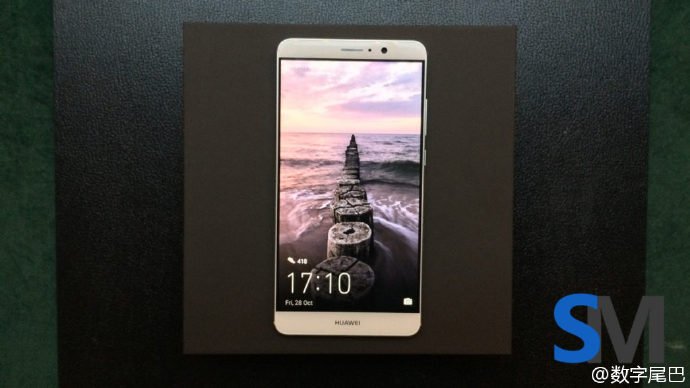 Huawei plans to announce his new phablet today Huawei Mate 9. According to a promotional poster leaked to China, sales of the new phablet will start tomorrow Friday 4 November in the country. 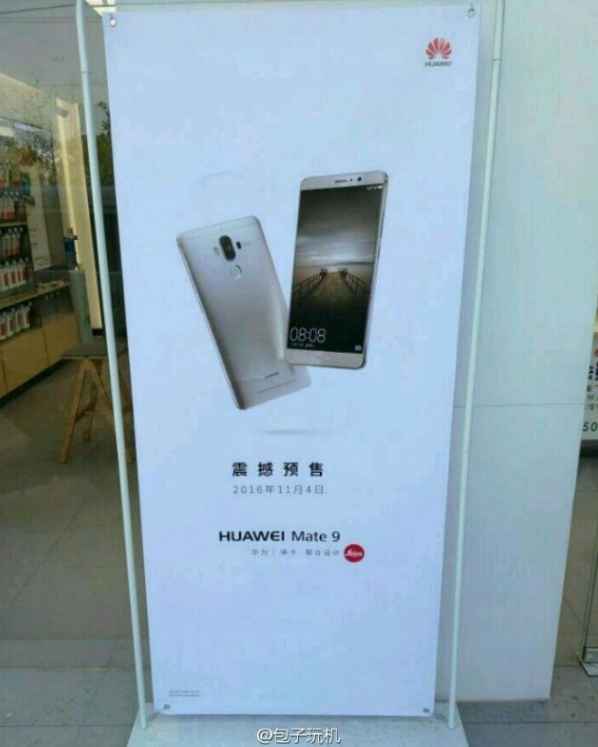 Huawei Mate 9: the phablet could be purchased in China as early as tomorrow

Il Huawei Mate 9 should have a display from 5.9 inches diagonal with resolution Full HD 1920 × 1080 pixels and moved by a processor octa-core Kirin 960 Series HISILICON.

One of the main features of the new phone will be the double main camera in collaboration with Leica. This should include two sensors from 20 + 12 mega-pixel.

As for the software side, the new one Mate 9 it should be moved by the operating system Android 7.0 Nougat with the proletarian interface Emotion 5.0 UI. An entrance should also be present USB Type-C, for an fingerprint reader placed on the back, a laser autofocus it's a double stereo speaker. 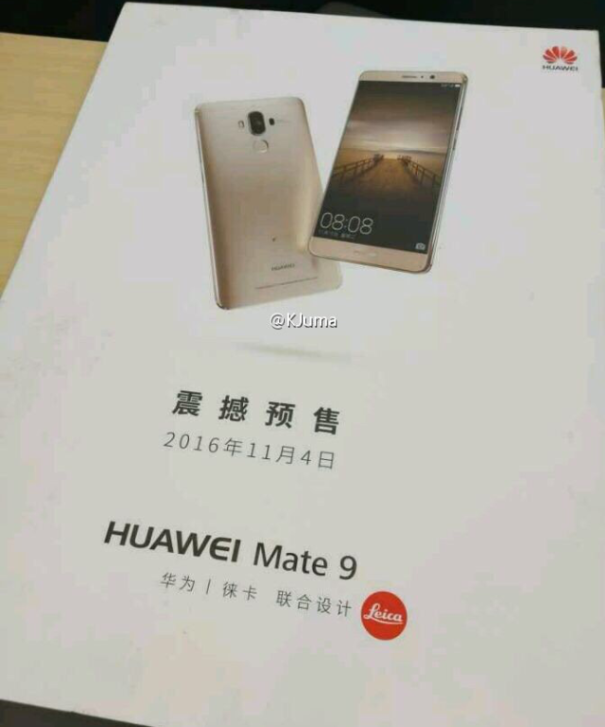