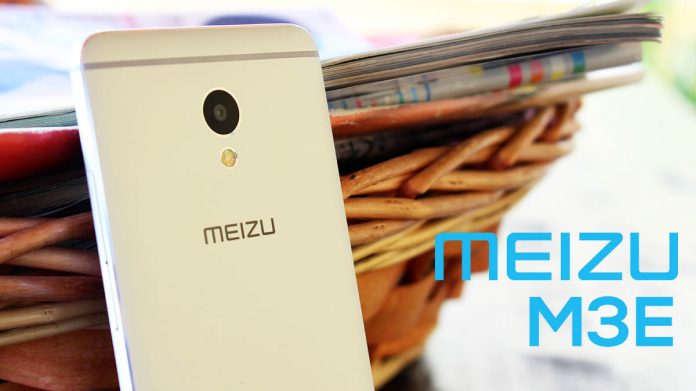 At the time of launch Meizu M3 Notes was idolized in many reviews, including ours. On the false line of the previous one, the Chinese company has recently launched a new and attractive device on the market: this is the Meizu M3E, smartphone that of poco differs fromM3 Notes and it is intended, however, to give satisfactions.

The cards in order, in fact, this Meizu M3E does he have all of them but will he actually succeed? Discover it with us in ours Full review. 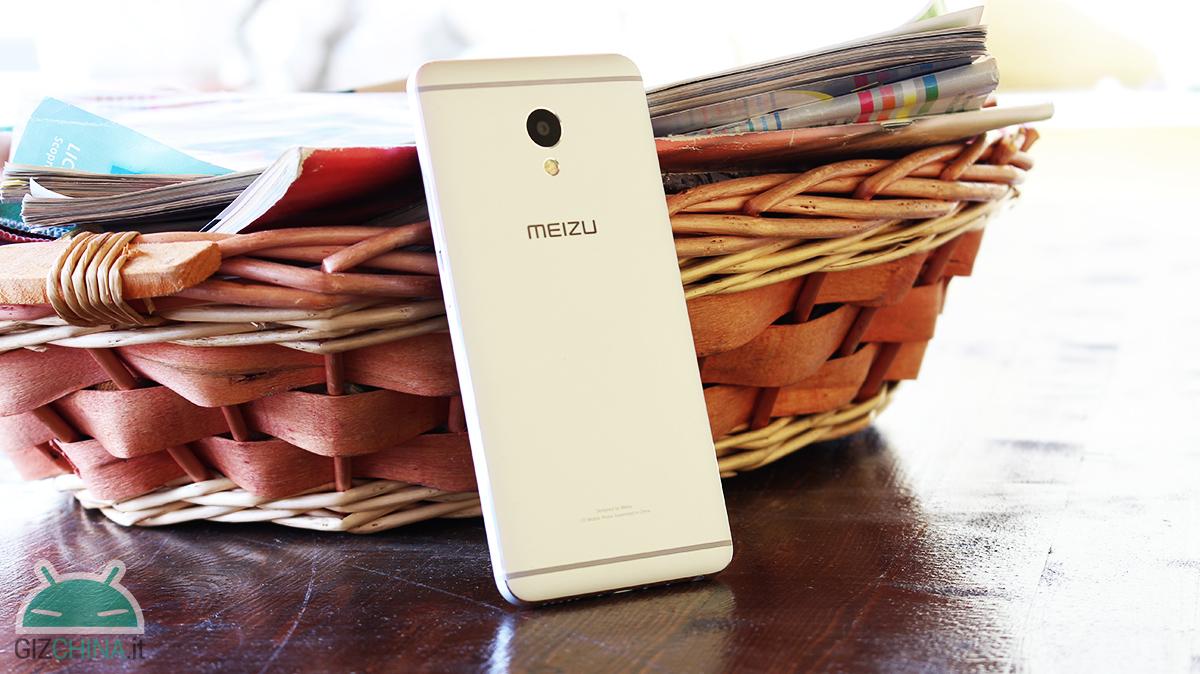 Let's skip the paragraph concerning the package sales, as Meizu sent it to us without it, as it is still a model not intended for resellers.

Coming then to the quality constructive, the design is confirmed and, as Meizu usually does, every detail has been taken care of in the smallest details, thus churning out a exceptional product under this point of view.

Made entirely of metal, the Meizu M3E, with its dimensions of 153.6 x 75.8 x 7.9 mm, can be easily used with one hand in any condition, even if it results slightly slippery due to the construction materials in which it is made. In the back, Meizu has adopted a sober style, as is usually used to doing; in fact, the back cover is only interrupted by the two horizontal bands, superior and inferior, useful to improve the reception (even if with poor results but we'll talk in a while ').

Good even the slight curves near the two long sides that allow ahandle more comfortable even to those with slightly smaller hands. Excellent positioning of the biometric sensor which remains in the front part, integrated into the button mBack: as always the unlocking results responsive and fast.

Analyzing the layout of the buttons and inputs, however, we are faced, starting from the bottom, at the connector mini jack for headphones, flanked by microphone, the connector Micro USB and speaker main. 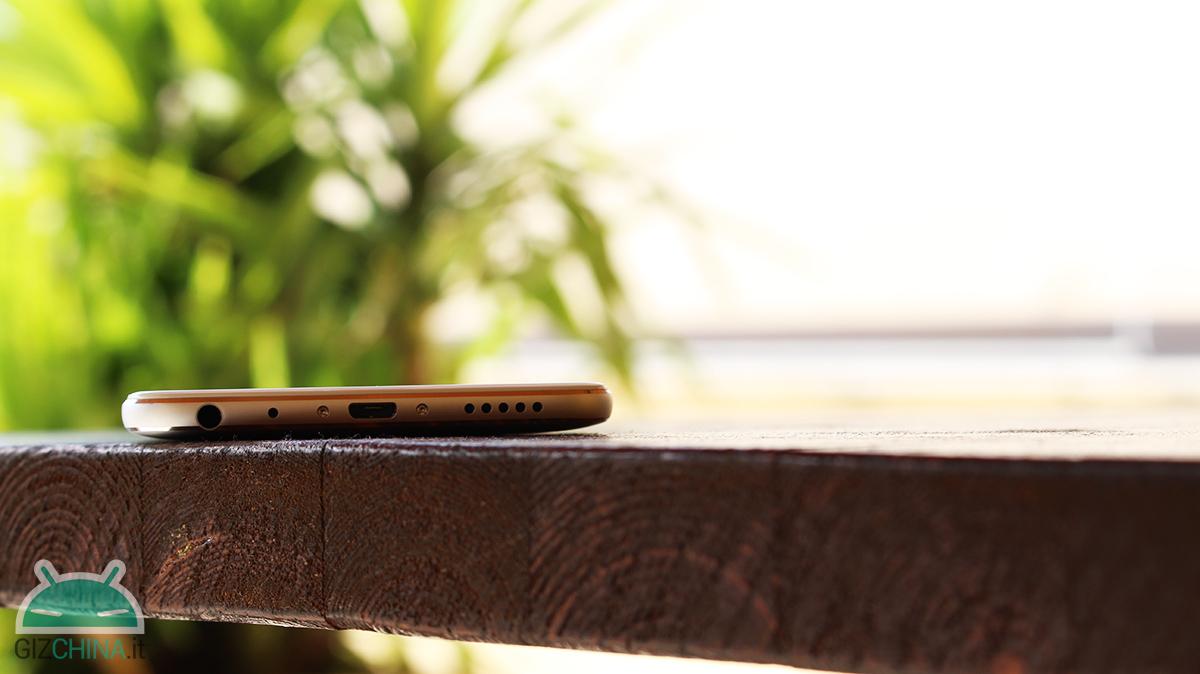 In the upper part, however, Meizu has inserted the solo according to microphone for noise suppression. 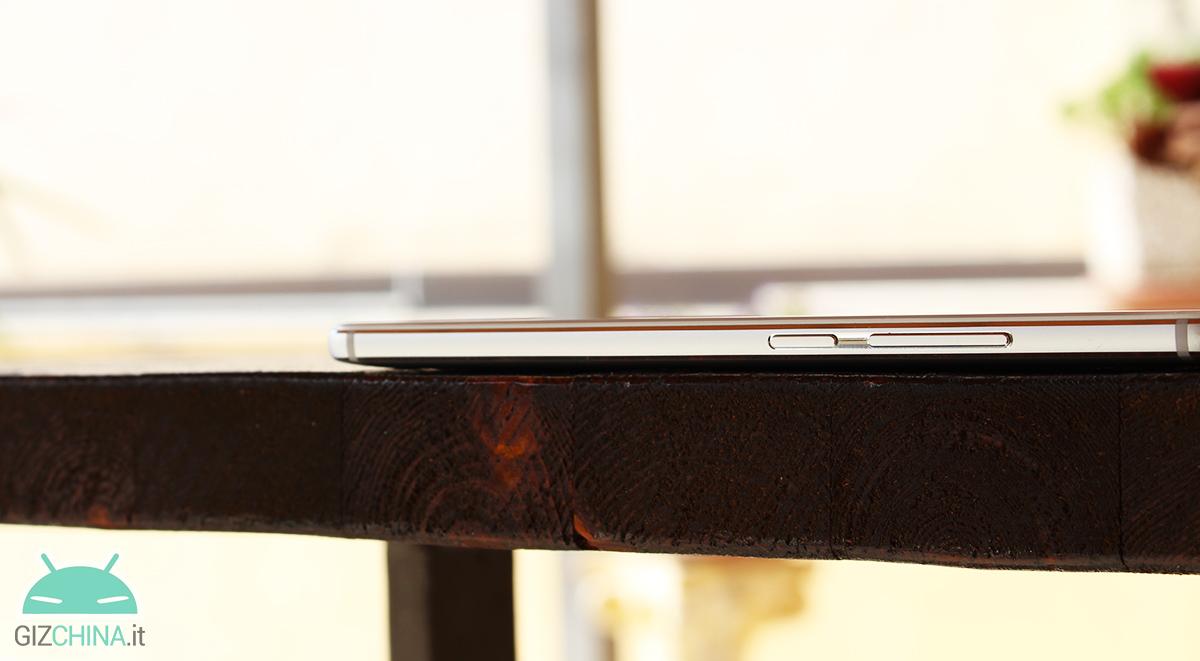 The right perimeter, on the other hand, houses the buttons for the volume adjustment as well as the power button. On the left, then, there is the slot for the insertion of the two SIM cards or a SIM and a micro SD for memory expansion. 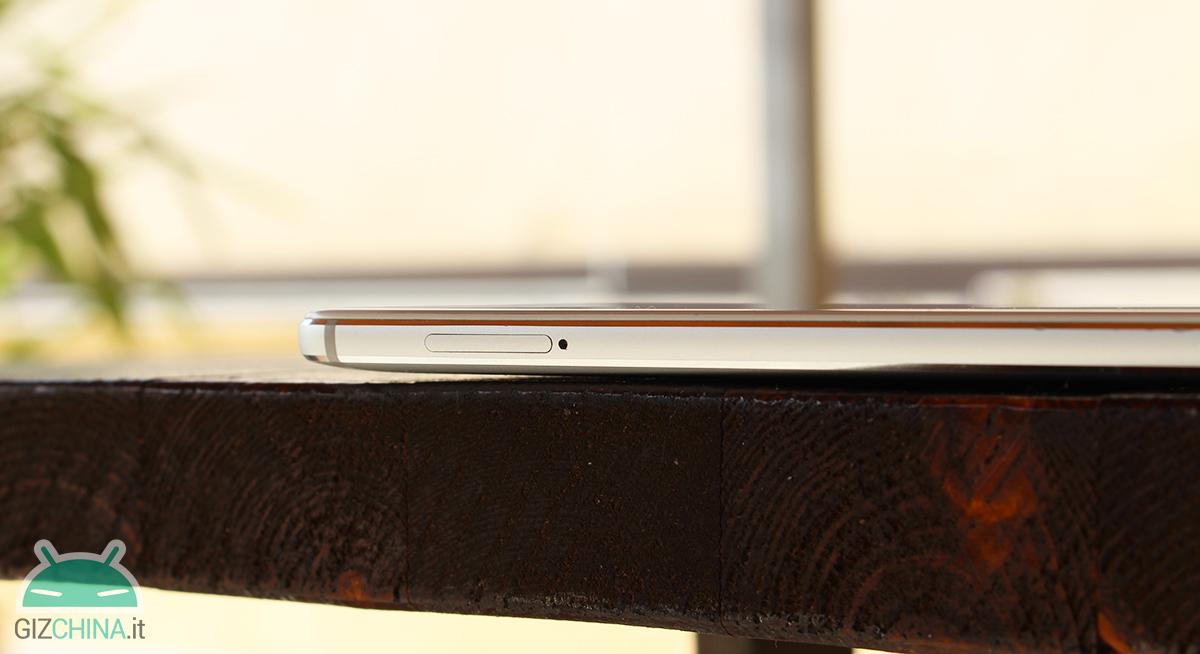 Equipped with a panel 5.5 inches of IPS matrix to 401 PPI and with resolution Full HD 1920 × 1080 pixels, the Meizu M3E amazes but does not captivate for the display. Overall it is one good unity enjoying aexcellent visibility under the light of the sun and a good calibration of the colors that, however, flaws in the management of blacks, which are not as profound as one would expect. 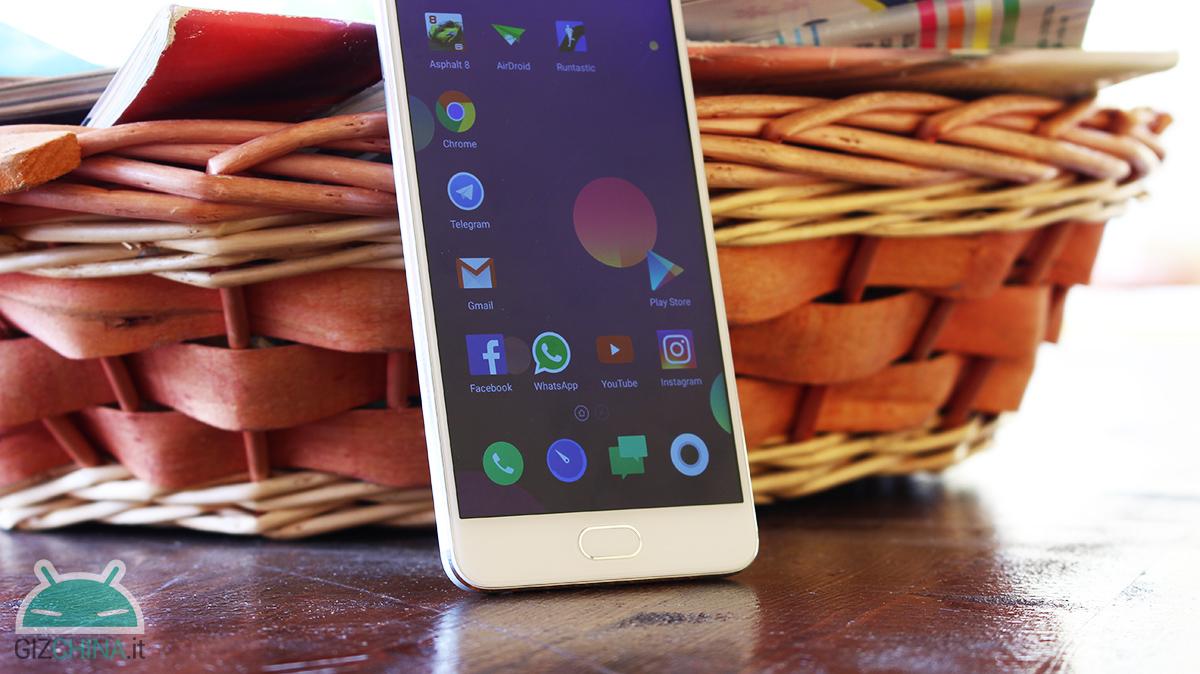 Good, however, is the automatic sensor for brightness adjustment which adapts quickly to changes in light; at the software level, then, Meizu, as usual, even on this model allows us only to customize the color temperature and nothing more.

At a technical level, moreover, the similarities with M3 Note are strengthened even more, with which this Meizu M3E it shares almost all the specifications.

In fact, on the M3E we find a SoC MediaTek MT6755 Helio P10, made with a 28 nm production process and including a CPU octa-core with architecture a 64 bit and maximum clock frequency of 1.8 GHz.

The hardware equipment is definitely of level (for the price range mentioned) and le performance offers, on the whole, are acceptable; there is no lack of sporadic lag or blocks but they are undoubtedly imputable to the software still in the "test" phase of which it is equipped. 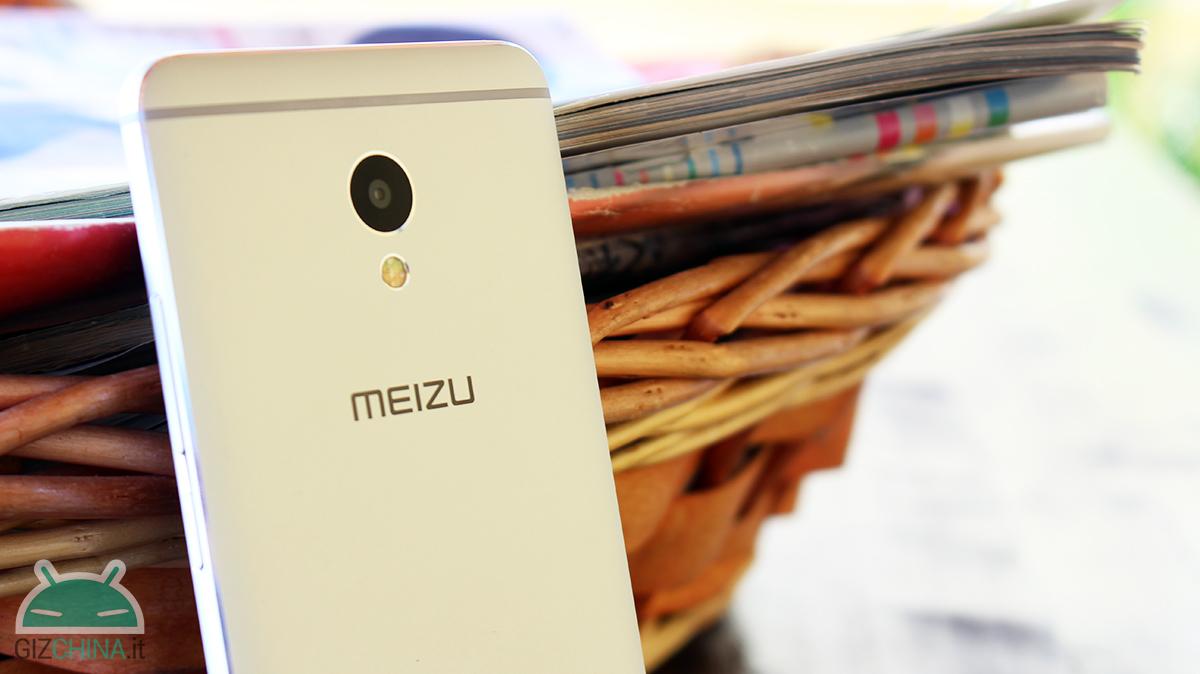 The part graphics it is instead entrusted to the ARM GPU Mali-T860 MP2 from 700 MHz, which behaves discreetly in the gaming phase, offering good performance even with more demanding games of resources, such as Real Racing 3 and Asphalt 8.

To complete the equipment, we have 3 GB di RAM memory LPDDR3 from 933 MHz and i 32 GB di internal memory, expandable through micro SD to 128 GB.

For what concerns the web browsing, as usual, we find the Meizu browser, with good performances but still with some flaws that, as often happens, leads us to prefer the good and dear Google Chrome, an evergreen for Android smartphones.

Meizu M3E owns a single speaker, located at the bottom of the device. The quality, although the volume is decidedly high, is only sufficient, since you notice a distortion listening to the medium-high frequencies at high volume.

L'audio in the headphones has a slightly low but qualitatively acceptable volume.

The Meizu M3E guarantees support for the dual SIM dual stand-by type with support to 4G, even if, as is now customary for these brands, 20 band from 800 MHz is not supported.

Indeed, the lack is felt for those who, like me, live in a small country and use operators who rely on this band on a daily basis. Nothing serious, though: you still manage to surf quickly and make high quality audio calls.

Beyond that, connections are also present 802.11 Wi-Fi a / b / g / n Dual Band e Bluetooth 4.0, both very stable, and the GPS / A-GPS / GLONASS which has always proved to be precise and flawless in everyday use.

Equipped with a camera from 13 mega-pixels with sensor Sony IMX258 Exmore RS, the Meizu M3E on the photographic sector turned out to be one nice surprise, a bit like the Meizu M3 Note, even if the sensor used was not a Sony but a OmniVision.

Leaving aside technicalities and comparisons, the Meizu M3E is able to guarantee shots in daytime, including macros, really of very high level and the photos in the gallery below are the testimony. A pity, however, is to see the shots in night, where the noise is evident and the flash often Migliora poco the situation; it must be said, however, that the device handles the lights well and in focusing it is fast.

Good, but not exceptional, it's the front room da 5 mega-pixels, which, both in the daytime and at night, touches on sufficiency but nothing more. The Meizu software, then, as usual it is well equipped and, for those who are more experienced, among the various modes, we find a manual option that allows the modification of many parameters, including ISO and exposure.

Again, logically, we are faced with an interface Flyme, Based on Android 6.0 Marshmallow, even if not yet in its final version. At the moment, in fact, there is the Italian language and Google services are already installed, even if, in the "Information" menu, it is not possible to know the software version or to obtain information on the device hardware, indicating that it is a test version and not that which will be launched on the market.

The performances, however, are on average good even if there are sporadic blocks, bugs and slowdowns of the system that, no doubt, will disappear as soon as it updates to the stable version.

Equipped with a battery alone 3100 mAh, with Meizu M3E we are very far from the 4100 mAh of MXXUMX Note; it must be said, however, that M3E gets along exceptionally, managing to guarantee 3 1.5 hours of active screen on an 4-14 base of average use.

The charging times of the device, using a traditional 5V 2A charger, are below the 2 hours.

Meizu M3Etherefore, it represents a device potentially interesting but with some precautions to be reviewed; at the moment, without a doubt, our opinion is negatively influenced by the software of which the product is, for the moment, equipped.

However the device promises well and we hope in remarkable improvements in the software definitive with which it will certainly be marketed.

Il Meizu M3E, like all the devices produced by Meizu, will soon be available in our country, with shipments from Italy e Italian guarantee, its MeizuMart.it.