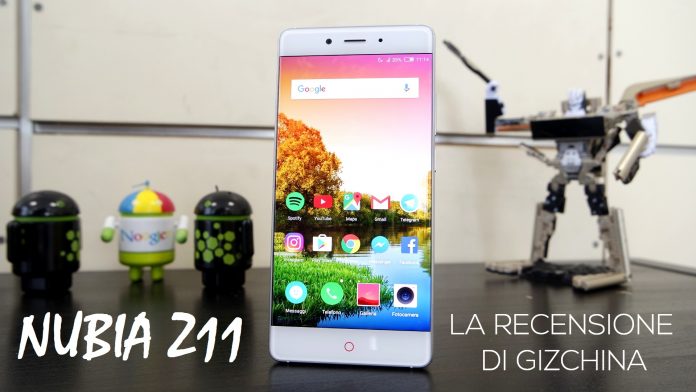 During the 2016 I was able to test virtually all the various top of the range Asian (and not), each with his own strengths e defects.

After 2 weeks of intensive use, I can define this Universal Z11 in 2 ways: power ed equilibrium. Why? Let's find out in ours Full review! 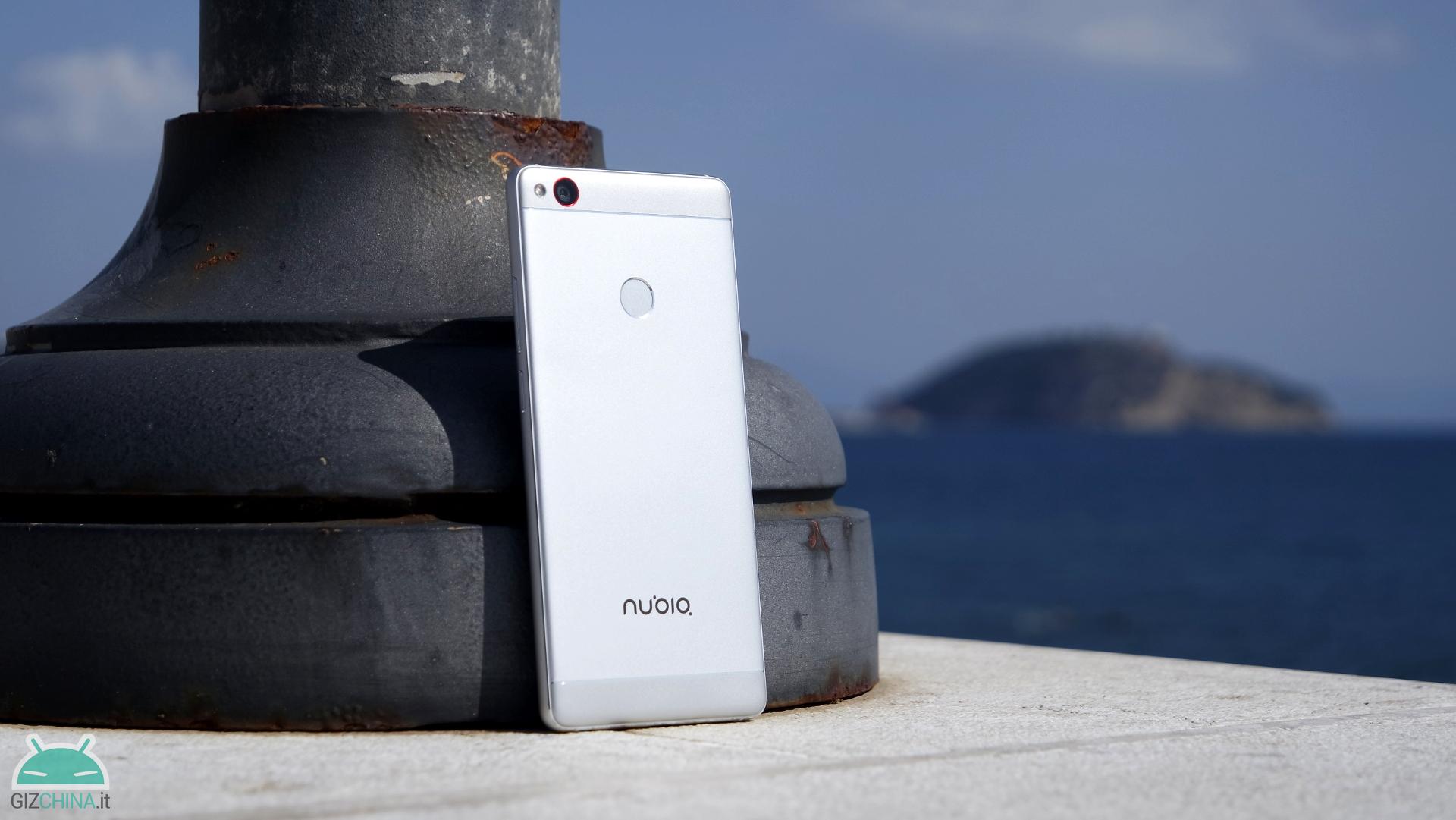 Il Universal Z11 is officially available in Italy through NubiaMobile.it at a price of 449 €, with Free Shipping dall'Italy e 24 months warranty Italian.

Starting from package, the Nubia Z11 includes the following equipment: 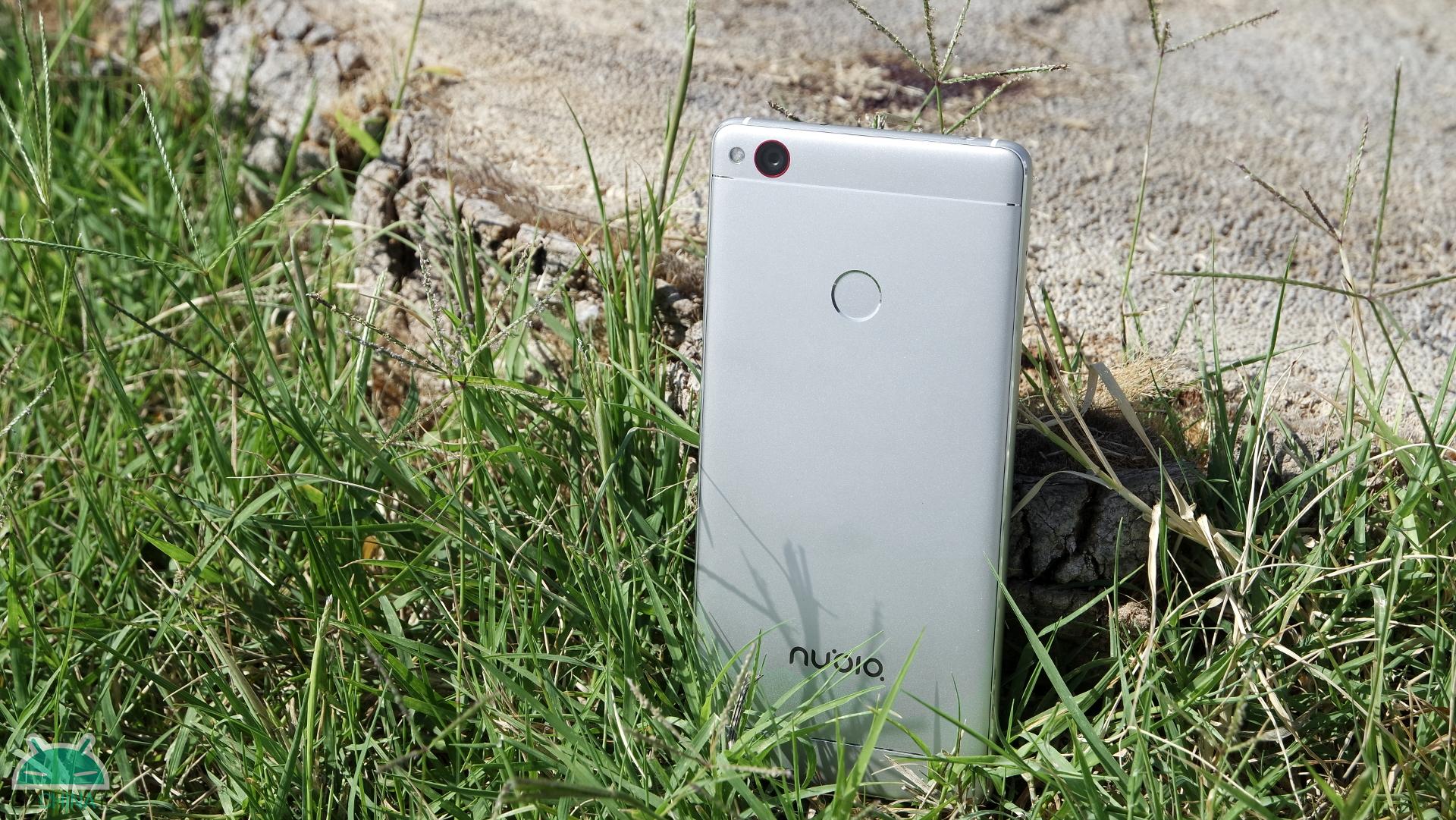 With a shell made of aerospace aluminum, the Nubia Z11 owns a solid assembly e free from imperfections, offering a good grip and not being excessively slippery. 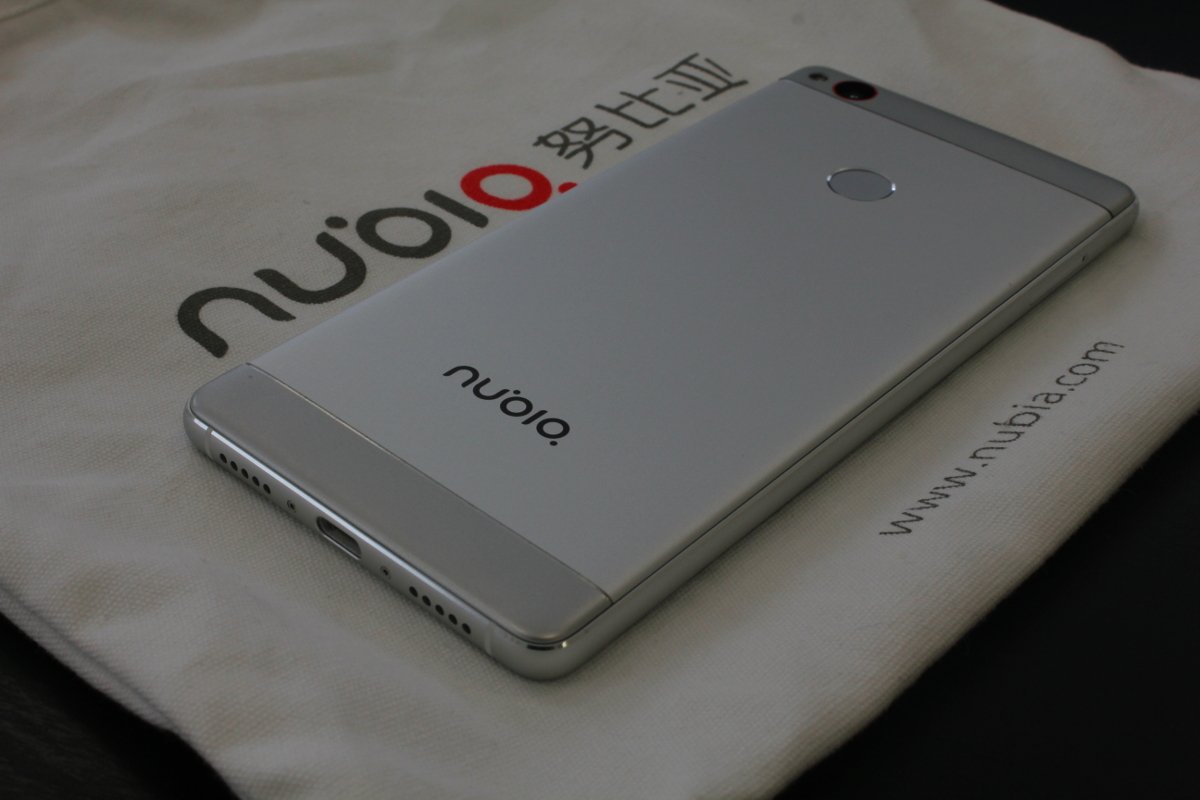 On the back cover we find the biometric sensor, the company logo and the camera from 16 mega-pixels with dual LED dual tone flash, while frontally we see the sensor from 8 mega-pixels together with the various light and proximity sensors and the ear capsule. 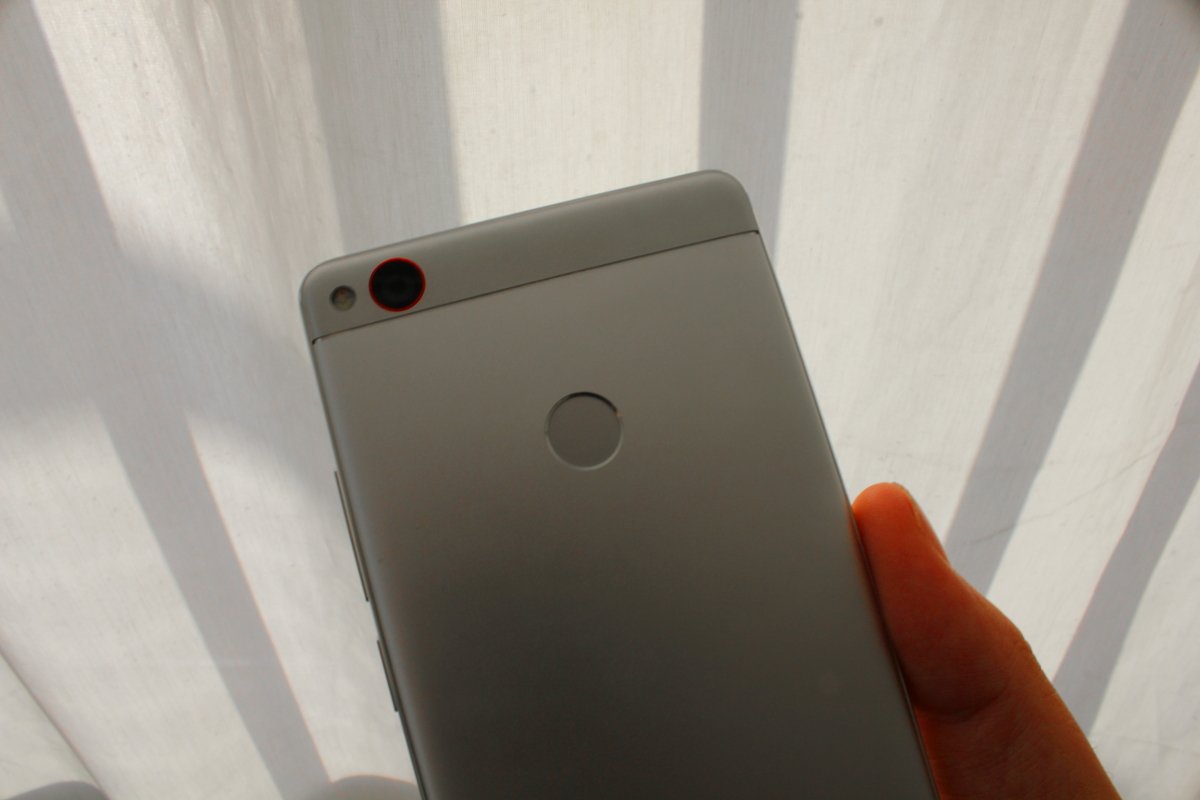 Il Notification LED it is instead located at the bottom in central software key in classic Nubia style. In addition to being able to set the intensity manually, the brightness can also be adjusted automatically using the appropriate brightness sensor. Next to it are the 2 capacitive keys, switchable through the appropriate menu. 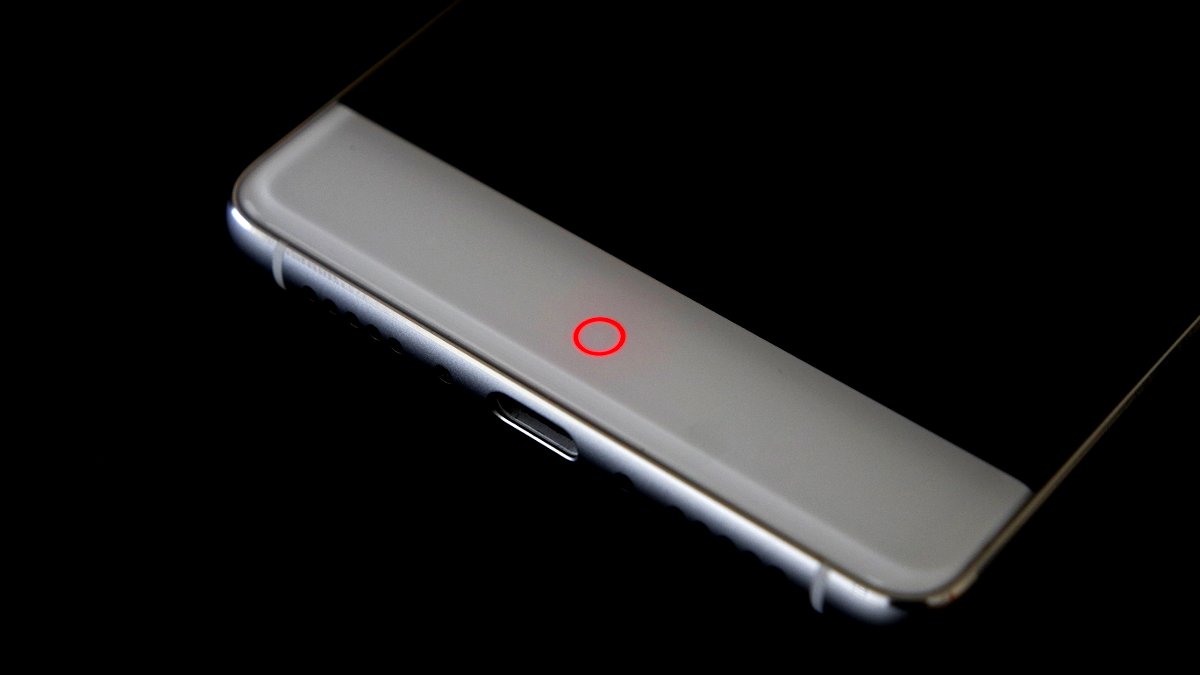 On the left side there is the dual SIM / microSD slot with expansion up to 200 GB, while on the right side are located the Power button and the volume rocker. The entrance is located below USB Type-C, the speaker and the main microphone, assisted by the secondary one placed at the top together with the IR sensor and at the mini jack entrance.

It can also be used for some gestures, including the ability to shoot photo, block the start of the app and to carry out screenshots, which can be modified in shape and length. You can also start video recording of the display. 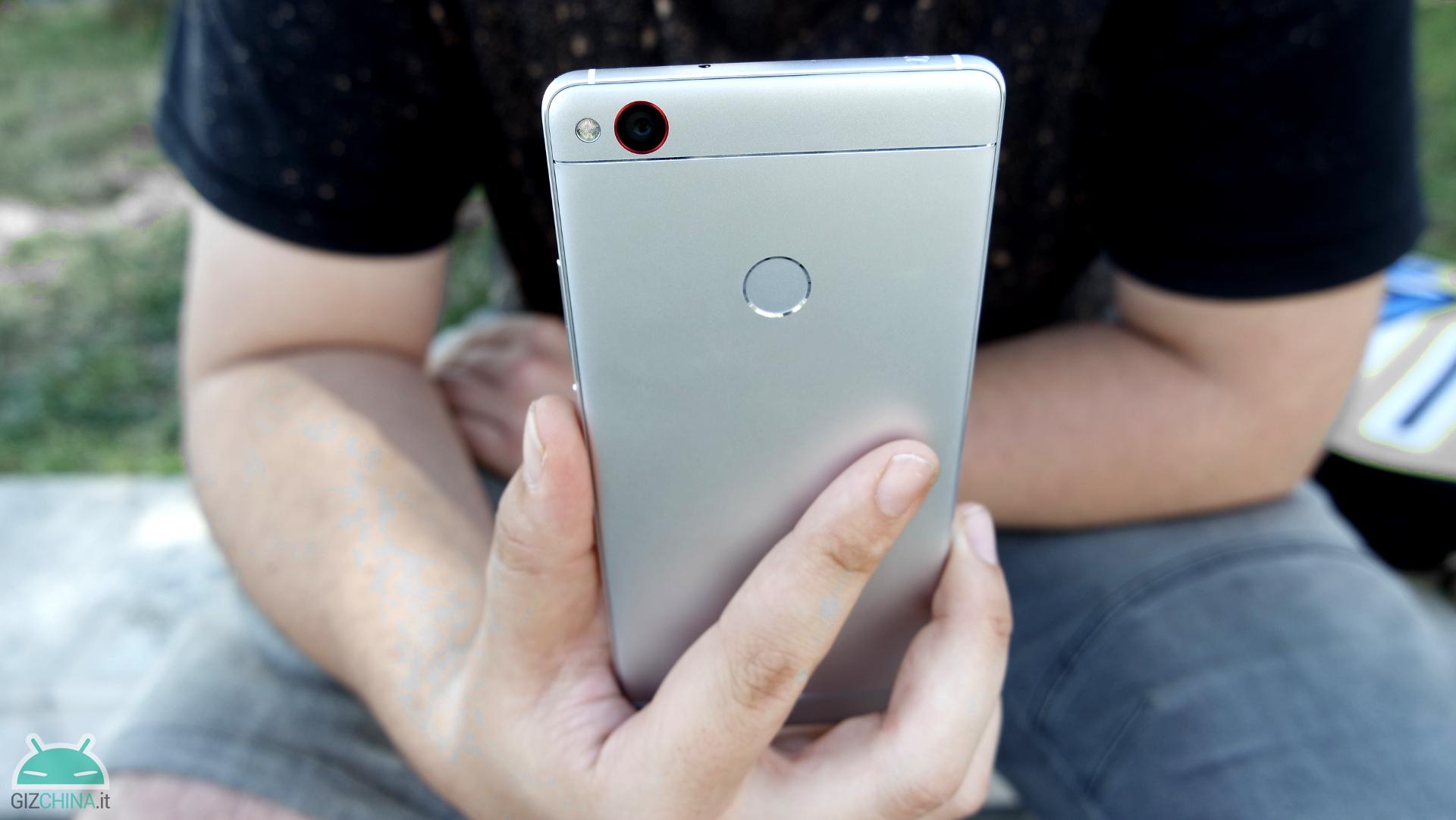 But it is frontally that the Universal Z11 from the best of itself, thanks to the display borderless da 5.5 inches diagonal with resolution Full HD and density of PPI 401, protected by a Corning glass Gorilla Glass 3. 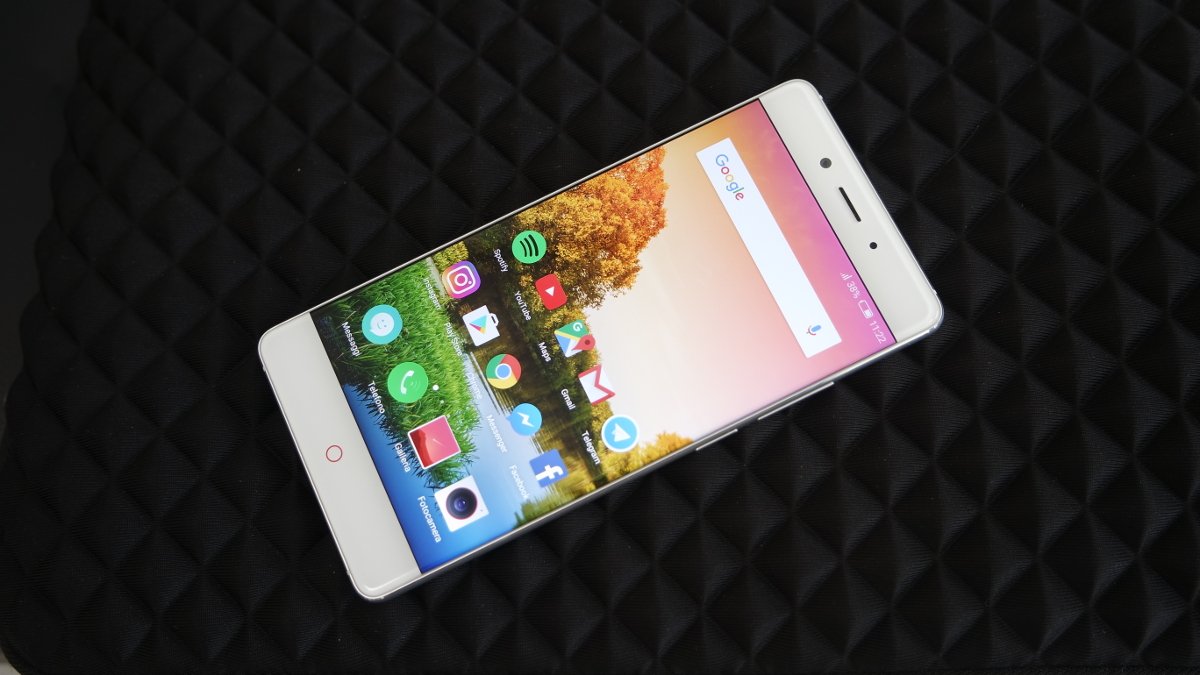 The panel flows into the metal frame with a light one curl 2.5D which, not being too pronounced, does not particularly affect the daily use with possible involuntary touches of the screen.

Le curvatures of the display can be exploited for various gestures, more or less useful: 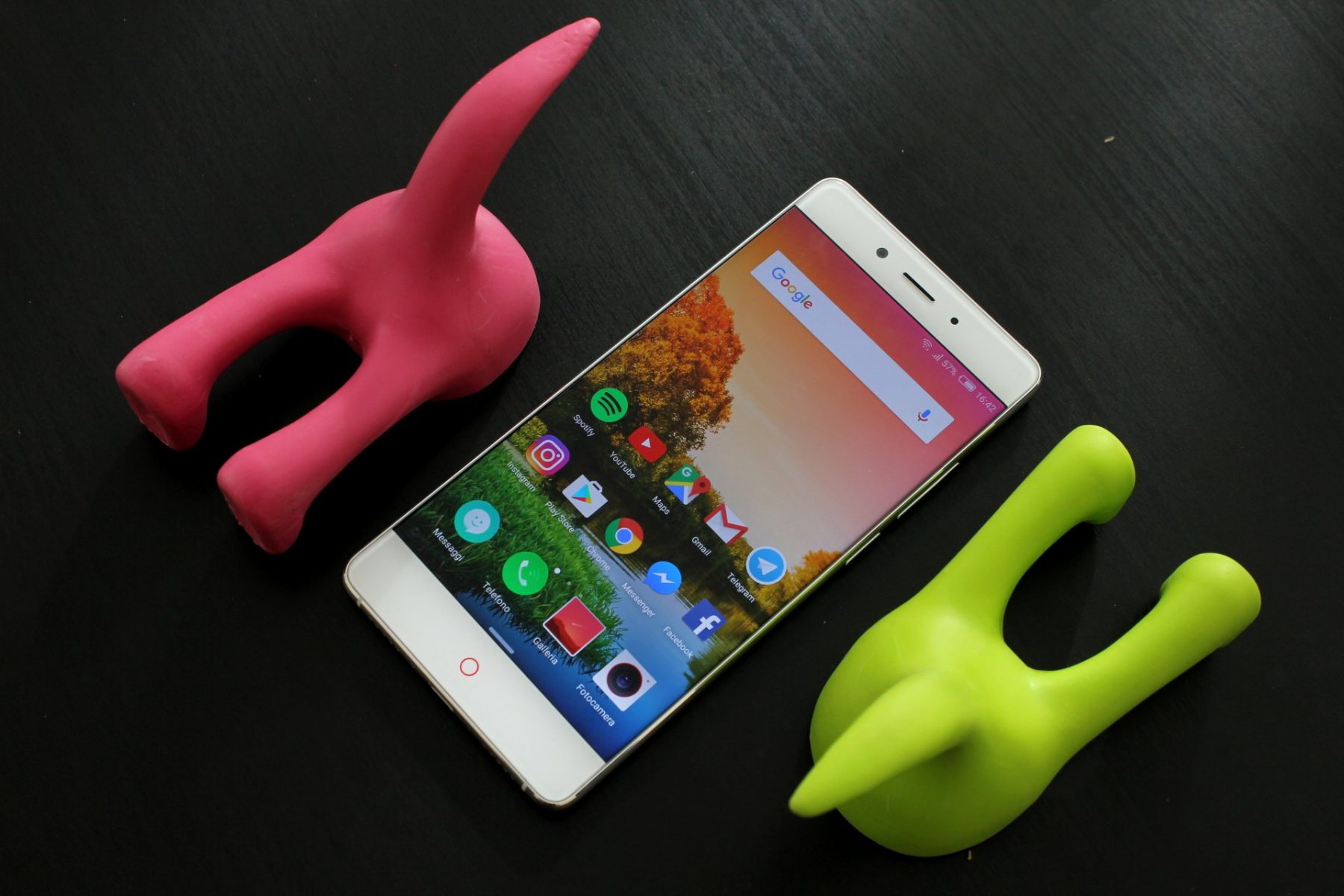 Beyond the aforementioned software functions, the quality of the panel is very good, which, although of type IPSOffers very vivid colors but never too saturated, with tone black and white well balanced, in addition to a excellent viewing angle. It is also possible to adjust the color balance of the display via a special option.

Moving to the hardware sector, the Nubia Z11 is based on Qualcomm Snapdragon 820, which is a chipset quad-core to 64 bit with 2 cluster Kryo: 2 x 2.15 GHz + 2 x 1.6 GHz. This solution guarantees aexcellent fluidity in daily use, thanks also to the 4 GB of RAM L dual channel from 1866 MHz and excellent software optimization. 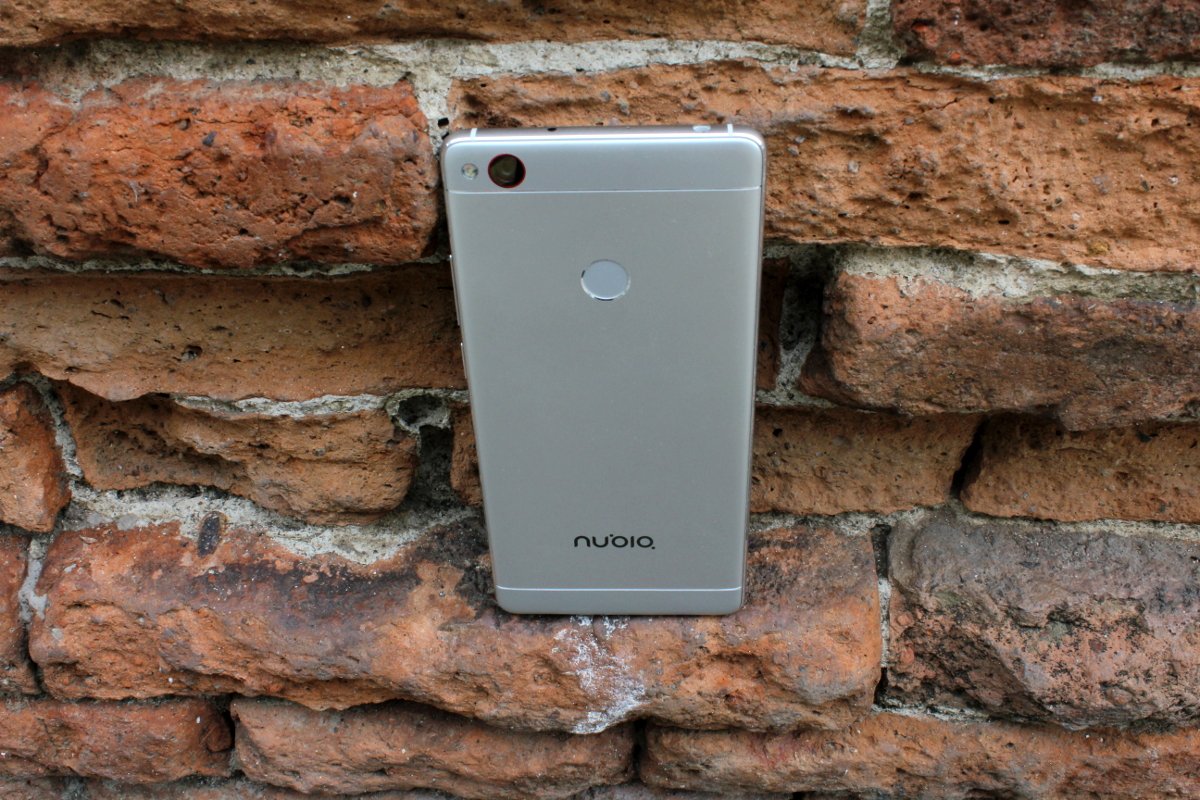 Obviously the GPU is theAdreno 530, whose gaming performances are now known, with a graphic detail and a frame rate ai maximum levels.

No problem as for the web browsing, either with the default browser or with Chrome, or for the video playback with support for files in 4K.

Everything is managed by the interface Neovision of Nubia, which allows various types of shots:

The shots taken in conditions of good brightness are among the best in the sector and in my opinion better than other devices with the same sensor on board, such as the Xiaomi Mi 5. Well reproduced colors and calibrated and aexcellent definition, thanks to the intervention poco invasive of software that does not go to excessively reduce the noise by affecting the dynamic range.

Also presentHDRalso well balanced and do not pacchiano. There speed of focusing PDAF è very good and shutter speed, even in the dark, it turns out lightning.

In night mode the quality does not drop excessively, even if noise is visible in the darker areas, a factor that can still be solved through the mode Electronic opening, which, while making a crop of the image, but to file the noise without excessively knead the image.

La quality it's definitely good, thanks above all to the optical stabilization, all with a quick exposure calibration.

Il audio compartment It is another of the areas in which this Z11 shows muscles. Although there is no system with front speaker / i, thespeaker lower provides a quality output e full-bodied from the dB point of view.

Furthermore, the implementation of the AK4376 audio chip guarantees aexcellent sound quality in headphones exploitable with good-quality in-ear headphones included in the package. Everything is favored by the support Dolby Atmos, with which you can equalize the audio to your liking or through some presets. 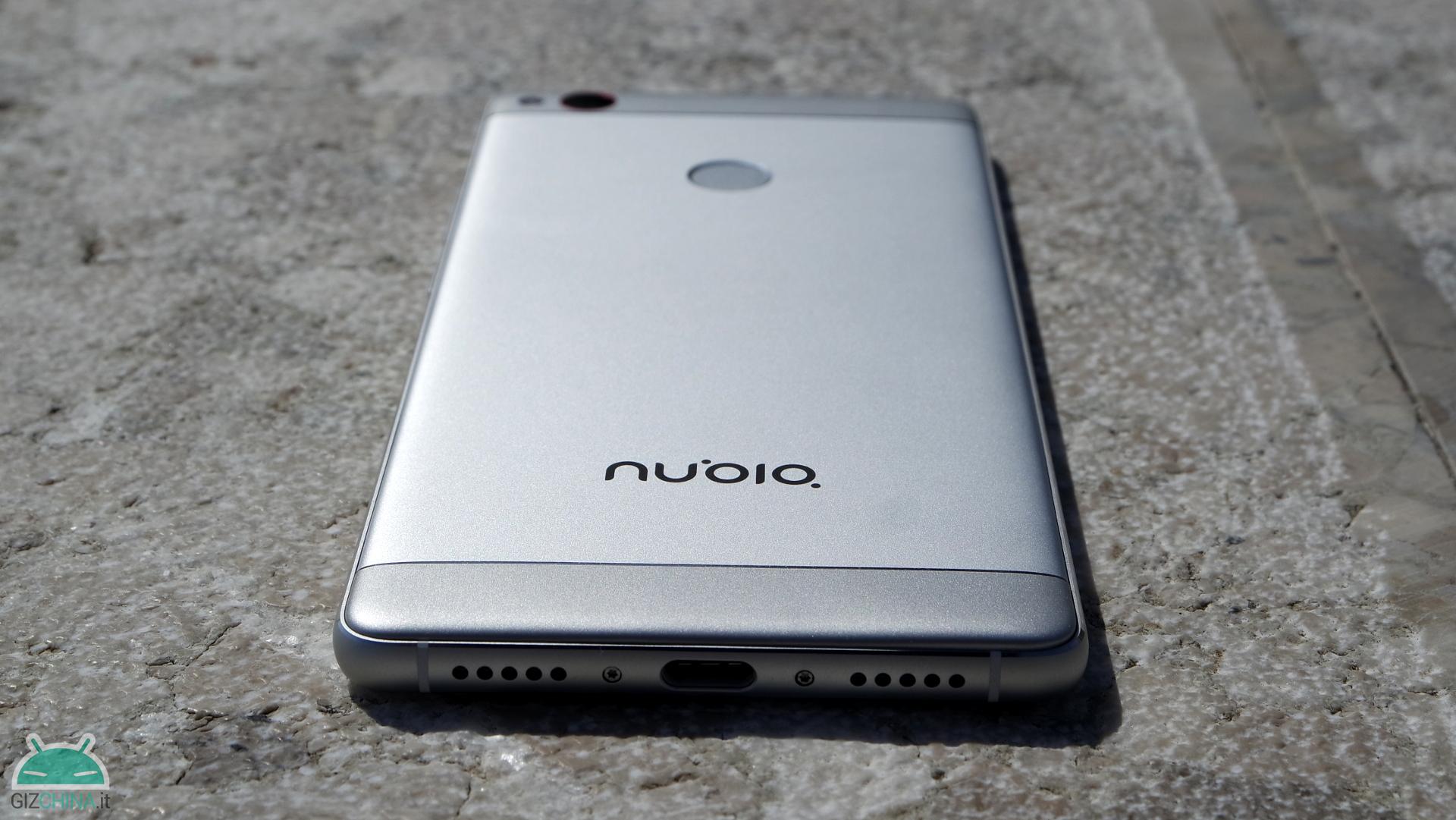 In the high-end of Asian smartphones, some companies are starting to implement the 20 band on board the devices, and one of these is just the Universal Z11, with which you do not therefore have major problems even if you are a customer wind.

That said, the quality of the calls è appreciable, both as audio in capsule and as reception, given the good signal strength even in points with weak signals. Support is present dual Nano SIM 4G stand-by with Volta and possibility of hot switching of the 4G network between the 2 SIMs by means of the special quick toggle. 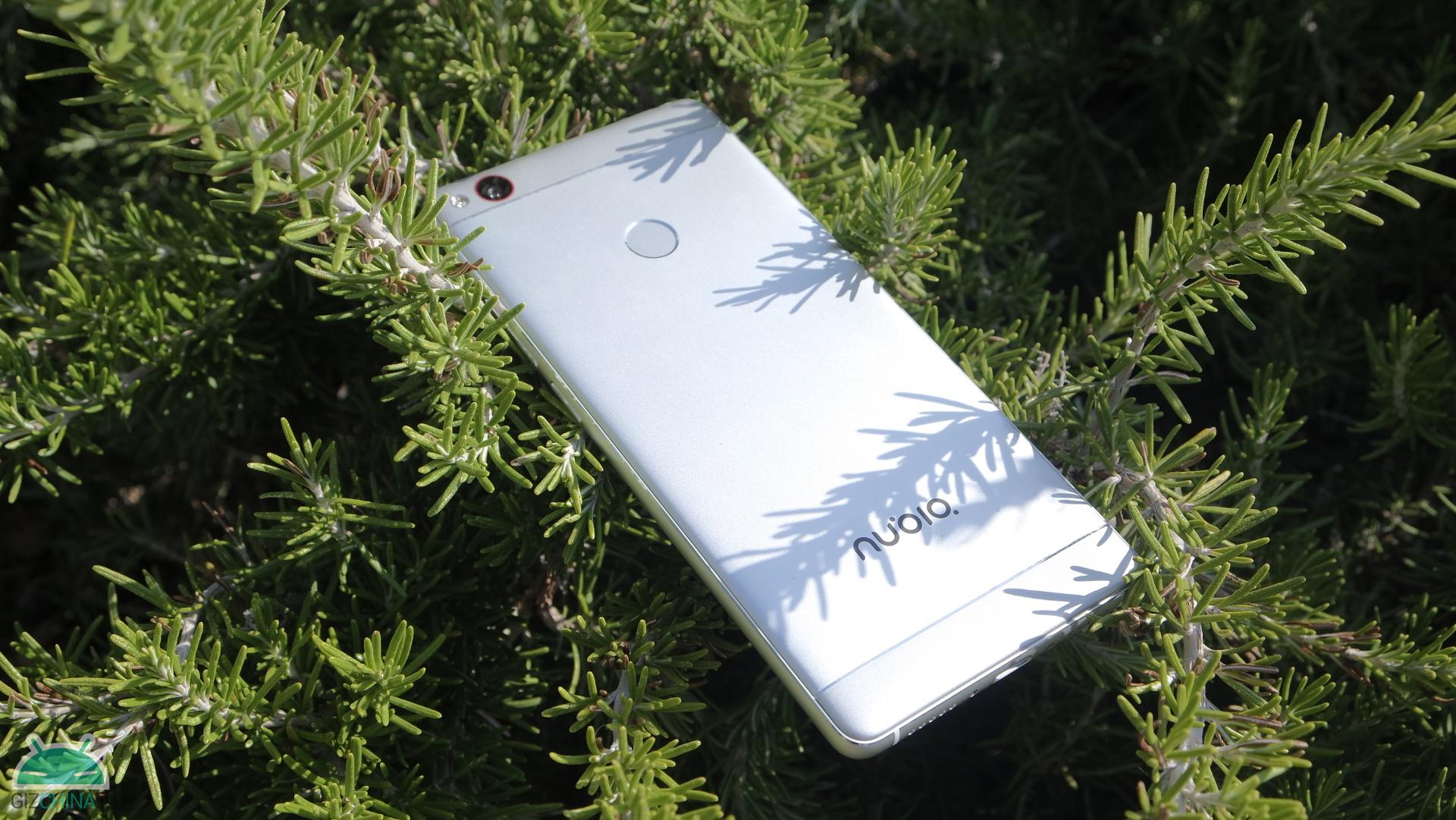 Also presentNFC and IR sensor, in addition to Wi-Fi 82.11 a / b / g / n /ac Dual Band from the excellent reception. No problem even for Bluetooth 4.1 and satellite navigation, given the presence of GPS / A-GPS / sensorsGLONASS and compass.

He takes care of everything Android 6.0.1 Marshmallow with interface Nubia UI 4.0, which, besides having been revealed very stable ed free of bugs or malfunctions, offers a variety of features, many of which are listed during the review. Regarding Android 7 Nougat, the company has confirmed its arrival during thebeginning of 2017.

But one of the most interesting features is certainly it Split Screen, which actually goes to split the display into 2 independent interfaces with the possibility of being able to open any app. Then present further gestures, including the always useful double tap to wake and the screen lock through the palm of the hand. 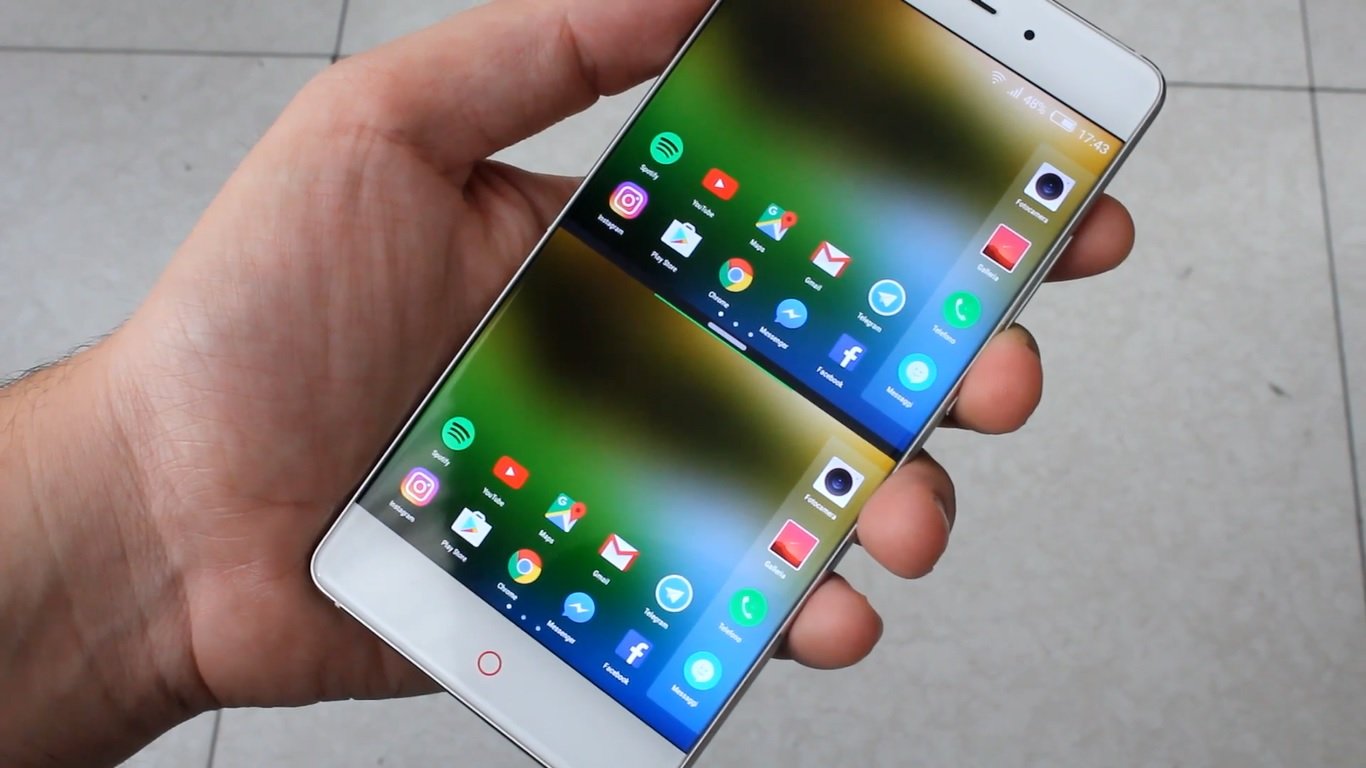 Finally we talk about autonomy, guaranteed by the built-in battery 3000 mAh. Unfortunately, the Nubia UI does not offer the possibility to display the hours of active display or use of the app, but I can assure you that with several days of intense use especially during IFA and with various charging cycles behind, this phone is one of the few top of the range that has always managed to bring me in the evening with still a fair percentage of battery remaining, with an estimate of the hours of active about 5 hours with fairly intense use, with 2 mail in push, all active social networks, use of GPS and mixed networks between 4G and Wi-Fi.

Regarding the speed of recharge, thanks to Qualcomm's support Quick Charge 3.0 you can fully charge the phone from 0 to 100 in about 1 now and 15 minutes. 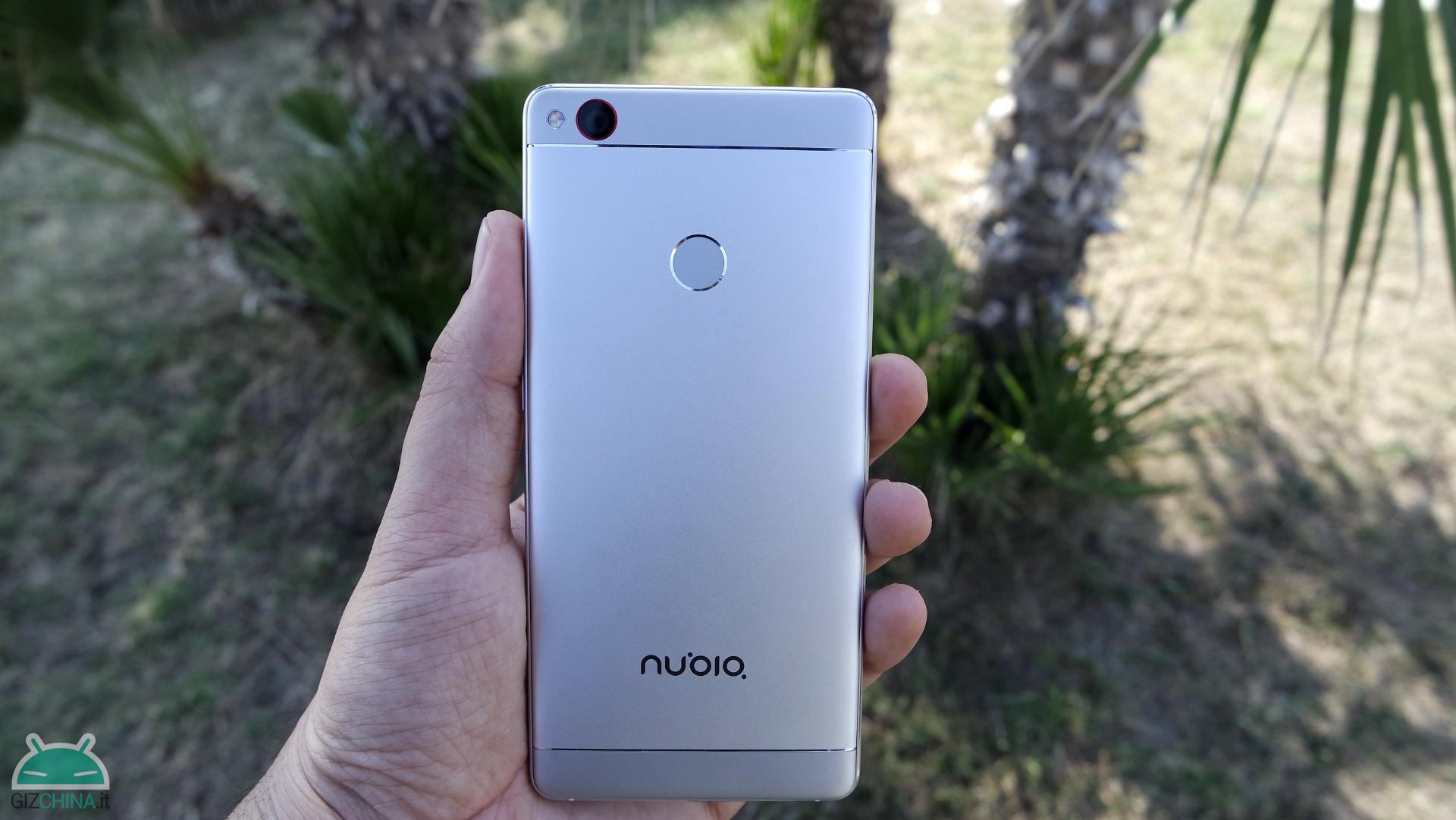 At the end of the review, you probably understood what I meant by "power ed equilibrium". This Nubia Z11 is a top of the range at 360 °: design cured and one uncommon, hardware high-end uncompromising, multimedia sector especially for the first level audio, battery satisfactory and one software varied and reliable.