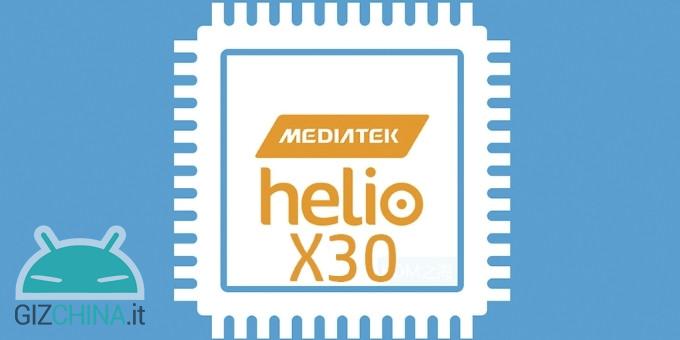 We already knew from the end of this summer that MediaTek he would soon announce a new processor di high-end, Or the MediaTek Helio X30: the new high-end chipset was officially presented yesterday.

The new Helio X30 it was made with a production process a 10 nm and supports up to well 8 GB di RAM. The new SoC, in particular, is a deca-core made with the technology a 10 nm di TSMC.

MediaTek has replaced the two cores Cortex A72 the predecessor Helio X20 with the new ones Cortex A73. These turn at a clock frequency of 2.8 GHz. The rest of the 8 cores also achieved an increase in clock speed.

Il MediaTek Helio X30 is able to offer, according to the data reported by the company, a energy saving of 53% and an improvement of the performance of 43% more than the previous model. 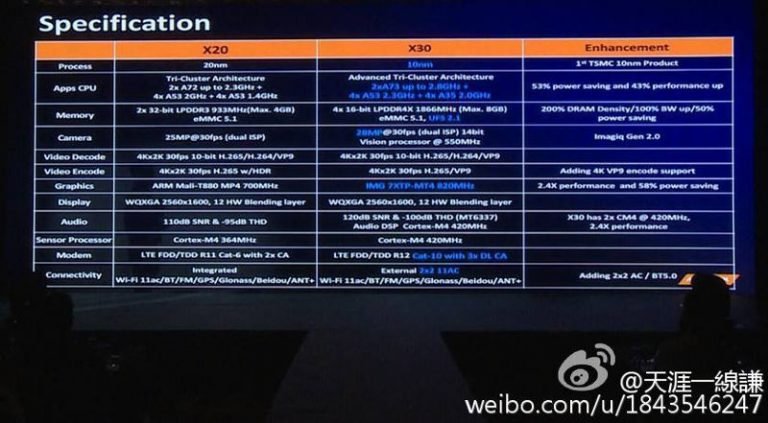 Other technical features revealed by the Taiwanese company on the new chip include the aforementioned support up to 8 GB di RAM, plus cameras up to 28 mega-pixels.

Instead of the Mali-T880 GPU on the X20, the new one MediaTek Helio X30 is flanked by the graphics card PowerVR 7XT. This offers performance up to 2,4 times greater compared to the aforementioned GPU. According to the Asian brand, the new processor will go into mass production from the first half of the 2017.

Together withX30, the Taiwanese company has also announced the new ones Helio P20 e P25. If we already know part of them technical of P20, it is reasonable to assume that theHelio P25 it will be identical, but with one clock frequency slightly greater.

The company only revealed that the new chips in the series Helio P bring a increase of the performance of 20% compared to the current one Helio P10.

Nothing reacts to the Phone (2), Watch (1) concepts and more

Oscal S80 is the new rugged phone with a super battery...