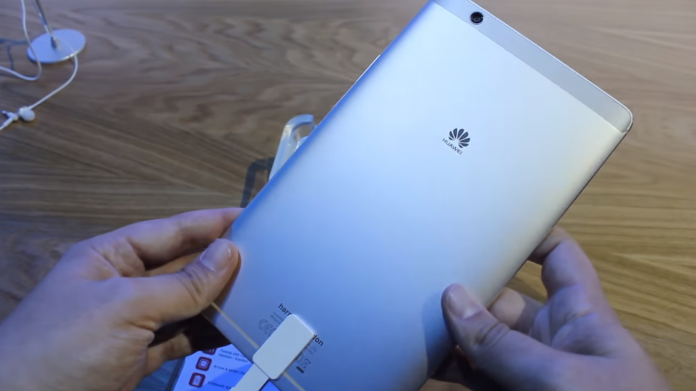 The event was held last day Huawei at the Velodrom in Berlin on the occasion of IFA 2016, during which the company presented several devices, including the Huawei MediaPad M3.

Let's find out, then, technical, price and date of sale.

From the constructive point of view the Huawei MediaPad M3 comes with a shell in metal very well done and with a display from 8.4 inches with resolution 1440p. 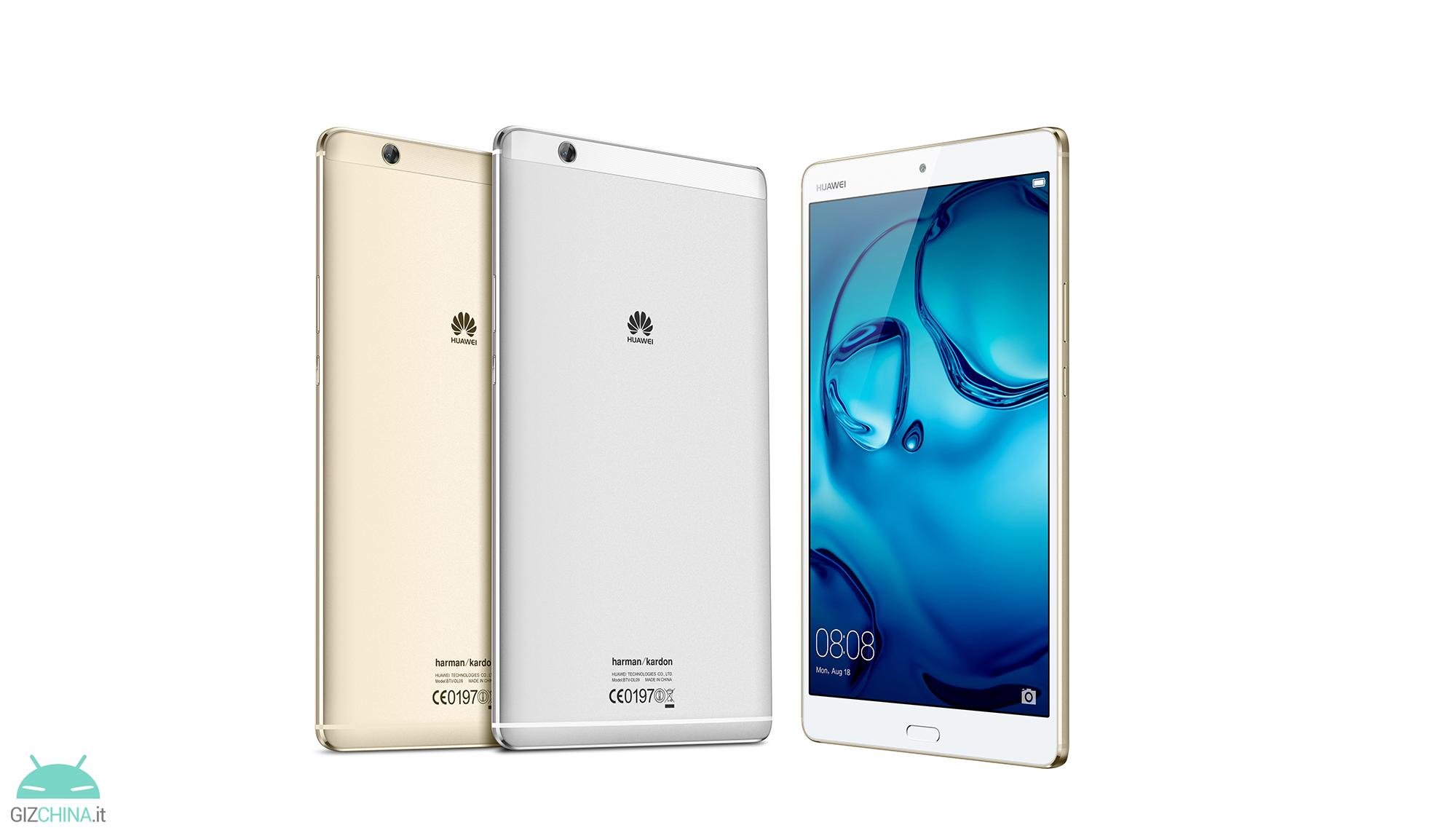 Always frontally we find the fingerprint reader, whose operation is not limited only to the release of the device, but also to some gestures with which to favor the use and go in part to replace the soft keys on the screen.

We are talking about a tablet focused on multimedia: in fact, inside we find an audio chip HiFi which manages the double stereo speaker realized in collaboration with Harman and Kardon. If this were not enough, the device will include in the package a pair of in-ear headphones AKG.

Moving to the hardware compartment, on the terminal we find a high-end configuration, with a processor Kirin 950 combined with the GPU Mali-T880, 4 GB of RAM and 32/64 GB of expandable memory.

Everything is managed by a battery from 5100 mAh ed Android 6.0.1 Marshmallow with proprietary interface Emotion UI 4.1. 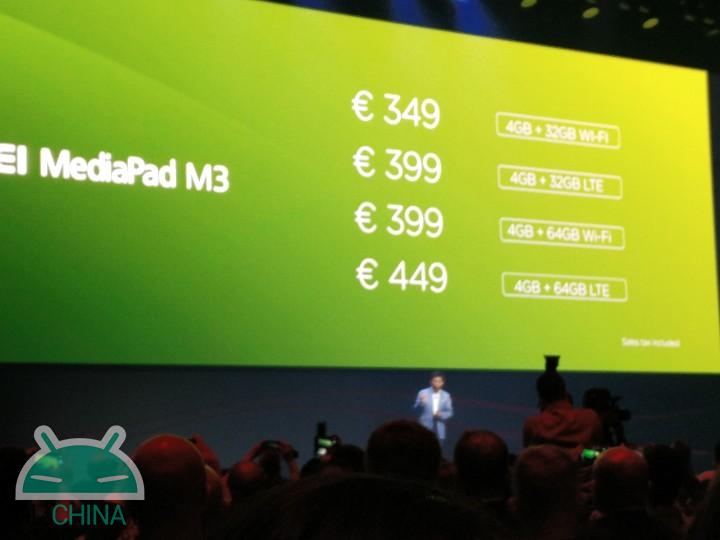 Il Huawei MediaPad M3 will be available on the market in the following variants: