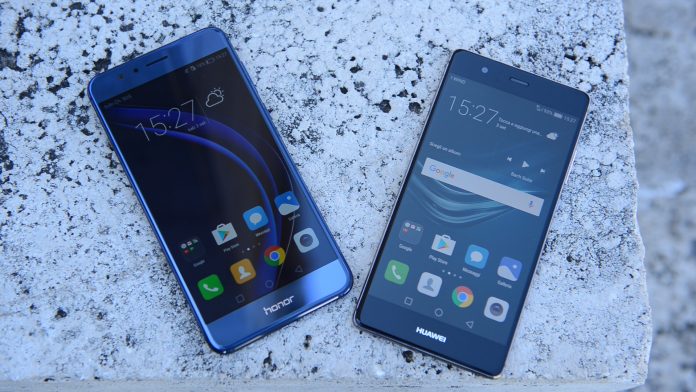 Two similar devices, but which are faced with blows of design ed optimization. Kirin 950 per Honor 8 e Kirin 955 su Huawei P9, processors children of the same generation, but with slightly different clock. Also the quantity of RAM that becomes well 4 GB on the registered device Honor.

But leaving out the features, which of the two is worth buying? Let's find out together in ours comparison! 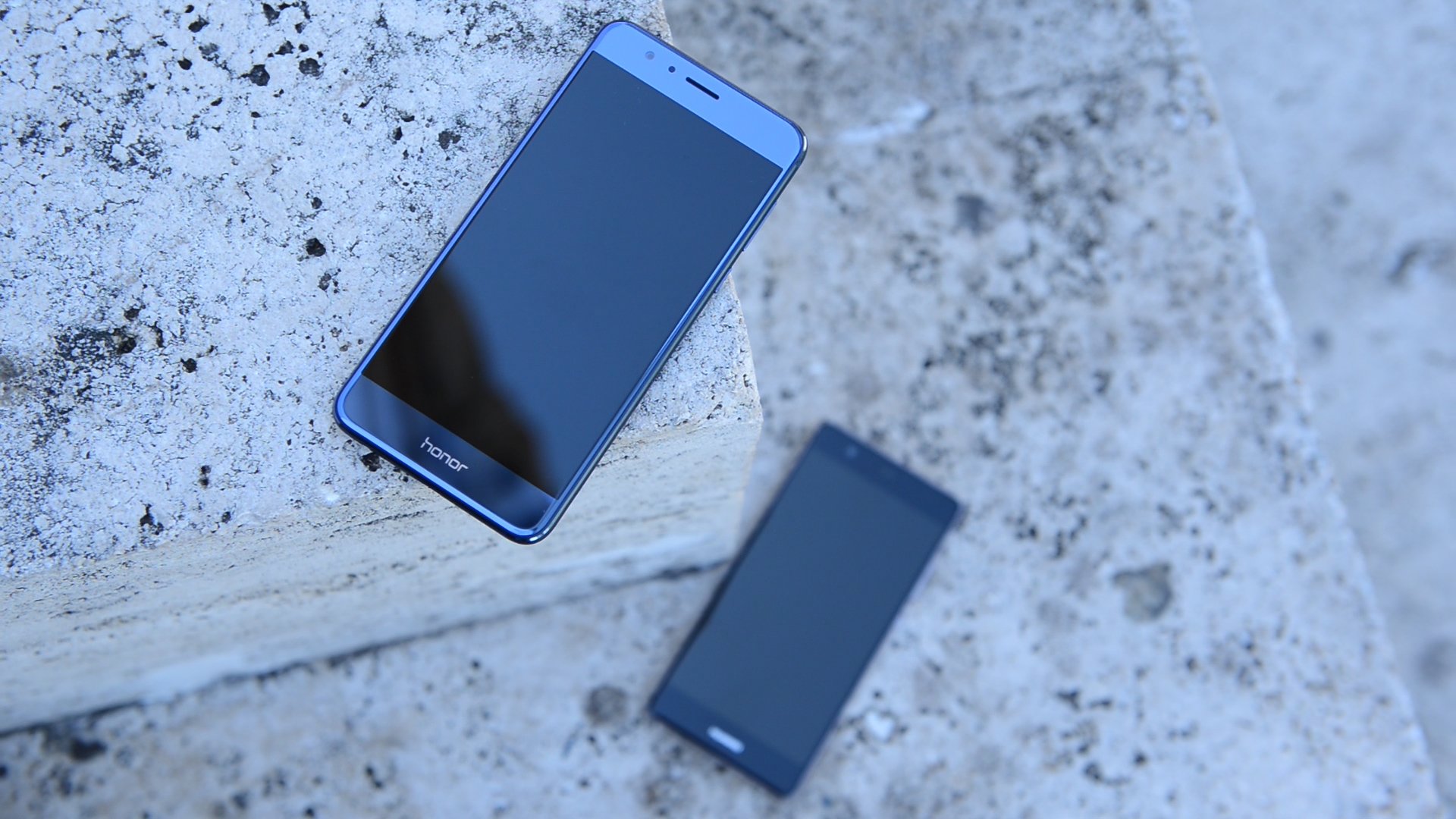 Honor 8 vs Huawei P9, the comparison of GizChina.it

In addition to an obvious one difference in terms beauty, the two terminals are also characterized by a different choice of materials. Honor 8in fact, it is mainly made of glass (except the side frame), while Huawei P9 it's almost all in aluminum. 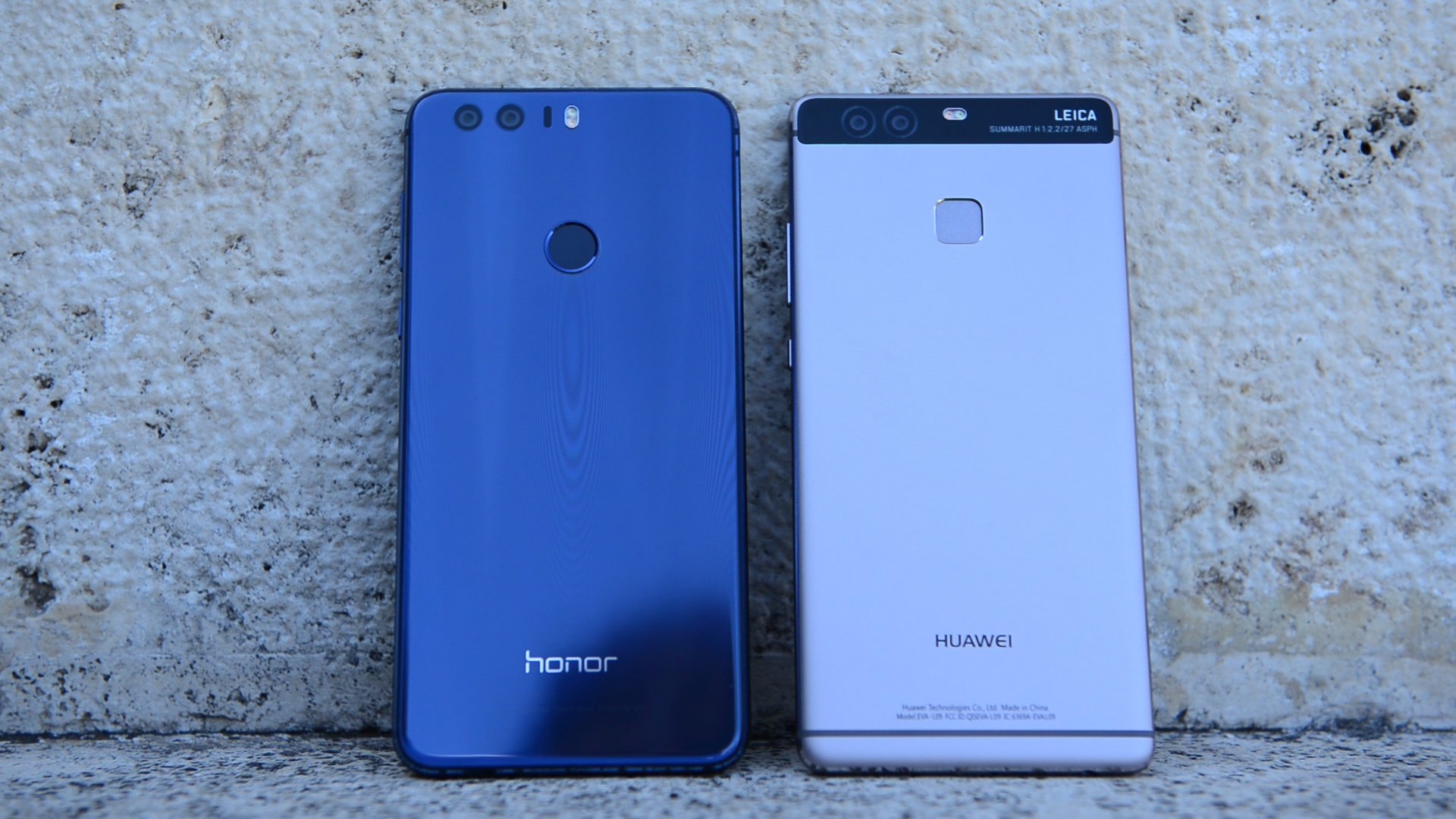 From the front both devices are characterized by a IPS da 5.2 inches with resolution Full HD and a density of well PPI 424. On both it is covered by glass with curvature 2.5D with excellent treatment oleophobic. 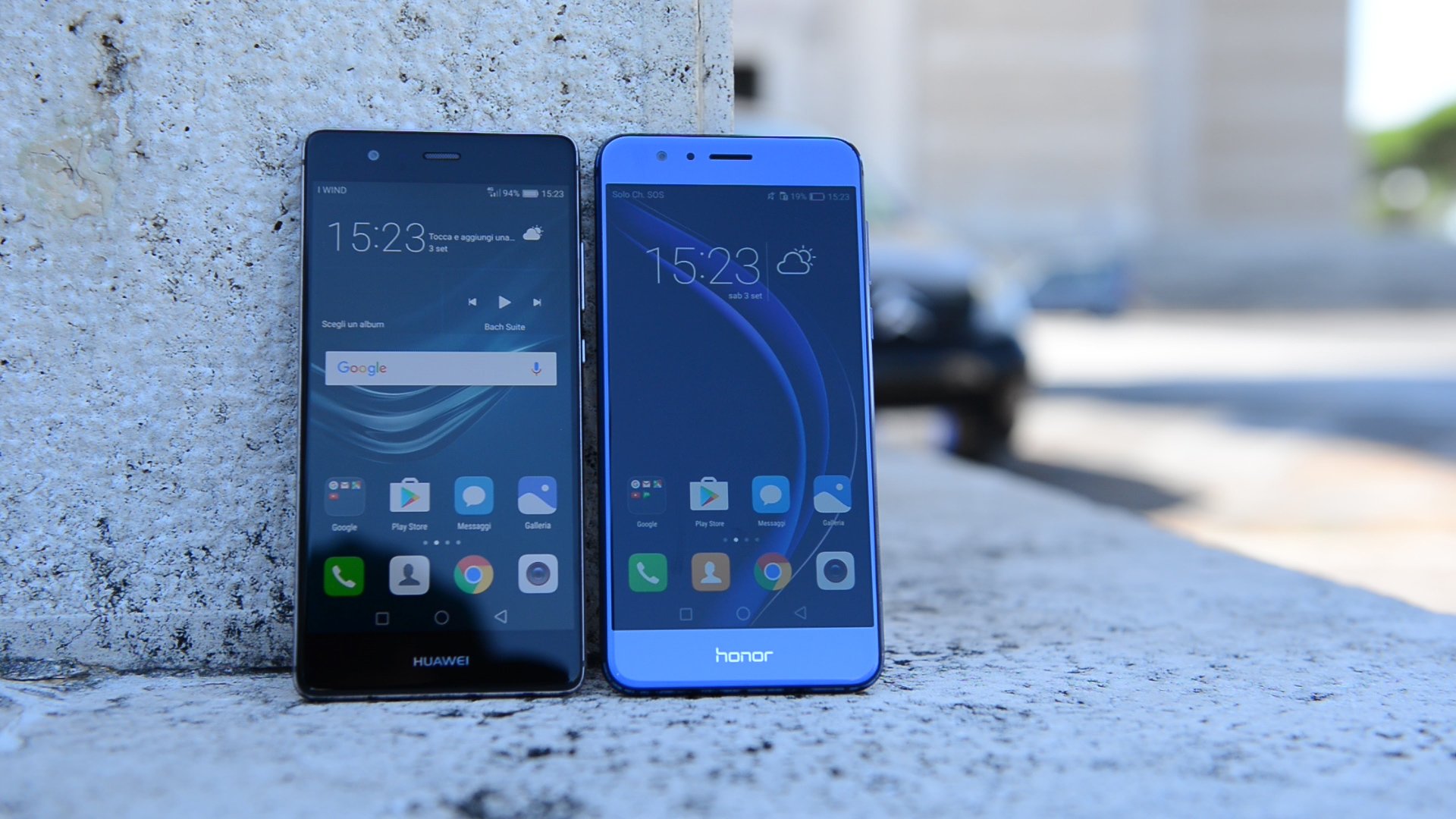 - viewing angles are good and display of the contents is always pleasant ed fulfilling. 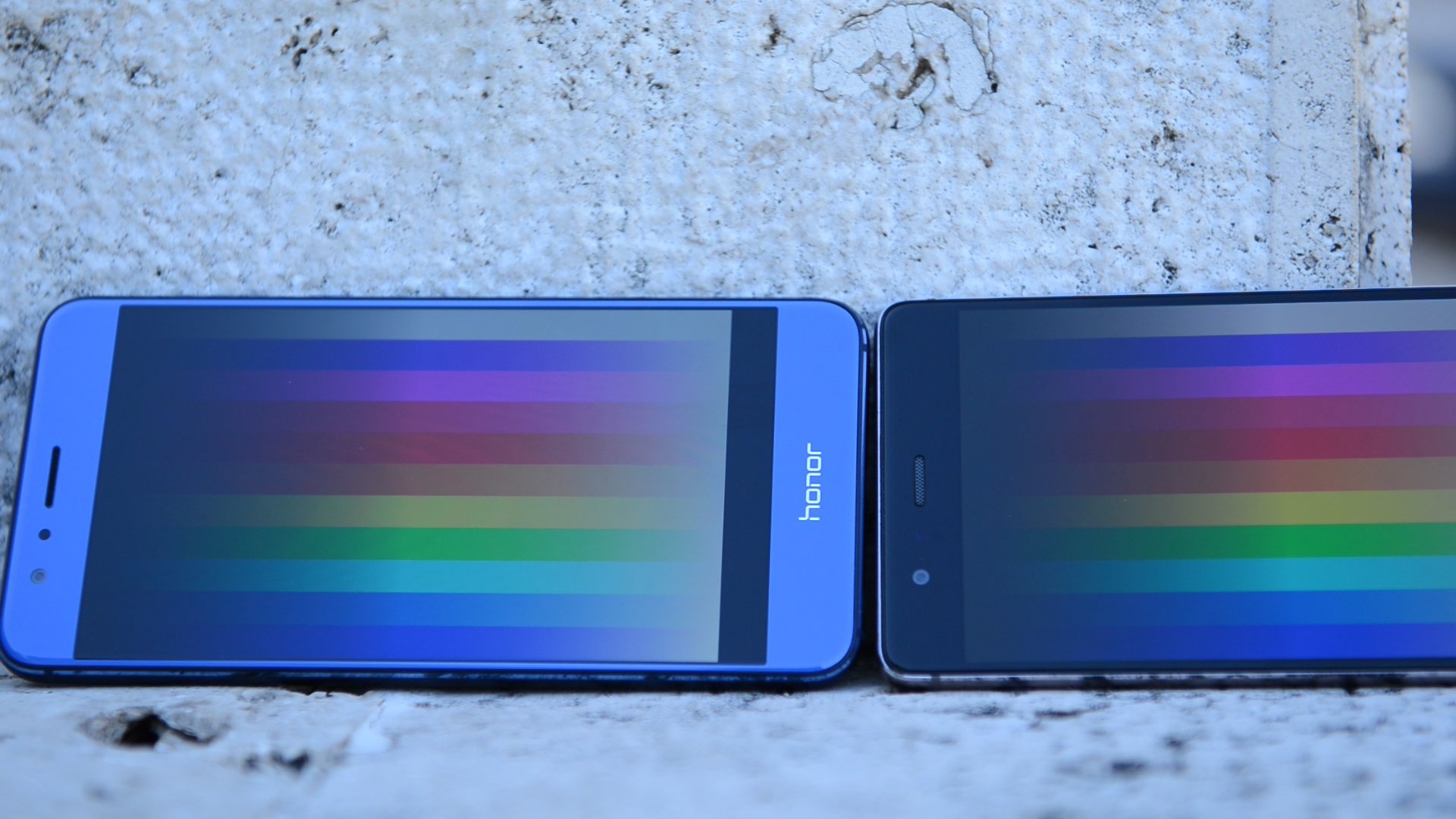 I colors di Honor 8 they are slightly more turned on of those of P9 giving almost the feeling of being a panel AMOLED. Perhaps to highlight the excessive reflectivity di Honor 8 that, in addition to one not very high brightnesssometimes affects external visibility. 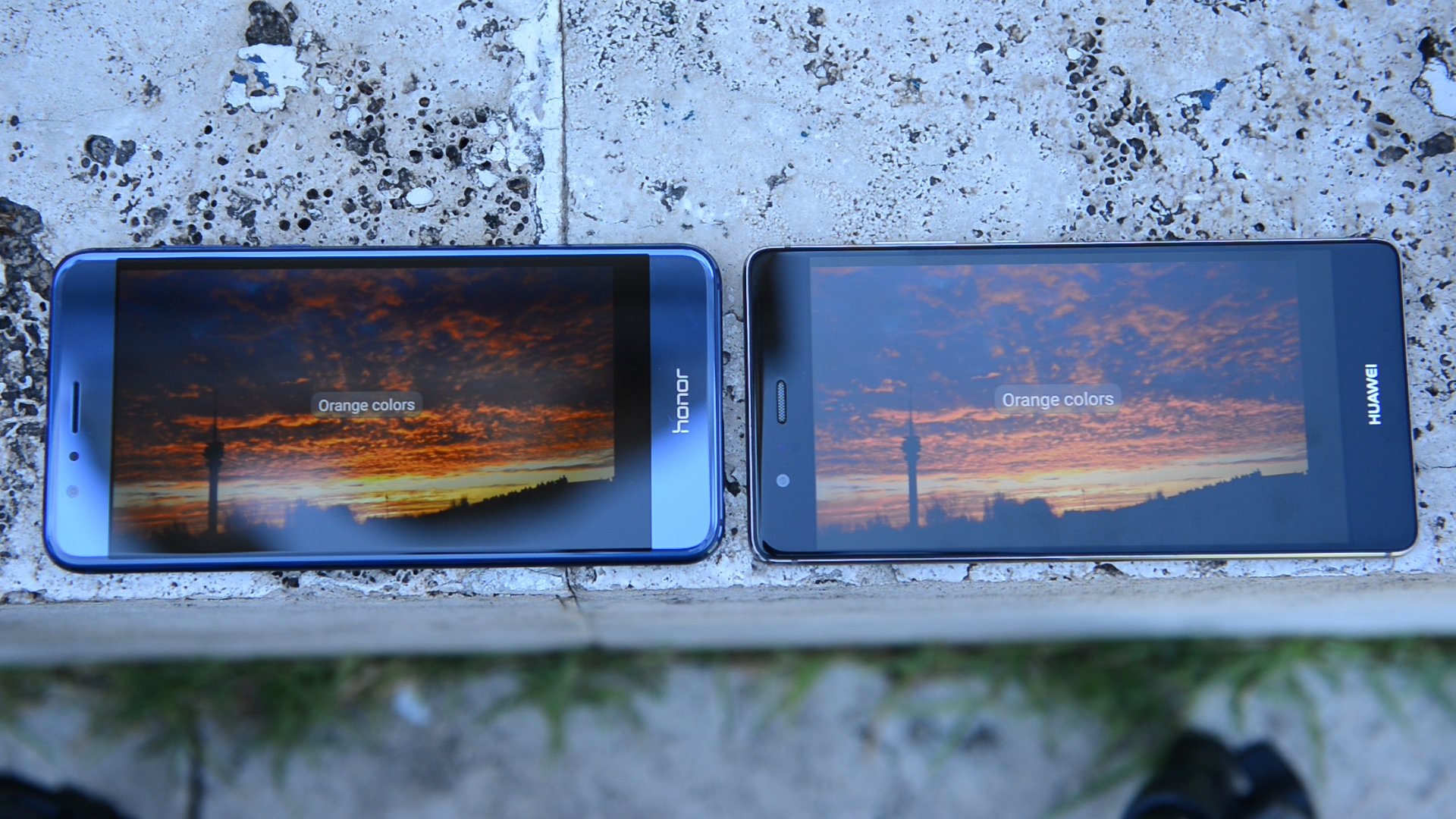 Above the display we find on both the brightness and proximity sensors, the camera from 8 mega-pixels and a little one LED  di notifies placed in different positions. On Huawei P9 it is in fact placed under the grille of the ear capsule, while on Honor it is poco further to the side. 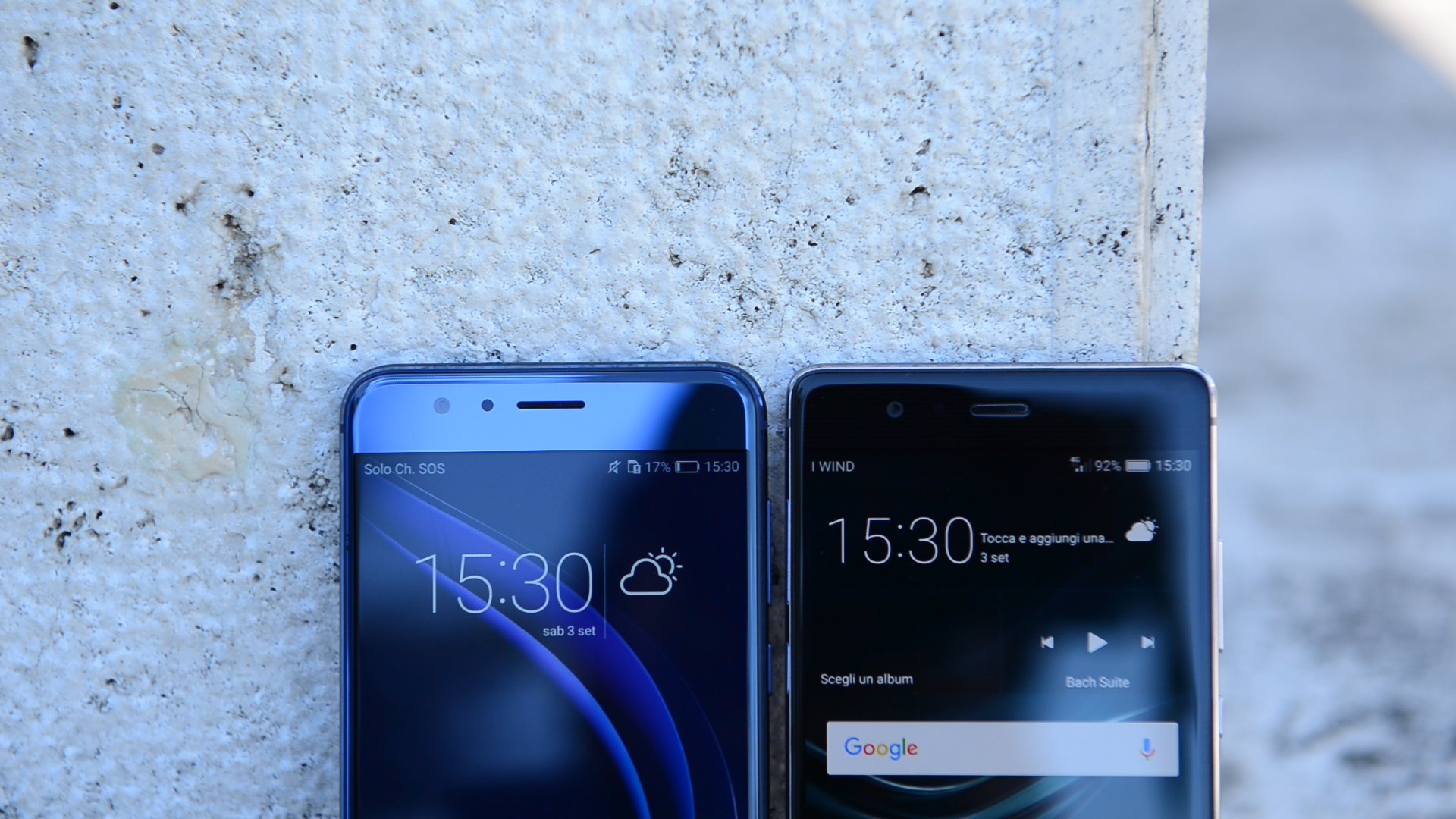 On the right edge of the frame we find an almost identical arrangement of the Power button and the volume rocker. 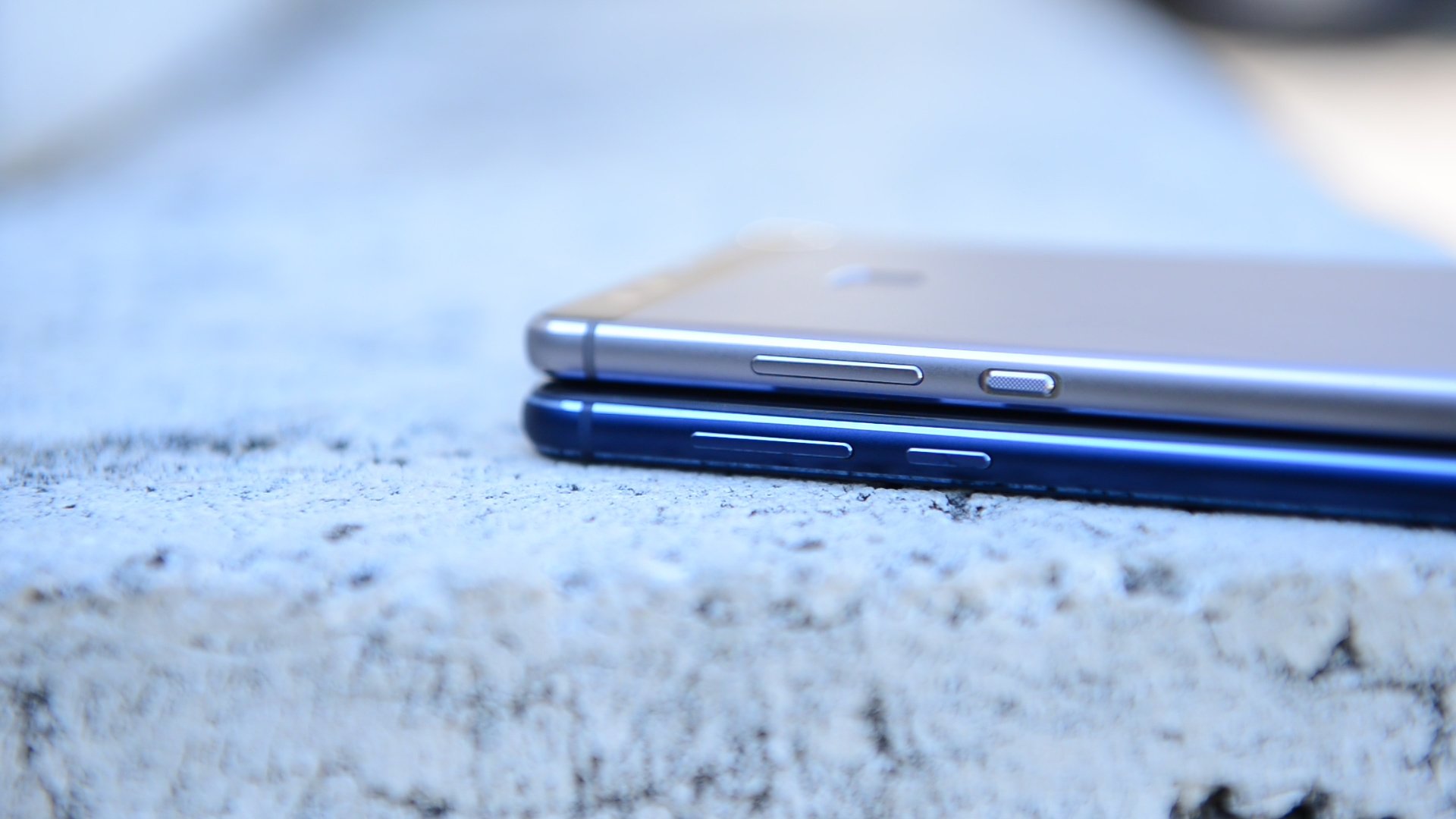 On the left side there is only the trolley dual Nano SIM / microSD to expand the internal memory available to the user (sacrificing, however, the dual SIM aspect). 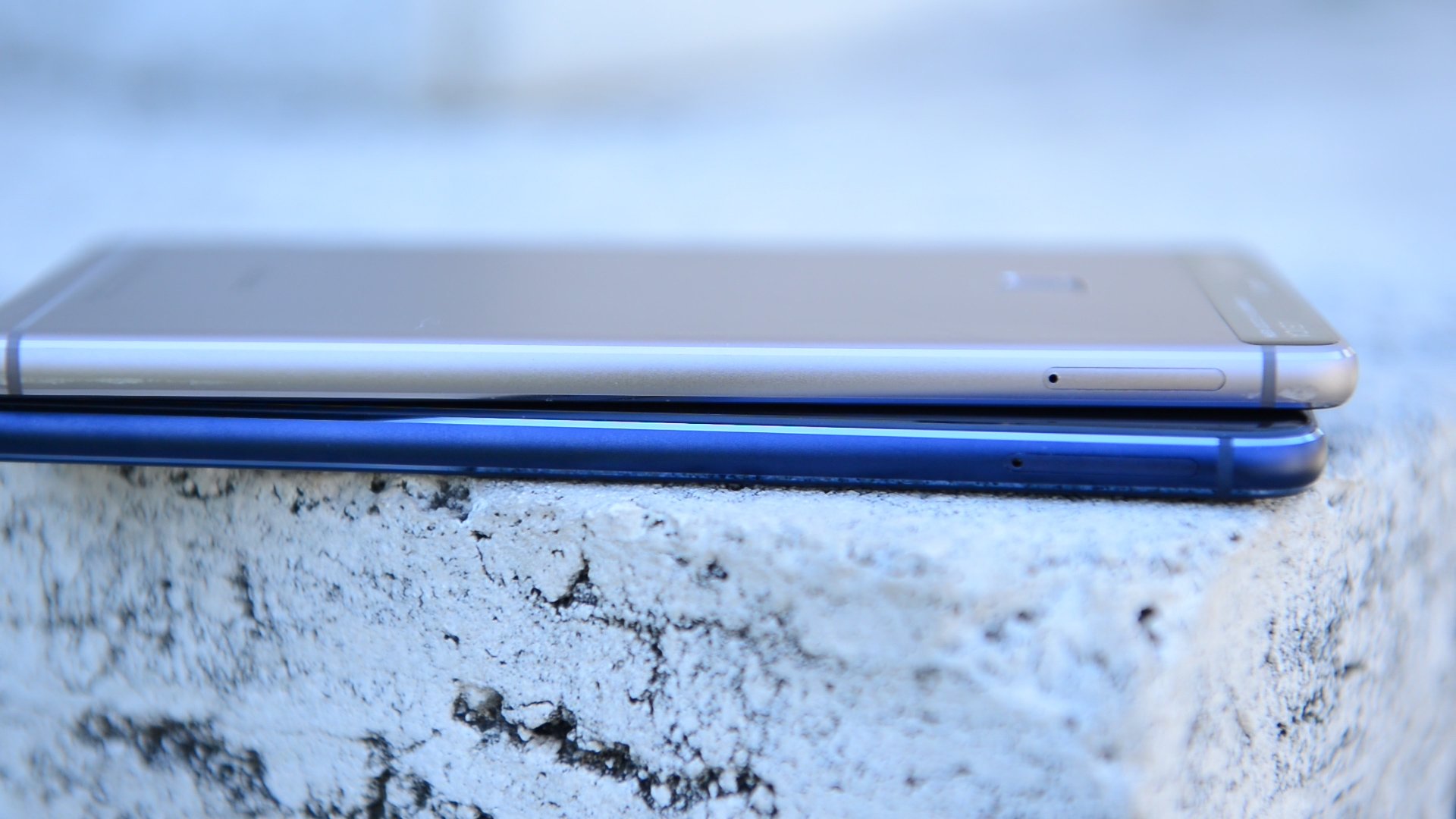 Superiorly we find the first difference between the two devices, as on Honor 8 one is also present IR port, in addition to the second microphone for the suppression of ambient noise. 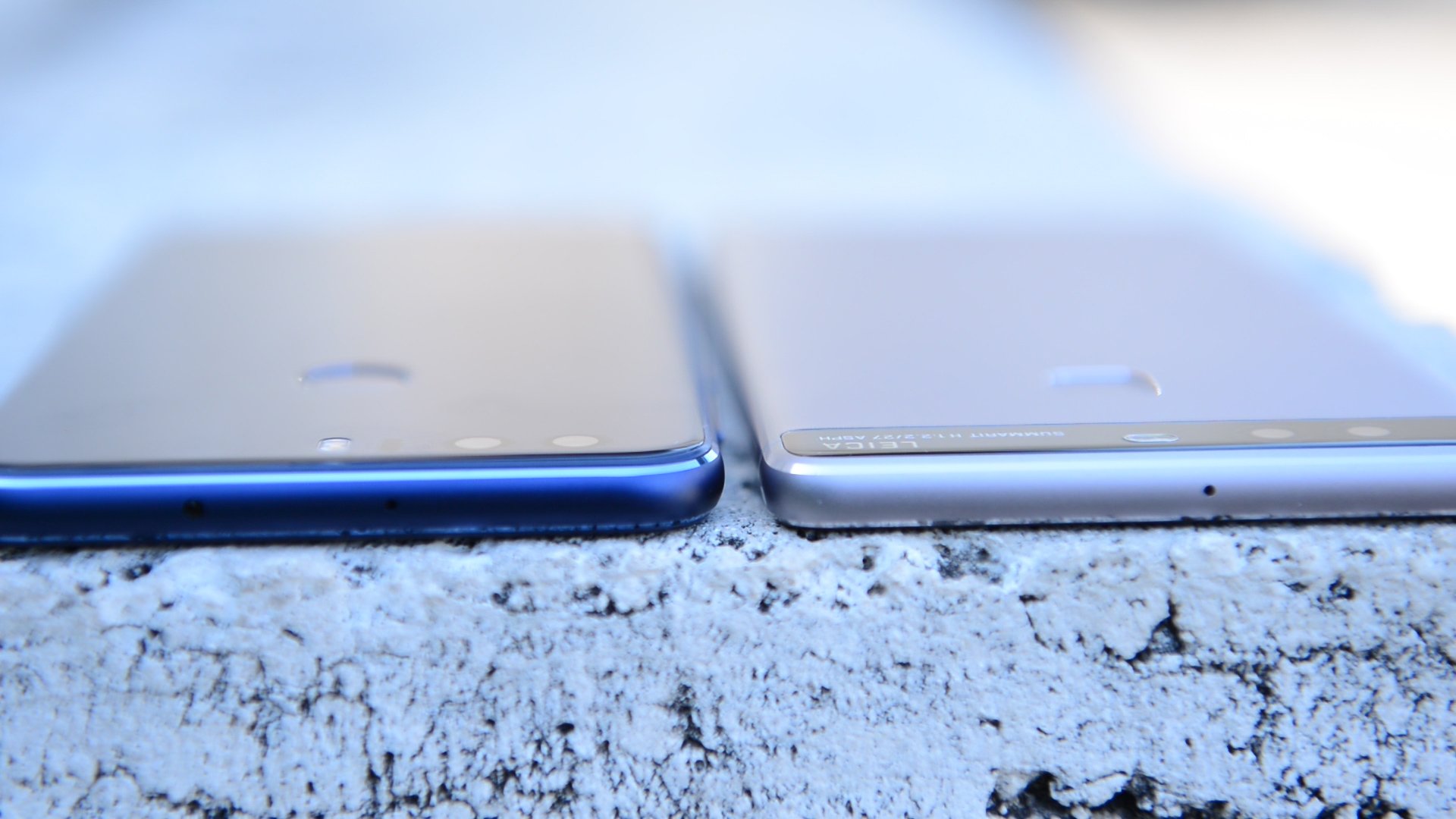 Inferiorly, like all the latest devices of both houses, we find the door USB Type-C coupled with the system speaker and microphone. There is also a 3,5mm mini-jack input on both. 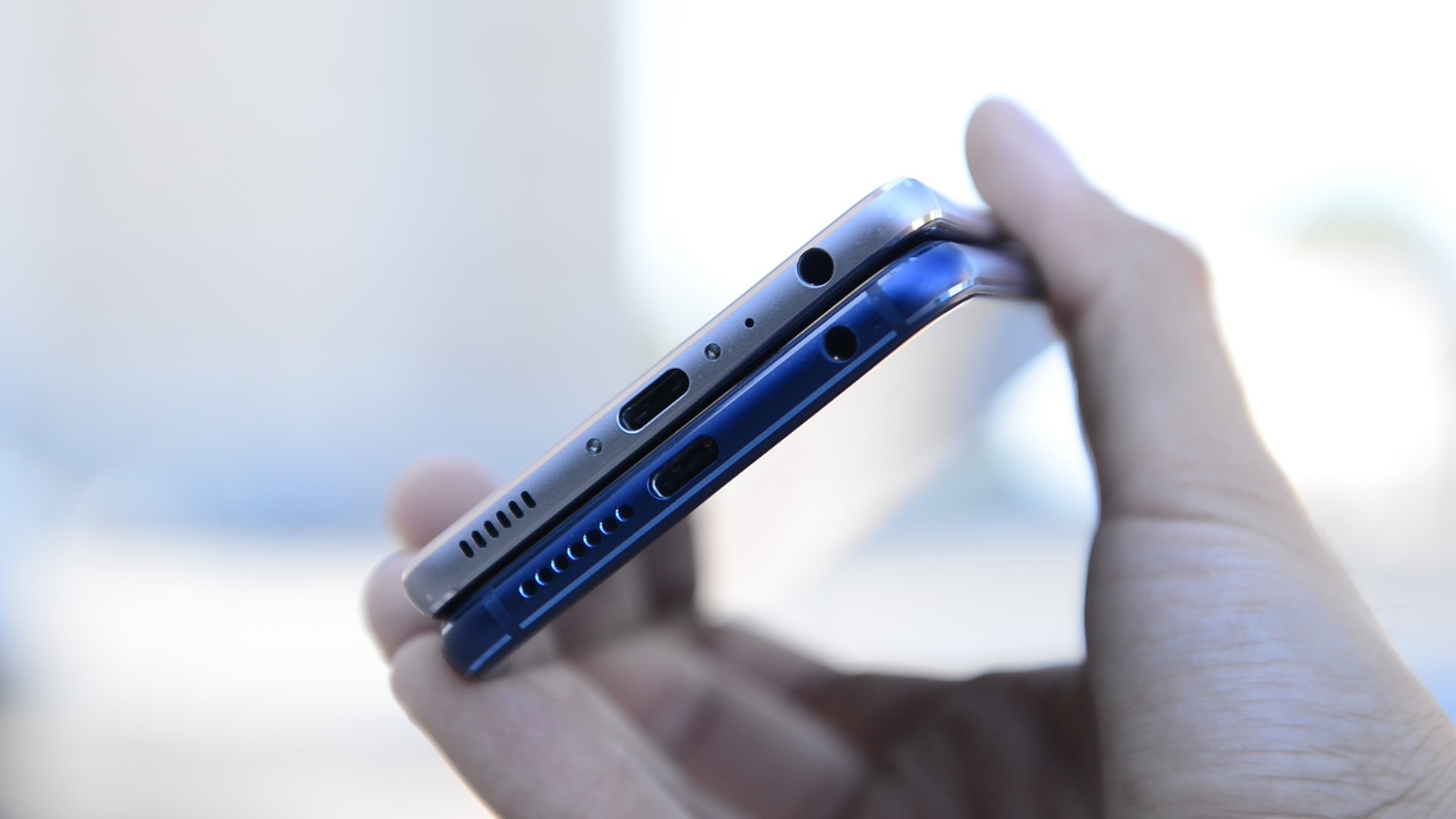 Aesthetically speaking, the rear of Honor 8 it definitely hits for his elegance and for its constructive quality. The coloring Sapphire Blue in question then definitely helps to get out of anonymity. One is present on both devices dual chamber da 12 mega-pixels with LED flash dual tone ed hybrid autofocus. 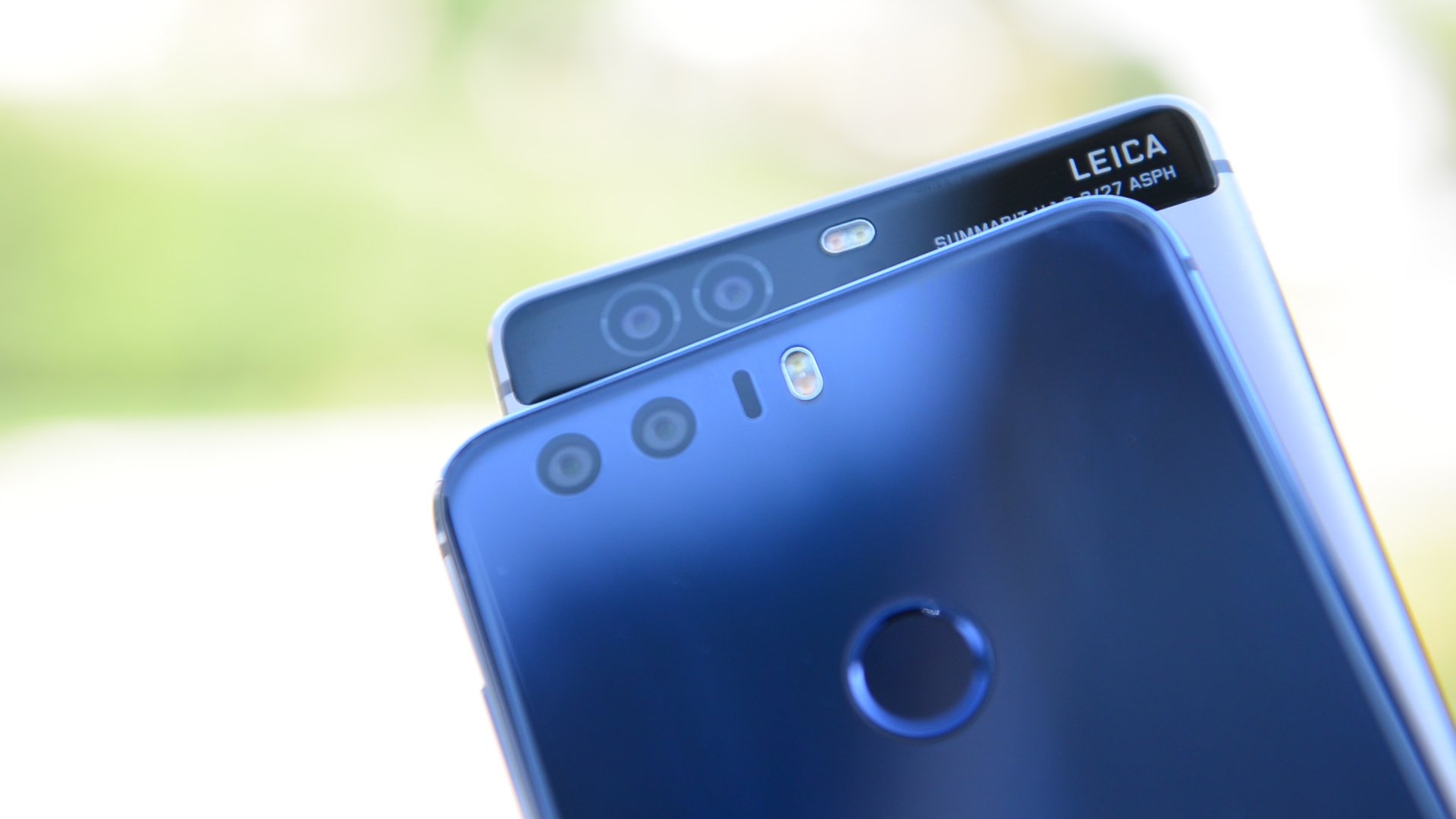 On both is present the fingerprint reader, but different forms and philosophies are adopted. On Honor 8 questo č round e clickable to activate some quick functions. On Huawei P9 this is instead slightly squarish, but above all not clickable.

I unlock times they are practically i same on both Huawei and Honor, the reader is fast e accurate, proving to be a truly reliable protection system. Moreover, given the size and the reduced weight of both terminals, theone-handed use results easy. 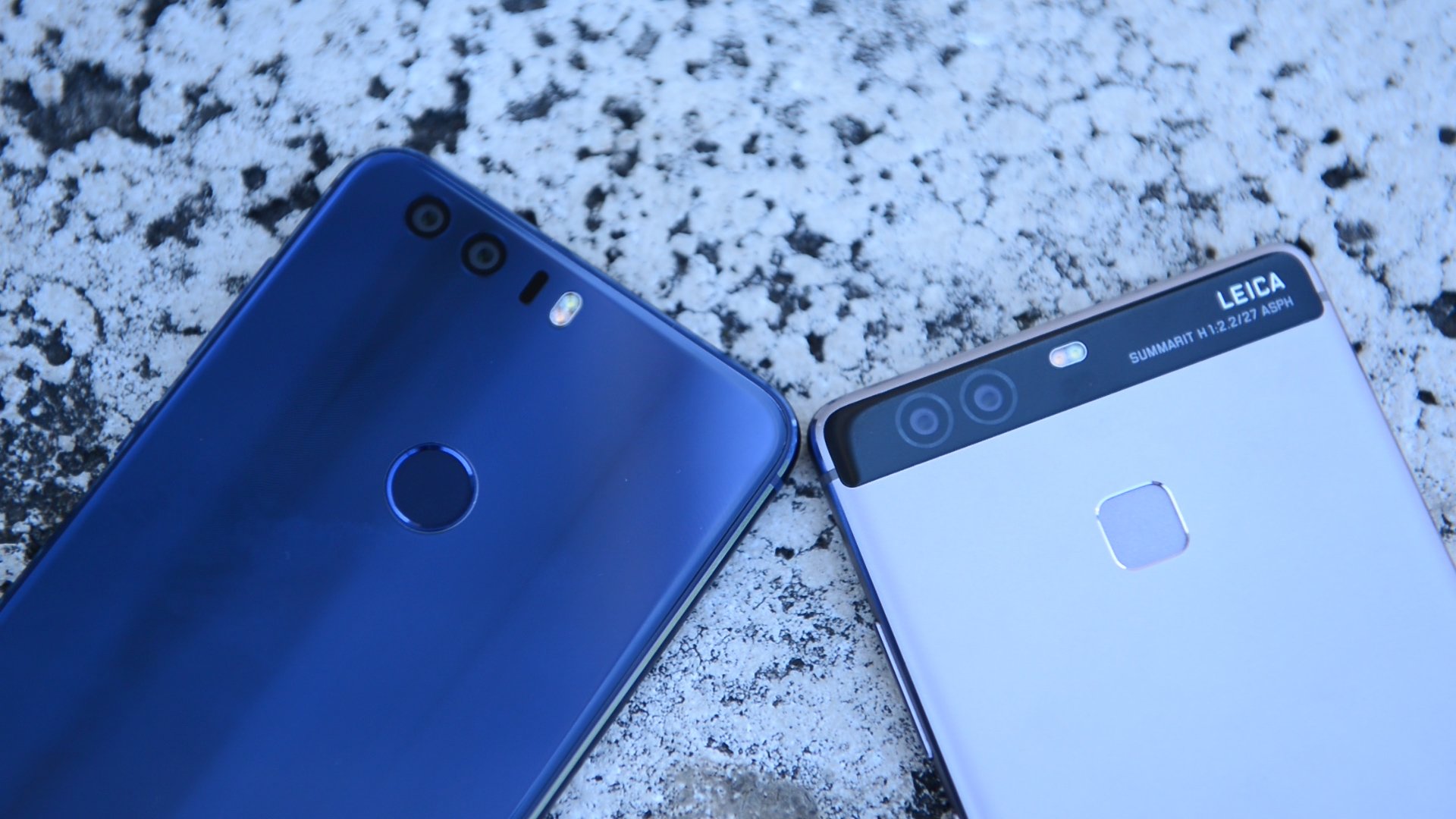 As anticipated, on board the two we find a hardware that on paper is practically identical. On Huawei P9 it is indeed mounted a Kirin 955, for an octa-core owner of the Chinese house. On Honor 8 the processor is practically the same, or the Kirin 950, but with a slightly lower clock. In both cases the GPU is one Mali-T880 MP4, While the RAM and of 4 GB su Honor 8 e 3 GB su Huawei P9. 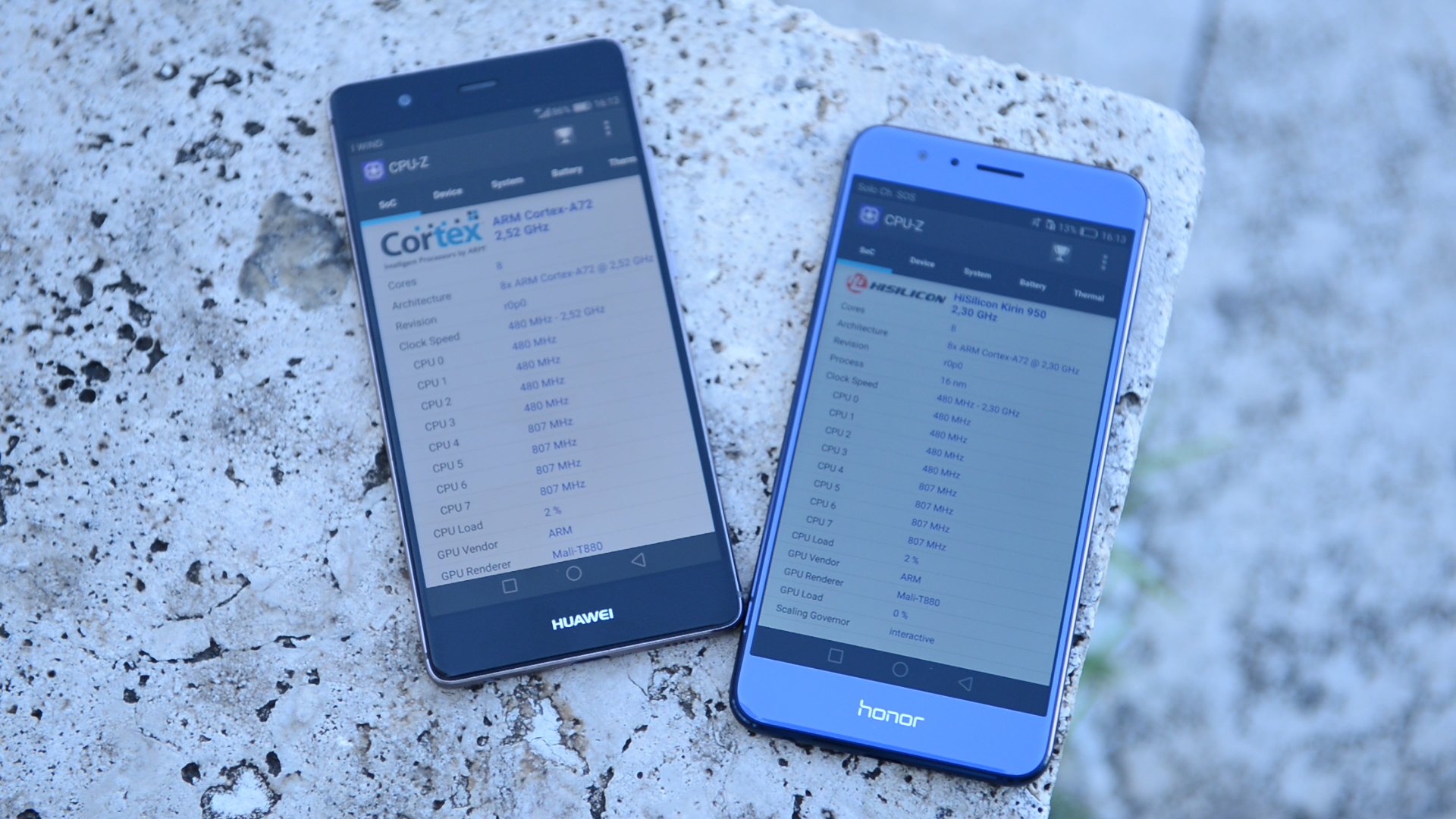 Both then enjoy a very respectable hardware, which allows him not to be worried even by the heavier games like Real Racing 3. The latter turns in fact fluid and with details at most, causing, however, a overheating su Huawei P9. 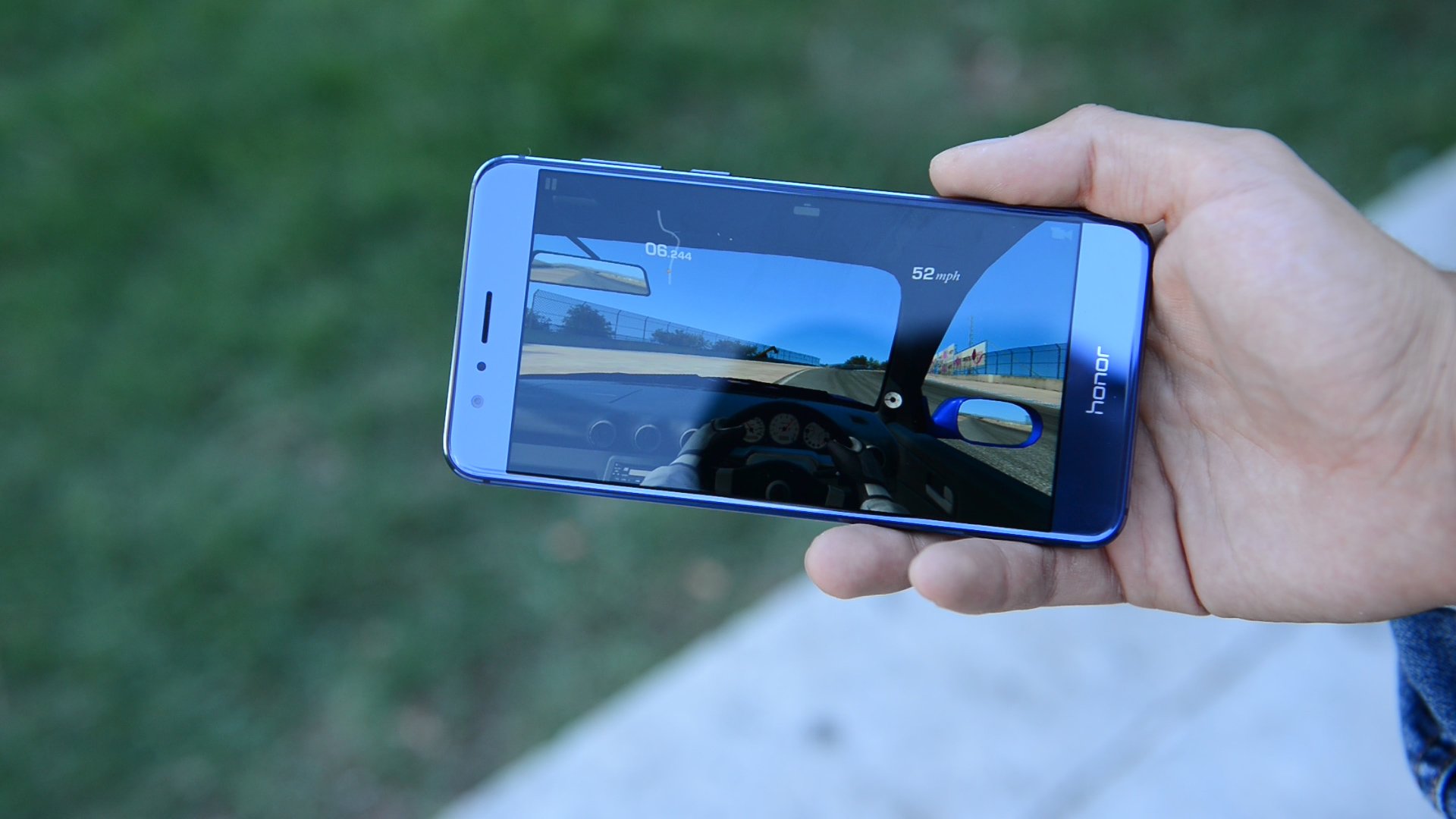 In fact, despite the most powerful processor, the performance they tend to stay anyway higher on Honor 8 which highlights one better dissipation and a lower temperature of exercise.

Web browsing promoted on both.

As anticipated, both terminals mount one dual-chamber da 12 mega-pixels with LED flash dual tone ed hybrid autofocus (laser + PDAF + CAF). However, on Honor 8 we do not find the logo of the German photography giant Leica, a sign that in this case there was no collaboration between the two companies. Despite this, the device really defends itself very well! 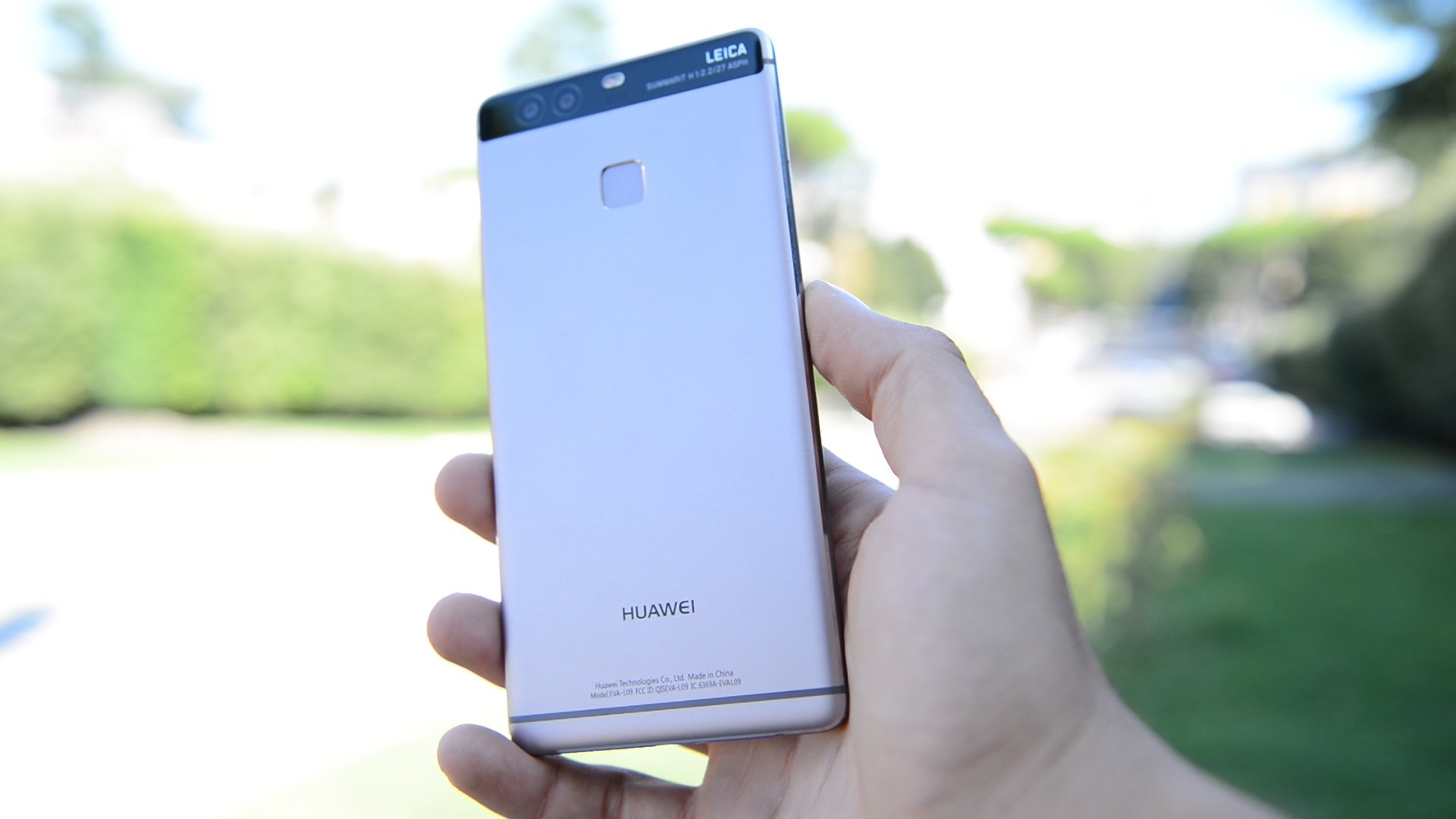 - shots on both are excellent in ambient light conditions, with a excellent light / shadow management and shots always very balanced. At night It seems to be a hair in the Huawei P9 advantage with its Leica dual camera that guarantees shots with a noise much lower than its challenger.

But here are some shots of comparison between the two smartphones:

On board both devices we find the Emotion UI 4.1 based on Android 6.0 Marshmallow. Basically it is the same ROM, except for some customization for the single device. 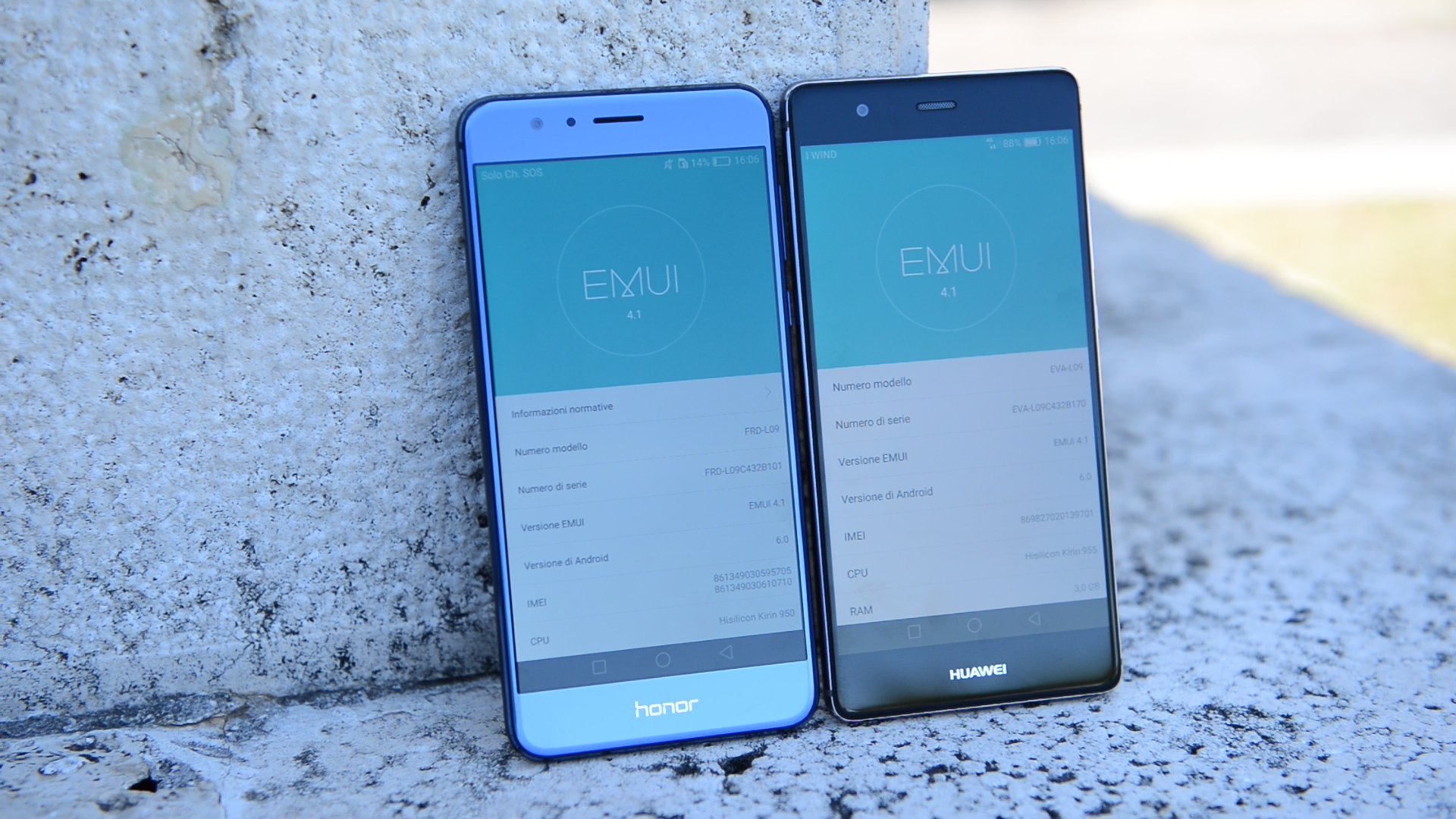 For example, on Honor 8 we find the possibility of setting the liking to our liking function of Smart button place below the fingerprint reader.

Despite the software and hardware similarities between the two, I noticed one greater reactivity of the home device Honor that is lightning in any type of task performed. 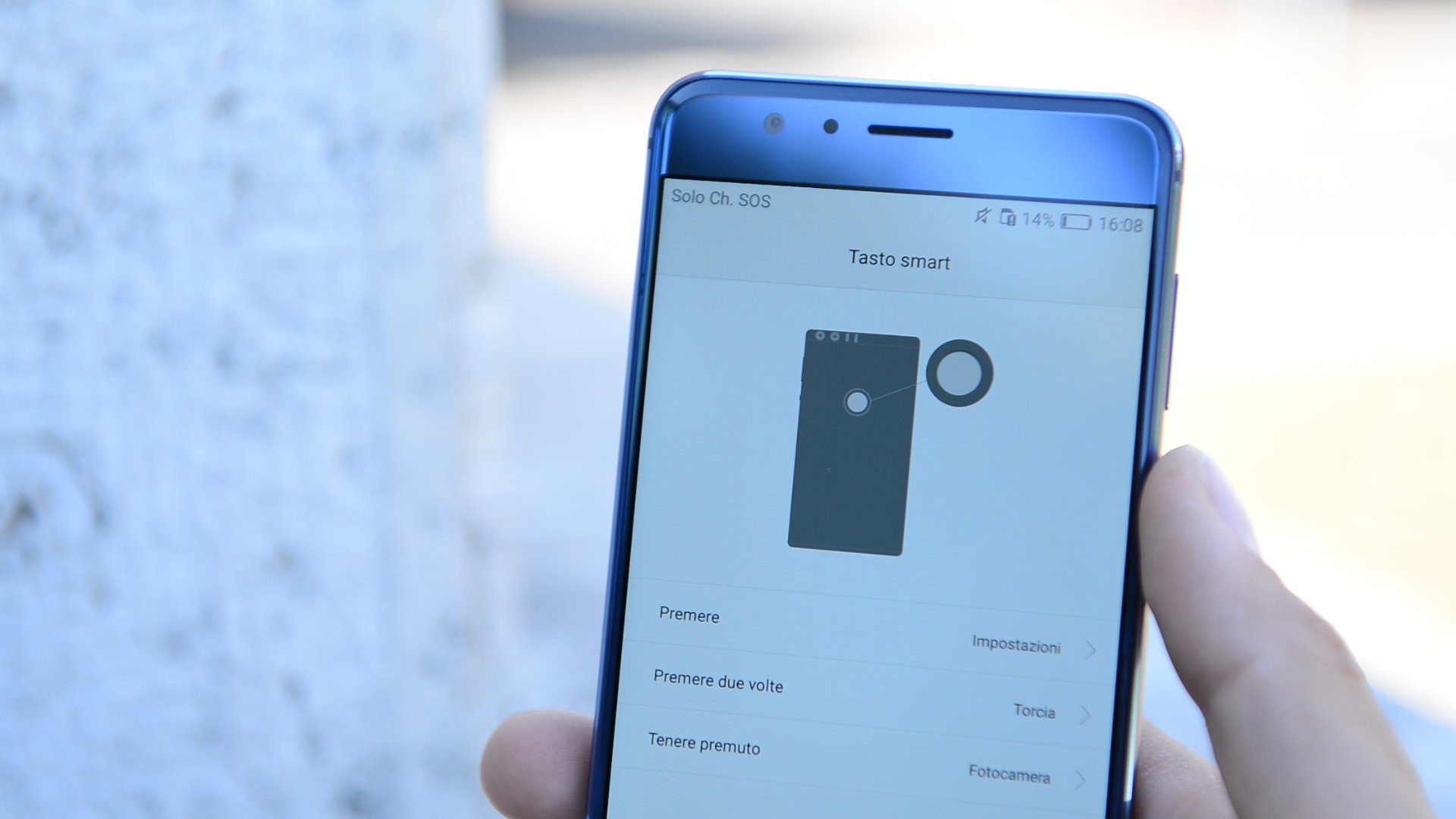 Both devices have one good reception and are equipped with the same type of connectivity.

Good la speed di change of cell and switching from data to Wi-Fi. Probably between the two Honor 8 behaves slightly megliobut we are talking about non-tangible differences from an average user. 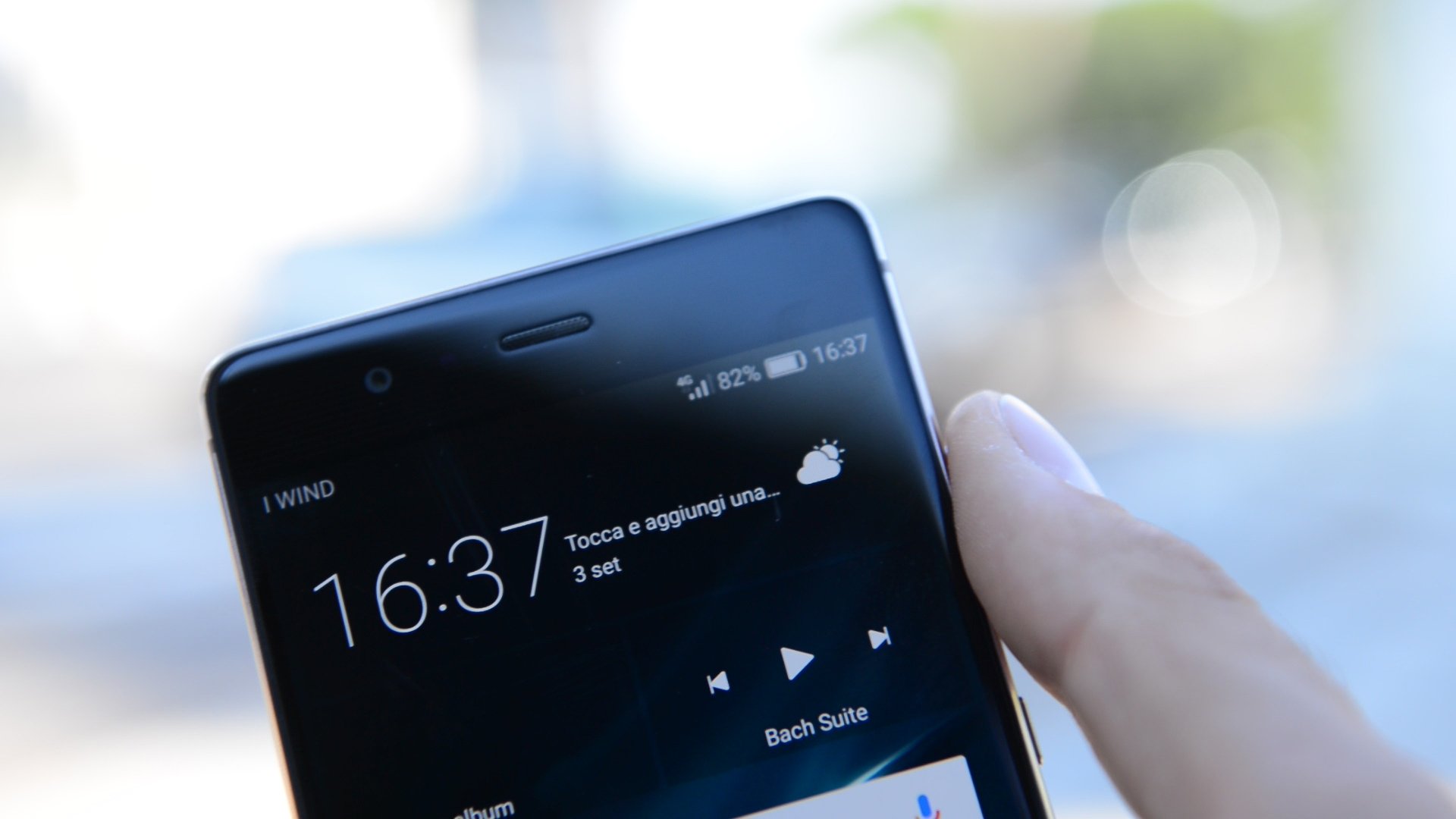 GPS navigation is always accurate and reliable thanks to the presence of connectivity A-GPS / GLONASS / Beidou.

L'audio in capsule of the two is completely comparablewhile the one fromspeaker it tends to favor Huawei P9.

In fact, the sound is decidedly cleaner and crystalline, reproducing a greater amount of frequencies. 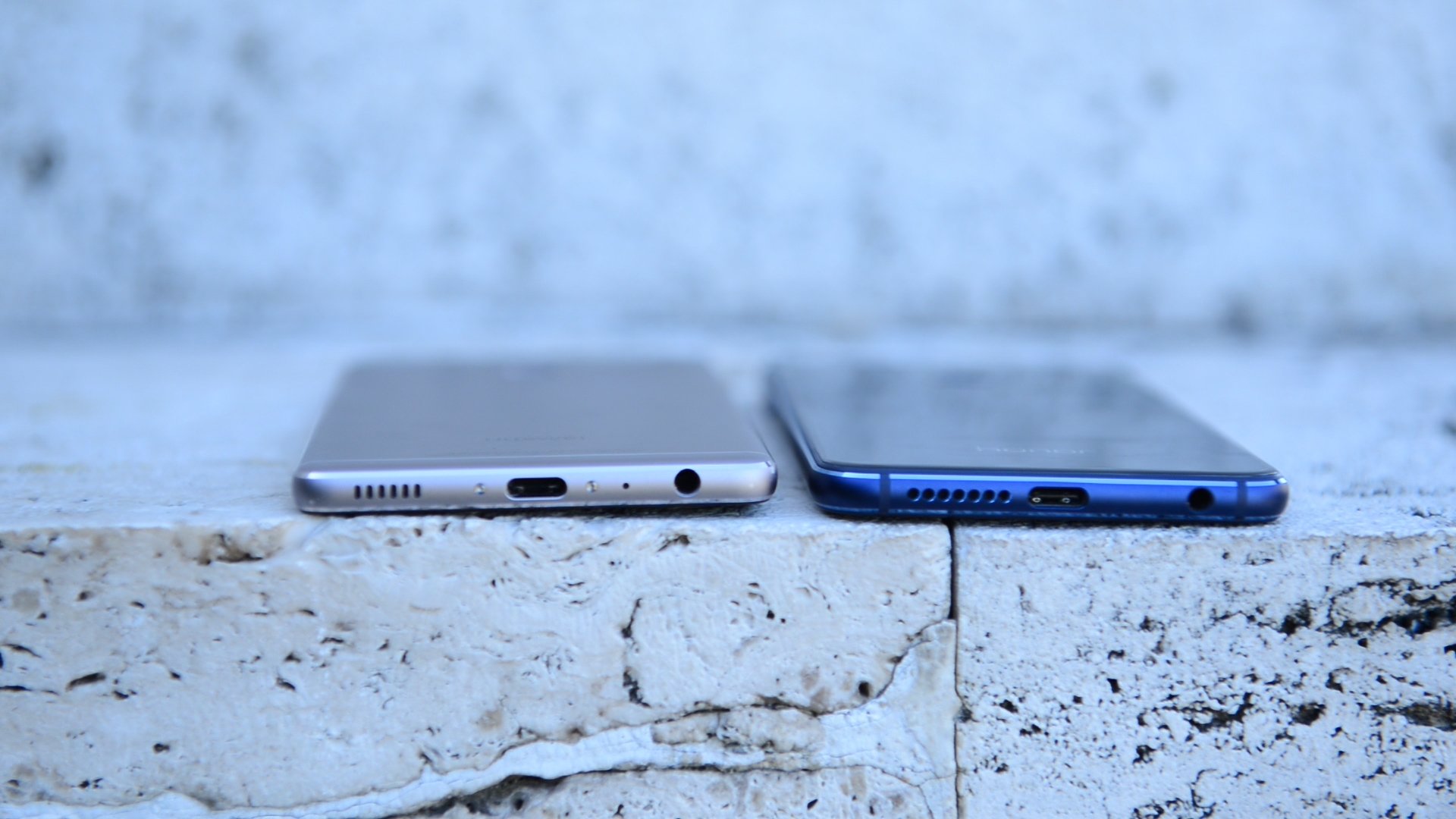 The two devices are equipped with a battery from 3000 mAh, nevertheless theautonomy It results to be top su Honor 8. With the same use I have in fact obtained about an 10 / 15% of autonomy more at the end of the evening.

Present also on both the ROG energy saving mode which reduces the display resolution to 1280 x 720 pixels.

The times of recharge I am about 1 30 hours and minutes with the appropriate charger supplied.

The choice of one rather than the other leaves interpretation only in one's own personal taste. What is certain is that with the drop in price of Huawei P9, Honor 8 turns out to be perhaps slightly overpriced.

Two devices anyway balanced e performers that will allow you to use it in the round and without sacrifices. If I had to make a purely personal judgment, I would take Honor 8, as I prefer its design, materials and coloring. And which one would you choose? Let us know in the comments!