360, previously known as QiKu, has released two very interesting devices this year. About a month ago, in fact, has presented two new smartphones named Q5 e Q5 Plus with double rear camera and now is preparing to launch a new terminal called 360 N4A.

L'current generationOr l 'N4S, has a well battery 5000 mAh, so the new phone could inherit this feature. According to an official teaser posted on Weibo, the Chinese company will launch the 360 N4A next month.

360 N4A: the company could soon launch a new smartphone

The image published on the social networks shows the aesthetic lines of the front panel of the terminal and a written in Chinese that refers to the color gold and, indeed, the literal translation would be "true gold". According to some sources, this could even indicate that the 360 N4A could be characterized by a body made with inserts in true gold, much more likely to present a gold plating. 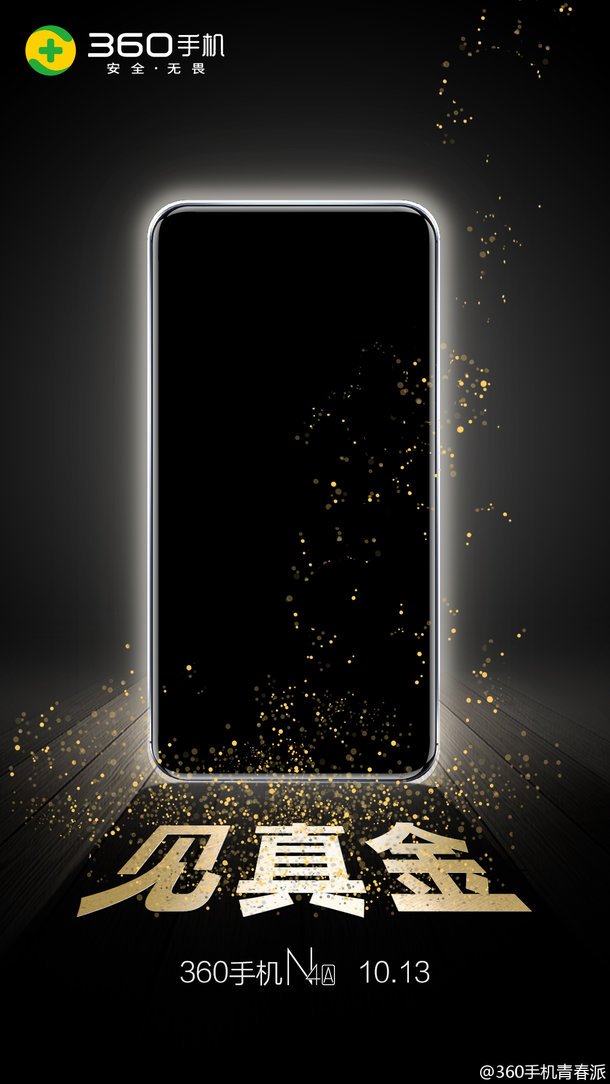 Unfortunately, the company has not revealed any other details on the new smartphone, such as the technical specifications. However, the recently announced N4S it came as a slightly updated version of the original 360 N4.

The latter, in fact, is characterized by a larger battery, an updated photographic compartment and a metal body but has the same processor, RAM and internal memory.

It is assumed, therefore, that the new device will keep the display from 5.5 Full HD Thumbs and a processor deca-core MediaTek Helio X20 da 2 GHz. The chip could then be joined by 4 GB of RAM and being sold in internal memory cuts from 32 / 64 / 128 GB. Even the rear camera could remain the same with a sensor from 16 mega-pixels, accompanied by a front of 8 mega-pixels.

L'N4Atherefore, it will not be different from the standard variant, perhaps representing only oneluxurious edition of this. In any case, we will have to wait until 13 October for the official launch of the new terminal.