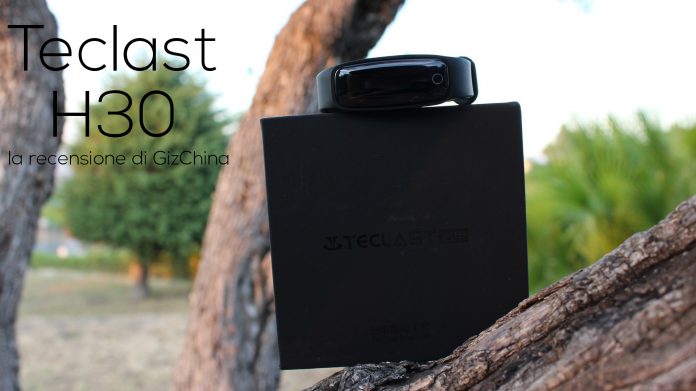 Since the Xiaomi Mi Band 2 has been a great success among users, several Chinese companies have decided to replicate and launch their own activity tracker inspired by the design of the band produced by Lei Jun's company. One of these is a well-known manufacturer of laptops and tablets, or the Teclast, which has from poco placed on the market Teclast H30. 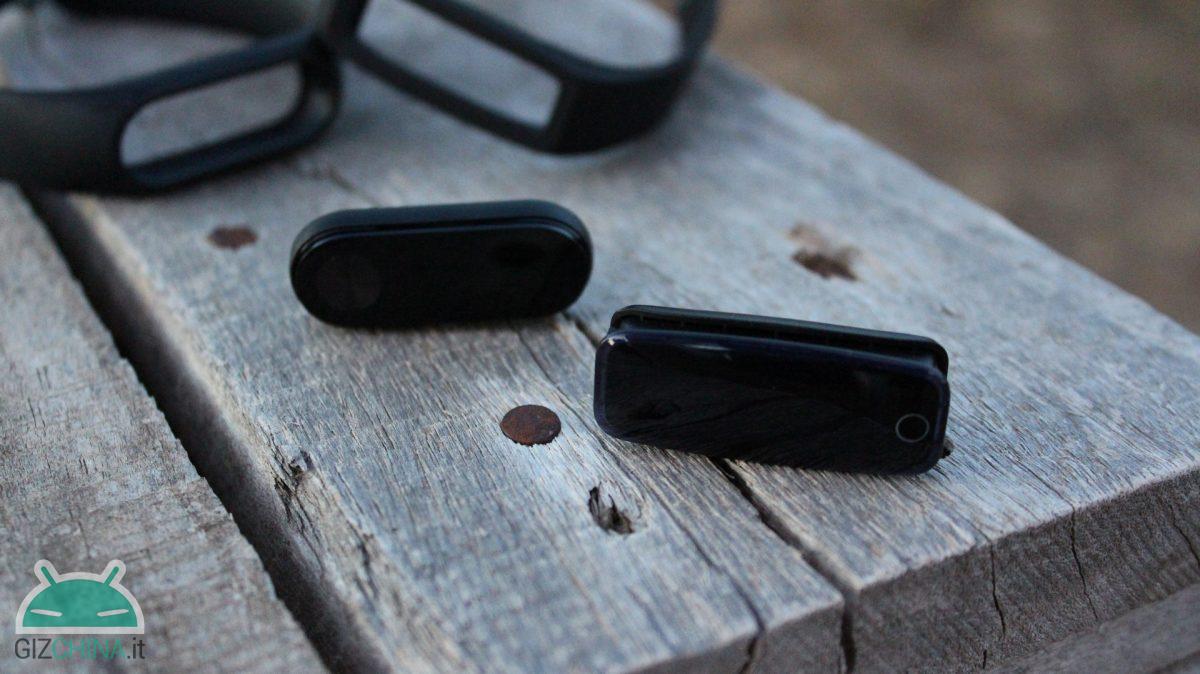 Well, because in today's review we will analyze the latter, also comparing it with the most famous Xiaomi Mi Band 2.

It might interest you: Xiaomi Mi Band 2, the review of GizChina.it 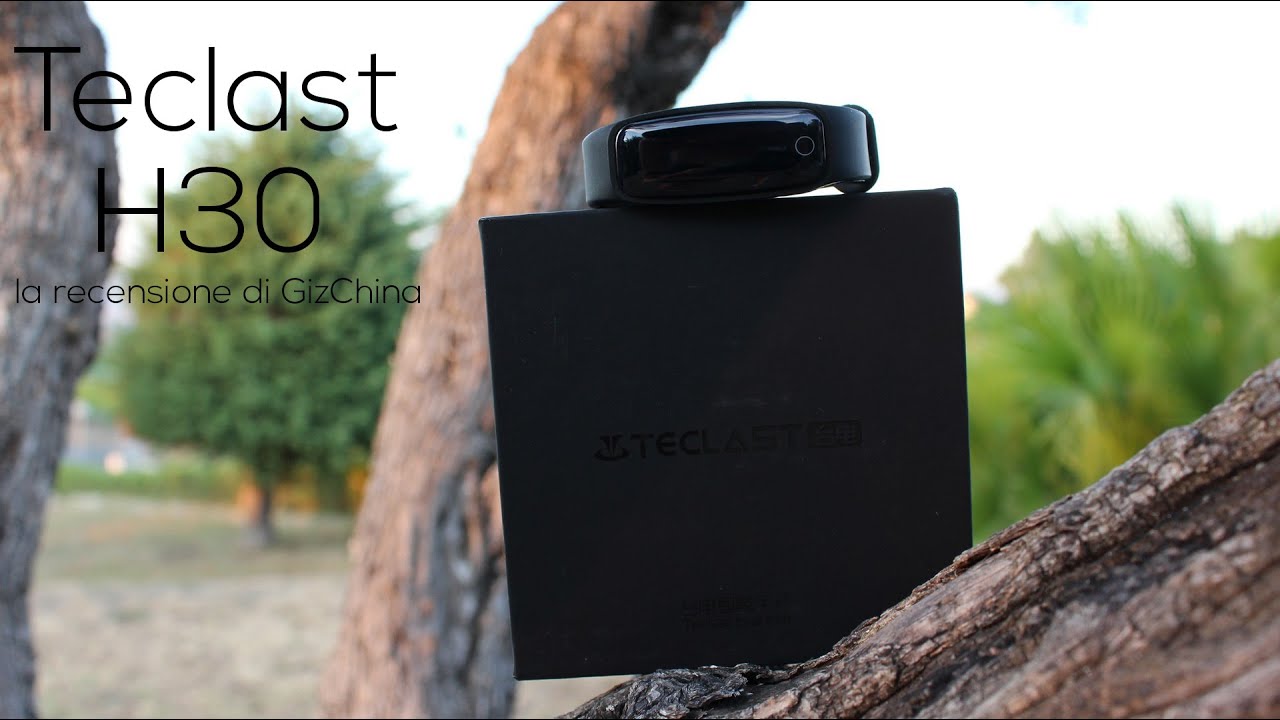 La Teclast H30 it is sold in a black hardcover packaging with an elegant look on which we find the logo of the brand and its technical specifications. 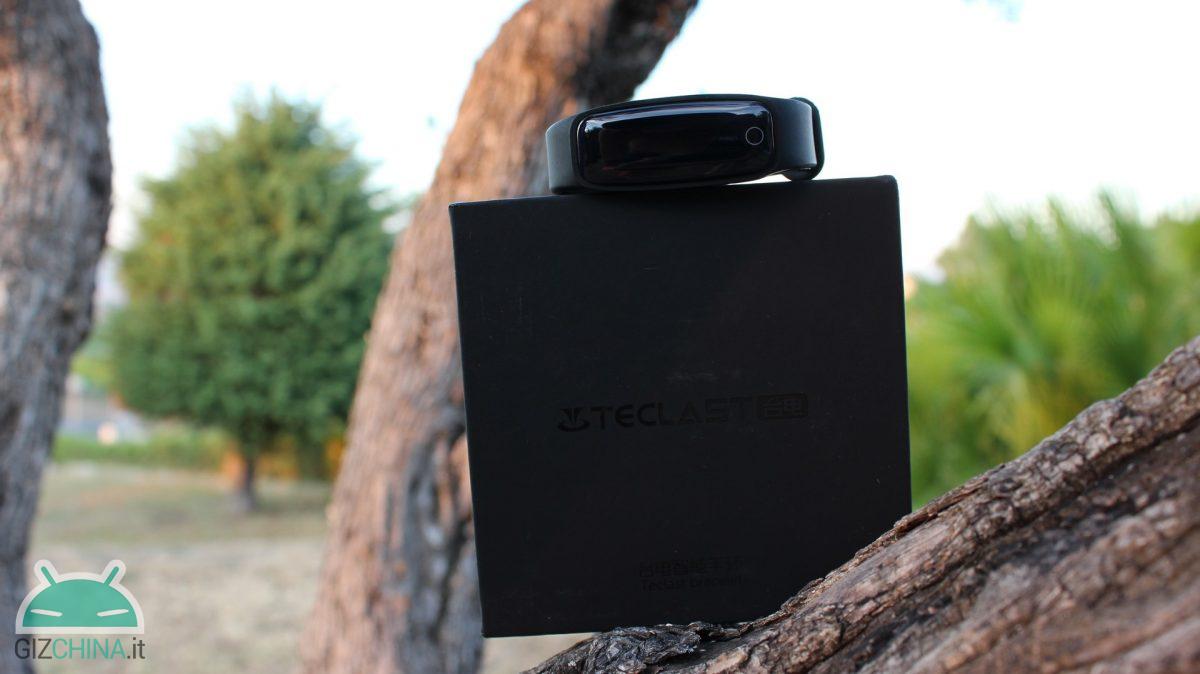 The design of the Teclast H30 remember that of the Xiaomi Mi Band 2. In fact, we find a black rubber strap with a silver plastic closing button on which the company's logo is depicted.

Inside the strap there is the empty space to insert the sensor. It is composed of a display OLED da 0.86 inches with resolution 92 32 pixels x, flanked by a touch button that will allow us to interact with the band.

In the lower part we find the heartbeat sensor, while the entrance is on the side micro USB through which you can recharge the fitness tracker.

The stand-alone operation of the Teclast H30 it is rather simple and intuitive. In fact, it is possible to interact with it through the touch button or through the rotation of the arm to which different functions have been associated.

As for the first option, by tapping the button you can view the time, date, steps taken, calories burned, meters traveled, hours of sleep, the "find my phone" option, the version of the Firmware and finally, the heartbeats.

So you can well understand that, even using the wristband without the smartphone, you can still monitor and stay up to date on the main functions.

However, associating the device through Bluetooth to your smartphone, you can monitor all your daily progress, such as those already mentioned above, with the addition of sleep monitoring and weekly and monthly general statistics.

It does not end here, however, because by going to better analyze the application we can insert various parameters useful for data collection such as:

In addition, there are also options like the Wake-up calls, capture of photographs Through the arm rotation and notification settings.

La Teclast H30 is equipped with the Bluetooth 4.0 through which it is possible to associate the band to the smartphone and interact with it through the proprietary application TECLAST SPORTS available both on Android (from the 4.4 version) than on iOS (from the 7.0 version).

Through the association, in addition to exchanging fitness data, it will be possible to receive on your own band notifications related to some applications.

Unfortunately we can not choose all the applications we want, but there will be some already preset as those related to Message e calls, Facebook, Skype, Twitter, Whatsapp and finally WeChat and QQ, which are used very much by Chinese users. 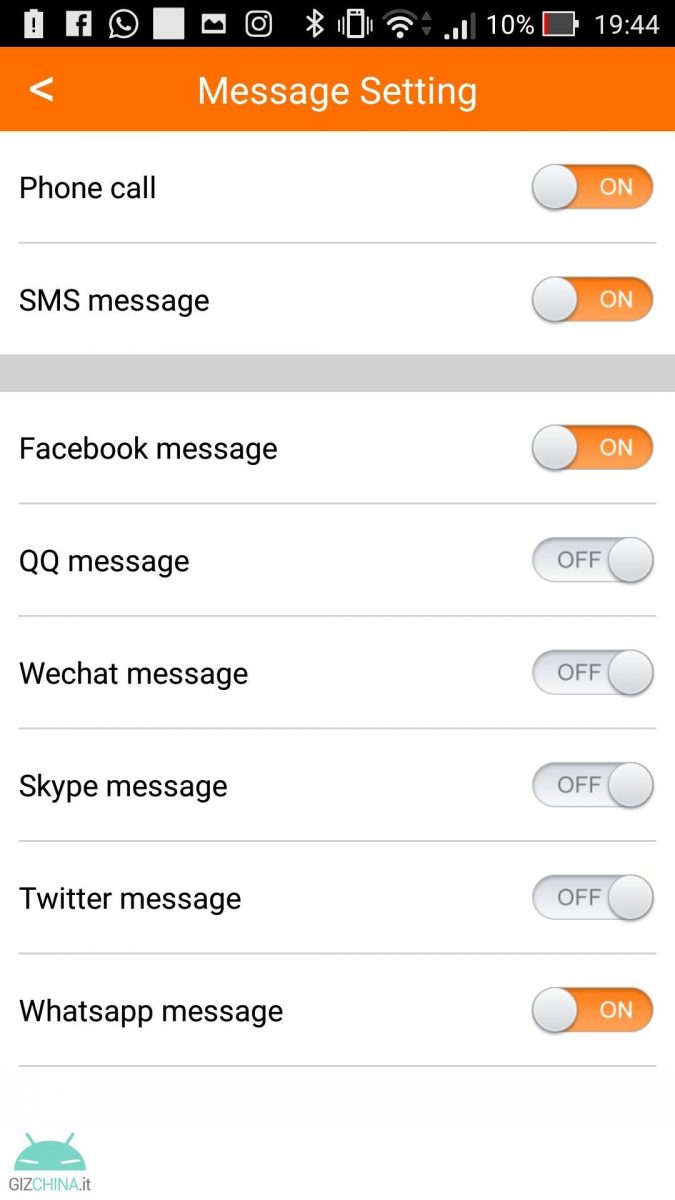 During daily use, however, I found that the only notifications received were those relating to calls and ai Message. Despite having activated too Facebook e Whatsapp, the band did not report me no type of notification.

To feed the Teclast H30 think of a battery from 55 mAh, which manages to allow us a range of about Orders shipped to Europe of use with Bluetooth always-on. 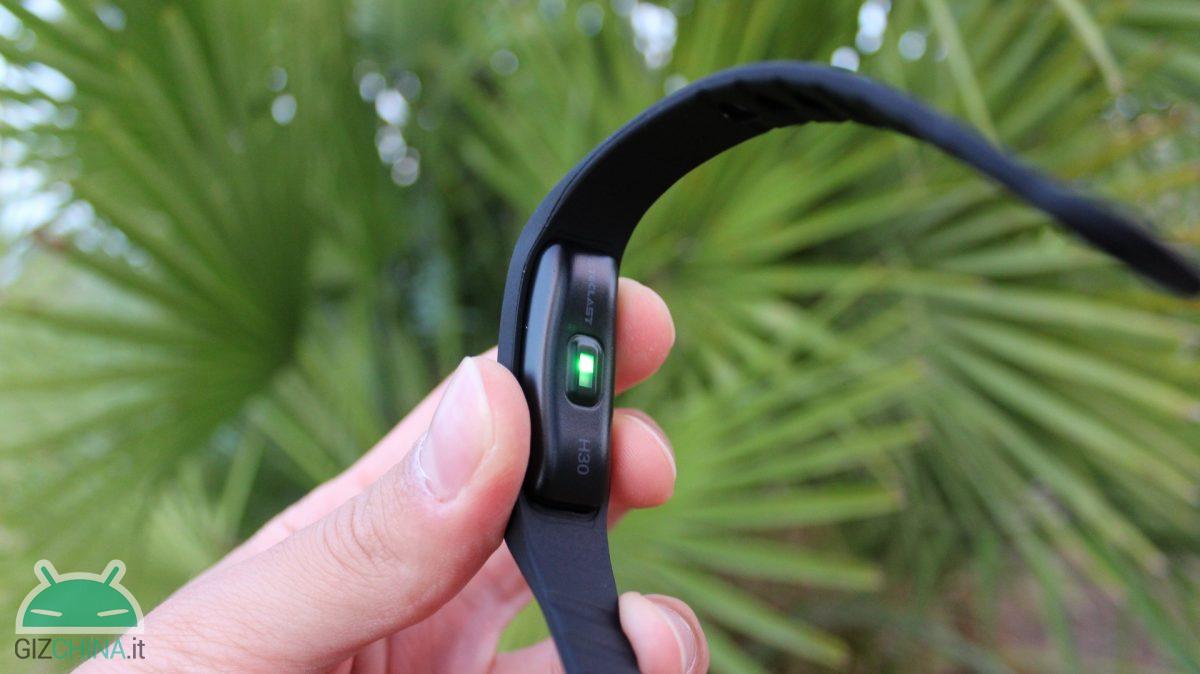 Obviously it also varies according to the number of notifications received and the number of heartbeat measurements, but surely you can't do more.

Overall, the battery life can't quite keep up with the Xiaomi Mi Band 2, because the latter can cover approximately Orders shipped to Europe of use.

After introducing a general overview on all the features of this fitness tracker, the time has come to elaborate final considerations.

We start from the design and construction of the band, because despite being similar to the one made in the Xiaomi house, the Teclast H30 tries to maintain a proper identity thanks to the horizontal display and the company icon on the strap closing button.

As for the latter, the materials used to make it are cheaper than those of the Mi Band 2 and also I found difficulties in closing the band, as you have to put a lot of pressure on the button to connect it properly.

Finally, the Teclast H30 è waterproof, but is not provided with the IP57 certification present, however, on the 2 Mi Band. However, we could safely wear it while we wash our hands, but it would be better not to go further.

The display OLED it is very comfortable, clearly visible and gives us much more data than the Xiaomi device. Furthermore, revival awakening is also very reactive.

Instead, regarding the data collection, Teclast H30 it's very precise. In fact, by comparing the data between the two bands available at the end of the day, I noticed that the fitness tracker of Xiaomi he had gods results underestimated compared to the Teclast in the field of steps taken and kilometers traveled, going to affect the calories burned accordingly.

In terms of heartbeats, the two devices are equivalent, as the results of the measurement are almost the same, while for the sleep detection, Teclast H30 it is not very precise and it is several steps back from the very precise Mi Band 2.

Another thing to improve is the reporting of the notifications, because although it works very well with calls, messages and the alarm, there are problems regarding the notification of messages on Facebook or Whatsapp.

What I really liked was the possibility to take pictures with a simple rotation of the arm or the ability to find your phone through the appropriate entry in the band, or this one below.

In conclusion I think this Teclast H30 is a very good product as long as you turn a blind eye on two factors already mentioned above, or on the monitoring of not perfect sleep and on notifications related to WhatsApp, Facebook, Twitter and Skype.

For the rest, the detection of other data works very well and I was totally satisfied.

However, the price at which it is sold Teclast H30 and of 15.72 euros su Gearbest. So, in light of all this, we can consider this band a ottimo prodotto very competitively priced. If those two small defects are also fixed, we could consider it a best buy.