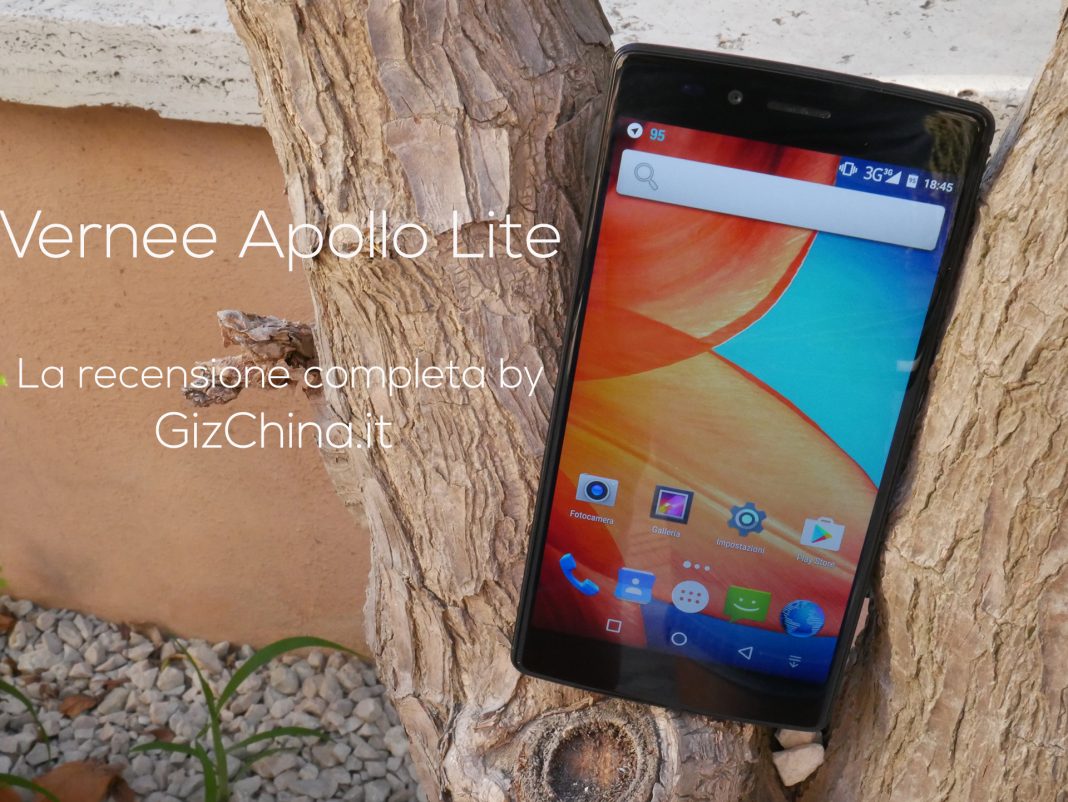 ments is a new Chinese producer trying to make its way into the Chinese telephony landscape. After his first Thor, device with an excellent technical / price ratio, ments presents itself on the market with a medium-high end device: the Ments Apollo Lite.

The terminal presents a technical very respectable, but really how it will behave in the various conditions of daily use? You just have to find out with us in this Full review! 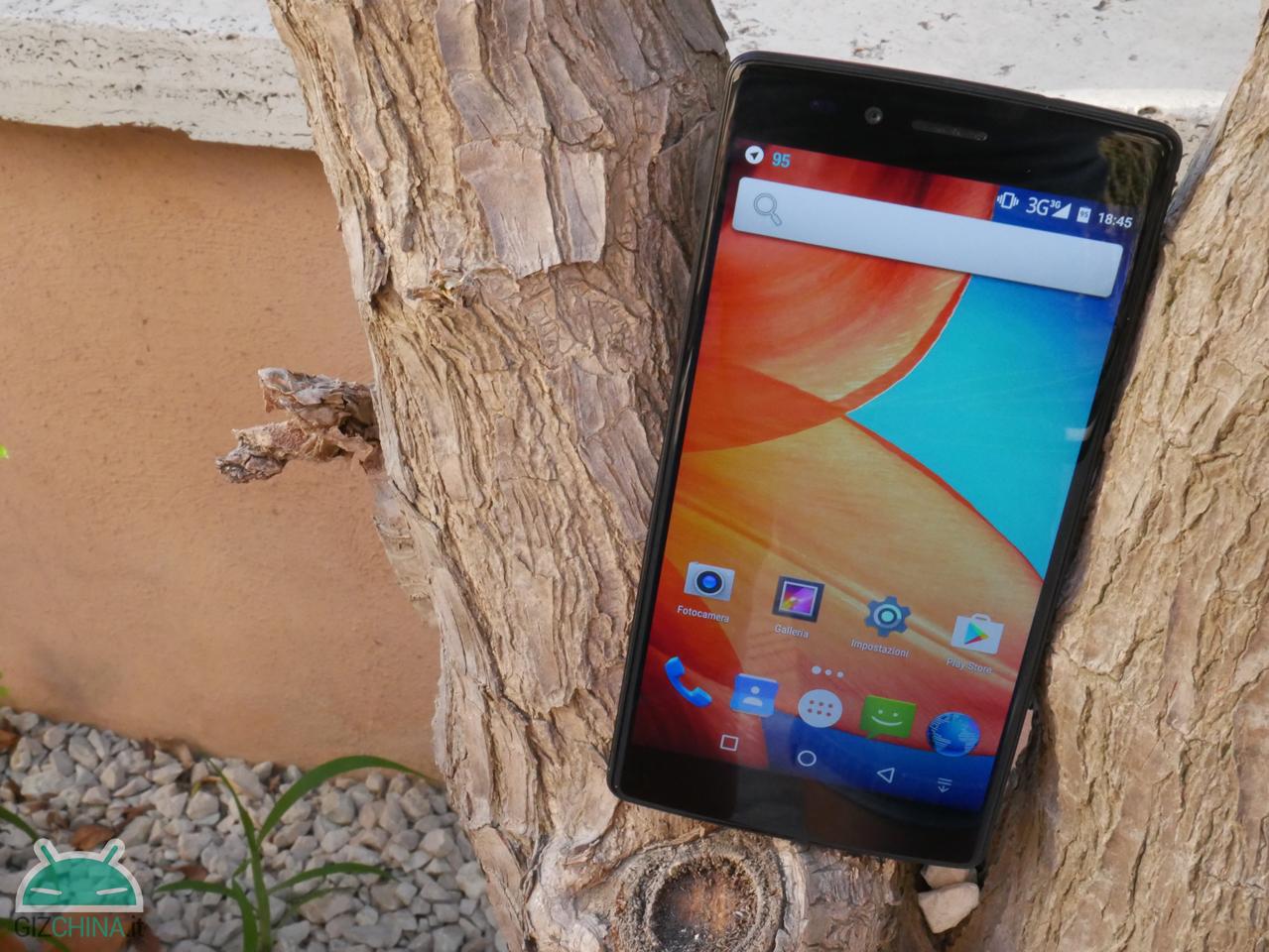 The packaging in our possession, in black hardcover with the writing of the manufacturer and the model on the top and side, contains the following accessories: 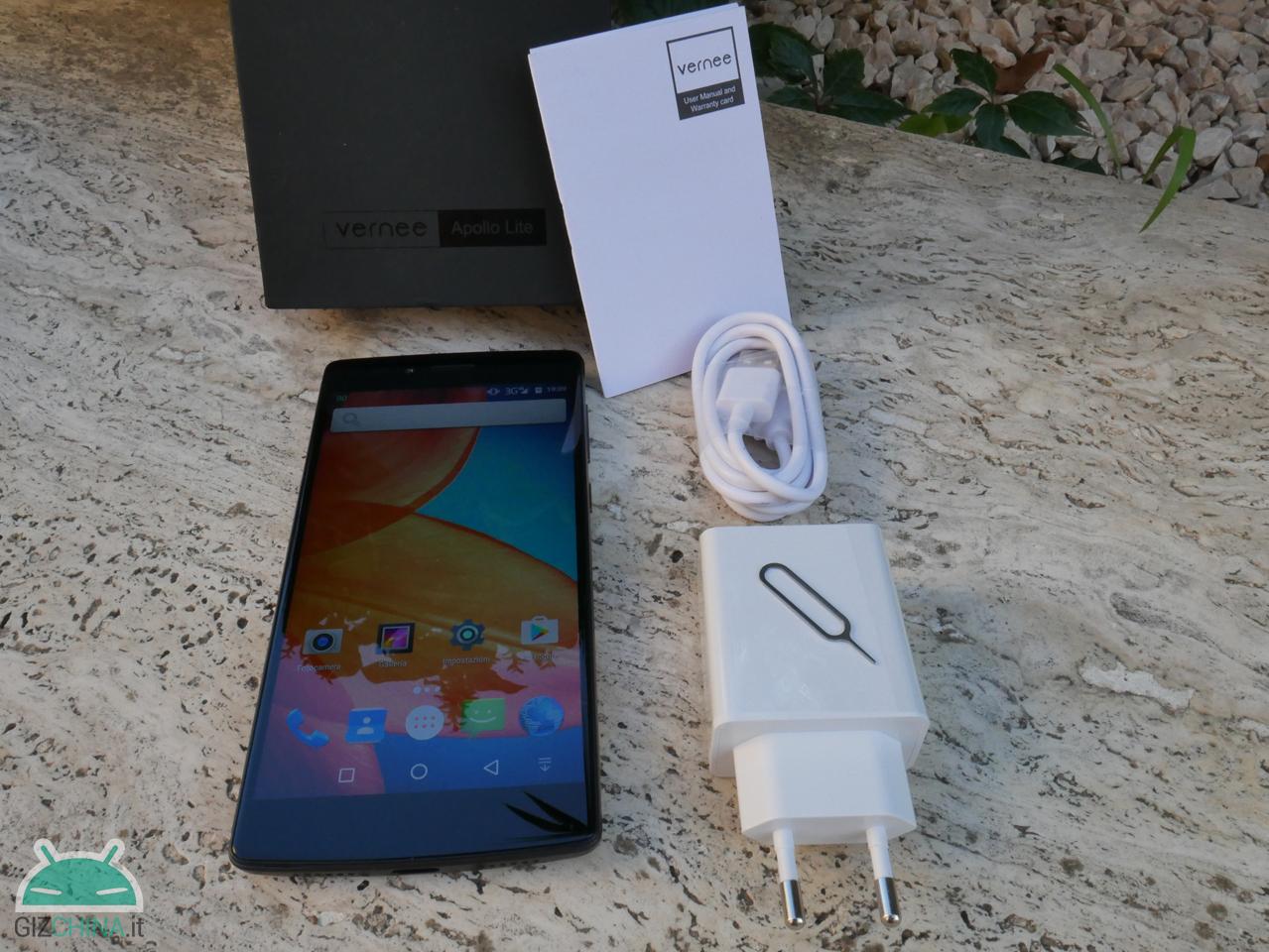 Unfortunately, there is no such adapter USB Type-C / mini jack to be able to test the technology lossless audio integrated in the USB Type-C output.

Il device is characterized by a metal unibody body, except for the upper and lower polycarbonate area to favor the transmission of the antennas. Molto elegance and particular the coloration at our disposal called "Black", sia for i reflexes that turn on violaceous, as for the finish slightly opaque. 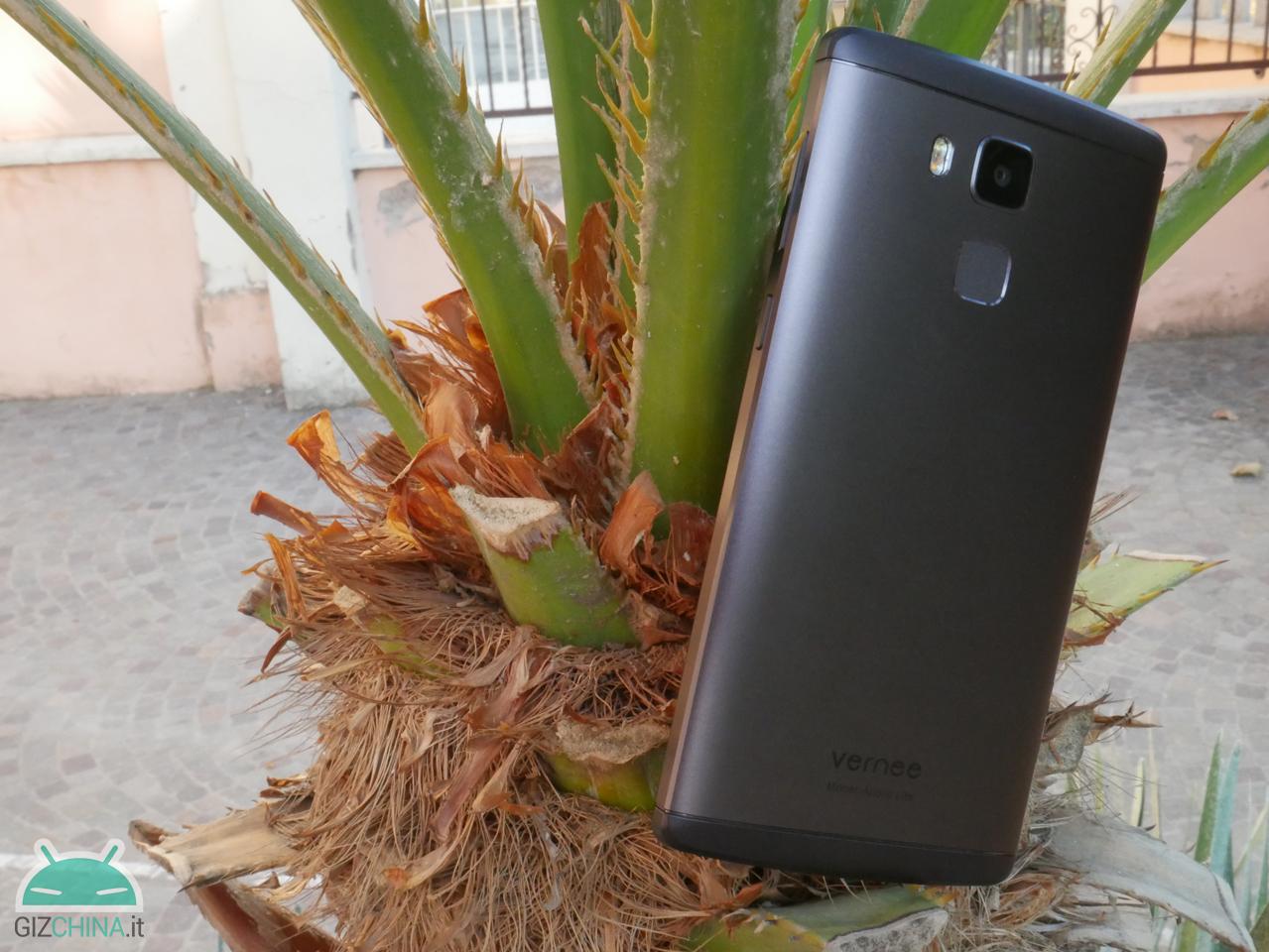 In terms of size, the device shows up with 152 x 76.2 x 9.2 mm for a weight of 175 grams. Despite the weight not among the lightest, the smartphone turns out very pleasant to hold in your hand and well balanced in weight, especially considering the diagonal of the screen from 5.5 inches. 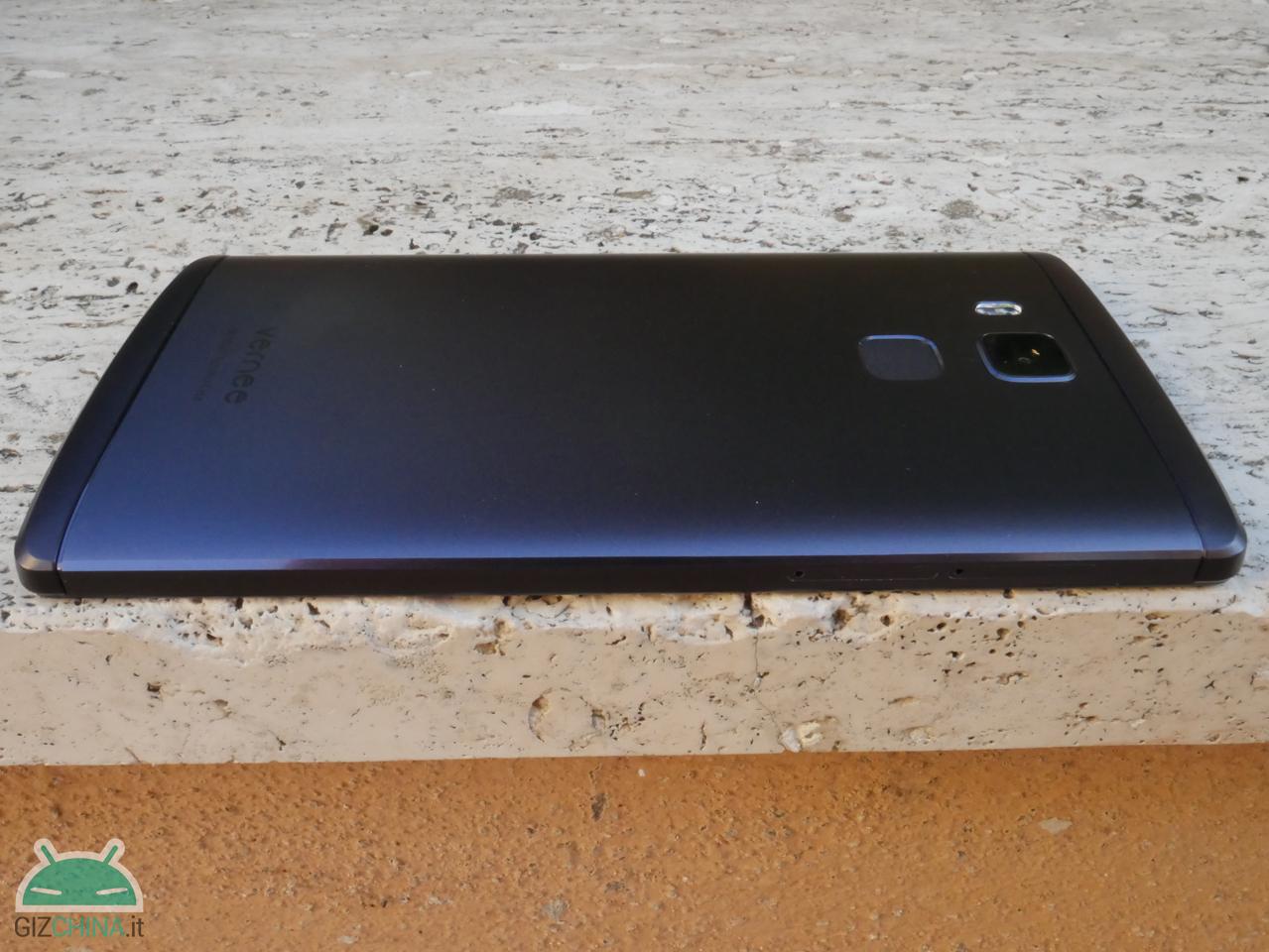 The Power button and the volume rocker are positioned along the right profile, solid in their position and with a good run.
On the left side, instead, we find two slots, one for the prima SIMs. format microphone and a second hybrid to contain the second SIM format dwarf or memory expansion via micro SD to 128 GB.

On the lower profile we find the connector USB Type-C centrally, while on the sides the single speaker of system and the main microphone. On the upper profile, however, there is only the entrance mini jack.

Finally, the rear body provides a central camera in the upper part, practically flush with the body, equipped with a sensor 16 mega-pixels combined with an LED flash dual tone. Poco further down, below the main camera, is the fingerprint reader. 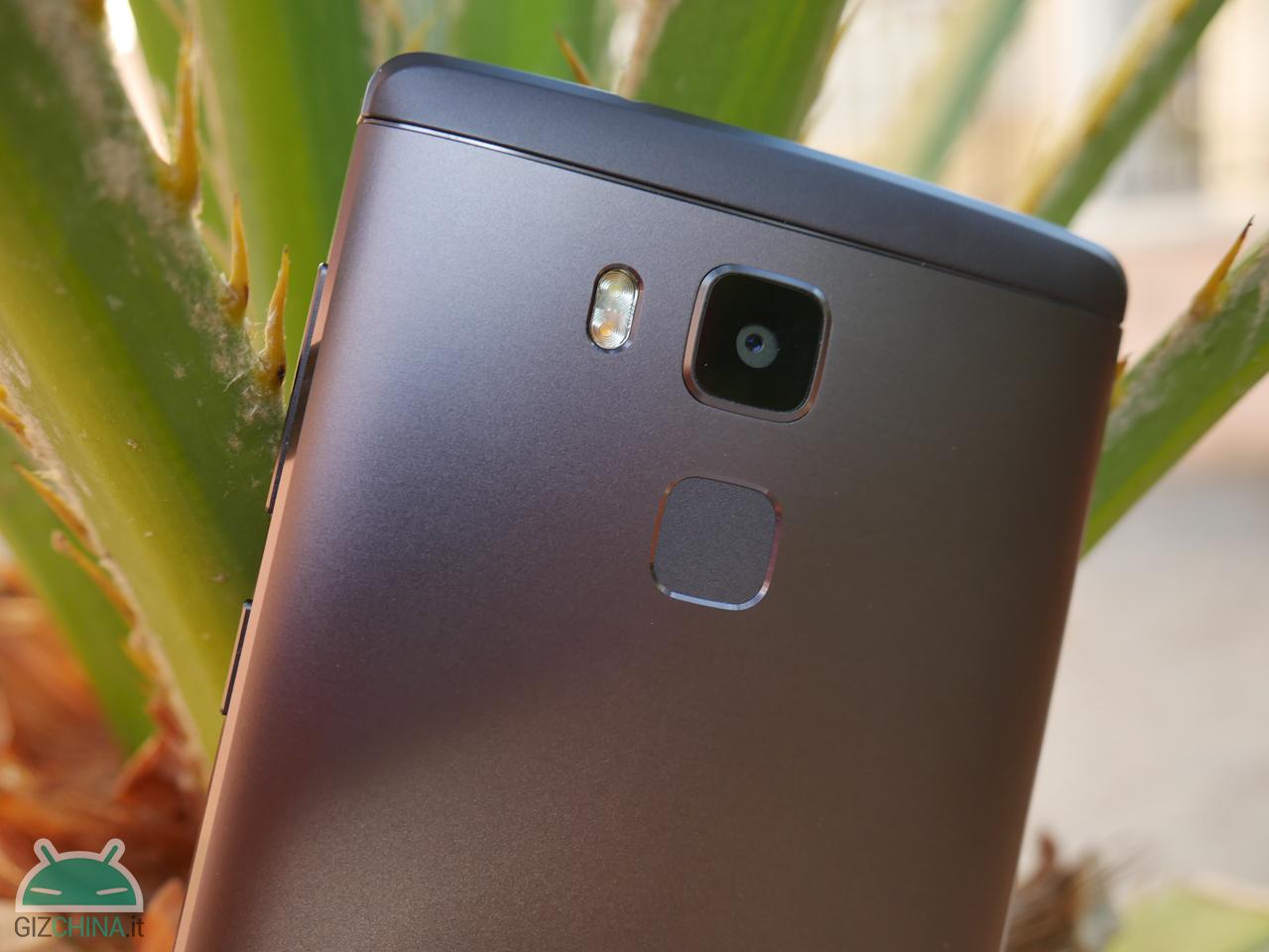 Frontally, the device has the ear capsule at the top, the Notification LED not customizable, the brightness / proximity sensors and the front camera from 5 mega-pixels.

Below, finally, i soft keys they are integrated into the display and are customizable in the position through a dedicated menu within the settings.

Inside the security menu there is the voice for the configuration of the not always immediate unlock via fingerprint.

The same, in fact, results slow and you need to keep your finger resting on the sensor more than usual in order to ensure the correct release. We could say that, indicatively, of 10 7 unlock attempts are successful. 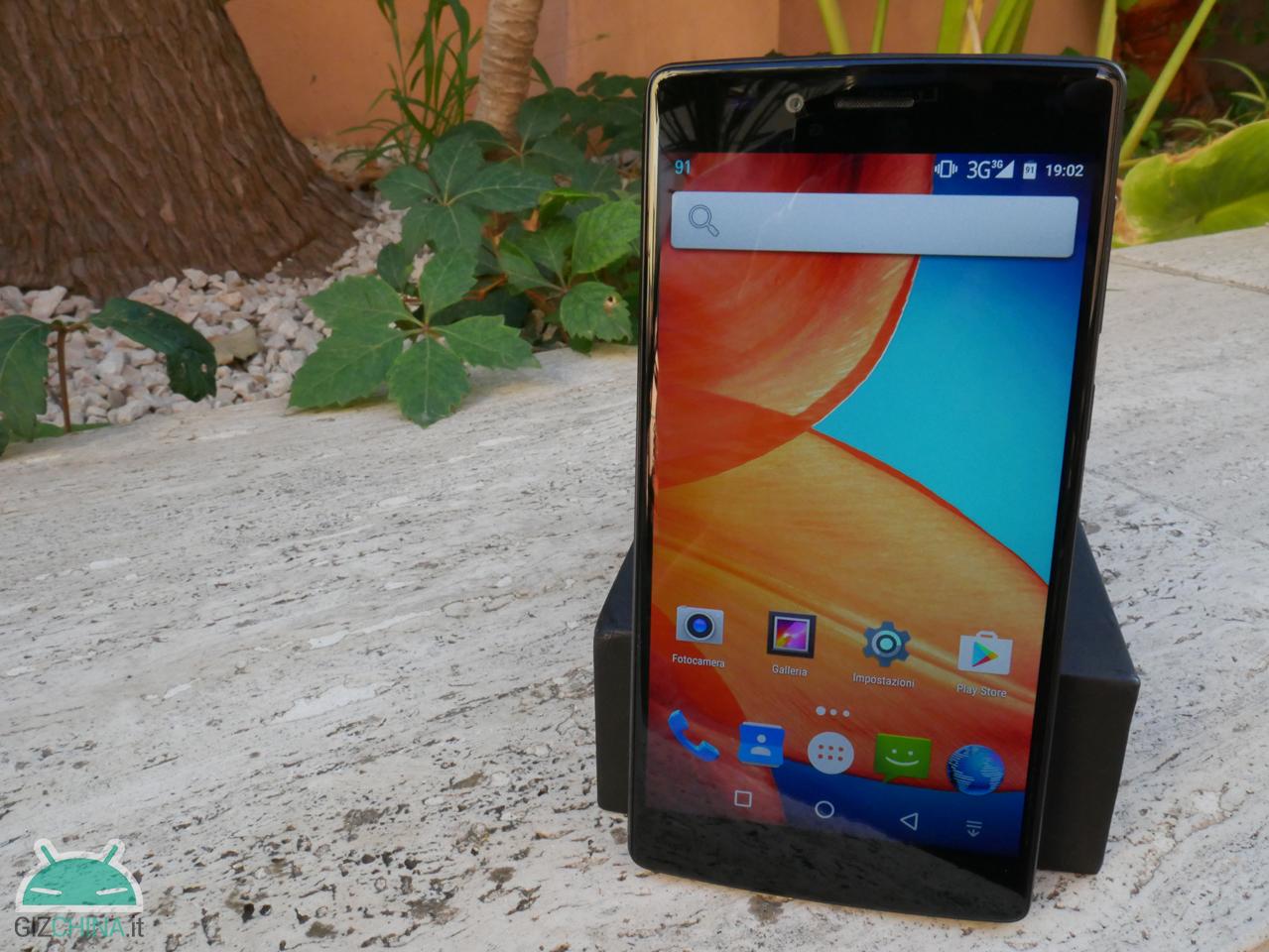 - angles of visuals are good and it is well balanced la color calibration. Furthermore, it is possible to intervene on the color temperature through the appropriate menu Miravision within the settings. Although the blacks are not particularly deep, we did not notice any changes to the increase in the viewing angle.

La brightness è good although under the sunlight a higher level would have been desirable. Moreover, in the regulation of the same, from three quarters to the maximum level there is little difference. Are present problems di reflectivity and oleofobicità as regards the surface treatments of the glass. In the standard the operation of the brightness sensor. 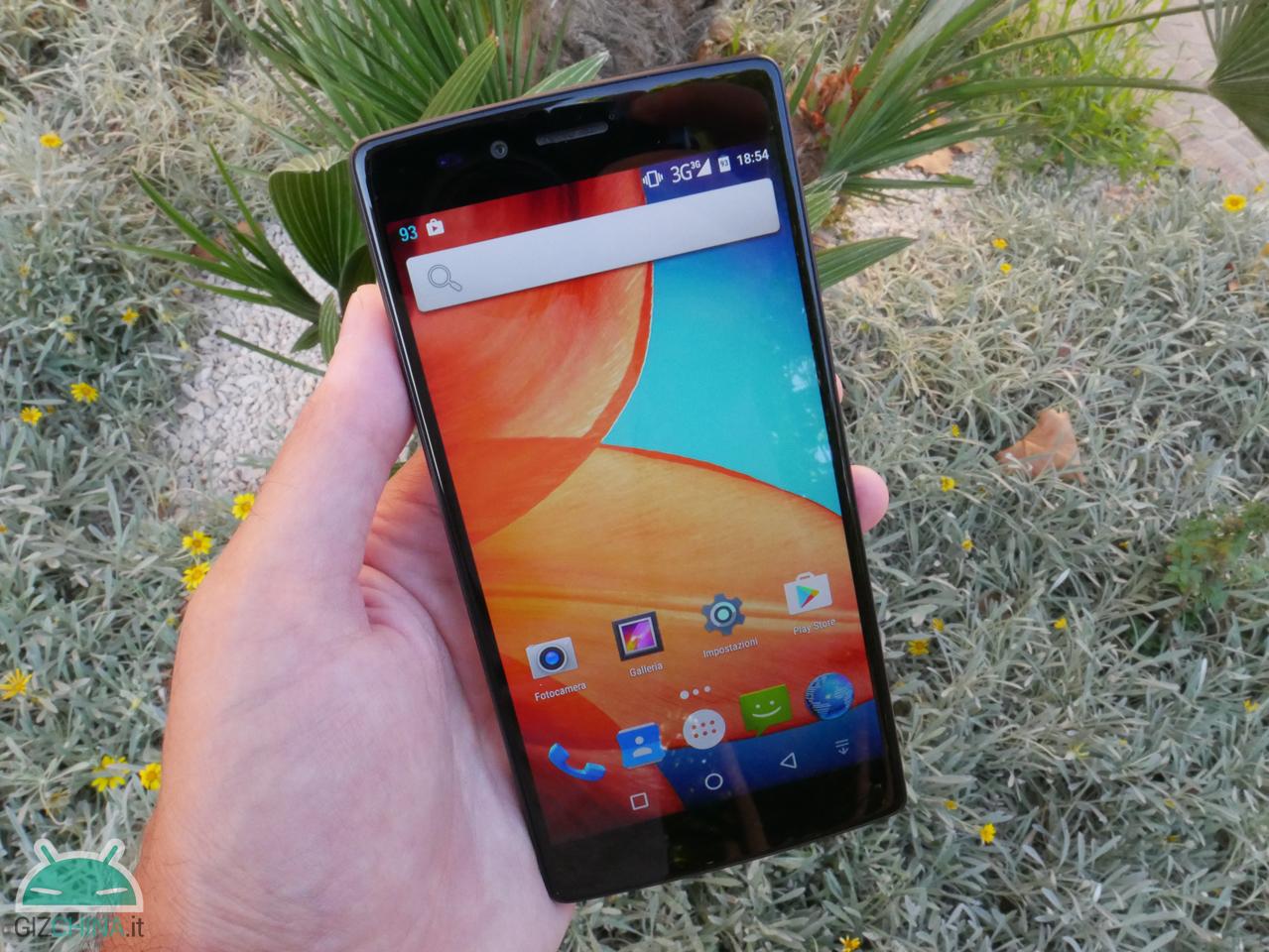 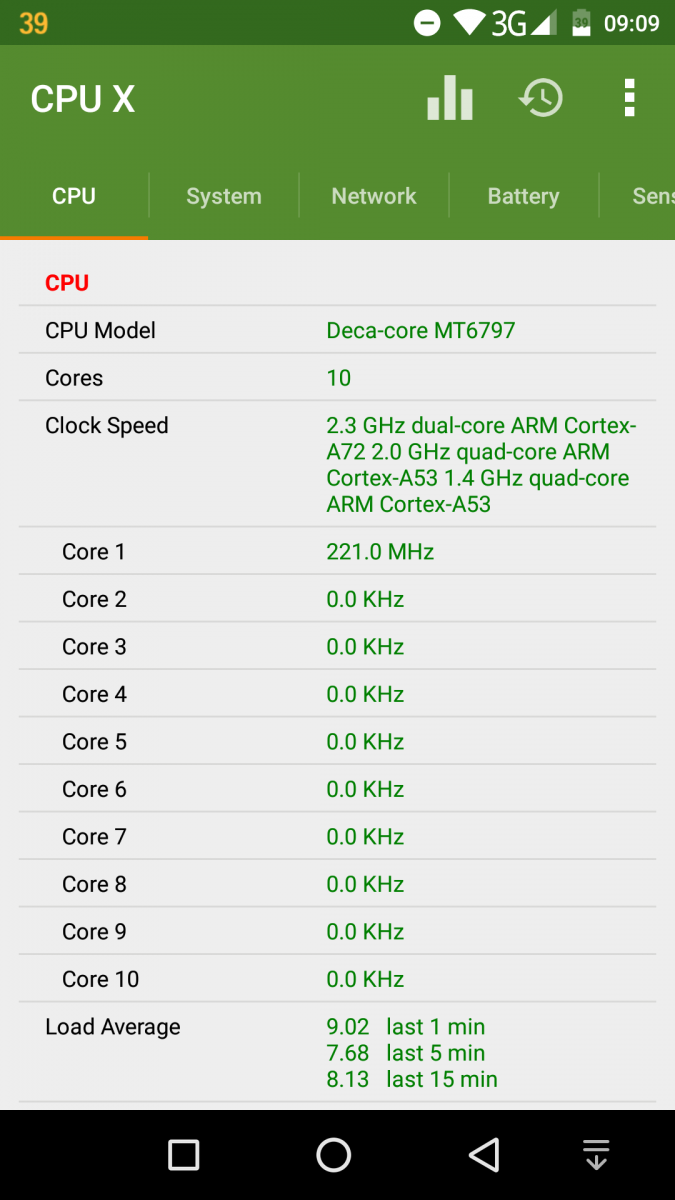 The hardware sector is particularly strong performances, reaching around 90000 points on the benchmark test Antutu, without particular jamming or lag in everyday use.

Given the processor and the amount of RAM on board theApollo Lite there are no problems with the management of the multitasking also with many open apps. Positive the possibility of being able to expand the internal memory with the only drawback of having to give up the use of another SIM card.

La GPU on board theApollo Lite it's an ARM Mali-T880 MP4 with clock a 700 MHz, which guarantees good performance. Particularly heavy games, such as Real Racing 3, are loaded with details at most, although there are some micro lags and some drops in frame rates during intense use.

As for the management of temperatures, only in the phases of Gaming particolarmente pushed that have put a strain on the GPU we have noticed a slight overheating.

No problem related to browsing sessions, the device is fast in uploads and fluid in interacting with web content. In addition, we point out that in addition to being installed a stock browser, there is always the reliable Google Chrome.

Regarding video playback, Ments Apollo Lite supports viewing them up to the maximum resolution 4K. 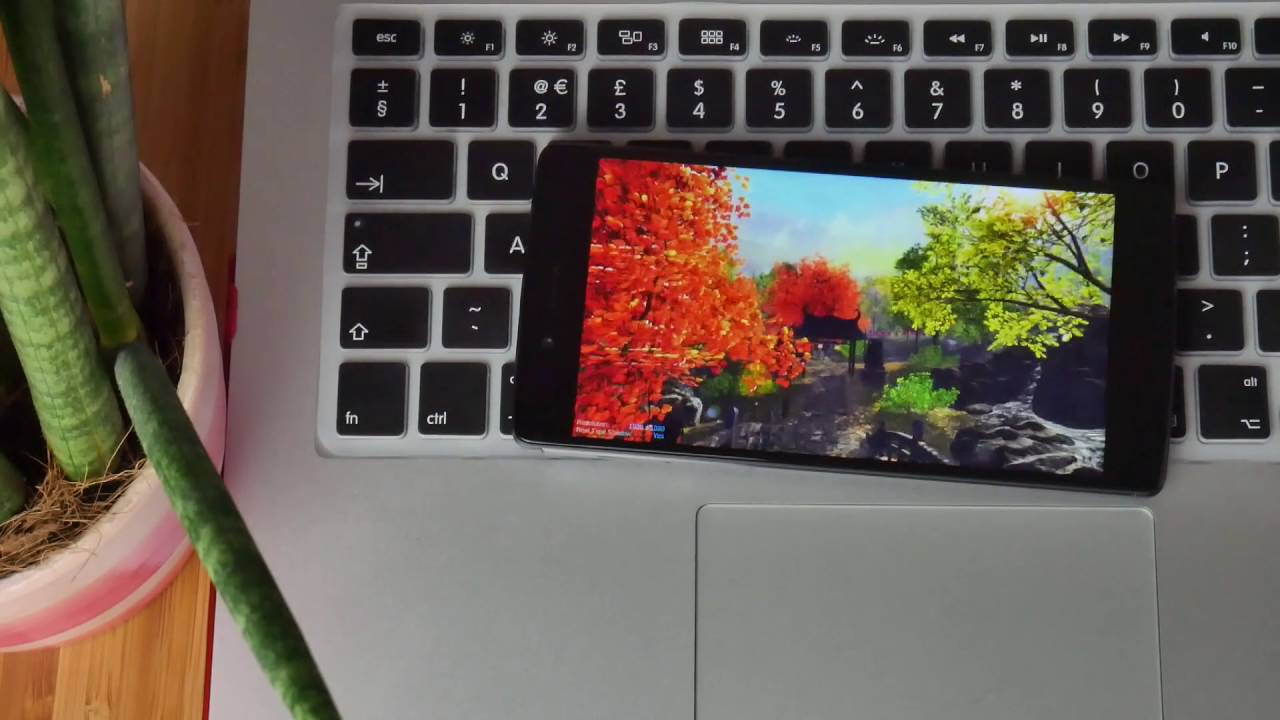 Regarding the photographic sector, this appears to be almost identical to that already analyzed onFuture Ulefone. In fact, both the main rear camera and the front one adopt branded sensors Samsung.

In fact, at the rear we find a sensor S5K3P3 da 16 mega-pixels with opening f / 2.0 and focus PDAF combined with a dual LED flash dual tone; front of the sensor is theS5K5E8 da 5 mega-pixels.

Unfortunately, and it is the big limit of many devices of Asian origin, theinterface it's the classic one Mediatek, now dated and absolutely not customized by the manufacturer.

In diurnal situation with a strong amount of light the shots realized are overexposed. Also zooming the image is visible some distortion with loss of details. The shutter speed is not extremely fast, especially in low light conditions.

As mentioned above, the front camera has a 5 mega-pixels from Samsung S5K5E8. The shots can be considered sufficient in conditions of good light, while, with the decline of light, there is unfortunately also a clear decline in overall quality.

Il LED flash of type dual tone although of discrete power absolutely does not improve the situation during night shots or in low light situations.

Apollo Lite allows you to record video in both Full HD in that UHD (3840 x 2160 pixels), but the possibility of filming to 60 fps is absent.

Regarding the registration in mode UHDonce again we were unable to upload the contents to YouTube per incompatibility of the codec. Furthermore, in a rather anachronistic way both the videos in Full HD in that UHD they are saved in the now obsolete format 3gp.

We also report theassenza area of optical stabilizationwhile its digital zoom It is available up to a maximum of 4X. 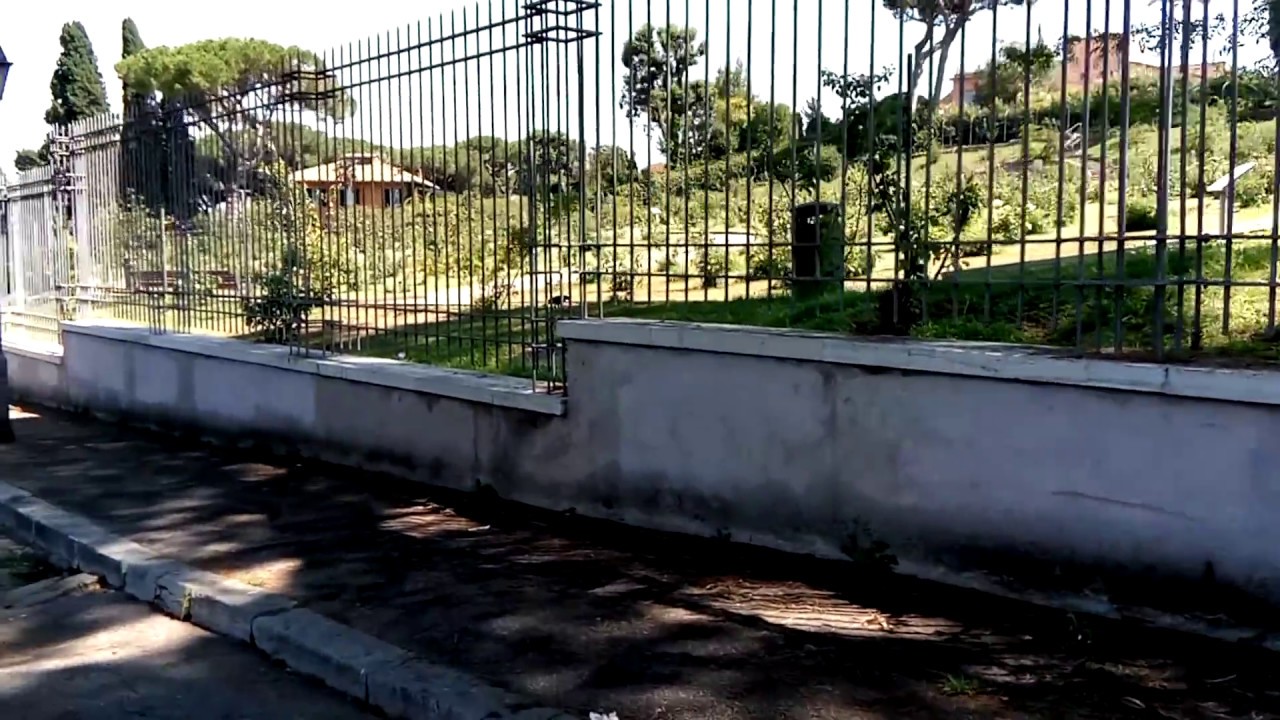 In terms of connectivity we find the support Dual SIM stand-by type (a micro SIM and a Nano SIM) 4G LTE Cat.6 with the presence area of  20 band.

During these days of use, we did not find any critical issues in this sector: Quick l'hooking and change cells, as well as no problem whatsoever in the use of content during the 3G / 4G connection.

Present the FM radio, while it is absent connectivity NFC.

On board the home device ments we find the latest version of the green robot, that is, Android 6.0 Marshmallow.

Practically absent any type of customization from the manufacturer, if not for the option "Turbo download", capable of increasing the download speed by simultaneously exploiting the data connectivity along with that Wi-Fi. 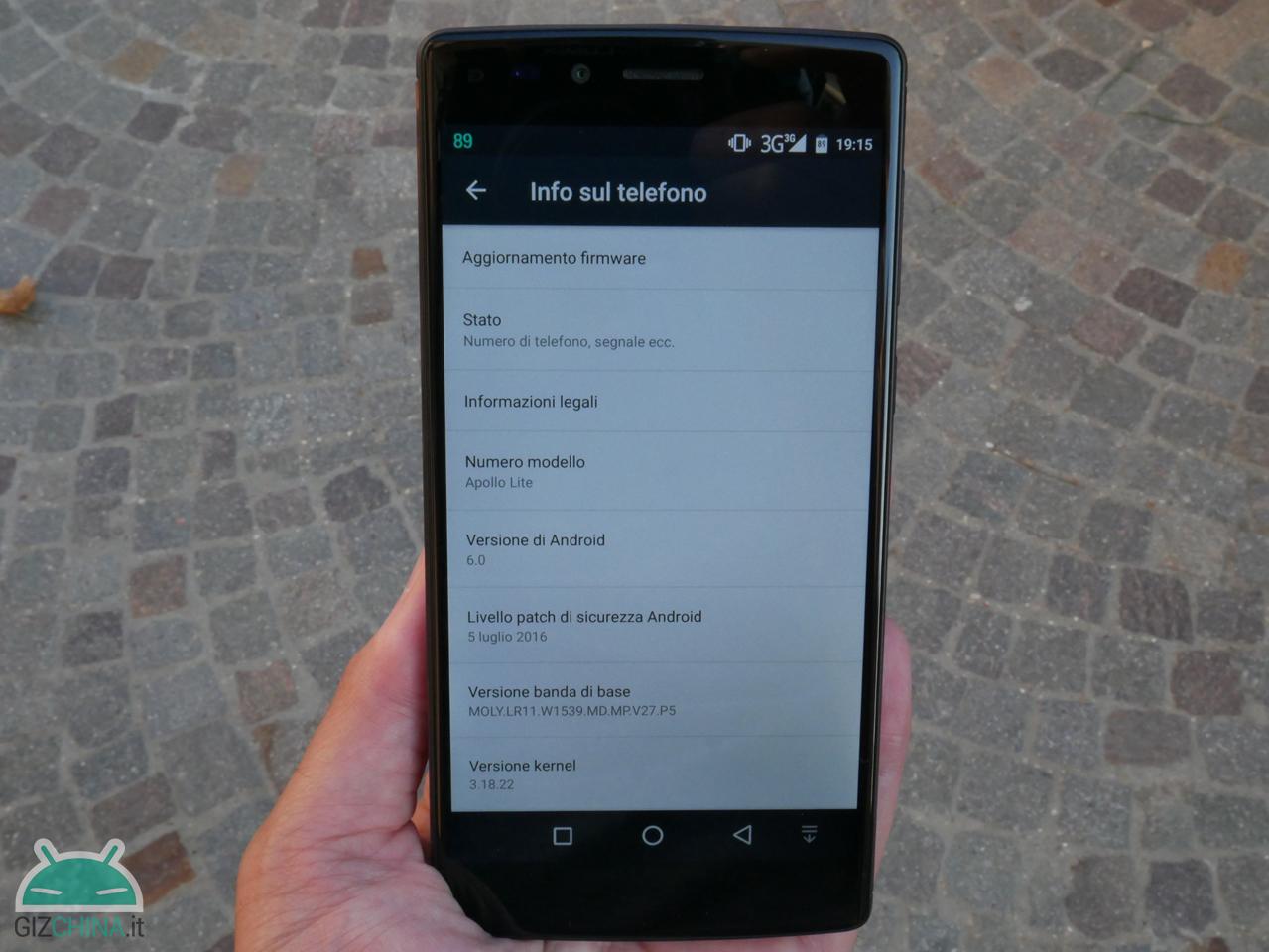 From a graphic point of view the use of icon that refer to versions rather dated of Android that probably will disappoint the end users: in this regard we recommend, at least, theuse of a third-party launcher to overcome this problem.

We emphasize that, during our use, we have received two updates, a sign of the manufacturer's attention in improving the usability and the user experience of the device. 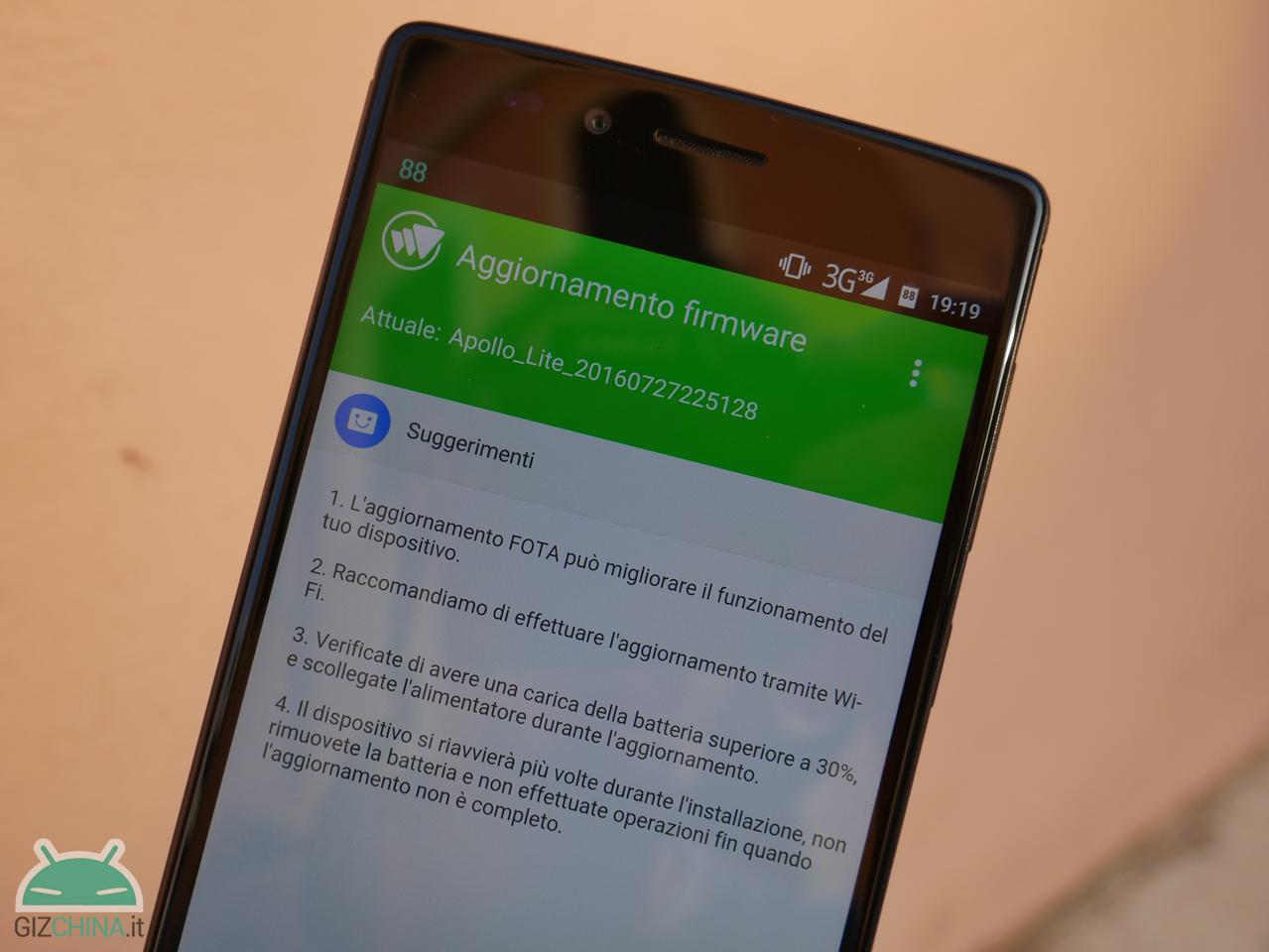 There is a non-removable battery inside the device 3180 mAh. Are very good the values ​​of autonomy that allow you to cover a day of medium-intense use with 5 hours plentiful di active screen. 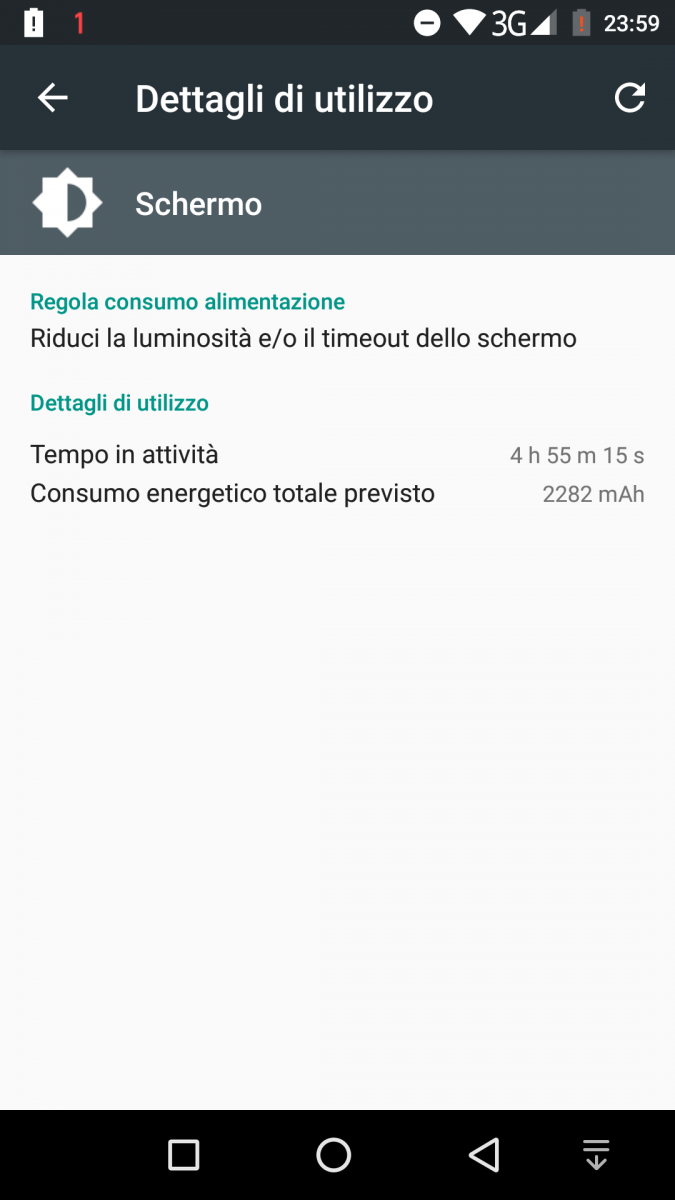 Present support for Quick Express Pump Express 3.0. This guarantees to recharge the battery 0% to 50% in about 30 minutes, reaching the 70% in 45 minutes and the full charge in 85 minutes.

The caribatterie supplied with Apollo Lite provides for exits a 5 / 7 / 9V 2A e 12V 1.5A. Furthermore, during the recharge phase between 50% and 70%, we found high temperature values of the device, among other things easily perceptible to the touch. 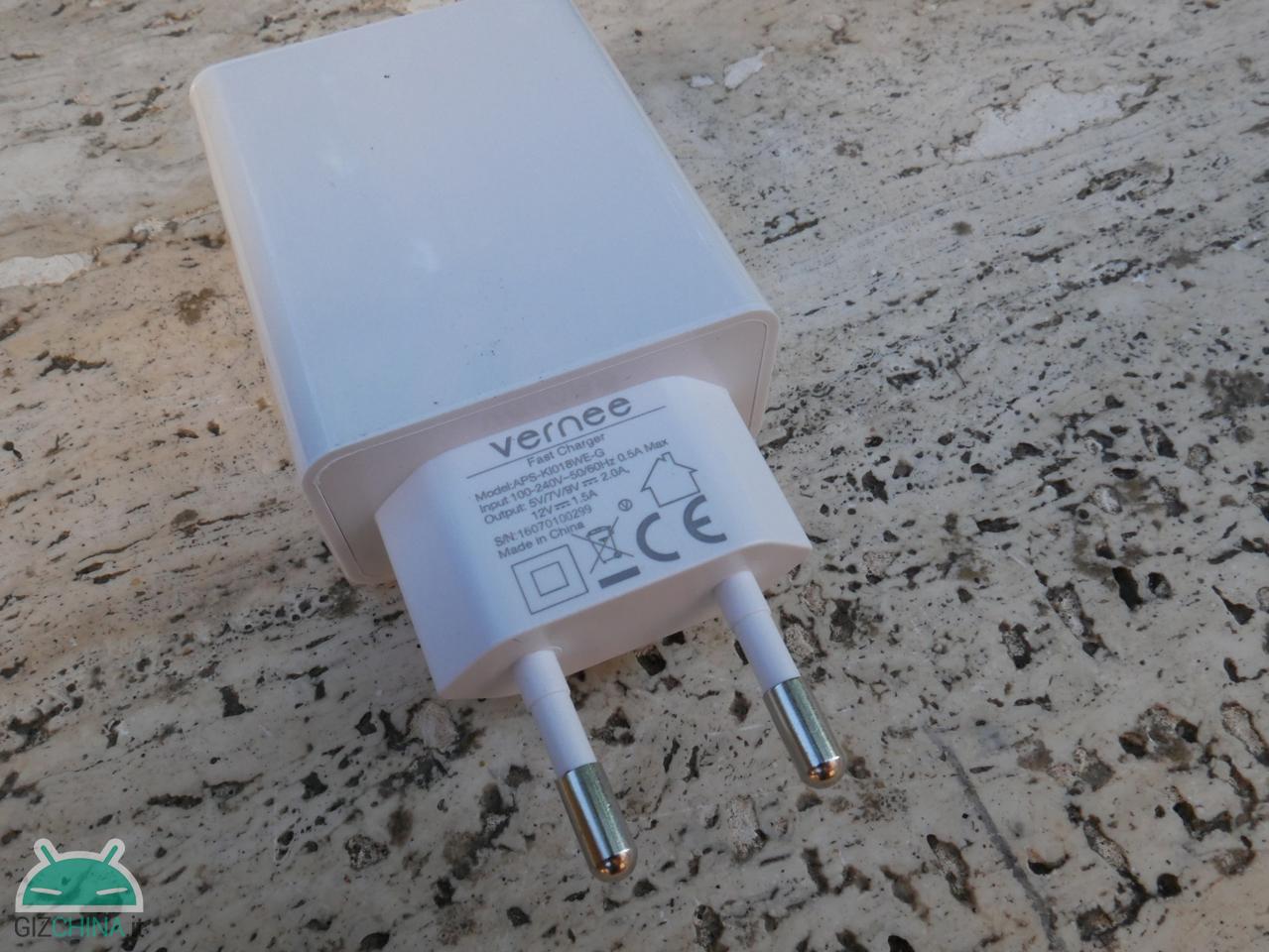 Considering this is the second device launched, it is the work carried out by the company is very good on this device. The more gaps are found in the multimedia sector, linked to the cameras, and to the software on board that limits the potential of this device.

Furthermore, the decision to implement the lossless audio technology means USB Type-C without providing a adapter in pack to use it. More than good as we have seen theautonomy guaranteed by the integrated battery e praiseworthy la constructive quality of the device.

What to say? Sometimes you can lose yourself in a glass of water and unfortunately very often what separates the top of the range from other interesting devices like this Ments Apollo Lite it is the overall optimization performed by the technicians on the hardware present on board.

That said, the Ments Apollo Lite, also considering its attractive selling price of 203.29 € on the online store Gearbest, it can certainly be a choice to be evaluated positively.