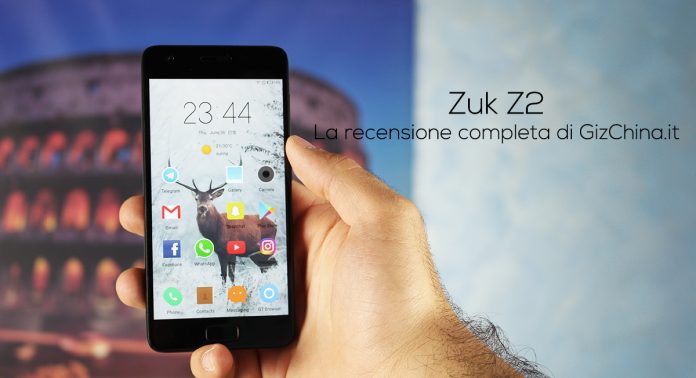 When they officially announced it, it seemed incredible and many found it hard to believe that everything was real. Let's talk about ZUK Z2, whose "incredible" part is contained in the quality-price ratio that distinguishes it, given the presence of one Snapdragon 820 e 4GB RAM memory with a street price lower than 300 €.

Today we find out in our full review, waiting to see if the device in question is or is not the long-awaited best-buy this year. 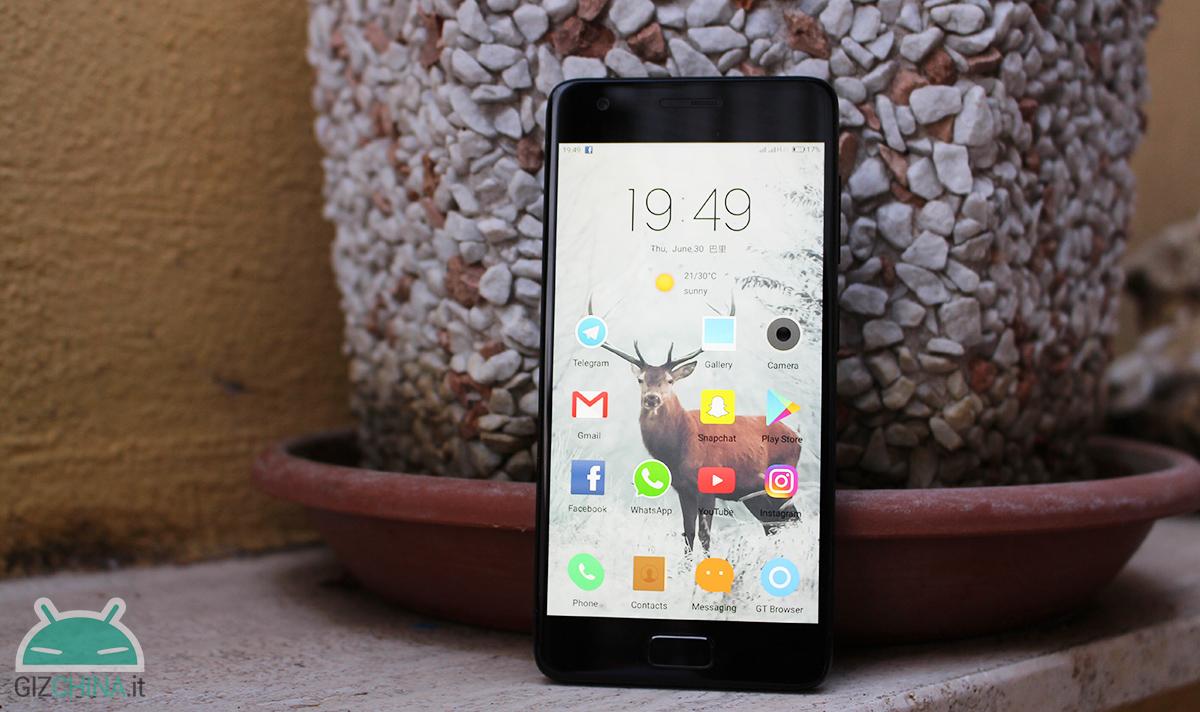 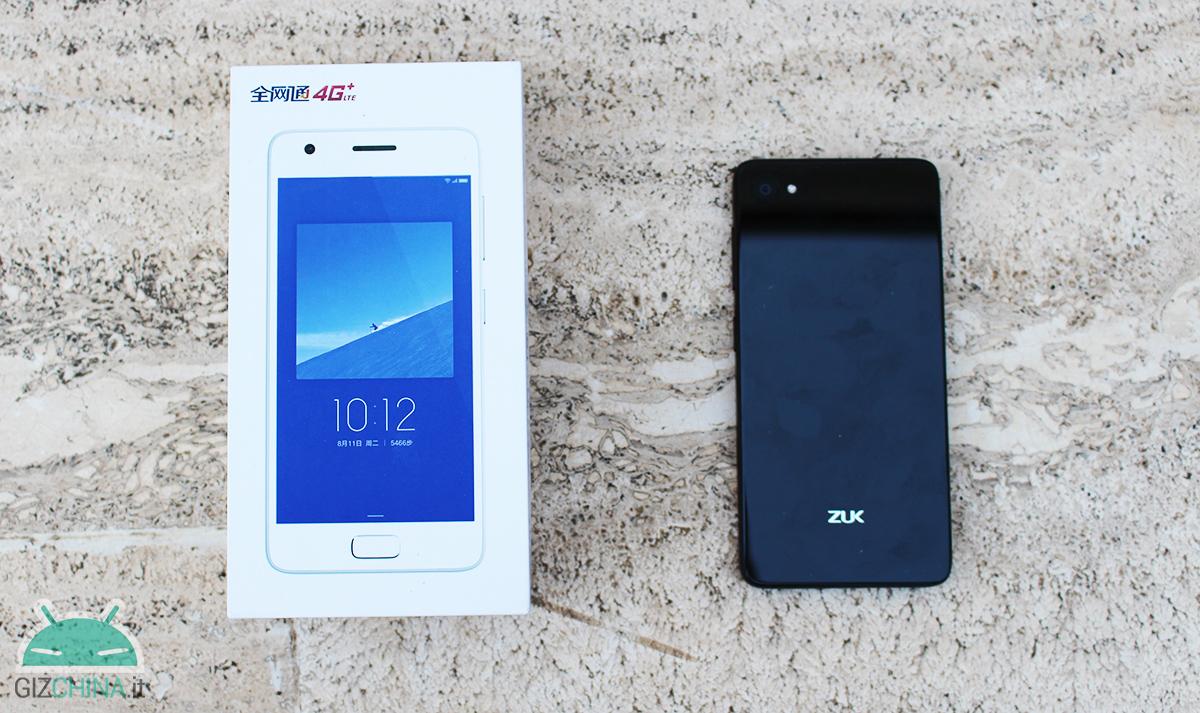 Very simple and minimal is the package sales and the related content. In fact, inside, we can find: 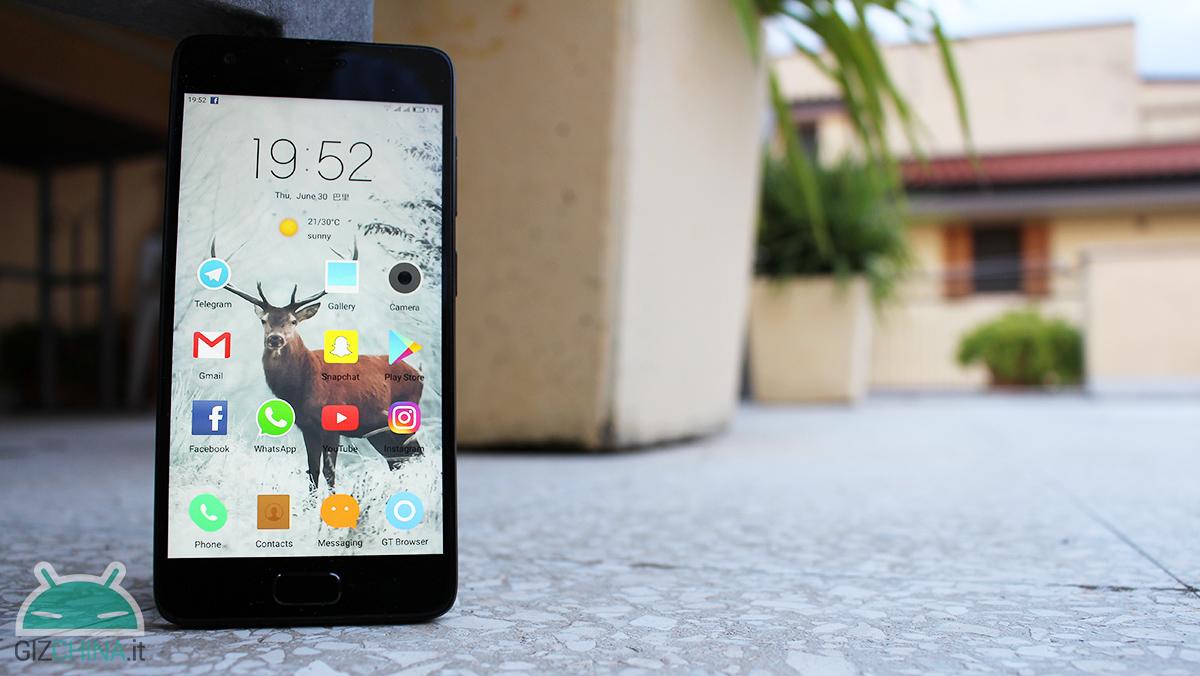 Ok, lo Zuk Z1 last year it was not so nice and certainly it is strong for an interesting hardware but above all for the CyanogenMod to support. Zuk Z2instead, it changes completely broken and the Chinese company which is headed by Lenovo has created a seemingly premium-looking device, but with some cheap aspects.

To be clear, the similarity with devices of the past generation Apple (see, first of all, iPhone 4S) is quite evident, but if the lines are very similar in some ways, on the other hand you can see the presence of materials of not first quality, although the device is assembled and made impeccably. 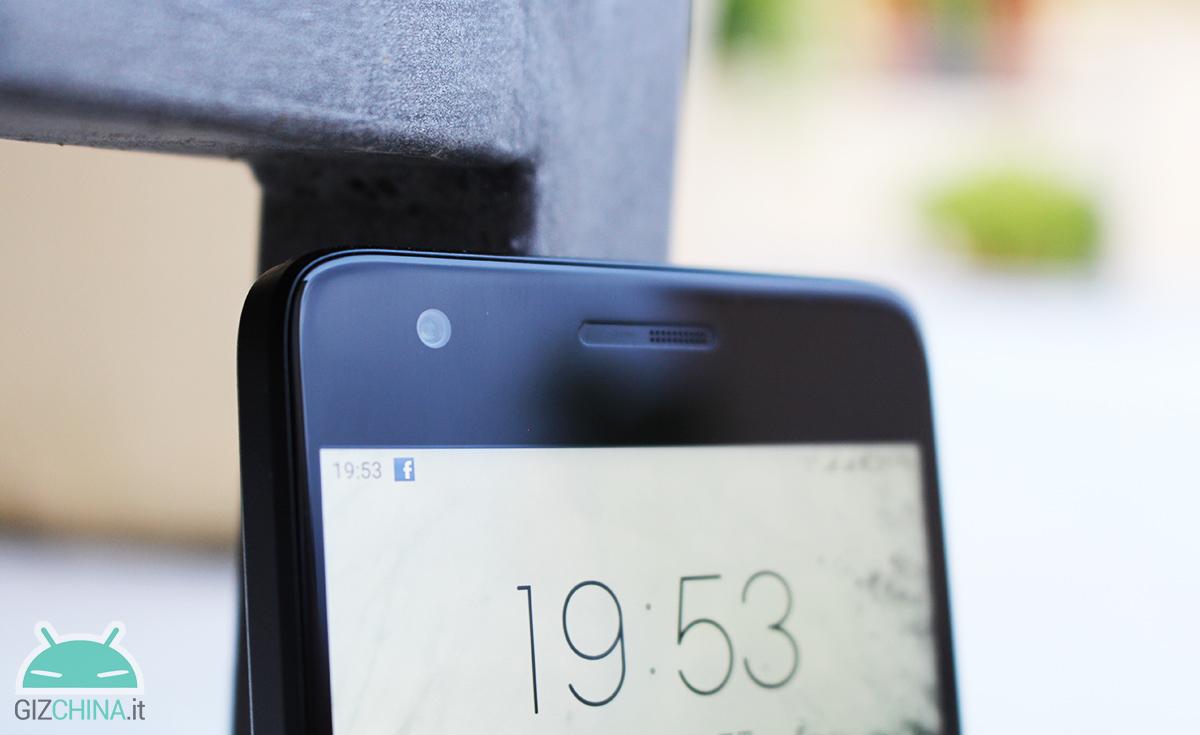 Il body it is almost entirely in glass, it is very elegant and refined but, despite the treatment oleophobic to which he was subjected, unfortunately holds many fingerprints. It must also be said that it is very easy to scratch the rear glass even with a simple daily use, which highlights its fragility.

Il lateral perimeter in addition, the device is made entirely of plastic, very rigid and well finished. In short, the construction is good and the design is very elegant and refined, but the aspect in which it sins slightly, in my opinion, is linked to the materials.

Analyzing the smartphone more closely in detail, frontally you can see the presence of the central physical button only. ZUK has done a great job with this button, which in addition to incorporating a very high performance biometric scanner, has some gestures that allow us to interact with the system in a really fast and intuitive way. 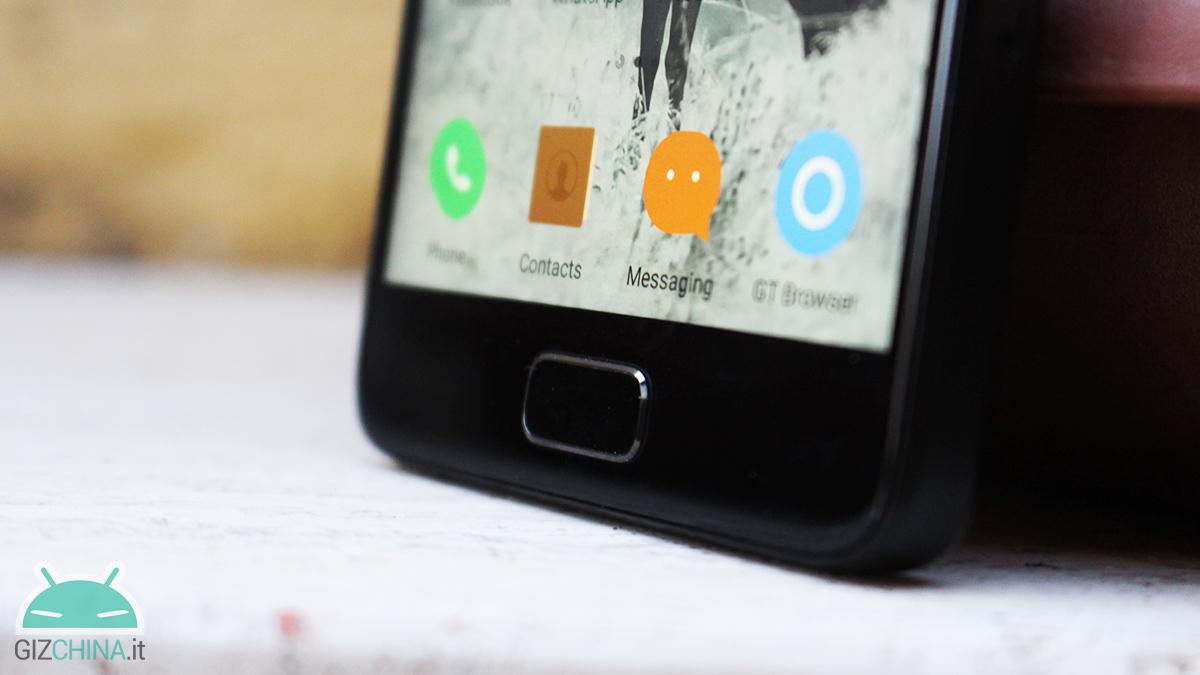 On the lower side, then, we find the entrance mini jack from 3.5 mm for headphones, the microphone, the connector Type-C and on the far right the system speaker. 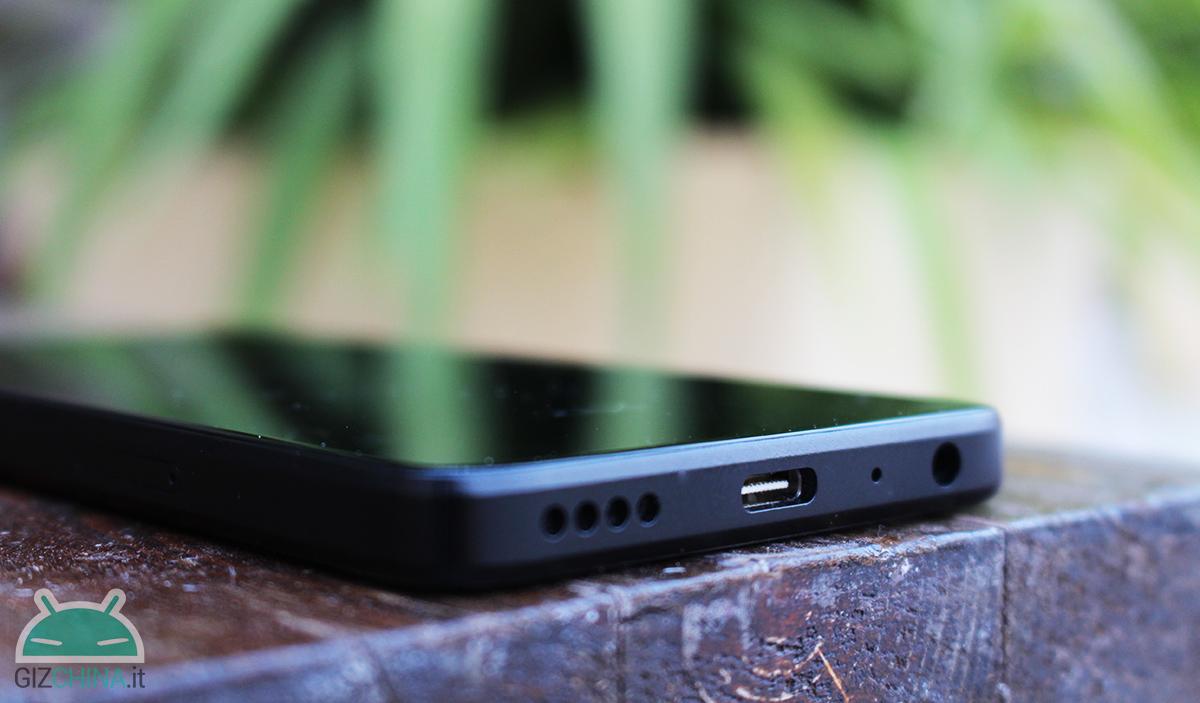 On the left side and up, then, the smartphone does not have any input or button, while on the right side we find the usual keys to adjust the volume as well as the power button, lock and turn off. Furthermore, the SIM cart has also been inserted below. 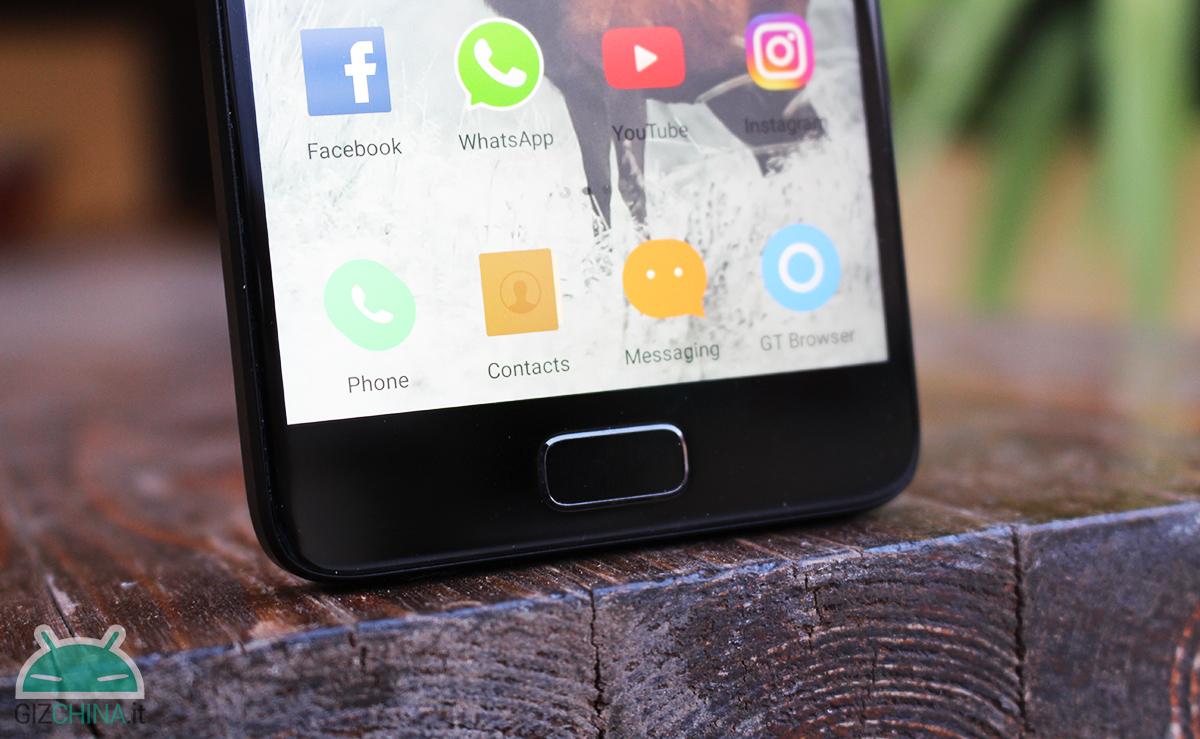 Equipped with a panel with diagonal of 5 inches and resolution Full HD 1920 x 1080 pixels, Zuk Z2 has a matrix display IPS a PPI 441. The quality of the images reproduced on this display is really remarkable, even if the resolution is stopped by itself Full HD; excellent choice of ZUK not to adopt the QHD for a consistent energy saving.

The maximum brightness of the panel, however, does not fully convince and under the strong sun exposure there is some difficulty in displaying the display. Good, however, the customizations for the color temperature that allow us to customize some parameters.

Good whites, a little 'less the blacks that tend to gray when you widen the angle of view.

Let's be honest, no one expects to find such a powerful heart inside a smartphone like this poco imposing; it is a convoluted reasoning, but if you think about it there are practically very few smartphones of small size (in terms of dimensions) that have high-end hardware, but Zuk Z2 is one of these.

The smartphone in the use of every day, in fact, manages to offer high-end performance while entering a very competitive price range. ZUK Z2 in our tests has never highlighted particular difficulties, if not some sporadic slowdown certainly attributable to the ROM which, probably, is not yet reliable at 100%.

However testing the usual video samples, Zuk Z2 can easily reproduce all the sampl we have, starting from Full HD in MP4 up to the 4K with codecs h.265.

The video game aspect, then, is well optimized and with Asphalt 8 with maximum graphic details, the smartphone does not seem to give way to anything, managing to almost always guarantee high-level performance. The Snapdragon 820moreover, it does not overheat more than usual and even in prolonged sessions of use, both in gaming and, perhaps, in benchmark, temperatures remain always in the norm.

Web browsing, then, is entrusted to the browser of the ZUI. Personally I did not like it, I'm very invasive customizations in Chinese, which is why I used the credit Google Chrome, which is fluid and fast in loading and interactions even with the heaviest pages.

Next, instead, find the results of the benchmarking carried out with the ZUK Z2. 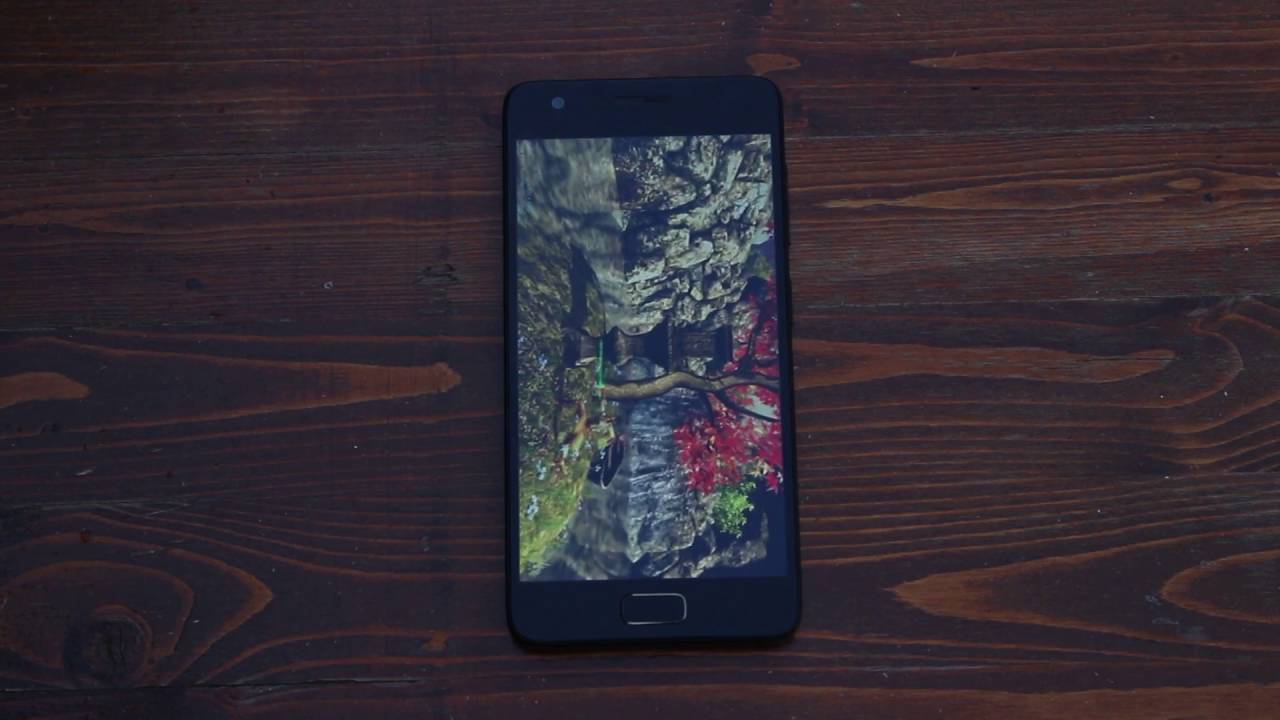 The placement, at the bottom of the smartphone, is good for the speaker of which Zuk Z2 is in possession. It must also be said that the quality of the audio output is good even if the speaker loses some points given the maximum volume not fully convincing. Good, but not very well. 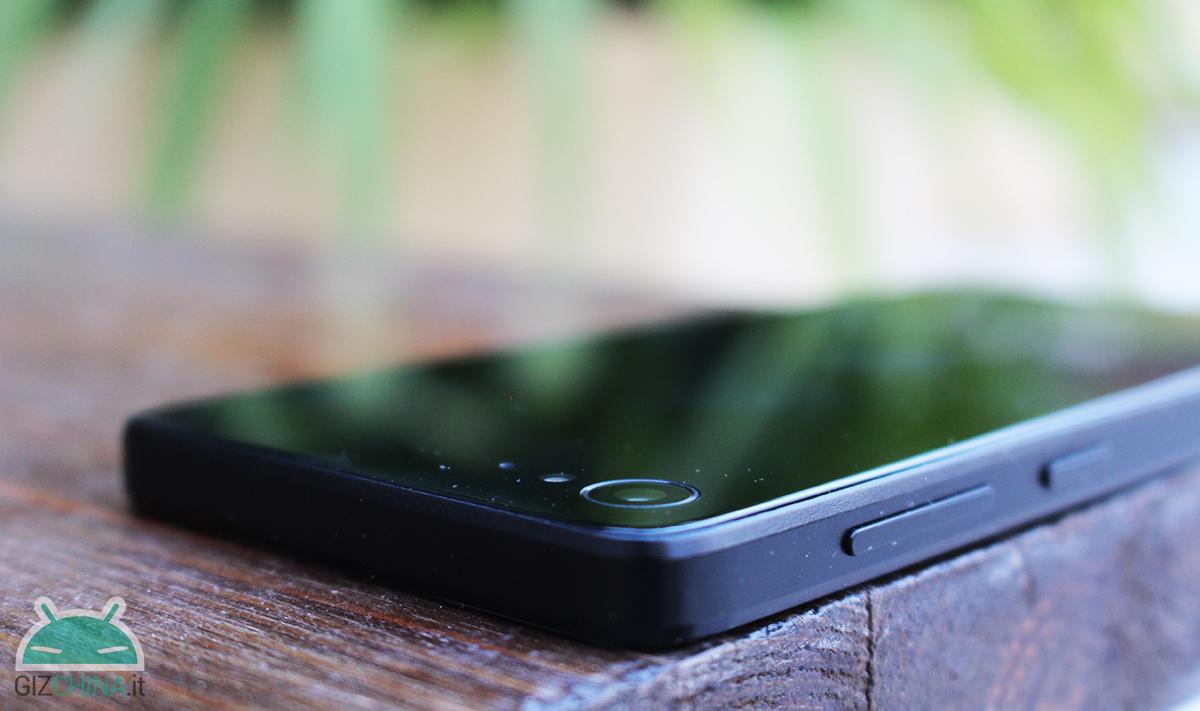 Probably if we were asked what is the least interesting aspect of this smartphone, we would certainly answer the camera. Holding a sensor ISOCELL di Samsung da 13 mega-pixels and a front from 8 mega-pixel, ZUK Z2 fails to amaze in the shots made.

The quality of the photographs in daytime is acceptable, the definition is not very high and the colors are slightly kneaded. At night, then, the flash does not illuminate the scene properly and only the subjects in the foreground will be exposed in the light of the flash. Moreover, the colors lose their sharpness at night and are staggered and of low quality.

The camera application of the ZUImoreover, it does not integrate many customizations and removed some modes such as panoramic shooting and the one with HDR, there are no significant news to highlight.

Present the ability to record videos until the resolution 4K e slow-motion up to 960 fps.

At the moment the quality of the videos does not convince even if the captured sound is clear and well defined. 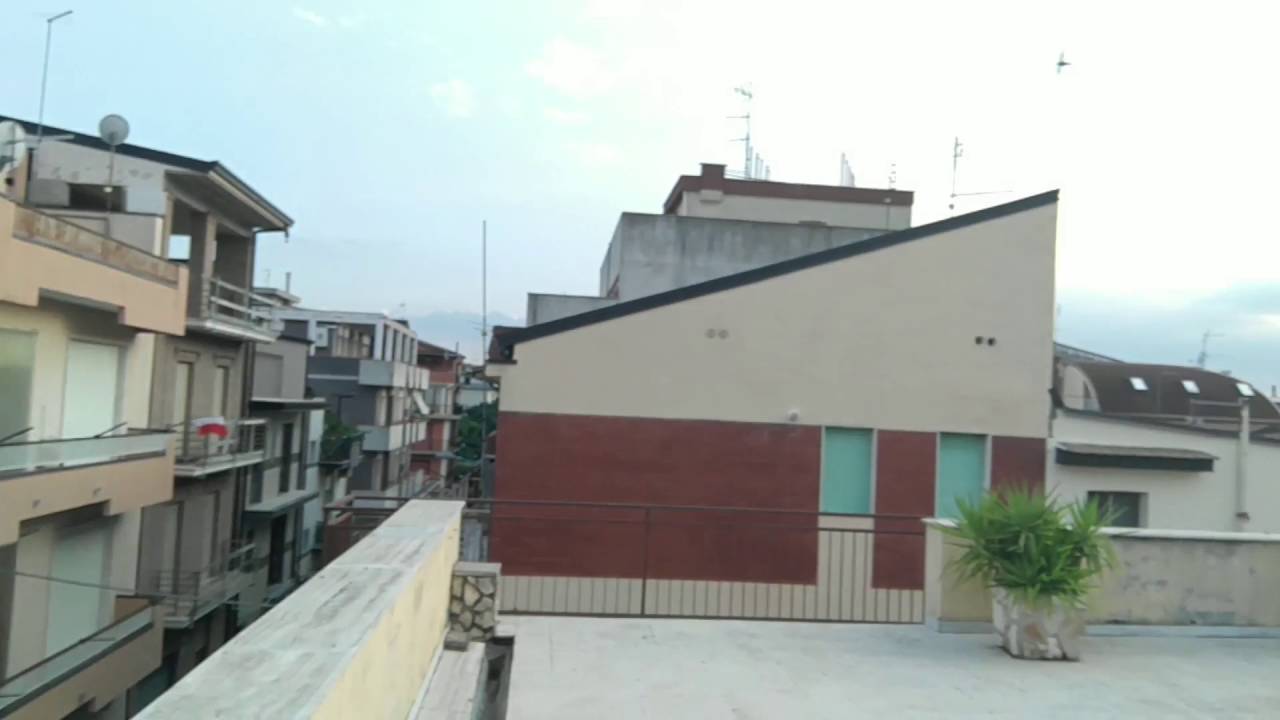 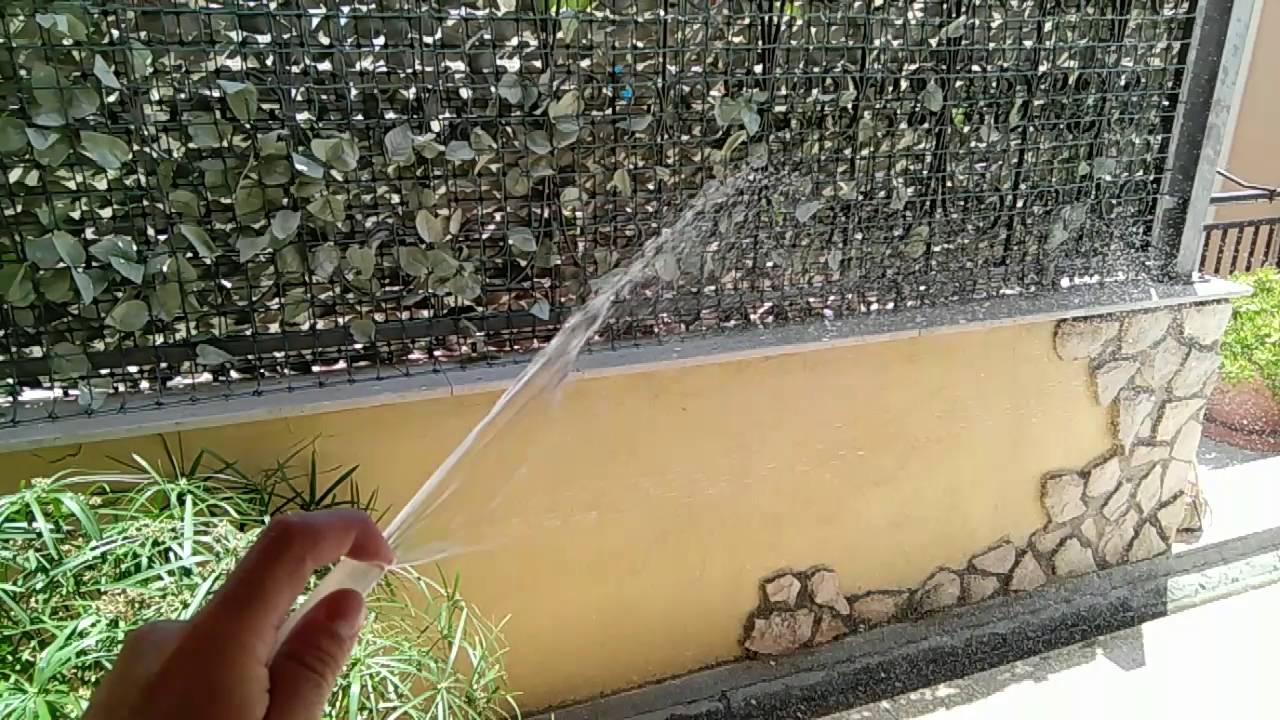 At the time of the launch of this device, the company had announced the presence of many custom roms available on board over the ZUI, but at the moment they seem to be all voices in the air. The device, in fact, is born with on board a ROM owner of ZUK in Chinese and English, without services Google and with many pre-installed Chinese apps.

The performance of the smartphone with this ROM, on the whole, are good, but part of the potential of such an interesting hardware is surely to be castrated by an optimization that is certainly not excellent. On the other hand, the graphical interface of the ZUI, although very inspired by other interfaces, see Flyme OS or the ubiquitous iOS of Apple.

It is possible to change the theme of the menus, to set particular gestures to the key U-Touch as well as activate a quick settings panel with an upward styled swype control Center di Apple.

The device is characterized by the presence of the physical frontal button U-Touch which also integrates a fingerprint reader.

The key remembers the solution a lot in operation mBack adopted by Meizu as it allows you to go back with a tap and return to the home with a physical pressure.

Unlike the solution adopted by Meizuhowever, it is possible to switch between applications by touching the left or right side of theU-Touch.

In addition, the fingerprint reader is touch-sensitive and not pressurized so you need to rest without pressing your finger unlock with the screen off.

Probably it was the biggest surprise of this ZUK, an aspect that we never thought could convince us fully. With i 3500 mAh of which it is equipped ZUK Z2, the device manages to bring us up to the evening with medium-intense use with over 20% of charge still available, totalizing more than 5/6 hours of active screen, with two inserted SIM cards and frequent cell changes.

I 3500 mAh they are completely recharged with the supplied power supply in approx 2/2 hours.

It inherits from its predecessor ZUK Z1, therefore, the excellent autonomy that convinces even more on this model given the lower amperage compared to last year.

Zuk Z2 by many it was considered the best-buy of the year at the time of the launch, but in the light of our tests, even if it is interesting from different points of view, there is still something that can not convince us fully.

Despite the exceptional value for money, ZUK Z2 has some aspects that a little 'make us turn up their nose, first of all the camera not up to a device like this and secondly the materials used that, even if they want to seem premium, give the impression more than being cheap.

We will focus on ZUI 2.0 as soon as it will be officially released to check if with the new release of the proprietary ROM the device will be more performing than it is currently.