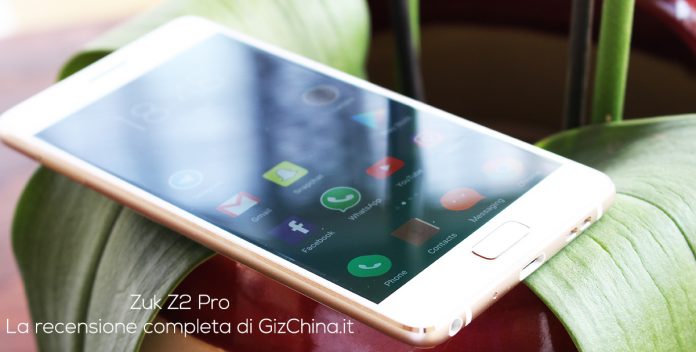 In the light of one Zuk Z2 which, although we liked it, however, remained in the shade for some non-convincing aspect to 100%, today we discover together the Zuk Z2 Pro, device of high-end placed alongside the OnePlus 3.

Lo Zuk Z2 Pro differs from the basic version for some differences, including the type of panel that changes from IPS to AMOLED and compatibility with some frequencies LTE more. Let's find out, then, in ours Full review. 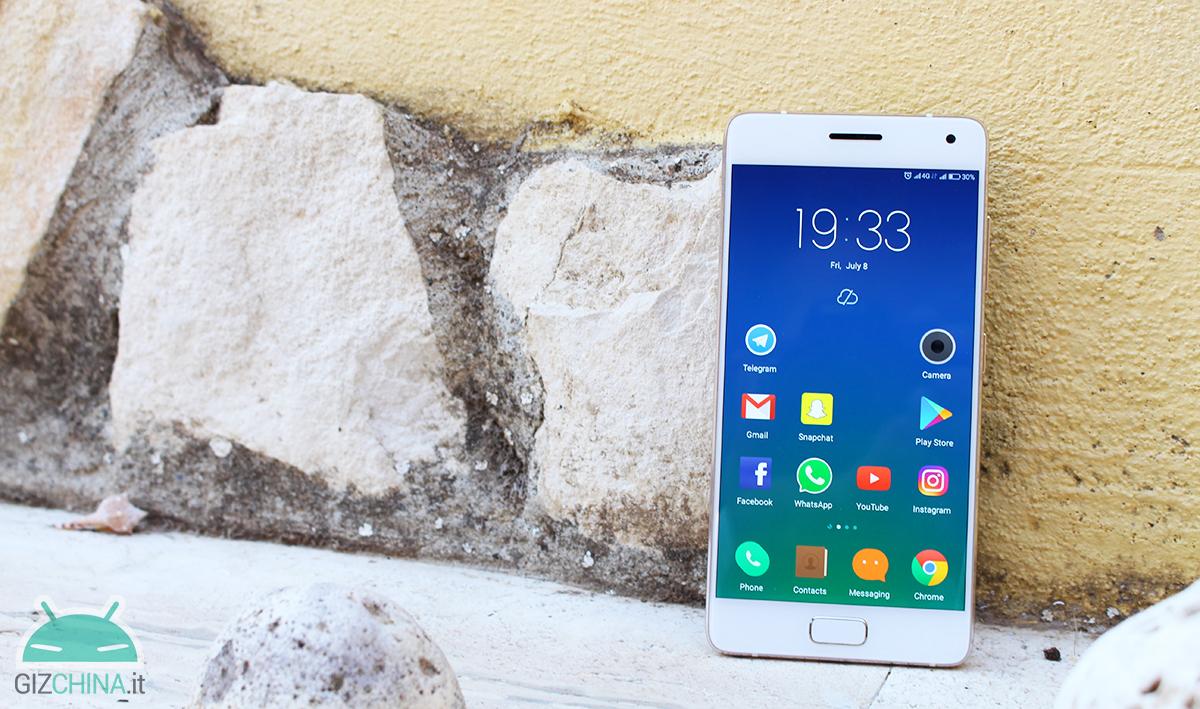 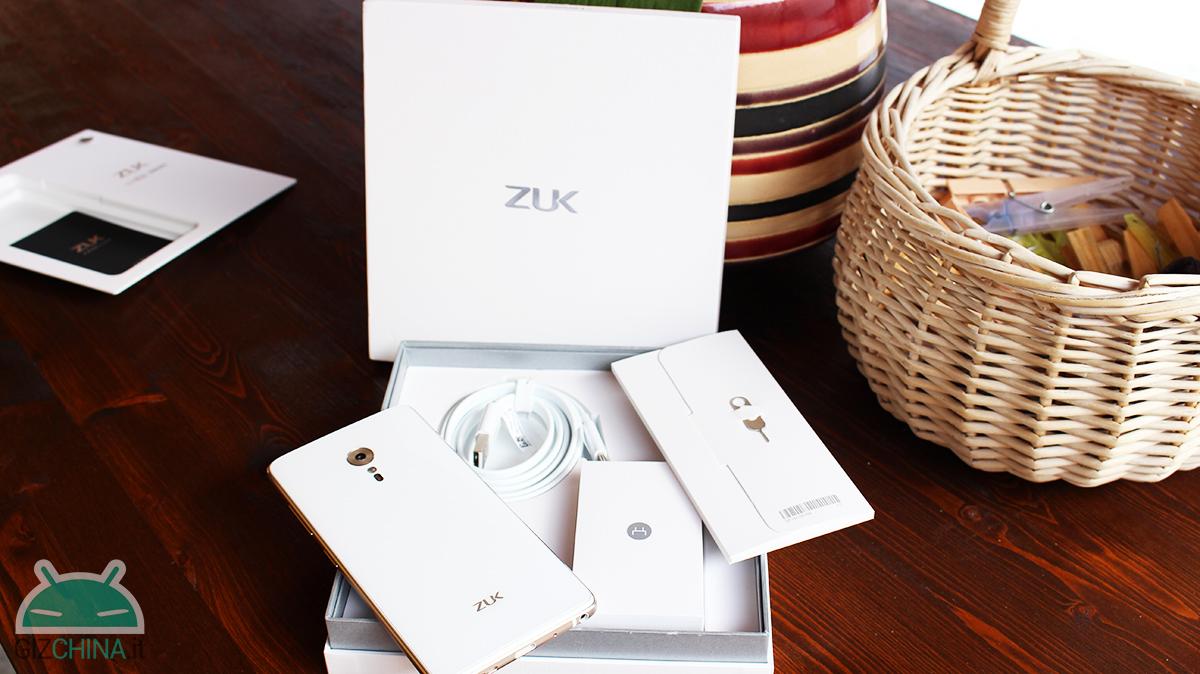 The sales package is more elegant than that of Zuk Z2, even if the content does not differ. In fact, in the box, we can find: 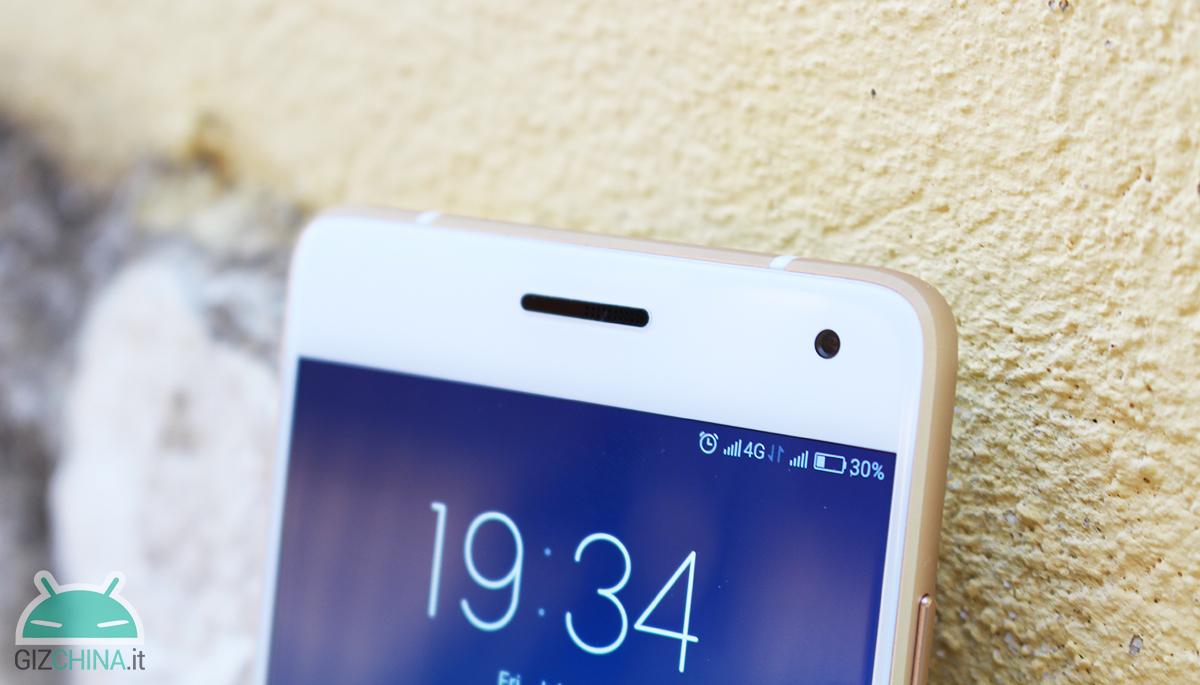 In the Zuk Z2 review we stated that "Lenovo has created a seemingly premium-looking device, but with some cheap aspects". Zuk Z2 Pro, like any self-respecting top of the range, it makes us change our mind on the constructive front, regarding which it was a pleasant surprise both to see and to use.

Zuk Z2 Pro has a body entirely made of glass and aluminum along the perimeter frame. I'm excellent le milling and finishes along the edges that are well rounded near the four corners. On the other hand, the back cover is pleasant to the touch and pleasing to the eye. In our white color, it is able to convey a feeling of refinement and elegance.

Harmony in the forms that, however, loses some points in terms of ergonomics since the device, with the oleophobic treatment received, it really is very slippery and, if left on any surface, you may not find it in the same place. 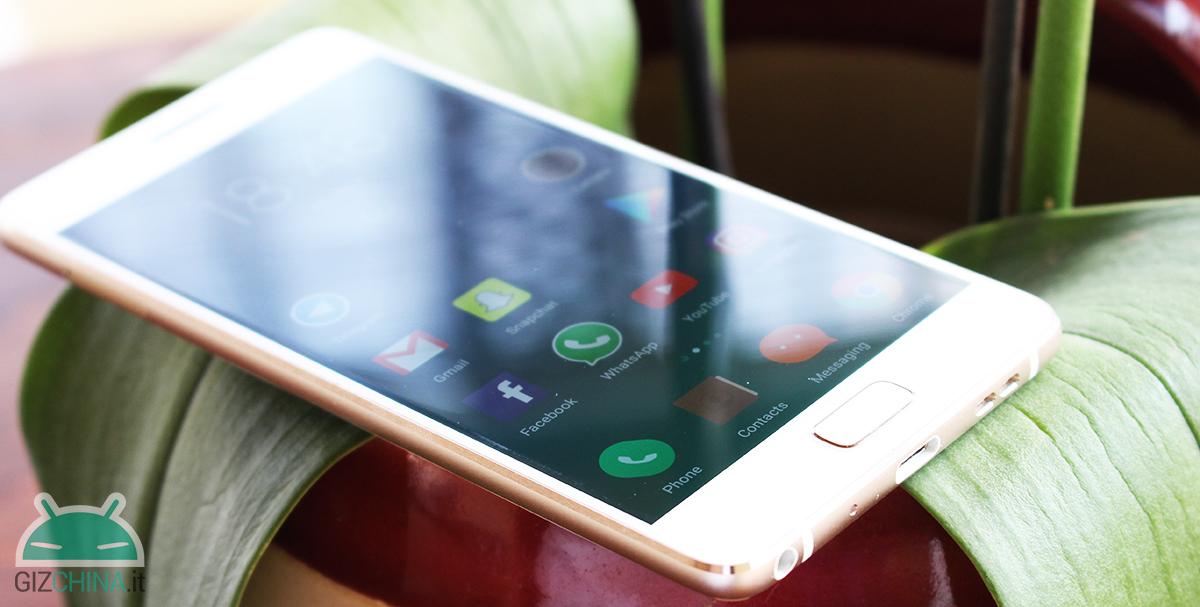 On the front there is the physical button U-Touch as on Zuk Z2, which is well integrated into the system thanks to the many gestures available as well as to really fast biometric sensor in the detection of fingerprints.

The key remembers the solution a lot in operation mBack adopted by Meizu since it allows you to go back with a tap and return to the home with a physical pressure. Unlike the solution adopted by Meizu, however, it is possible switch between running applications by touching the U-Touch key to the left or right.

In any case, by taking a closer look at the smartphone, we find the rocker for volume adjustment on the right side as well as the Power button. 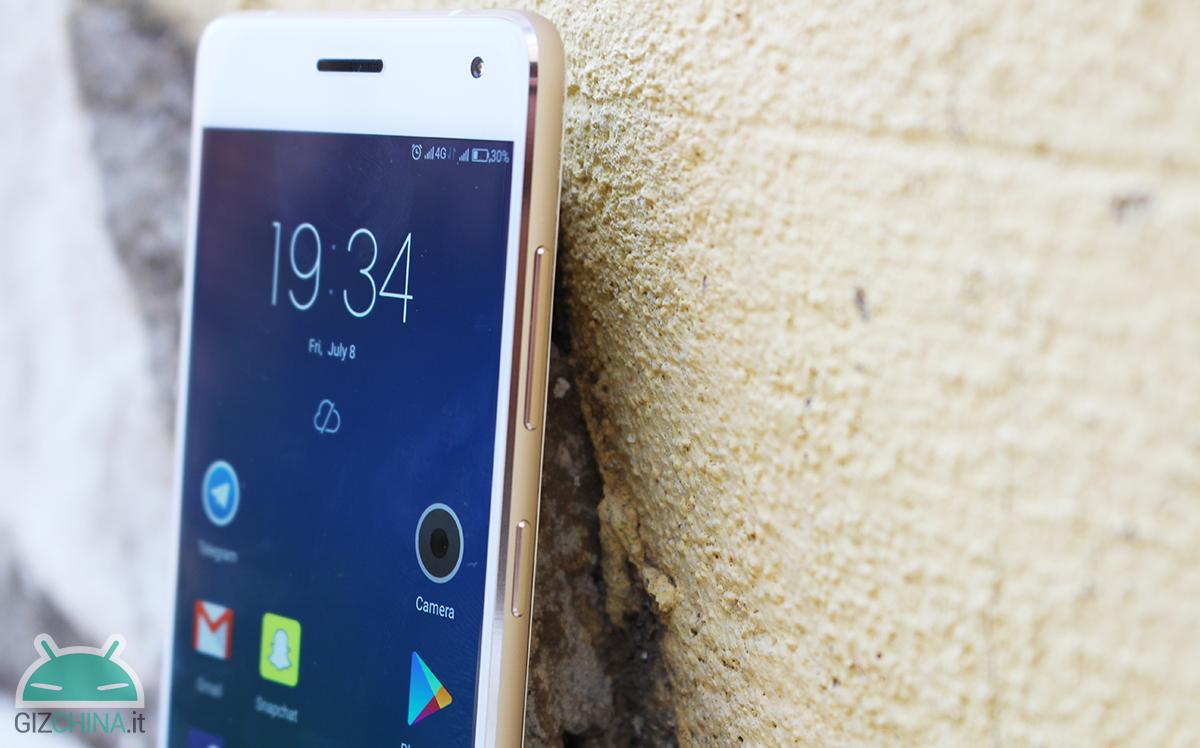 On the left side, then, the trolley for the insertion of the two Nano SIM cards. 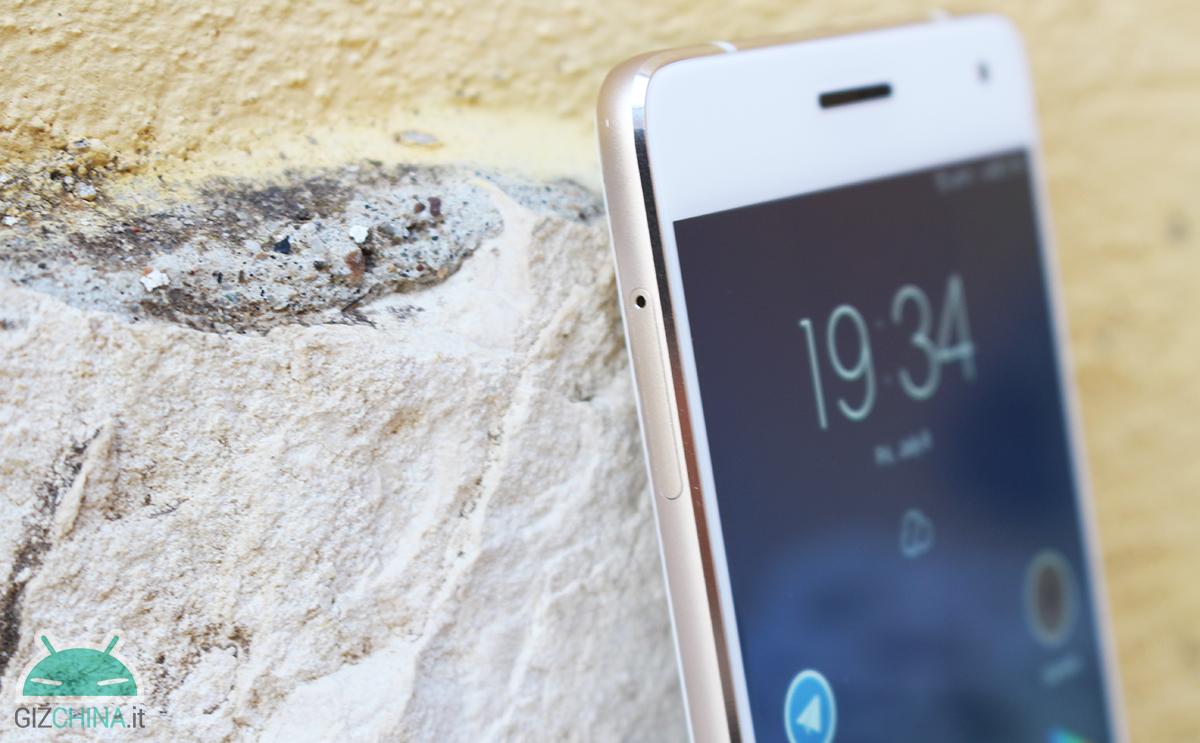 At the bottom, again, there is the mini-jack input from 3.5, followed by the main microphone, the USB Type-C connector and the system speaker. 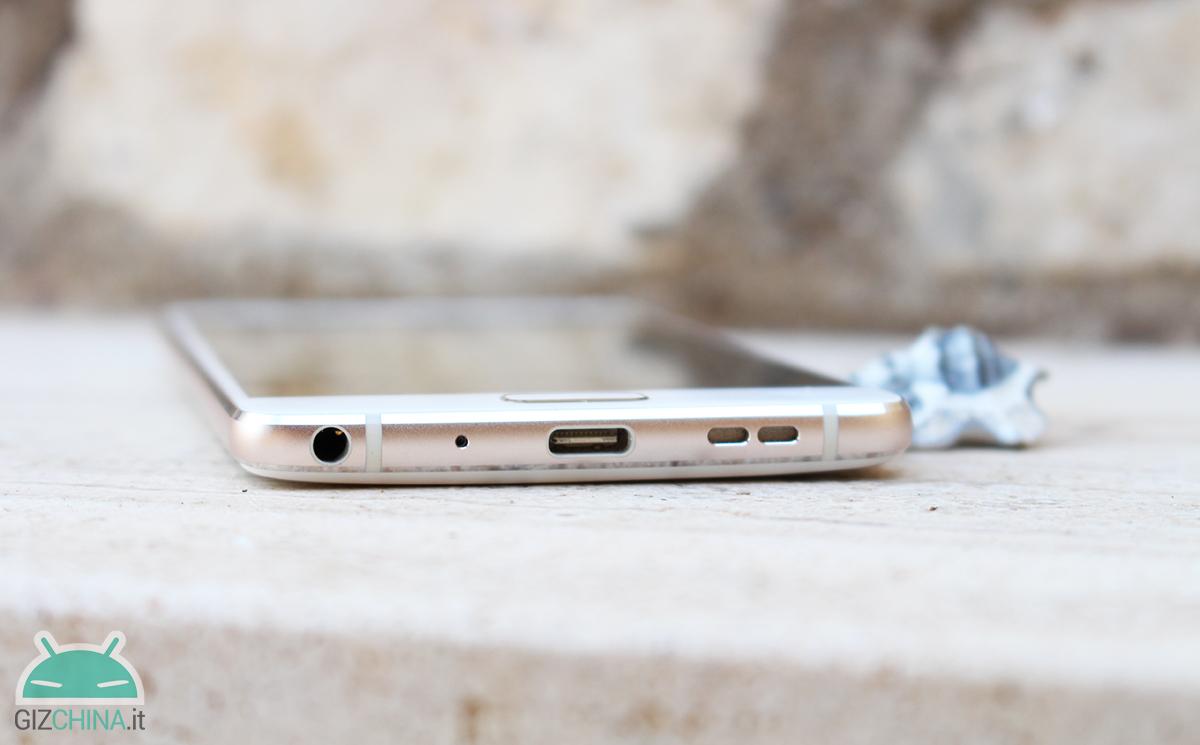 At the top, however, the Chinese manufacturer has inserted only the second microphone to mitigate environmental noise. 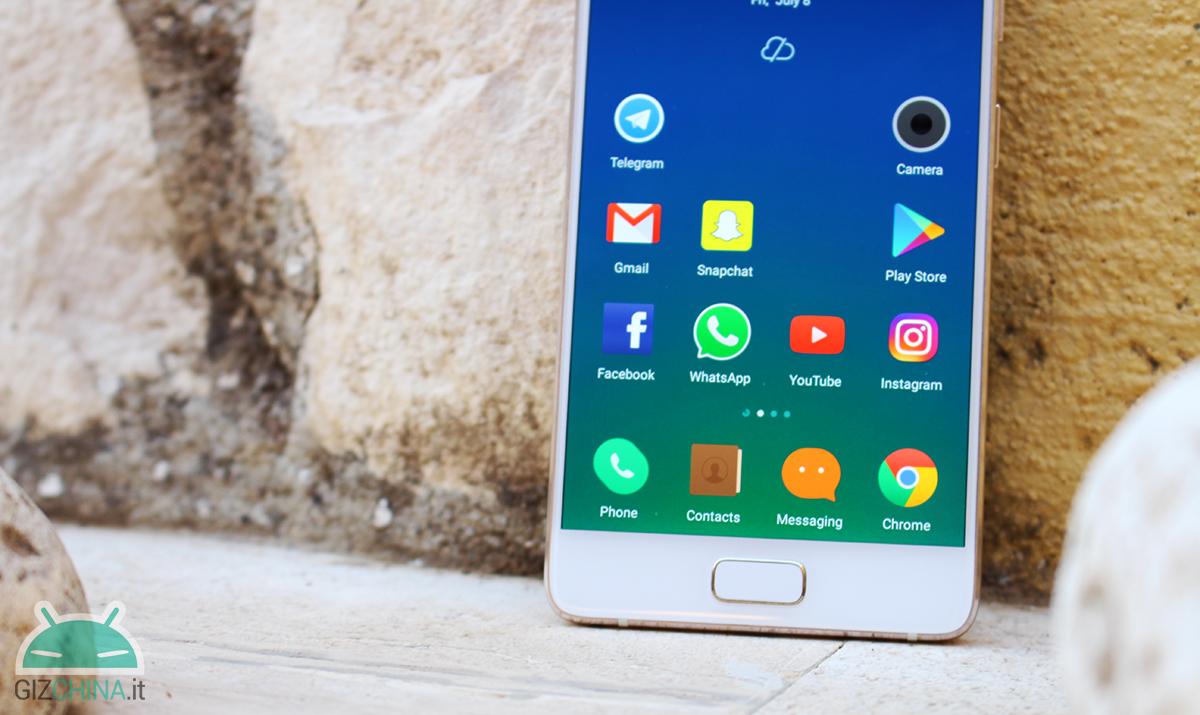 One of the biggest flaws of Zuk Z2 is certainly the low brightness of the display in its possession. Fortunately, however, with Zuk Z2 Pro change the cards on the table and the display, which is now from 5.2 inches, switch from IPS to AMOLED with a significant increase in quality in the use of every day.

The resolution remains firm to Full HD, as well as the pixel density which is equal to PPI 441. Beyond the technical data, however, it must be said that the terminal has one good visibility under the light of the sun and of colors I'm on the whole very good e well calibrated.

They do not fully convince, instead viewing angles in which the display turns slightly the colors, in the first place the white towards the blue. The darker tones, however, are reproduced without problems.

In the settings, then, the usual items of the ZUI relating to settings of the color temperature as well as ai blue light filters to lessen the eyes at night.

Usually in the Pro variants there are always big improvements at the hardware level, but if the standard variant already contained an excellent compromise in relation to the components, inevitably there will not be obvious news.

In fact, every day, the smartphone can offer high-end performance while inserting itself in an interesting price range. The device in our tests has never shown particular difficulties, if not some sporadic slowdown certainly attributable to the ROM which, probably, is not yet reliable at 100% and that, as on Zuk Z2, does not fully convince.

However, the usual "routine" tests did not reveal any particular uncertainties, which however manage to manage well the video playback starting from Full HD up to the 4K fully supported.

even the Gaming is not less and with Asphalt 8 the performance looks more than good with a high and constant frame rate with the reproduction of the graphic details at most. There is to be highlighted, however, a overheating greater than Z2 which, although not particularly relevant, can be annoying.

La web browsing, even here, it is entrusted to the ZUI's stock browser; although it is rather fast, in our tests we have preferred Google Chrome, since the Chinese language is deeply rooted in the browser and it is difficult to go unnoticed.

Next, instead, find the results of the benchmarking performed by stressing the Zuk Z2 Pro hardware. 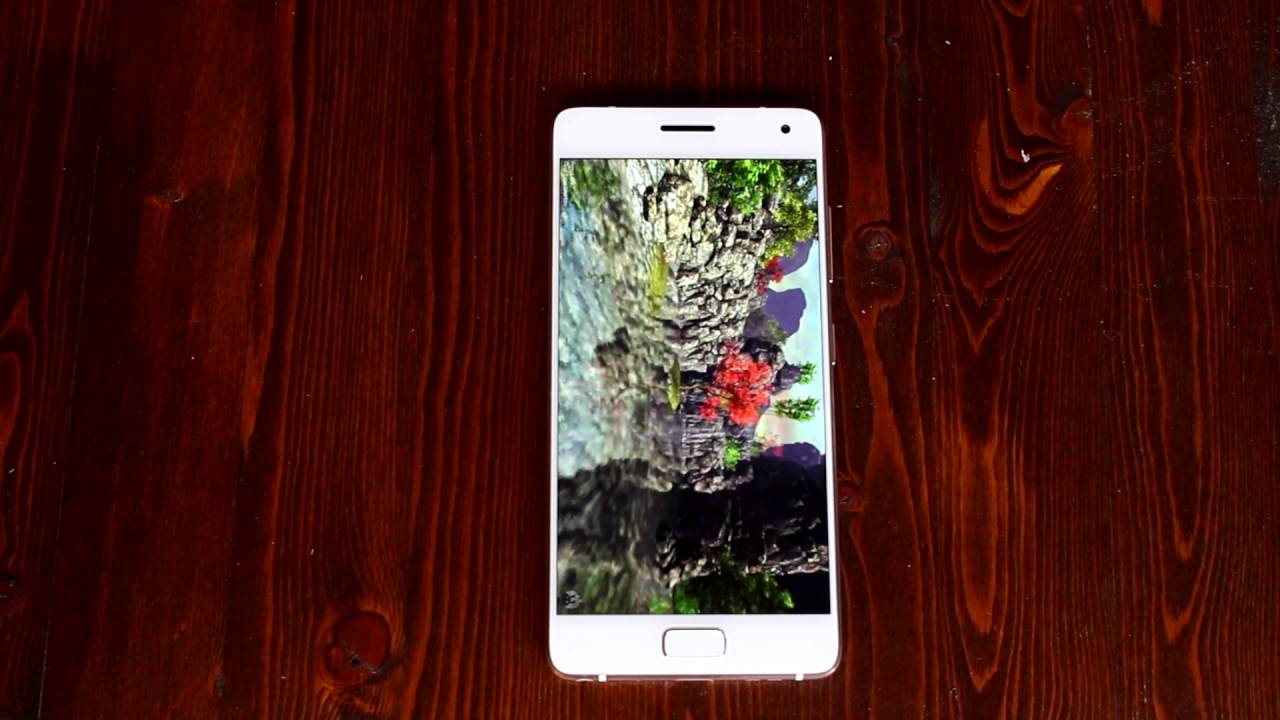 Zuk Z2 Pro probably owns most of the hardware used on Zuk Z2, which is why judgment on aspects such as the speaker is tightly connected to the younger brother.

It must be said, therefore, that the speaker supplied with Zuk Z2 Pro is a good unit capable of reproducing quality audio e well equalized, but unfortunately loses some points for the volume not very high of outgoing audio.

Technically speaking it Zuk Z2 Pro It is equipped with a camera from 13 mega-pixels with Samsung ISOCELL sensor with opening f / 1.8 and flash Dual LED Capable of capturing video up to the maximum resolution of 4K, Over which Slow Motion to 960 fps.

On the front, however, we find a sensor from 8 mega-pixels able to record video in Full HD and taking pictures of 4: 3 of acceptable quality. Relatively the shots made, however, Zuk Z2 Pro represents a small step forward compared to the Z2 standard, but the situation is not so different.

- Scatti made are undoubtedly good, provided that you do not zoom in on the photographed subjects (risking to run into very noisy images e poco definite) and that you take in excellent lighting conditions, a necessary condition to have photos that exceed the sufficiency sufficiently.

In night he gets away very well, the flash works adequately and if you photograph close-ups or close subjects rather than wide landscapes and fields, you could certainly be satisfied. 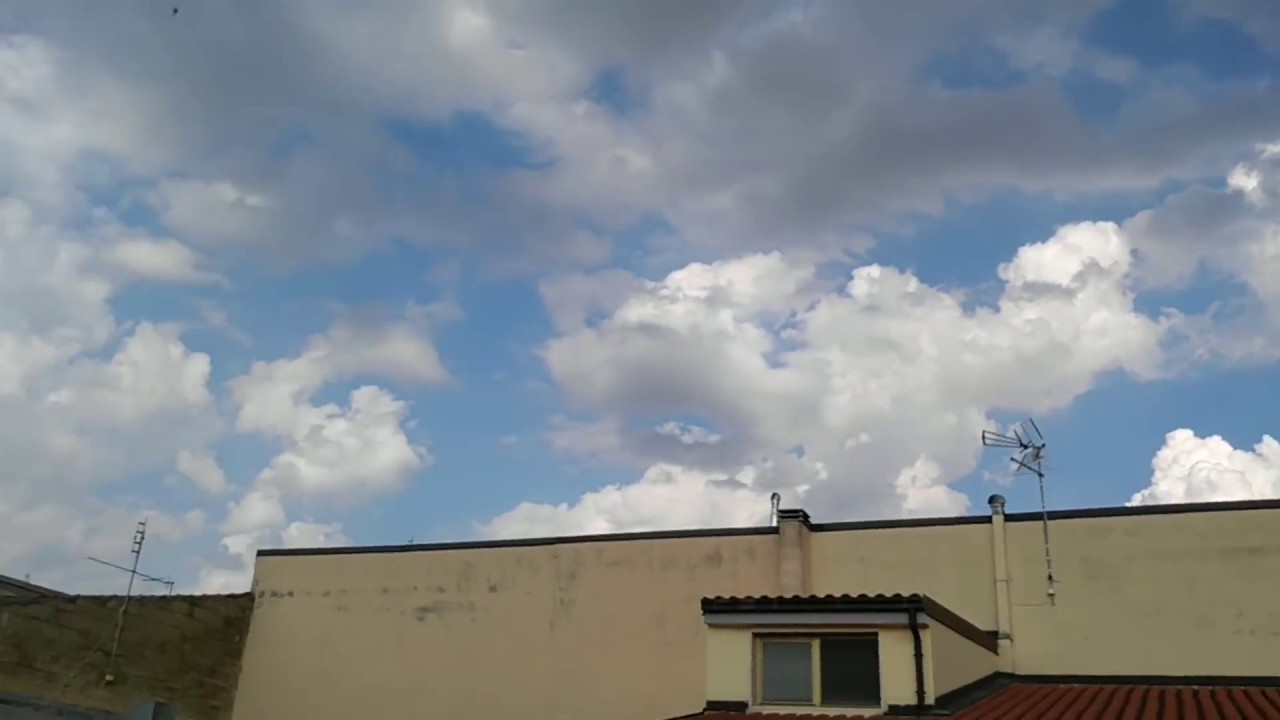 Just like the standard variant, Zuk Z2 Pro was initially announced to be compatible with some of the Custom ROM most famous around, including the Cyanogenmod e RemixOS. However, at the moment it was concluded with a stalemate, and Zuk Z2 Pro comes with its own on board ZUI based on Android 6.0 Marshmallow.

It is remarkable how the company is committed to the creation of this ROM which, unfortunately, loses points in the report card in terms of stability as well as full compatibility in our country, given the presence of many applications usable only in China and the native absence of the Google services which, however, are easily installed by the Zuk AppCenter.

On the other hand, the graphical interface of the ZUI, although very inspired by other interfaces, see Flyme OS o iOS.

It's possible change the theme of the menus, set details gestures at the button U-Touch and activate a panel of the quick settings with one swype upward in Control Center style by Apple.

The integration of the section dedicated to health is also excellent. U-Health, which requires a Zuk account (configurable in a few minutes and very intuitively) to be able to synchronize all data and to allow the correct operation of the pulse detection sensor heart.

The latter, compared to the Mi Band 2, is able to offer more or less accurate measurements, but it is known that the reliability of these systems, on the whole, is very low.

Considering the reduced amperage of the battery Zuk Z2 Pro you notice on this front alower autonomy compared to the standard variant. Thanks to his 3100 mAh, however, Zuk Z2 Pro allows us to complete the day completely, guaranteeing us autonomy in any case. high level.

It must also be added that the smartphone supports the charging standard Quick Charge 3.0 Qualcomm, which allows you to recharge in just 30 minutes about 70% of the battery, percentage to guarantee at least another half day of intense use.

From a certain point of view Zuk Z2 Pro lacks the appeal of its younger brother, currently considered one of the best smartphones in circulation for the rapporto qualità / prezzo.

The device, however, remains excellent seen thehardware supplied, but the question that arises is whether it is better to prefer a Zuk Z2 Pro "uncertain" on some aspects to a figure ranging from 400 to 550 euro or better a OnePlus 3, praised almost everywhere and with a certainly greater support?

Waiting to see them as protagonists of our comparison, what do you think of Zuk Z2 Pro? Would you buy it? Let us know in the comments!