Homtel he would already be planning to launch the new one HomTom HT17 Pro. If you have followed the latest news on our site, you will surely have learned that theHomTom HT17 it was the first smartphone in the world to be equipped with the new one MediaTek MT6737.

Il device it has already been released on the market and can be purchased at various international stores.

The company could, however, soon launch an updated version called HomTom HT17 Pro. Here's what the differences among the 2 versions.

In fact, the Chinese manufacturer has not changed the aesthetic design. Just like theHT17, the variant Pro will be offered in the colors White, dark Blue e Champagne Gold.

The only significant changes betweenHomTom HT17 Pro and the standard version will be the memory cuts, with 16 GB of internal memory and 2 GB of RAM.

The processor, therefore, will remain the same between the two devices. THE'Homtel HT17 Protherefore, it should be characterized by a fingerprint sensor placed at the back, a rear camera from 13 mega-pixels and support Dual SIM.

The device could then be moved by Android 6.0 Marshmallow, support networks 4G LTE and include a battery from 3000 mAh. The latter will be joined by the technology of quick charging.

HomTom also promises some extra features, unfortunately still unknown. We look forward to also discover the launch date and the price at which theHomTom HT17 Pro will be sold on the market. 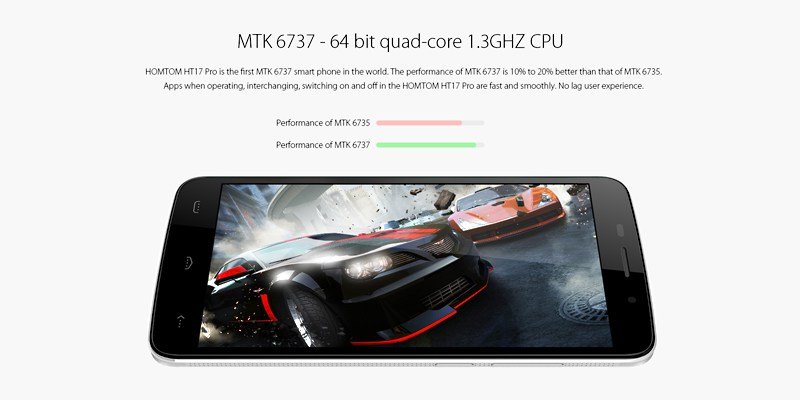