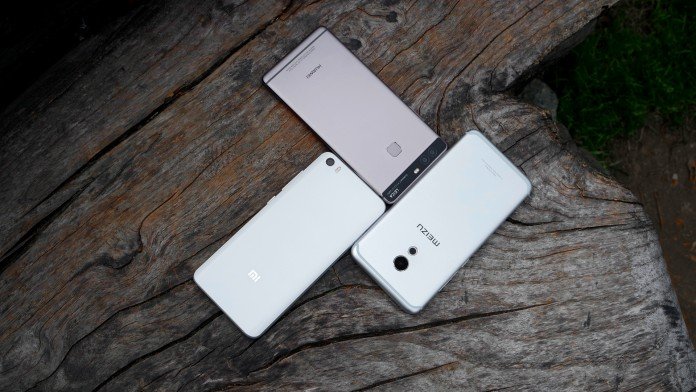 With the entry in the month of July, we bring over half of this 2016, already rich in numerous top of the range devices produced by the largest Chinese companies. But today we show you 10 among those that should see the light in the coming months: Xiaomi Mi Note 2, Xiaomi Mi 5S, Meizu PRO 6 Edge, OPPO Find 9, Huawei Mate S2, Honor 8, LeEco Le X720, Elephone P9000 Edge, Meizu MX6, Elephone P20

The competition, as regards the processors used, was almost exclusively monopolized by the Qualcomm Snapdragon 820, with the exception of the Meizu Pro 6 (which mounts a MediaTek Helio X25) and of the Huawei (which mount the proprietary processor Huawei HiSilicon Kirin 955).

Let's see today 10 between smartphones expected top of the range, announced or even only leaked through rumors, with le features which, at the moment, it is hypothesized to possess.

Whenever we talk about top of the range Xiaomi the wait becomes spasmodic and the rumors follow one another with insistence.

Of this highly anticipated device we know it should be marketed in 3 variants: standard, top ed edge. The screen, from 5.7 inches, should have a resolution Full HD (1900 x 1080 pixels) in the version standard e QHD, then with a resolution equal to 1440 2560 pixels x, For other versions.

In all configurations, it should mount a processor Qualcomm Snapdragon 820. The variants should also differ for the amount of RAM and internal memory: 4 GB of RAM e 32 GB of internal storage for the standard version e 6 GB of RAM for the remaining variants, which should have different internal memory cuts: 64 GB for that top e 128 GB for the edge. Also the camera would vary according to the model: lo standard would have a sensor from 12 mega-pixels while the rest would be equipped with one from 16 mega-pixels, although some voices tell us about one double camera da 12 mega-pixels. 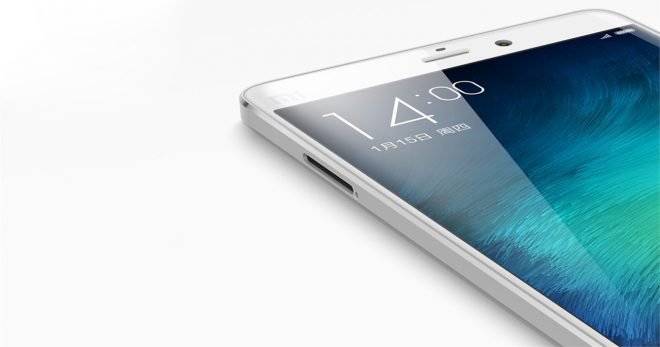 Features that should be identical for all three versions would include the battery, a 4000 mAh (although some rumors say it will be from 3500 mAh), the presence of the front fingerprint sensor, L 'Hi-Fi audio, the support NFC, infrared and the presence of the quick charge mode (Quick Charge 3.0).

Furthermore, some voices would like to see the presence of one force touch screen, announced as better than those currently mounted by the competition.

on the Xiaomi Mi 5S the voices are rather conflicting. There are those who think it can be an improved version of the Xiaomi Mi 5, with the presence of a pressure sensitive, for an ultrasonic fingerprint sensor it's a dual rear camera from 16 mega-pixelas well as an upgrade of the RAM a 6 GB. This substantially inserted into a device from design similar to the current one. 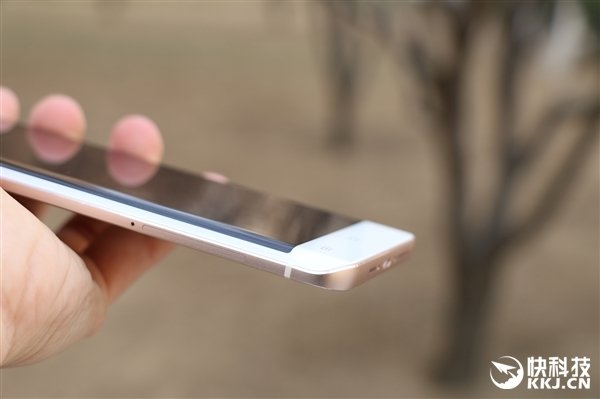 However, just recently a voice has been reported that would like it Xiaomi Mi 5S equipped with one screen from 5.5 inches.

The news concerning the Meizu PRO 6 Edge they are, up to now, the result of rumors.

This device should be equipped with a dual-edge display produced by Samsung and from a processor always produced by the Korean company, theExynos 8890. 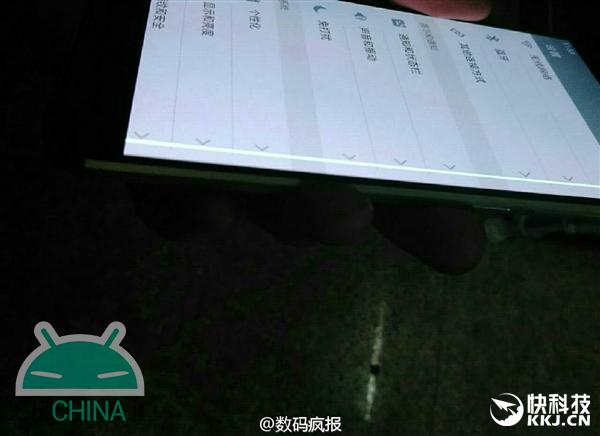 At the moment, from what we know, the other features should be the same as the Meizu PRO 6 and the price in China it should be around 400 €.

OPPO has released its previous top of the range, theOPPO Find 7, in 2014. This explains even more the expectation of the release of a new one flagship, which will take the name of OPPO Find 9.

According to some rumors, the phone would have a display AMOLED da 5.5 inches with resolution Quad HD and a metal shell. 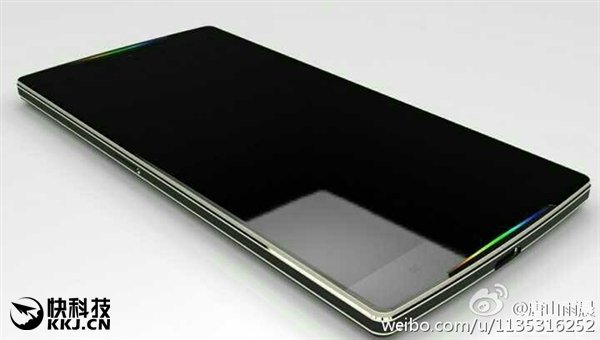 L'OPPO Find 9 it should then be moved by a processor Qualcomm Snapdragon 821, supported by ben 8 GB di RAM e 128 GB di internal memory. The rear camera would have a 21 mega-pixels with autofocus laser, OIS e double LED flash. The front, however, would be good 16 mega-pixels, making it probably the best selfie phone ever.

There would, of course, be a fingerprint reader and admission USB Type-C; the battery would be a unit from 4100 mAh with quick charge Super VOOC and the operating system should be Android 6.0 Marshmallow with the inevitable interface coloros.

One year from the release of Huawei Mate S, it is rumored that his can be presented successor.

As in the case of the first, it would be a phablet with display from 5.7 / 6 inches of diagonal. The voices speak of the presence of technology Touch 3D and of the possible curvature the screen. 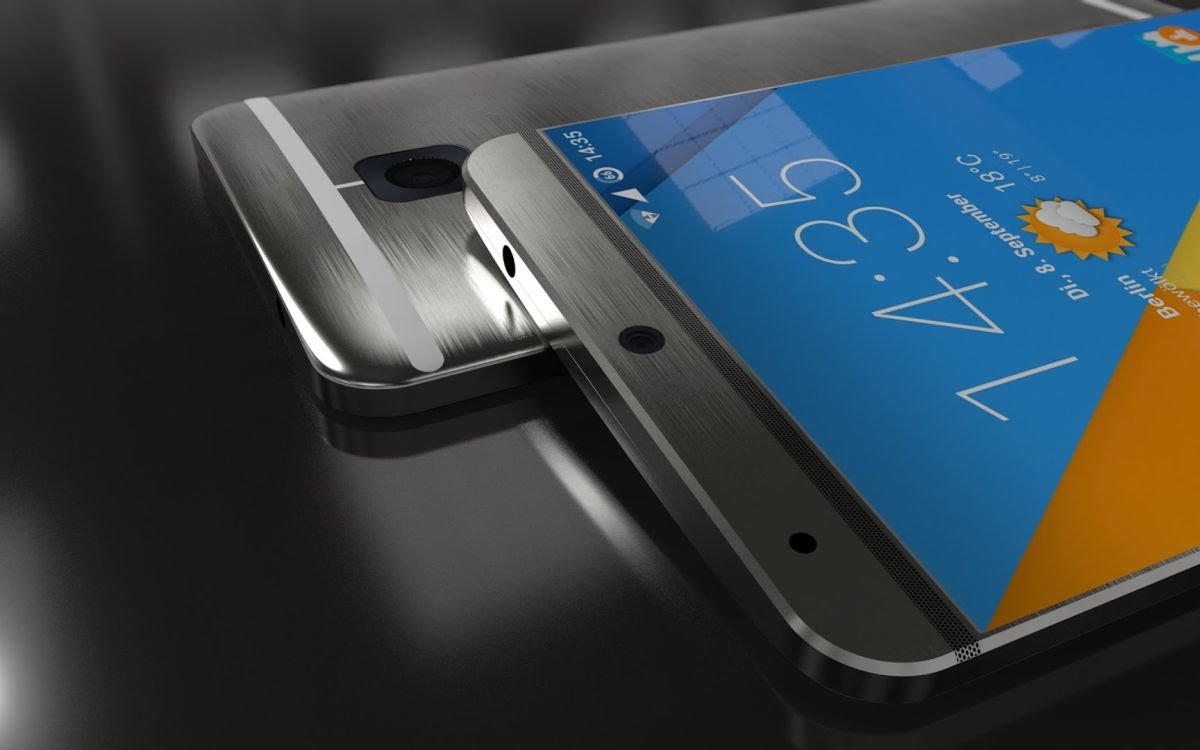 At the level hardware the big news on the Huawei Mate S2 it could consist in the use of a new processor, Kirin 960, the first to use core ARM Artemis, the successors of the Cortex A72. Like its predecessor, the smartphone is expected to be waterproof and there are also rumors about the possible collaboration between Huawei e Leica also for the series Mate.

LeEco, does not pay to have presented the first device with Qualcomm Snapdragon 820 and to have released well 3 devices in the first half of the year, it would be about to produce a new, interesting, telephone: LeEco Le X720.

At first it was hypothesized that the 29nd June, when a version of the LeEco Le Max 2 with 128 GB of internal memory, but some tests carried out on the well-known benchmark site Antutu and a 'image leaked area of rear body they make us think that this device can be released anyway soon. 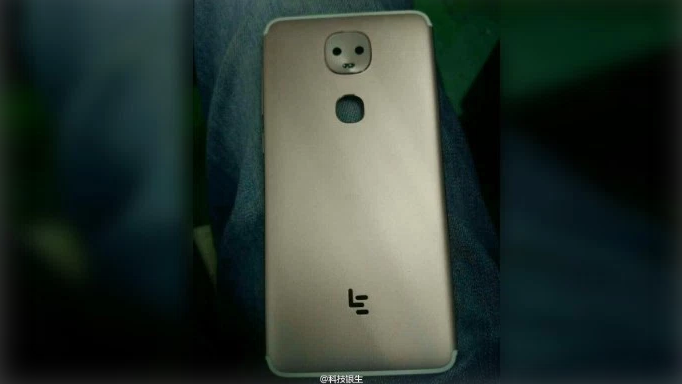 The most important news emerging from the Antutu tests would be the processor Qualcomm Snapdragon MSM8996pro, which should be the code name of the Snapdragon 821 or the Snapdragon 823, while the other leaked features are much more common: a Full HD display (of dimensions not yet specified), 4 GB of RAM memory e 32 GB of internal memory.

The photo of the rear bodymoreover, it would make one think of one double camera, a feature that is becoming increasingly common in the current smartphone market.

In this case we are faced with an almost device ready to debut. a teaserin fact, has revealed to us that theHonor 8 the lecture will be presented11 July.

As is normal for a device ready to launch, the technical and design they should not give us particular surprises compared to what emerged during the certification Tena and what is represented by teaser official company.

Esthetically Honor 8 would be characterized by a Curved 2.5D glass and a body made of metal. The thickness of the phone should be of 7.45 mm for a weight of 153 grams. 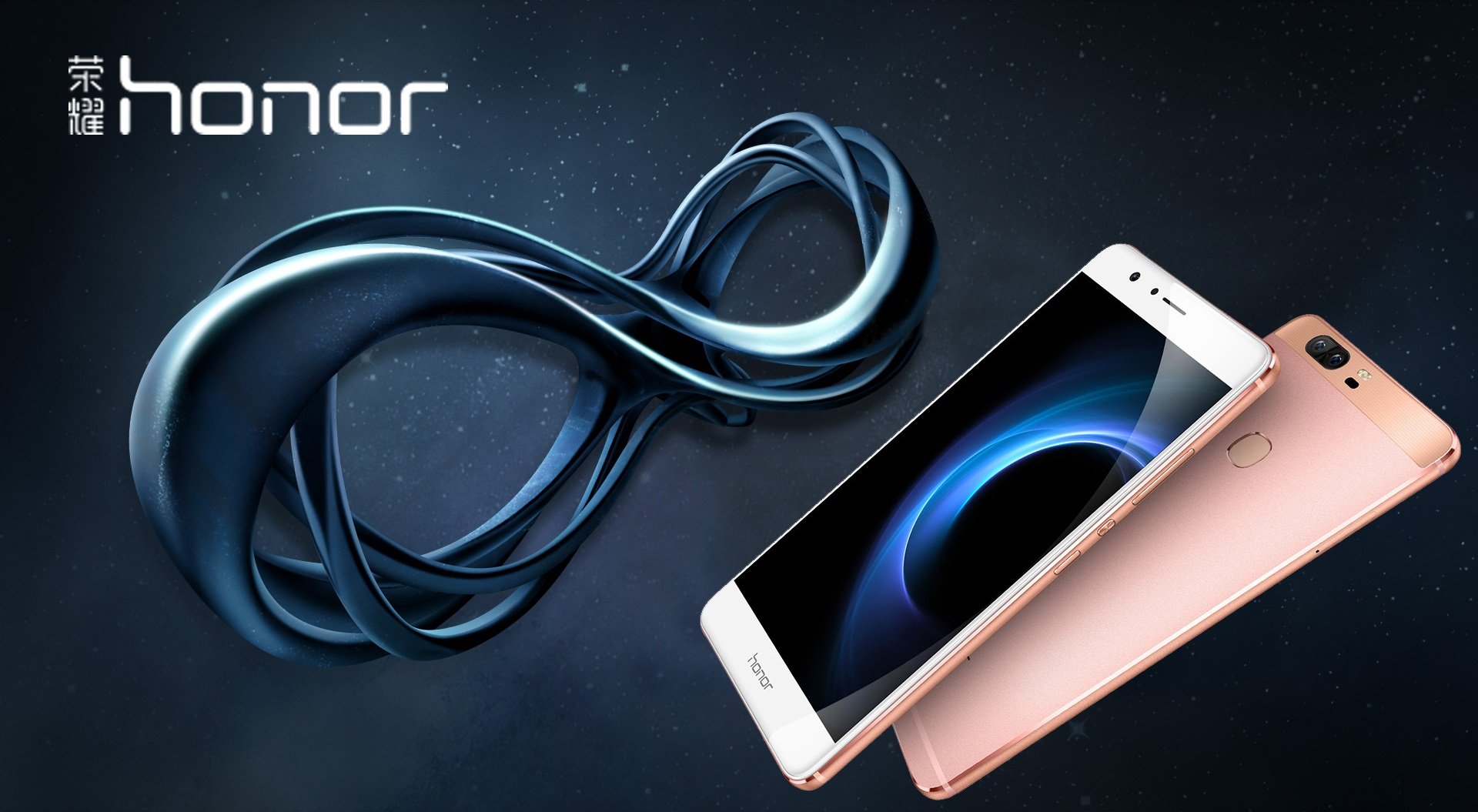 As for the photographic sector, it should be composed of one dual rear camera with technology Leica and sensors from 12 mega-pixels Sony IMX286 RGB e B&W and a front camera from 8 mega-pixels.

They should not be missing NFC, USB Type-C, a battery from 3000 mAh with quick charging ed Android 6.0.1 Marshmallow.

Despite being announced now months ago and have already changed the technical characteristics several times promises from the company, maybe we could finally be close to the presentation of the new top of the house range Elephone: TheElephone P9000 Edge.

These should not only have one double curvature on the sides of the screen, bezel-less like all the latest devices in the house, but should present a produced by JDI da 5.7 inches with resolution Quad HD. 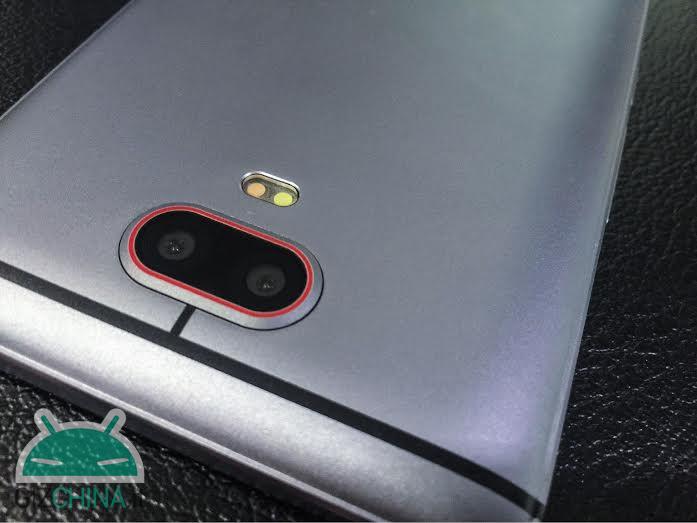 The body of the device will be implemented entirely in metal and it will be moved by a processor MediaTek Helio X25 accompanied by 4 GB of RAM e 32 o 64 GB of internal memory.

L'Elephone P9000 Edge will have one dual rear camera, of which we still do not know the characteristics, a front physical button with integrated the fingerprint reader it's a key "smart"Lateral, to silence the notifications.

Also in this case we are faced with a device that should be presented soon: it is rumored, in fact, that the Meizu MX6 will see the light on 19 July.

Although not expressly a top of the range like the other phones presented in the article, it presents all the features to be able to give hard time to many of the best smartphones on the market.

The design of the Meizu MX6 it should not deviate much from that of the PRO 6 although it should present a AMOLED Full HD display of more generous dimensions, from 5.5 inches. 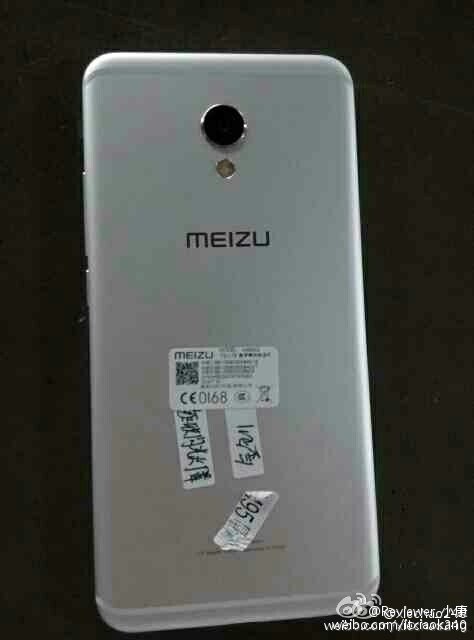 It is also rumored that the basic version of Meizu MX6 could be marketed in China at about the price 243 €.

Continuing to talk about devices not really top of the range but certainly al top per specific / price ratio, we'll talk to you now aboutElephone P20.

The very prolific company has da poco made many of the technical features of the device: single question mark is represented by processor which, however, should be a MediaTek Helio P20, as suggested by the name of the phone. 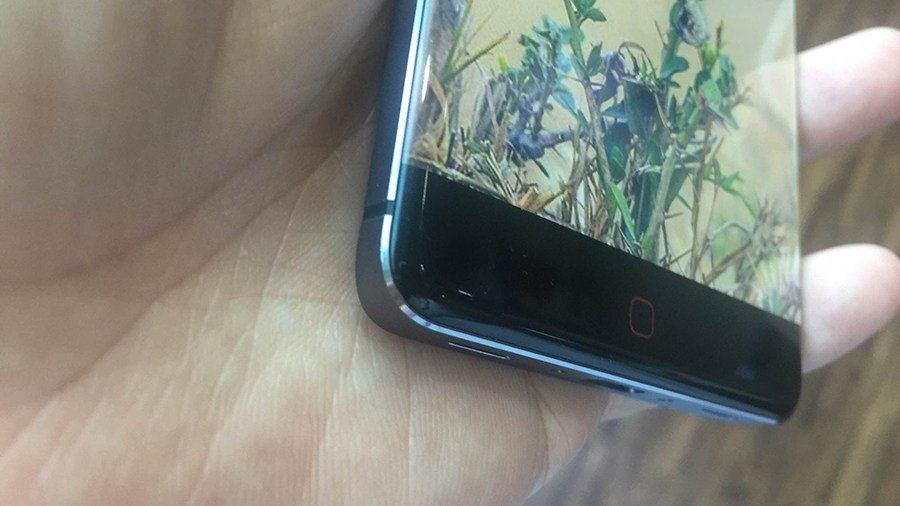 As regards the screen, this will be a unity bezel-less from 5.5 inches with resolution Full HD, L 'Elephone P20, then, will possess 6 GB of RAM e 32 GB of internal memory, a body made entirely of metal and his photographic section will consist of one rear camera from 12 mega-pixels with opening f / 1.7 it's a front camera from 8 mega-pixel.

The phone will present theNFC, Bluetooth 4.1 and the connector USB Type-C enabled toOTG. It will support fast charging technologies Pump Express e Quick Charge 3.0 and fingerprint sensor will allow the phone to wake up.