A few days ago the developer team Xiaomi issued a new version his ROM China Developer: the MIUI 8 China Developer 6.6.23, which has brought several better and above all bug fixes which have made the last update of the proprietary ROM decidedly more reactive and stable.

Today, however, there was the long-awaited event (especially from us Europeans) or the official presentation of the MIUI 8 global version which, although already launched earlier, has been revived today with a focus on all the main new features that will bring on devices registered Xiaomi. 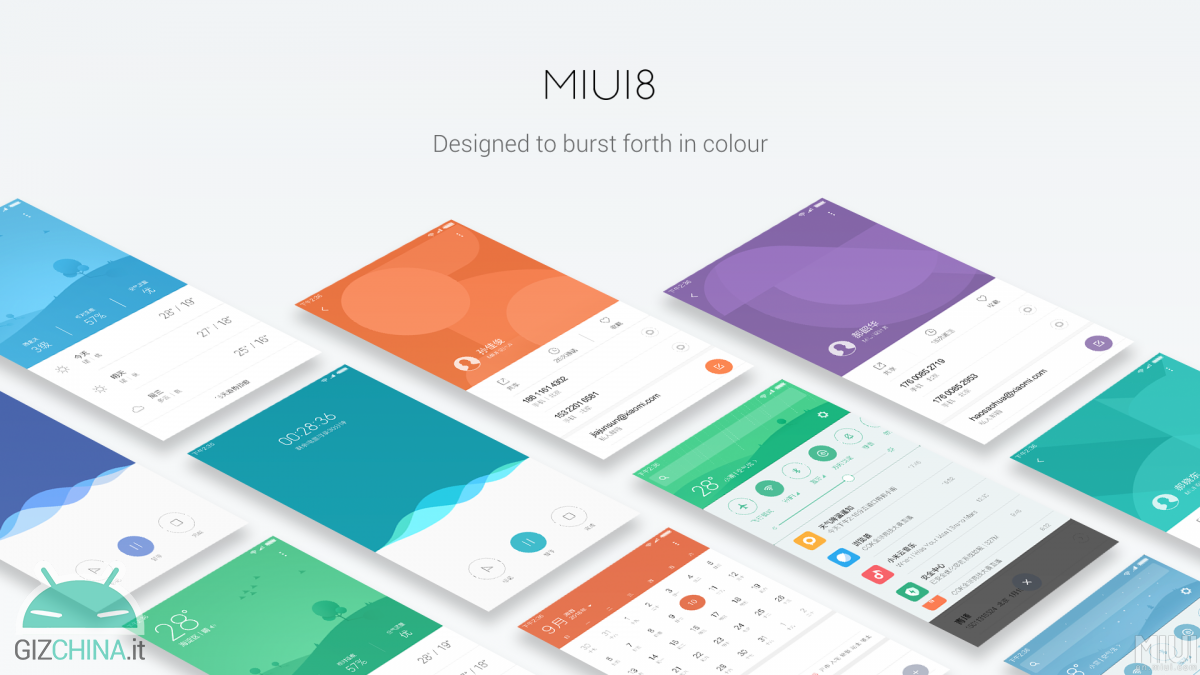 The first thing to notice as shown in part from the image above is the new interface, which will be more colorful, responsive, easy to use and with a curtain for notifications and quick controls completely redesigned.

Here are the main innovations introduced by the new MIUI 8 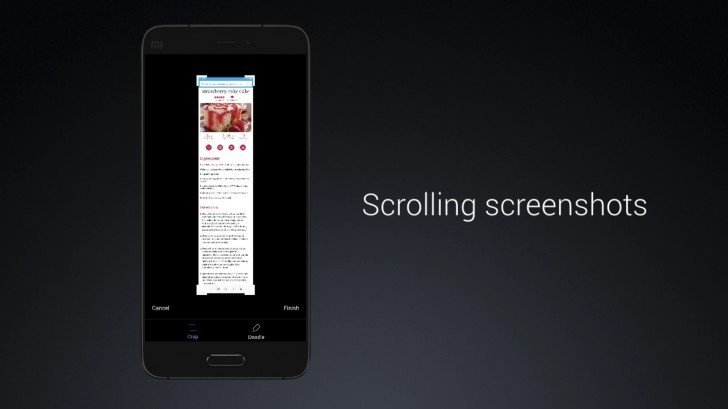 One of the most interesting features for all those who use their device for work concerns the introduction of new screenshots with which you will have the ability to capture, in a single screen, an entire article even if the latter does not appear completely on our screen.

To do this, simply press the combination of keys you usually use to capture a simple screen and then drag up or down the "dots" that appear at the edges of the screen until the complete selection of the desired object. 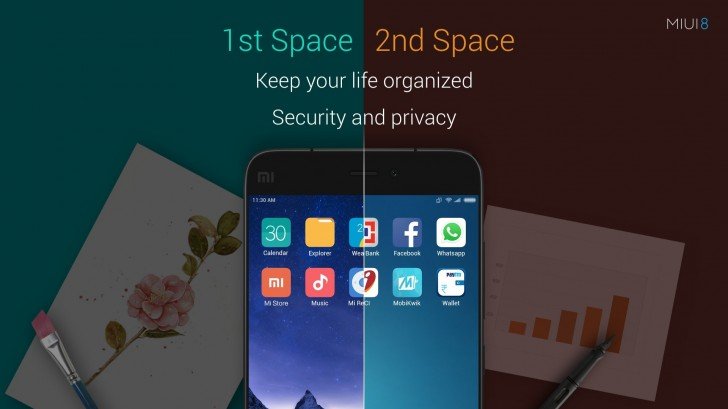 In the image above, instead, we can see another interesting feature introduced with the new update which will allow the user to create two different "spaces" within which he can insert the desired images, applications and widgets so as to be able to to differentiate (for example) working life from home life. 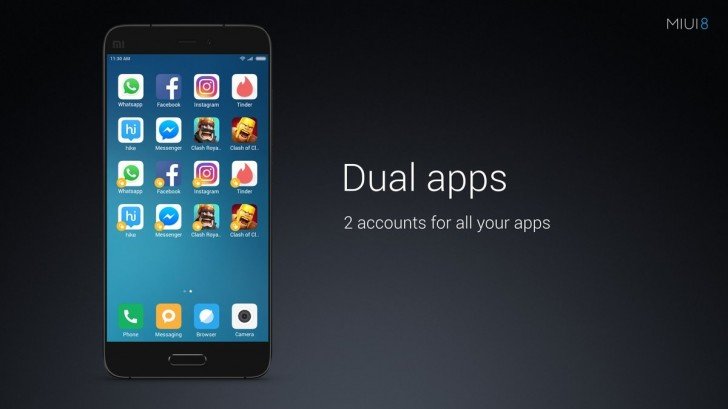 Now let's move on to the news most awaited by users Xiaomi, or the arrival of the Dual Apps mode that will allow you to simultaneously use two different accounts on one application.

We therefore think of Facebook, Whatsapp or play games like Clash Of Clans, if before you could set a single user for the profile, now with this new feature you can insert two accounts in the same application, which will work simultaneously without any problem. 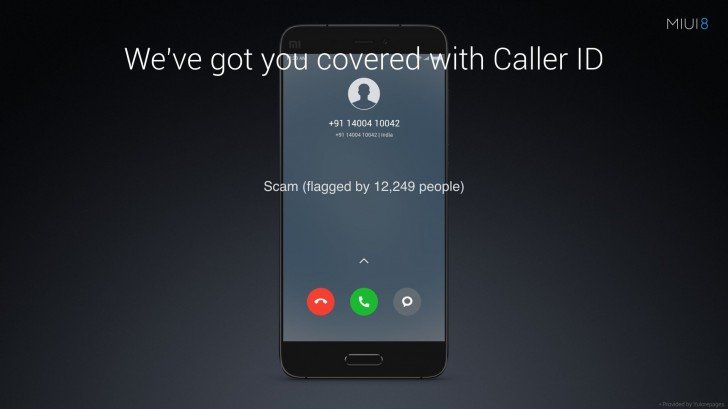 The call interface has also been revolutionized with the introduction of a call screen Caller ID in which at the reception of a phone call we will be able to see who is calling us and, if it is an unknown number, the latter will be identified and recognized in such a way as to leave free choices to the user whether to recall or ignore it.

Recall that the MIUI 8 will be available on the following devices in public beta the11 July while the stable version will be released on August 16th.: