In this new tutorial we're going to see a very comfortable one AIO tool (all in one), developed by a user on XDA, which allows you to perform the main modding operations (such as unlocking the bootloader, installing the drivers, TWRP and root) for ben 9 devices among the most famous.

The phones supported by the tool are: 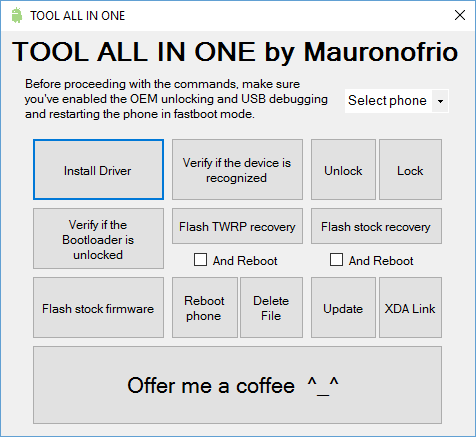 The only operation to do on the phone is to activate the "USB debugging", and "Unlock OEM" if present, and confirm the phone to be able to communicate with the computer. The rest of the procedures will be done via convenient "user friendly" interfaces directly from windows.

IMPORTANT: The procedure described in this guide presents complex operations which, if performed incorrectly, could damage your device. It is recommended to run only by users who have gained good experience in modding for Android. The staff of GizChina.it will not be held responsible for any damage to the device.

You can find the complete guide on the our forum (section Android), and we invite you to participate in the discussion and stay tuned for any updates on the procedure.