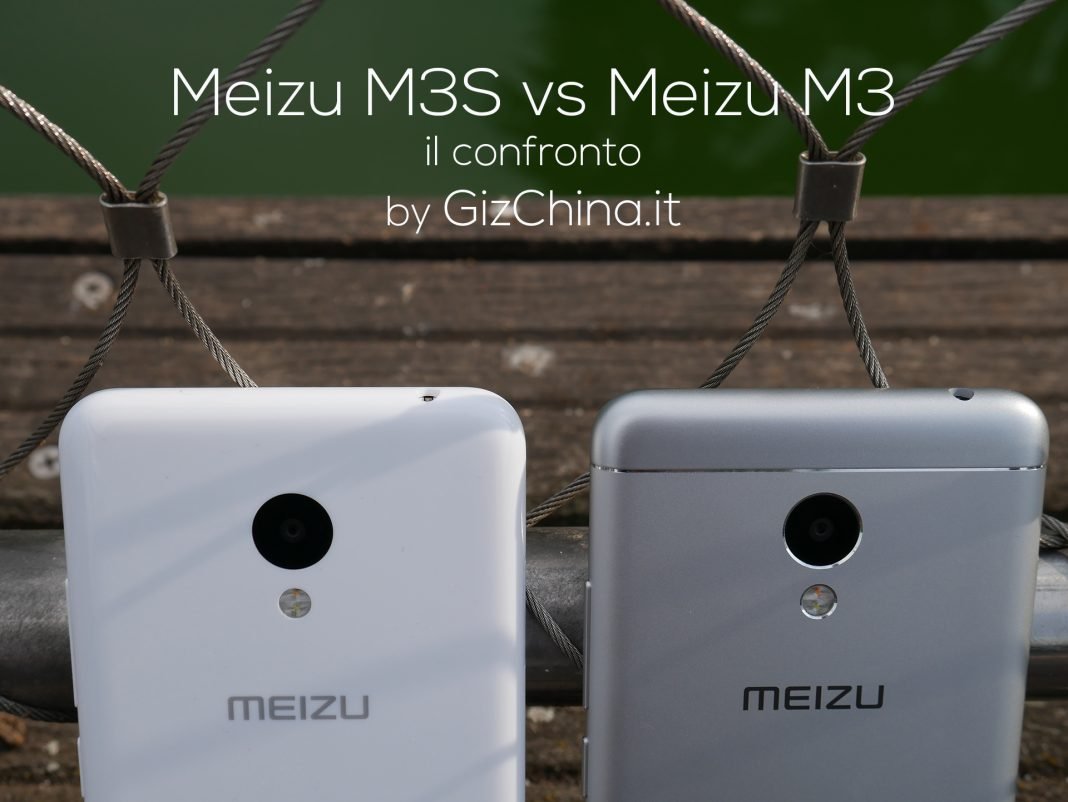 Recently Meizu has presented two new devices, both in a certain way successors of the Meizu M2. We are talking about Meizu M3S, announced last 13 June, and the Meizu M3.

Although they share many aspects, they propose differences to be evaluated for a possible purchase. Both, certainly, are two very interesting devices for a excellent value for money.

In fact, the Meizu M3S born for a level distribution international, while, M3, partner in crime Yunos, is particularly directed to the internal market Chinese.

In any case, are you curious to understand their differences? Find out in our interior comparison!

Meizu M3S vs Meizu M3, the comparison of GizChina.it 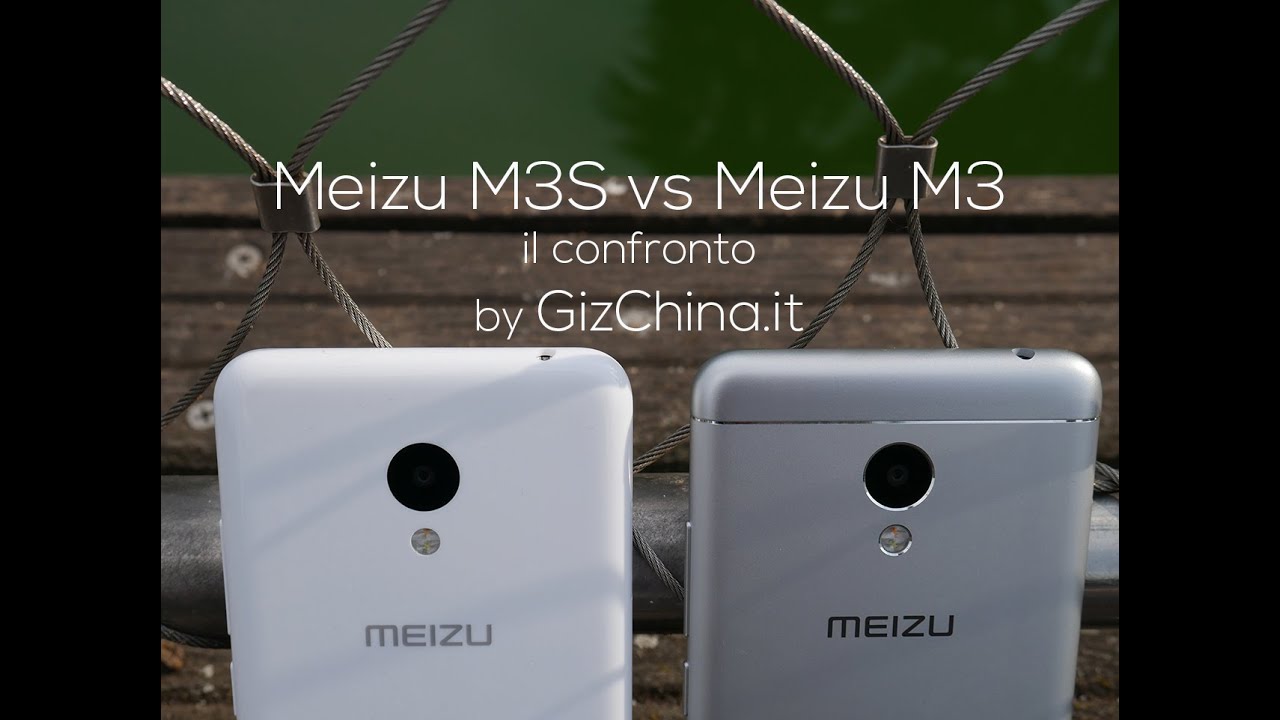 Although these are devices produced by the same company, the the packaging it is different.
La equipmentinstead, it turns out to be almost identical.

Inside there is a USB / micro USB cable and a battery charger da wall. However, the latter differs between the two devices. The one supplied to theM3S it is in EU format da 5V 2A, while that for M3 it is in Chinese size da 5V 1.5A.

No earphones inside the packs of both devices. Let us assume that they could be present in the packaging of Meizu M3S in high-end version with 3 GB of RAM and 32 GB of internal memory. 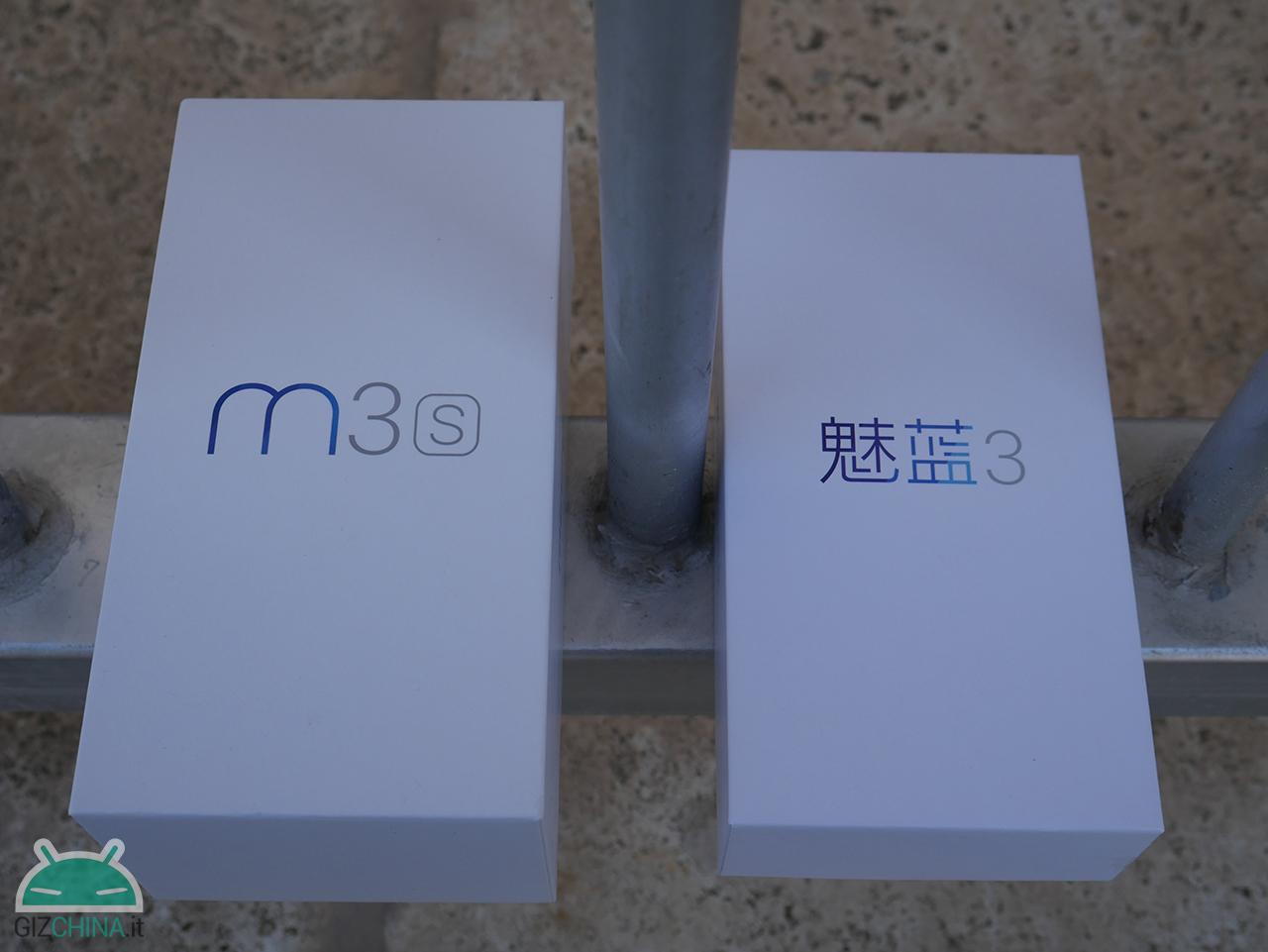 In terms of size, the differences are so small that they can be considered irrelevant:

Also in terms of weight, the devices are separated from each other by themselves 6 grams, substantially invisible if not with a precision balance. The Meizu M3S stops at 138 gramswhile his twin M3 locks the balance needle a 132 grams. Both turn out to be pleasant to hold in your hand and easy to use with one hand.

The most obvious differences are in terms of the materials used for the construction. Meizu M3 uses a shell in polycarbonate, like its predecessor Meizu M2. In reverse, Meizu M3S uses more noble materials, in fact, comes with a shell in metal really well done.

Under this point of view, M3S returns a feeling premium to the prerogative of higher-end devices. Also from the profile of the grip the finish of M3 it is extremely slippery.

Both devices show off one glass to protect the display with a pleasant one curl 2.5D. The factor of oleofobicità e reflectivity it's good for both devices.

Although the devices are built with different materials, the constructive quality for both it is eccellente under every point of view. Perfect assemblies and balances within their seat the keys. In short, nothing to complain about either Meizu M3S how much for M3.

The key is very useful mBack, typical of the devices Meizu, centrally placed at the bottom giving an excellent feed.

For the Meizu M3S this button includes functionality mTouch 2.1, or one fingerprint scanner to unlock the device safely. Depending on this, in M3S there is a specific menu that allows registration and management up to a number of 5 impressions. Also you can have access to various features like the app blocking or the Guest Mode.

Within the software settings there is a menu to be able to calibrate the temperature of the display to your liking. Although from a merely numerical point of view we speak of the same display, the one supplied to Meizu M3S at the same brightness it would seem to have more vivid colors. Both M3S and M3 have the sensor for the regulation of the automatic brightness. The same has been shown on both smartphones reactive in any condition with an always correct functioning.

As we anticipated in the introduction, the hardware of the two devices turns out to be exactly the same. In fact we find a SoC the latest generation MediaTek MT6750, built with a production process a 28 nm. The CPU, a octa-core with architecture a 64 bit ARMv8, has four Cortex-A53 cores with clock a 1.5 GHz e four Cortex-A53 cores with clock a 1.0 GHz. The user experience is always very fluid and reactive in all conditions, even with many applications running in the background.

The management of the graphic sector is entrusted to an ARM GPU Mali-T860 MP2 from 400 MHz, which returns aexcellent fluidity even in the most demanding gaming sessions with games like Real Racing 3 and Asphalt 8.

Both devices are available in two variants with 2 / 3 GB of LPDDR3 single channel RAM from 667 MHz e 16 / 32 GB of internal memory, expandable through micro SD to 128 GB. 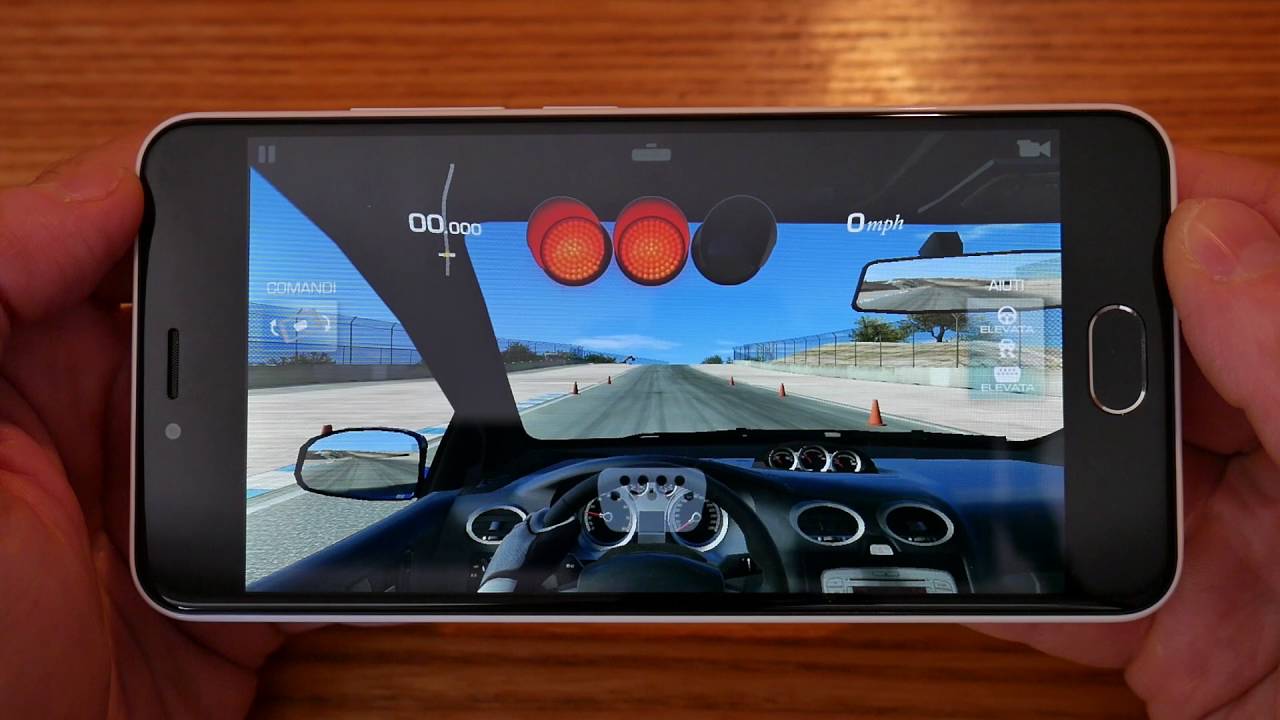 In the classic benchmark test with the software AnTuTu the result is slightly in favor of Meizu M3S.

The pure numbers often do not represent everything and it follows that, although the final score does not shine with respect to other smartphones, this does not coincide with a bad user experience. Indeed, as specified above, any operation is carried out rapidly and without jamming or lag of various nature. 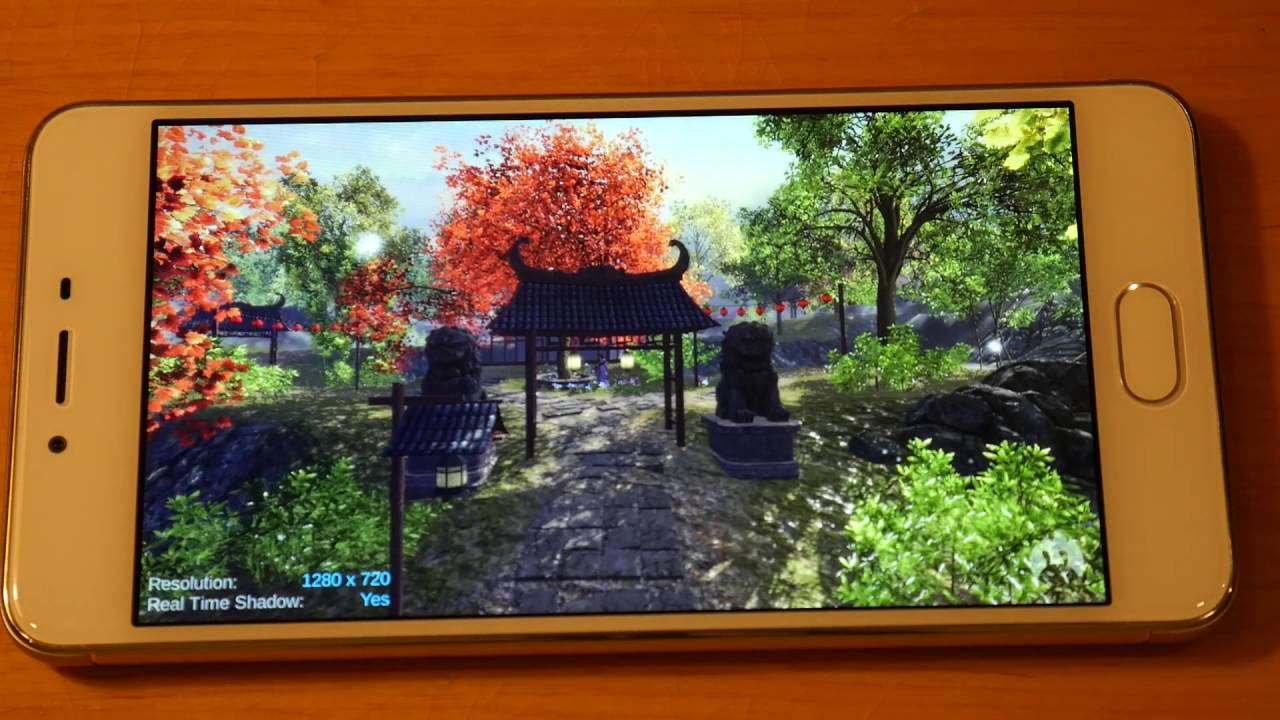 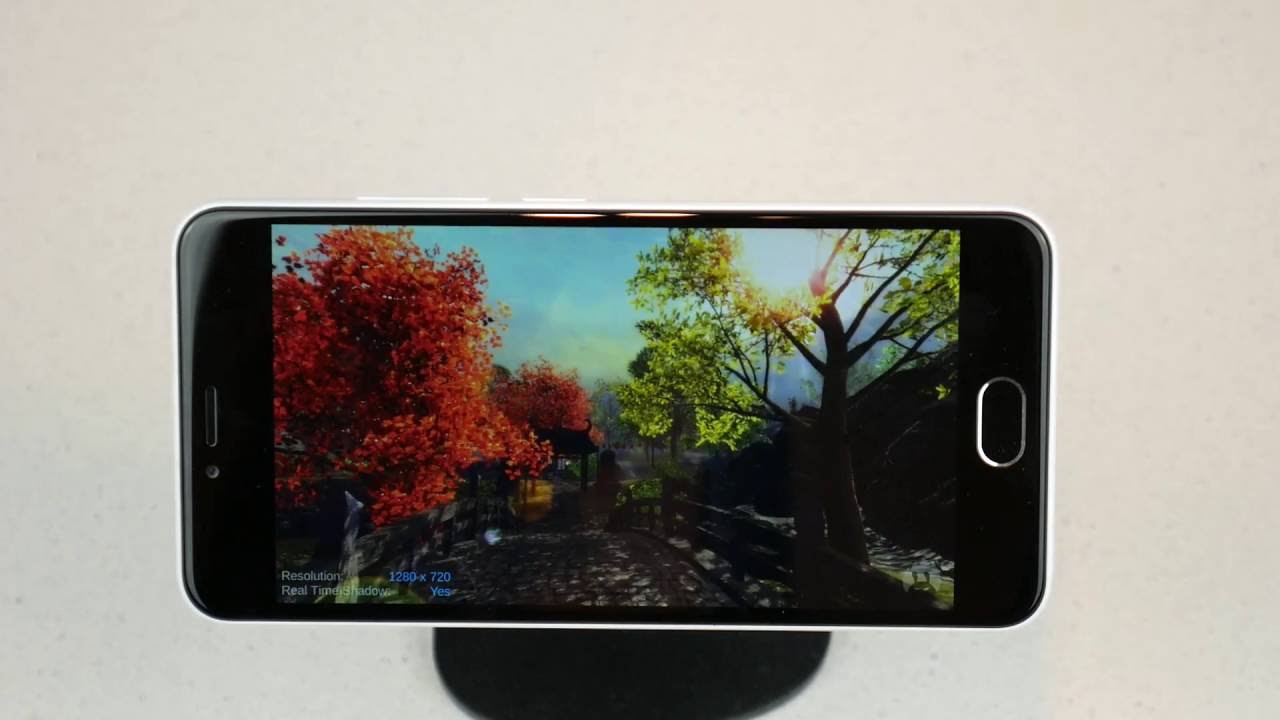 L'interface of the camera turns out to be the same customized by the manufacturer, including the shooting mode Manual.

La registration some video, both for the main rear camera and for the front one, reaches the resolution of 1080p. The format in which they are saved is mp4. 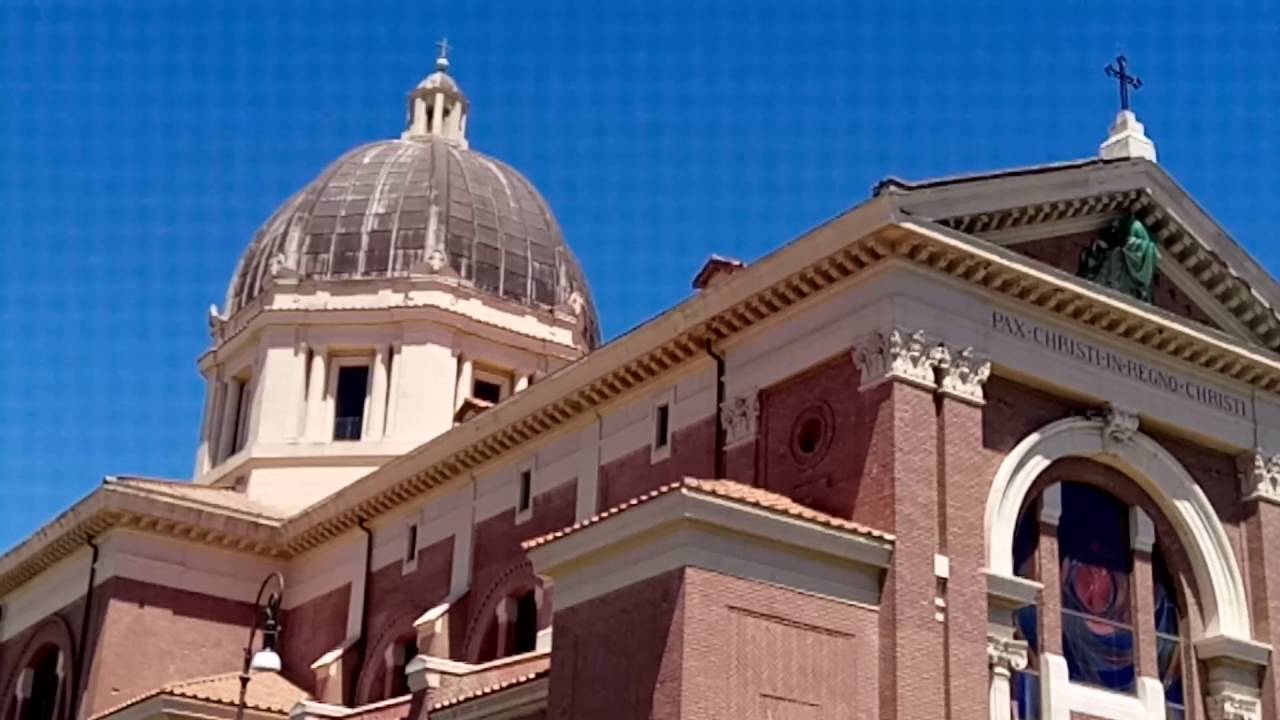 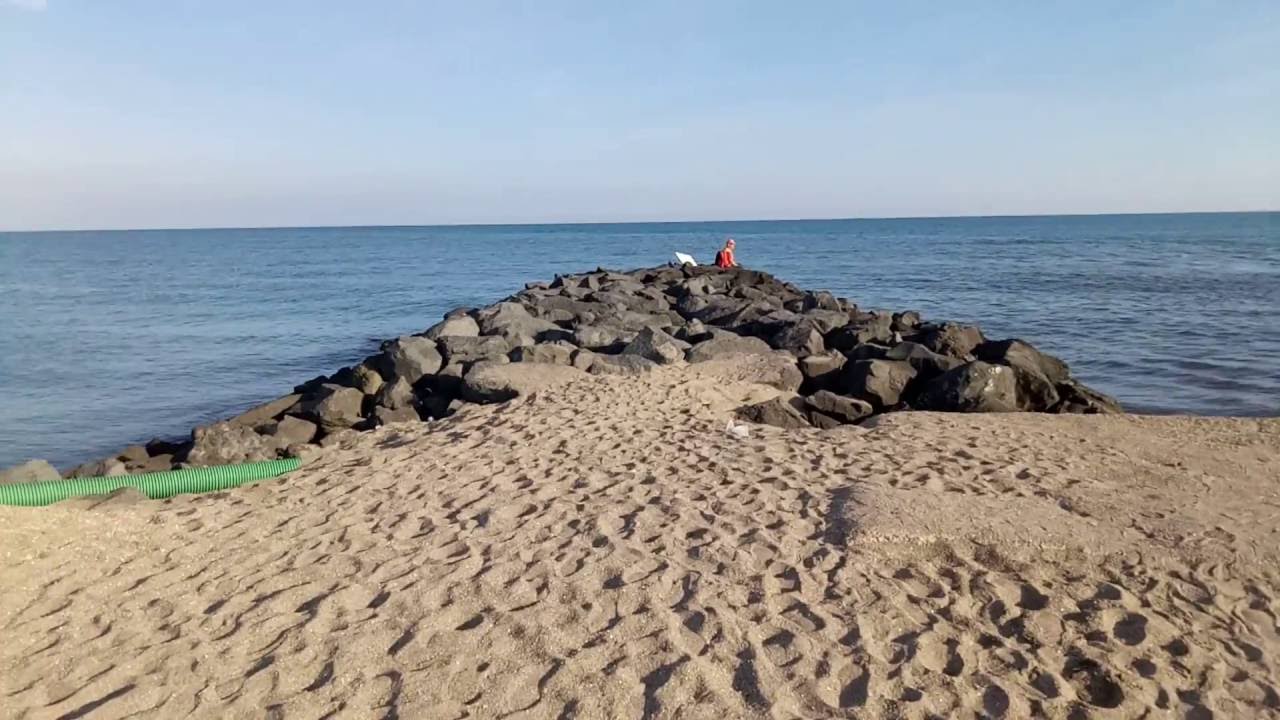 From the point of view of the connectivity, both smartphones are very complete despite the price range.

First of all, we find the support Dual SIM, and, notable for the market segment in which they fit, also support for Volta. Both Meizu M3S and Meizu M3, reluctantly of the users wind, do not support the much-discussed da band 800 MHz in 4G. Always talking about 4G, the presence of a modem should be noted LTE Cat.6.

Although on the level software both devices are moved by Flyme 5 there are substantial substantive differences.

Nell 'M3S the system interface of Meizu is available in international version G based on Android Lollipop 5.1. On the contrary, being M3 purely for the Chinese market, the Flyme it's based on Yunos and it is available solo and exclusively in the Chinese variant Y.

In Meizu M3, registering and activating theFlyme account, the option to do the root of the device. During daily use, we also report crashes with some applications including Instagram.

In this case an arrow in favor of the Meizu M3S. The battery switches to 3020 mAh against i 2870 mAh di M3. Regarding one full recharge, with the supplied chargers you need 2 hours per  M3 e 2 hours e 30 minutes per M3S.

Both manage to cover a rather stressful day. M3S However, thanks to the larger battery and better software optimization, it takes us, even with heavy use, from the morning 09:30 up to 23:00 di will be with approximately 5 hours di active screen.

In our opinion, though, the devices are almost similar in terms of hardware, Meizu M3S offers something more that makes the difference and that makes the smartphone more advised for the purchase.

Fundamental the International ROM, both for native support Italian language, as for the fact that it is based on Android Lollipop 5.1, ensuring complete compatibility with what is offered on the Play Store Google.