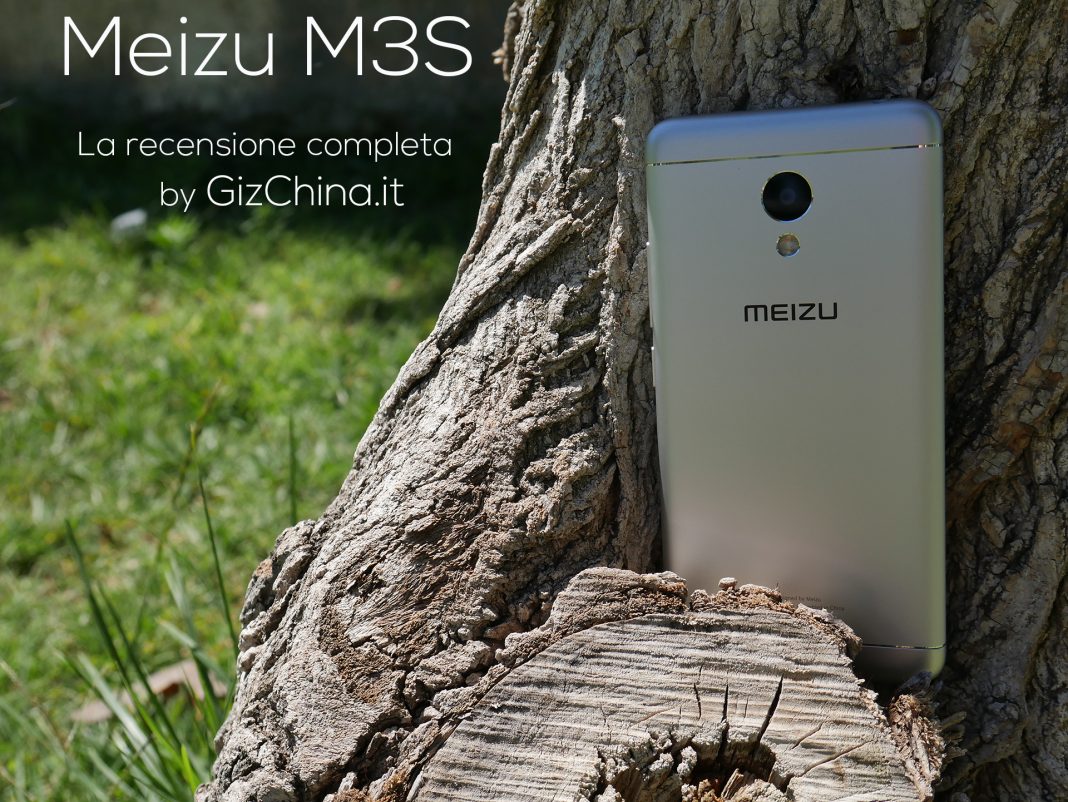 In some cases, talk about devices "Entry-level" it seems even irreverent compared to what we really find before us to examine.

In the common scenario, set up the expense of 100 € about could mean having to be satisfied, and not poco, of devices with low-end technical characteristics and rather poor materials.

Yet, we had already seen how, Meizu M2 was a device that has in a certain sense given a new reference for the entry-level smartphone band; guaranteeing an experience of daily use often to the prerogative of devices of a higher class.

With the new Meizu M3S, the Chinese company sends a clear message to its competitors; offering really a lot, not only in terms of features, but also in terms of overall quality.

You are curious to know better this little gem dropped out of the house cylinder Meizu? Find out in our full review!

The sales box ofM3S turns out to be similar to what is seen on M3 Notes. The dimensions, however, are more compact given the overall lower dimensions of the smartphone. 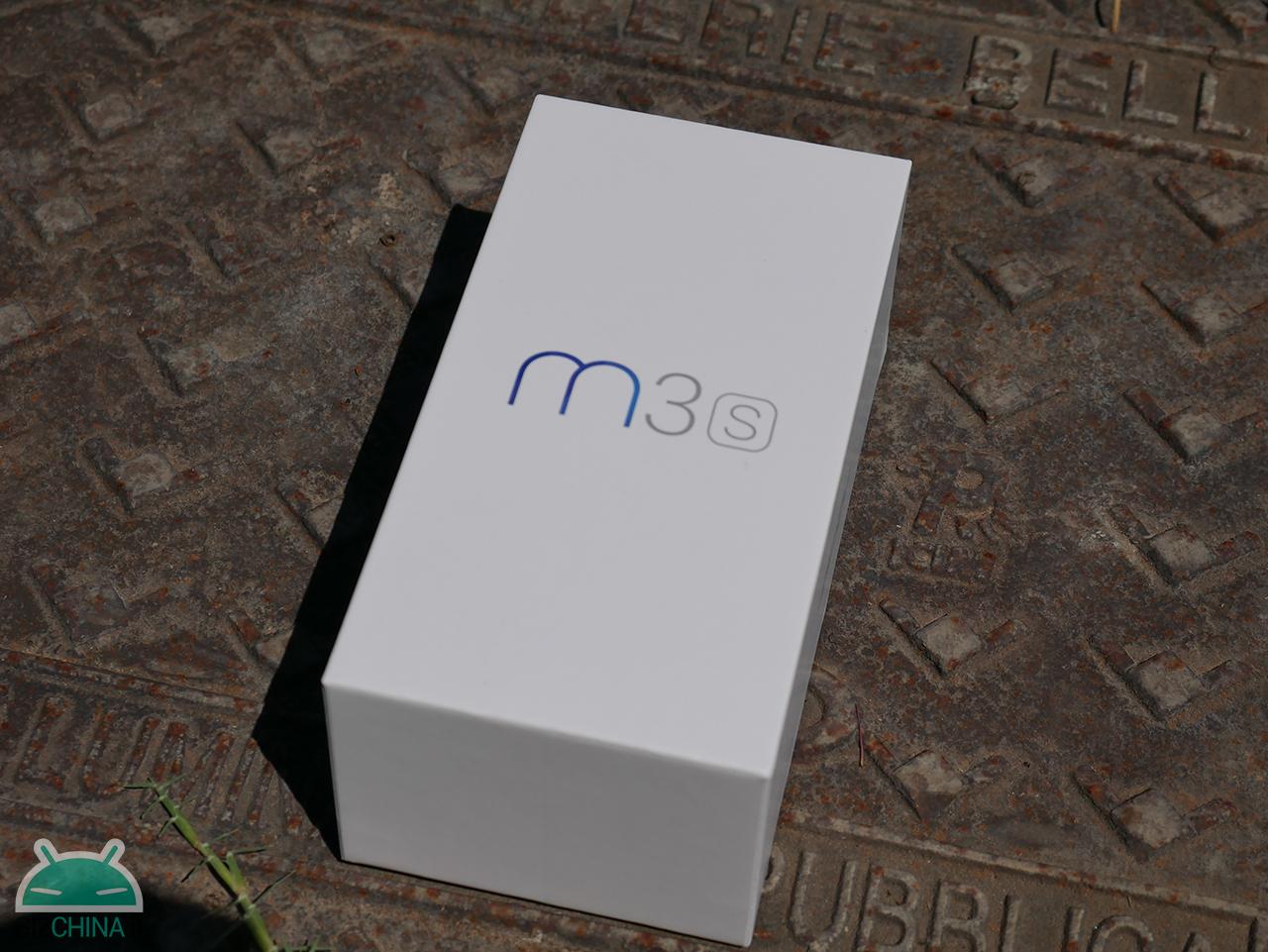 Inside we find the following equipment:

They are not present in the packaging of our device le headphones, but we still don't know if this will be the definitive sales package for our market.

From the point of view of construction, the most obvious innovation is the adoption of a shell made of aluminum, except the upper and lower bands to facilitate transmission to the antennas. This represents a decisive step forward both with respect to M2as for M3, both with shells made of polycarbonate. 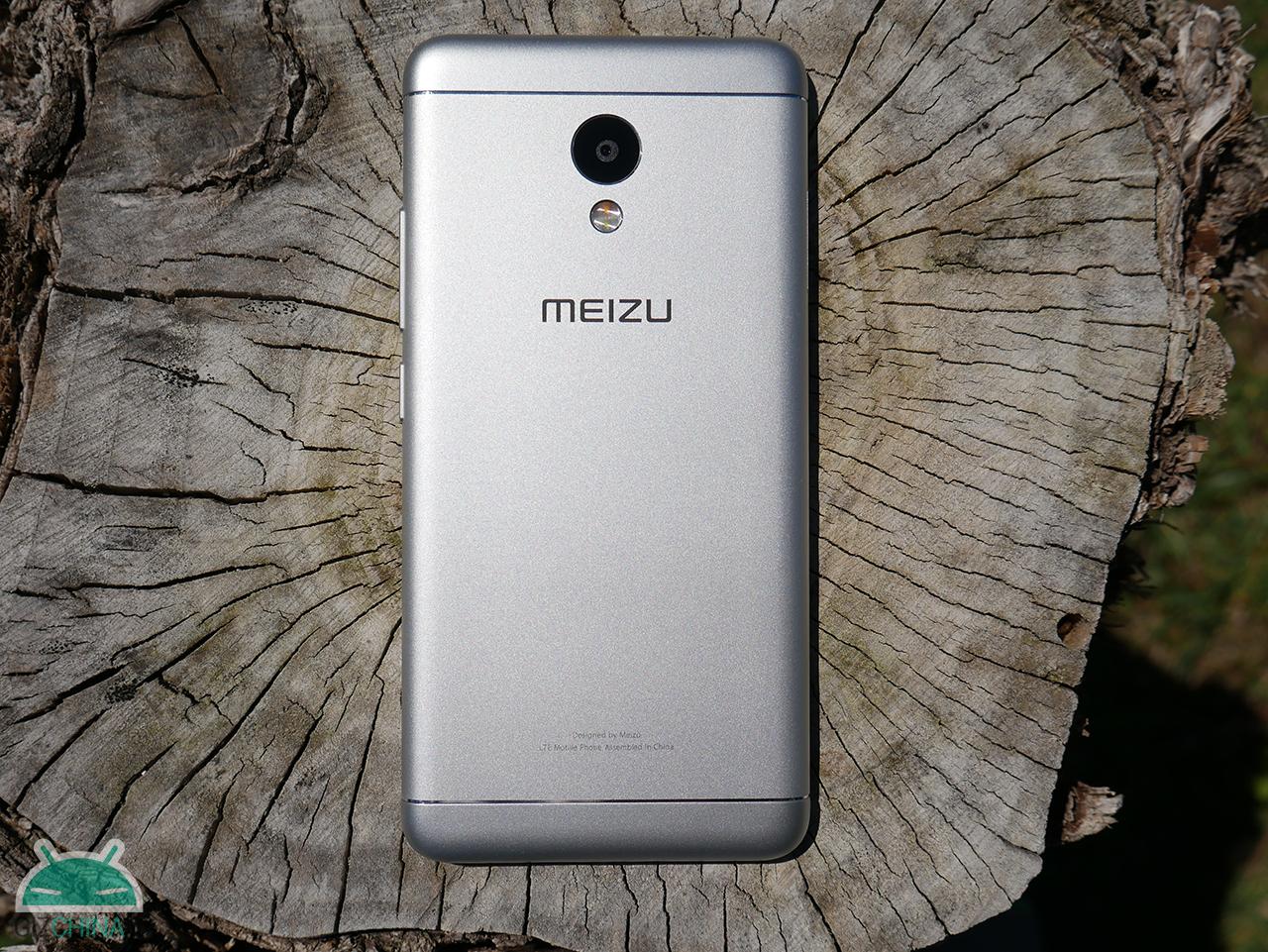 Il touch and feel offers a feeling premium smartphone offer of the highest segment. Although this material, in most devices, involves a good slipperiness in the hand, the grip is good, thanks to the very small size of the device equal to 141.9 x 69.9 x 8.3 mm and a weight of suns 138 grams.

Surprising to think that you are facing an entry-level device. Excellent care in the processing of metal and in the overall construction of the device that is absolutely impeccable.

On the right-hand side, the on / off button and the volume rocker are located securely in their housing. On the left, however, we find the dual SIM slot.

Below are the system speaker, the entrance Micro USB, 2 visible screws and the grid of the main microphone, while above the entrance mini jack from 3.5 mm.

At the top, in the central area, we then see the main camera and the dual LED dual tone flash, in addition to the new logo of Meizu.

Frontally we find the typical key mBack that characterizes the devices Meizu. In this case, it integrates the technology mTouch 2.1, or the fingerprint reader.

After having, therefore, registered our fingerprint it will be simply necessary to place our finger on the sensor in order to quickly unlock the device, as well as having access to various functions such as app lock or Guest Mode.

On the upper front part, on the other hand, the frontal camera and the brightness / proximity sensor are located on the sides of the auto capsule.

This solution does not regret a choice with a higher resolution, both for the good definition of the contents, as for the excellent calibration of the colors and the good maximum brightness.

Moreover, in the settings menu, under the display and brightness, it will be possible to modify the calibration of the same with warmer or colder tones.
In any case, the default set by the manufacturer seems to be already very balanced. 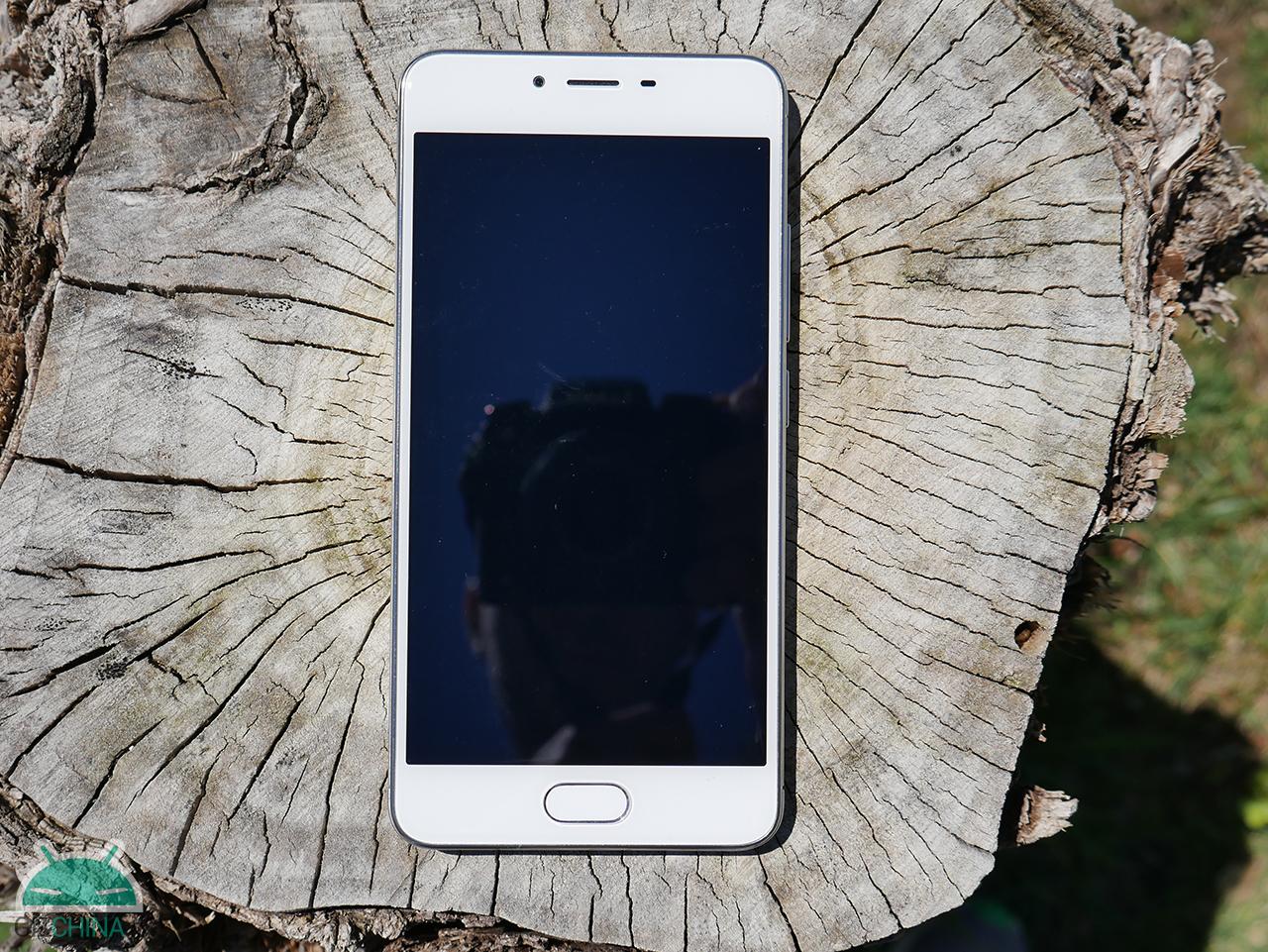 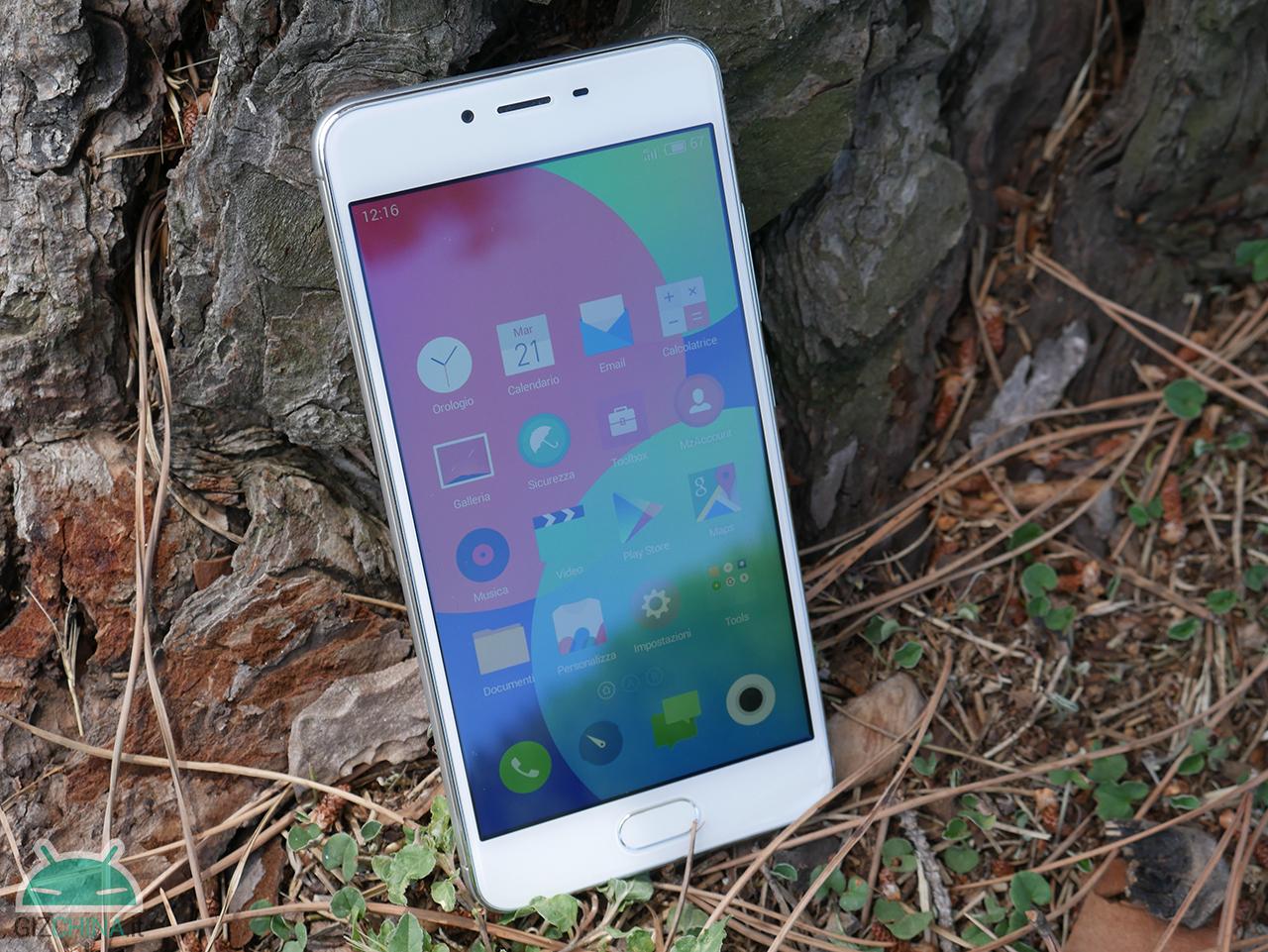 Very good oleophobic factor, valid touchscreen always very reactive that never misses a shot.
We also found no problems, even in bright conditions, outdoors in reading the contents. To protect everything we find a glass SCHOTT Xensation with curvature 2.5D.

Although there are not high values ​​in the various benchmark tests, the device is always fluid without lag and imputations, both during daily use and in situations of greater stress, indicating a good optimization of the software on board.

The graphics sector relies on the ARM GPU Mali-T860 MP2 from 400 MHz, which guarantees good gaming sessions, with more than satisfactory performances even with more demanding games like Real Racing 3 and Asphalt 8.

Regarding the web browsing, is present within the Flyme the classic browser Meizu.

While offering good performance, still maintains some small flaw, solvable with the simple installation of the ever lending Google Chrome.

We have not encountered any problems of the sort playback of video content, although there is no support for 2K files.

Moving on to the multimedia sector, and more specifically to the photographic one, we later find a main camera with a sensor 13 mega-pixels, with focal aperture f / 2.2 and autofocus PDAF.

In favorable light conditions the quality is quite good. There are some limits in the exposure, partly offset by the use of the mode HDR.

The typical interface of the Flyme 5 presents various modes besides the automatic one. Present, in fact, that Manual, with various settable parameters, Panorama and also the possibility of making Gifs.

Considering the price range, all in all, the sensor works quite well. Also the zoom is discreet, both during the day and night phases.

On the front, as shown in the description of the device, we find the camera from 5 mega-pixels with focal opening f / 2.0. The shots taken during the day and in conditions of good overall brightness are more than good. Unfortunately, with the decline of light, therefore, in night conditions, the decline in quality is also sudden.

Videos are recorded in resolution Full HD a 30 fps, the overall quality is average, the lack of optical stabilization is visible and the recorded audio is good both from the point of view of tone balance and maximum volume.

As in all devices Meizu, the choice of positioning the system speaker on the lower profile turns out to be optimal. The volume, although sufficient for the use of multimedia content and for the notification of messages and calls, if it had been a higher thread would certainly have been appreciable. 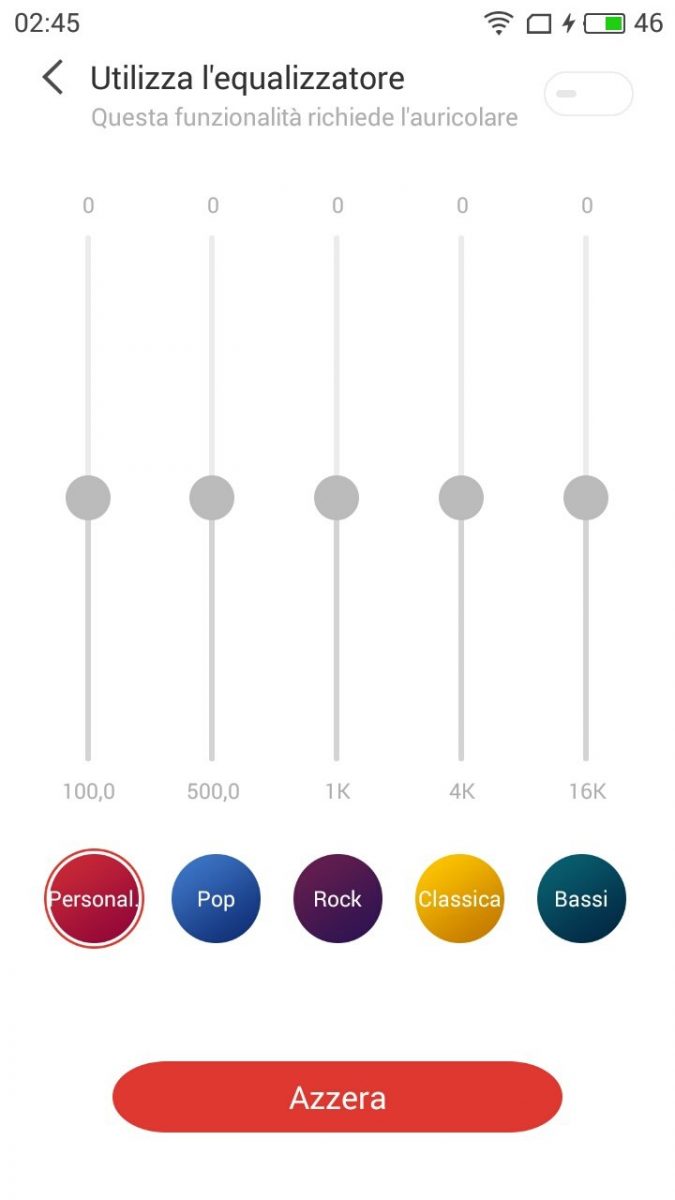 The calibration, from the point of view of the tones, has not convinced us particularly since the high tones are present with greater intensity than the bass.

The situation improves positively when listening to headphones, definitely more pleasant where possible, plus take advantage of an equalizer is customizable as usable with some pre-set equalization curves. 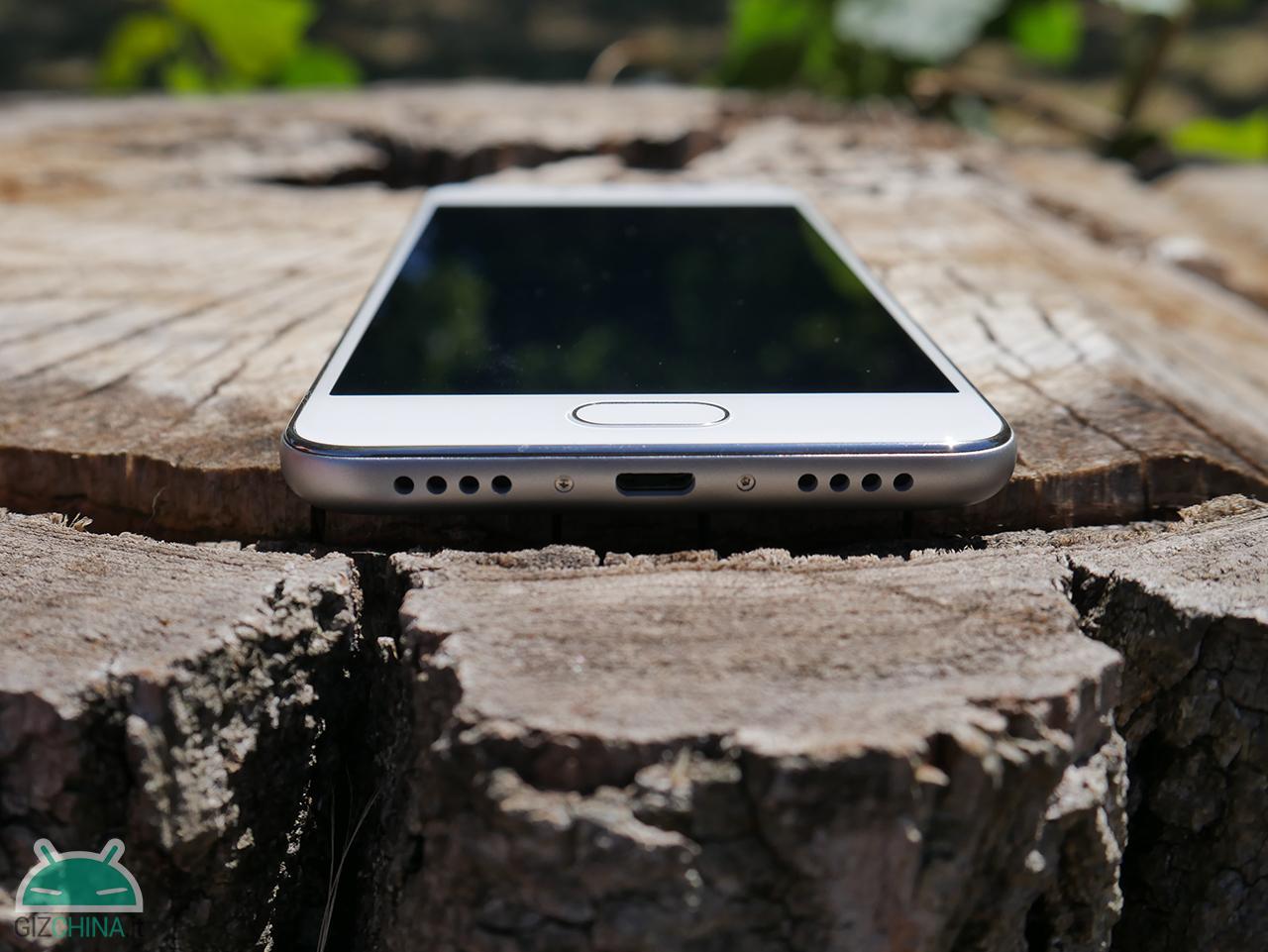 As for telephone listening, the output of the headset capsule it is very good, pleasant timbre as well as very good volume.

The Meizu M3S presents the support in dual SIM stand-by type with support to 4G LTE Cat.6 and Volta.

Also in this device, as for others of Chinese origin, there is no 800 MHz band support.
However, this lack could affect but we specify "could", only for those who are customers Wind or Poste Mobile (which in turn links to Wind).

Connections are also present 802.11 Wi-Fi a / b / g / n Dual Band e Bluetooth 4.0, both very reliable. The GPS / A-GPS / GLONASS, as far as satellite navigation is concerned, they are quick to hook satellites even in closed environments.

The software on board theM3S, although customized through the operational interface Flyme OS, typical of Meizu devices, is still based on Android Lollipop 5.1. This choice is not in line with most manufacturers, who even on low-end devices install software based on Android 6.0 Marshmallow.

Flyme OS, as many of us already know, is an interface completely revised by Meizu compared to the stock software of Google. Inside our device specifically there is the Flyme 5.1.5.0 G, that is already in version International.

The user experience is always very valid as observed in other devices Meizu; there is the classic notification drop-down with various quick toggles, and even the settings menu does not present substantial changes.

Within the settings menu, under Accessibility, we then find the various gestures with the screen off and not; they are always very reactive and useful especially in one-handed use. Furthermore, being M3S equipped with the fingerprint reader mTouch 2.1 there is a menu for recording and managing the fingerprint. 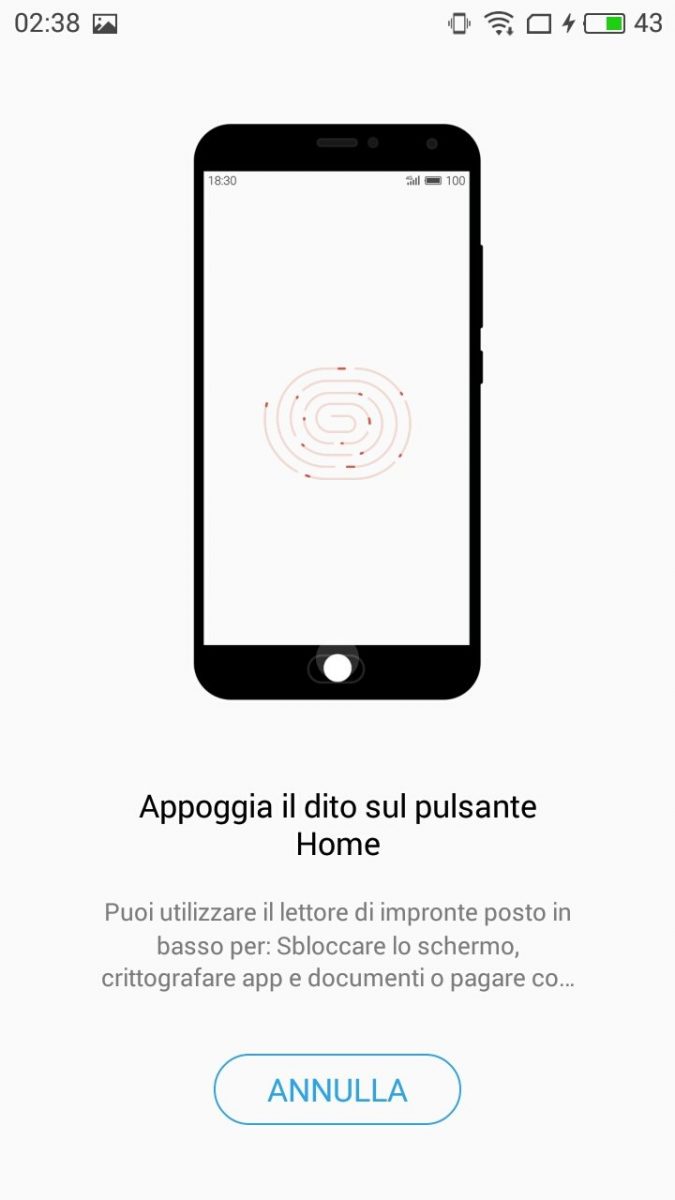 Surely, a very interesting aspect of the new Meizu M3S it concerns the presence of a well battery 3020 mAh.

The same turns out to be higher than the cousin M3, which however boasts 2870 mAh. The charger supplied by 5V 2A allows full charging in approx 2 hours and minutes 30.

A stressful day, without resorting to energy savings and maintaining a screen brightness of around 60%, allows you to forget the charger at home without any kind of worry.

Much of the merit can be attributed to the with resolution HD, and to the new one CPU Mediatek. In fact theMT6750, during the stand-by phases, results to be very park in consumption.

Without compromise Meizu M3S he fully convinced us from every point of view.

If only you think that the device has a starting price in China equal to about 100 euro at our exchange rate currently on the smartphone market our own is really impossible to find better.

Surely, it is to be thought that the price at which the device will arrive in our country will be higher. We are sure, however, that it will rank well below devices that offer the same specifications and build quality at much higher prices.

Meizu has left nothing to chance in this device, everything is in the right place and works as it should.

The terminal will be available for purchase also in Italy in the international variant on the official store Meizumart.it in the coming months at a price not yet announced.

Keep following us so you do not miss the updates related to the beginning of sales of M3S in our country we will publish as soon as there will be certain news.

OnePlus announces a cooling fan for smartphones: arriving in ...