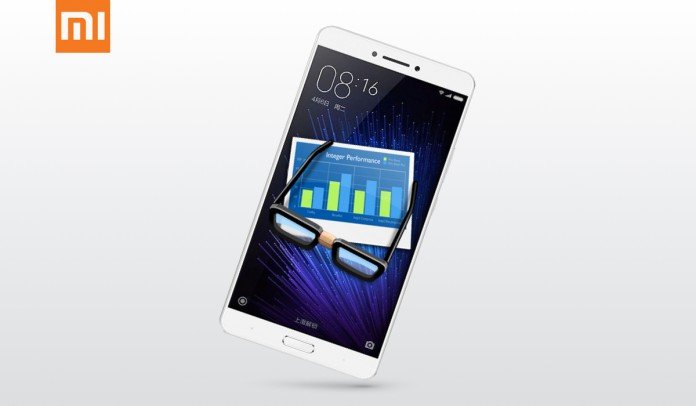 For some time now we have been talking about the next home device Xiaomi, the Xiaomi Mi Max, which is expected to be officially presented on 10st May together with the new one Mi Band 2 equipped with display LCD e the new update of the company's proprietary interface, MIUI 8. The event of the 10st May will be held inNCC (National Convention Center) of Beijing.

A few days ago a screenshot of GFXBench which would show a probable data sheet of the Xiaomi Mi Max with mid-range equipment and a 6,44 inches diagonal with resolution FullHD 1920 x 1080 pixels, a processor Qualcomm Snapdragon 650, 2 GB di RAM e 16 GB of internal memory.

For the photo department there was a rumor about a rear camera from 16 mega-pixels and a front from 5 mag-pixel with the out-of-the-box operating system Android 6.0.1 Marshmallow. 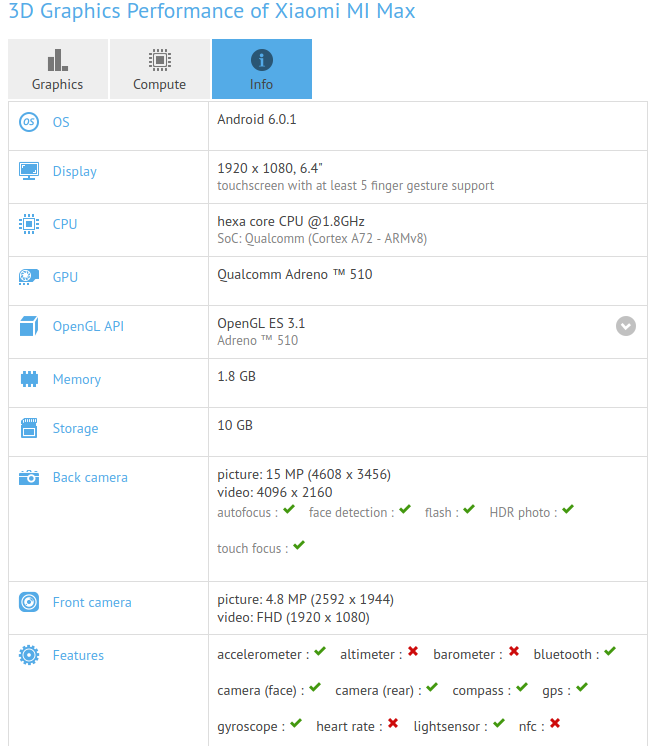 Now, however, two new images concerning the benchmark tests have appeared on the web GeekBench that would concern the aforementioned new home phablet Xiaomi. It seems that the voices of the two models are therefore confirmed in fact we would talk about a device called Xiaomi Max and another called Xiaomi Mi Max. 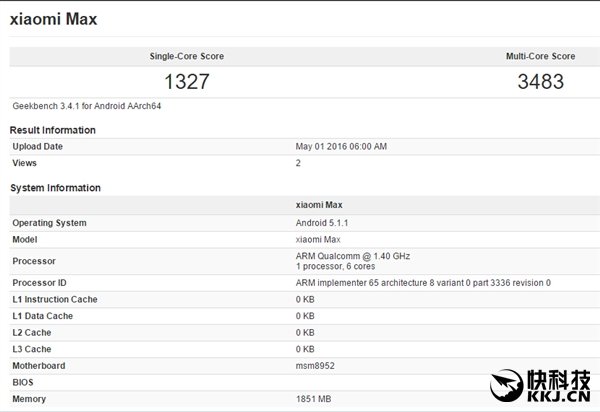 While the first screenshot would show the score of the first of the two, the Xiaomi Max, confirming a quantity of 2 GB di RAM, the second image would show a second score related to Xiaomi Mi Max which would be distinguished from the former only by a larger dimension of the RAM that would reach i 3 GB. 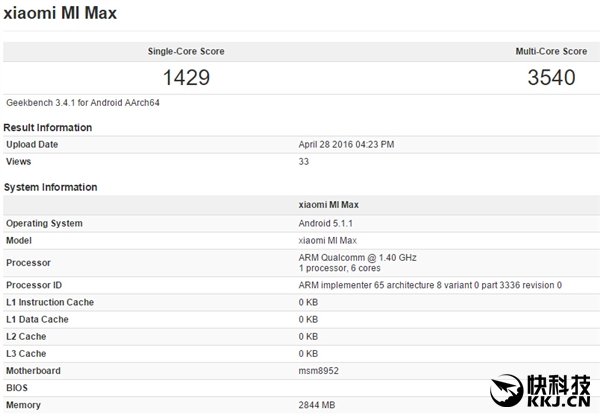 For the rest the two devices would seem identical. Things that would stingle a bit 'compared to what was rumored until now would be the processor, referred to as a hexa-core with clock frequency up to 1.40 GHz while i Snapdragon 650 it would come up to 1.80 GHz, and the system detected by the benchmark results that it would appear to be Android Lollipop 5.1.1.

Obviously in the current state of things we just have to wait for the presentation of his company Xiaomi Max e Xiaomi Mi Max or any pre-launch leaks with the intent to increase the hype. Of course we will keep you updated. What is certain is that based on the characteristics received, the phone might have been more correct to call it Xiaomi Redmi Max.