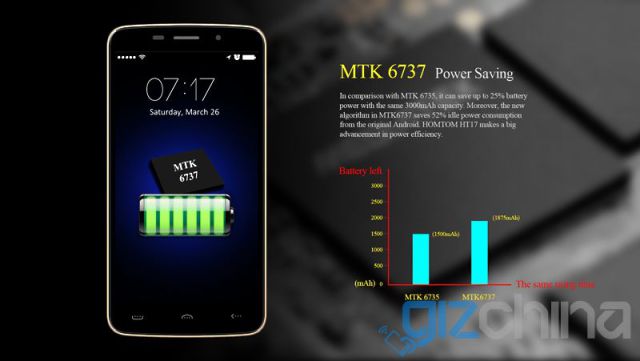 Now many of you who follow us have got to know the company Homtel of Asian origin. For the future, the company plans to release a new top of the range called HomTom HT10, but it is possible that first announce another device belonging to the low-end market with the name of HomTom HT17.

This new terminal could reach the market with a record bringing the new chipset under the hood MT6737 di MediaTek. Following the numbering, one can expect it to be the successor of the popular and much loved one MT6735, which we find on most of the Chinese budget phones currently available on the market. 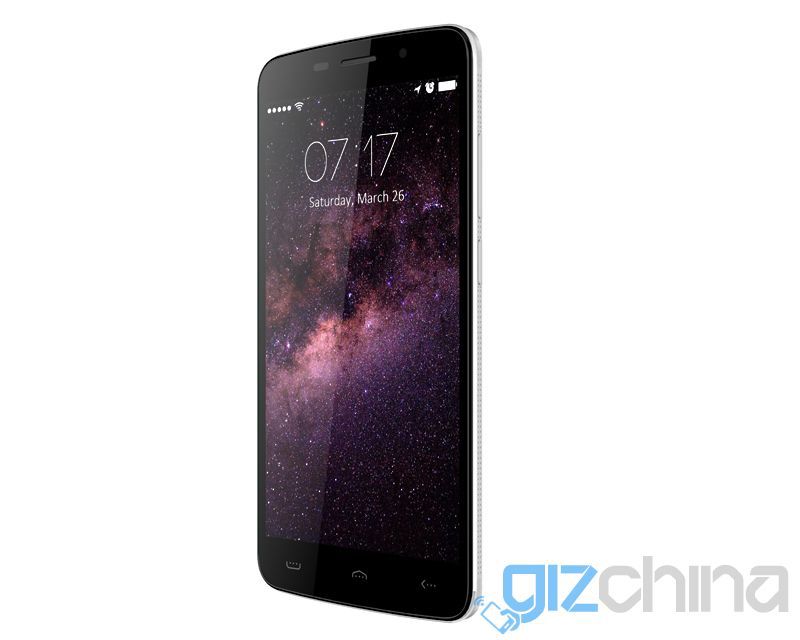 The CPU part looks pretty much the same since we find a quad-core 64 bit with frequency of clock equal to 1.1 GHz, but it is possible that there is a more efficient power level that should improve it compared to the last generation.

As for the performances, the whole thing seems to be more or less the same since the MT6737 carries the same core of the MT6735. The most interesting part, however, is the introduction of a more powerful and fast GPU in the new MediaTek branded SoC.

In the promotional material it is possible to clearly see one Mali T720 MP1 from 550 MHz which is sponsored as faster and more lending than the Mali T720 MP2 from 600 MHz used alongside theMT6735. 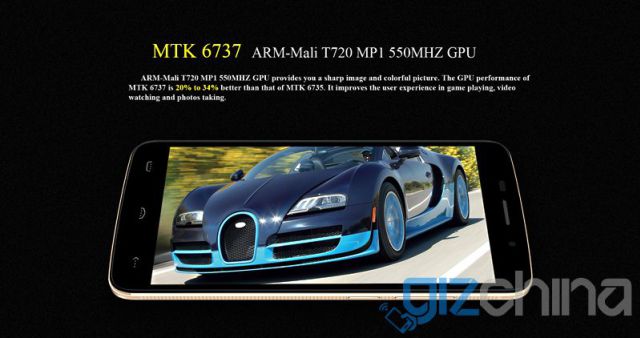 Perhaps, the comparison was made with the underclocked version of the Mali T720 MP from 400 MHz coupled withMT6735P. The situation becomes even more confusing if you look at the website of MediaTek where we can find indicated as GPU the Small T720 MP2 with frequency always from 550 MHz alongside the chip.

It is possible that the first information on the products may be a bit messy, but of course we try to keep an eye on this situation to find out more about it. However, HomTom should announce theHT17 perhaps in the month of May.