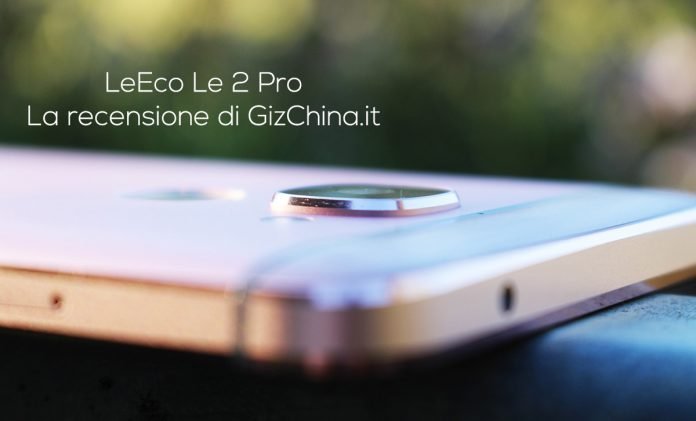 A few days ago we analyzed the new LeEco Le 2, the basic smartphone of the new series launched by the Chinese company that amazed us for its design and construction, but disappointed us for the software which, as always, is poco optimized for our country.

Today we discover together the new LeEco Le 2 Pro, a mid-range smartphone belonging to the same range of products that differs on some small things in the technical field; will the differences with the basic version be evident? 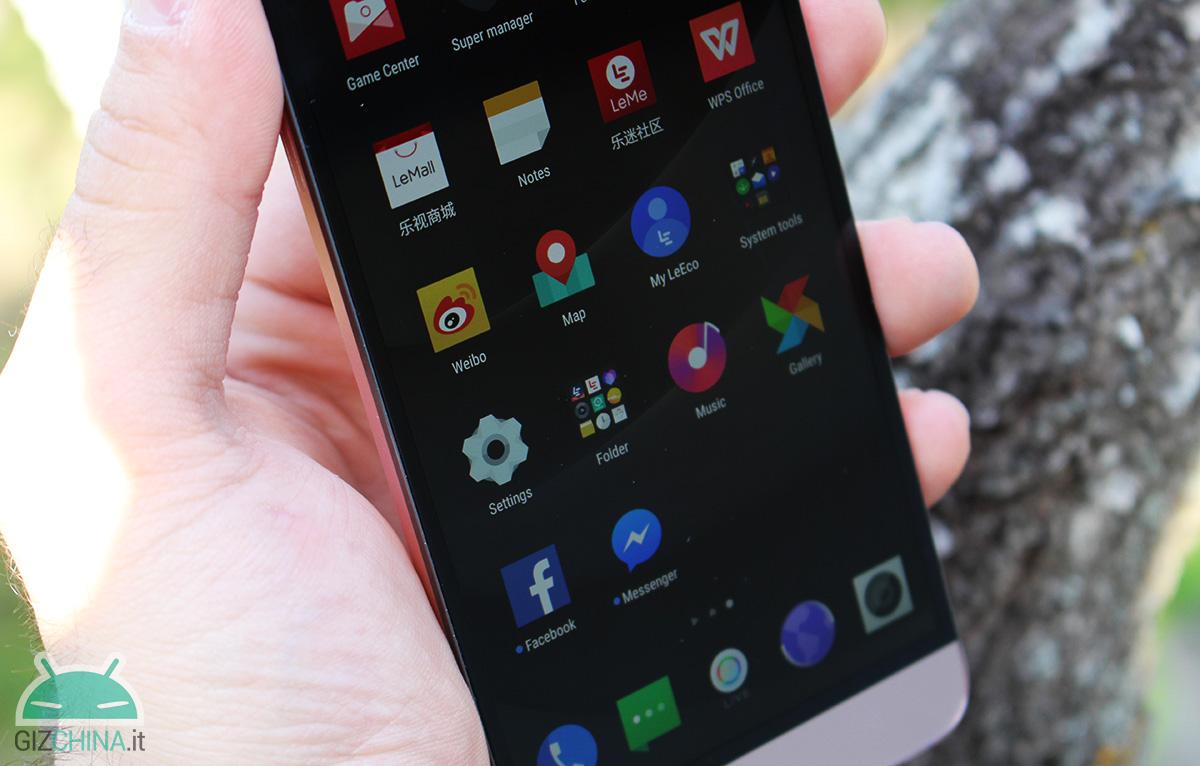 LeEco Le 2 Pro is available on TopResellerStore a 309 €. 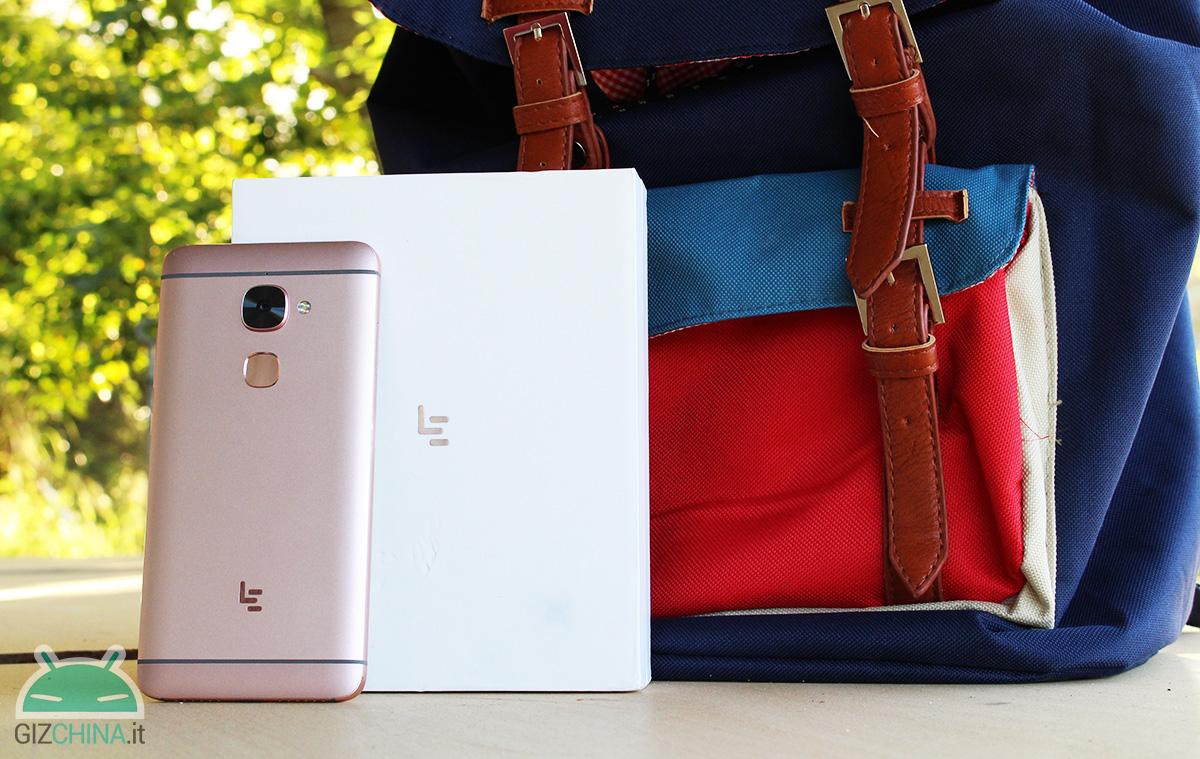 There are few differences compared to the LeEco Le 2, and one of these is found in the package that, as "plus" has only one silicone cover to protect the device. However, inside the sales box we have: 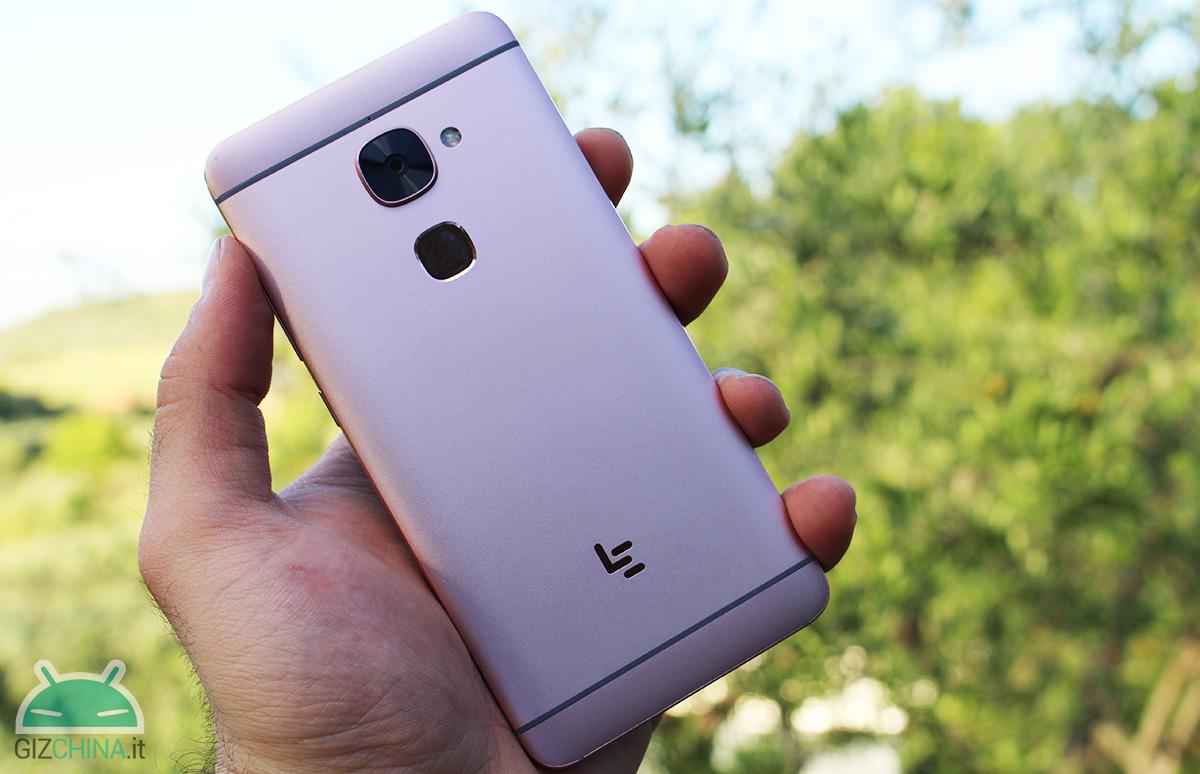 On the aesthetic front, as already mentioned, we do not find any kind of difference with the LeEco Le 2 "standard"; the Pro version, in fact, is made in the same impeccable way in aluminum with an elegant and refined gold color and with finishes near the various "details" such as, for example, camera and function keys, with attention to the smallest details.

It is possible to notice, then, two horizontal bands of different colors along the back cover that make the reception of the device in the telephone field better.

excellent are then the finishes near the camera, which is raised by about 4 mm compared to the rest of the smartphone (much more remarkable than Le 2, and here there is also the "step" effect with the smartphone), as well as the biometric scanner, which it is slightly recessed in the back cover and has an almost mirror-like design which, unfortunately, tends to get dirty very easily (keeping fingerprints imprinted when we use it to unlock it).

Then you will find the button layout and the inputs available on the LeEco Le 2 Pro. 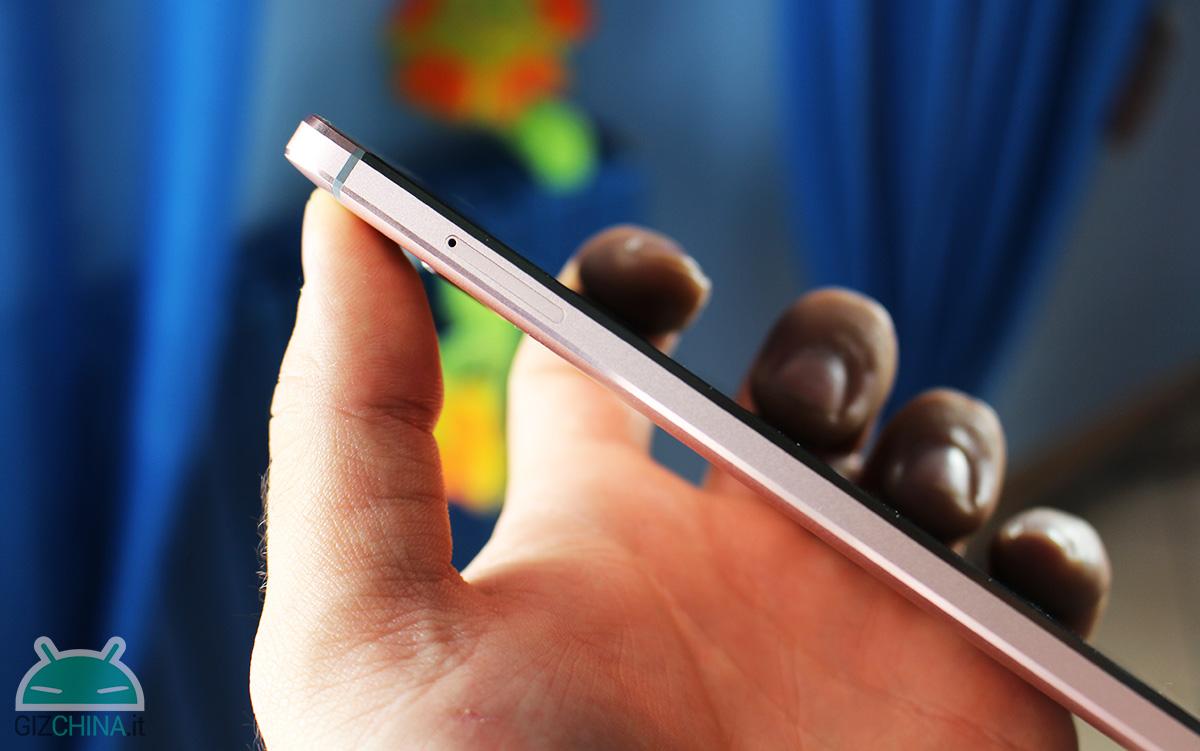 Let's start by analyzing the left side, along which we find the trolley at the top that can accommodate the two SIM cards in nano format. 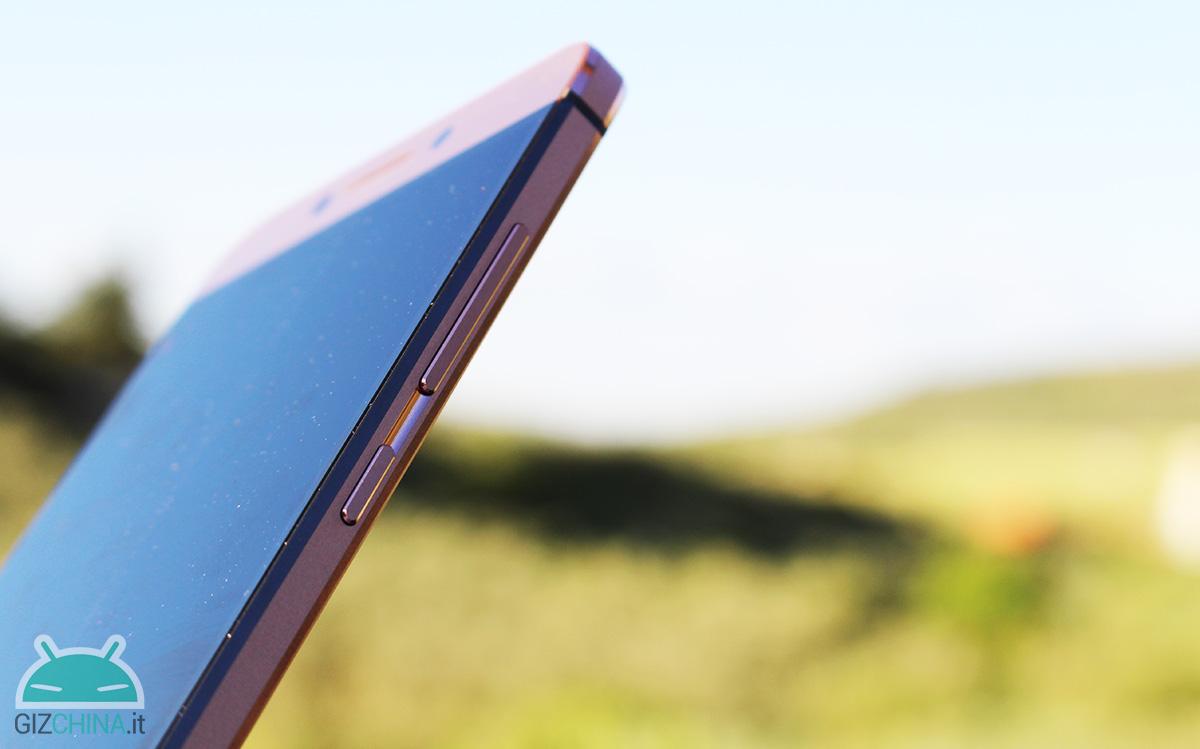 Moving to the right, however, LeEco has inserted the rocker for volume adjustment as well as the power button. 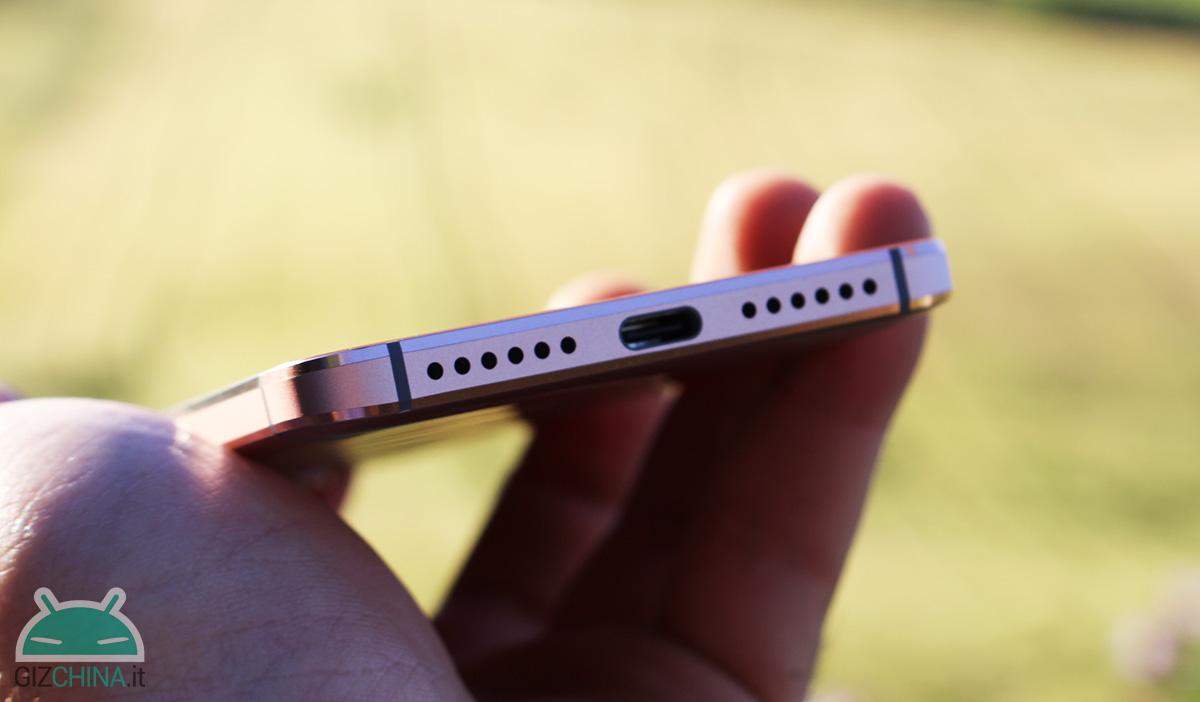 At the bottom, then, on the left we find the microphone (which, seen the grid pitted like a speaker, could be misleading and leave a stereo speaker), the TypeC connector and the speaker. 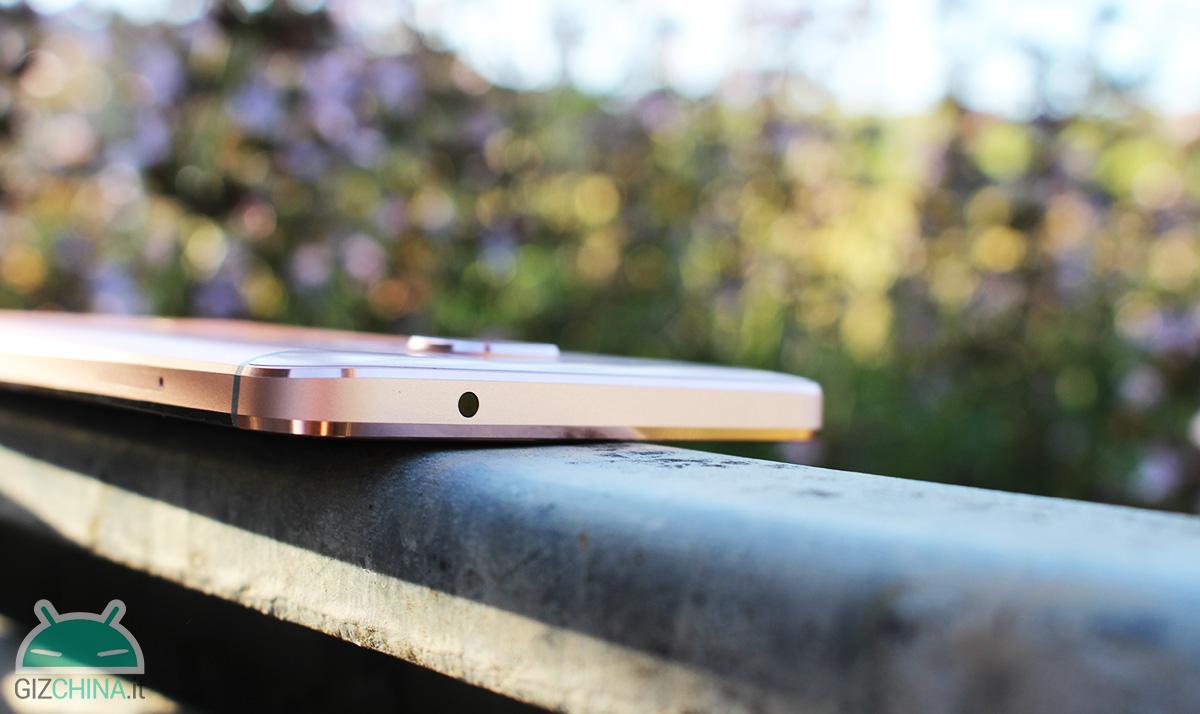 At the top, instead, we find only the infrared port; as is well known, the 3.5mm headphone jack is missing, but you can continue to use it via a small adapter that comes with it, which transforms the TypeC port into a headphone input.

After having seen the display of which the 2 is equipped, in the Pro version also putting side by side the two devices we did not notice any kind of difference, finding ourselves physically facing two identical panels.

In daily use LeEco Le 2 Pro, as already stated with the younger brother, on the qualitative front of the display it did not disappoint us; the color calibration is very good and the viewing angles are excellent. Another small drawback, if you want to be meticulous, is the maximum brightness that under strong sunlight does not allow us to fully enjoy all the contents on the display.

The LeEco Le 2 Pro is equipped with an internal memory equal to 32GB that, net of pre-installed apps (many of which only in Chinese and easily removable) and the operating system, correspond approximately 24GB actually available.
However, for users who need more internal memory, there is bad news; as also highlighted in the review by LeEco Le 2, the lack of an expansion slot via microSD will force you to make the "integrated" 32GBs suffice.

The substantial differences between the basic version and this "Pro" variant of LeEco The 2 can be seen on the technical sheet; translated in other words, we are faced with a processor Mediatek Helio X20 + and 4GB of RAM memory, compared to the Helium X20 "underclocked" and 3GB of RAM present in the "basic" variant.

In everyday use, however, it is difficult to see any noticeable differences, not least because Helio X20 does not struggle in any kind of operation, the same speech for the Helio X20 + which, in general, behaves in the same way without significant performance increases.

As already mentioned, also for LeEco Le 2 starting from Gaming with Asphalt 8 the device is able to obtain medium-high performance, and the results are not different at all; at maximum graphic details the fps in game are quite high and the device does not heat up particularly even with a rather prolonged use.

Il web browsing at a performance level it is good; websites are quick to open and pages can be easily explored, even if the stock browser is radically in Chinese with favorites and search engines in that language, just like on LeEco Le 2; our advice, even in this case, is to rely on Google Chrome.

The reproduction of the videos, then, even on this model fully satisfies; all the video samples we used for the tests were reproduced without problems, including the file in 4K MP4.

Next, instead, find the benchmarking performed on the LeEco Le 2 Pro.

There are no differences even on the audio segment compared to the range base; the device, in fact, is equipped with a mono speaker (even if the double grid could be misleading), whose quality is really very high.

The sound is well equalized, and the stock audio player is well optimized, both qualitatively and graphically.

Sul connectivity compartment the LeEco The 2 Pro has proved to be a good smartphone, with an always excellent reception and a really remarkable hooking speed to the network.

Il device is equipped with a housing able to accommodate two SIM cards (both in nano format) and almost fully supports LTE networks, with the exception of the 20 band, of which we do not talk much online, but that, through some tests, we have established that we are not present.

The aspects related to Wi-Fi, Bluetooth and GPS, on the other hand, do not create particular difficulties so there are no notes to be made about it.

One of the rather notable hardware differences, which can also be seen in the aesthetic field (given the sensor much more protruding than the Le 2) is the camera; on the LeEco Le 2 Pro we have a Sony Exmor IMX230 sensor, from 21 mega-pixels while on the front we have the same sensor as the base of the range, to 8 mega-pixels.

The photographic quality, however, is not much different than the LeEco Le 2, which itself already took pictures more than good that are reconfirmed in this variant Pro of the device.

In addition to the LeEco 2, in addition, there are no bugs in the camera application which is fully functional and does not crash in any situation, unlike the 2 which was also incompatible with applications such as Facebook Messenger and photo integration .

Among the hardware aspects remained unchanged in this LeEco Le 2 Pro we also find the battery; what does not remain unchanged, however, is the autonomy that with this model tends to be slightly lower than the Le 2 "Standard", also considering the slightly higher clock of the processor which could affect, even if of poco, energy consumption.

As already reiterated for the 2, with this The 2 Pro it is difficult to arrive at night especially if you use the device in a rather stressful; the hours of active screen that we managed to total in our tests, however, do not exceed 3 hours.

Shared aspect on a par with the LeEco Le 2 it's the one related to the software; the ROM, based on Android 6.0, has a LeUI interface, aesthetically pleasing but full of applications and customizations that, by necessity, are not dedicated to our country but only to China.

However, among the negative aspects, we must also mention the lack of Google services (which, however, can be easily installed in a few minutes), as well as the absence of the Italian language in all system menus.

More than realizing a real review, today we have tried to put as much emphasis as possible on the similarities and differences between these two models which, in our opinion, are not so different if not in price, whose differences oscillate around 70-100 euro, depending on the store analyzed.

LeEco Le 2 Pro, therefore, like its younger brother it is a decidedly excellent smartphone but if the range base had fully convinced us thanks above all to its value for money, this Le 2 Pro loses its appeal slightly, given the few differences that run compared to the version of poco lower.

So, to the question "which one should buy?" Our answer will always be the same: LeEco Le 2.

LeEco Le 2 Pro is available on TopResellerStore a 309 €.

Many mid-range Samsung receive One UI 5.0 and Android 13