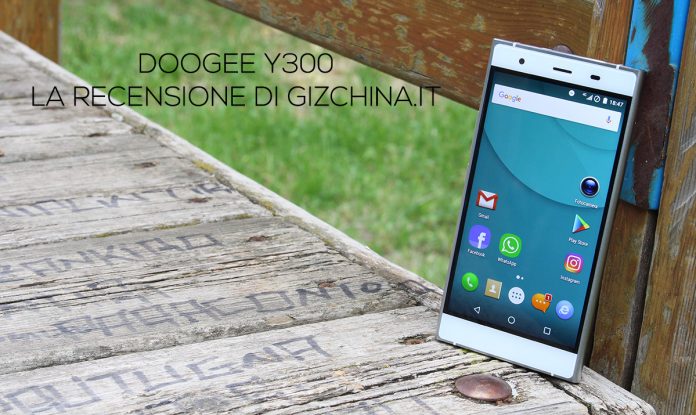 We had seen it in ours hands-on directly from the MWC 2016, as well as ours quick preview, but without getting lost in chatter we now discover it more closely in detail; we talk about the Doogee Y300, low-cost smartphone with Android 6.0 on board and aluminum and glass construction.

Even Doogee, therefore, is in the mood to renew the design of its devices, which have never been excellent on this front, proving anonymous in appearance and only sufficient on the quality of construction: it changes course with Doogee Y300? 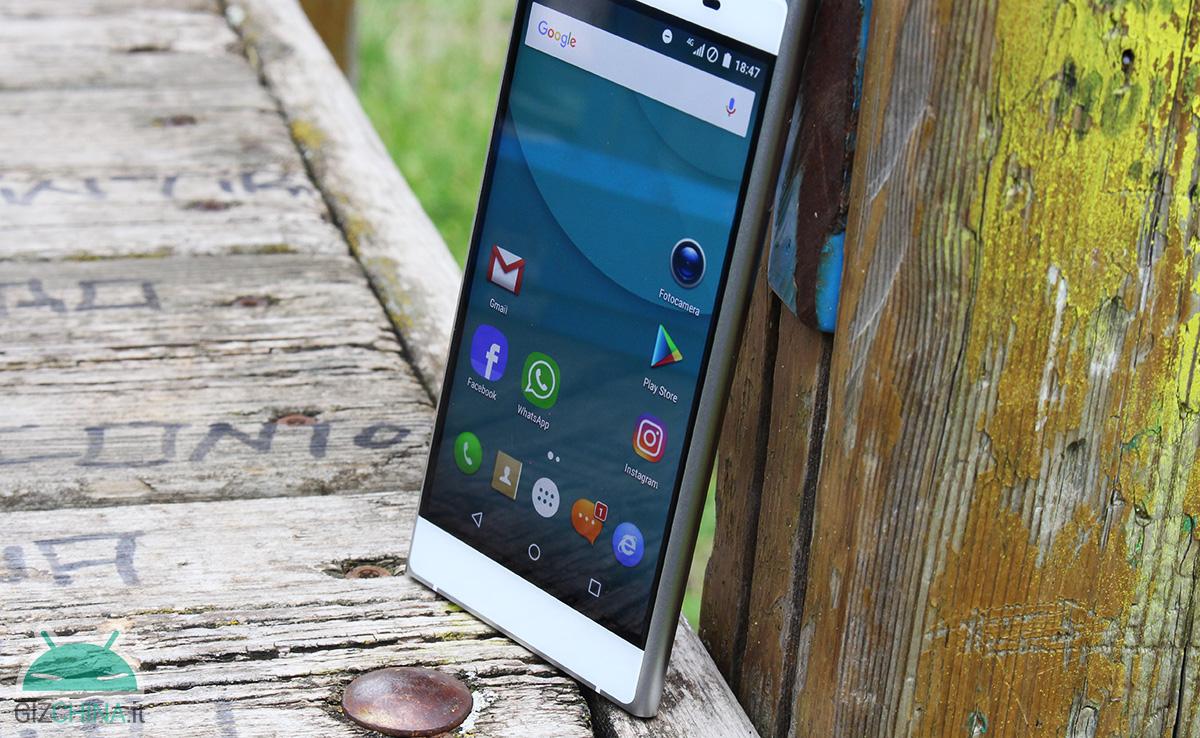 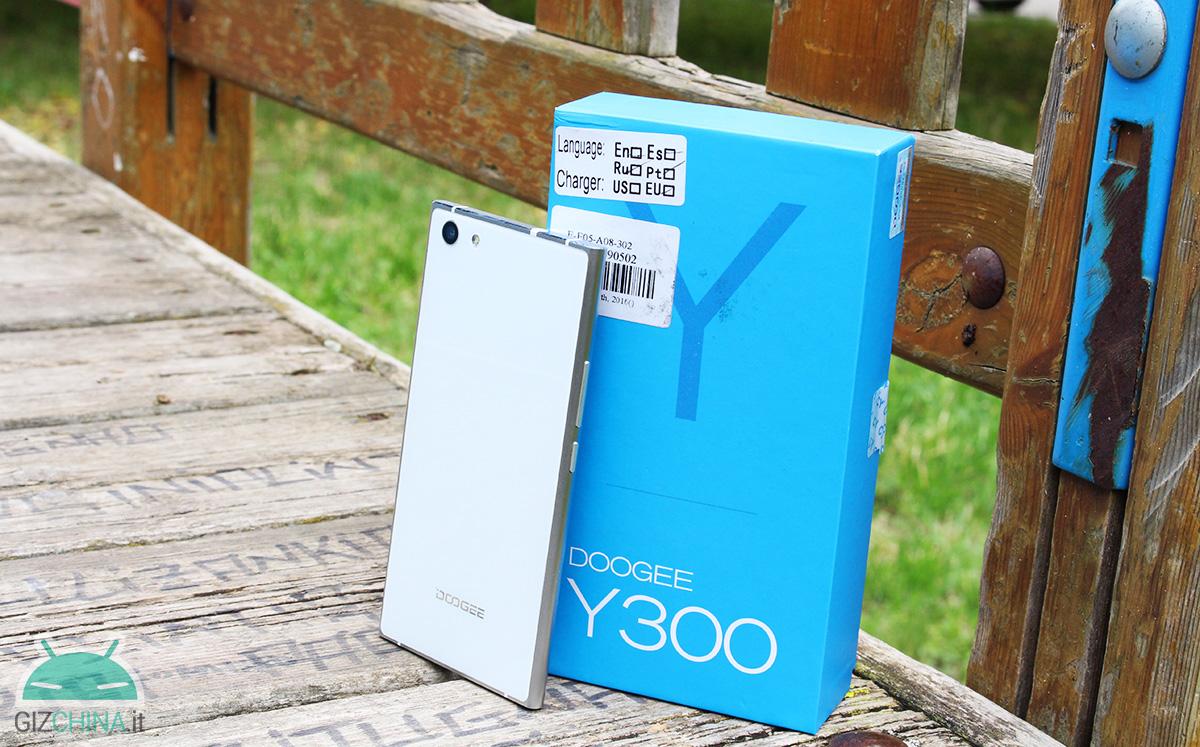 Usual design for the sales package of this Doogee Y300, which presents itself with a stifling accessory equipment; inside, in fact, we can find: 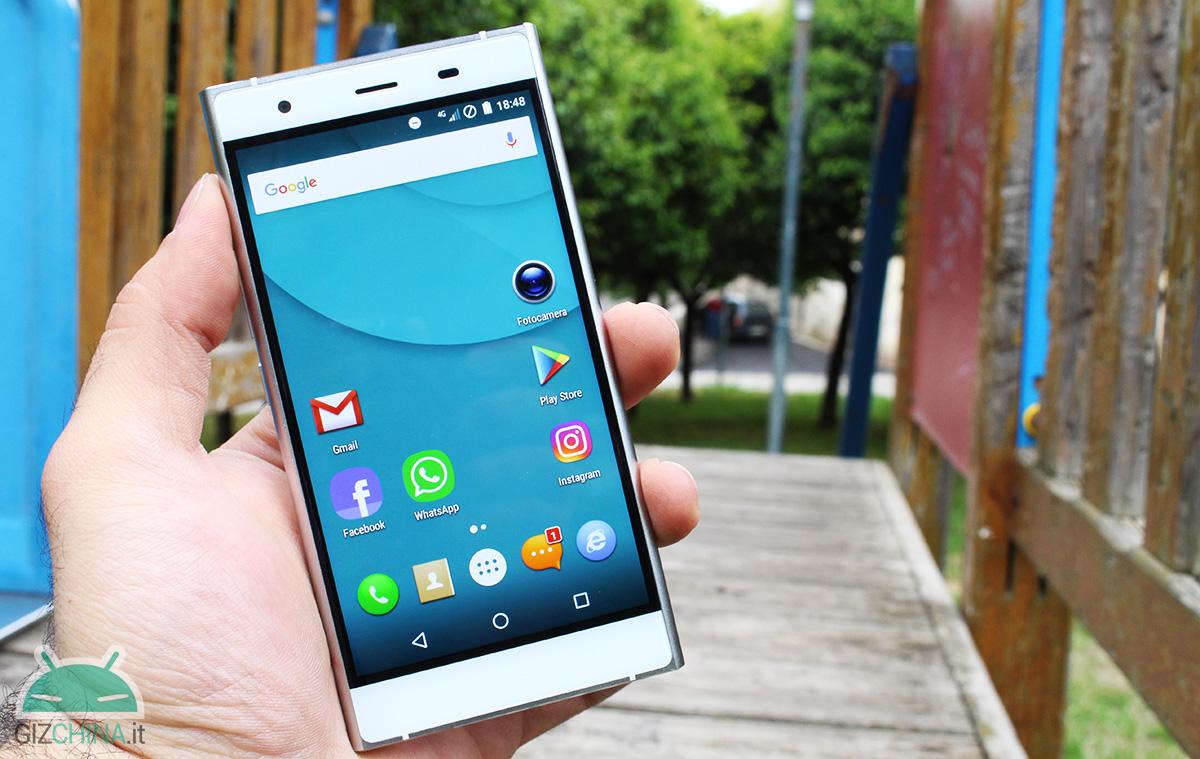 As already mentioned, among the many Chinese brands that we analyze every day, Doogee has never distinguished itself for the attention to detail on its smartphones that, although well-functioning, often leave something to be desired for the quality of construction.

However Doogee Y300 seems to represent a step forward from the company, which has worked a lot on the appearance on this smartphone; the device, in fact, comes with a glass unibody body in the rear, as well as aluminum along the perimeter frame which, in the side edges is rounded to allow a better grip, while up and down is squared.

In addition, the dimensions of Doogee Y300 are equal to 138 70.6 x x 6.9mm and alone 145 grams weight, definitely well balanced throughout the smartphone, which, therefore, turns out to be very handy with one hand but slightly slippery given the back cover in glass.

It should also be noted that although very elegant and refined, the back cover has not received an olefobic treatment, which is why it tends to retain the fingerprints during use.

Next, instead, you find the layout of the buttons and inputs on the Doogee Y300. 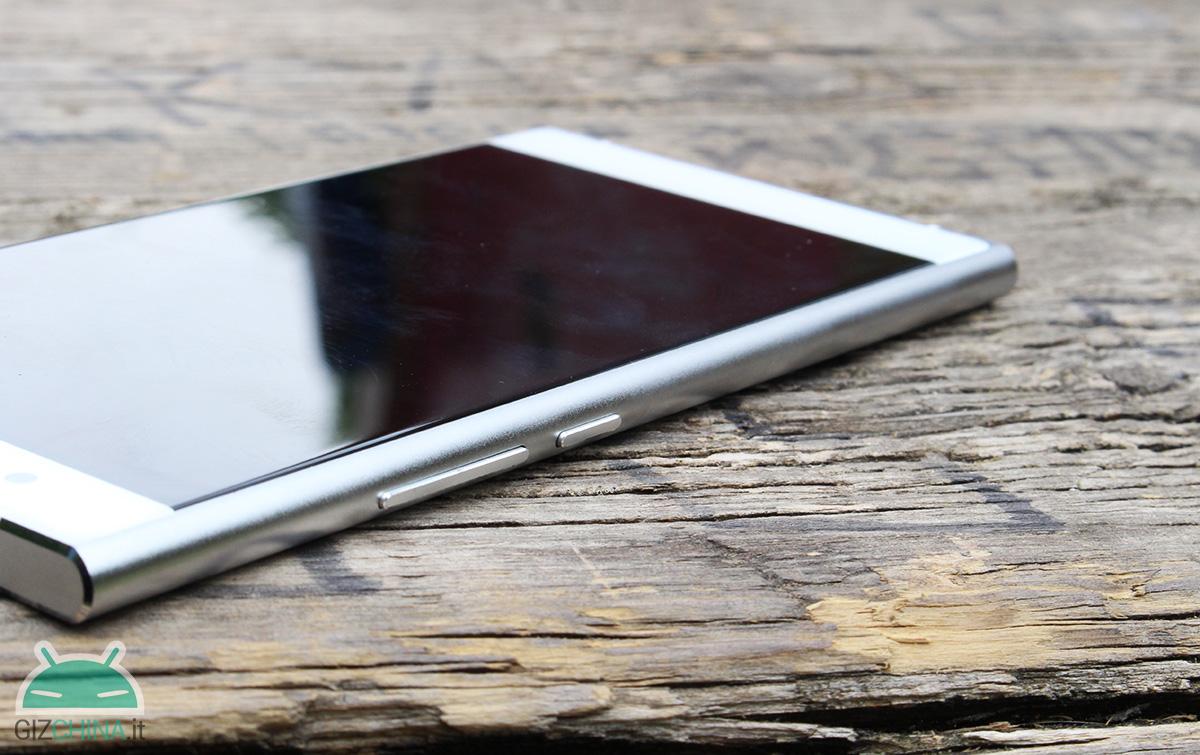 Starting from analyzing the left side, the Chinese manufacturer has inserted both the volume adjustment rocker, as well as the power button. 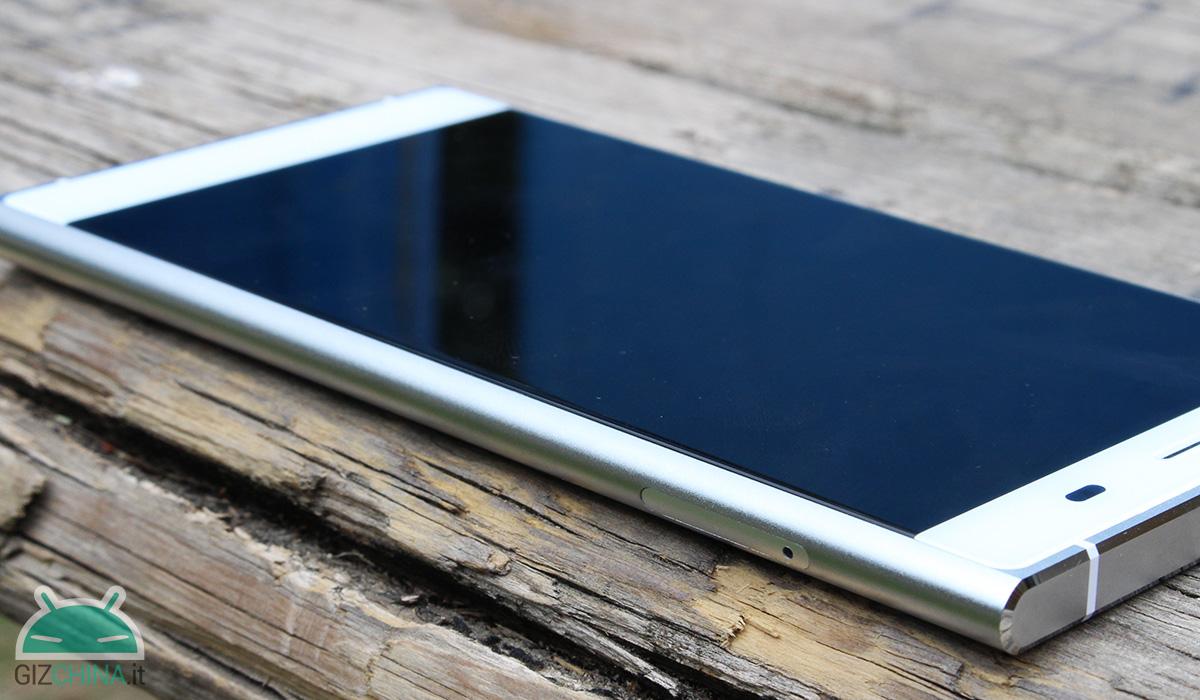 Moving to the right, however, we find the only trolley for the insertion of the two SIM (nano + micro). 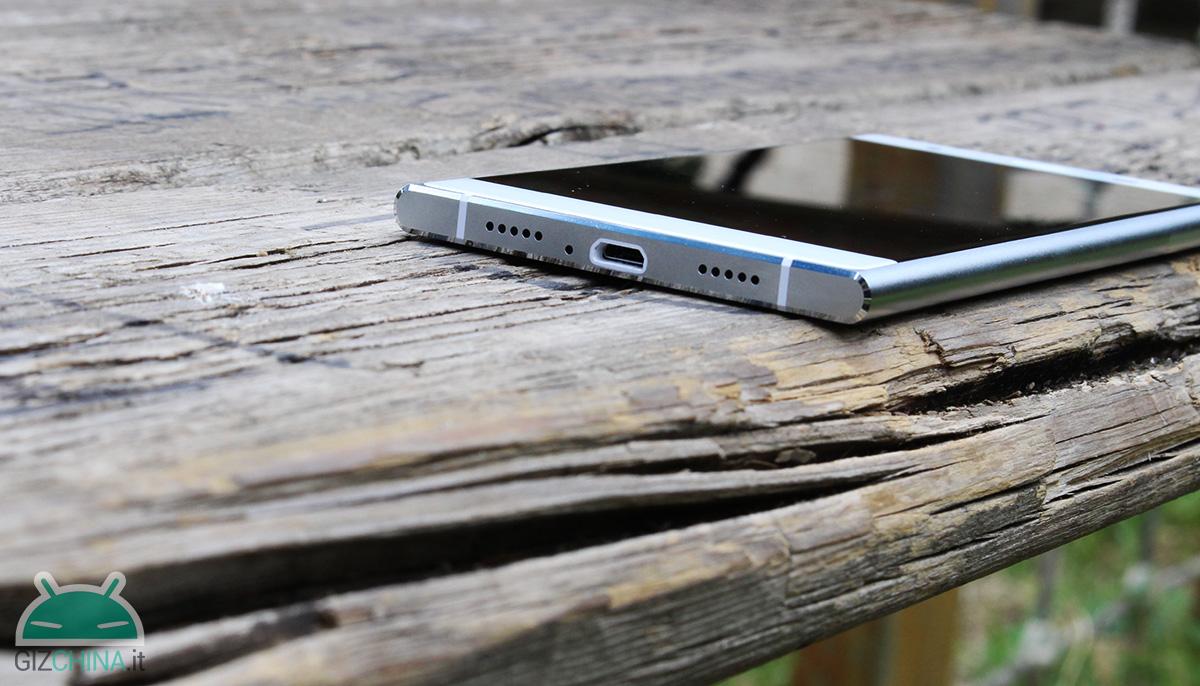 At the bottom, then, we have the micro USB connector in the middle and on the two sides we have the speaker and the main microphone. 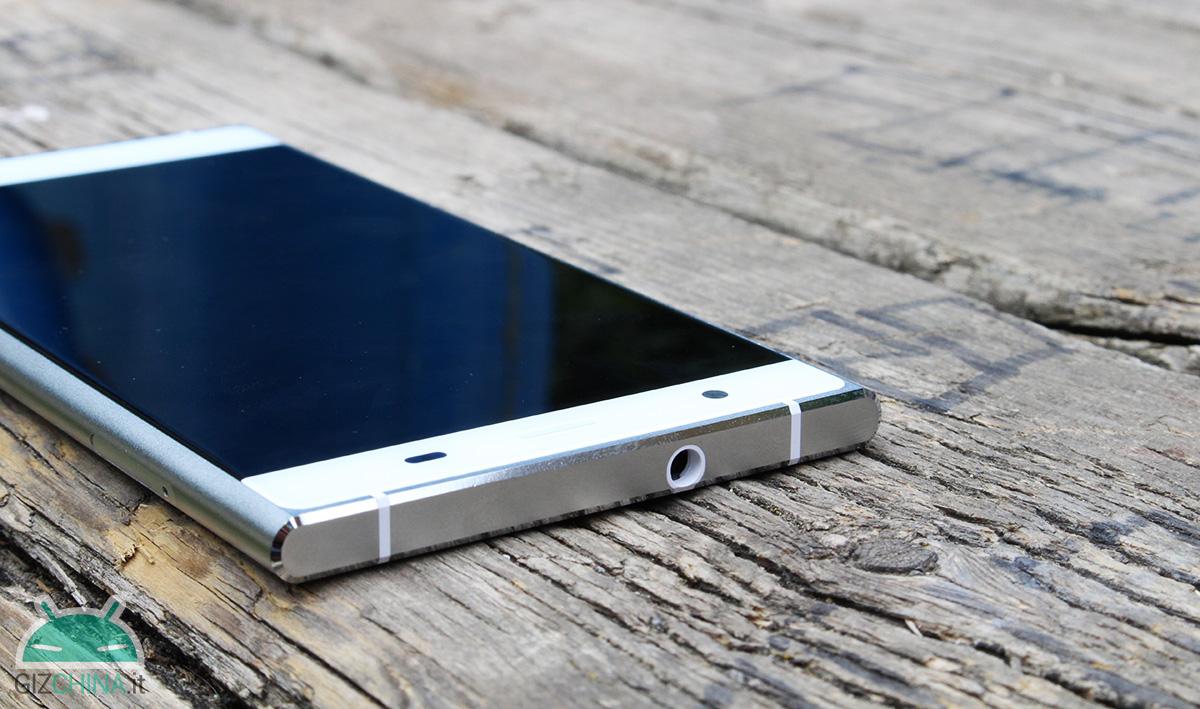 At the top, finally, only the 3.5mm jack for headphones was inserted. 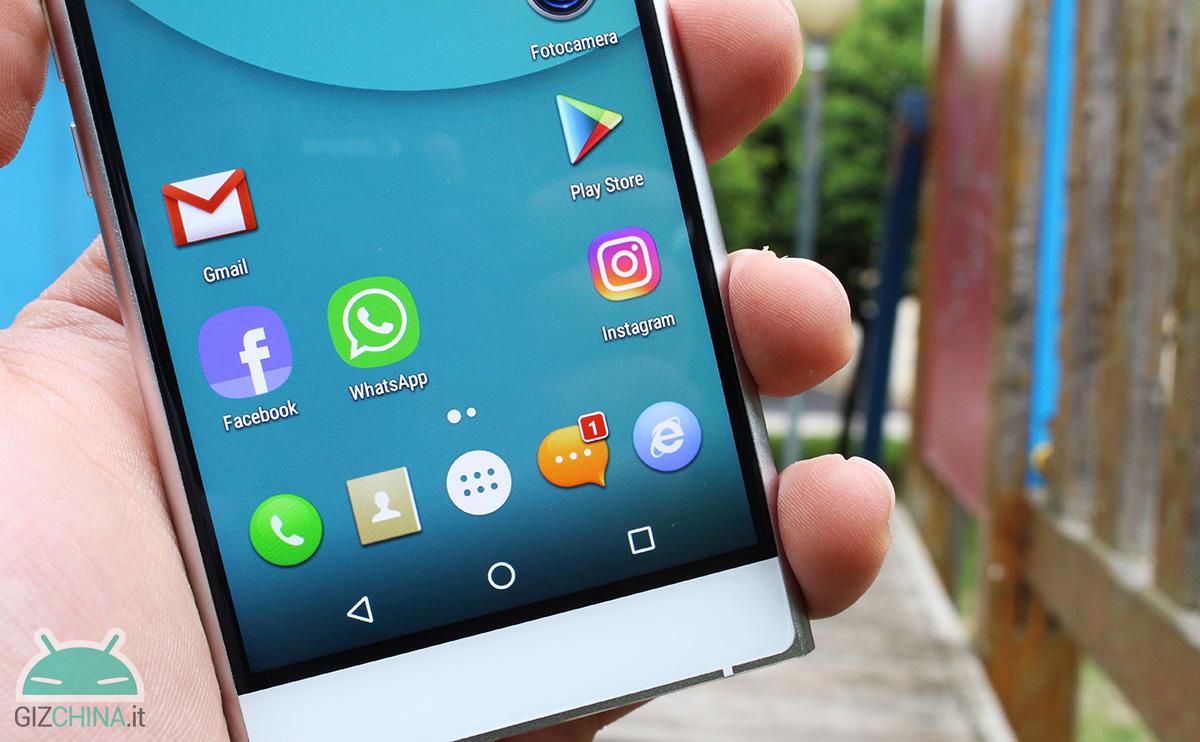 The quality of the display is quite good for the price range within which the device is placed; the quality of the colors and their calibration are average, as well as the maximum brightness that is quite satisfactory even under direct sunlight.

What once again is the perimeter black borders on the display that negatively affect the design of the device.

Doogee Y300 comes with an internal storage from well 32GB that, however, net of pre-installed applications and the operating system, become about 24GB available to the user.

Moreover, a micro SD slot is present to expand the existing internal memory; however, since this is a slot shared with SIM cards, if you insert two SIM cards you lose the ability to expand the memory.

For what concerns, however, the hardware, the new Doogee Y300 presents itself as "one of many" in its own price range, without significant gains or serious shortcomings. The smartphone of DoogeeIn fact, it is moved by a classic processor MediaTek MT6735 to 1.3GHz Quad-Core and 2GB of RAM memory LPDDR3 to 640MHz (frequencies slightly higher than the "classic" 533MHz, but there are no differences in use if not a few points in the benchmarks), and a GPU Mali-T720.

In the use of every day the device was a faithful companion; we have never had particular difficulty in performing the most classic operations, with the exception of video playback which, for obvious reasons, does not support 4K samples (not even FullHD MKVs can be copied into memory).

Il playful video compartment, then, it is quite satisfactory; the device does not fully support the maximum graphic details, but with a medium quality the fps in play are sufficiently high and constant, thus guaranteeing a good gaming experience without too much deprivation in terms of graphics.

Exploration of the Web pagesfinally, it is acceptable; the stock browser sometimes tends to crash inexplicably (although it is quite a phenomenon poco frequent), but overall the user experience is good.

Next, instead, find the results of the benchmarking performed with Doogee Y300.

The speaker supplied to the Doogee Y300, even if the double grid can be misleading, it is actually mono and not stereo; the quality of the sound output is slightly above the sufficiency, while for what concerns the maximum volume we can say that the levels are good, also because of the rather comfortable position in which the speaker is placed.

Doogee Y300 is equipped with a slot that can accommodate two SIM cards (one nano + one micro); reception is average, but internet connectivity, in areas with poco signal, although the latter is graphically available, it is unfortunately not usable.

The quality of the audio in call is slightly subdued at the volume level, while in speakerphone there are no problems; also well-functioning, also Wi-Fi, as well as Bluetooth and GPS. 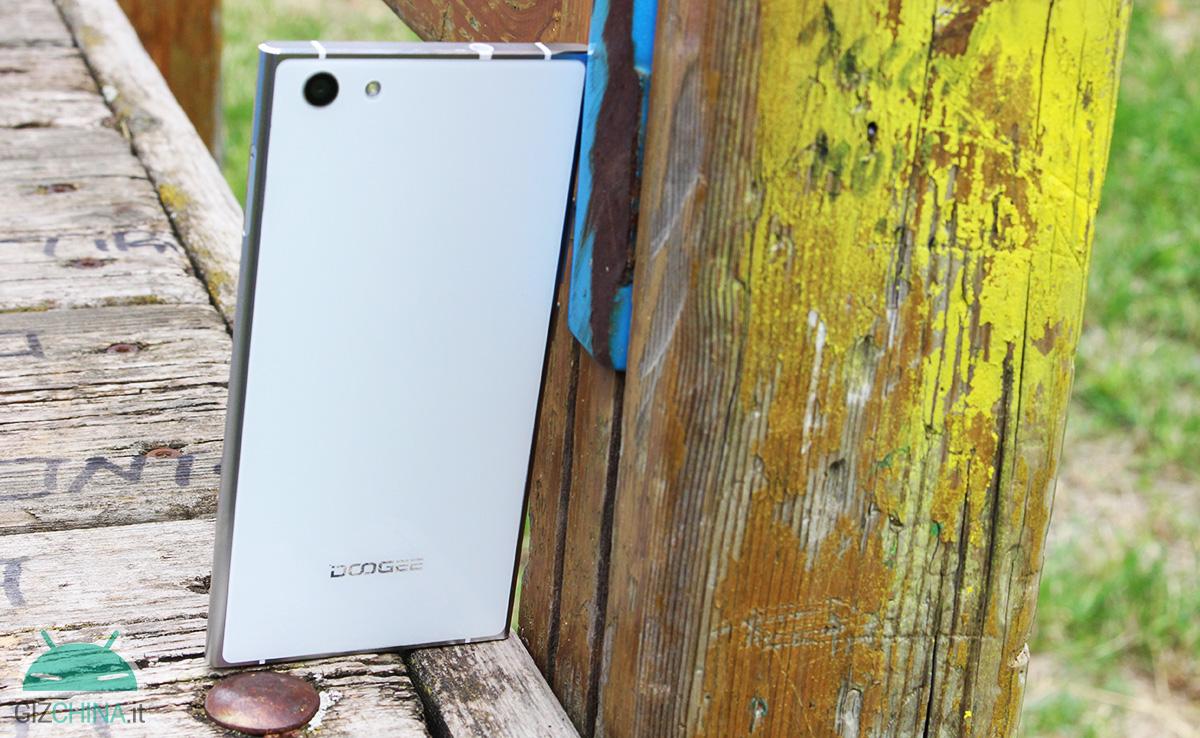 The interface camera it's stock Mediatek, without any special features or additions by Doogee. The quality of the shots, however, leaves slightly to be desired with colors poco real, often mellow, and definately defining details from the low end, like 90% of the other terminals that are placed in this price range.

Equipped with the latest distribution of Android Marshmallow 6.0, Doogee Y300 is the company's first smartphone to switch to the new major release of the green robot; however in the operating system there were no changes compared to the Lollipop base, so nothing Google Now On Tap and nothing Doze, two of the most interesting features of Android 6.

In any case, in terms of optimization, the system runs well, is reactive and fast as well as very light, especially given the absence of any third-party application (even the Google suite is limited to 3 applications only).

One of the least interesting aspects is the battery; Doogee Y300, in fact, has a non-removable battery from 2200 mAh, not very few for the hardware supplied, but not even enough to ensure a day of intense medium use since, with difficulty, you can reach the 3 hours of active screen in about 12 of actual use.

The new device from the Doogee house, therefore, is an interesting device on the constructive front because it effectively marks a step forward for the Chinese company; at the software level and in the usability of every day, then, it is certainly promoted given the performance it can offer.

But, what does it disappoint? No doubt camera and battery are the aspects that most leave a bad taste in the mouth, but for poco more than 100 €, are issues that go slightly into the background.