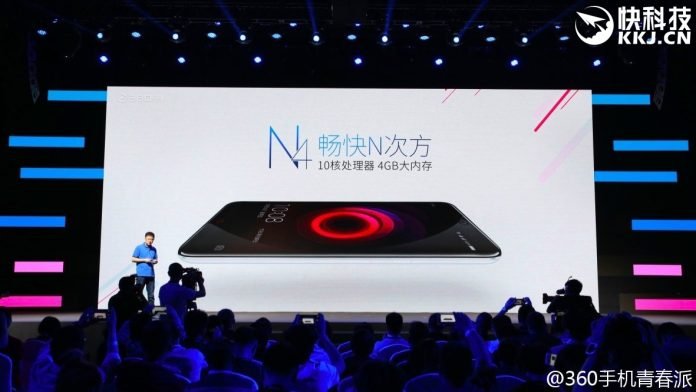 After Meizu PRO 6 and LeEco Le 2 Pro, today a third smartphone was officially equipped with a MediaTek deca-core processor: the 360 N4. The device is considered by 360 as a product made for entertainment and is also the first terminal in the N series that joins the F and Q ranges, already present on the market.

On the N4 we find the processor MediaTek Helio X20, also known as MT6797. The maximum CPU frequency is only up to 2 GHz compared to the standard version which offers a clock frequency up to 2.3 GHz. 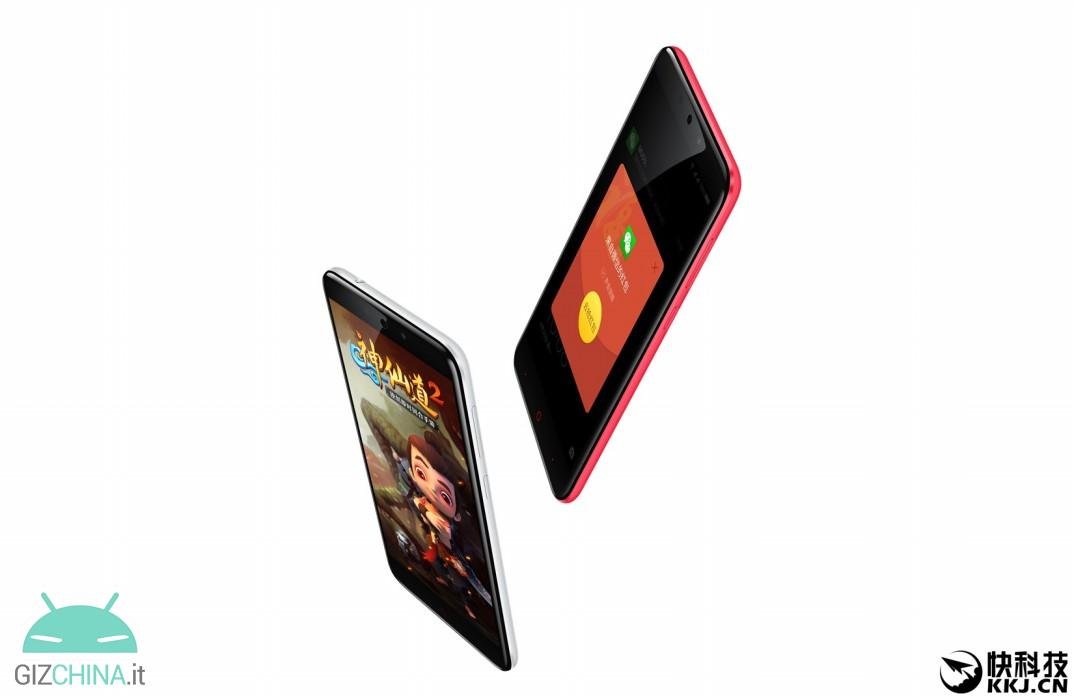 Even the GPU has been limited because we find a speed of only 700 MHz. According to MediaTek, this version of the Helium X20 should be called MT6797M. As for the construction, the 360 N4 features a hand-painted plastic design and a front glass of the 2.5D type.

Il Home button of circular shape is very similar to that adopted by ZTE on the series Nubia. For the rest, we have dimensions of 149x75.7x8.3mm and a weight of 140 g, so it will be quite manageable and compact. The body, with IP67 certification resistant to water and dust, is proposed by 360 in silver, red and yellow.

As for the rest of the technical specifications, there is a Full HD display from 5.5 inches with resolution from 1920 × 1080 pixels e NTSC dell'85% 4 GB of LPDDR3 RAM, 32 GB of internal memory of the eMMC 5.0 type expandable via micro SD up to 128 GB and a 3080 mAh battery with fast charging technology.

The photographic sector has been entrusted to the Sony IMX258 camera from 13 megapixel on the rear with phase detection autofocus, 5P lenses, 2.0 focal aperture and the possibility of record videos in 2K and the secondary from 5 with capture of movies in Full HD and f / 2.0 opening. 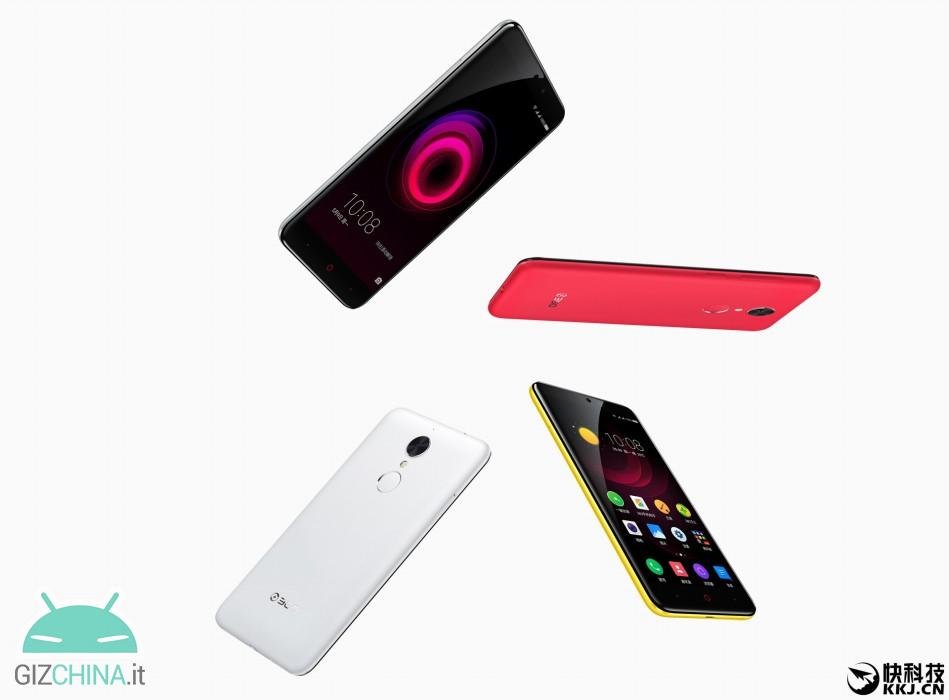 The fingerprint reader, surrounded by a magnesium alloy ring, was placed on the back on the 360 ​​N4 and is also capable of memorizing up to 5 fingerprints and to unlock the device in just 0,4 seconds. In addition to this, the company also revealed that it is possible to make payments, open and block applications, answer and make calls, take pictures and operate on privacy. 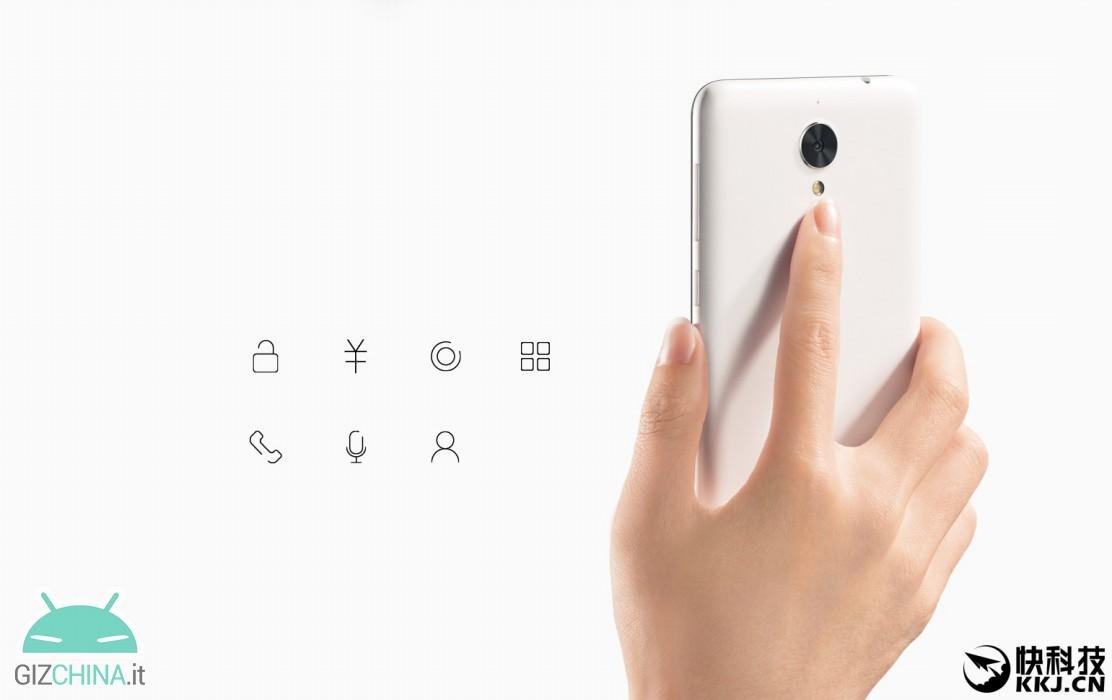 As for connectivity, the 360 N4 has full support for Netcom networks and in addition is able to manage two SIMs thanks to support dual SIM dual standby, in addition to connectivity Wi-Fi ac dual-band ed LTE.

The on-board operating system is the 360 OS 6.0 based on Android Marshmallow. Finally, the 360 N4 will be available at a starting price of 899 yuan (approximately EUR 122) starting today.