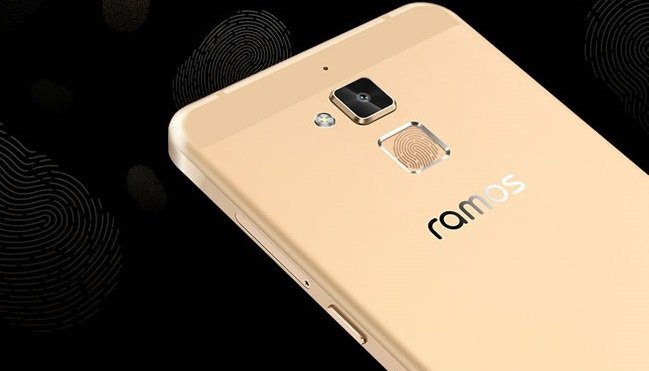 In the past few days, the Chinese manufacturer Ramos has released some teaser images, with which the company has leaked some information about two new smartphones, which it will release shortly: Ramos MOS3 ed R10.

Ramos R10 it's a device mid-range with body completely in metal, a display with glass 2.5D e fingerprint reader.

The device has leaked into a new one teaser image official issued by the Chinese company, which managed to surprise us by revealing a memory envelope RAM from ben 3GB and storage integrated by 32 GB. 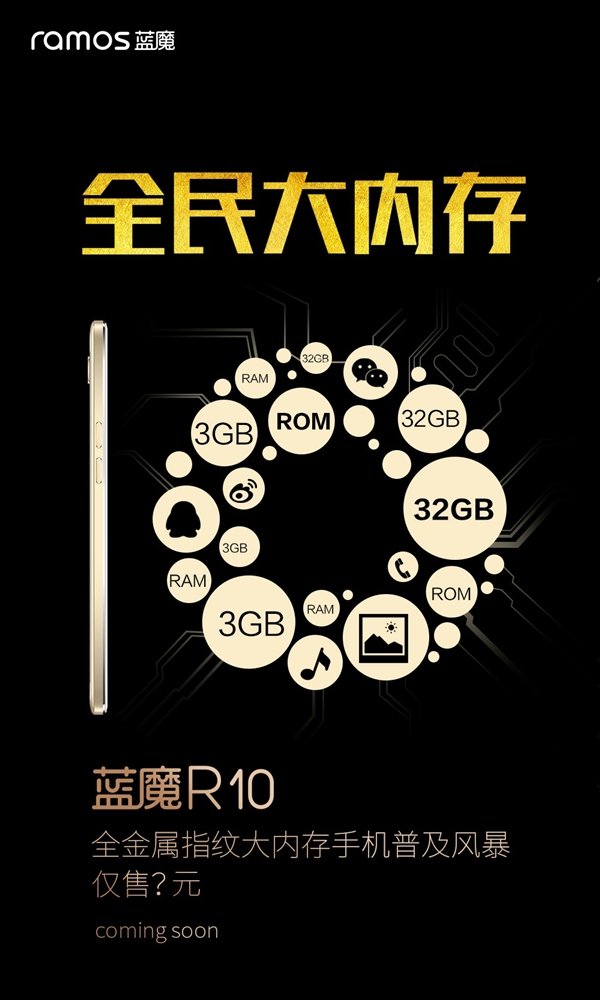 This technical detail greatly enriches the technical data sheet of this device, making it attractive to consumers.

Ramos in fact stated that this smartphone is designed for anyone looking for an affordable phone with a premium design, which suggests that the selling price will not be too high, and this could make it a real best buy.

With 3 GB of RAM memory one could also think of a better configuration than the one leaked so far, which includes one Quad-core CPU Mediatek MT6735. The updated data sheet of the device should therefore be as follows:

They are not available at the moment rumors with regard to the possible sale price at which the Ramos R10, nor information about the time of marketing of the same.
We expect more details in the coming weeks, and an official statement from the manufacturer.