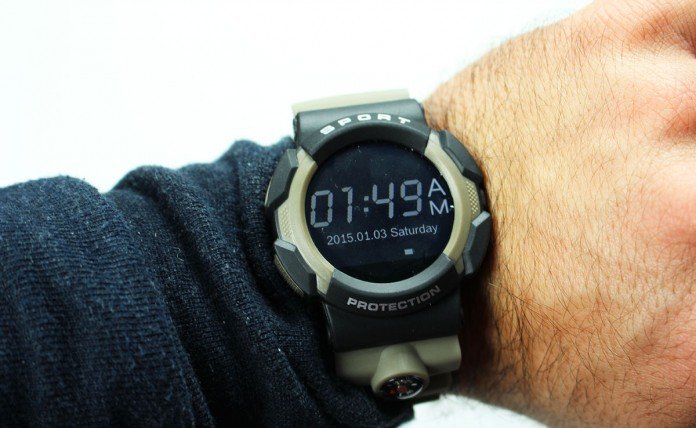 Now of something we are fully convinced, namely that the smartwatch have literally taken hold on our territory (and not only), having expanded a lot and having attracted the attention of many.

And after seeing Elephone W2 in its extreme elegance, today we will talk about it NO.1 A10, smartwatch anything but elegant but dedicated to a user definitely different. Ready to find out with us? 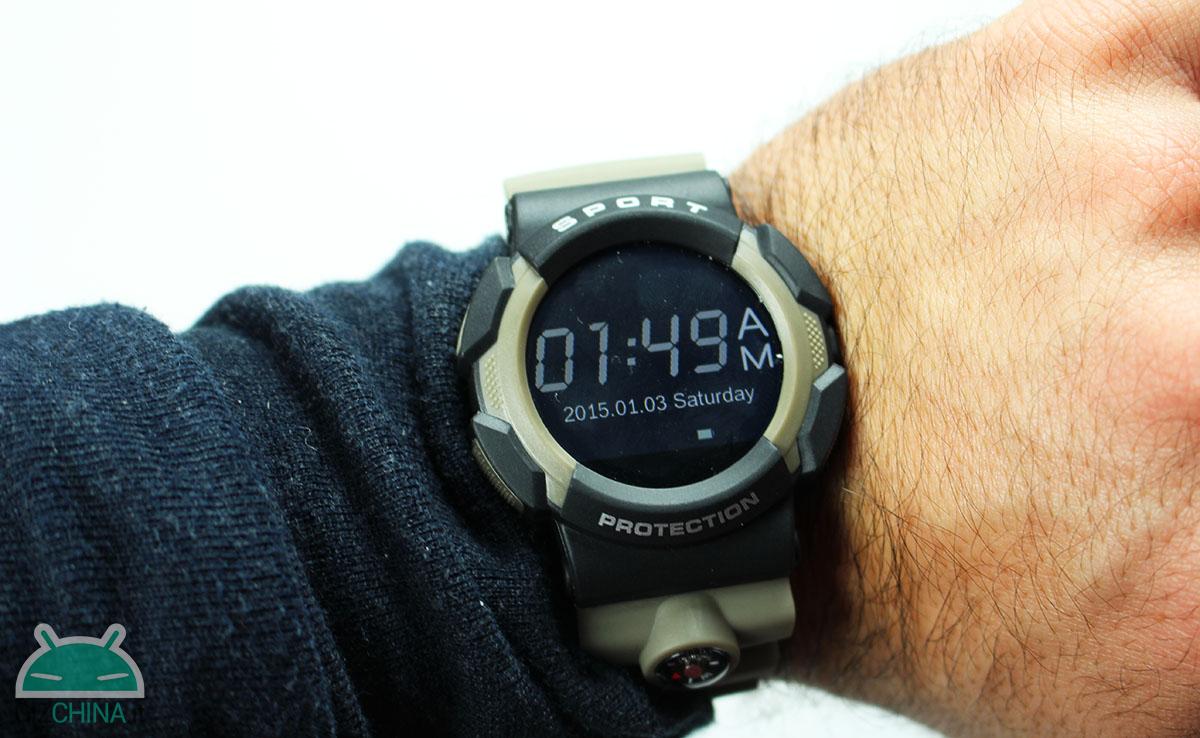 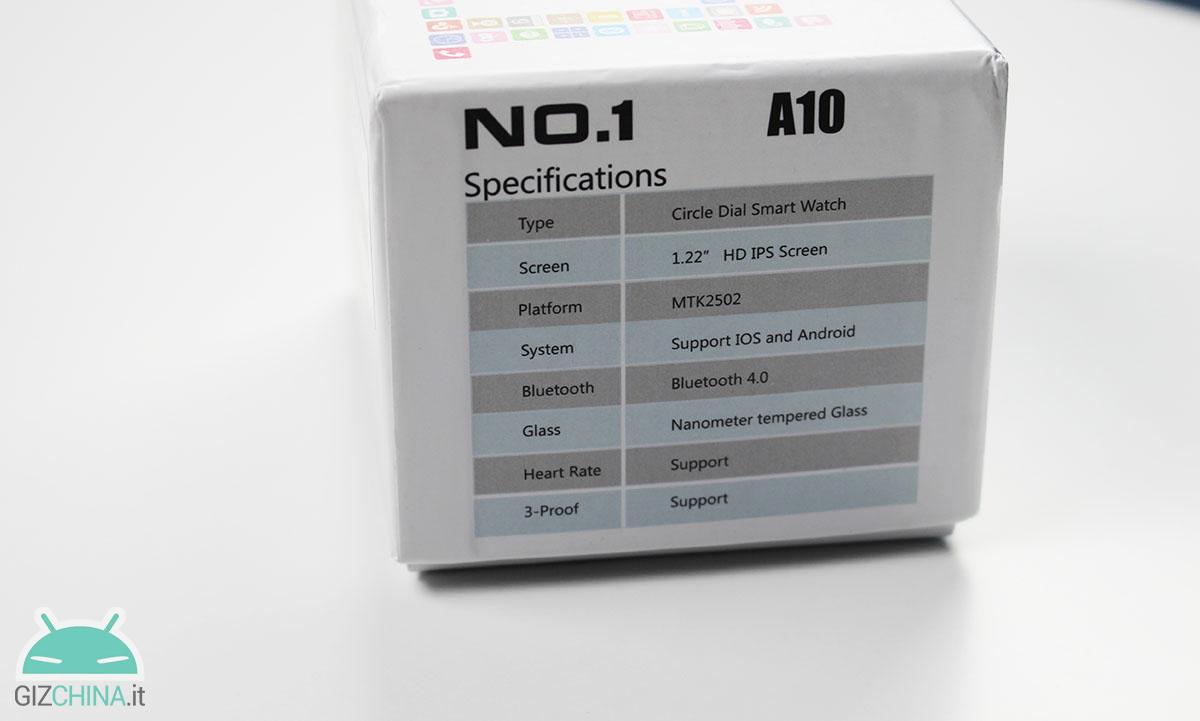 Inside the sales package of NO.1 A10 we find: 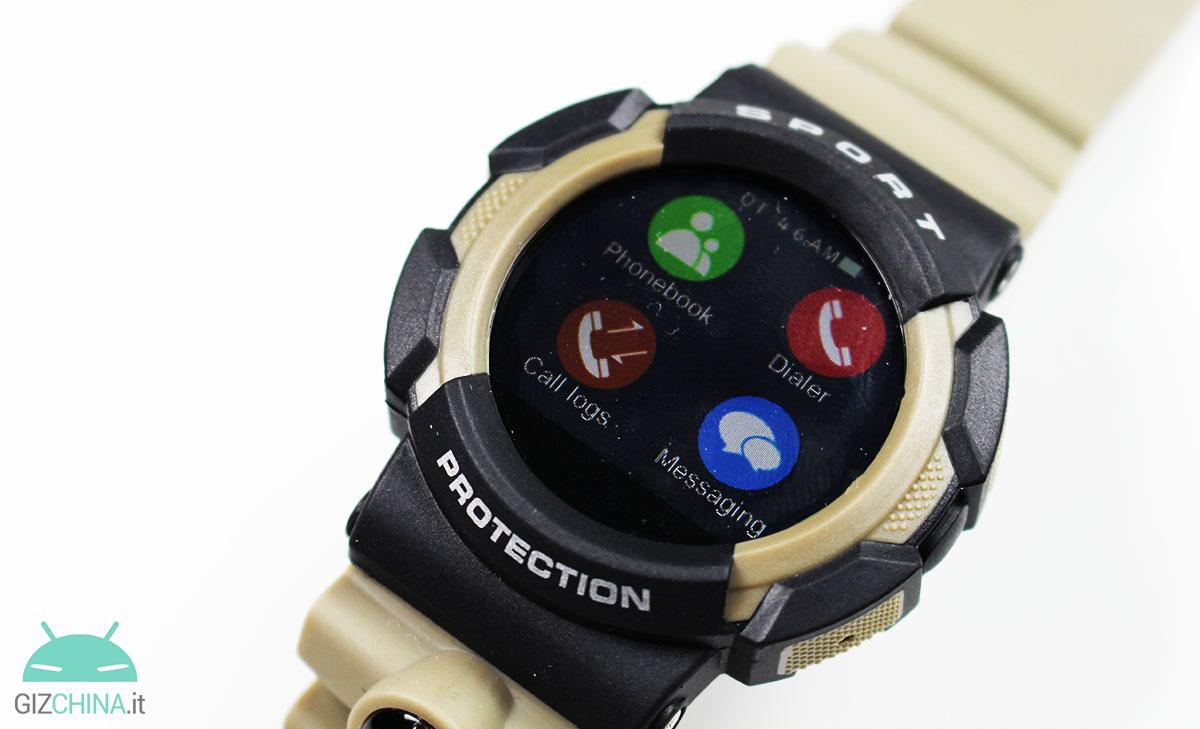 In all respects the NO.1 A10 is a rugged smartwatch able to withstand dust, water and shocks with an extreme ease that actually has also demonstrated during our test days, during which we have submitted to different tests of "resistance" from which, however, it is always left unharmed.

All the clock is made of low-level plastic, which justifies not only the properties related to the resistance, also the reduced weight and the price very much accessible. 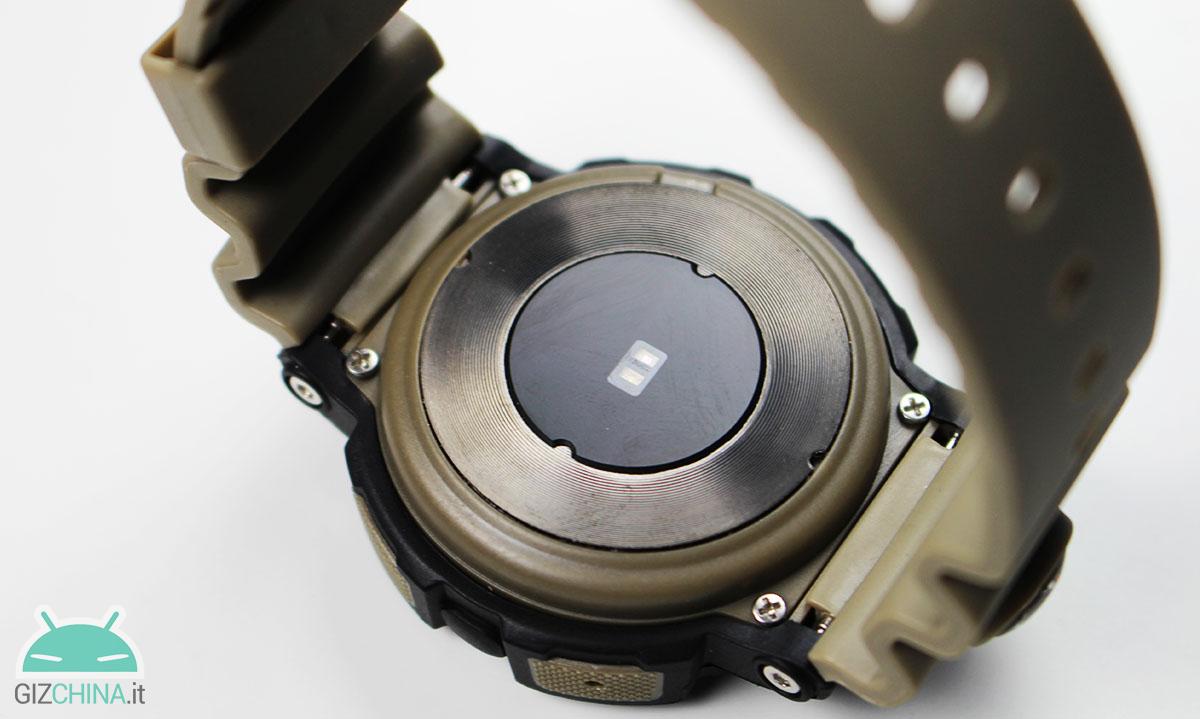 Giving a closer look at the device, we can notice the presence in the lower part that rests on the wrist of an optical sensor for the detection of heart pulsations during sports activities; the counting, as always, is not continuous but you have to start it manually and its accuracy is about 65-70% (using as a yardstick the Mi Band 1S). 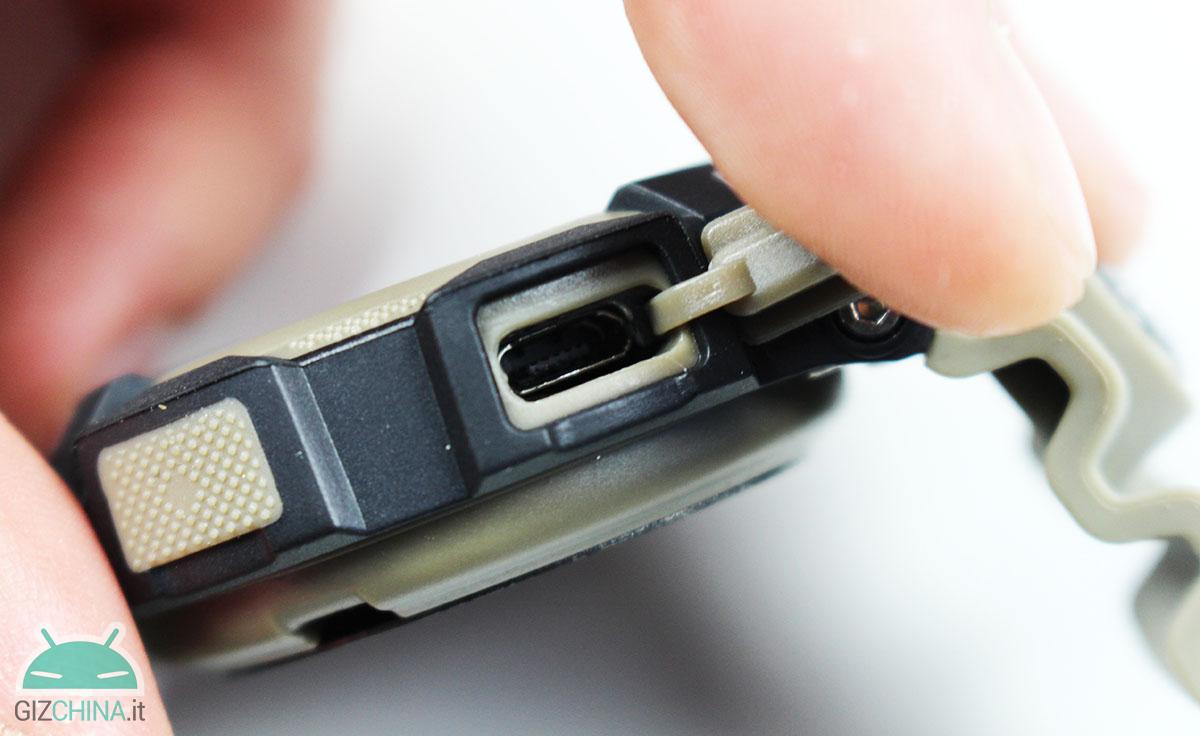 The first few times will be difficult to find, but after careful analysis you will be able to find and access the entrance Micro USB present in the right side part masked by one of the rubber "plugs" (which guarantees the waterproofing of the device). 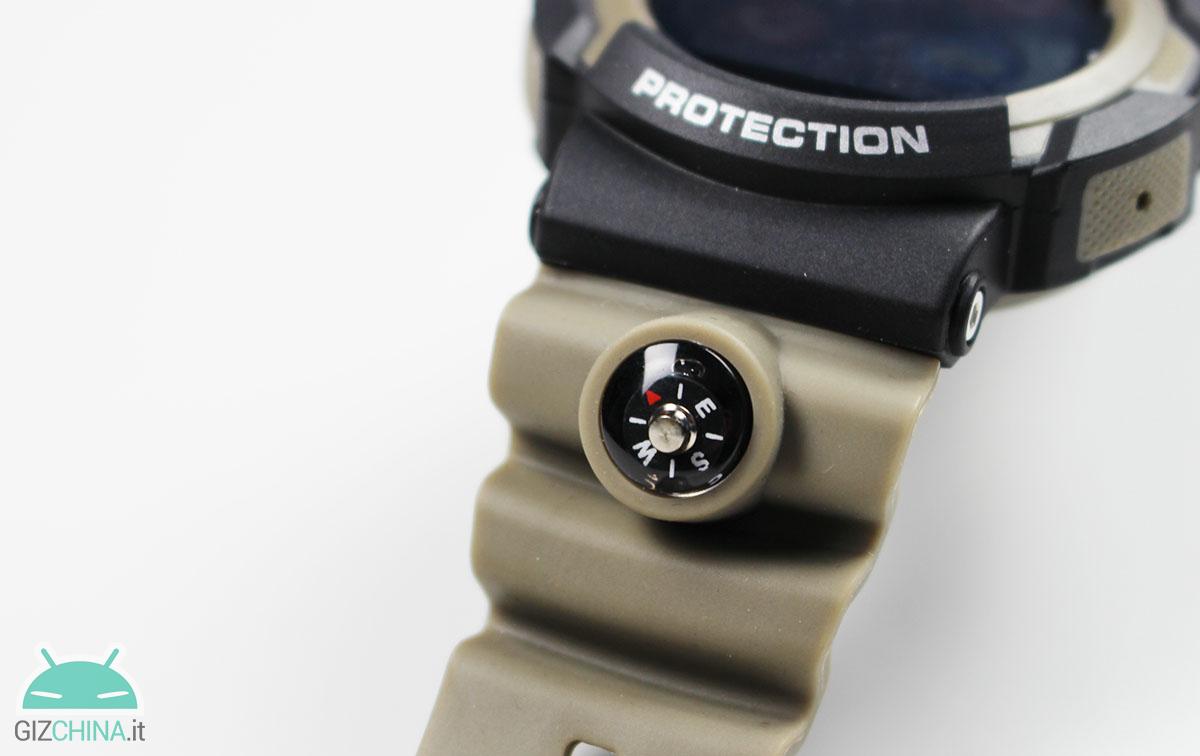 On the decorative level, then, there is also a small compass at the bottom of the device on the strap.

NO.1 A10 - Hardware and performance 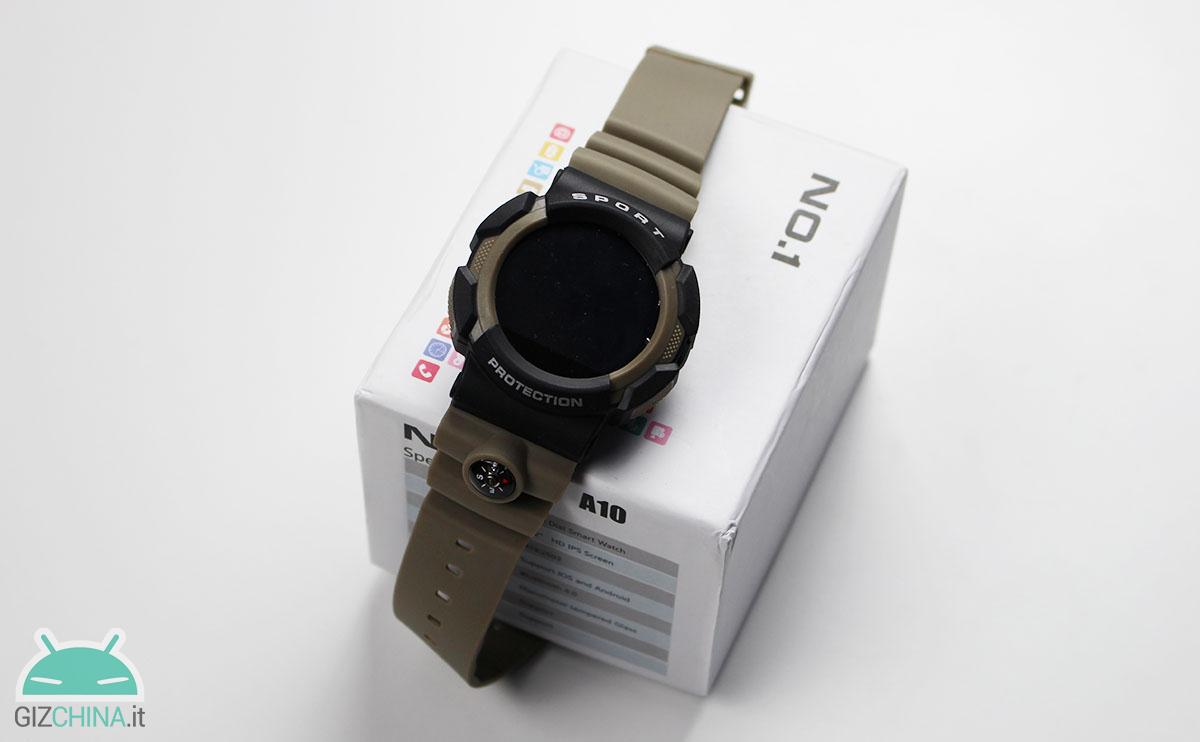 The technical sheet of the NO.1 A10 is anonymous on many points (such as ROM and RAM memory), and this leaves us to understand how presumably they are not the strong points of the device;

Leaving aside the data relating to the technical data sheet, often of poco I count on devices like this, we can say that in everyday use NO.1 A10 he was a faithful traveling companion, albeit with some small faults that, in the long run, can create some minor annoyance, like only partial Italian translation.

Also within the device there are some other interesting features, if only they worked; the Chinese manufacturer, in fact, has implemented two applications that allow, the first to monitor body temperature (whose values ​​returned after analysis are definitely unpacked, and pass from 37 to 42 degrees in no time) and the another to measure the UV rays, even this decidedly poorly calibrated.

In any case, the device interfaces with both iOS that with Android with an application that, unlike many other products analyzed, turns out to be very colorful and well finished, albeit with translations that, as usual, leave something to be desired.

The battery in this device is a unit from 300 mAh only which, however, in everyday use have proved to be sufficient, provided you do not make a very intensive use of the device, and not receive hundreds of notifications that would send the battery dramatically KO.

NO.1 A10 - Final considerations

NO.1 A10, in short, it is a well made product but with some aspects poco interesting that makes us desist from recommending it; first of all we were not convinced by the materials used (which, however, are the most suitable for this “rugged” category of products), the software is slightly immature and the sensations during use on the wrist are not convincing.