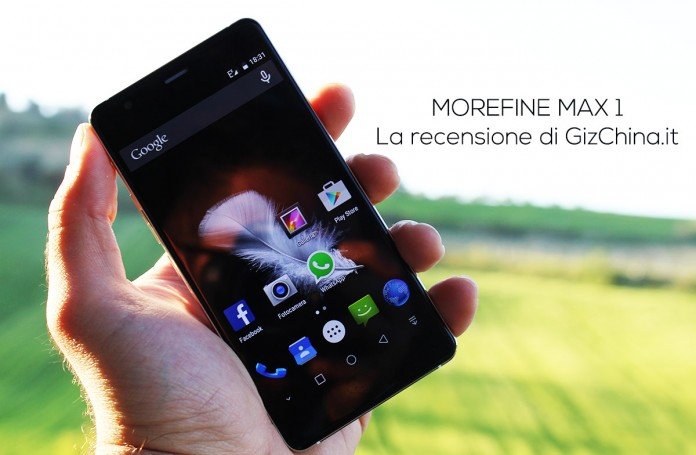 Usually the low end of the smartphone market is full of devices that, in one way or another, do not convince especially at the aesthetic level where the materials used and the design, often, leave much to be desired.

Fortunately, however, there are exceptions that deny the rules and Morefine Max1 it is the example: poco more than 100 euros on the Chinese market, body in glass and aluminum and a good software optimization. Will he have us convinced? Let's find out more closely. 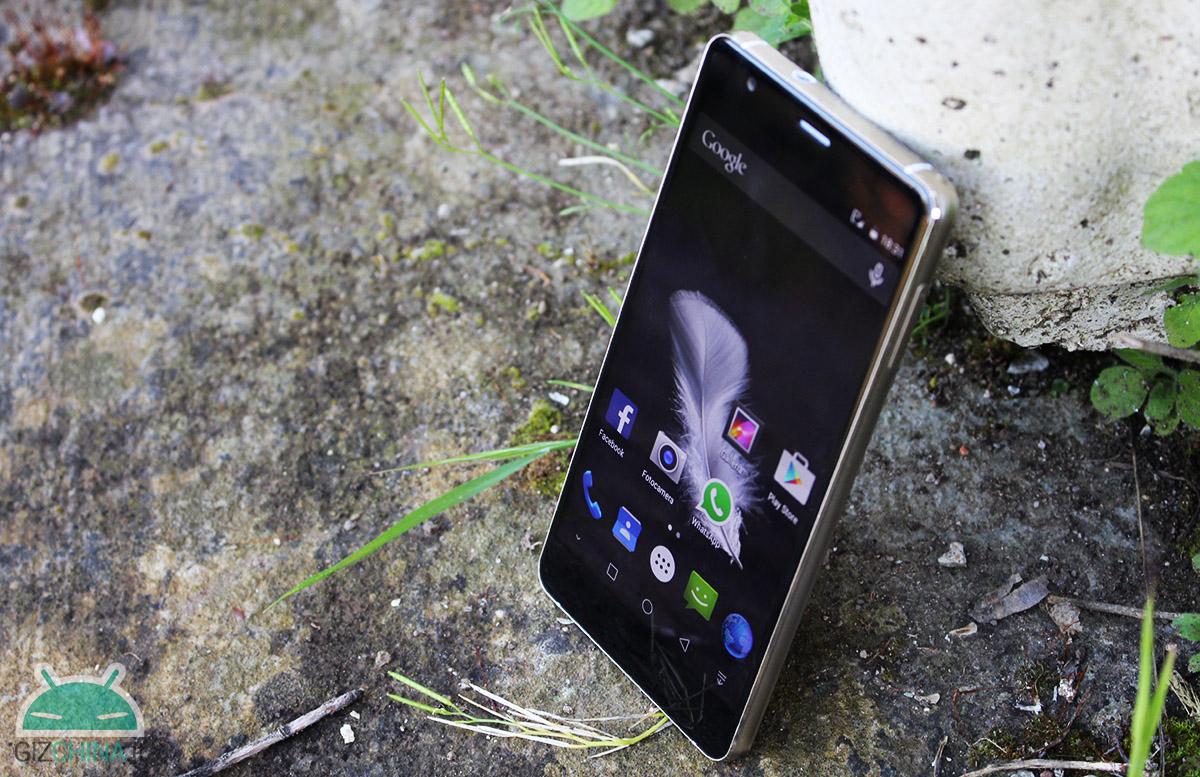 For the purchase of the Morefine Max1 we invite you to visit the appropriate page with recommended shops. 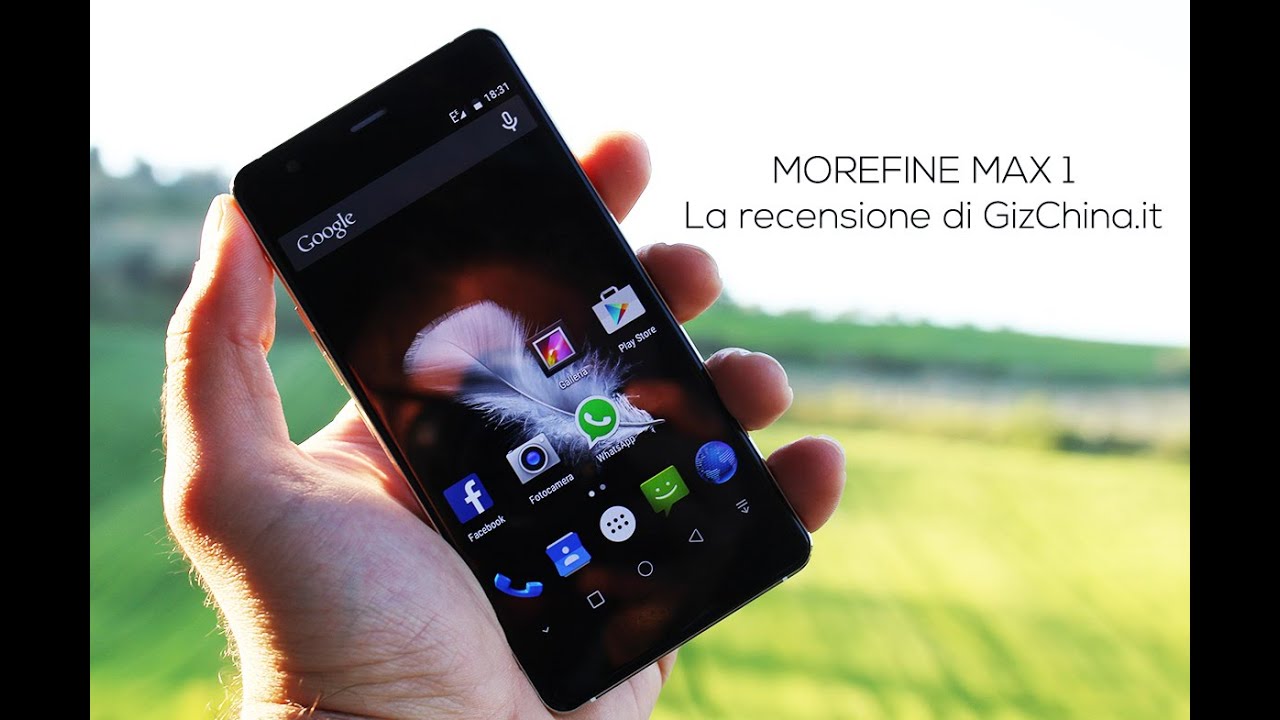 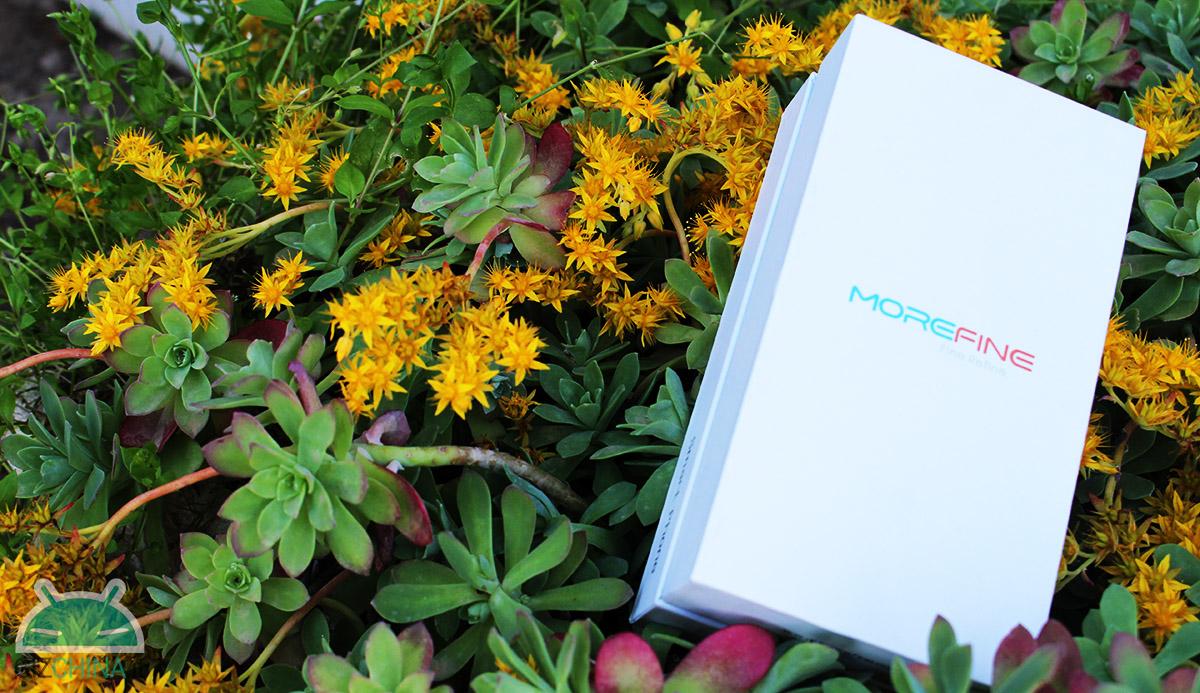 within the sales box of the Morefine Max1, we can find: 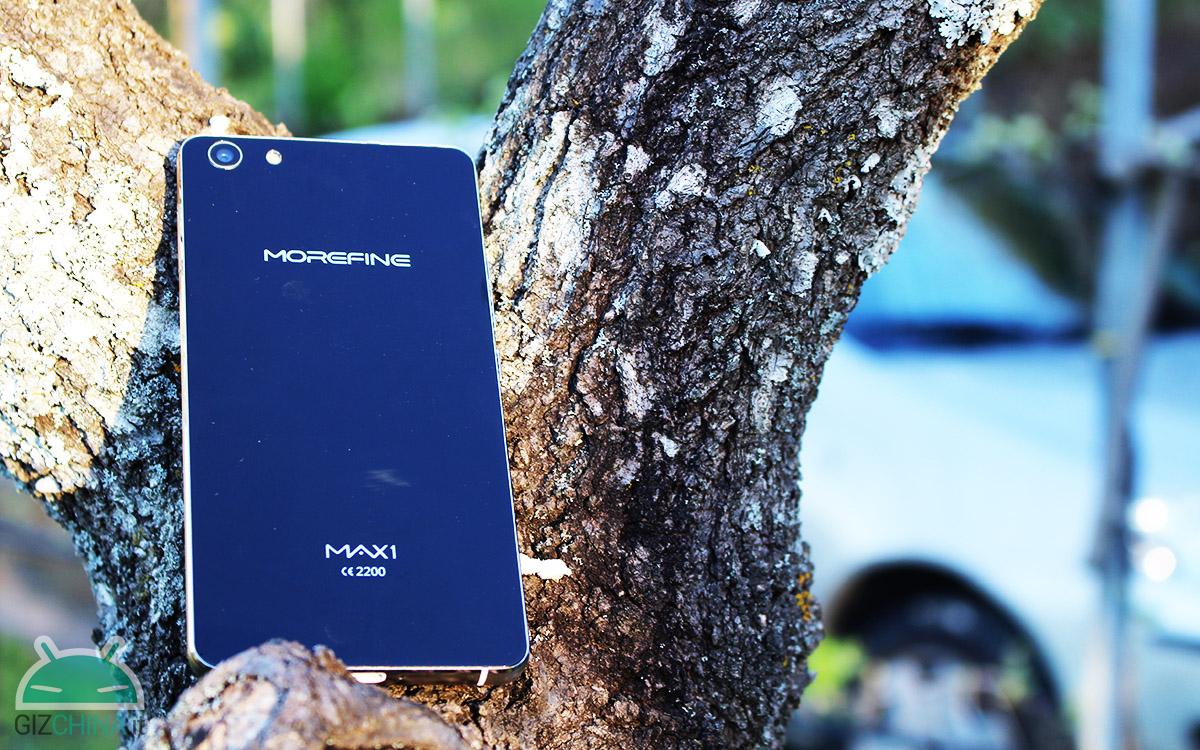 One of the aspects that distinguish it from the competition and that make some points in the report card to this smartphone is the design itself. Inspired by summaries to the lines seen iniPhone 4S, Morefine Max1 is made entirely of glass in the back cover and aluminum along the perimeter frame.

I construction materials are average, although unfortunately both the rear glass and the front one have not been subjected to a good oleophobic treatment, since they retain many fingerprints that go away only with a cleaning cloth (maybe those that are used to clean eyeglasses ) but not with simple clothes.

However theergonomics is good, even if the device is slightly slippery and, if not used with the cover, could get out of hand; in any case, the dimensions are equal to 137.6 x 68.5 x 7.15 for 135 grams, really light to hold in your hand and almost imperceptible if kept in your pocket.

Below, however, you will find the layout of the buttons and inputs on the Morefine Max1. 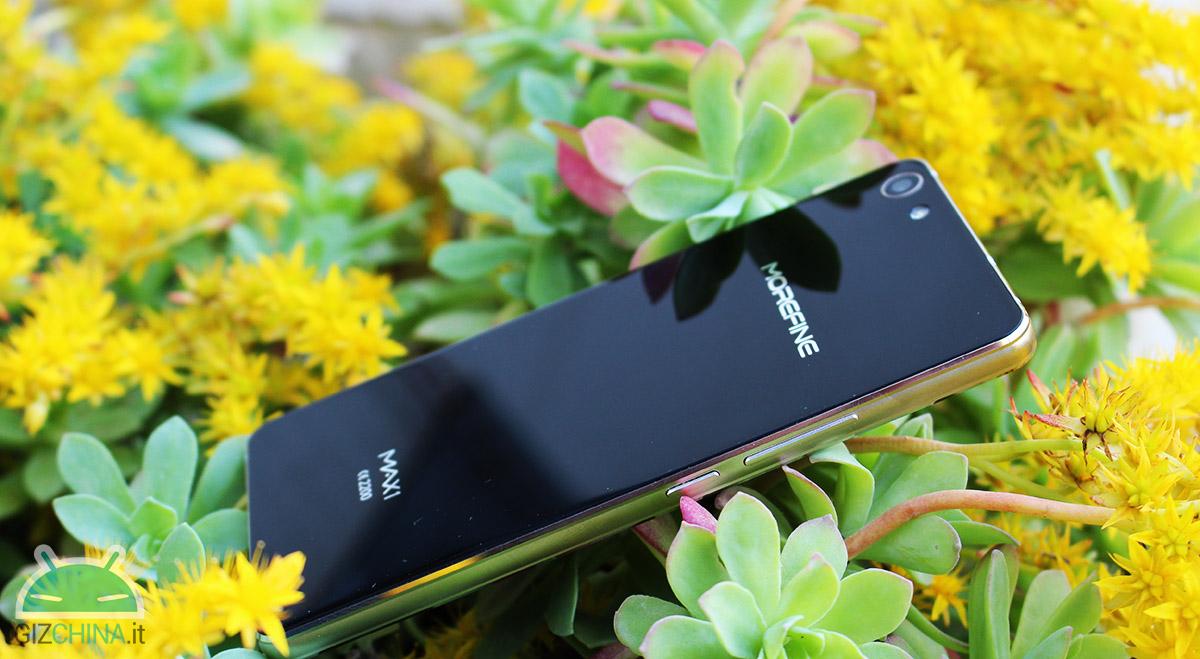 Starting from the left side, we find the rocker arm for adjusting the volume next to the power button, lock and turn off. 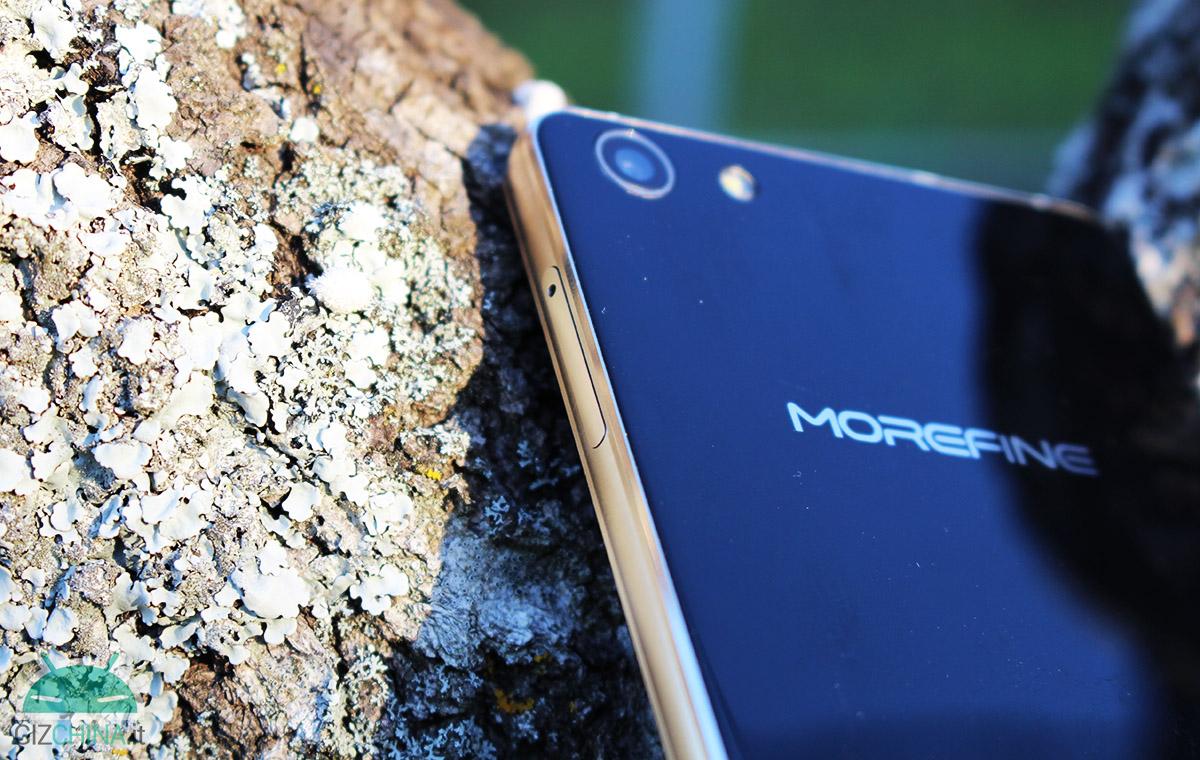 On the right side, however, the manufacturer has inserted only the SIM slot. 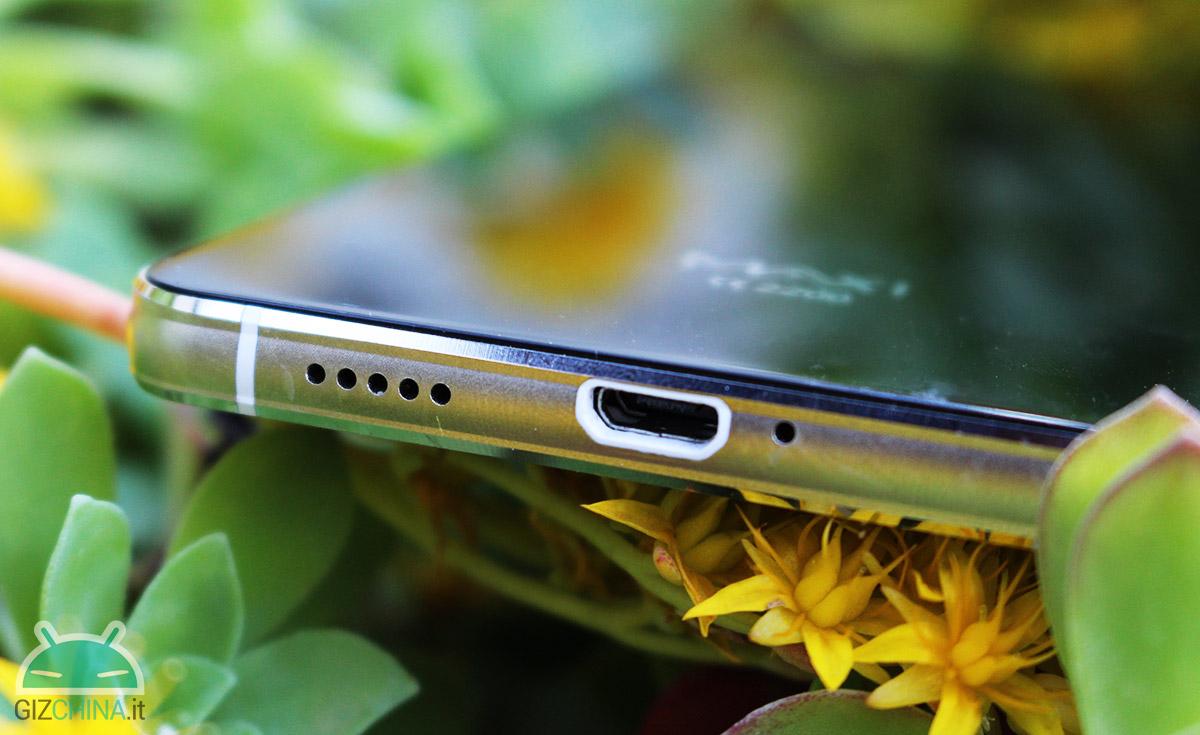 At the bottom we have, then, the main microphone followed by the micro USB connector and the speaker. 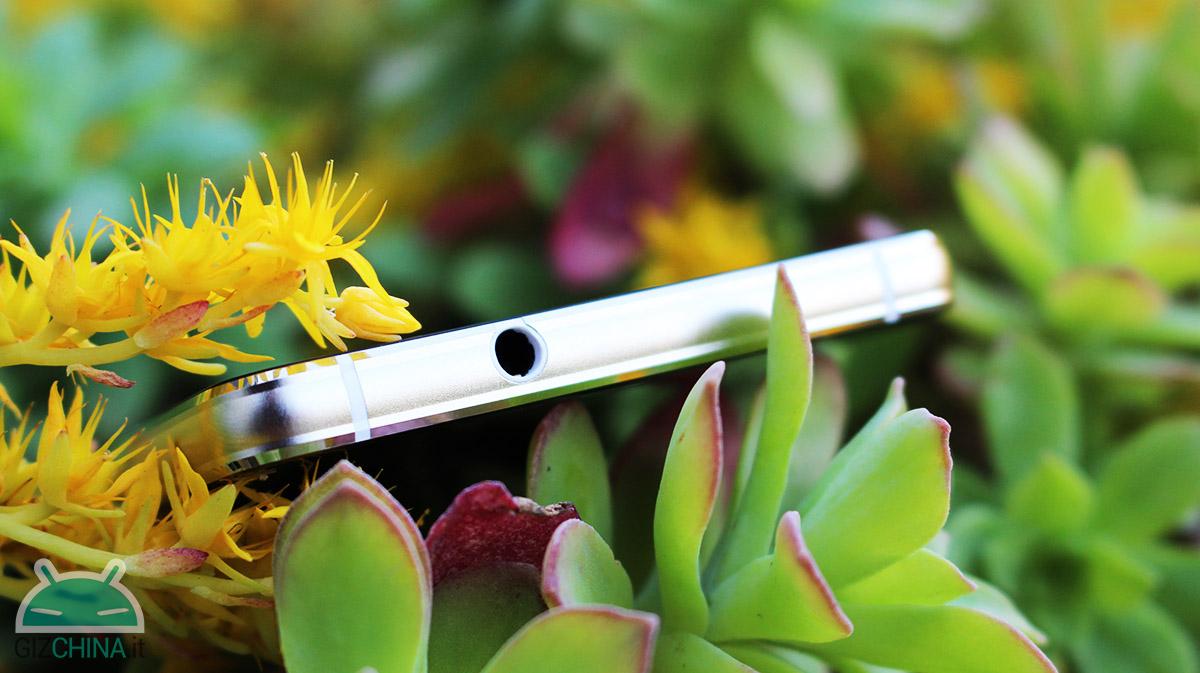 At the top, finally, there is only the 3.5mm jack for headphones. 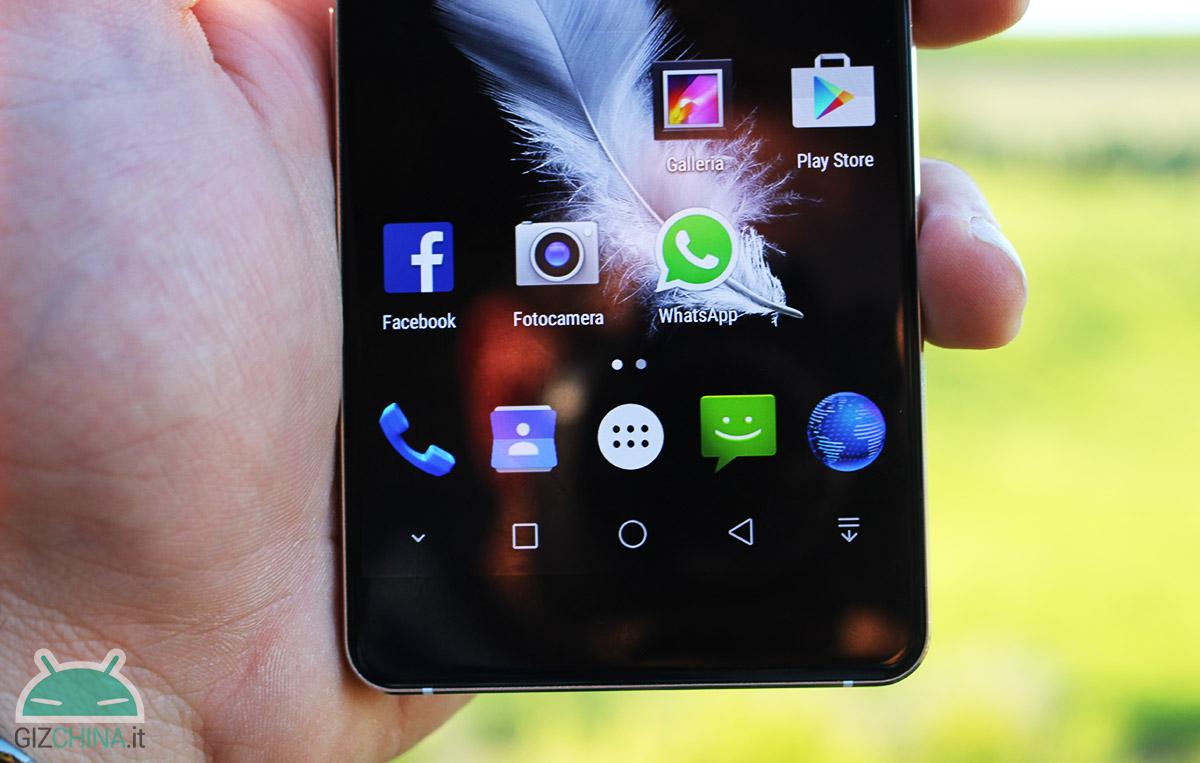 The display of which Morefine Max1 is equipped with a HD 1280 x 720 pixel IPS LCD to 294 PPI with a diagonal equal to 5 inches, a very well-optimized size if one considers to be in front of a device with almost no side frames.

However, by analyzing the screen more closely we can see the gods neri very deep, and a rather convincing color calibration; on the contrary, instead, it does not convince the maximum brightness of the panel that, under the solar exposure, shows more than some difficulties in the display of contents.

Another negative aspect, moreover, is the oleophobic treatment of the screen that holds a lot of prints; probably a tempered glass film could solve the problem, assuming that you can find it in circulation for this model.

Morefine Max1 is equipped with well 16 GB of internal storage of which, net of system applications, we have available for the storage of personal data and applications about 12.21 GB.

All this, if necessary, can be expanded via a micro SD card which, however, can only be used if you use the smartphone with only one SIM since the slot is shared and can not accommodate three cards at the same time.

Now of data sheets like this one Morefine Max1 we have analyzed hundreds of them on our portal, also because most of the devices in the same price range share the same hardware.

The hardware, in this case, is not extremely powerful but with the right software optimization it is possible to have very good performances; this is the case of the Morefine Max1 which, in everyday use, did not disappoint us that much.

In web browsing with the stock browser the device is fluid and responsive, although as usual it is better to use Google Chrome. Video playback, on the other hand, has no problem with FullHD movies in both MKV and MP4, while 4Ks are not supported.

Gaming with Asphalt 8 it is slightly above sufficiency; the quality of the graphic details is good, but the framerate, although constant, is not very high and sporadically we can notice the micro lag that, in the long run, can be annoying.

Next, instead, you find all the benchmarking executed with the Morefine Max1.

If the placement of this speaker he had let us start with good intentions, unfortunately we were disappointed in the actual field tests. In fact, in the various test pieces used, the device emphasizes the high frequencies very much, giving back a completely bass-free sound which, on the whole, causes the speaker to lose points.

Not even the aspect relative to the volume, then, is satisfactory; in short, the speaker is certainly not the strong point of the Morefine Max1.

Morefine Max1 comes with one SIM slot able to accommodate two cards, one in micro format and the other in Nano format; the device supports all frequencies for LTE, including the fateful 20 band.

The reception is average, the switches are good and the quality of the audio on call is good. In addition, also the Wi-Fi that is very fast in data transfers. No problem to highlight with bluetooth and GPS.

Equipped with a camera from 8 mega-pixels with CMOS sensor, the Morefine Max1 is certainly not an ace in this respect, like many of its colleagues in the same price range. The anterior chamber, then, is alone 2 mega-pixels; the camera interface is the stock of Mediatek and the manufacturer has not included any customization to make the device's room more appealing.

However, the Scatti made on the edge of the enough with even mediocre quality when the lighting conditions are good, while at night, as usual, the shots appear to be pasty and poco defined, with a flash that is there but isn't there. 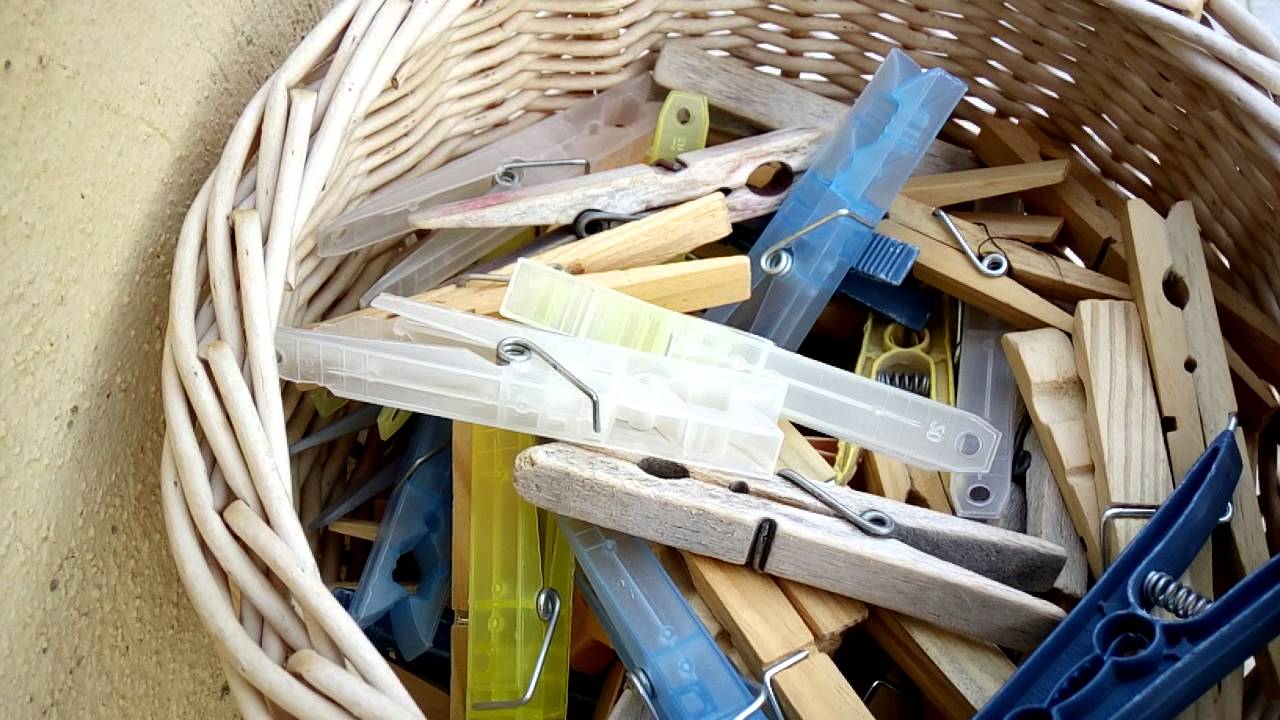 At the software level the Morefine Max1 It is equipped with a ROM based on Android Lollipop 5.1, which comes with a Pure Google graphics, without any kind of customization by the Chinese manufacturer, which has not included neither modified launcher nor additional features. One could say just one Android how Google did it!

However, optimization seems to be good in using every day; the smartphone is free of blocks, slowdowns, lag therefore it has been absolutely promoted in the test days.

Appearance without anything more disappointing is the battery; to be so thin and light there had to be necessarily some aspect "neglected" and once again, unfortunately, everything falls on the battery which is a unit on its own 2150 mAh that, in daily use, absolutely does not allow to cover a day of intense use.

Taking into consideration a fatigue stressful use we arrive at 16 hours starting from 8 in the morning (with about 3 hours of active screen); if you use the device in a more bland no doubt you cover the day, but considering the charging time rather long (with the charger from 1A supplied), for those who work with the smartphone is certainly not recommended.

Morefine Max1 is sold to poco more than 100 € and considering the performance that it can offer, the final choice can be mainly influenced by the fact that the battery is insufficient during the use of every day, which is why many could leave on the shelf this device that overall has also convinced us, obtaining some not bad performance with an appealing design.

For the purchase of the Morefine Max1 we invite you to visit the appropriate page with recommended shops.