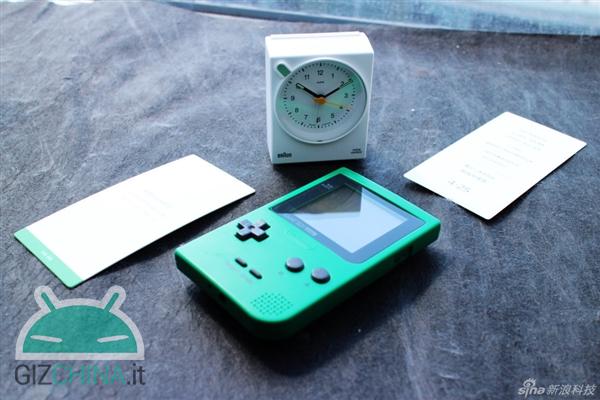 Il 25th April the Chinese manufacturer Meizu will officially announce its new low-cost terminal, Meizu M3 that will inherit the great success obtained by Meizu M2 during the last year.

According to what was leaked today, the Meizu M3 it could be moved by the processor octa-core Mediatek MT6750 with clock a 1.0 GHz. 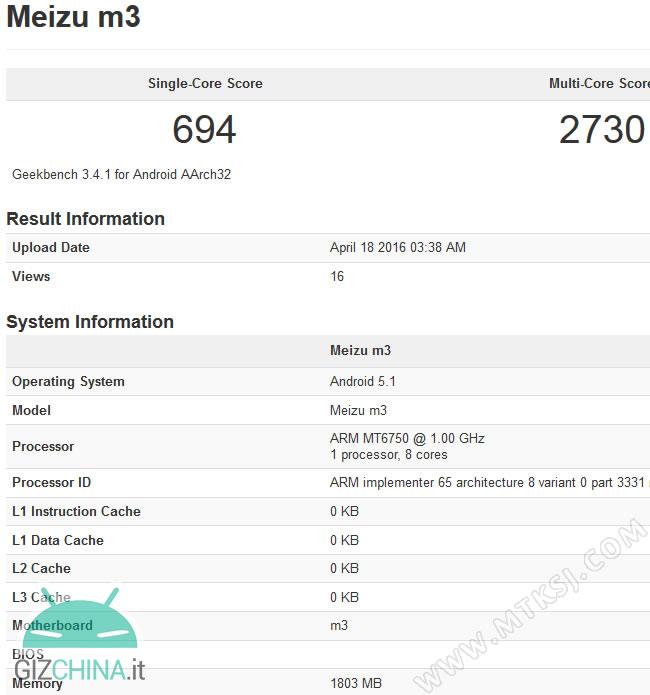 This indiscretion comes from a benchmark test recorded yesterday in the database of GeekBench where the device has registered 694 points in the single core test e 2730 points in the multi-core test.

Other information on the data sheet of the device, however, have been leaked thanks to a Antutu Benchmark. 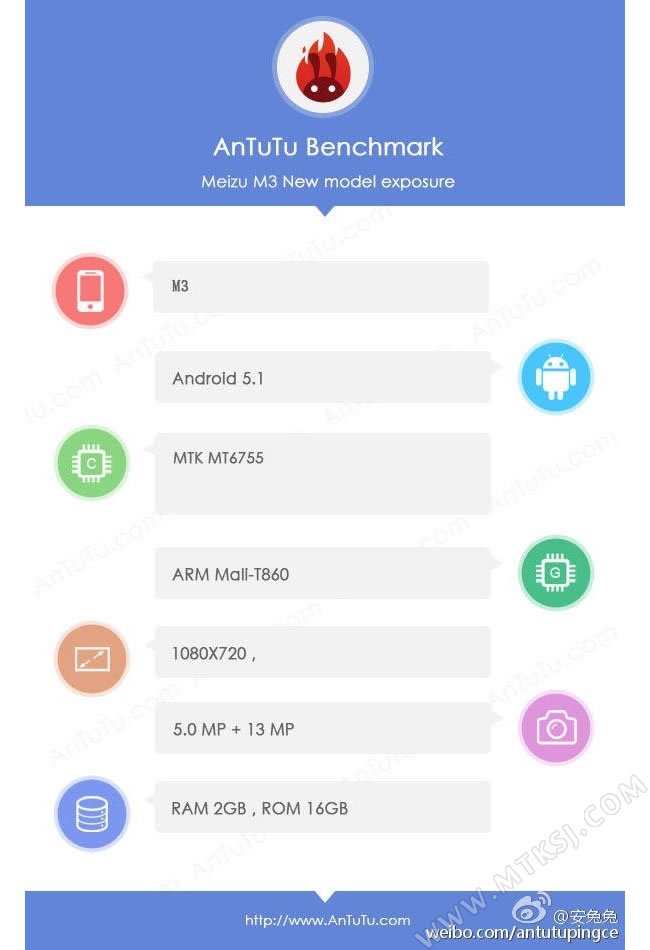 The technical data sheet of the device should therefore be as follows:

A rather interesting data sheet that if combined with an aggressive price could certainly make this device a best-buy for this 2016.

We leave you with our preview of Meizu M3 Notes of which we will propose in the afternoon our full review:

What do you think of the Meizu M3? Would you consider buying this device?