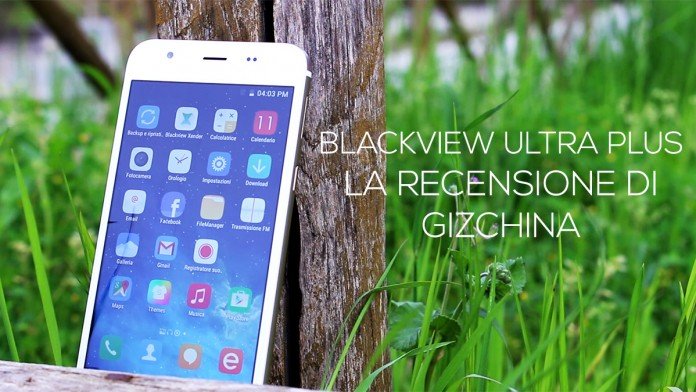 That the Chinese were excellent imitators of products already on the market was known for some time, as was also known that theiPhone and in general Apple products were the most desirable products to imitate given their fame all over the world.

Blackview Ultra Plus he was our traveling companion in the last days, and among the particular signs on his identity card we find "net resemblance with iPhone 6S Plus", device that tries to imitate in all respects.

Blackview Ultra Plus is available on TomTop at the price of 116 €.

Blackview Ultra Plus, our review 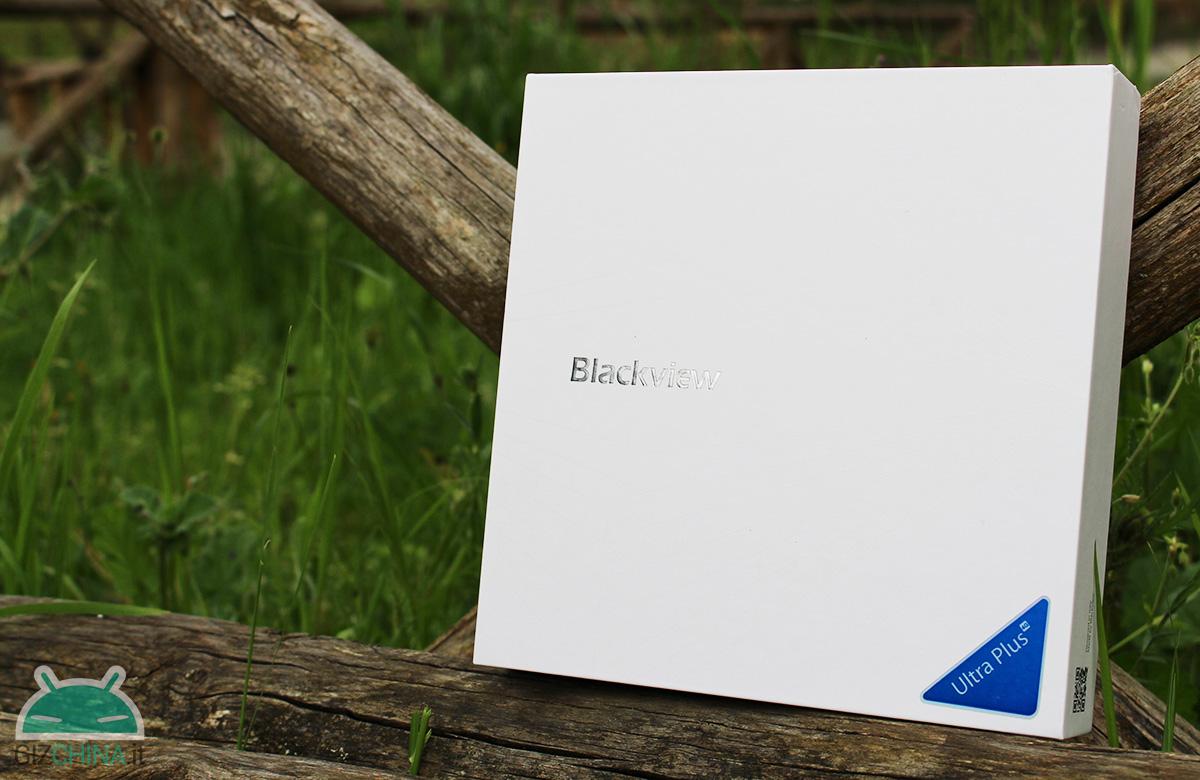 Another aspect in which i Chinese they amaze us very often is the care of the sales package that in this model, albeit decisively low-cost, appears to be well supplied; inside, in fact, we find:

Blackview Ultra Plus - Design and materials 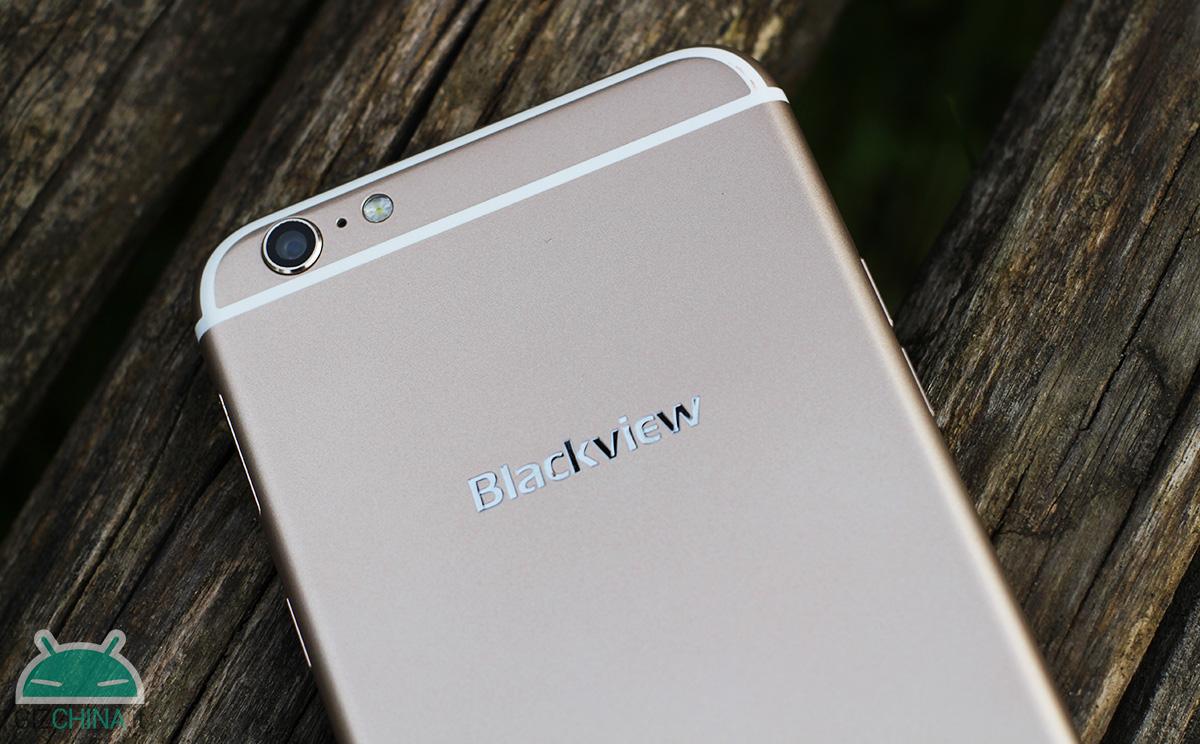 What is immediately noticeable is the unrivaled resemblance to the home phablet Apple, but these assonances in the design completely vanish if you put the two devices next to each other and you notice the sensations that the two smartphones can give us.

Blackview Ultra Plus, in fact, as it wants to resemble the iPhone, but uses the construction materials very economic, low quality plastic and not excellent finishes, with slightly dancers buttons and unfortunately neglected small details.

The dimensions of the Blackview Ultra Plus they are equal to 158 78.6 x x 7.8mm for 177 grams of weight that, all in all, are well balanced and thanks to the materials used are not so "annoying" during use.

L'ergonomicson the whole, he did not amaze us; just like 6S iPhone Plus even his "clone" does not allow you to get with your thumb from one corner to another and, among other things, is devoid of any mode of use with one hand, which is why often you encounter difficulties in use.

Following this, however, you find the button layout and the inputs on the Blackview Ultra Plus. 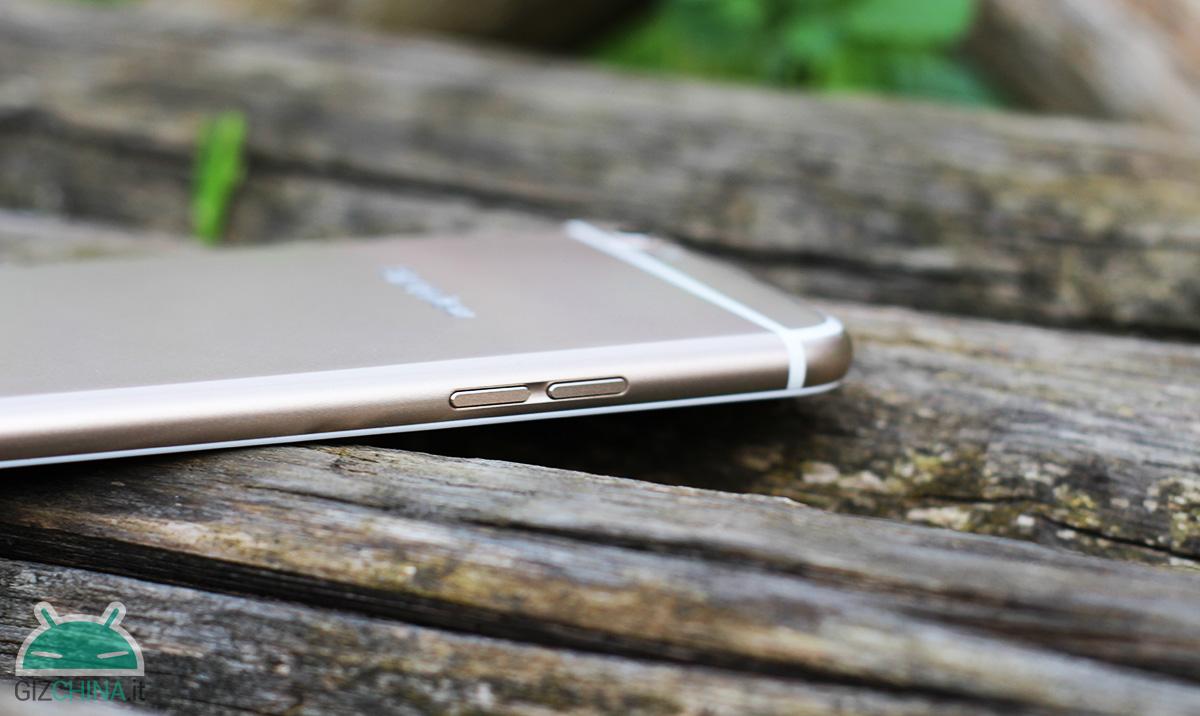 Starting from the left side, we find the only rocker for volume regulation. 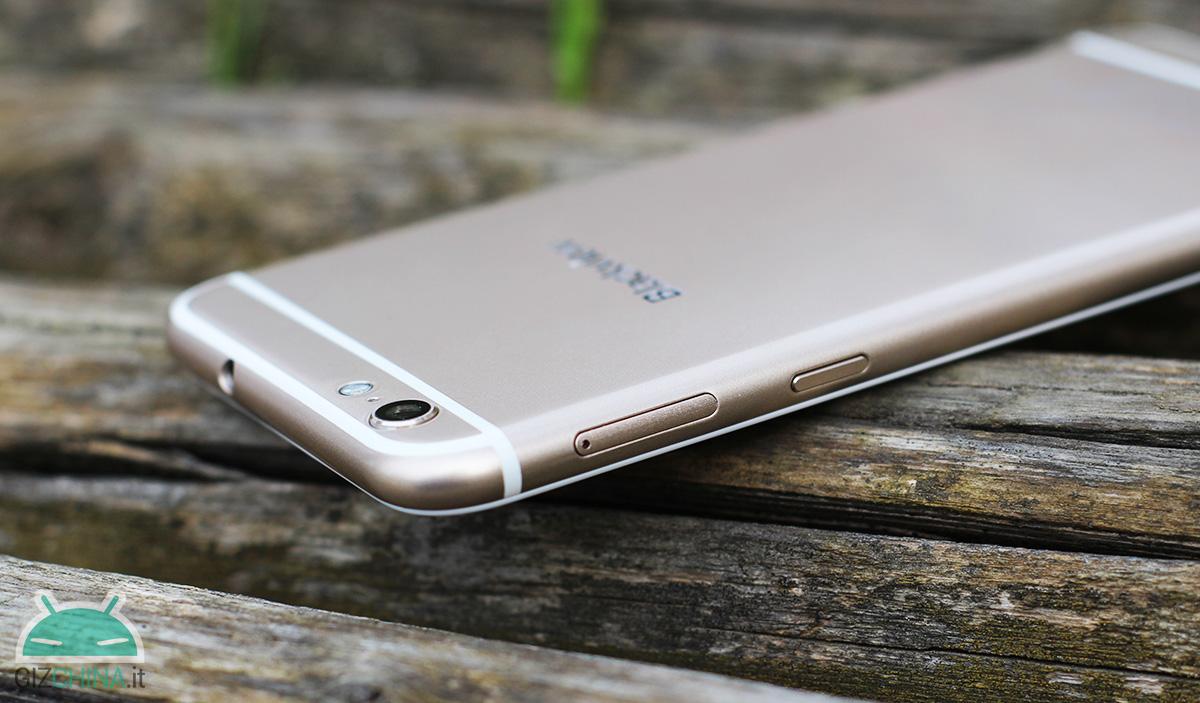 Moving to the right, however, Blackview has inserted the trolley for the SIM cards as well as the power button, lock and turn off. 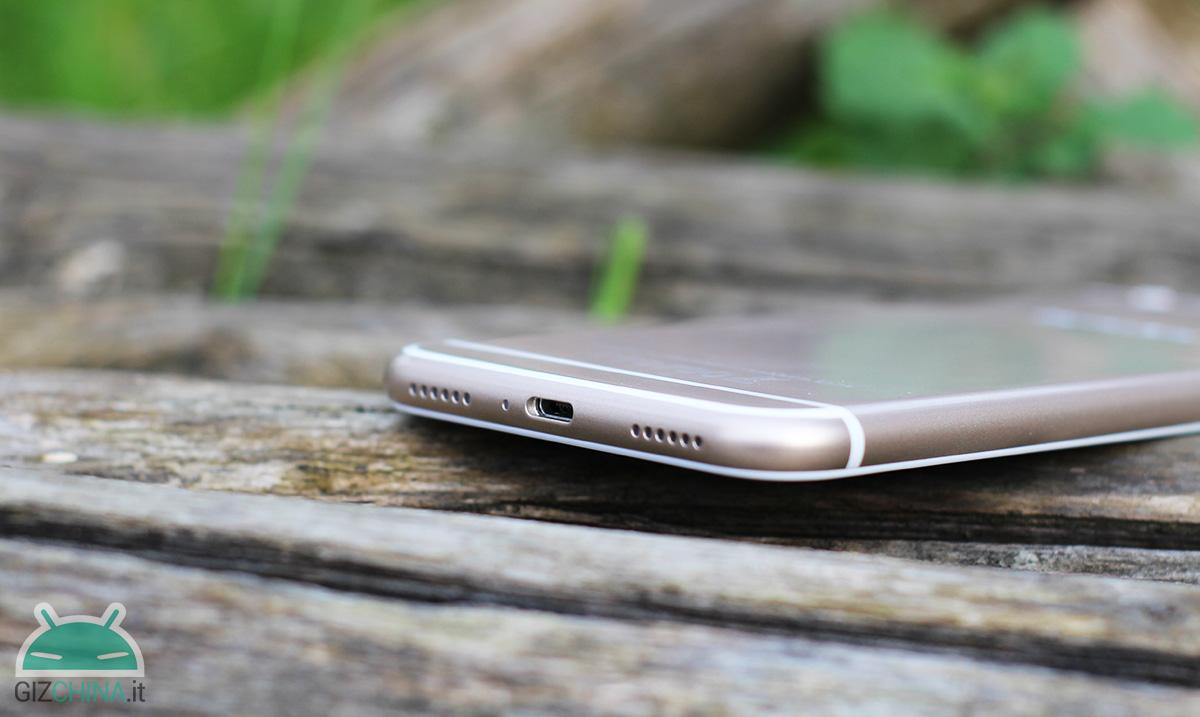 At the bottom we have the double grid for the speaker (actually the speaker is mono, and the sound comes from the left grid), the microphone and the micro USB connector. 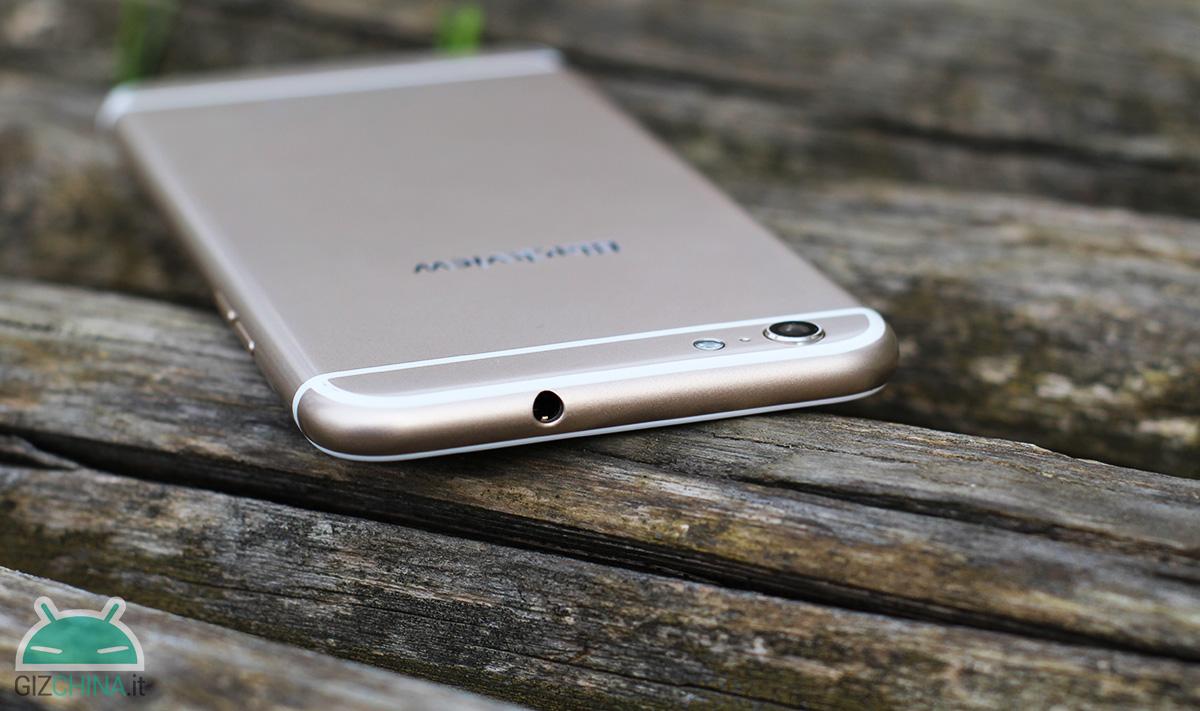 On the top, then, on the Blackview Ultra Plus there is the 3.5mm jack for headphones. 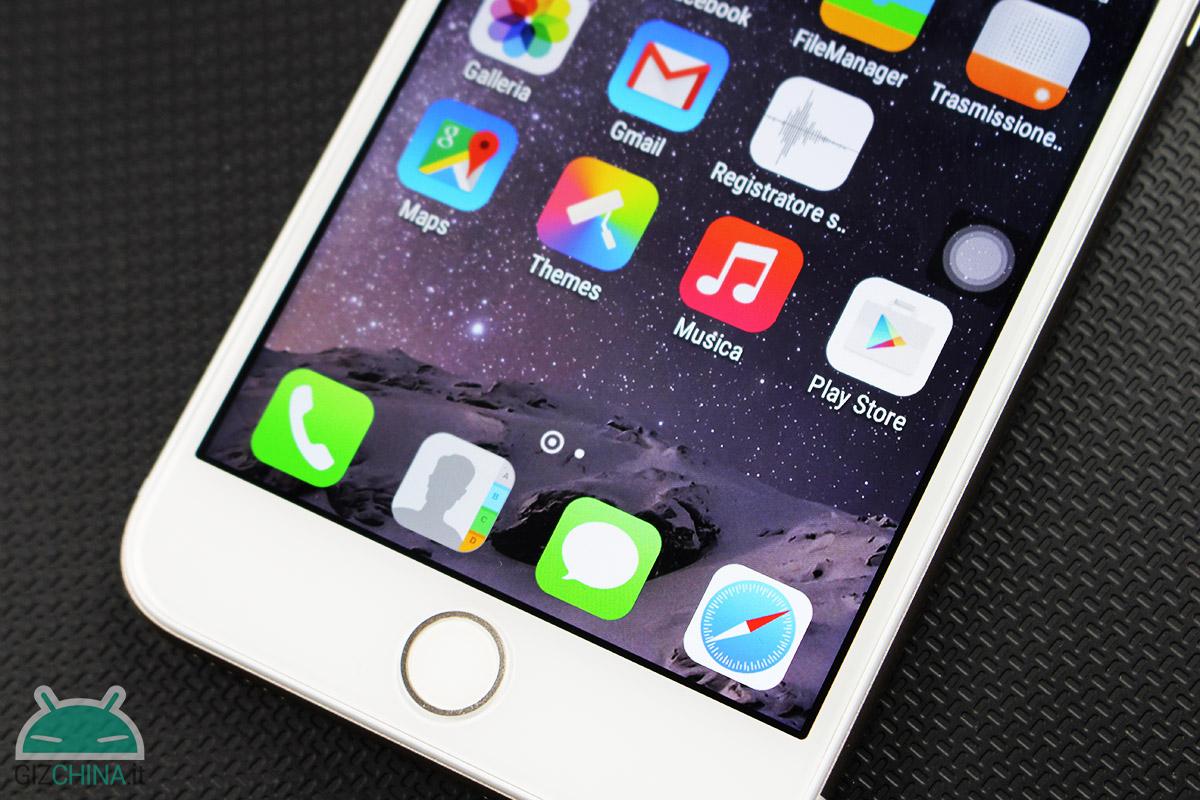 Finally, on the front side, the manufacturer has inserted a single circular button (without, however, a sensor for the detection of fingerprints). 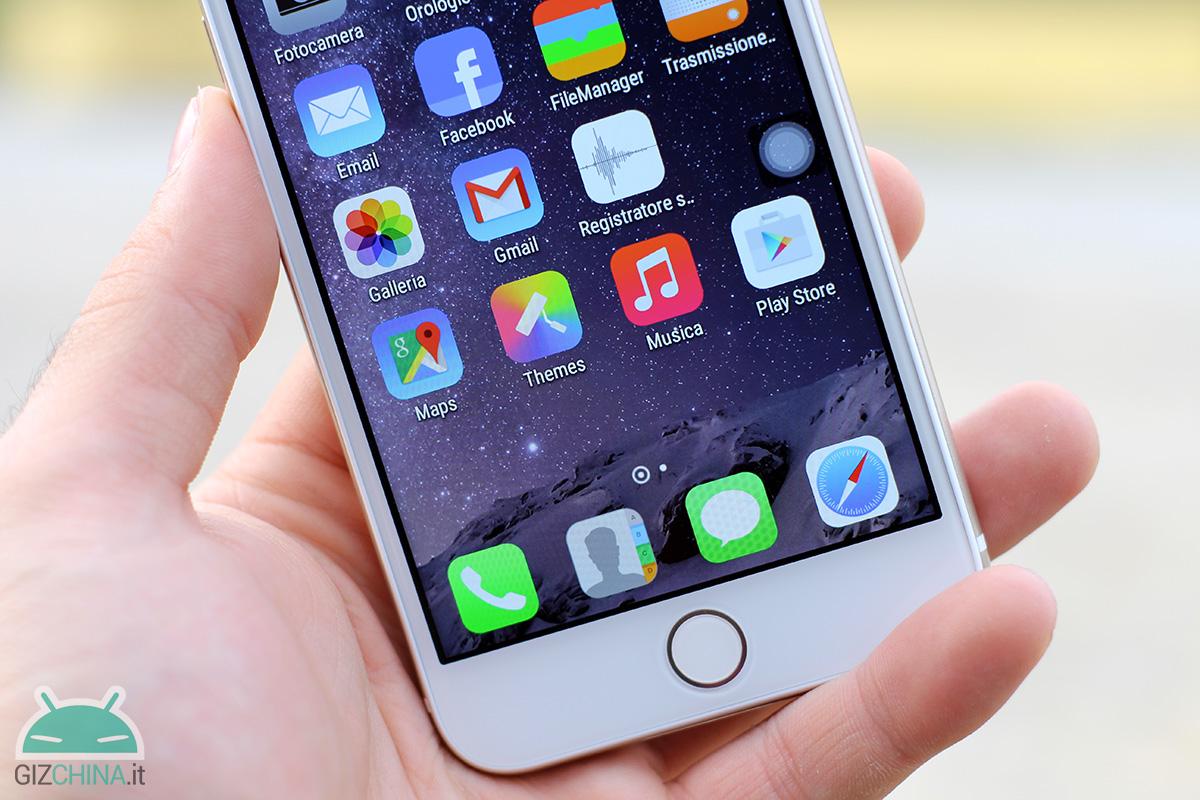 The display with which Blackview Ultra Plus is equipped is a unit of 5.5 inches with HD resolution 1280 x 720 pixels, the panel is an IPS LCD matrix with a pixel density of 267PPI.

In using every day the device does not disappoint us, but if you look deeper than a few defects you find it; first of all i colors are slightly dull and poco vivid (e.g. shades such as red and yellow are poco lit), and the viewing angles at the same time are not satisfactory.

Furthermore, the glass to protect the display owns a bad oleophobic treatment, besides being very reflective under the sunlight and not.

Il touch screen, then, does not always perceive our touches, which is why there are some difficulties in operations such as double tap, pinch to zoom and especially in the fast typing on the keyboard.

On board the Blackview Ultra Plus we find 16GB of internal memory, which, excluding the system partition and useful memory to the default apps, become about 11GB available User.

Blackview Ultra Plus - Hardware and performance

Inserting itself in a decidedly low range of the market, the Blackview Ultra Plus does not make any particular claims and even its technical data sheet is modest and without too many "gaps".

The equipment, in fact, provides for the presence of a processor MediaTek MT6735 Quad-Core 1.0GHz, 2GB RAM memory LPDDR3 to 533MHz and one GPU Mali-T720 which, in the simplest operations, does not go too far.

In any case, in our tests conducted during daily use, the Blackview Ultra Plus was convincing only for some aspects, such as the use of third-party applications without obvious blocks or slowdowns (Facebook, Gmail, Whatsapp, Telegram etc), but in some other tests we were not particularly satisfied, starting with the web browser (which is the stock of Android Lollipop) slow in loading and poco responsive in interacting with pages.

As always, however, i video test Successfully reproduced on board this hardware platform are only those in FullHD MKV and MP4, while the 4K are not absolutely supported by the device, except through third-party applications that, however, do not guarantee a sufficient framerate.

Following, however, you will find the results obtained by stressing the Blackview Ultra Plus in all the usual benchmarking. 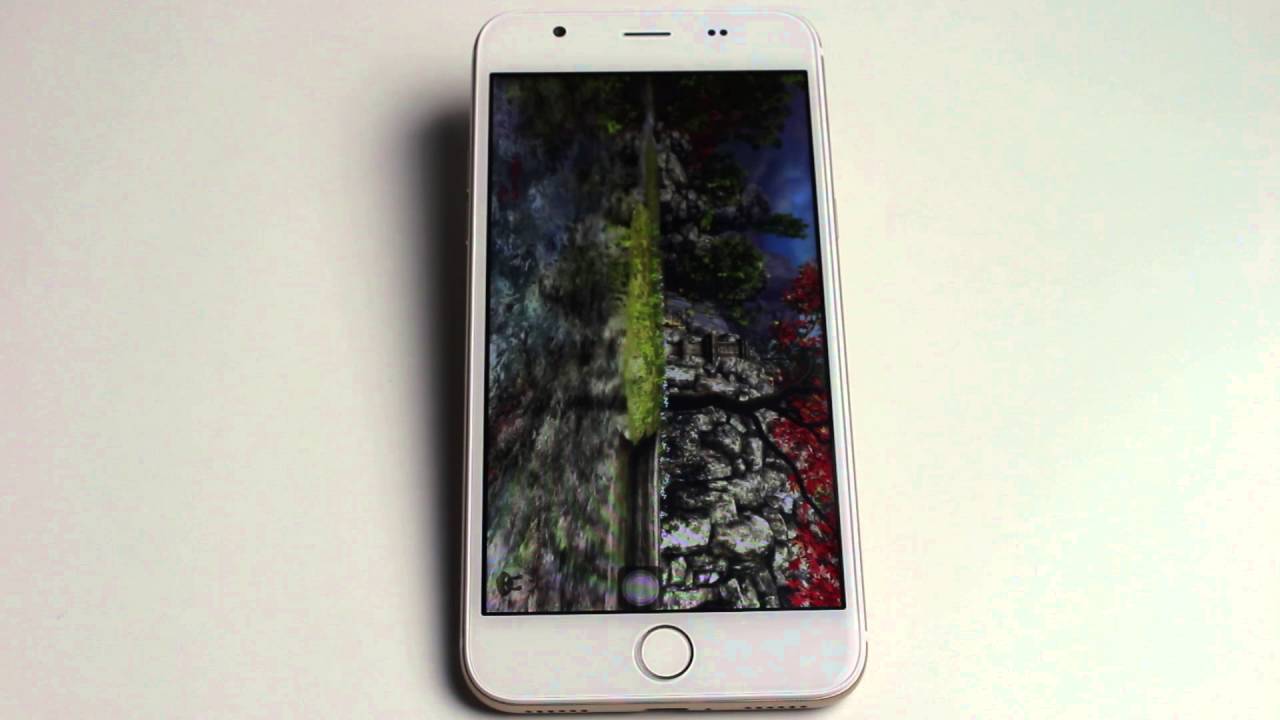 One of the positive aspects of the Blackview Ultra Plus is the placement of the speaker which, being in a "strategic" position, manages to offer good performance in audio reproduction with a quality that, if evaluated overall, is not bad either.

Il sound turns out to be well equalized and the volume is well balanced; in the video review, then, you will also find an example of audio reproduction to evaluate the actual quality of the speaker.

In Blackview Ultra Plus support for the Dual SIM as well as the band 20 (800MHz) for the 4G; good reception, fast switches and no problem to highlight indoors.

The bluetooth coupled with some smartwatches did not create difficulties, as well as the Wi-Fi that has always worked flawlessly, except when the device was "locked" and often the transmission of data was interrupted, automatically switching to the data network .

The compartment camera of the Blackview Ultra Plus is another of the aspects it surpasses of poco sufficiency; the device, in fact, has a camera from 8 mega-pixels (which reaches through software interpolation well XMUMX mega-pixel) with Sony IMX13 sensor while in the front is from 164 mega-pixel.

- Scatti realized appear to be qualitatively good and, above all, the comparison with other devices in the same price range seems to go in favor of this Ultra Plus; in poor lighting conditions, then, the photographs obtained are not very noisy and pasty, although it must be said that the flash from a distance it can not sufficiently illuminate the photographed context. 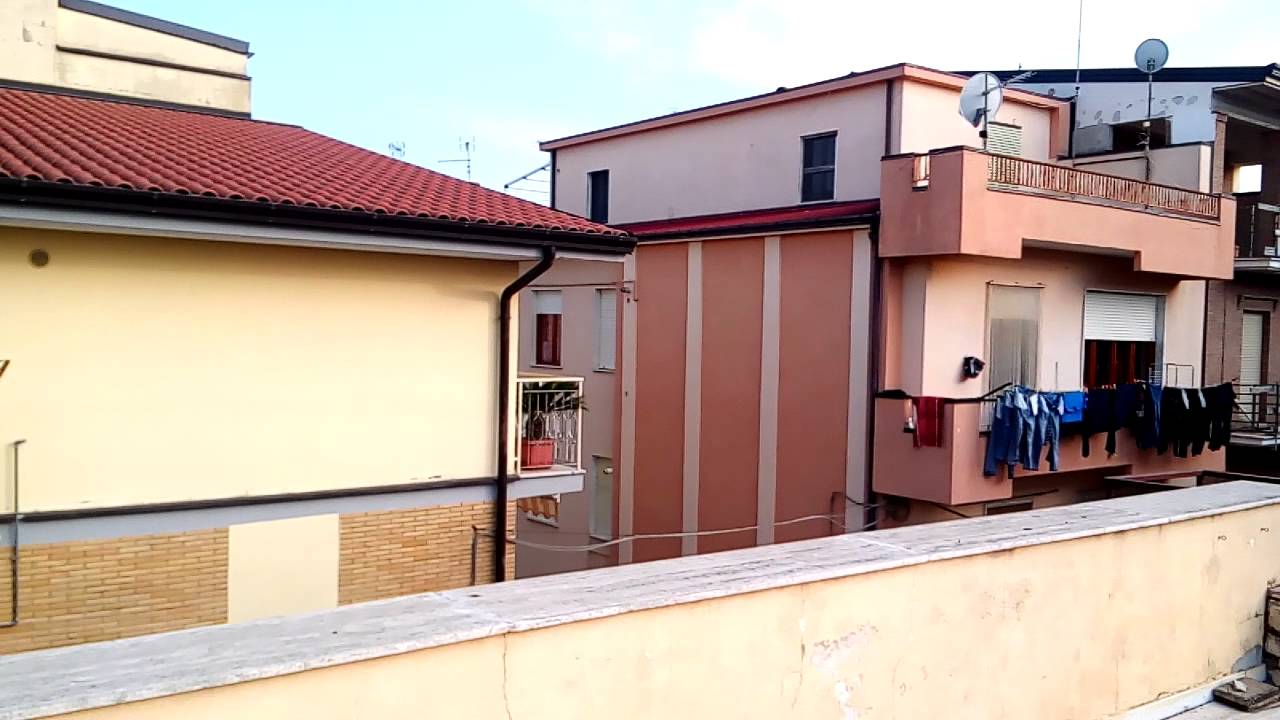 One of the aspects on which Blackview laboratories have concentrated a lot was the software… but not to implement exclusive functions, mind you. Although underneath it hides a heart Android Lollipop 5.1 the user interface of the Blackview Ultra Plus it is identical in many parts to the Apple operating system, even if the rest of the system applications adopt the usual interface in material design.

In any case, the optimization has not particularly surprised us, the system is reactive but in some parts it loses points; the additional implementations are few and at the level of functions the software turns out to be very thin.

La battery of the Blackview Ultra Plus is one of the aspects that most convinced us in this smartphone that has proved to be neither meat nor fish, as the saying goes. The battery amperage is 3180 mAh (unfortunately not removable) and in daily use it allows you to cover the whole medium-intense day up to 4 and a half hours of active screen, with the use of two SIM cards, one of which in 4G for almost the entire duration of the tests.

Lo smartphone today analyzed, in short, it is a question mark on more than some aspects; it did not fully convince us in every field, but there was always some aspect that made us give up a totally negative evaluation, giving the device a glimpse of "salvation".

Blackview Ultra PlusTherefore, it is recommended for a range of users who do not want to give up design (which, on the whole, is rather pleasant), but above all that does not want to spend a lot to keep up with the technology.

Blackview Ultra Plus is available on TomTop at the price of 116 €.

Cubot KingKong Mini 3 with NFC: the new compact rugged is ...