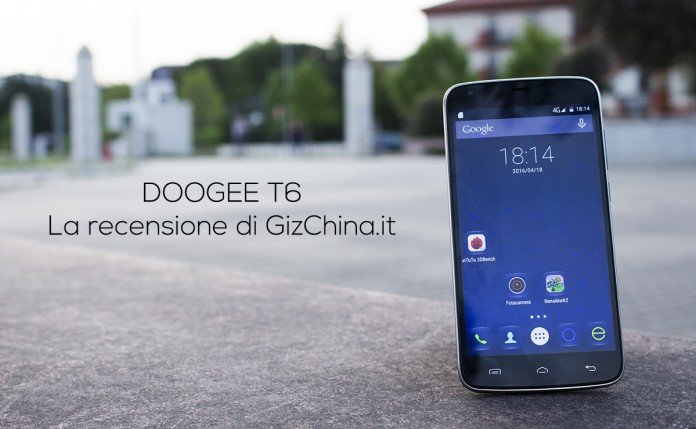 The field of battery-phone is probably one of the most tempting, because in the last period there are many producers who, in their top of the range, neglect the autonomy aspect in favor of a better design.

And after seeing Ulefone Power and the various Oukitel K series devices, including Oukitel K10000, today we discover the Doogee T6, another smartphone with a very large battery that promises high-end performance on this front. Ready to find out all the details in our full review? 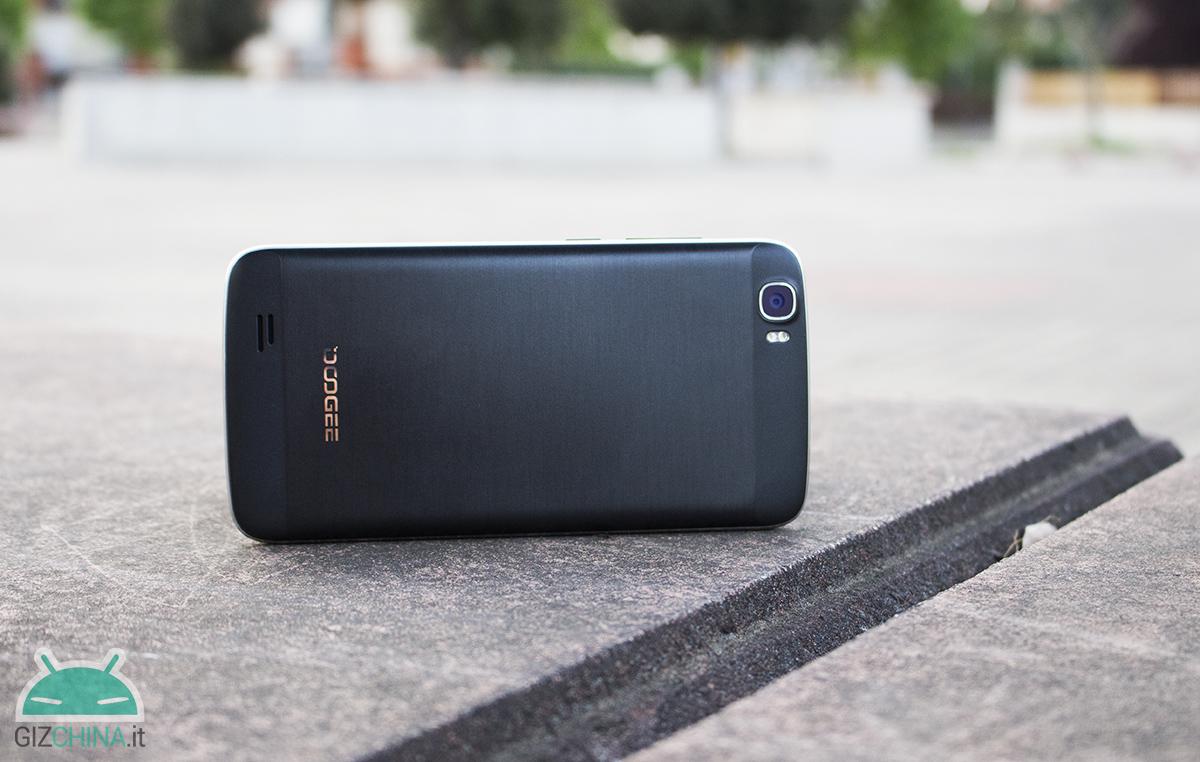 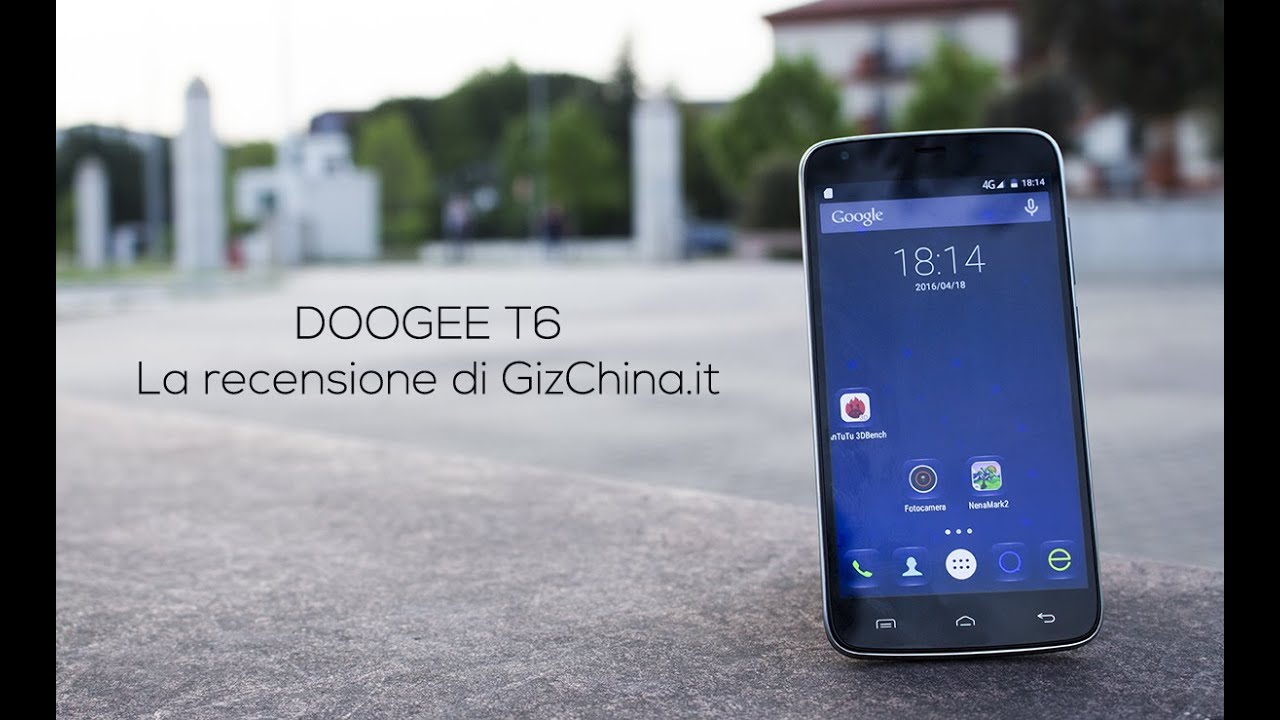 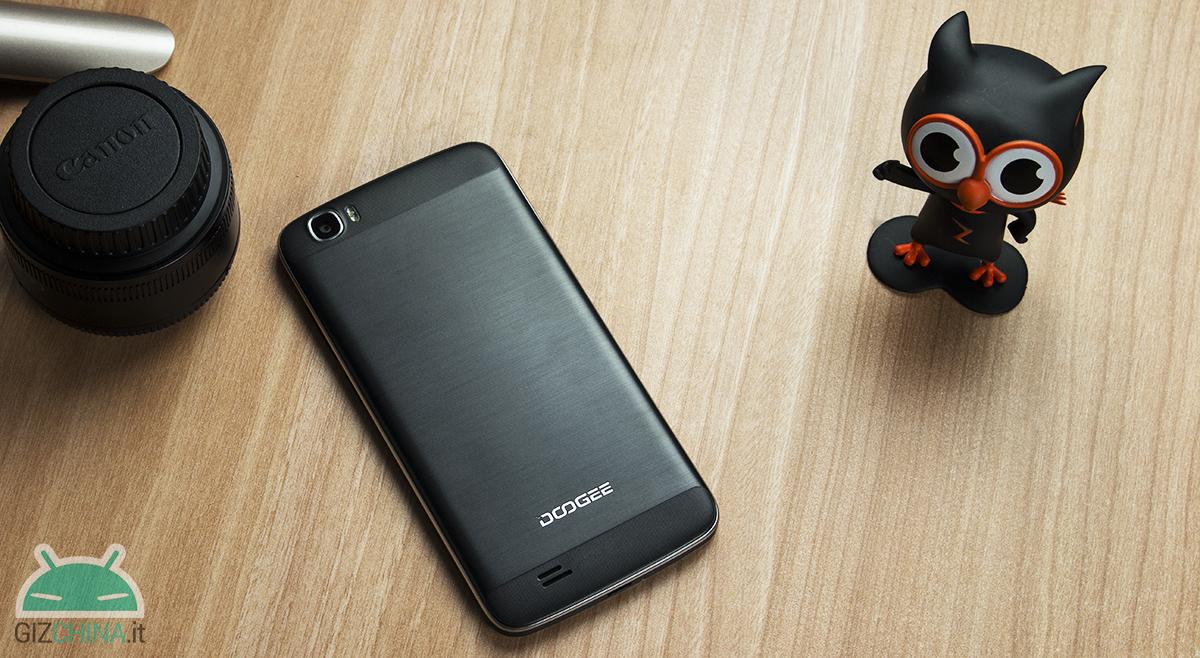 La Doogee T6 packaging, as often seen in other devices of the same company, is very well supplied; inside, in fact, we find: 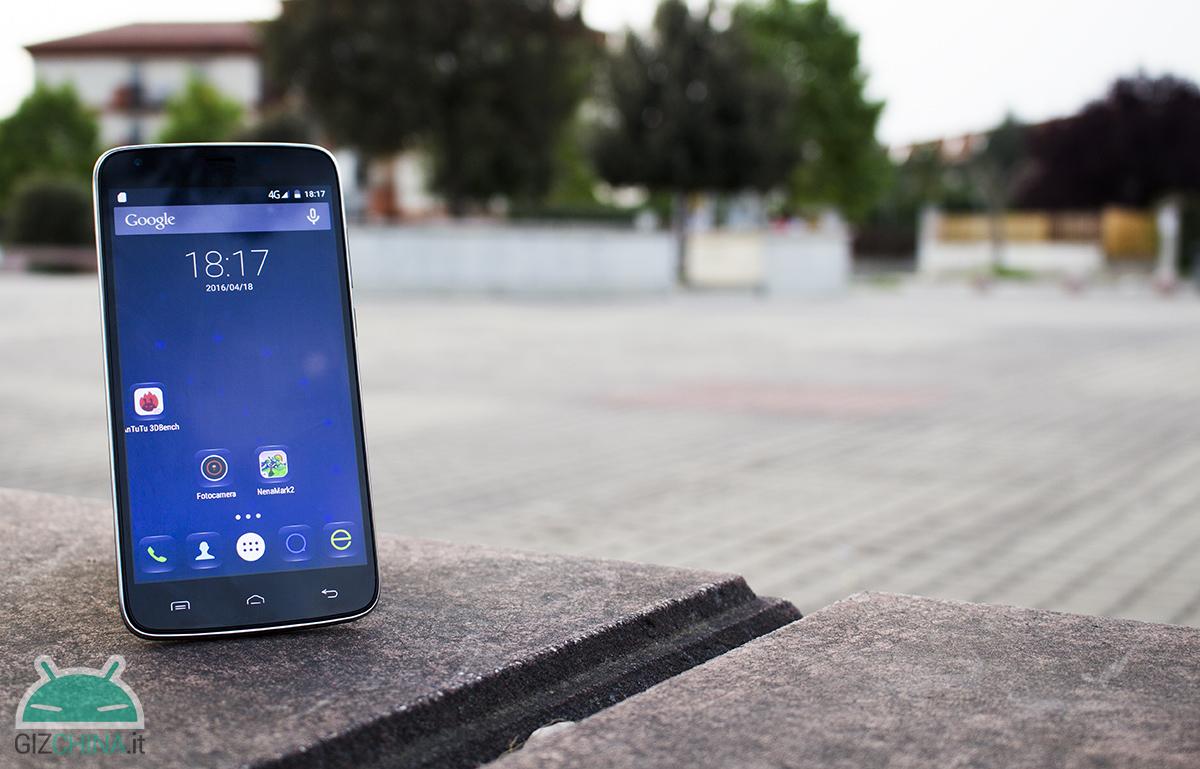 Without a doubt Doogee is not one of those brands that takes great care of the appearance of its product, and this T6 is yet another confirmation. The lines that characterize the device are the usual of all the devices of the Chinese brand that we have already analyzed in the past; the device it is built entirely in low-invoice plastic, with the exception of the lateral frame which is made more sturdy and is better finished even in terms of painting.

All the details, in fact, are taken up with chrome paint starting from the edges until you get to the frame of the camera or the writing bearing the brand in the back. However, the highlight is not the size, equal to 152 74 x x 10.2mm thick that, together with the 170 grams of weight, make this device a small pocket bricks and not a sample of ergonomics and portability.

In any case the Doogee T6 it is impeccably built; excellent finishes, and also good assembly even if the materials, especially in the back cover that, in the middle, slightly bends, do not convince much.

Next, instead, find the layout of the buttons and inputs available on the Doogee T6. 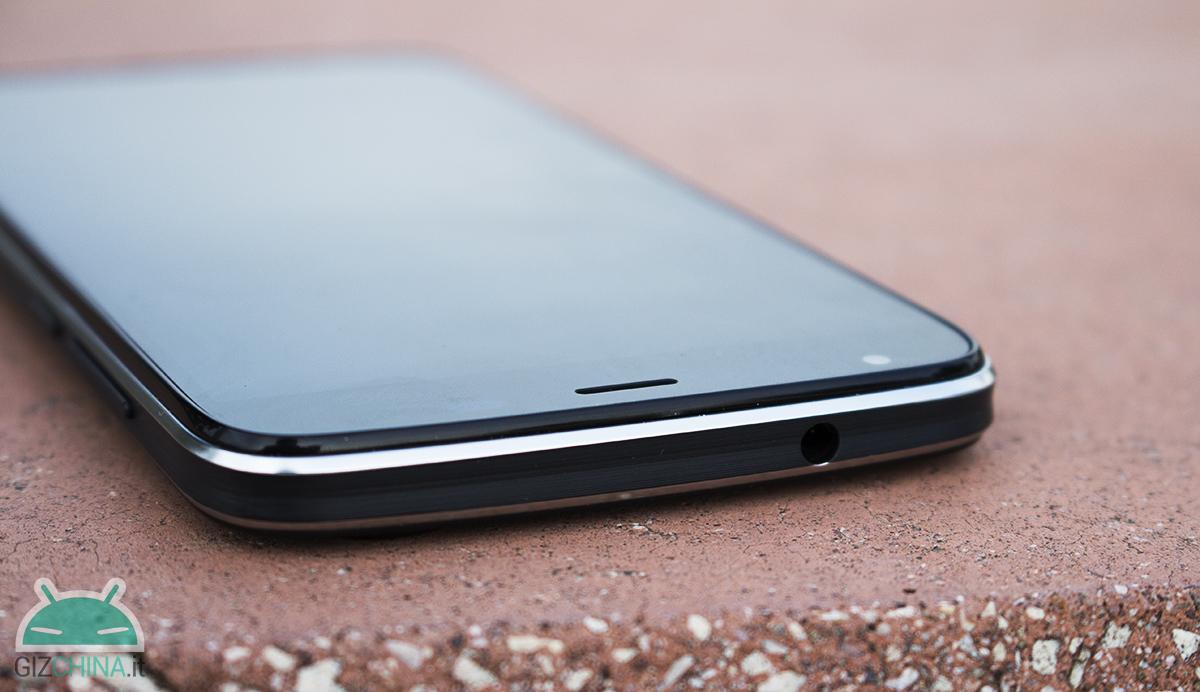 Starting from the top side Doogee T6 has only the 3.5mm headphone jack. 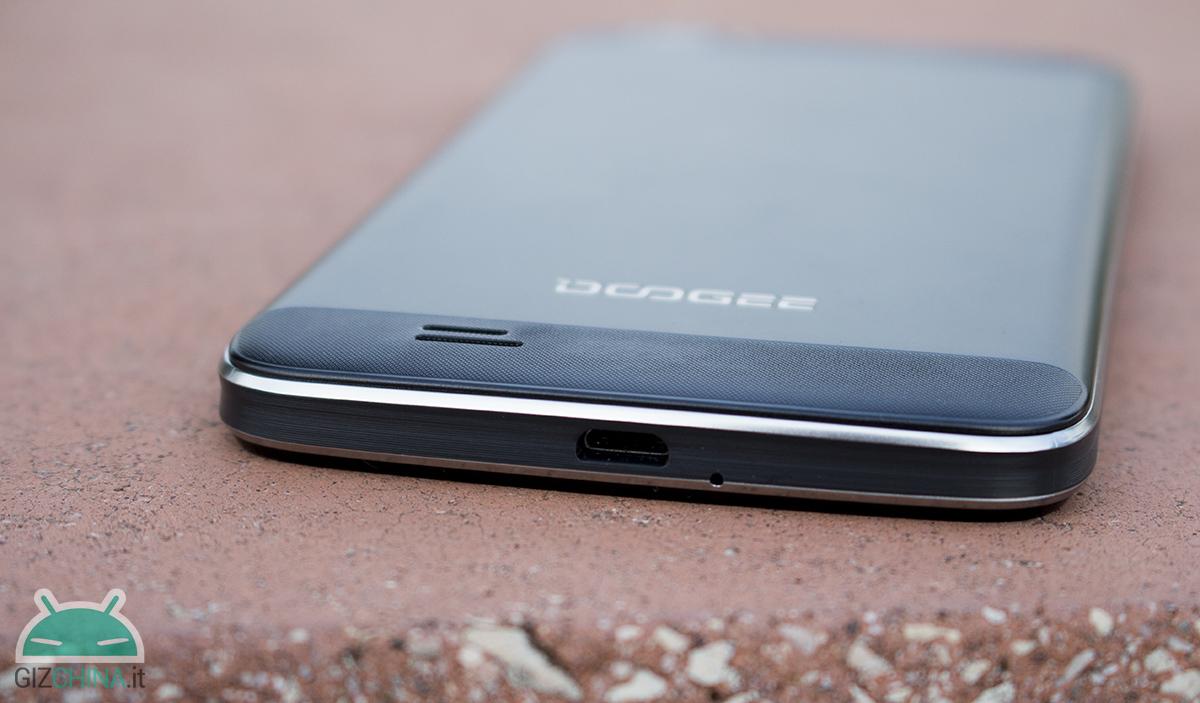 At the bottom, however, it is possible to notice the presence of the main system microphone and at the center the micro USB connector. On the right side, then, the manufacturer has inserted the rocker arm for adjusting the volume flanked by the power button, lock and power off. 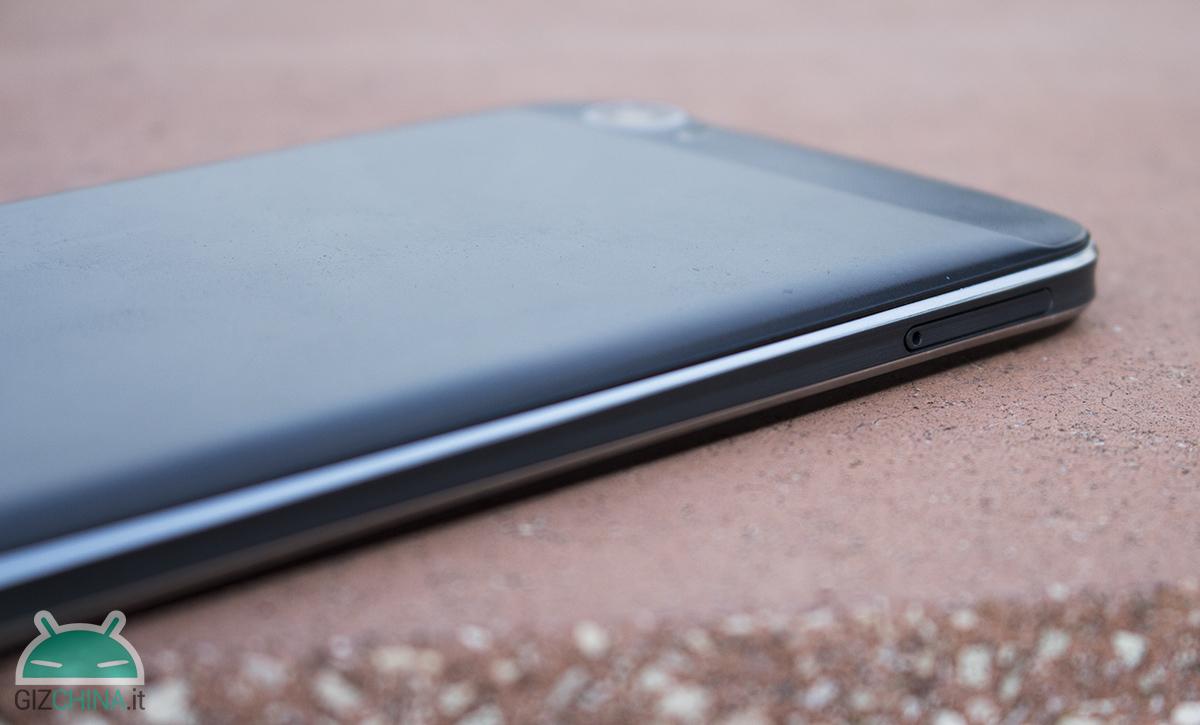 On the opposite side, however, we find the only connector to insert the two SIM cards in micro format or a SIM and a micro SD. 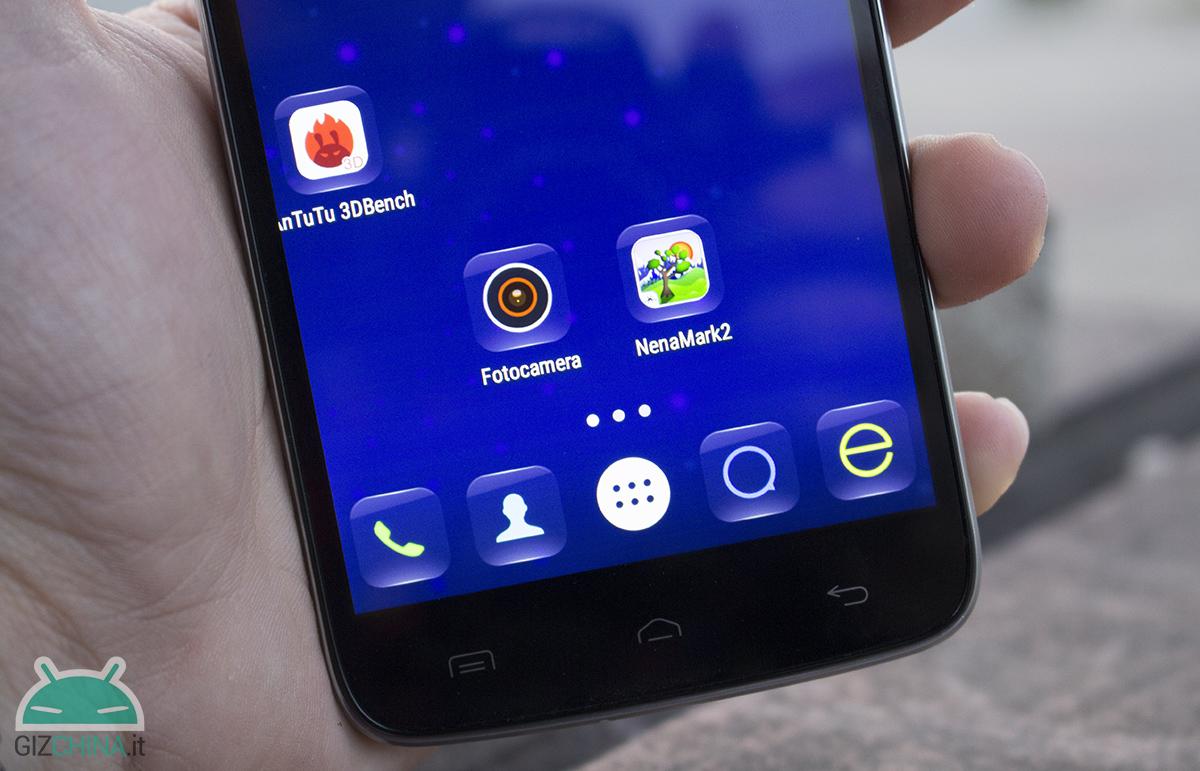 For the price range within which the Doogee T6 fits, we find a display that is average in all respects, starting from the resolution only HD 1280 x 720 pixel on a panel with diagonal of ben 5.5 inches until you get to the type matrix IPS LCD, typical of all smartphone screens in this price range.

The result in daily use, however, does not always satisfy; the panel, first of all, is poco oleophobic and retains many footprints; moreover, the viewing angles are not the best, which is why if you turn the smartphone the display is almost illegible.

La maximum brightnessmoreover, it is not very high and, if we consider also that the glass to protect the display reflects the light a lot, then the result goes down even more dizzily.

On board the Doogee T6 we find 16GB of internal memory, which, excluding the system partition and useful memory to the default apps, become about 12GB available User.

On a technical level the Doogee T6 of poco stands out from other rivals currently in circulation; the data sheet, in fact, consists of the typical processor Mediatek MT6735P Quad-Core 1.0GHz, flanked to 2GB of RAM memory LPDDR3 to 533MHz and the GPU Mali-T720.

Relatively le performance of this smartphone there is not much to say; in daily use it is able to perform every single operation, albeit sometimes with some slowing down too much.

However, starting from web browsing, there are no major difficulties other than some random reloading of pages; the interactions with the websites are not particularly snappy and the whole does not exceed, clearly, sufficiency.

The video game part, analyzed in the usual Asphalt 8, is acceptable; at average graphic details the game runs smoothly, without blocks and slowdowns and temperatures, as usual, are low.

The reproduction of the sample videos, to conclude, is successful only with the samples in FullHD in MKV and MP4, while unfortunately and, of necessity, the 4K are not supported.

Next, instead, find the results of the benchmarking performed with the Doogee T6. 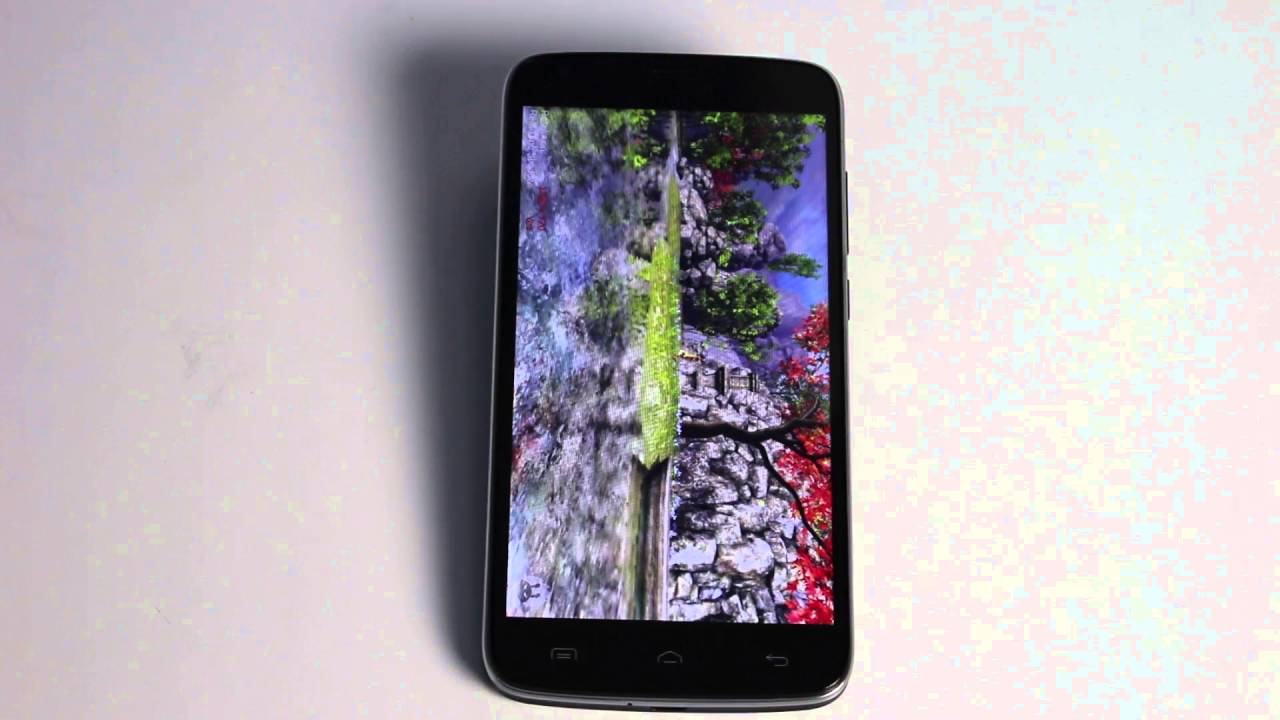 The speaker is placed at the bottom, along the back cover of the device; in itself the positioning is not the best, which is why the result is, in the beginning, not among the best.

In the field tests, in fact, the speaker of the Doogee T6 was found to be in tone both in terms of volume and sound quality, slightly dark and with an equalization that leaves much to be desired.

Doogee T6 is equipped with a double SIM housing (both are supported in Micro format, and possibly in place of one of the two you can insert a micro SD). The device also fully supports all bands, including 20 and its 800MHz frequency.

The reception is good, the network switches are fast and the signal is stable; less convincing some situations the Wi-Fi quite slow in the transmission of data.

As usual in this price range, also on the Doogee T6 we find a back camera from 8 mega-pixels (which become 13 by software interpolation) with Sony IMX219PQ Exmor R sensor, which joins the 2 mega-pixel front camera (5, by interpolation).

Leaving the technical data, the Doogee T6 like many other devices its software-level competitors presents a stock camera application, without any difference compared to the other Mediatek in circulation.

La photographic quality It's low in almost all conditions, considering that the shots are poco defined and, if analyzed on a larger screen, all the photographic "defects" can be found, starting from the softness of the images up to the constant background noise. 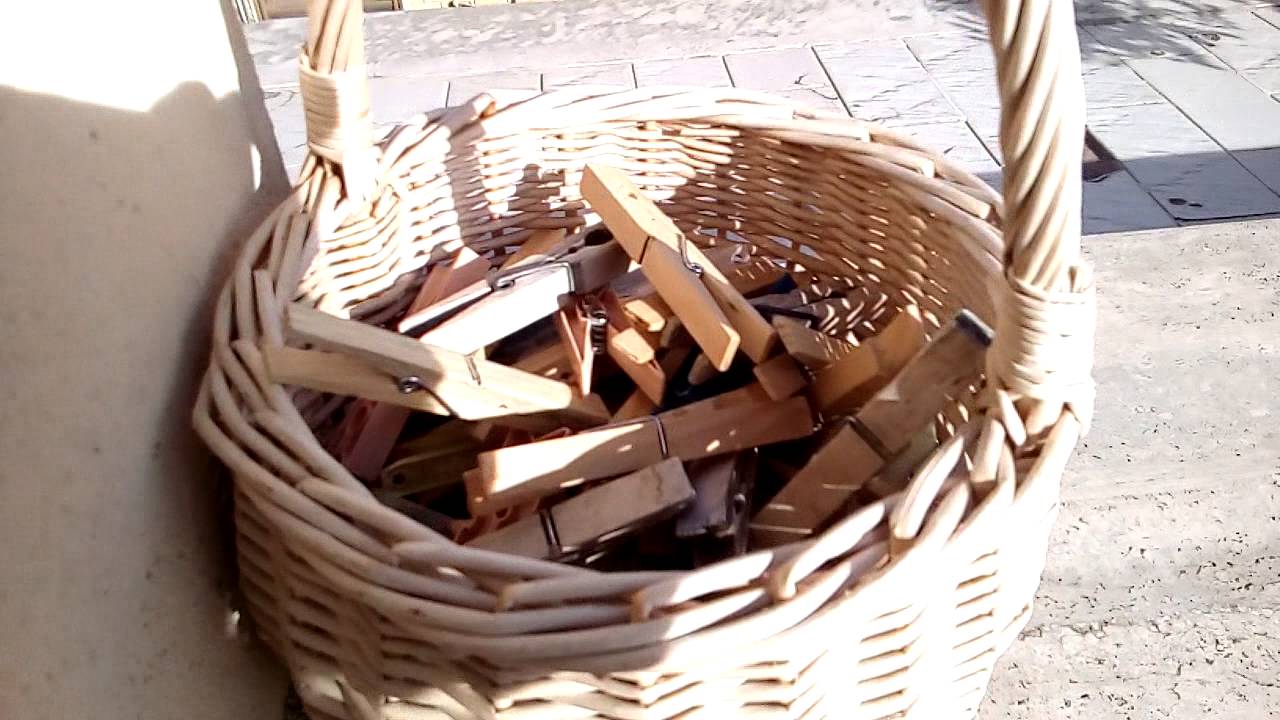 Doogee T6 mounts the distribution of Android Lollipop 5.1, with a practically stock rom and that differs only for a set of icons different than the "pure" Android rom.

Furthermore, the Chinese manufacturer has integrated some applications intoOS (such as DG Xender, Documents to Go, Go Keyboard), as well as the classic AirGesture to enable functions while you are with the screen off.

The optimization speech, on the other hand, goes in favor of the Doogee T6 which, despite the non-top-level hardware present on board, still manages to satisfy during daily use without too many drops in performance.

Although falls into the category of battery-phone, and although it does have a good autonomy, the Doogee T6 does not stand out from this front as according to some reflections, the battery's amperage could be much lower than the declared 6250 mAh (just think of the weight of 170 grams, actually very small for a battery of this size).

However, in the use of every day, touch about 5 hours and a half of active screen with stressful use, values ​​very good but certainly not up to expectations.

With a quieter useon the other hand, the two full days are covered, albeit with some difficulty in the end of the second day, when you will be forced to enable energy saving.

Doogee T6 is available for purchase in China at a price of approximately EUR 100, a figure definitely affordable and certainly cheaper than the other battery-phone currently in circulation, one among many Ulefone Power (which, however, boasts of a design much more accurate).

However, if it were not for some aesthetic disapproval missed, and for a not impeccable display, as well as a camera only sufficient, Doogee T6 would certainly fit in the list of recommended.