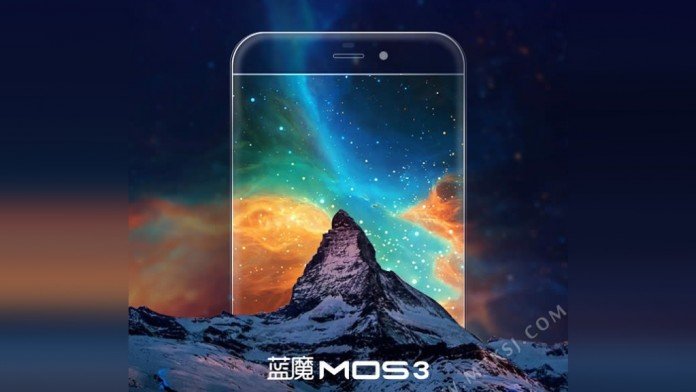 In recent weeks, the Asian manufacturer Ramos has made people talk about themselves, thanks to the progressive release of teaser images with which, the company, is leaking information on two new smartphones, which will soon be released.

We are talking about Ramos R10, a mid-range device with fingerprint reader and metal body, and del next flagship, Ramos MOS3, with which the manufacturer aims at the high end.

Confirmed 4 GB of RAM on board the Ramos MOS3

Today the company is back to talk about the Ramos MOS3, giving the first official information about the hardware specifications of the device. A new teaser image, in fact, reveals the memory capacity RAM and storage that we will find on board the new flagship: well 4 GB of RAM and 64 GB of internal memory. 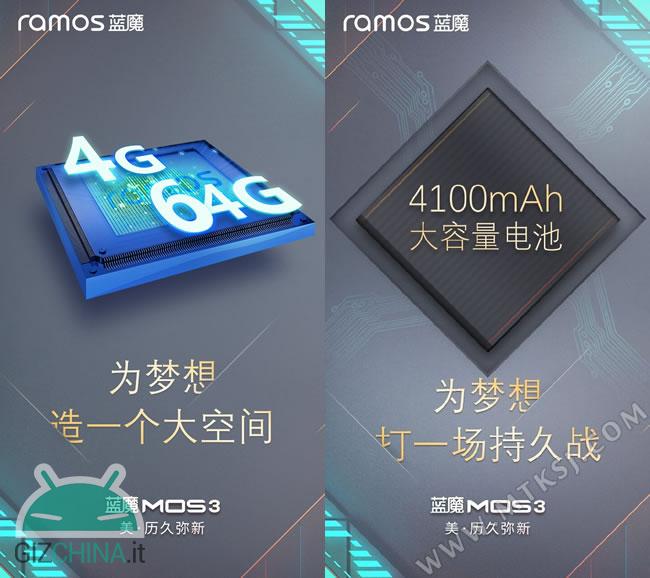 This is certainly an important step forward for Ramos, as it is the first smartphone of the manufacturer to be equipped with a configuration that goes beyond the schemes, and also aims to stand out and be known.

Although we do not yet have information about it, we can imagine that the processor on the device will be a MediaTek Helio P10 MT6755 (or a Helio X20 MT6797). This configuration would be entirely in line with the slogans "molto veloce"and "very big"With whom Ramos wanted to create attention around the new MOS3.

As described in our previous article, Ramos MOS3 stands out thanks to a body made entirely metal, for an ultra-thin design and with a strong visual impact. The device has a display report/very high surface, and is lined with a glass 2.5D.

Confirmed, thanks to the following post, also the very large battery, from 4100 mAh, which could be a unit high density, capable of offering excellent autonomy.