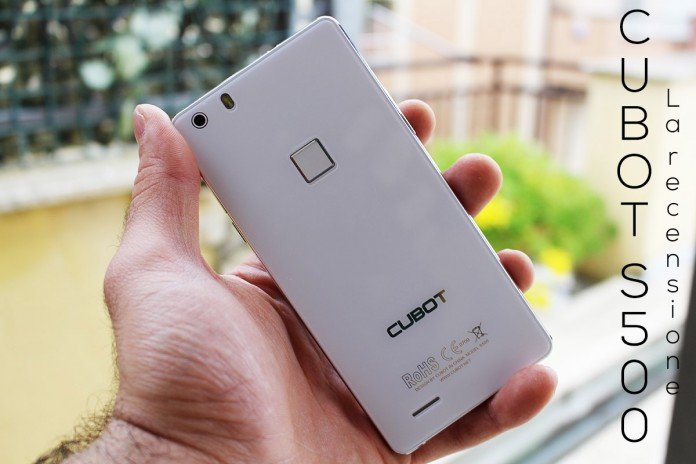 Already in our preview of the Cubot S500 we anticipated that the device was practically a slightly modified "copy" of the Cubot S600 that we have already analyzed and reviewed a few weeks ago.

Same technical sheet, design by poco different and very small and subtle differences in the photographic sector at the level of sensors. But is the game worth the candle? Find out all the details in our full review. 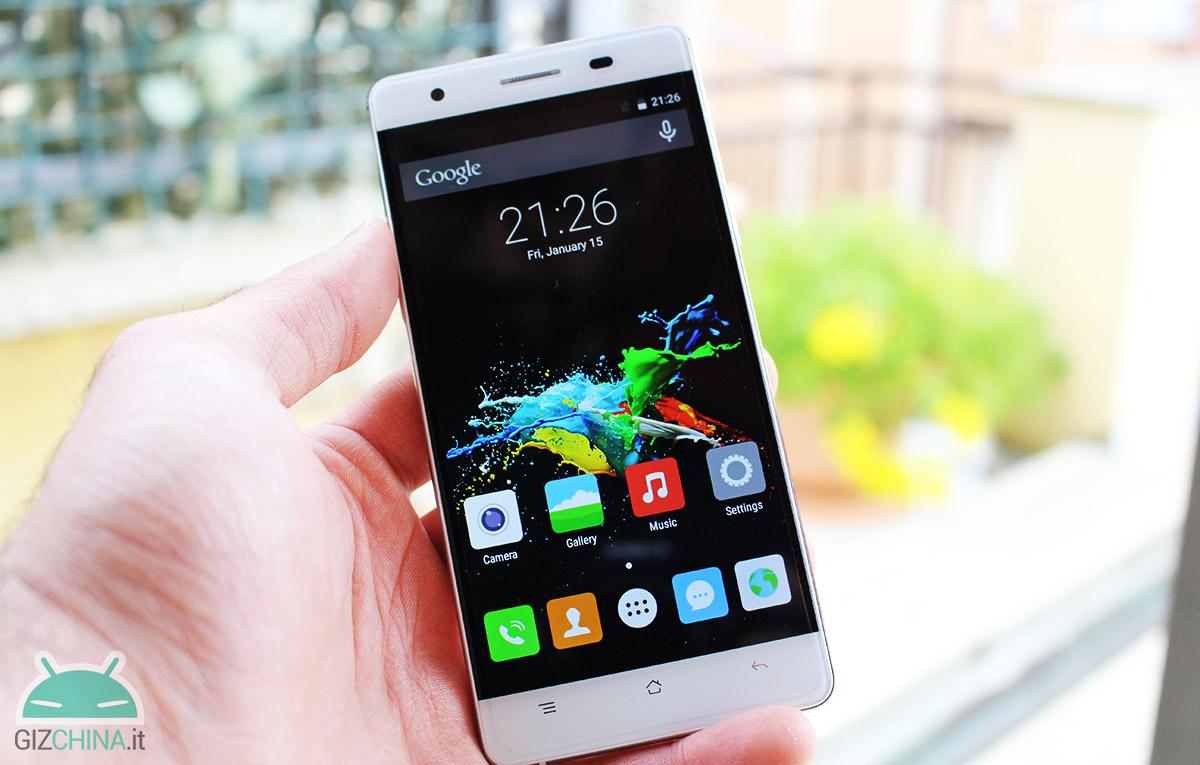 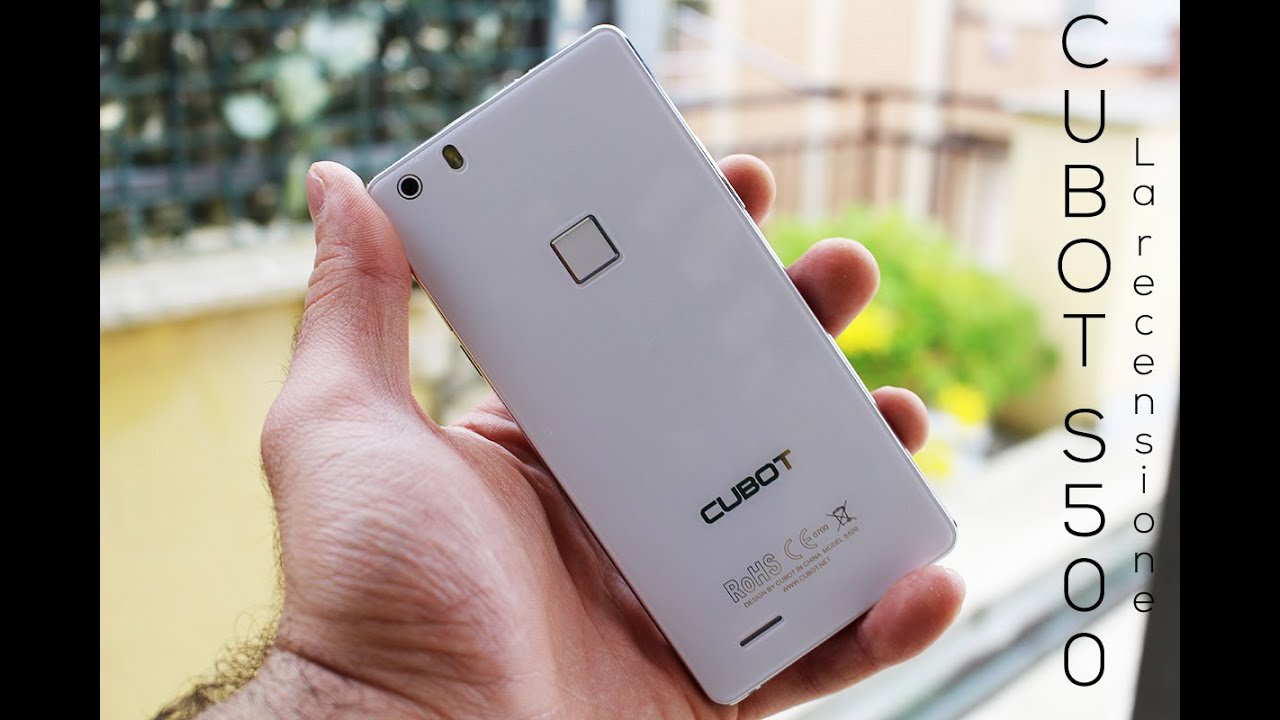 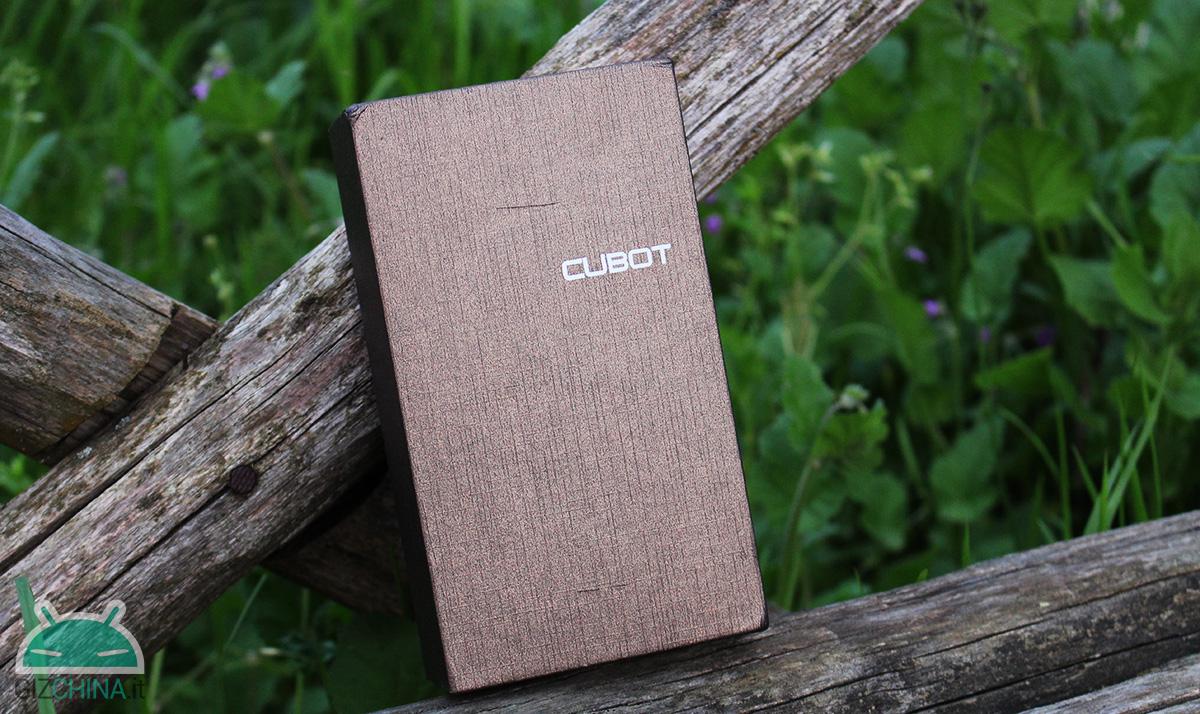 As usual, this time too package looks like the others already seen and analyzed in the past; inside, in fact, we find: 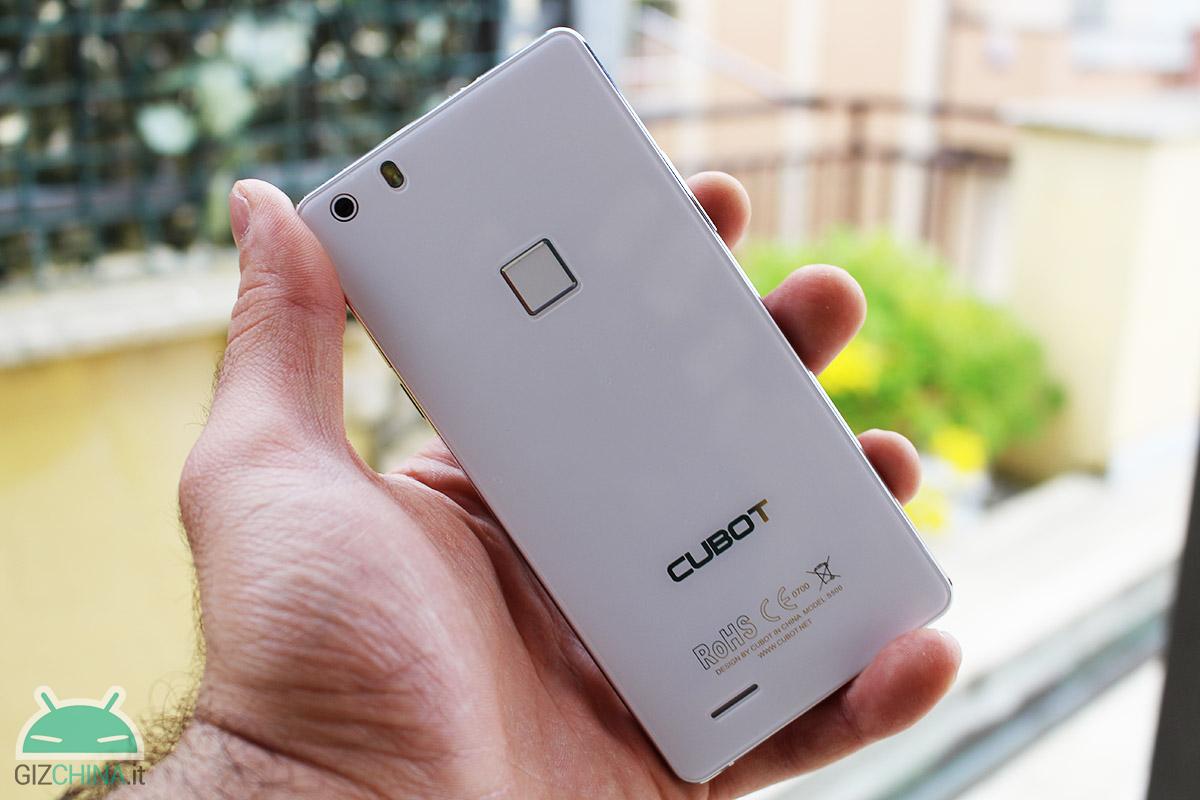 As we have often already told you, Cubot is probably at the top of our list of preferences in the low-cost smartphone market in the Chinese world, and the reason is contained in virtually all the smartphone, from construction to performance.

One of the strengths of the last born in the house Cubot it is precisely the constructive aspect; the design is well taken care of and Cubot S500in fact, it is made of glass (with curl 2.5D) in the front and rear bodies and in aluminum in the side frame even if, despite being very elegant, it fails to convey a "premium" feeling just as already said for S600. S500 measure 143.5 x 69.4 x 7 mm; in the hand is held well and is easily usable with one hand, although it can often be slippery.

THEassembly is good and some details that in S600 they left something to be desired, in this model they were solved (for example the trolley of the SIMs. poco balance and dancer).

Next, instead, find the layout of the buttons and the inputs on the Cubot S500. 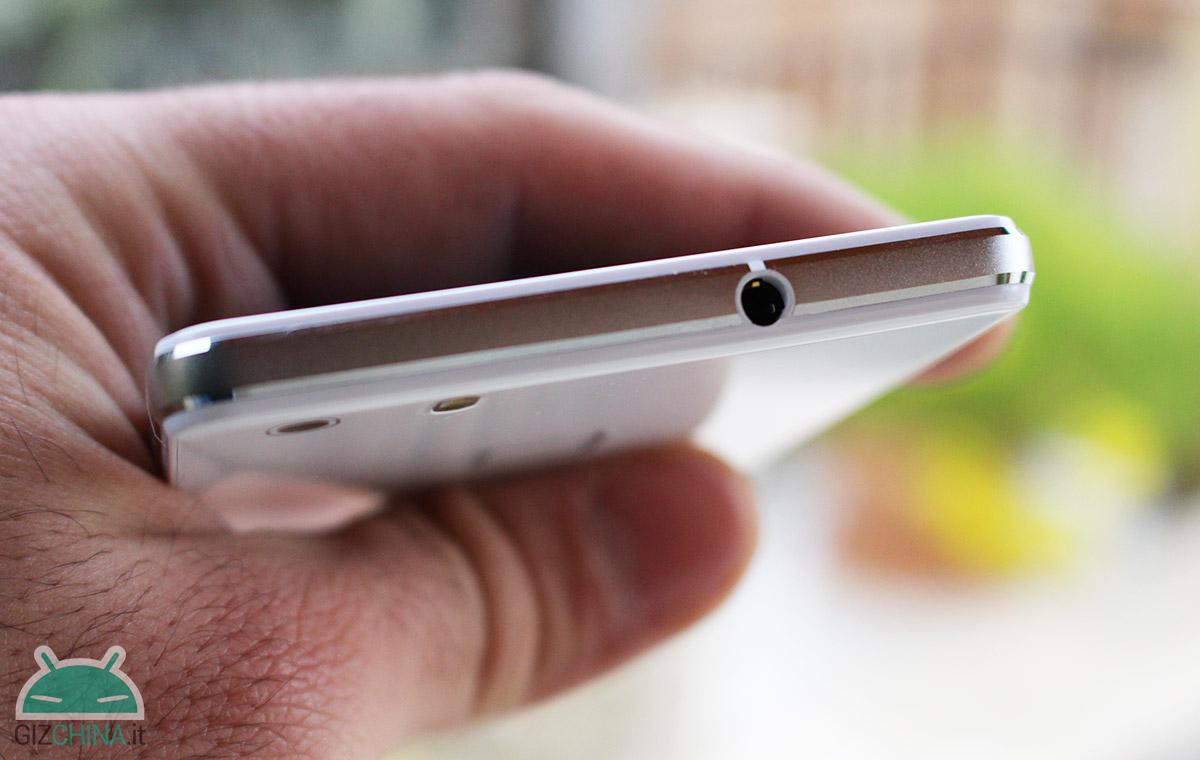 Starting from the upper side on the Cubot S500 we find the only jack from 3.5 mm for headphones. 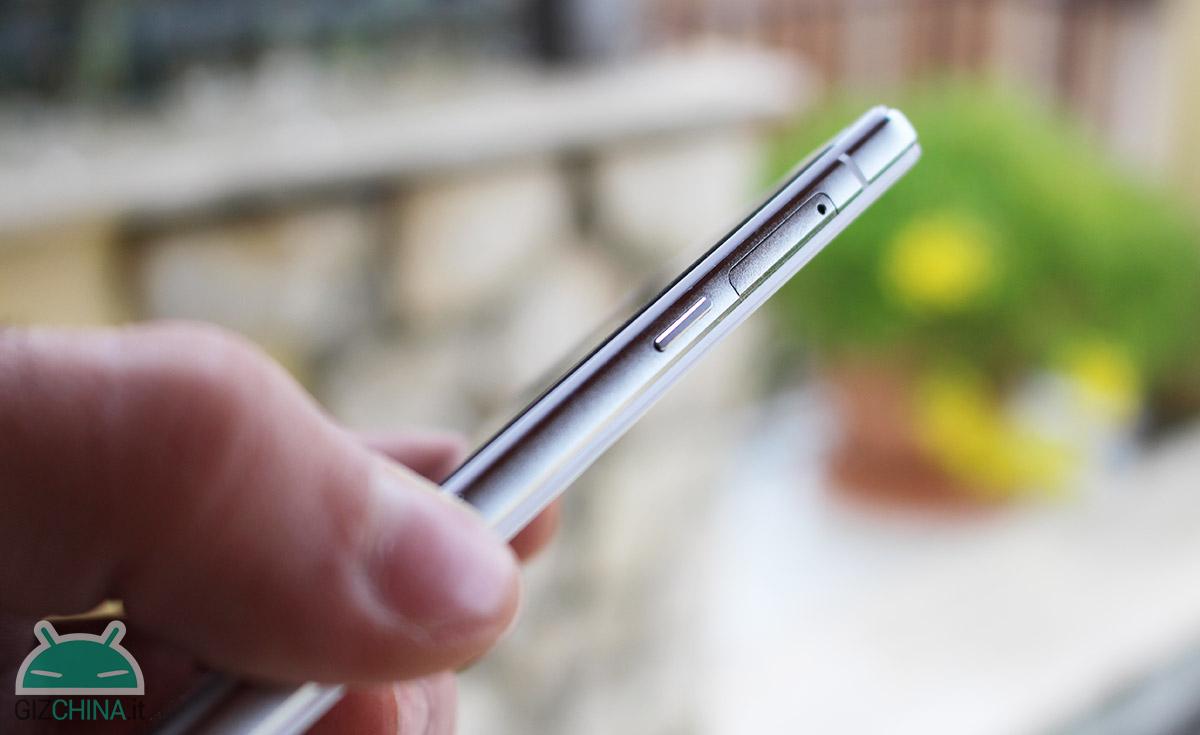 On the left side there is both the trolley for inserting the SIM and the micro SD, along with the power button, lock and power off. 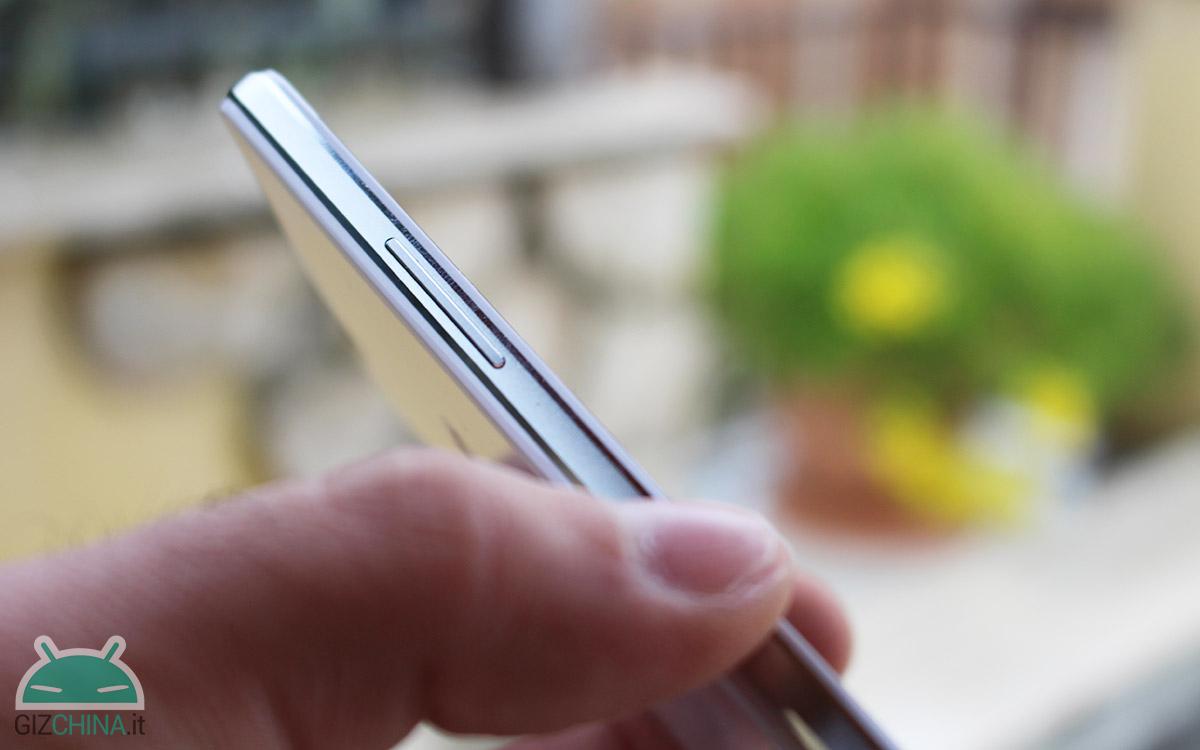 On the left side, however, there is the button for adjusting the volume. 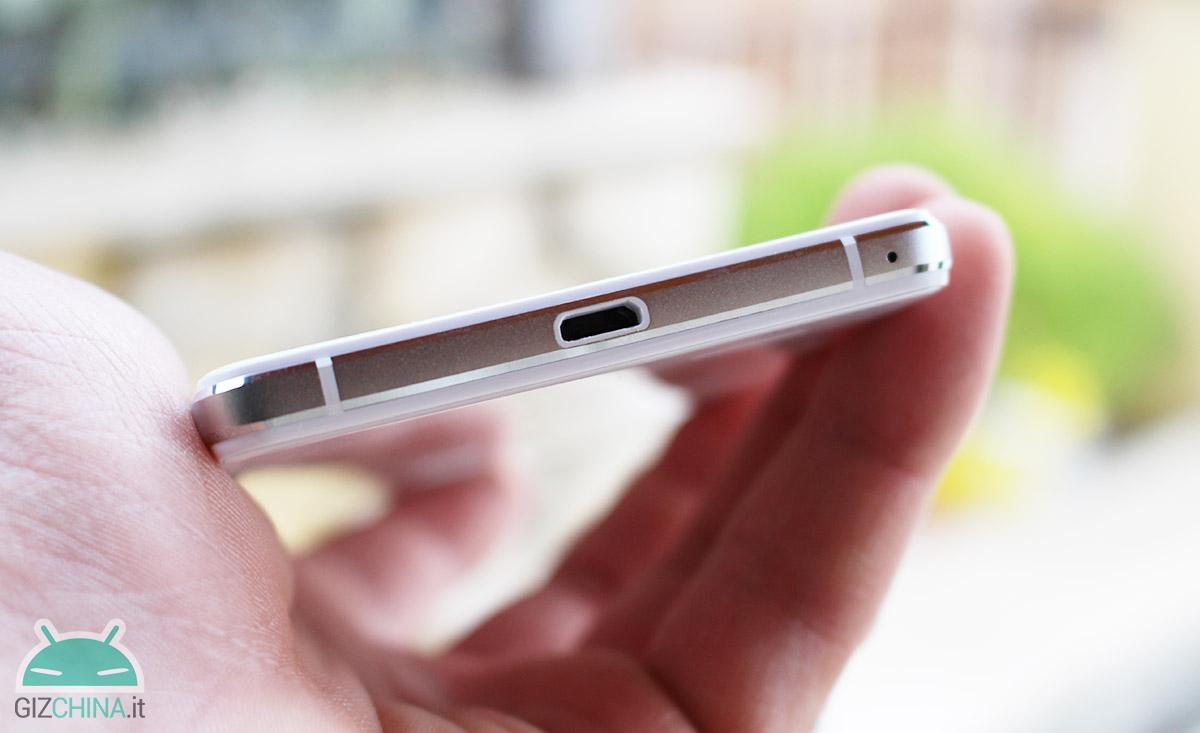 On the lower side, finally, we find only the micro USB connector for charging and on the far right the system microphone. 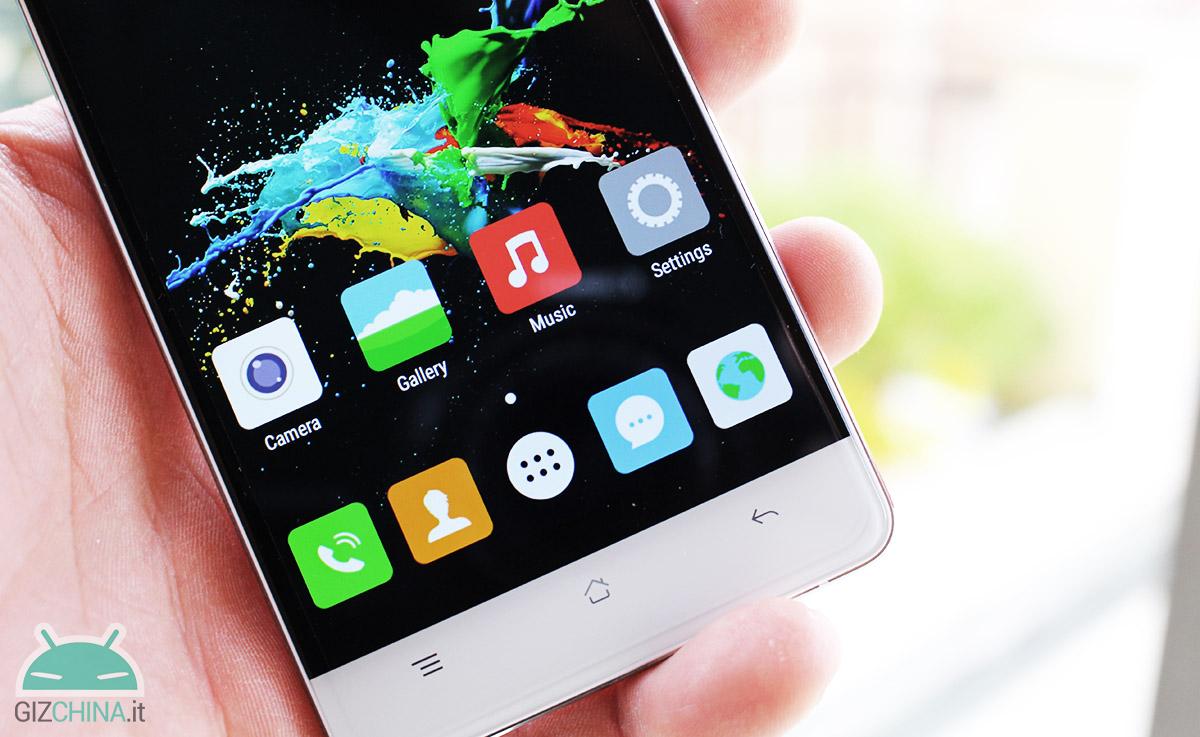 As usual, Cubot from this point of view it does not disappoint; as already mentioned for the S600, in fact, also the Cubot S500 it has a display with good colors, rather deep blacks and a fairly good viewing angle.

What is slightly out of place about this good display is definitely the perimeter black bands of the panel, which appears to be not well optimized also as regards the oleophobic treatment, since the imprinted impressions are very many.

Basically a display identical to the Cubot S600, and once again shows how the company has released a smartphone, then using the same hardware as previous models.

On board the Cubot S500 we find 16GB of internal memory, which, excluding the system partition and useful memory to the default apps, become about 11.17GB available User.

However, on the device it will be possible to expand the memory via Micro SD cards up to a maximum of 32GB, provided that you do not use the device in dual SIM mode, as the slot is shared and you can use a SIM + micro SD or, alternatively, two micro SIM.

Although the technical data sheet may not seem particularly promising, in the use of every day, intense or not, the Cubot S500 has never highlighted major gaps, which is why in its price range, the result is decidedly satisfactory e Cubot, like a few, manages to optimize the software to perfection.

In the test of gaming is certainly not the first in the class (especially in the speed of launch of the heaviest games), but in common operations, such as web browsing, playing simple movies up to FullHD (4K is not supported) and some others poco stressful, it absolutely does not disappoint.

Next, instead, find the results obtained in the benchmarking with the Cubot S500. 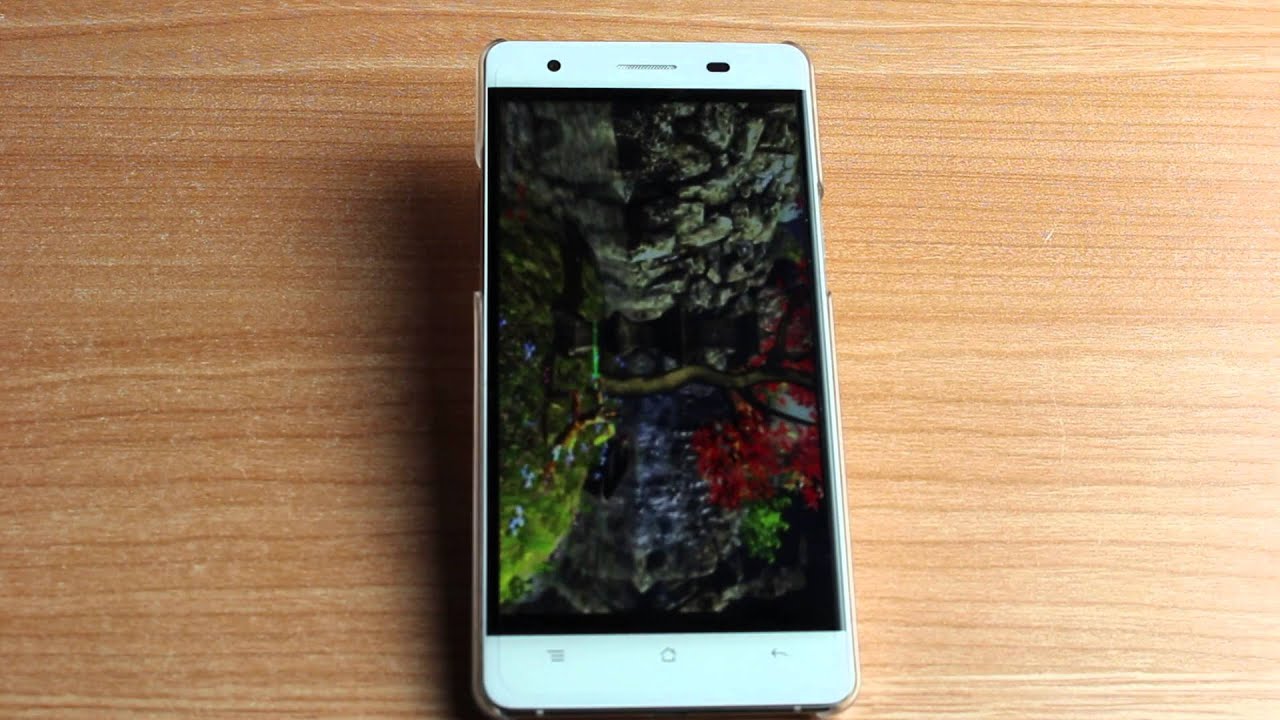 Unfortunately one of the aspects in which Cubot disappoints is thespeaker and its positioning; even on this S500, in fact, the speaker is placed in the back and, therefore, the levels of the audio output are not very high reason why, often, it may happen to lose some notification.

The quality, then, is only mediocre with an emphasis on the average frequencies first and secondly high with an almost absence of the low frequencies.

No problem in the telephone part; the device supports two SIM cards in MICRO format and all bands are supported, including the 20 band (800Mhz) for 4G LTE connectivity.

Also reliable is the GPS (with A-GPS), which is fast in fixing and stable in signaling the position; no problem even with Bluetooth which is in version 4.0.

The Wi-Fi connection in the Cubot S600 also created some difficulties during the test phase.

The camera supplied with the Cubot S500 and from 13 mega-pixels (XMUMX mega-pixel interpolated) with a sensor OmniVision OV8865 which, substantially, constitutes the only real difference with the twin Cubot S600. In terms of quality, the shots returned by Cubot S500 they are average good, in fair conditions of light, if it is good, while in the absence of lighting the shots, as usual, are pasty and slightly noisy.

La front room it is from 5 mega-pixel (of which we do not know information about the sensors used) and the quality is only slightly sufficient. 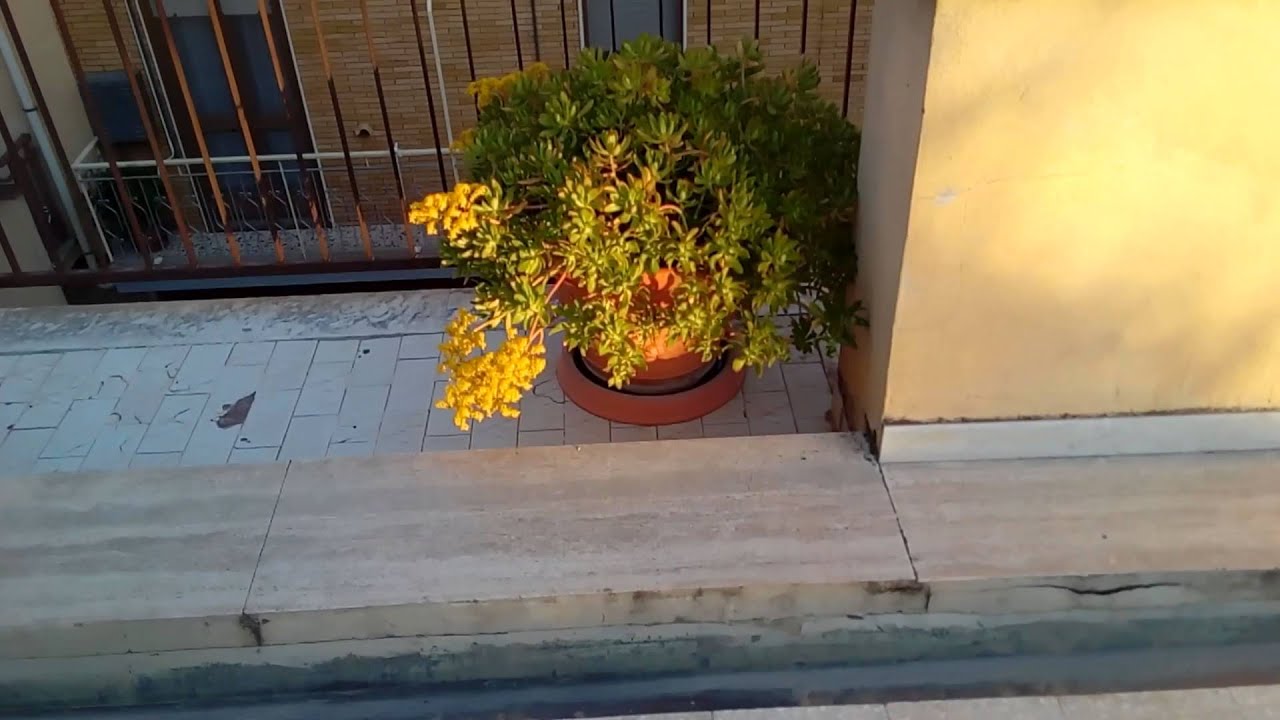 Cubot S500 is distributed with on board Android Lollipop 5.1 stock with only some very slight aesthetic changes by the manufacturer. Cubot, in fact, it is limited to insert a launcher more colorful than the stock of Google and to implement the now classic gesture with the screen off, including the useful double tap for unlocking.

Unlocking which, of course, can also occur through the reading of the impression with the sensor installed on the rear. The system appears to be overall rather reactive, even if sometimes some applications show crashes.

The battery also follows the same amperage as the Cubot S600 that, possessing the same hardware, manages to provide almost identical autonomy even in this model. Using the device in an intense way (4G active for 50% of the day), the Cubot S500 from morning to about 8 manages to arrive late in the evening over the 22.

Active screen hours fluctuate from 4 hours and a half to 5 hours, which considering the amperage of only 2700 mAh, turns out to be definitely an excellent goal.

Again Cubot it amazes us with a product that, in the band in which it is inserted, is undoubtedly destined to do well. The device, moreover, being very similar to S600 many of you will wonder which one should buy in the face of approx 35-40 euro difference on the sale price.

The similarities between the two devices are really very many, and the only truly remarkable differences can be seen in the photographic sensors, from 8 mega-pixels in this "minor" model while from 16 mega-pixels in 'S600, technically noticeable difference but practically much less.

Cubot S500therefore, for those interested it can be purchased on MyEfox at about the price 103 €.