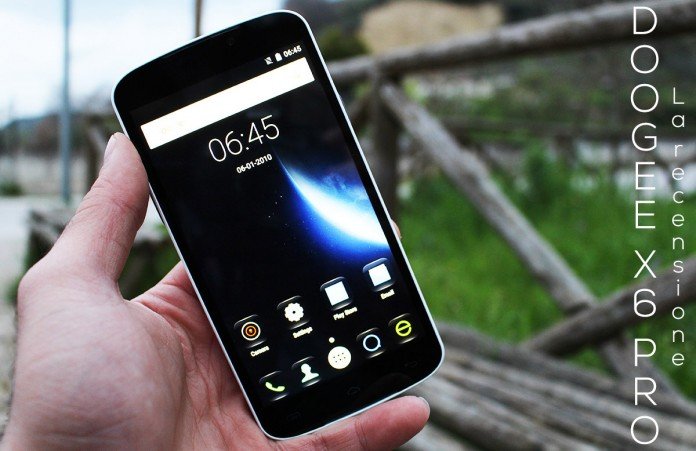 A few weeks ago we told you about the Doogee X6, a low-cost low-end device that had not thrilled us and that we had recommended only to a very limited type of users; to poco time away, we have the opportunity to try the Doogee X6 Pro and, as usual, we are ready to give you our judgments.

A new generation processor, the compatibility with the 4G and a little more meat at the fire set by Doogee to try and make this device more attractive. The result? Find out in our review. 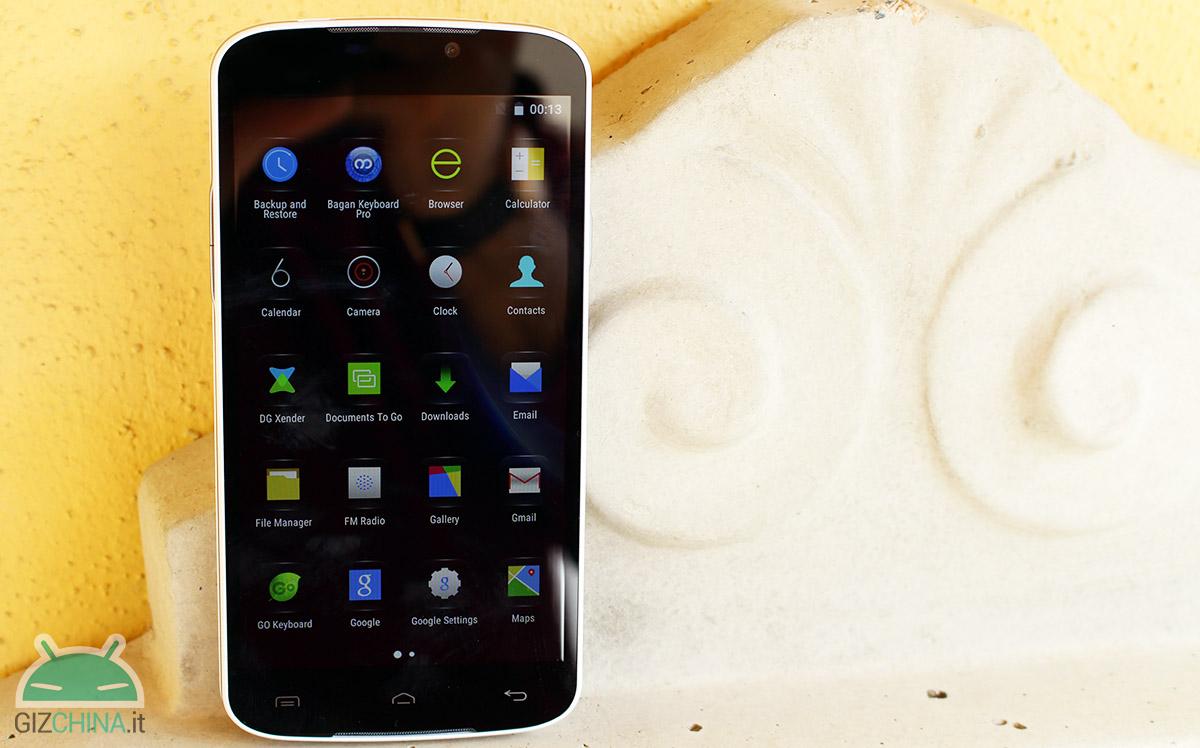 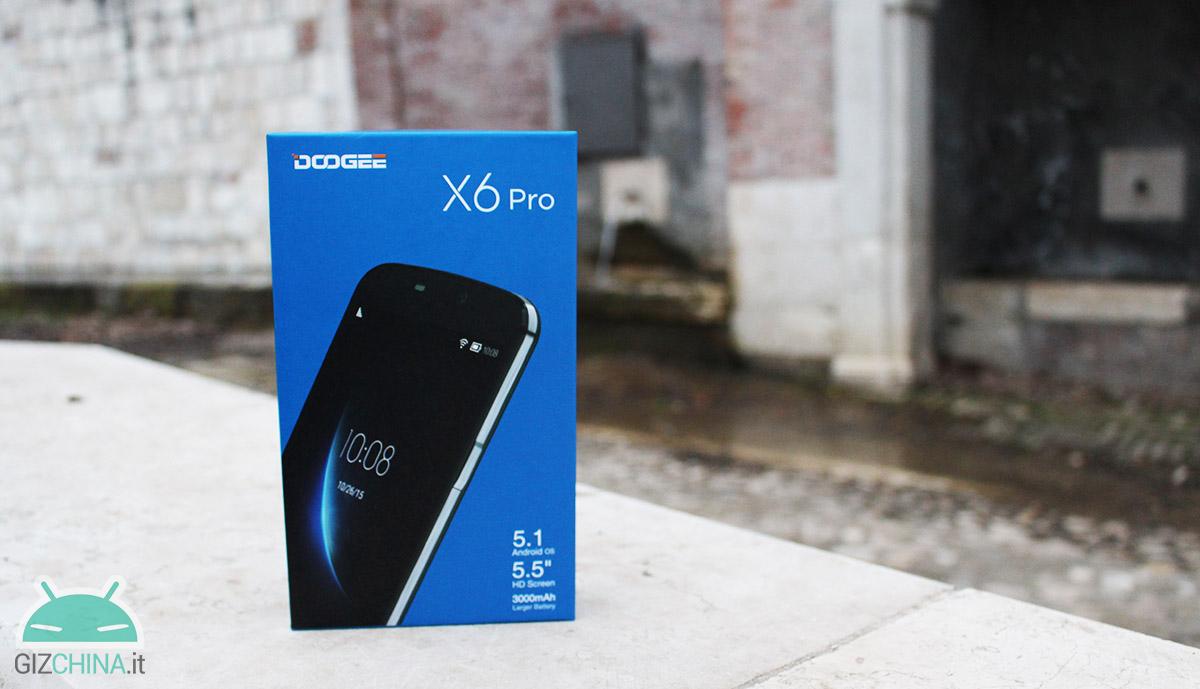 Practically identical to that of the standard variant, inside the sales package of the Doogee X6 Pro we find: 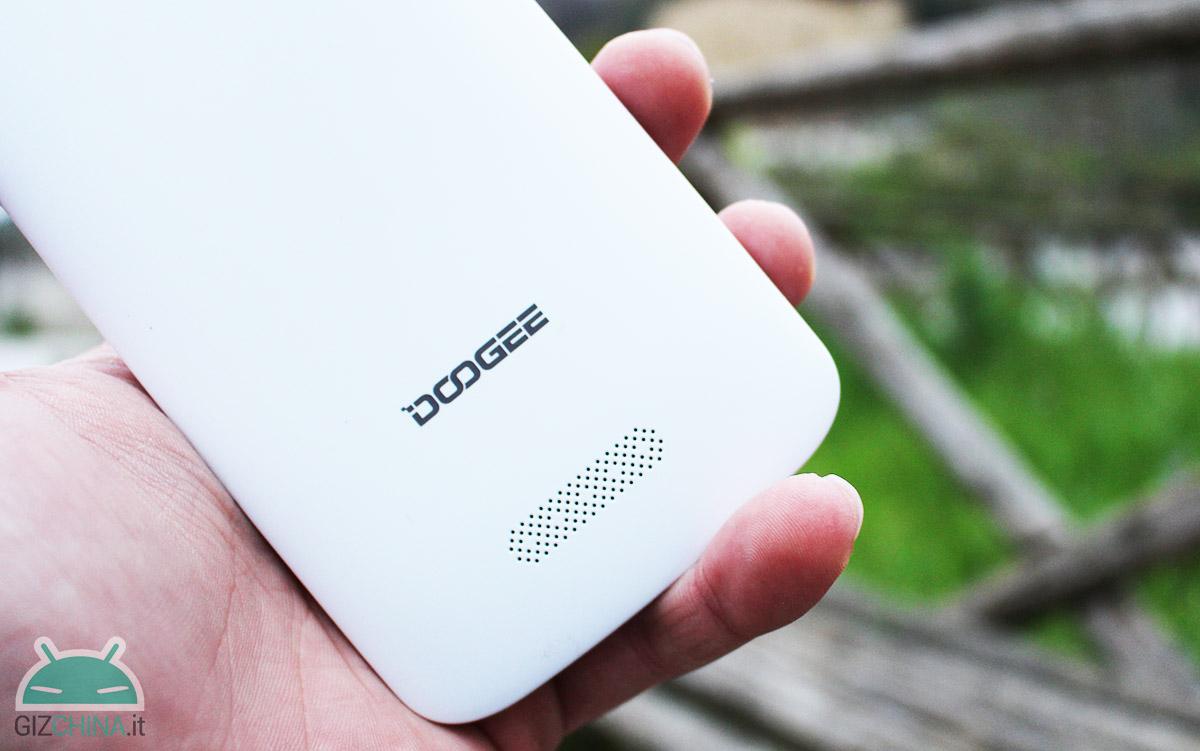 On a constructive level we are faced with a smartphone entirely made of plastic and from the standard shapes but with a particularity in the keys, given the presence on the side frame, in plastic with metal-like texture, of the "Elasticity Arm" keys, built in line with the frame, which, in addition to giving the design an extra touch of originality, guarantee greater durability over time.

The device, therefore, is practically identical to the Doogee X6 already analyzed in the past, with which it also shares the dimensions of 155 x 78.6 x 9.5 mm, with a weight of well 182 grams.

Ergonomically, the device does not fully convince; beyond the not well optimized dimensions and a decidedly weight poco content, the Doogee X6 Pro It has a back cover that is slightly slippery, which is why one-handed use is often compromised.

Next, instead, find the layout of the buttons and the inputs on the Doogee X6 Pro. 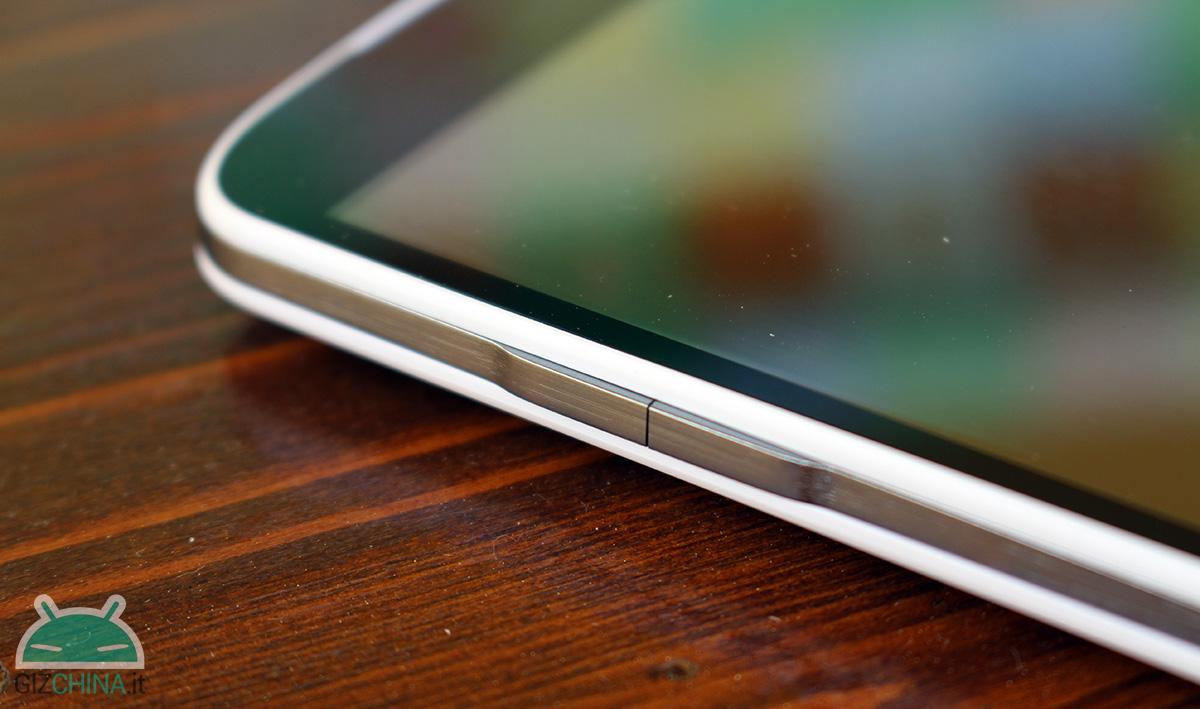 Starting from the left side the Doogee X6 Pro presents the classic rocker for volume adjustment. 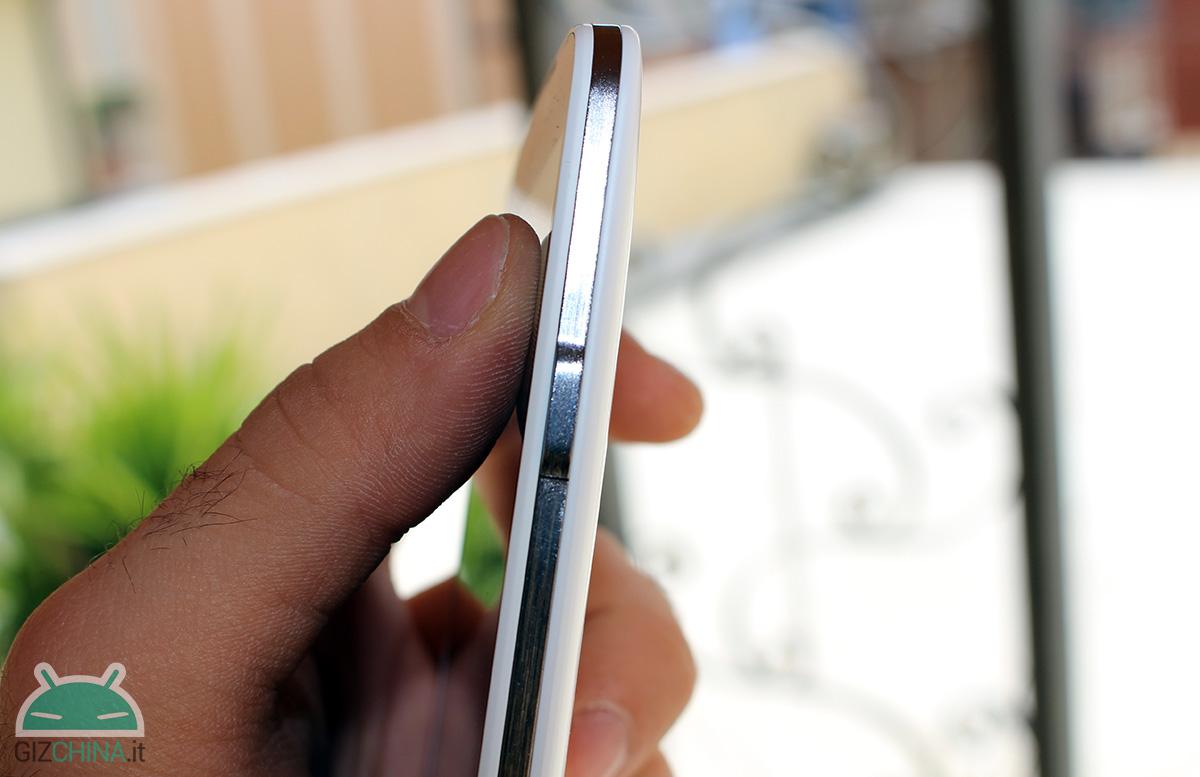 On the right side, on the other hand, the on / off and off button was inserted. 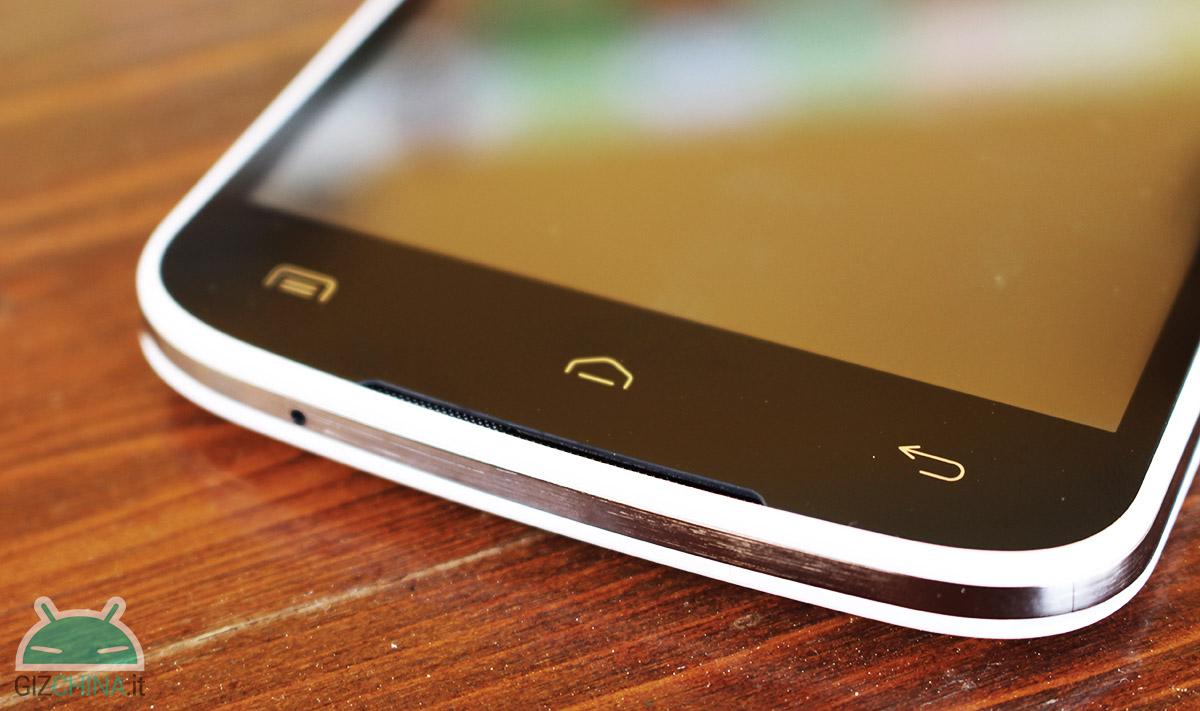 In the lower part we find simply the main system microphone, while on the front there are the chromed and not backlit touch keys. 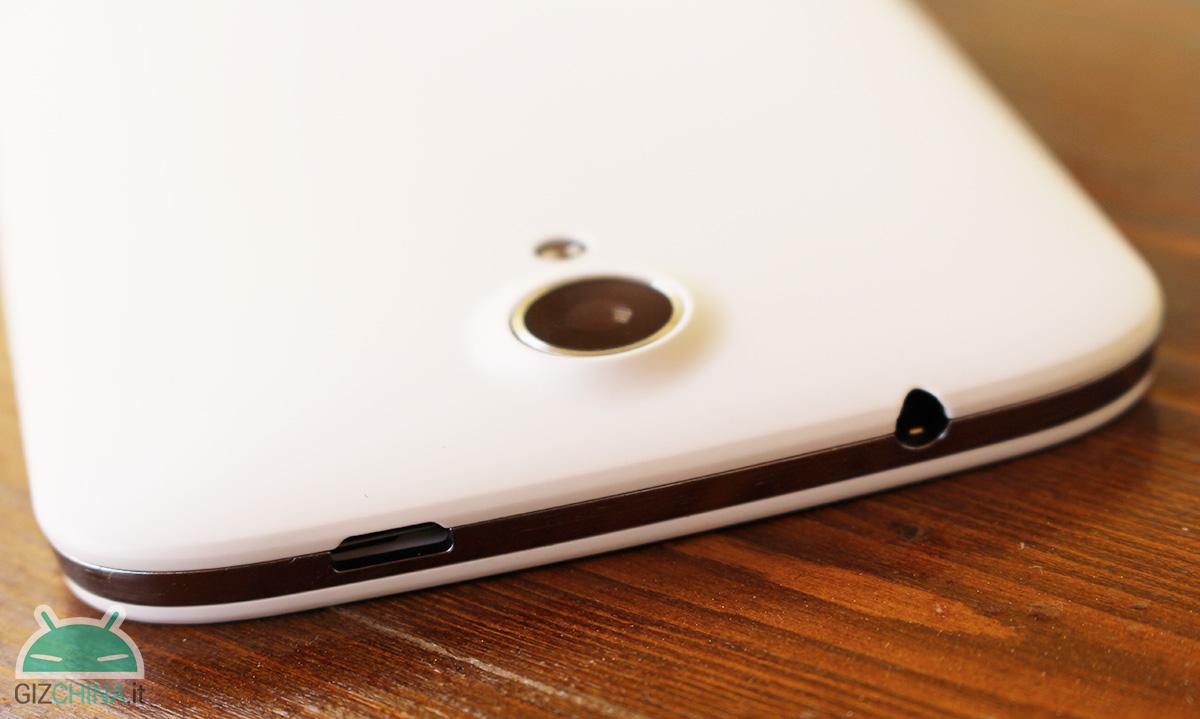 Finally, at the top there is the micro USB connector together with the 3.5mm headphone jack. 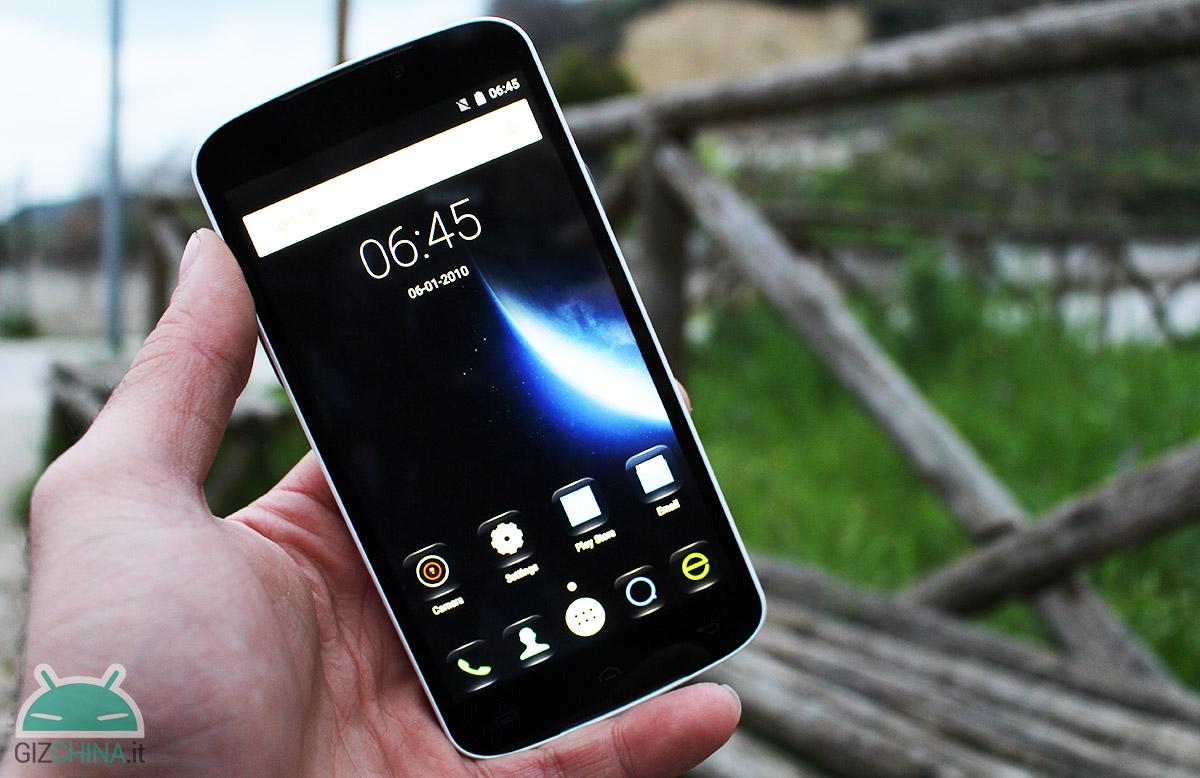 Just like the younger brother, the display of the X6 Pro is a unit from 5.5 inches diagonal with resolution HD 1280 x 720 pixel and density equal to PPI 267.

La color rendering he is alone sufficient, with gods blacks not particularly deep and slightly grayish when turning the display. However, the option is present Miravision, with which you can adjust the contrast and saturation of the display to your taste. The viewing angle is discreet, with no particular critical issues.

La maximum brightness it is set to one level sufficient, ensuring an acceptable visibility under the sun, but the brightness sensor is not very reliable, given the fact that it is lazy in setting changes, while at other times totally the opposite.

Il touch screen è sufficient, but multi-touch is limited to 2 touches simultaneous, an aspect not to be underestimated if you are a "velocity typers".

Aboard Doogee X6 Pro are 16GB of internal memory, which, excluding the system partition and useful memory to the default apps, become about 10GB available User.

However, on the device it will be possible to expand the memory via Micro SD cards up to a maximum of 32GB, thanks to the slot in the back and that will allow you to use the two SIM cards at the same time, considering the fact that it is not shared with one of the two.

At least at the level of components Doogee took a few steps forward with this model, giving it no more than an "old-gen" processor, but a younger one Mediatek MT6735P which, although low-end, is compatible with LTE and instructions 64 bits.

The data sheet, therefore, in addition to the processor MT6735P Quad-Core 1GHz, presents well 2GB of RAM memory LPDDR3 a 533MHz and a GPU Mali T-720 MP2 400 MHz, components that compared to the standard variant of the device are slightly higher and guarantee, in some ways, performance of poco best.

In everyday use, in operations such as web browsing, and in games such as Asphalt 8 e Real Racing 3 the device runs in an enjoyable way (clearly in gaming we talk about low details), without going under stress in a particular way.

Furthermore, the Doogee X6 does not heat up, thanks to both the plastic construction and low-power performance: in video playback, finally, the device seems to be compatible with the samples in FullHD MP4 and MKV, while the 4K are not even remotely supported.

Next, instead, find the benchmarking performed with the Doogee X6 Pro. 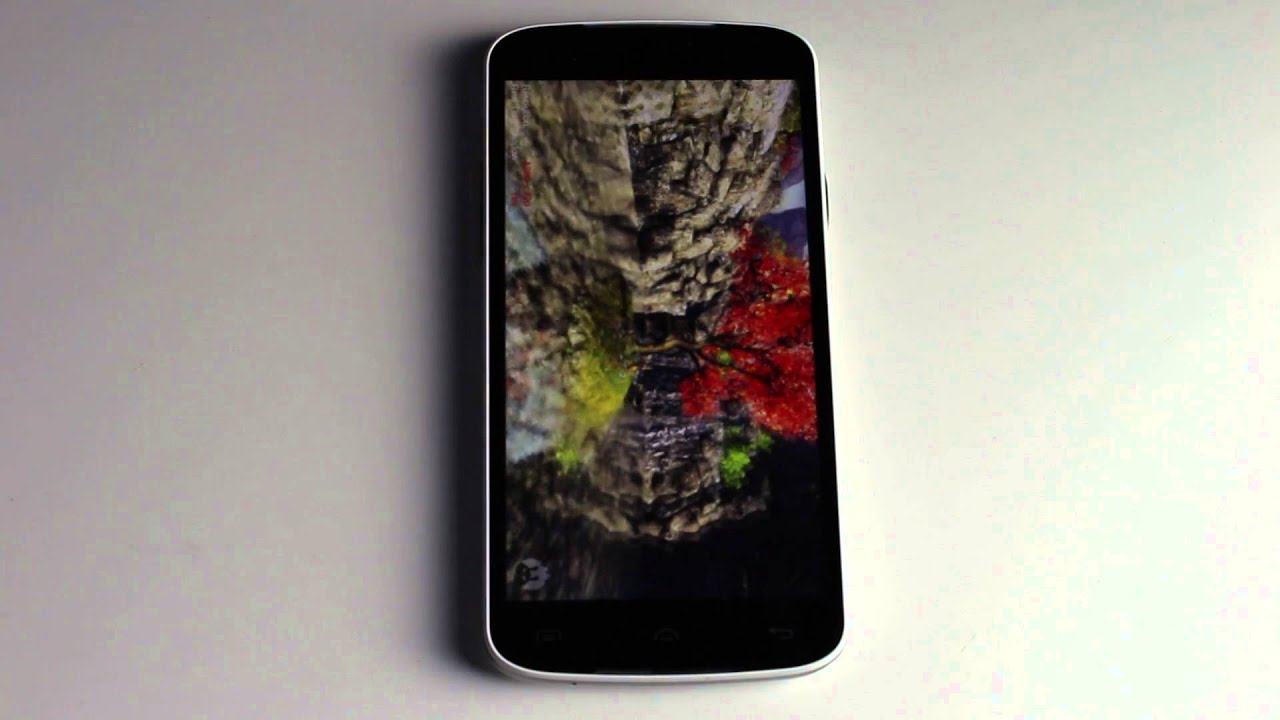 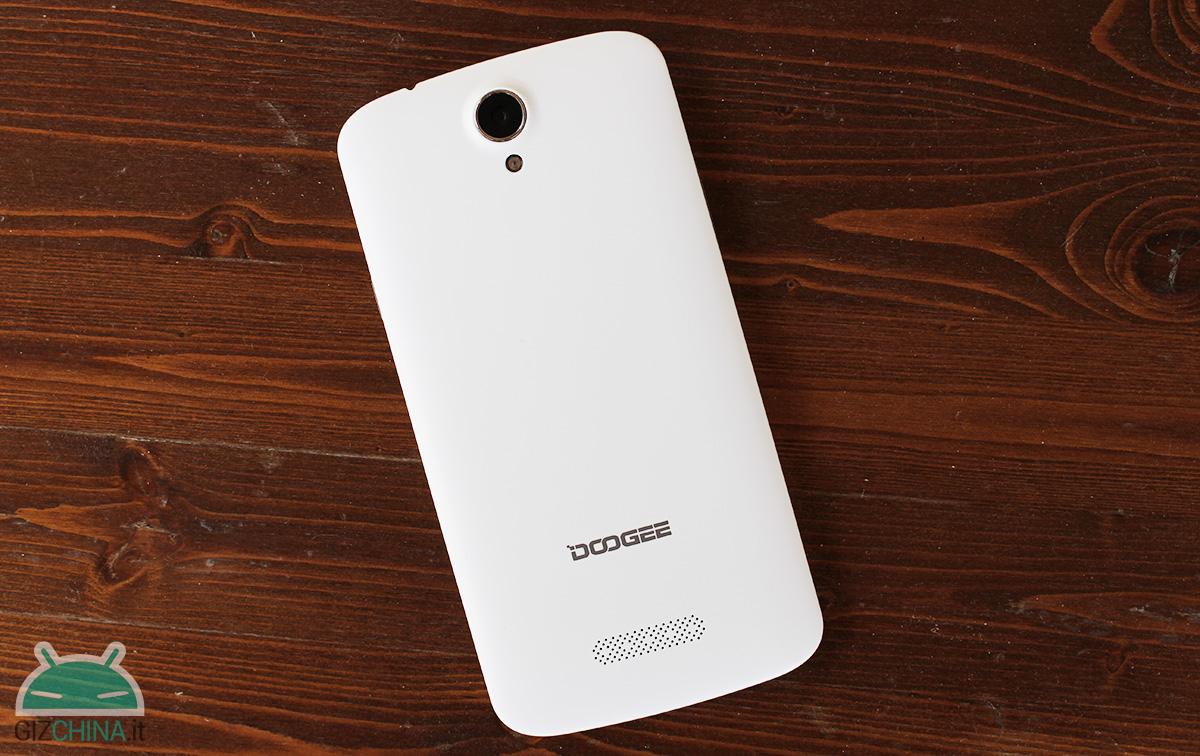 Negative aspect that the Doogee X6 Pro shares with the standard variant is thespeaker which, in addition to being positioned in the back, has always been recognized as a "critical point", during the use of every day DON'T manages to be satisfactory due to a volume maximum output not sufficient and often too short to be heard.

Furthermore, the quality is not the best, since the sound is muffled and poco clean.

The biggest and most interesting difference from the standard model X6 already reviewed, is the presence of a new generation modem which guarantees, therefore, full compatibility with the LTE networks which, with this device, are well functioning.

Present the support to the Dual SIM as well as the band 20 (800MHz) for the 4G; good reception, fast switches and no problem to highlight indoors.

The bluetooth coupled with some smartwatches did not make us difficult, as well as the Wi-Fi that after a few "settling hours" did not highlight major problems.

The compartment camera it remained the same, so we have a photo sensor from 5 mega-pixels in the back (which reaches the 8 mega-pixels via software interpolation), while in the front the camera is from 2 mega-pixel (5, always interpolated).

The quality of the shots is really low in all conditions; the photographs are almost always opaque, with a white patina that seems to afflict every shot making it poco sharp and defined. The flash works poorly and, even if used with very close subjects, it is difficult to illuminate the “scene”. 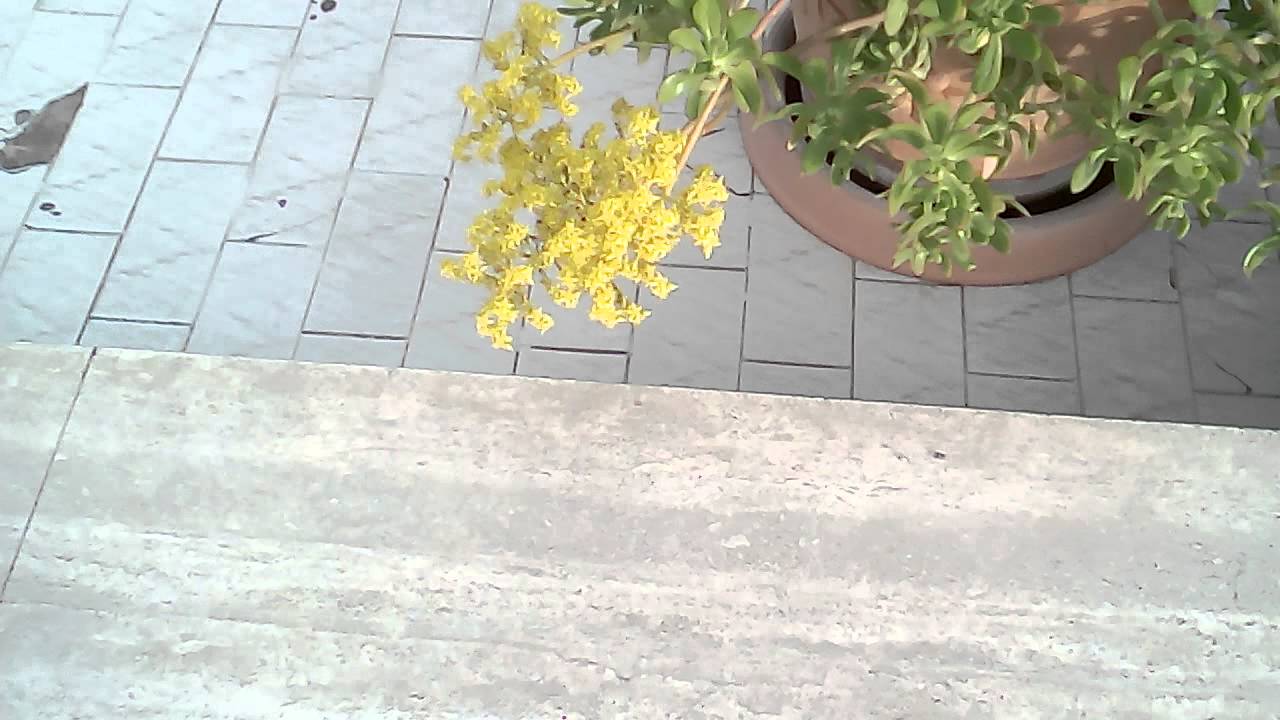 Doogee X6 Pro mounts on board Android Lollipop 5.1, with a modified ROM in the interface but with the stock heart; at the function level Doogee added the classic customizations of all time, or the Wake Gesture, the programmed power on and off and a few others.

In terms of optimization, the device runs smoothly; the browser is the usual stock of Android, as well as other applications in which we find only some graphic changes.

Speaking of autonomy, Doogee X6 Pro like his younger brother he is able to guarantee good results, being in possession of a declared low-end performance processor, but a "high" band in terms of energy saving.

In everyday use, the Doogee X6 Pro thanks to its battery (removable) from 3000 mAh allows us to make stressful days from 8 to 21.30 approximately, with almost 4 hours and a half of active screen with Wi-Fi and 4G in equal proportion and maximum brightness.

Doogee X6 Pro, as already mentioned for the standard variant, is a device recommended for users who are looking for a good secondary smartphone, able to perform any function in a dignified way, but above all that does not cost a fortune.

If we wanted to make a comparison with the Doogee X6, the smartphone today in question is definitely more recommended because of the compatibility with the 4G and a few other aspects that make the Pro variant definitely more palatable.