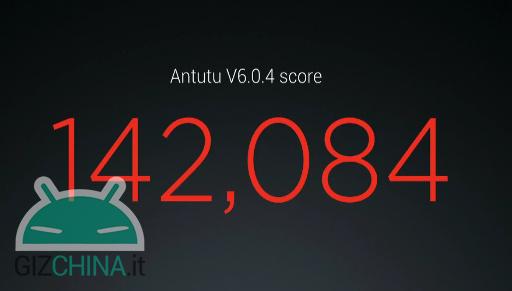 Il Mobile World Congress Barcelona has so far produced interesting technological products and we have seen the presentation of numerous top-of-the-range smartphones.

The protagonists were definitely Samsung, LG e Xiaomi, who presented their respective new flagships, ie Galaxy S7 ed S7 Edge, LG G5 and Xiaomi Mi 5, all equipped with the new processor Qualcomm Snapdragon 820, except for the Galaxy S7 which will also be available in a version with Exynos proprietary SoC in some markets, including ours.

Hugo Barra, keynote speaker at the conference Xiaomi in Barcelona, ​​describing the Xiaomi Mi 5 and its technical characteristics showed the well score 142.084 obtained with the new device on AnTuTu v.6.0.4, thus beating the results of rivals Galaxy S7/S7 Edge, with 116.668 points e G5, with 133.054 points.

These results must also be evaluated in terms of the hardware on board the devices, since both the G5 and the Galaxy S7 mount resolution display QHD, which certainly affects the benchmark result. Of great interest will be the comparisons between the three devices to test their usability and fluidity in the most diverse conditions.

Among the technical features on which Hugo Barra has continued to linger, we certainly find the photographic sector, which boasts a main sensor Sony IMX298 by well 16 mega-pixels with opening f / 2.0, whose plus is represented by one optical image stabilizer (OIS) working on four axles.

During the conference Hugo Barra showed a video (which you can view below), in which the optical image stabilization system of the image is compared Xiaomi Mi 5 comparing it to that of iphone 6S ed 6S Plus, from which it is evident the goodness of the solution chosen by the Chinese company for its top of the range.

The usefulness ofOIS in many situations it is incredibly important, especially in point-and-shoot photographs where it seems that the Xiaomi device makes the most of the technology it is equipped with.

Taking a look at some photos in reduced resolution, which have been posted on the official website Xiaomi in the section dedicated to My 5, you can see the remarkable improvements compared to its predecessor Xiaomi Mi 4.

The improvements are present from every point of view, such as the brightness of the images as well as the shots in low light conditions; however, it will be necessary to carry out more tests on the photographic sector to express a final judgment on the sensor from 16 mega-pixels which is equipped with the new top of the range of the Chinese giant.

For the moment we leave you with a photo gallery of some shots made with it Xiaomi Mi 5:

What do you think of the new features on board the top of the house range Xiaomi? Keep following us and let us know your comments on our channels Facebook, YouTube e Twitter.