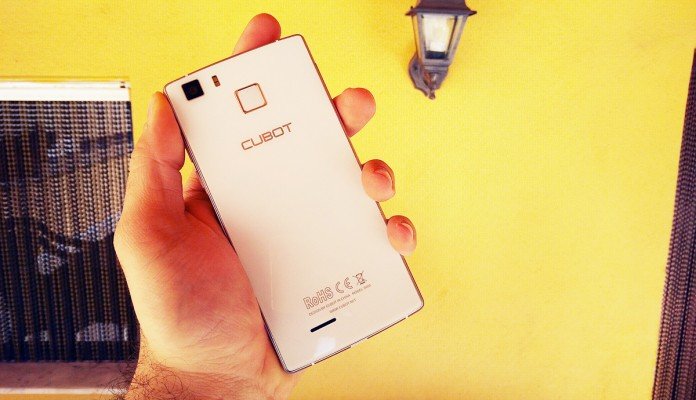 The Chinese company Cubot by now it has accustomed us to products that combine good technical specifications with an excellent quality / price ratio; the latest born from the company is the Cubot S600, a smartphone that, made entirely of aluminum and glass, turns out to be very elegant and performing.

Furthermore, the S600 is the first device of the Chinese company to have a biometric sensor for unlocking, which, occupying an area of 12mm, ensures a speed of release and responsiveness, sponsored by the company in 0.3s. Will it be true? Find out the details in our review. 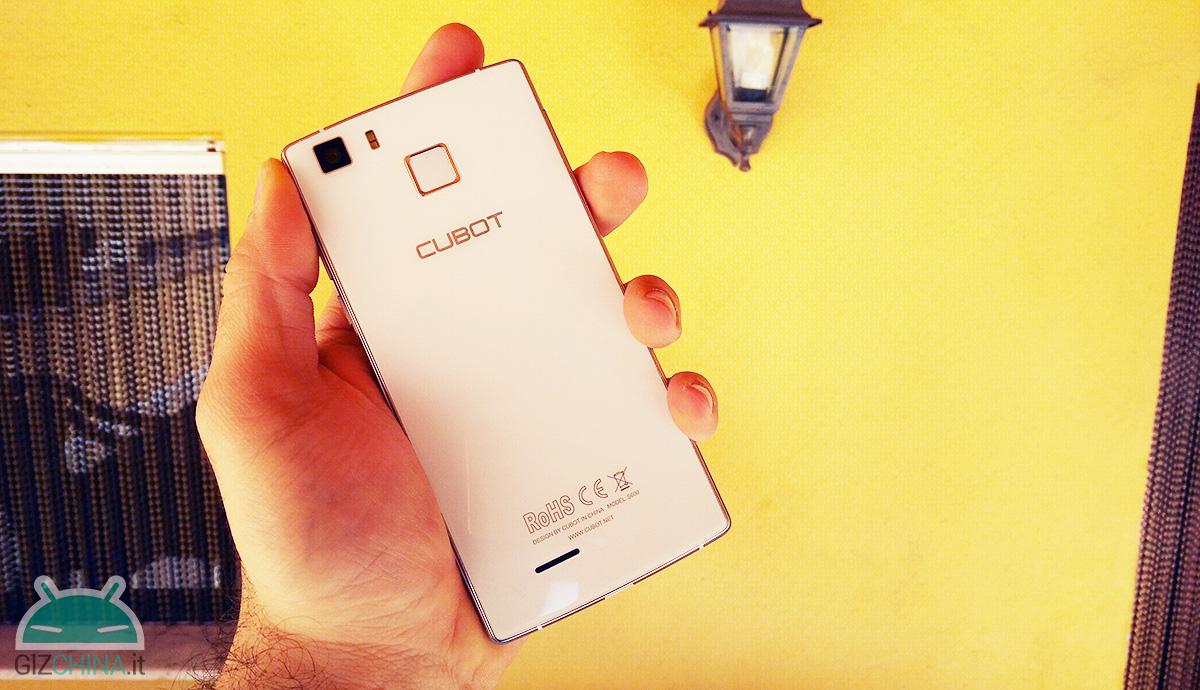 Cubot S600 is available on

classical sales package for the Cubot device; inside the sales box we find: 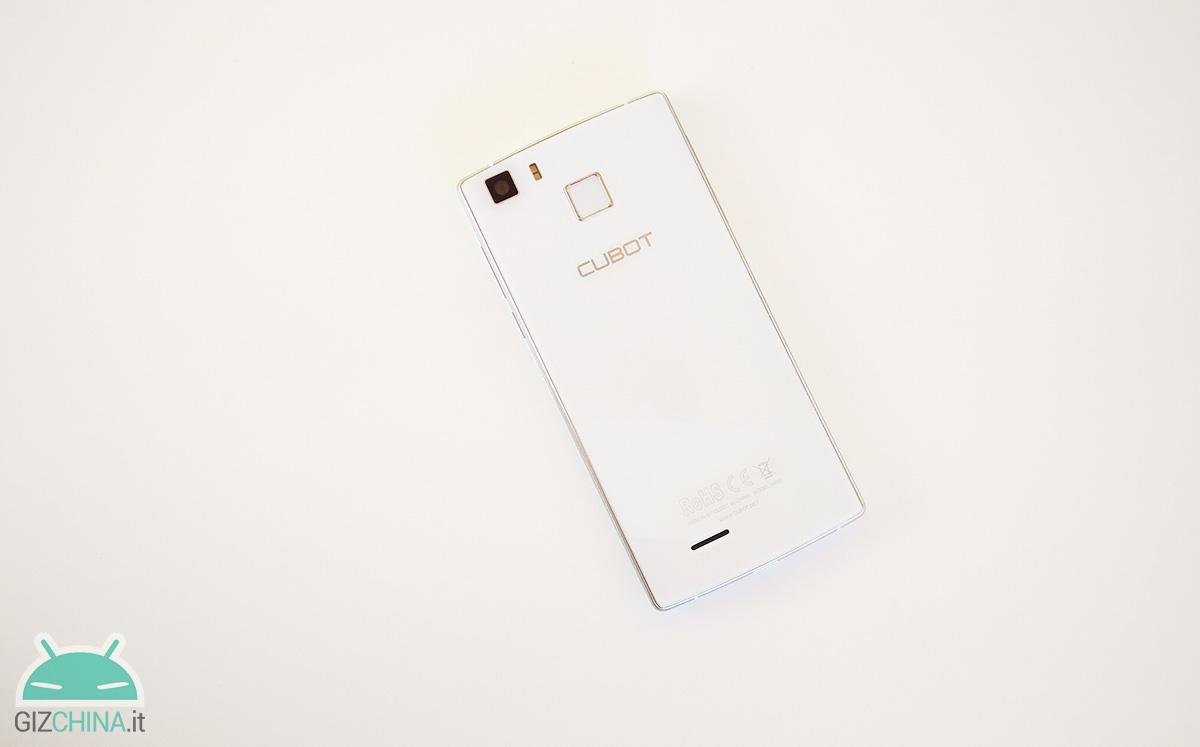 One of the strengths of the last born in the Cubot house is the constructive aspect; the design is well taken care of and the device is probably one of the best made in recent times by the Chinese brand.

Cubot S600in fact, it is built in glass (with 2.5D curvature) in the front and rear bodies and in aluminum in the side frame even if, despite being very elegant, it does not manage to convey a “premium” feeling. S600 measures 146.5 71.3 x x 7.5mm per 170 grams of weight; in the hand is held well and is easily usable with one hand, although it can often be slippery.

The assembly is good, but there are some aspects that leave something to be desired, one of which concerns the trolley for the insertion of the SIM which turns out to be not very firm in the coupling (it is slightly "dancer").

Next, instead, find the arrangement of the buttons and inputs on the Cubot S600. 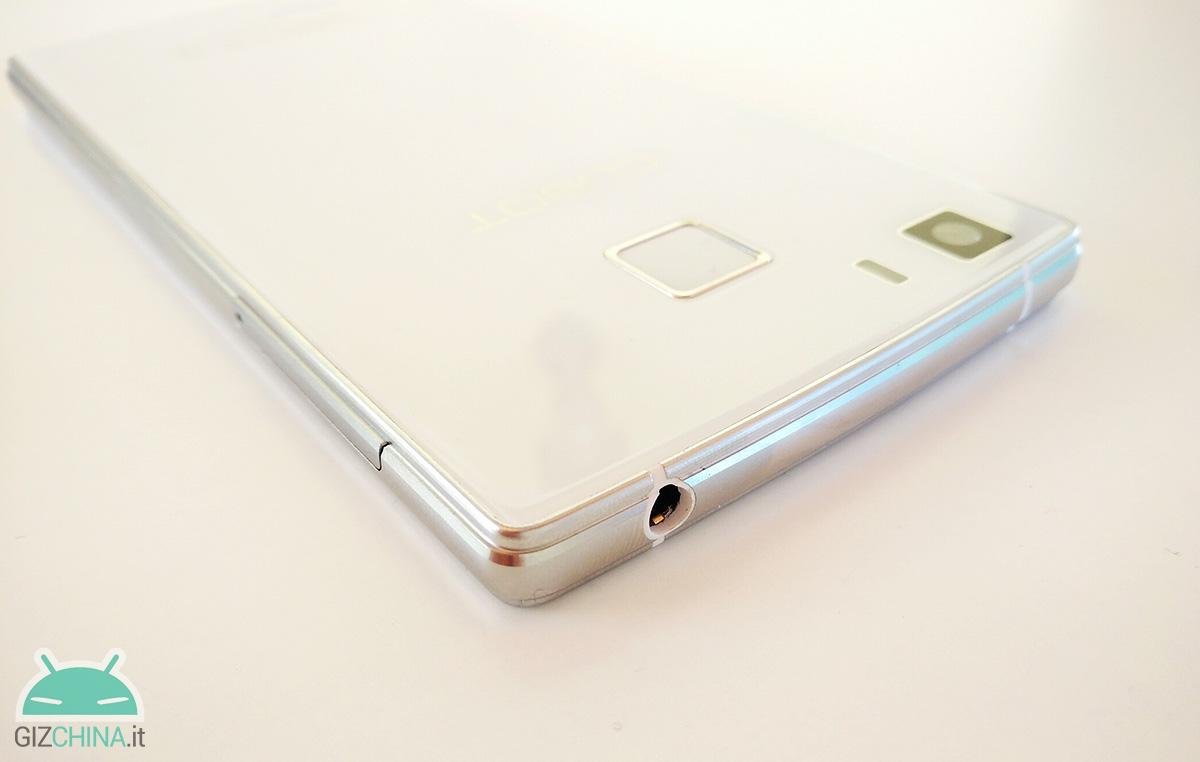 At the top of the smartphone we find the 3.5mm jack for the use of headphones. 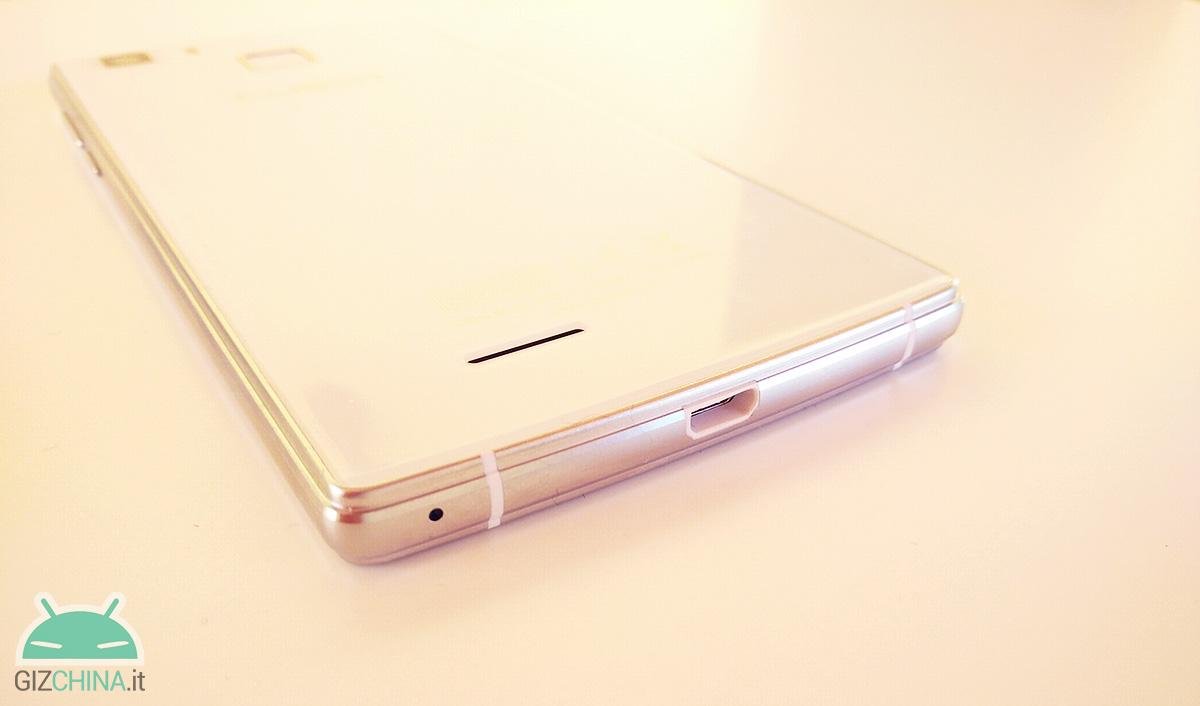 At the bottom, however, on the left, there is the microphone, while in the center the micro USB connector. 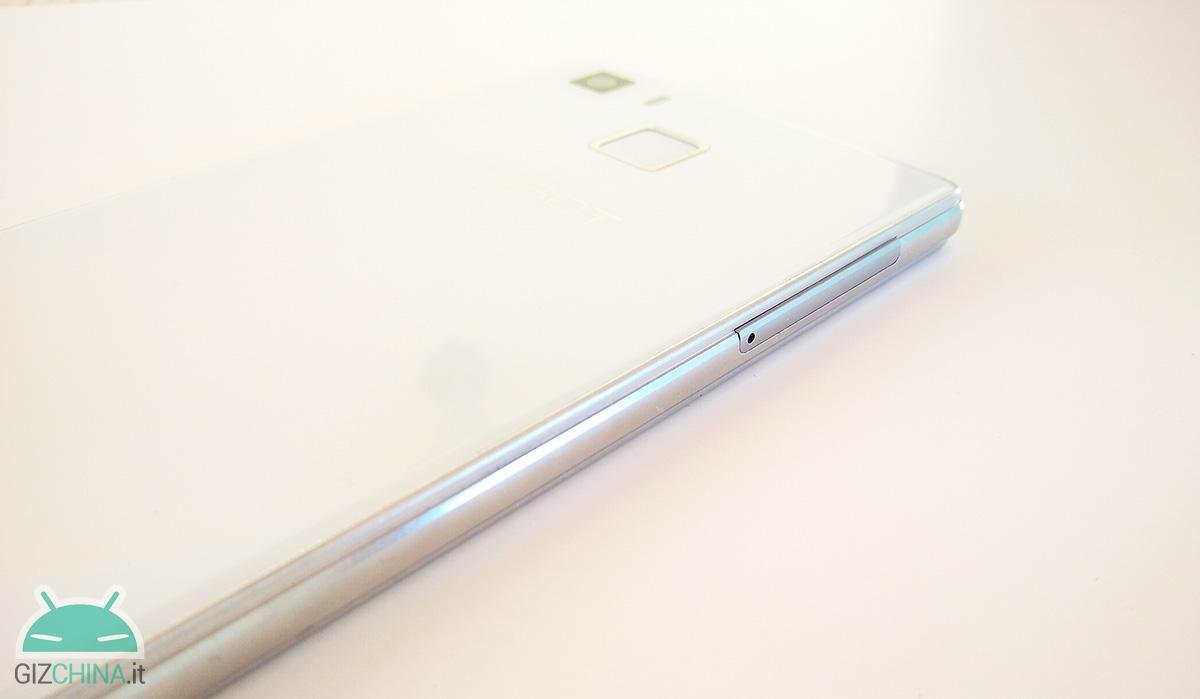 On the right side we find the trolley for the insertion of the two SIM or microSD. 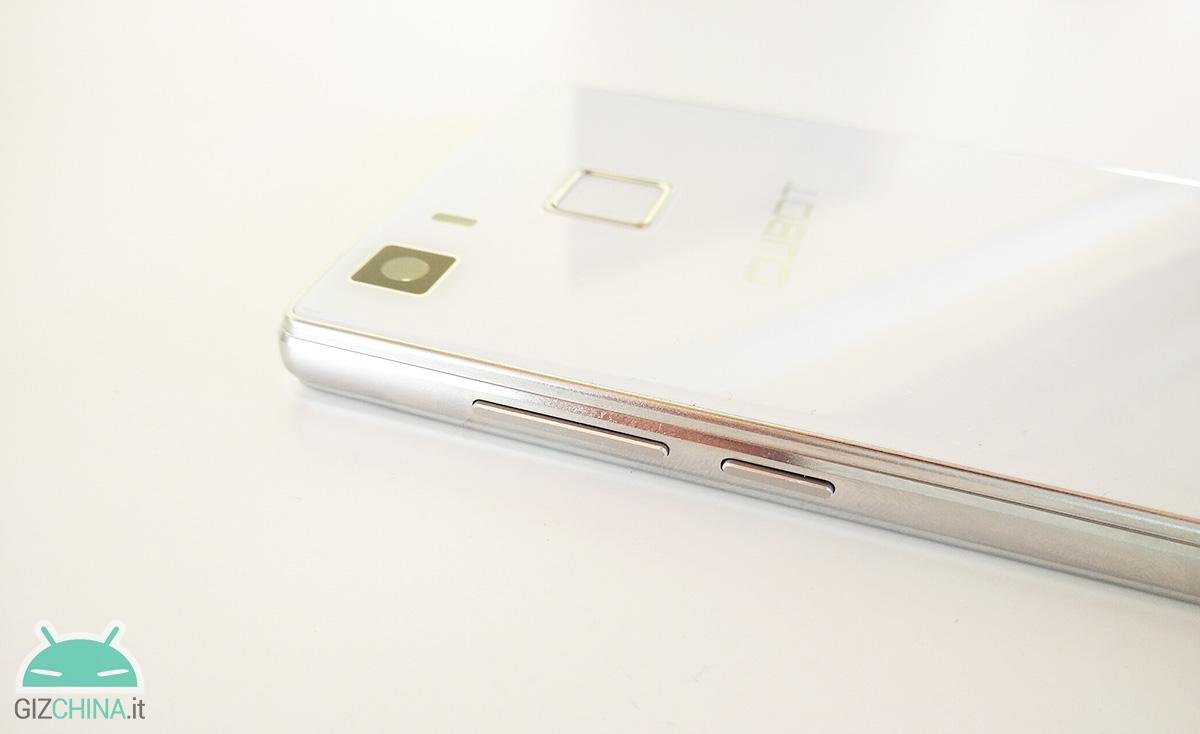 On the opposite side there is the rocker arm for adjusting the volume and the on / off and off button. 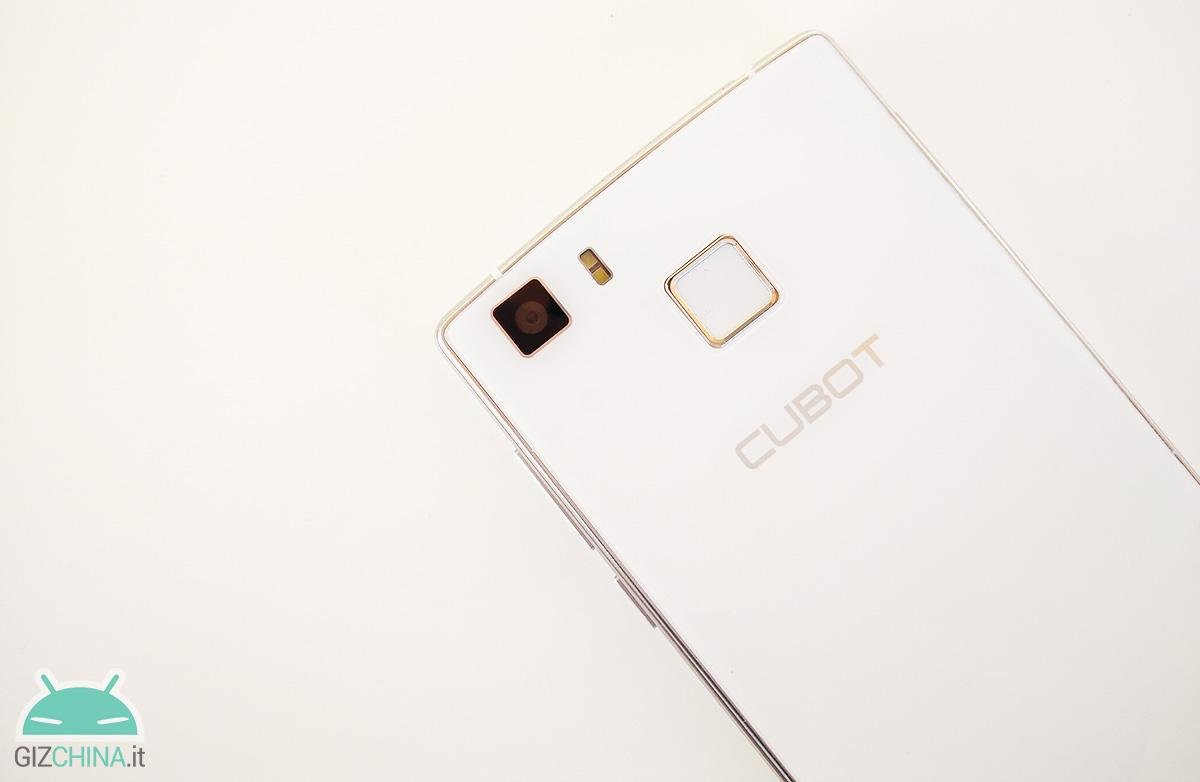 In the rear, finally, in the upper left corner, we have the 13 mega-pixel camera, the dual LED flash and the biometric sensor, characterized by a square shape and slightly rounded corners. 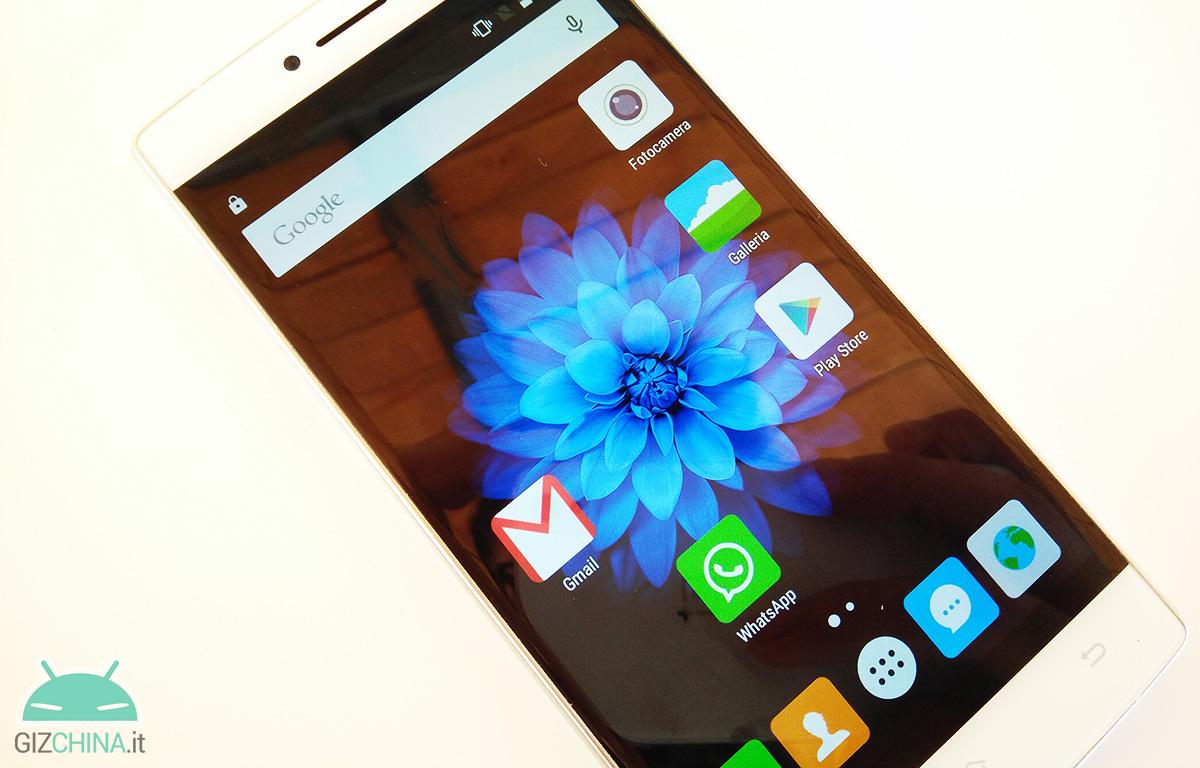 As usual Cubot does not disappoint from this point of view; like its predecessors, in fact, even the Cubot S600 has a display with good colors, rather deep blacks and a pretty good viewing angle.

What is slightly out of place in this good display are certainly the black perimeter bands of the panel, which turns out to be not well optimized also with regard to the oleophobic treatment, since the imprints retained are definitely many.

On board the Cubot S600 we find 16GB of internal memory, which, excluding the system partition and useful memory to the default apps, become about 11.74GB available User.

However, on the device it will be possible to expand the memory via Micro SD cards up to a maximum of 32GB, provided that you do not use the device in dual SIM mode, as the slot is shared and you can use a SIM + micro SD or, alternatively, two micro SIM.

Cubot S600 does not fit in the high-end or market average, but prefers to remain in a slightly lower segment and the hardware it is equipped with is testimony. The S600, in fact, is equipped with a quad-core processor Mediatek MT6735A to 64-bit with cock from 1.3GHz ARM Cortex-A53 (28nm), 2GB RAM memory LPPDR3 533MHZ and one GPU Mali-T720.

Although the technical data sheet may not seem particularly promising, in everyday use, intense or not, the Cubot S600 has never highlighted major gaps, which is why in its price range, the result is decidedly satisfactory.

In gaming tests it is certainly not the first in the class (especially in the speed of launching the heaviest games), but in common operations, such as WEB browsing, playing simple movies up to FullHD (the 4K in MP4 format and H.264 codec is not supported) and some other basics, it does not disappoint at all.

Next, instead, find the results obtained in the benchmarking with the Cubot S600. 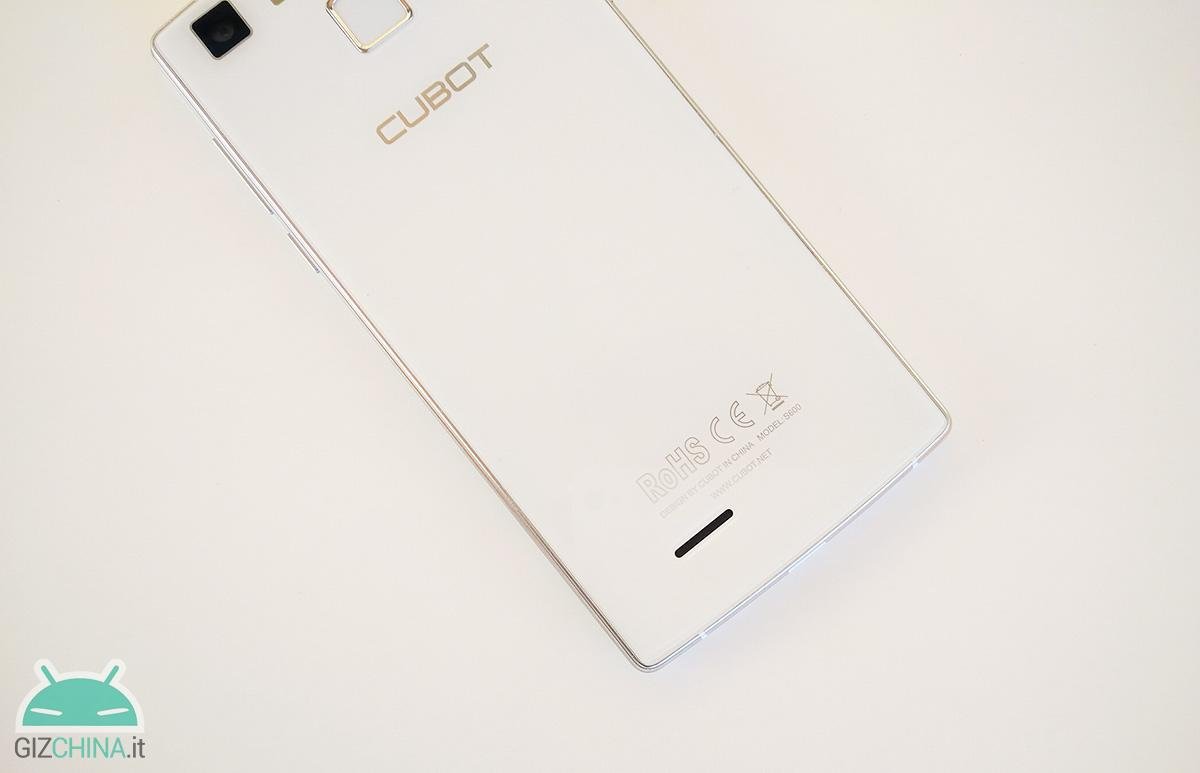 From the point of view audio the results obtained with the Cubot S600 are not absolutely satisfactory; first of all, the speaker is placed in the back, which is a not very happy position, especially for listening to music with the device in "desktop" mode.

But to this is added the speaker volume, which turns out to be decidedly below average and which, even if set to maximum, in environments with a little noise will make it difficult to perceive the arrival of notifications or a call on the device.

At least technically speaking the S600 Cube in the connectivity compartment does not highlight any gap; in daily use, however, you can see small problems with the connection Wi-Fi, which often falls during use and which, therefore, makes it particularly difficult for large downloads, given the frequent disconnections and poor signal stability.

No problem, however, in the telephone part; the device supports two SIM cards in MICRO format and all bands are supported, including the 20 band (800Mhz) for 4G LTE connectivity.

Also reliable is the GPS (with A-GPS), which is fast in fixing and stable in signaling the position; no problem even with Bluetooth which is in version 4.0.

Regarding the photographic sector, the Cubot S600 offered average performance; when the light conditions are favorable the device, thanks to its camera from 16 mega-pixels with sensor Samsung S5K3M2, dual ISP processor and PDAF autofocus (phase detection), manages to return good photographs, even if zooming in immediately highlights that the shots are often mushy and poco defined.

The front room from 5 mega-pixels with sensor OmniVision OV5648 and 88 ° wide angle, on the other hand, satisfied us enough; the colors are good and the photos are not very noisy and mushy, except in very low light conditions. Below you will find some photographic samples.

Cubot S600 is released with on board Android Lollipop 5.1 stock with only some very slight aesthetic changes by the manufacturer. Cubot, in fact, has limited itself to insert a launcher more colorful than the stock of Google and to implement the now classic gesture on the screen, including the useful double tap for unlocking.

Unlocking which, of course, can also occur through the reading of the impression with the sensor installed on the back, a unit equipped with a Silead chip GSL6163MSB2 that guarantees the correct reading about 7 times on 10 and with a good level of speed and reactivity (next to the 0.3 seconds declared by the manufacturer).

The system is generally quite reactive, even if sometimes some applications show crashes. An example is Asphalt 8, which in this case we were unable to make it work and, therefore, to use for the gaming test, performed with Real Racing 3. On the well-known videogame title, the results of our tests were rather satisfactory in terms of gaming performance, although excessive slowness in the initial opening of the App should be reported (a gaming test in the video review).

With a processor like that Cubot S600 it is difficult to get a poor range on board. The integrated battery is from 2700 mAh and it is not removable, given the presence of a glass unibody body.

The performances in terms of autonomy are quite good and, with 1 SIM active and under 3G / 4G network, the 5 hours of active screen are exceeded with medium-intense use. Slightly lower the results with both active SIMs (about 30 min less screen on).

Cubot S600 is a device without infamy and without praise; in the price range in which it is placed, or approximately 140 €, is a device difficult to recommend.

In fact, at very similar figures, you can take home much more reliable and reliable devices (some of which are produced by the same company Cubot - here all our Brand device reviews) and that in daily use give much more satisfaction than this Cubot S600, which, therefore, among the many smartphones available today on this hectic market, just fails to stand out.