The 2016 just started would seem to be the year of Chinese manufacturing tablets, as well as the launch of the new terminal Teclast, Teclast X98 Plus.

Even the competition related to the tablet business is becoming increasingly fierce and seems to be taking place mainly in the field of operating systems, in fact, the Teclast X98 Plus, it is certainly not the only model to predict the Windows 10 and dual boot, which seem to be the most fashionable features in the eastern terminals at this time, however to distinguish the Teclast X98 Plus from the other tablets, not only already on the market, but also of imminent output, the 9.7 inch display with resolution from 2048 1536 pixels x.

Teclast, therefore, focus on an efficient tablet, but poco bulky, suitable for those who always carry the device with them, even when away from home and need a slim and small product.

Teclast X98 Plus opts for the Windows 10 operating system 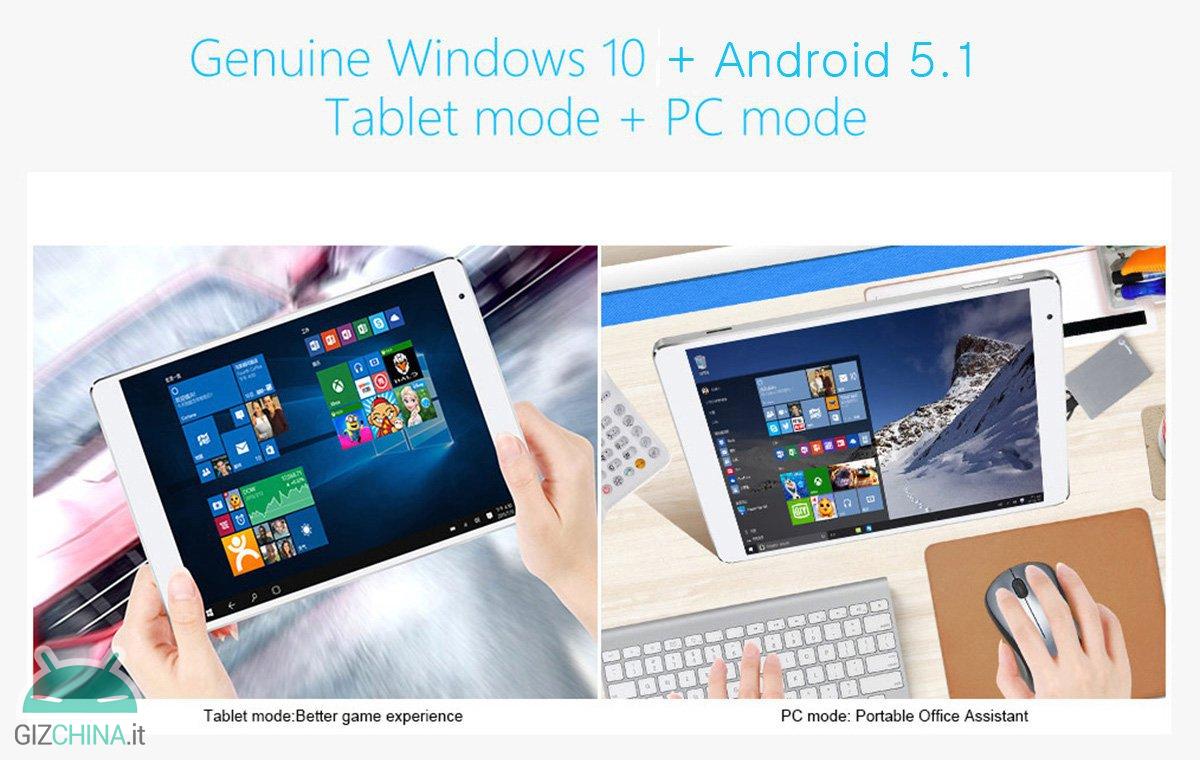 Teclast he equipped his tablet with a processor Intel Cherry Trail Z8300 a 64bit da 1.84Ghz, 4 GB of RAM e 64 GB of internal storage expandable with SD card up to a maximum of 128GB.

As already anticipated, the default operating system of the Teclast X98 Plus è Windows 10however later it will be possible with dual boot technology to also use Android Lollipop 5.1.

Teclast X98 Plusmoreover, it boasts a large battery 8000mAh, able to keep the tablet running for about 24 hours. The device has a camera on board 5 mega-pixels with autofocus and has only 7.8 millimeters thick.

Teclast X98 Plus It is available pre-sales until today on the online store Gearbest at the cost of dollars 198.99, that is to say about 180 € at the current exchange rate.