After the news last night who saw the appearance of the Honor brand in the first physical stores here in Italy, today we point out another excellent appearance regarding the Asian smartphone market.

In fact, thanks to the recommendation of one of our readers, we became aware of the appearance for sale, at theUnieuro of Naples site in via Cavallerizza, with 3 devices Meizu, to be precise theMX5, M2 ed M2 Notes.

As you can see from the photos, the prices are as follows: 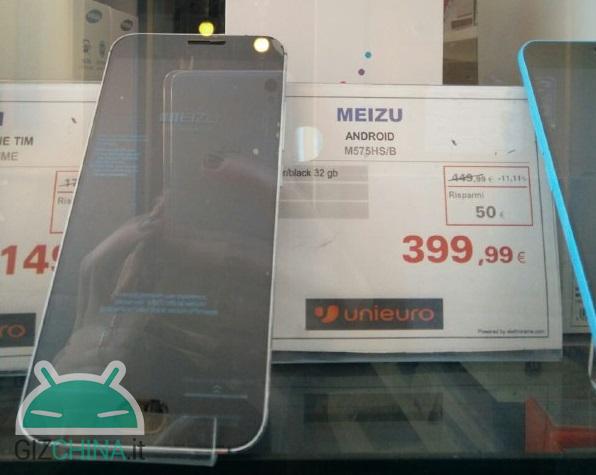 This fact confirms the increasingly strong will on the part of companies like Huawei e Meizu to enter international markets not only through imports, but also through physical stores; on the other hand, the various retail stores are starting to understand that the "cinafonini" market is certainly a growing market, thus adapting to this sort of "evolution" of the sector.

All that remains is to hope that it is not a simple straw fire, but that it can evolve and, why not, see the arrival of other brands.

And what do you think? Are you in favor or against an arrival of brands like these on the Italian physical market?