Some data leaked from GeekBench, the well-known tool through which it is possible to measure in detail the performance of tablets, smartphones and computers, show the performance of a "unknown Huawei“, A device of the Chinese manufacturer still unknown.

It is not possible to speculate with precision which terminal it is, whether of a device of imminent output or of a completely new product, but naturally the news has aroused a certain curiosity from Chinese sources and not only. 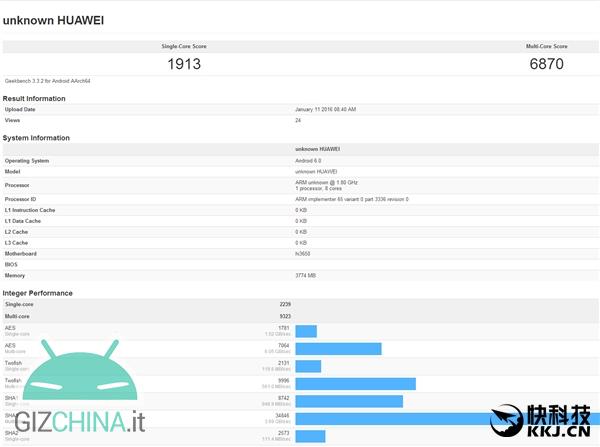 In detail, in the database GeekBench a device powered by a processor appeared Kirin 950, the model name does not appear and it is very difficult to hypothesise which terminal it is, but it is supplied with the operating system Android 6.0 Marshmallow and a memory capacity of 4 GB. 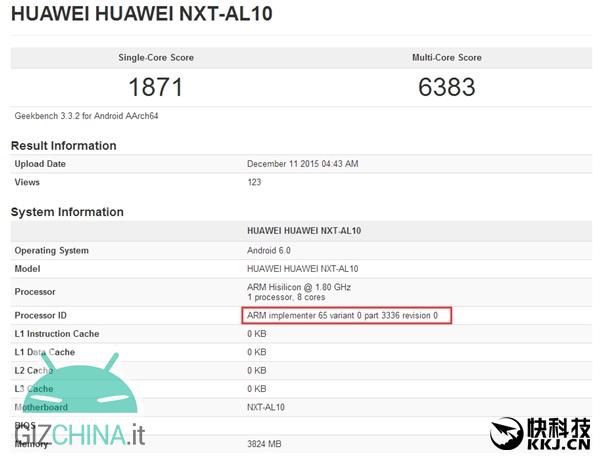 Chinese sources assume it is the Huawei P9, Of a Honor or even a completely new model.

From the information leaked, it is absolutely impossible to find out the model to which the data refers GeekBenchSo, to find out more we just have to wait for further rumors or any official news from the producer company.