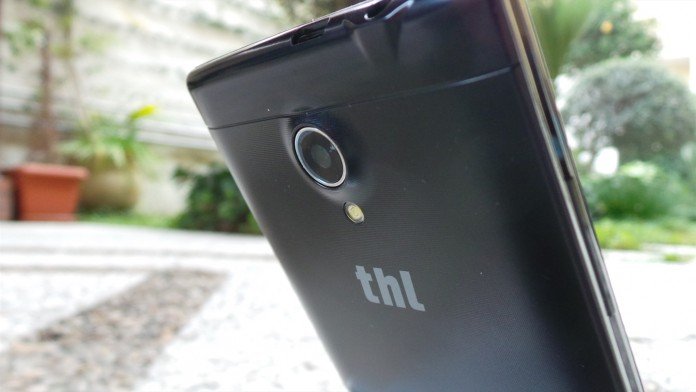 In a market where the high and medium range are increasingly saturated and competitive, some companies seem to prefer the production of low-cost devices. This is the case of THL, a company that, after a few months of absence from the mobile scene, launched the THL T6c.

The device features an already proven design and a technical data sheet that "does everything possible" to keep the price below 100 euros.

This last goal has been achieved and in fact the THL T6c is available at about 54 € with shipping from China on Tinydeal.com. But the performance? Discover them in our review!

THL 6C, the GizChina.it review of the super low-cost from less than 60 euro

Compact size and full White with a satin finish, this is how the THL T6C package presents itself.

Unlike what we usually see, despite the reference band, the package is really complete, except for headphones. That the producer wants to use this trick to make up for something?

THL T6C is presented as the cheapest device in the manufacturer's price list. To allow this, THL also had to fall back on a design already seen on other devices previously marketed. 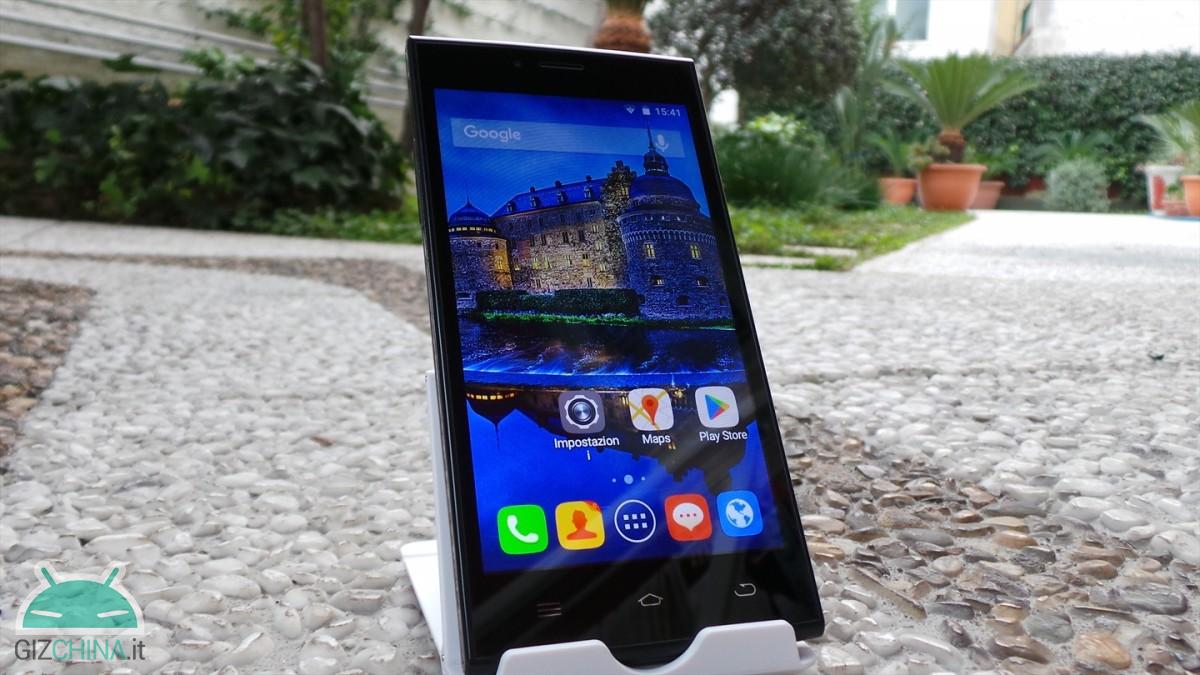 On the front we find the 5-inch IPS FWVGA display that dominates the soft touch front keys - options, home, back - which are not backlit and are also devoid of the vibration feed.

Also present is the 2 mega-pixel front camera, flanked by the canonical brightness and proximity sensors, the ear capsule and an always welcome notification LED.

The frame is entirely in polycarbonate, but there is a silver livery that breaks from the body of the device making the design of THL T6C certainly more elegant. The right side houses only the power button, set between the two silver bars.

On the left side is the volume rocker, also placed in the middle of the two silver bands. 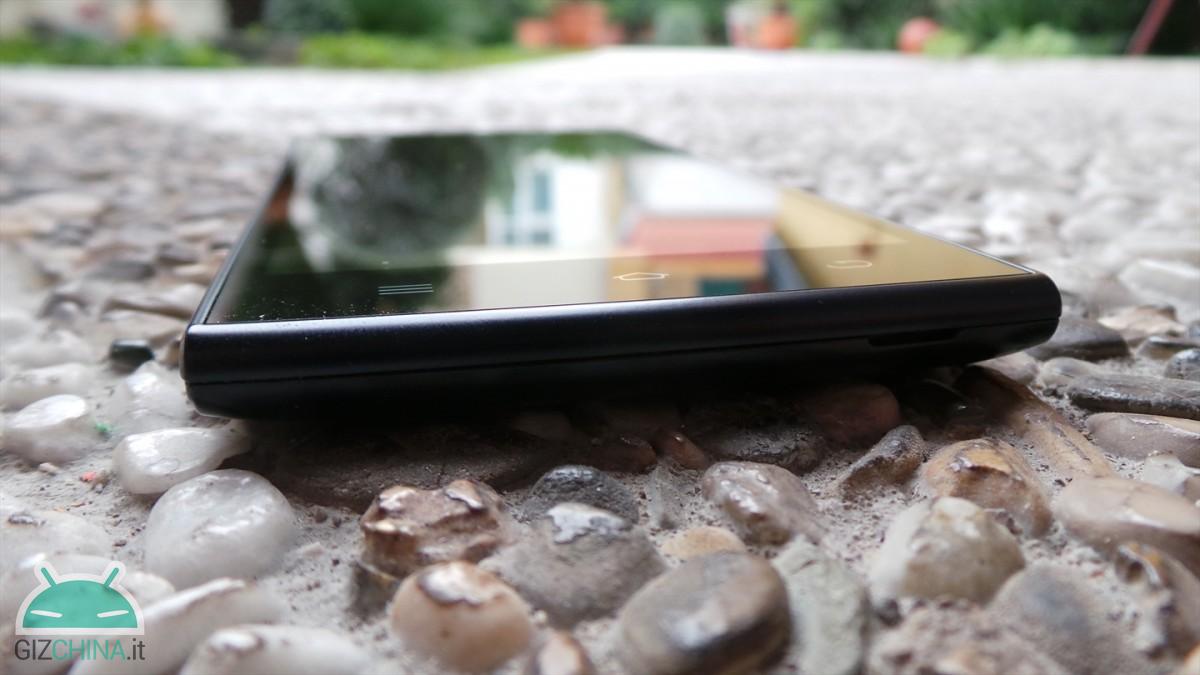 At the bottom there is only the recess for removing the back-cover.

Superiorly we find the housing for the 3.5 mm jack placed next to the micro USB port.

The back-cover is removable and allows access to the battery compartment and the two SIM cards, in addition to memory expansion. On the back we find the main camera from 8 mega-pixels, quite protruding compared to the body of the device. Immediately below the centrally aligned LED flash and manufacturer logo. At the bottom, however, we find the system speaker, placed centrally, with a small foot to avoid complete suffocation of the audio. 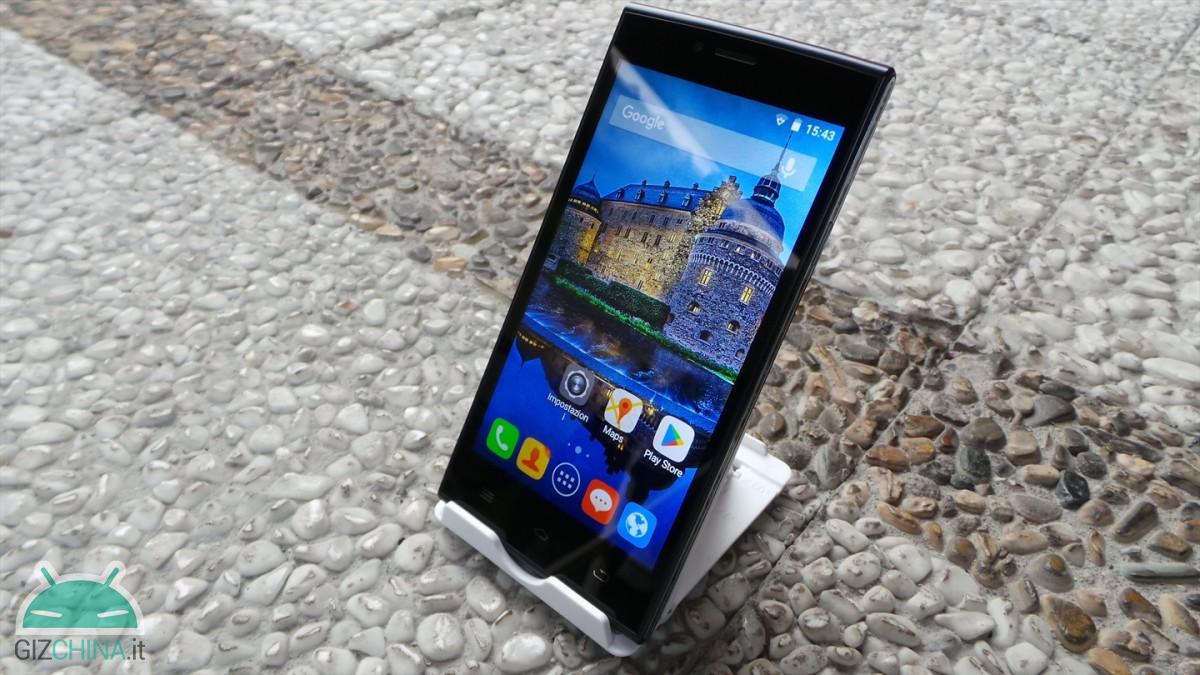 The materials of the shells are completely plastic, albeit with a finish of the central part of the back-cover with a metallic-like effect that is really very pleasant to the touch. The front, on the other hand, is protected by a mineral glass, with a finish poco oleophobic, which allows fingerprints to be easily glimpsed, a factor to be taken into consideration when purchasing, especially for cleaning maniacs. 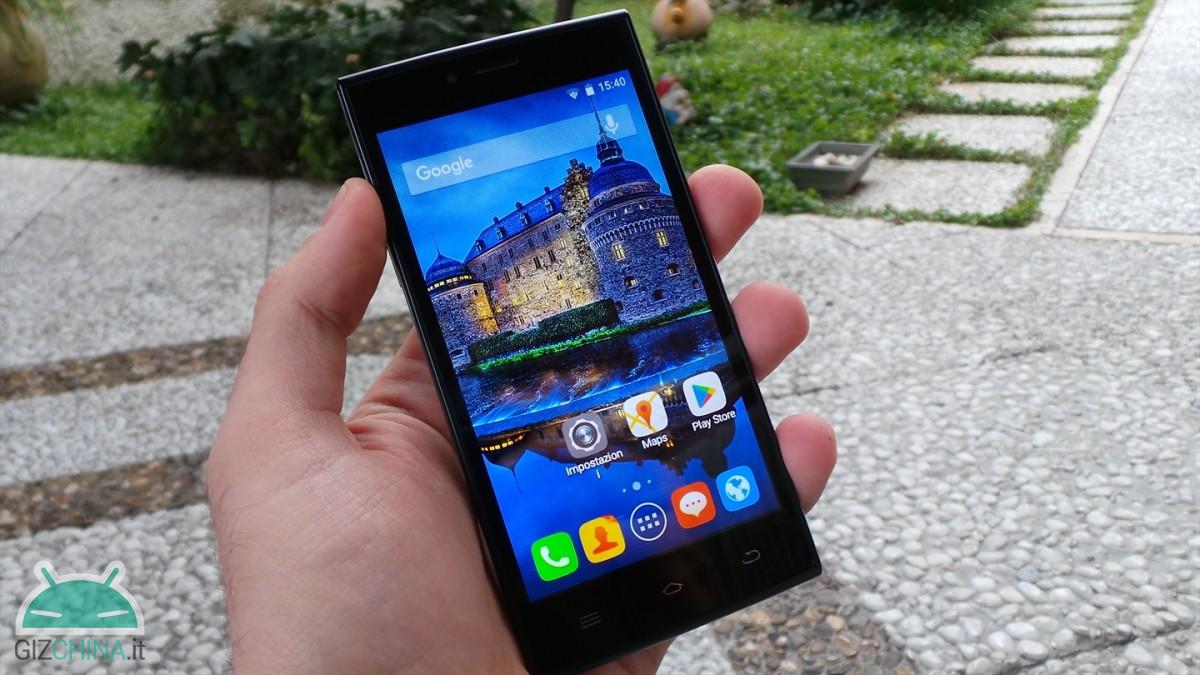 Ergonomics is good! The weight / size ratio of 123 grams e 8.2 millimeters thick is very interesting. In fact, THL T6c can be held without any kind of problem and, in general, the device can also be used with one hand for most of the operations.

In the years of FULL HD, 2K and even 4K on smartphones, in order to reduce costs, THL T6C is equipped with a large panel, but poco defined. The display is a unit of 5 inch IPS FWVGA, with aspect ratio of 16: 9, resolution of 854 x 480 pixels and a very low pixel per inch density, such as to make the pixels very visible even to the naked eye. 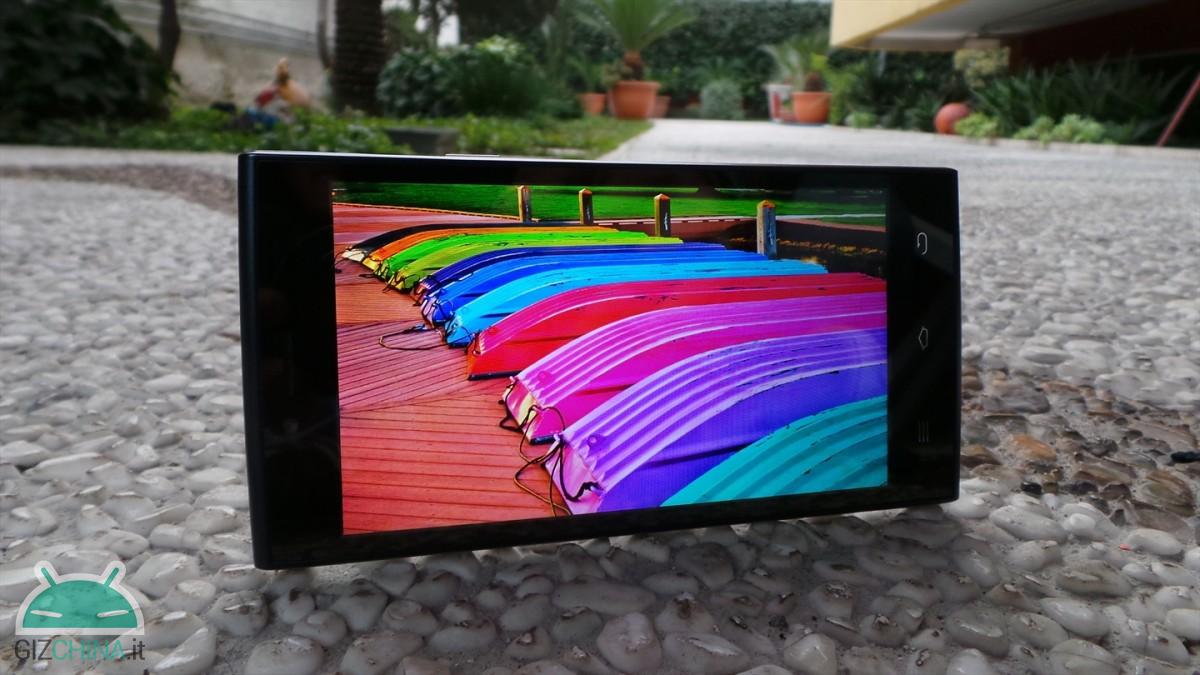 The brightness sensor works well enough, but the display is poco oleophobic and the space between the glass and the display is such as to increase the reflections and, therefore, make the contents not perfectly usable after an average use. To all this are added the aforementioned fingerprints very visible and the viewing angles not too wide.

The settings menu, however, also provides the possibility of adjusting some parameters thanks to the Miravision technology, through which it will be possible to manage the color temperature on three parameters - standard, vivid and user mode - as well as the dynamic adjustment of the contrast, depending on the content that we're going to display on the display.

The rest of the settings are not worthy of note because they are all the classic voices of the 5.1 Lollipop Android operating system.

A mix of old-fashioned MIUI, with a touch of Touchwiz, from a few generations ago. The result turns into a UI poco updated and in step with the times.

For the more traditionalists there is the application drawer, thus diversifying the position of the applications. The rest of the settings are for the typical use of all Android 5.1 Lollipop based devices.

Smart Gestures are absent on THL T6C, which could have contributed to making use and interaction with the device more immediate and convenient.

Unfortunately, in everyday use the graphics and the User Experience that THL T6C manages to return are not convincing, perhaps due to a non-performing hardware solution, accompanied by outdated graphics and software poco or not optimized at all.

As anticipated, the hardware equipment of THL T6C provides a quad-core processor MediaTek MT6580, a technology-based solution Cortex-A7 to 32-bit with a maximum clock frequency of 1.3 GHz, coupled with a video card M at 533 MHz maximum frequency e 1GB RAM.

Here is the result of the various Benchmarks:

The THL T6C camera is equipped with a sensor with a 5 mega-pixel optics, interpolated via software up to 8 mega-pixels. The results are obviously not exceptional and certainly also poco questionable. 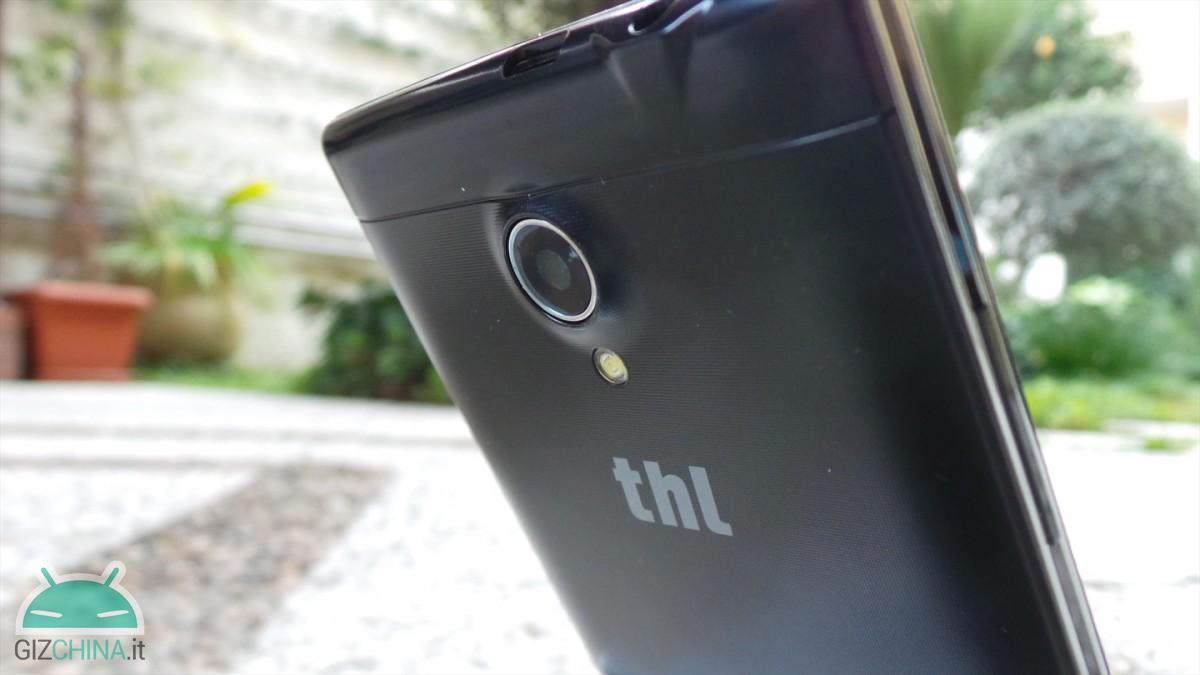 The photos are of sufficient quality when viewed on the smartphone screen, while all the various imperfections emerge once brought to a larger display. The HDR mode intervenes to help us, but the results also improve here very slightly. 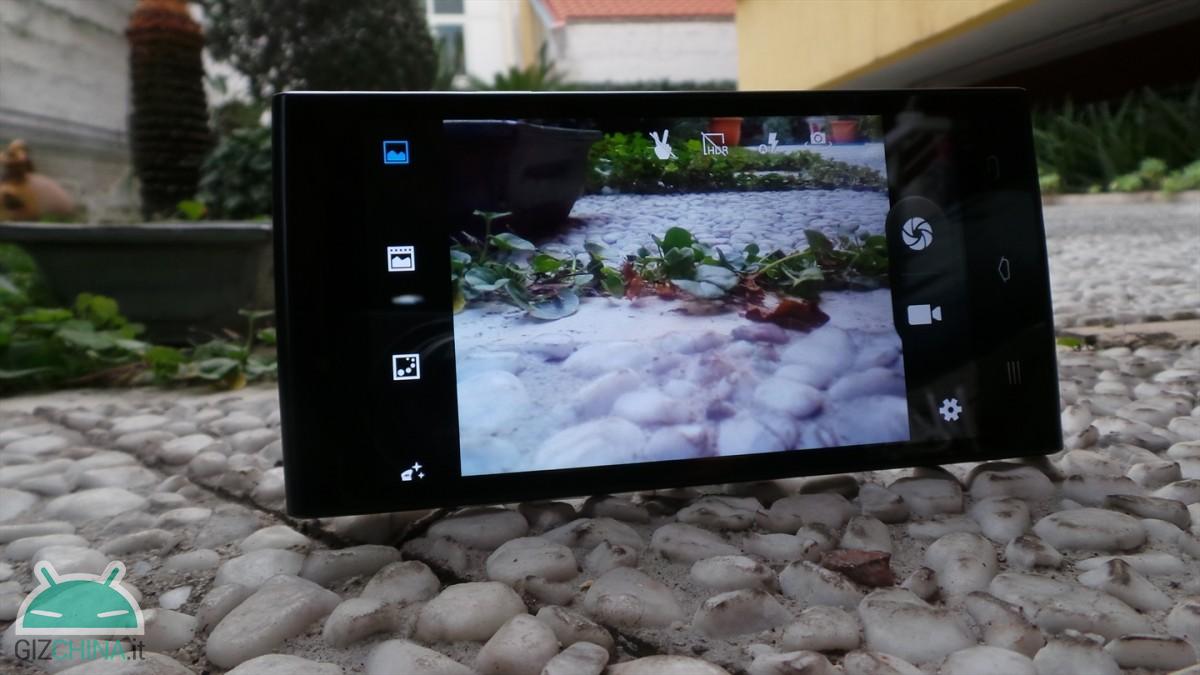 The front camera is 0.3 megapixel, also interpolated via software, up to 2 mega-pixels. It certainly can't be called a selfie camera.

The camera software is the stock of MediaTek devices, which we know very well since it is in common with many other smartphones equipped with this hardware base.

The Gallery presents the typical customization of the devices with MediaTek hardware with the animations of the videos being scrolled, an aspect that is always pleasant to see. Videos are played without any problem, fluency is good and audio and images are well synchronized. 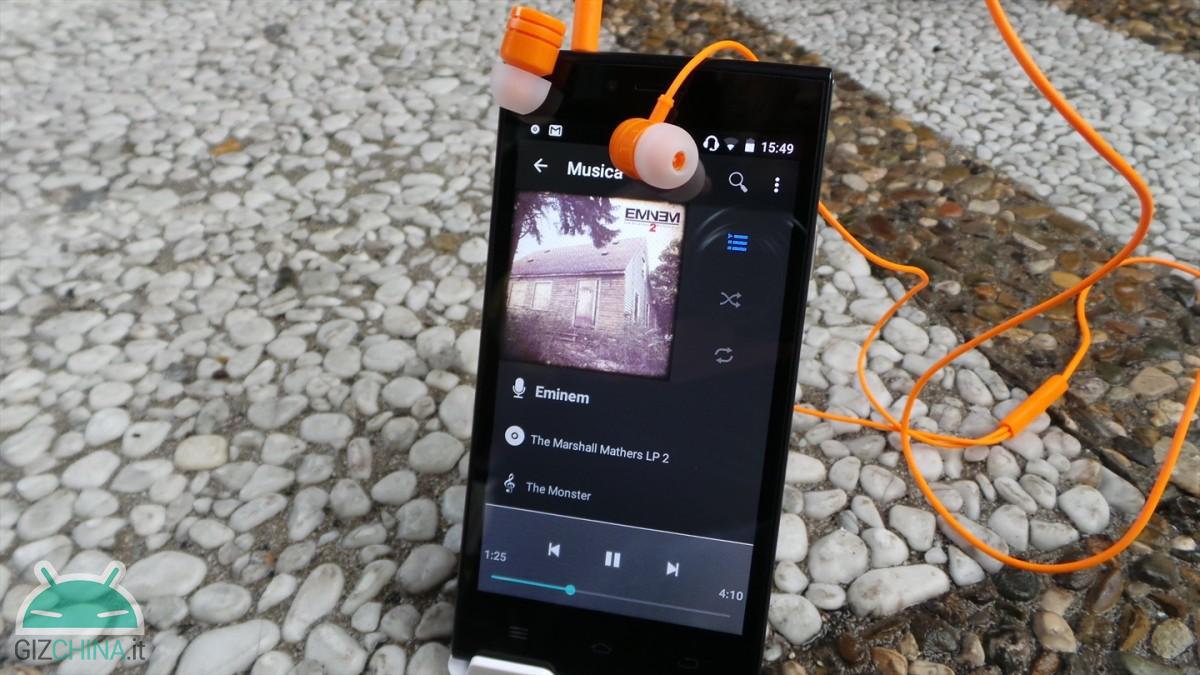 The Music Player has not any noteworthy customizations, but even a return to the old Android native Music Player of the versions prior to the current software release.

As on many devices from the core MediaTek, the web sector is entrusted to the Android Stock Browser. From this point of view, also on the T6c the hardware plays once again - negatively - a fundamental role, not improving the already poor performance of the device. 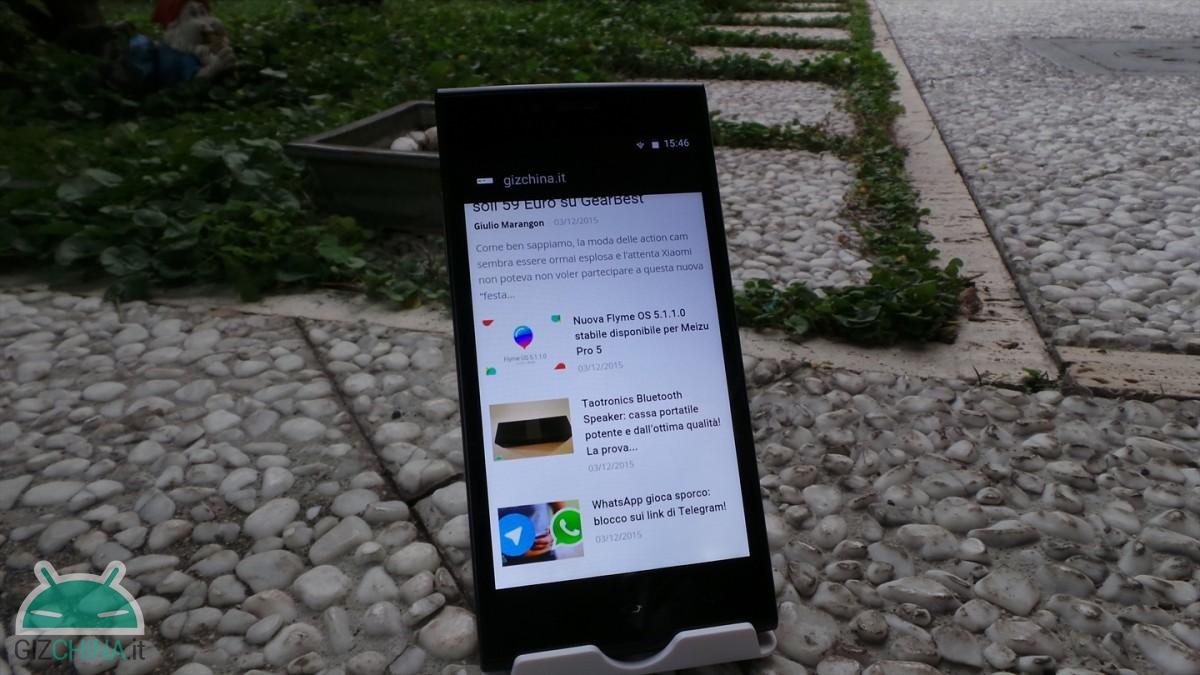 This time, not even Chrome manages to raise - significantly - the fate of internet browsing.

More was expected. 1900 mah battery that allows us to get to the end of the day with medium-intense use, while it stops at poco before evening with a stronger use. Although the technical data sheet is not particularly energy-intensive, the results in terms of autonomy show that, most likely, the manufacturer has not been able to dose the performance / consumption ratio well. 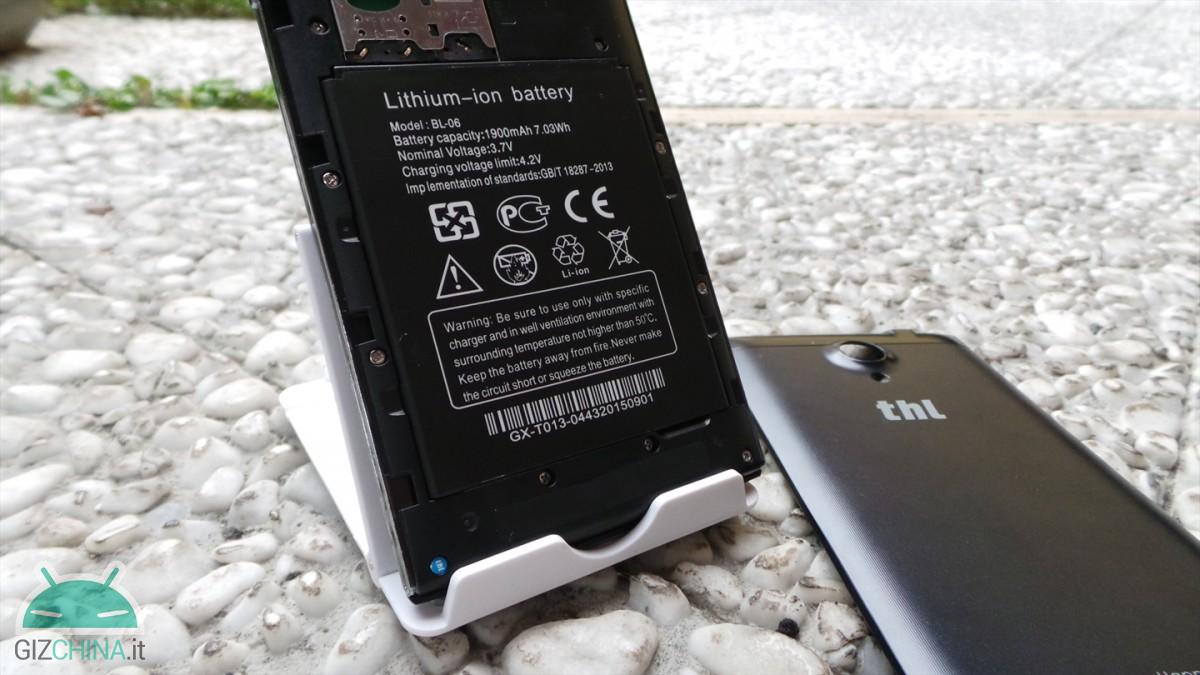 The productivity part is not received. The calendar has no customization and there is not even an Office file manager installed. Fortunately we can resort to the Play Store which, with valid and cheap solutions, can remedy all this.

Paraphrasing a sentence from "Great Poet" we could say: Do not worry about him, but look and pass.

Unfortunately, that's the way it is. In an 2015 where we find more and more performing and competitive devices, THL T6C does not prove up to it. 2 years ago a device with this hardware at this price would certainly have talked about itself, but the manufacturer seems to have made the wrong time for the conquest of the ultra low-cost band. 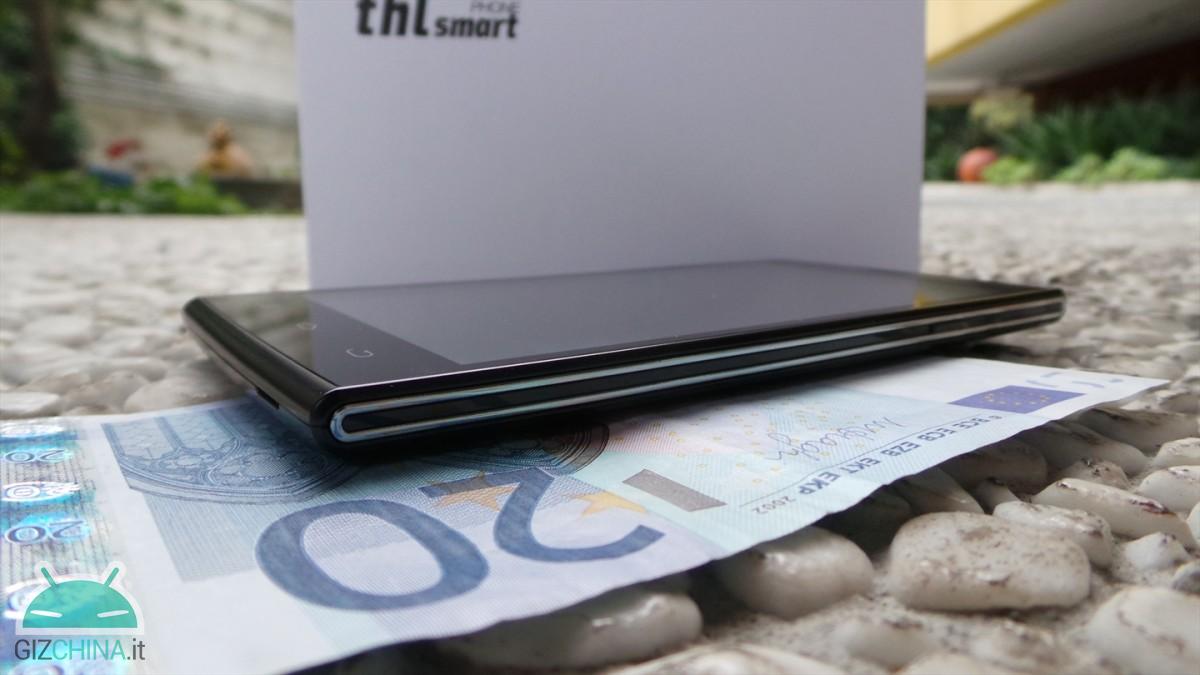 The strengths of the device can certainly be reception - if we exclude the problem of Cell Broadcast - with a good quality of telephone audio. Performance is sinning and the manufacturer should have tried to optimize the software better.

Can it be improved? Difficult, but never say never.

The THL T6c is available at approx 54 € with shipping from China on Tinydeal.com.