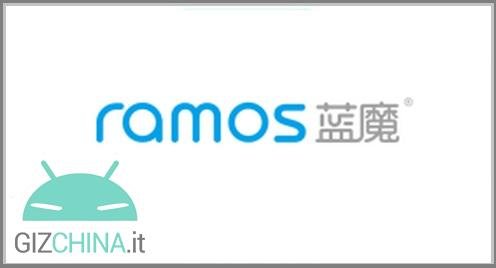 Ramos is a Chinese company, not very known in the West compared to other companies in the tech sector. However, in China, Ramos is an important producer, known, above all, for tablets and convertibles.

Starting this summer, the company has shown its interest in entering the mobile market, launching its first smartphones: the MOS1, MOS1 MAX el 'R9. Compared to other companies in the sector, Ramos can boast a rather limited range of devices, therefore, the speed with which it is proposing its new products on the market, could be traced in the desire to reach a range of models, to be competitive.

These days, almost unexpectedly, the company has made public the project to launch a brand new device: the Blue Devils M7.

The information related to this new device, unfortunately, at the moment, are limited to the presentation poster, which we propose.

In addition, of course, to the name of the smartphone, stands out a mysterious number 5, which seems to be a relevant feature for this new terminal.

To date, due to the scarcity of official details, we can limit ourselves only to certain assumptions. The number could refer to a battery supplied by 5000mAh or a classic screen from 5 inchesat the moment it is not known.

However, it is very likely that more detailed information will be disseminated in the future by the company.