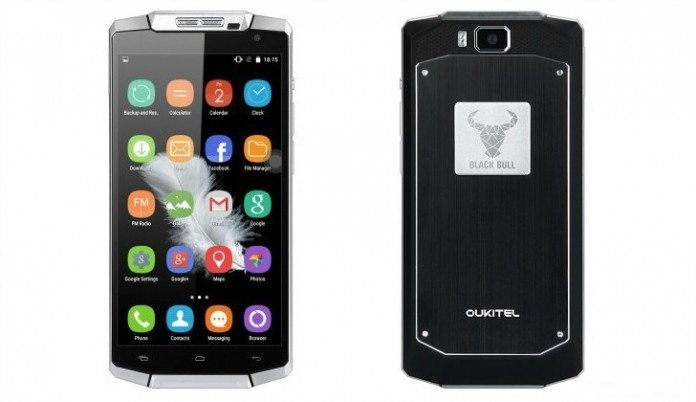 When in the collective imagination of the most loyal to technology we think of an extremely large smartphone battery, we tend to believe that it may be units with a capacity between 5000 and 6000 mAh. This theory, however, was valid only in the past when it had not yet been presentedOukitel K10000.

As the name suggests, in fact, this smartphone produced in China is the real king of portable devices if you take into account the capacity of its battery of well 10.000 mAh (not a mistake: 10 thousand mAh). The device is now available for pre-order purchase.

Oukitel, given the large capacity of the battery, it boasts that its K10000 could load a 6s iPhone Plus three times and still have an 10% of the remaining battery. In fact, as also happens for other devices with a huge battery, the K10000 can load other devices with the Reverse Charge and is recharged in about three and a half hours according to the same Chinese company.

Going to analyze, however, also other important aspects of the characteristics of Oukitel K10000in fact, let's talk about a smartphone of middle band, with metal structure and a rather unique design.

The technical sheet sees the K10000 equipped with a screen IPS da 5.5 inches with resolution up to 720p, a main camera of 8 mega-pixels equipped with LED flash and a front from 2 mega-pixels. The processor is a quad-core from 1 GHz with Cortex-A53 and precisely the MediaTek MT6735, 2 GB of RAM, 16 GB di storage internal expandable. Connectivity LTE 4G and Dual SIM. The dimensions are di di 143 x 77 x 9 mm with a weight of 184 grams. The operating system sees currently engaged Android 5.1 Lollipop 5.1.

If your problem is the battery, and getting to the end of the day is always a question mark, will you consider this device? Let us know in the Comments.