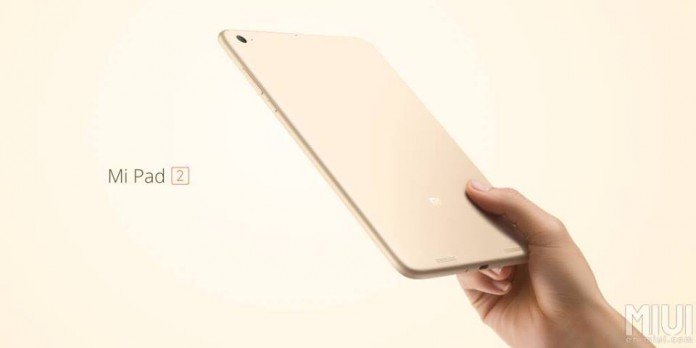 We finally arrived on Tuesday 24 November, a date that coincides with the official event of Xiaomi, an event in which the company has officially presented its new devices, among which definitely stands out Xiaomi Mi Pad 2. 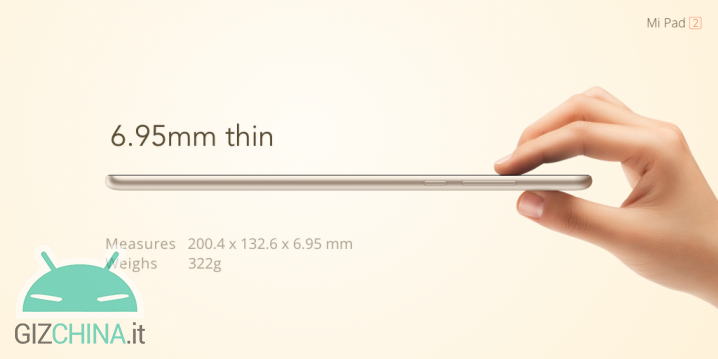 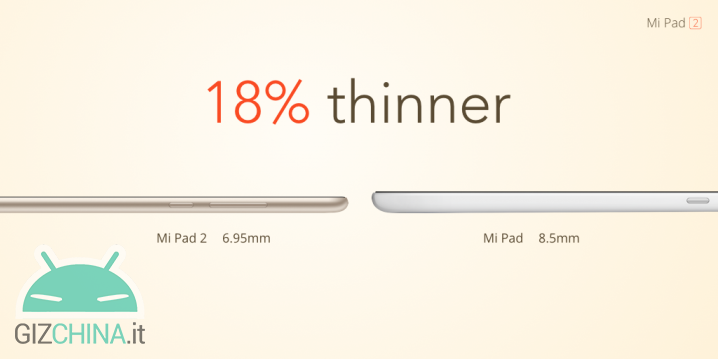 Furthermore, the weight is equal to 322 grams, 38 grams less than Xiaomi Mi Pad, thanks to the reduction in thickness, evident in photos. 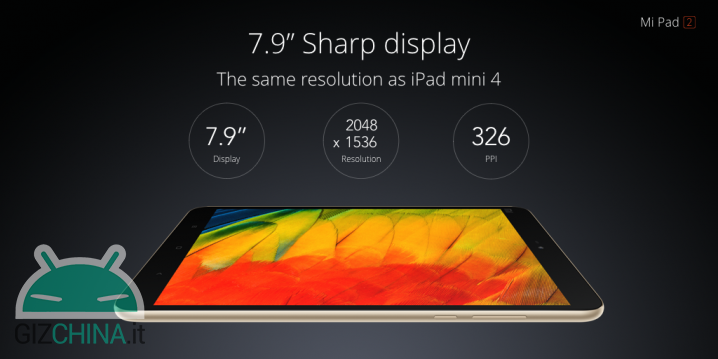 The display shown here is not from 10 inches, as previously assumed by the various rumors, but we have a unit from 7.9 inches diagonal, with resolution of 2048 x 1536 and a pixel density of PPI 326, practically the same technical specifications of the display of iPad Mini 4.

The heart of Xiaomi Mi Pad 2 is composed ofIntel Atom x5 Z8500 "Cherry Trail", SoC realized with a production process a 14 nm, with a'architecture to 64 bit of type x86 and with a clock frequency up to 2.24 GHz; as regards the graphic sector, the GPU present here is the Intel HD Graphics, dual channel with frequency from 600 MHz.

The device will be marketed in 2 different variants, with denominations from 16 and 64 GB of internal memory eMMC, and both variants will have 2 GB of LPDDR3 RAM with frequency from 1600 MHz. 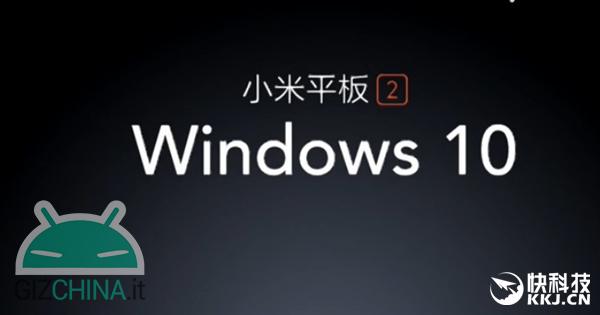 Despite having on board a CPU with x86 architecture, on Xiaomi Mi Pad 2 will not be present the possibility of having a dual boot operating system, but will be commercialized 2 specific variants: the one to be 16 GB will have on board Android Lollipop 5.1 with MIUI 7 interface, while the one from 64 GB will have on board Windows 10. 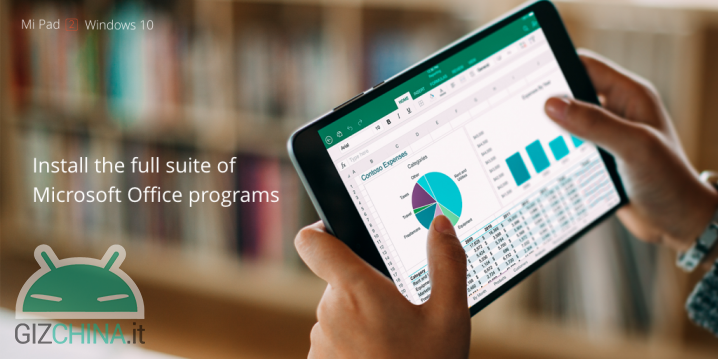 Thanks to the presence of Windows 10 on the variant from 64 GB, it will be possible to download the complete Microsoft Office suite directly on our Xiaomi tablet. 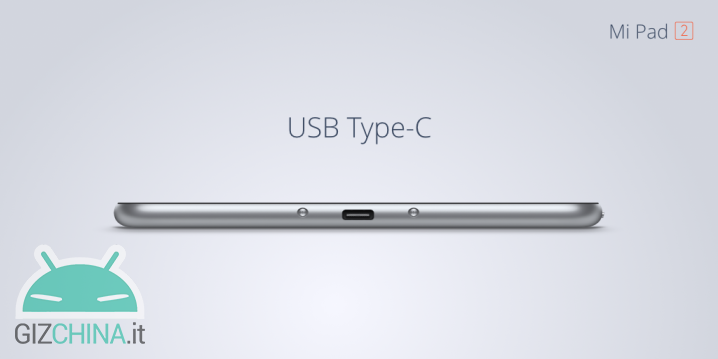 An entrance will also be present USB Type-C. 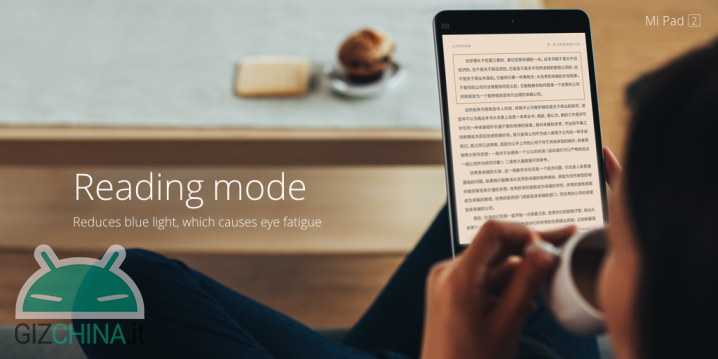 An eye to readers with the introduction of the Reading mode, with which the display almost totally reduces the blue lights on the screen, veering towards more yellowish shades, so as to greatly reduce the painful eyes. 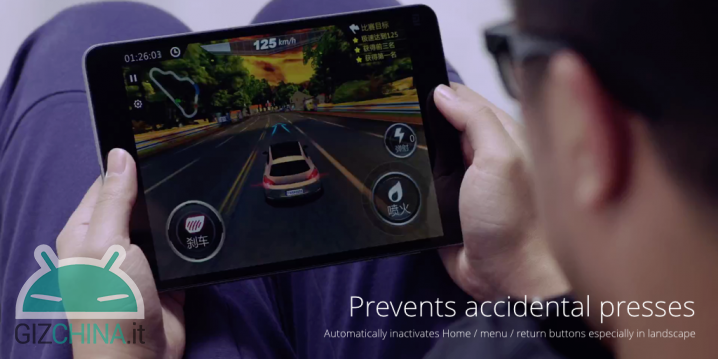 Among the various functions present, Xiaomi Mi Pad will understand when you need or not the keys on the screen, so as to disable them when necessary, in order to avoid accidental pressures. 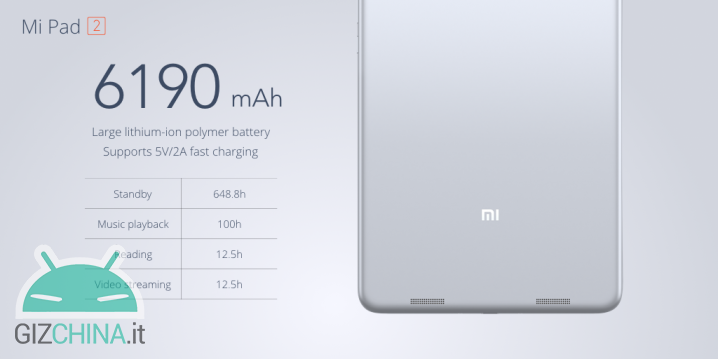 Finally, the battery. There is a unit from 6190 mAh with technology Fast Charging from 5V / 2A, with which an autonomy on the monstrous card is guaranteed, as in stand-by we talk about even 648.8 hours, that is almost a month. While with a standard use we have a duration of around 100 hours during the music reproduction and of around 12.5 hours in phase of reading or streaming video. 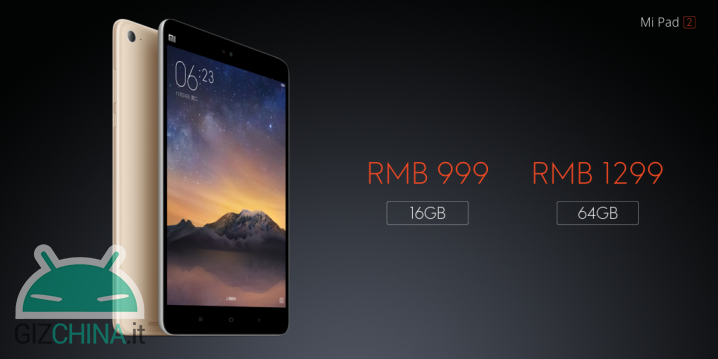 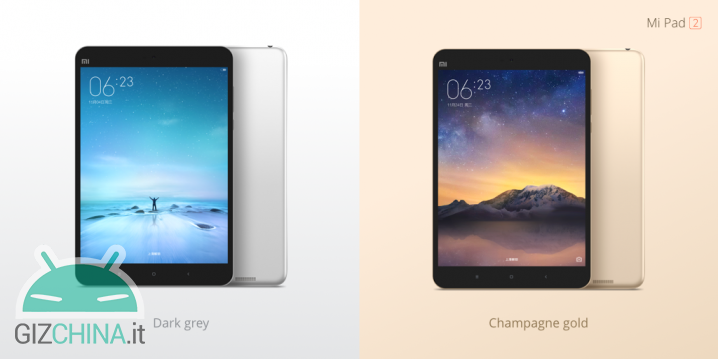 Xiaomi Mi Pad 2 will be available in 2 colors: dark gray and champagne gold.

We conclude with the technical sheet of Xiaomi Mi Pad 2, we remind you that, having been officialized for a few hours, you may still miss some specification (or lack) to the appeal:

Huawei responds hard on chipset issues from the U.S.