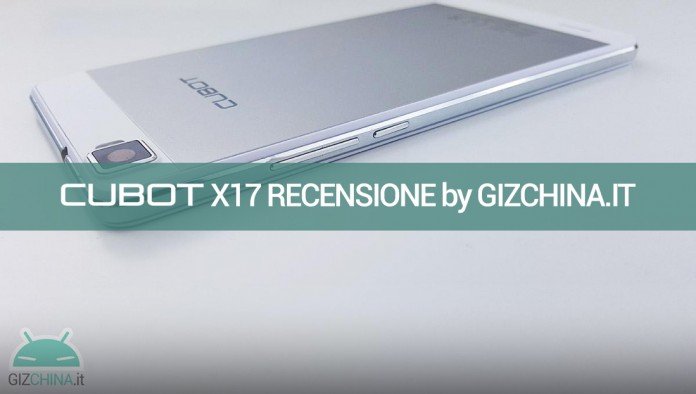 Cubot is a fairly well-known Chinese brand already present on the market with dozens of models; today we talk about the CUBOTA X17, a product that is among the mid-range devices and which is characterized by a very interesting specific / price ratio.

The device is very “similar” to the previous Cubot X16, not so much from the design point of view, as in terms of hardware equipment. 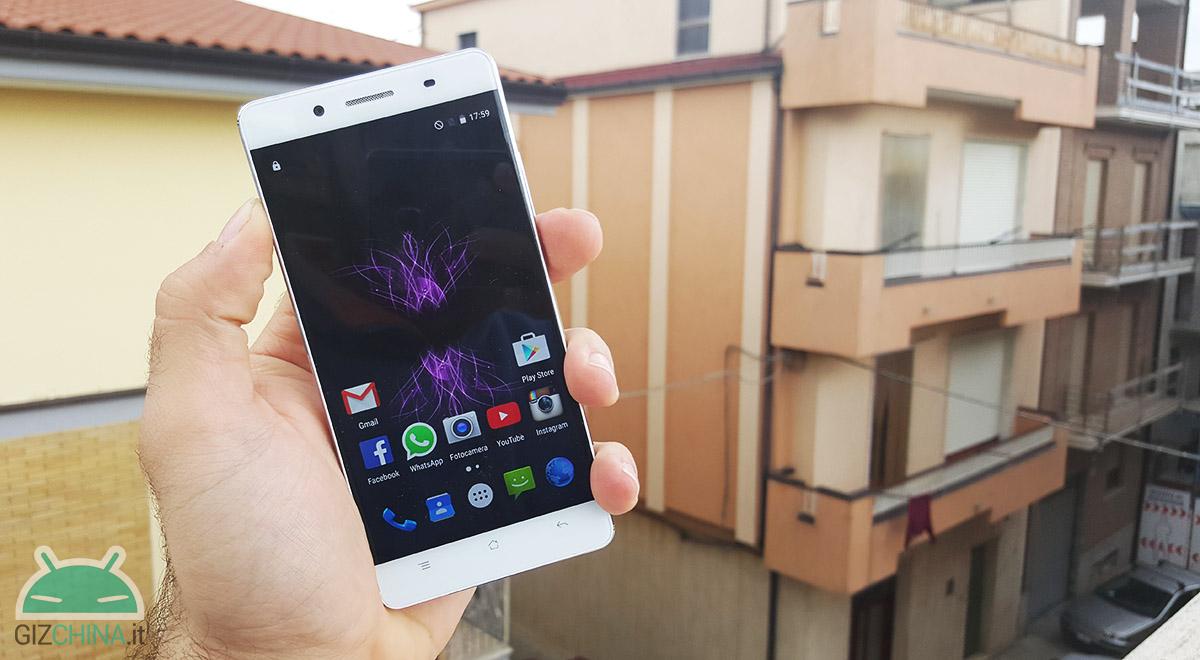 Cubot X17 is available on Tinydeal.com and is currently on offer  133 € with shipping from China. 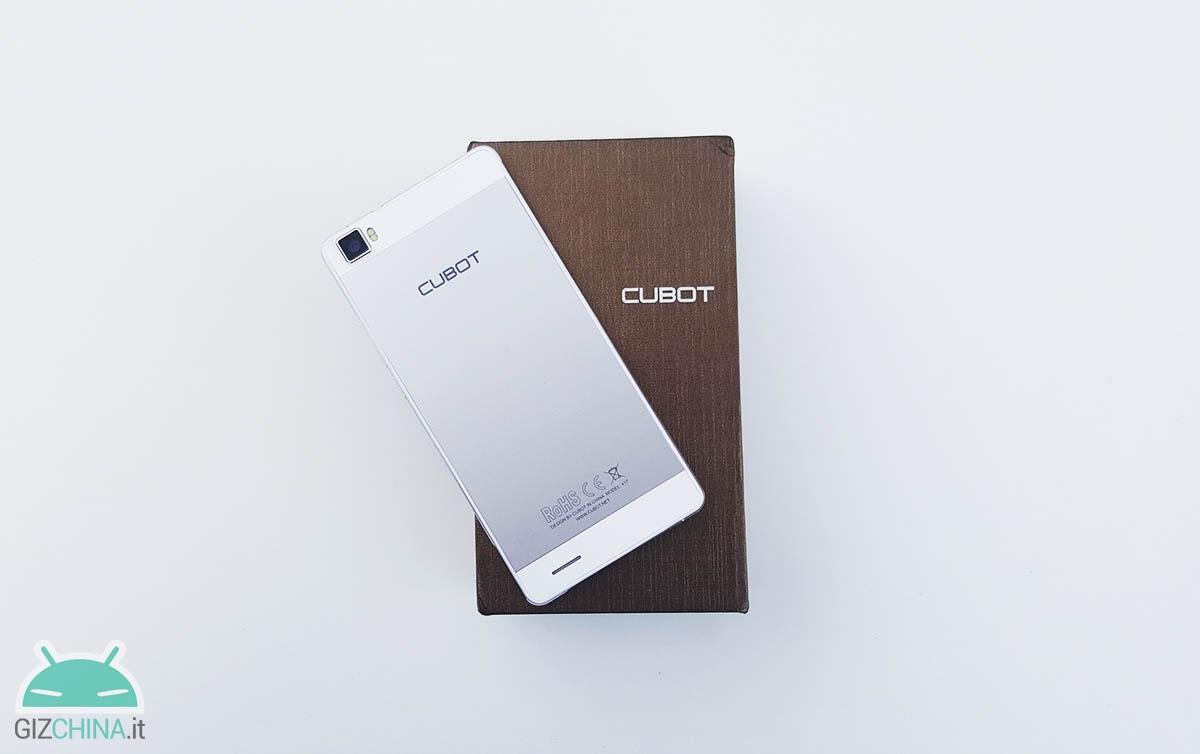 Inside the compact sales package of the Cubot X17 we find: 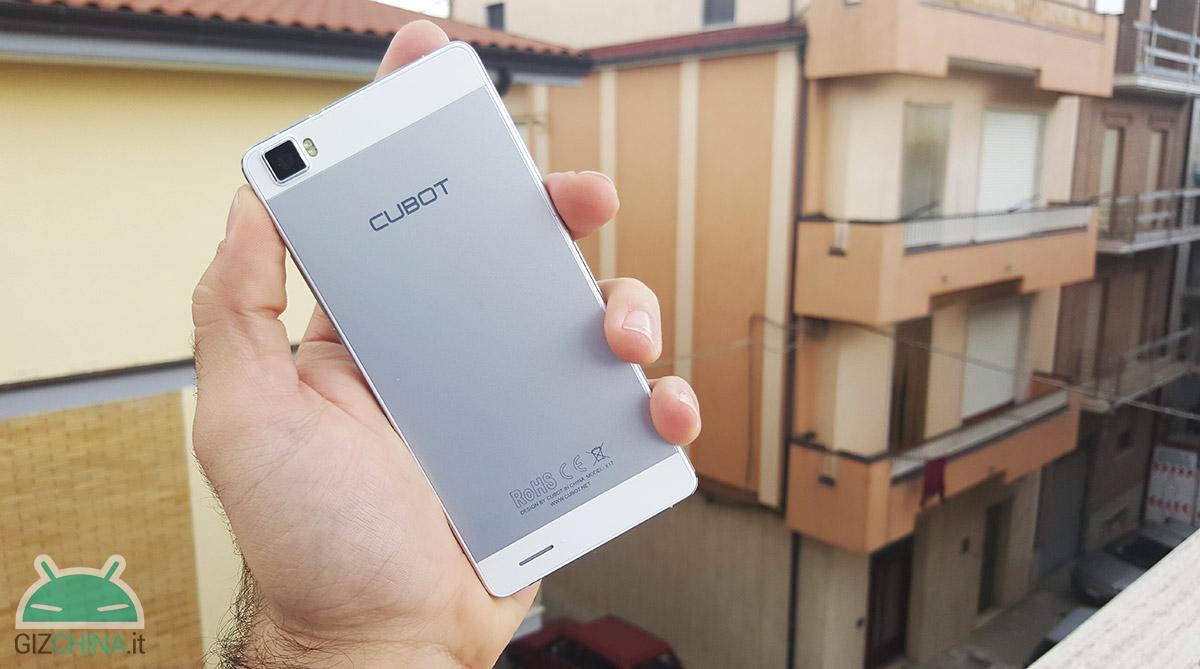 Aesthetically and constructively, although the device costs relatively poco, the Cubot X17 is very well done indeed. In fact, plastic excellent quality e aluminum at the back of the device, as well as in the side frame.

On the back cover, moreover, it is possible to notice an alternation of both colors and materials; the sample in our possession has, in fact, two bands (on top and bottom) of white plastic, while the central part is in satinized aluminum.

The dimensions of the device are equal to 142.5 x 68.5 x 6.2 mm and his weight is 150 grams, among other things very well distributed and, therefore, such as to make the use of the device comfortable.

The diagonal of the screen is of 5 inches and the ergonomics turns out to be quite good, not only for the size, but also for the materials used in the construction phase.

Below, however, you find the arrangement of the buttons and inputs on the Cubot X17. 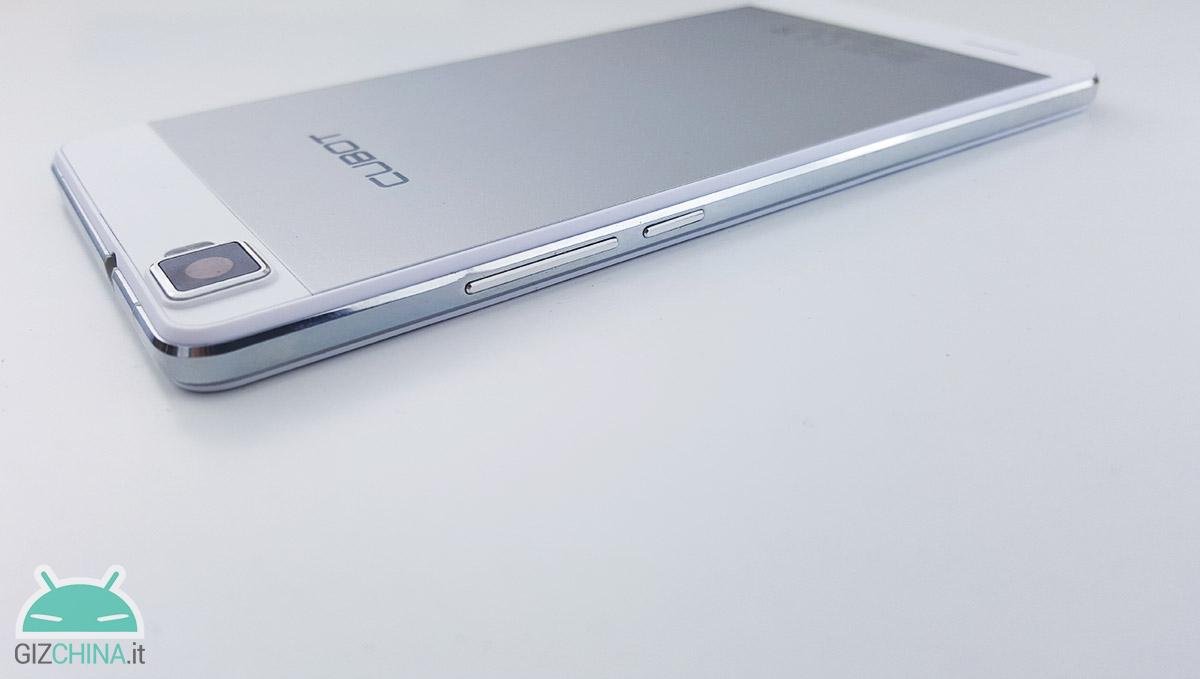 On the right side of the Cubot X17 we find the rocker arm for adjusting the volume next to the power button, lock and turn off. 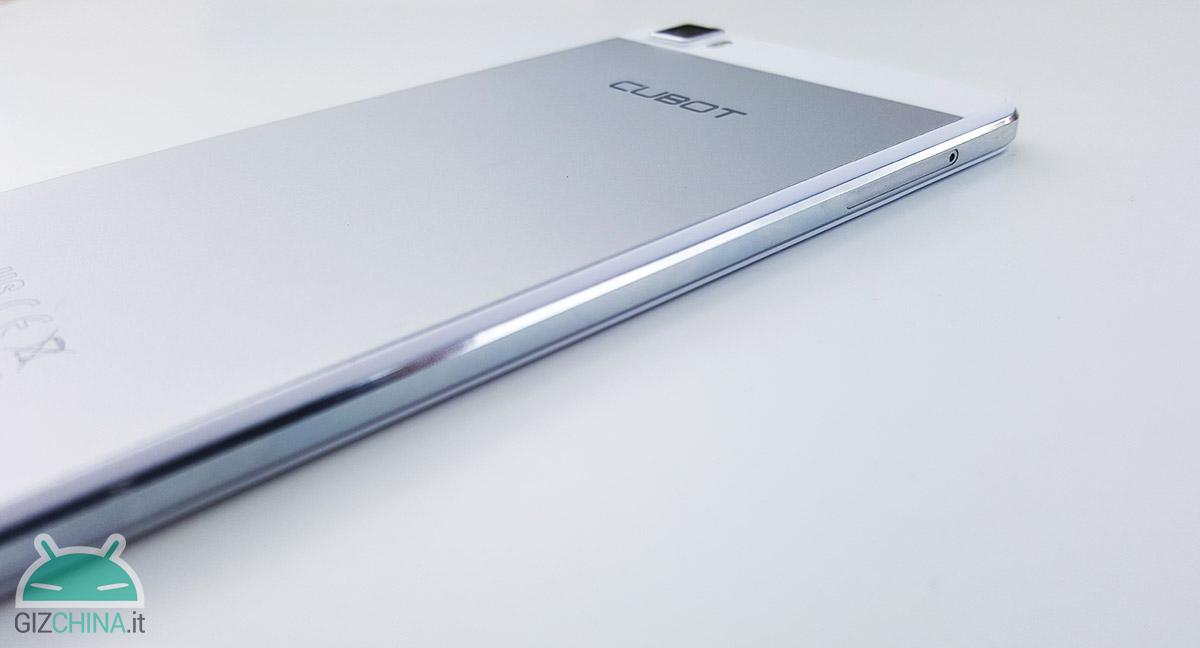 On the left side, however, only the trolley dedicated to the insertion of the two SIM cards (1 Nano + 1 Micro) or a nano SIM card and a Micro SD card for internal memory expansion is housed. 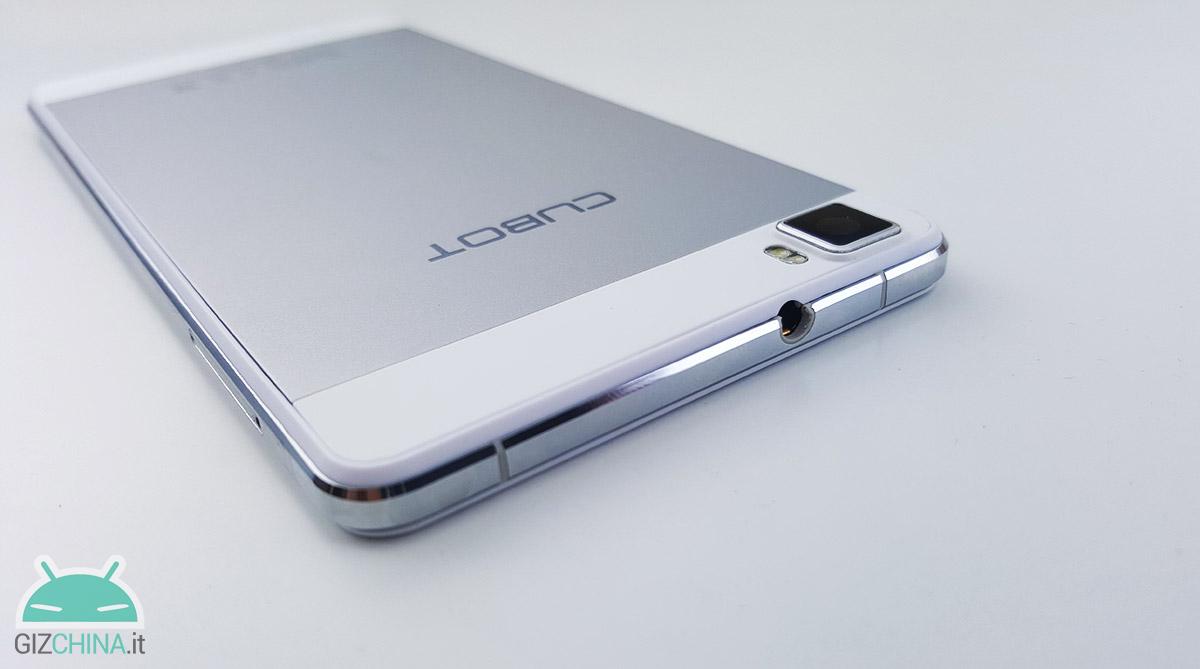 Inferi instead, there is the 3.5mm jack for headphones. 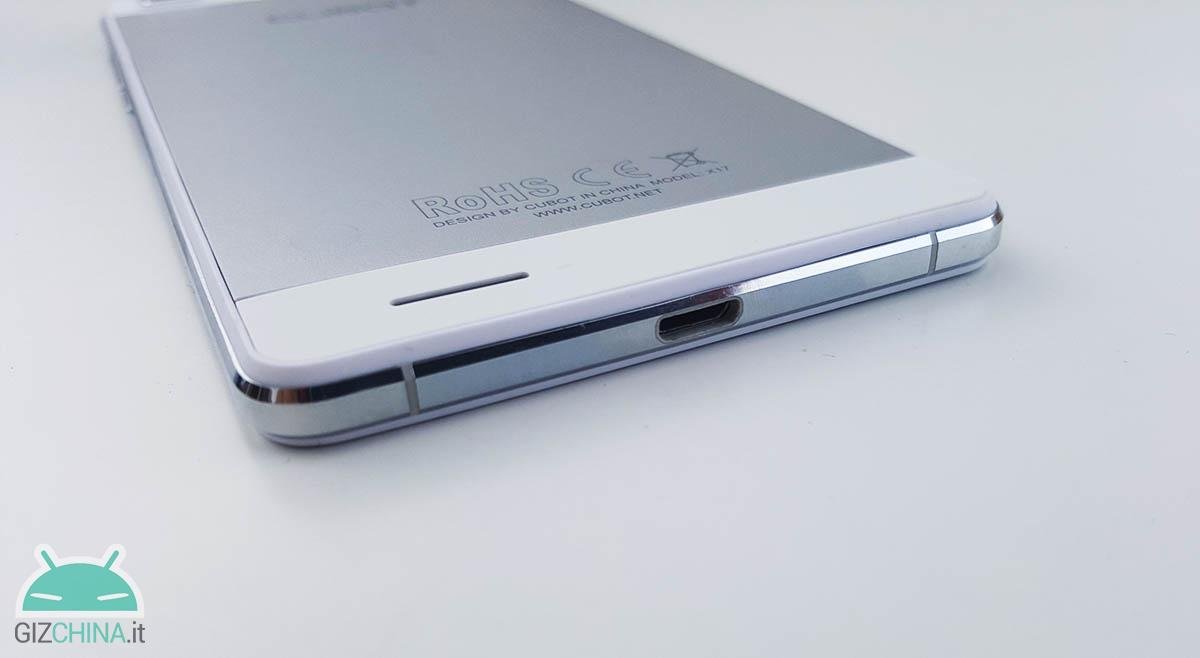 Below we find the only Micro USB connector for charging and connecting to the computer. 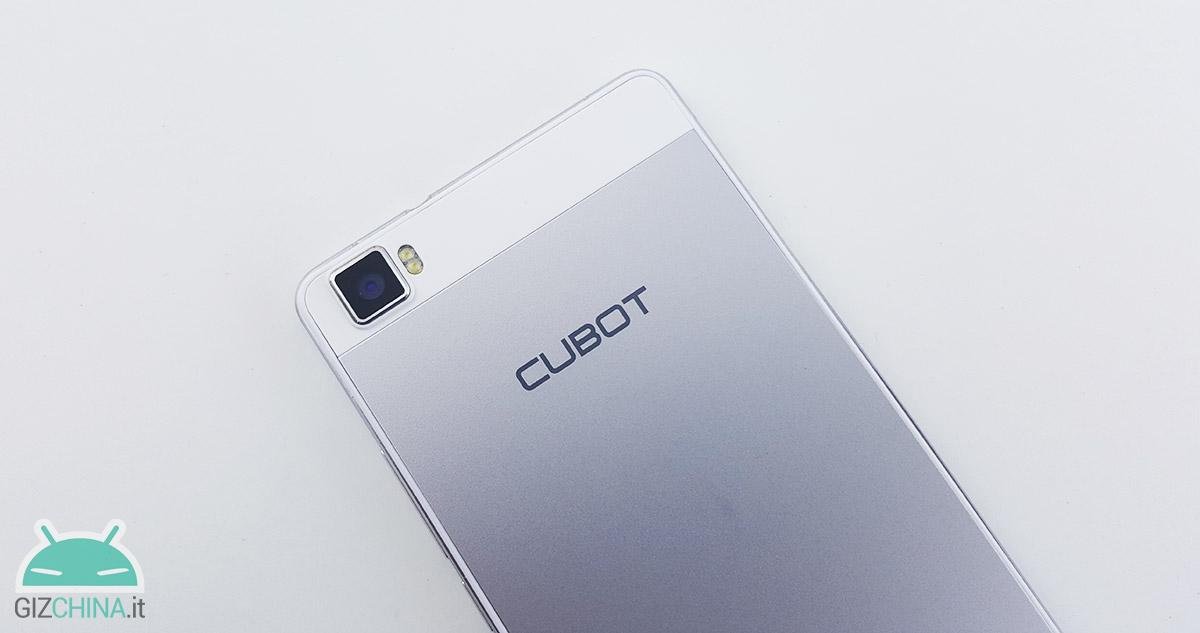 Moving to the back, at the top we find the 16 mega-pixel camera accompanied by the Dual LED flash. 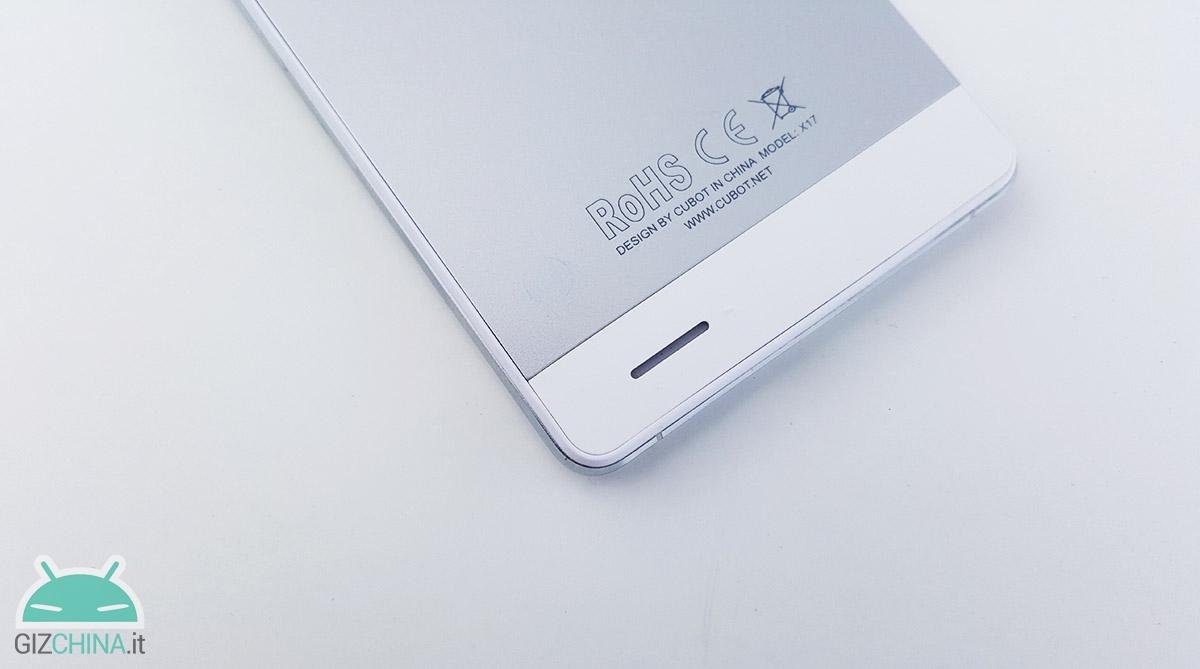 At the bottom, however, you can find the system speaker in the left corner. 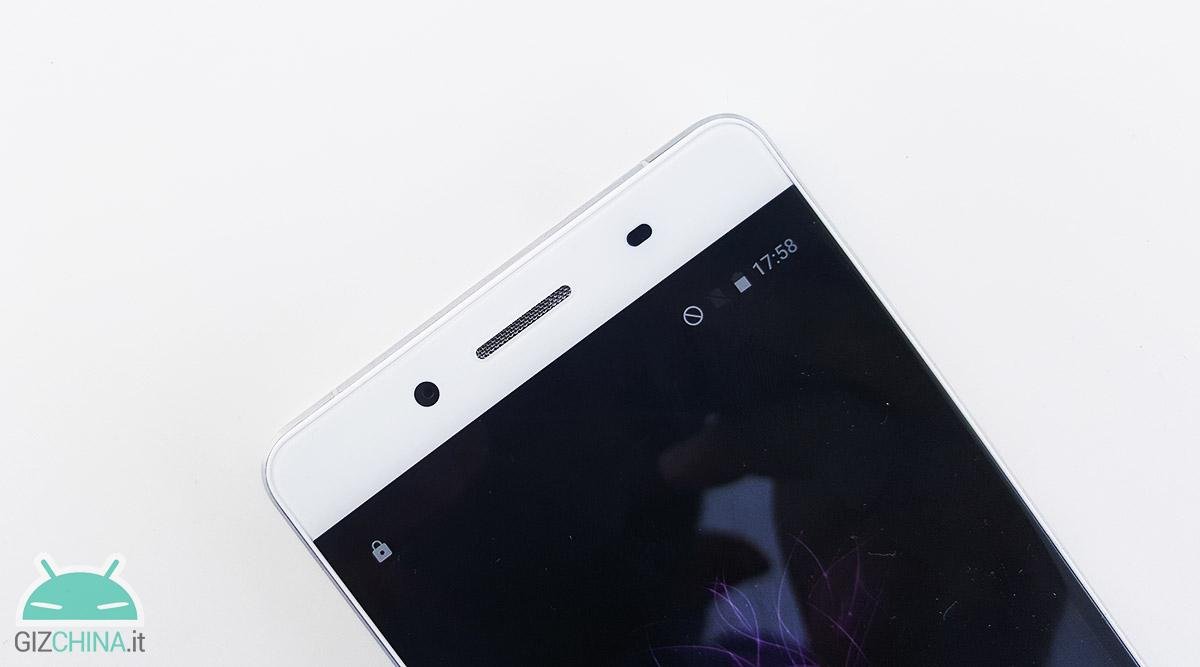 Moving the look on the front of the device, then, we find, starting from the left, the front chamber from 8 mega-pixel, the capsule and the proximity and brightness sensors.

Below, on the other hand, i buttons a touch, unfortunately not backlit, but simply chrome and, therefore, difficult to use at night. 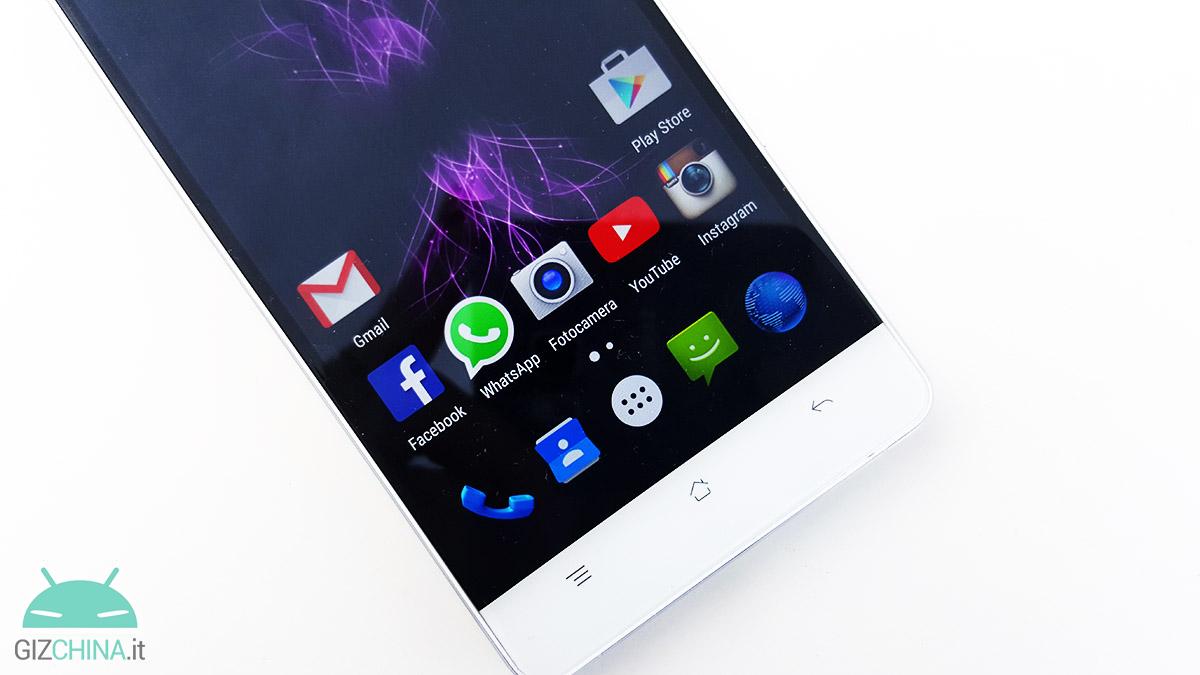 Good display from 5 inches FullHD 1920 x 1080 pixels of which Cubot x17 is equipped, a panel, made by JDI, of type IPS which is characterized by a pixel density 441PPI and a curl 2.5D, which helps make the device even more elegant.

Apart from the already encouraging technical data, for this panel we can only express positive opinions; first of all, the colors reproduced are of good quality and the same can be said for the viewing angle.

Il sensor for automatic brightness adjustment, as already mentioned for its predecessor CUBOTA X16, is a bit 'lazy and sometimes struggling to respond quickly; the glass to protect the display, finally, appears to be insufficiently oleophobic and in fact it retains enough fingerprints during use.

The Cubot X17 is equipped with 16GB of internal memory, but, excluding the system partition, we find around 12GB, usable for installing applications and storing data.

However, there is a memory expansion slot up to 32GB which, however, being shared with the Micro SIM slot, cannot be used in "dual SIM mode".

CUBOTA X17 both for the competitive price at which it is sold, and for the hardware equipment it is a device that is placed in the mid-range of the smartphone market. The hardware configuration is "anomalous" and a bit contradictory, especially for the combination of an entry-level processor with 3GB of RAM.

The device, in fact, is equipped with a processor Mediatek MT6735 Quad-Core from 1.3GHz, a GPU Mali T-720 e 3GB RAM memory (among other things, the only difference that distinguishes it from the Cubot X16). The X17, on the whole, does not suffer in any kind of situation and in fact gets along very well and without difficulty in all areas of daily use.

By performing the various gaming and browser tests, the device offers good performance, certainly with a rating above sufficiency. Furthermore, another strong point are the temperatures, which always remain very low during use.

Excellent video playback, both with sample in .MP4 and .mkv. The playback of videos in 4K (with H.264 codec) is not supported, of which the stock player only reproduces the audio.

Below you will find the results of the benchmarks made on the Cubot X17.

Although the position in which the speaker is placed is “notoriously” not preferable, it is speaker of the Cubot X17 still offers quite acceptable performance.

First, the quality of the reproduced audio is average and the volume is loud, even when placed on a flat surface, thus covering the speaker.

As regards the connectivity sector, CUBOTA X17 it is equipped with a double SIM slot, one micro and the other nano, with support for 4G LTE networks, including the 20 band (800Mhz), often absent on Chinese smartphones.

Tests related to the telephone part have been successful, reception is excellent and the data transmission speed under the mobile network is quite high.

As already mentioned for the Cubot X16, from which this X7 does not differ even in the camera compartment, the photographs taken are of good quality and in some situations we could call them almost surprising.

They are well 16 i mega-pixels available for the rear room, side by side 8 of the front one which, also in good light conditions, does not show particular difficulties in returning good shots.

Slightly different speech at night, where the device trudges, returning quite noisy shots.

As with the Cubot X16, the new X17 also comes with a version of Android Lollipop 5.1 devoid of customizations made by the manufacturer, both in the interface and in the functionality.

The software, in fact, is essentially stock, with the exception of the app Gesture Control, which allows you to manage some gesture both on and off screen.

The optimization of the whole system is good; the device has a good general fluidity and the 3GB of RAM allow you to make the most of the device, also ensuring you have a good number of applications in the background and restart them without difficulty.

The results offered by the battery, a non-removable 2500mAh unit, are quite encouraging and satisfying; in days of about 12-15 hours of use you can get up to three and a half hours of screen lit., always considering a mixed use under the 4G and Wi-Fi network and with both active SIMs.

In light of what emerged in the review and in consideration of the build quality and the 3GB of RAM memory supplied, the purchase of the Cubot X17 is more recommended than the X16 (on sale for about 10 euros less).

However, it should be noted that in the price range to which the X17 belongs (about 140 euro) there are many interesting devices, compared to which, however, this Cubot does not disfigure at all.

The Cubot X17, in fact, is a device with undoubted potential and which has all the credentials to be considered a valid purchase alternative.

Cubot X17 is available on Tinydeal.com and is currently on offer  133 € with shipping from China.