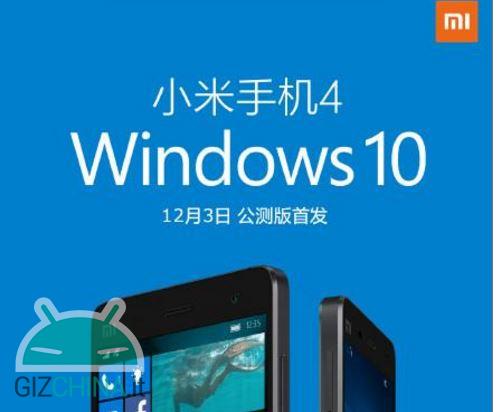 In recent days we had shown you the leaked images area of ROM operating on the device with an expected arrival initially for the end of November.

One of the developers of Xiaomi, Ranger, stated that the ROM it will be flashable through a particular installer only on the variants LTE of the device because, at the moment, the same has not yet been adapted for the models WCDMA. 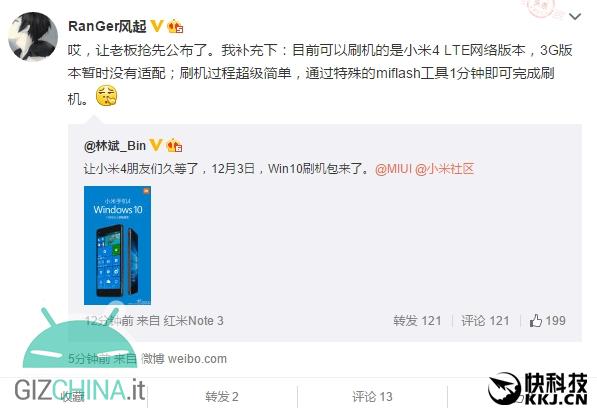 Not much information has been leaked about it, but for sure Xiaomi Mi 4 will become the first smartphone Android to offer the possibility to flash Windows 10.

It is very likely that the ROM both stable and not Open Beta as previously leaked and therefore installable for everyday use.

It will however be possible to reflect the MIUI based on Android using the tool MiFlash already used on all devices of Xiaomi.

Lo Xiaomi Mi 4, pending the presentation of the Xiaomi Mi 5, it still proves vivo and well, at least as far as the company's software support is concerned.

We just have to wait for the 3 December to download, install try Windows 10 on Xiaomi Mi 4!

What do you think of this opportunity?