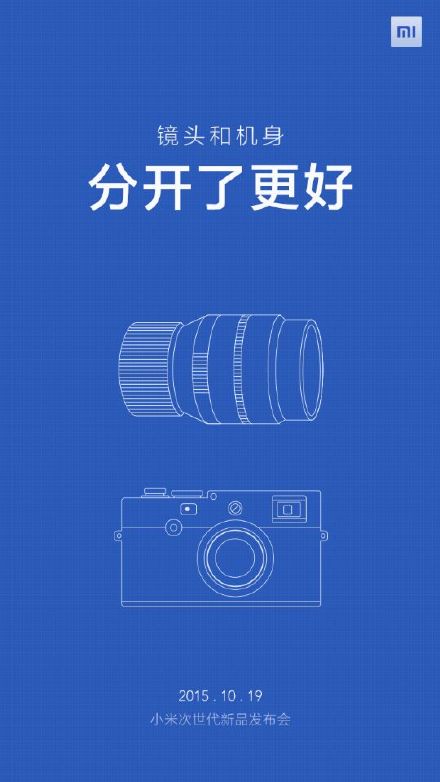 Yesterday we showed you a teaser image with which the Chinese manufacturer Xiaomi has set a presentation event on October 19 for the launch of new products.

Today the Chinese company has released a new teaser image in which one is shown mirrorless camera it's a rather big goal.

In the past several times the name of Xiaomi has been associated with the possible launch of a camera / reflex with smart functionality.

The Chinese company has already landed in this market segment presenting in the past few months the Xiaomi Yi Camera, lucky action camera produced in collaboration with Xiaoyi of which we present our full review.

The device should be equipped with a particular technology for the optimization of the shots described in a quite enigmatic way by the company as "1 + 1> 2".

It is not to be excluded that the reference to the mirrorless and the objective is only iconic and representative of one of the functionalities of the possible Xiaomi Mi 5 as regards the photographic sector.

Come da tradizione Xiaomi, in the coming days the company will certainly reveal further details on revealing new information on the products that will be officially launched on 19 October.

What do you think of the possible mirrorless di Xiaomi? Would you buy this type of products made by the Chinese giant?