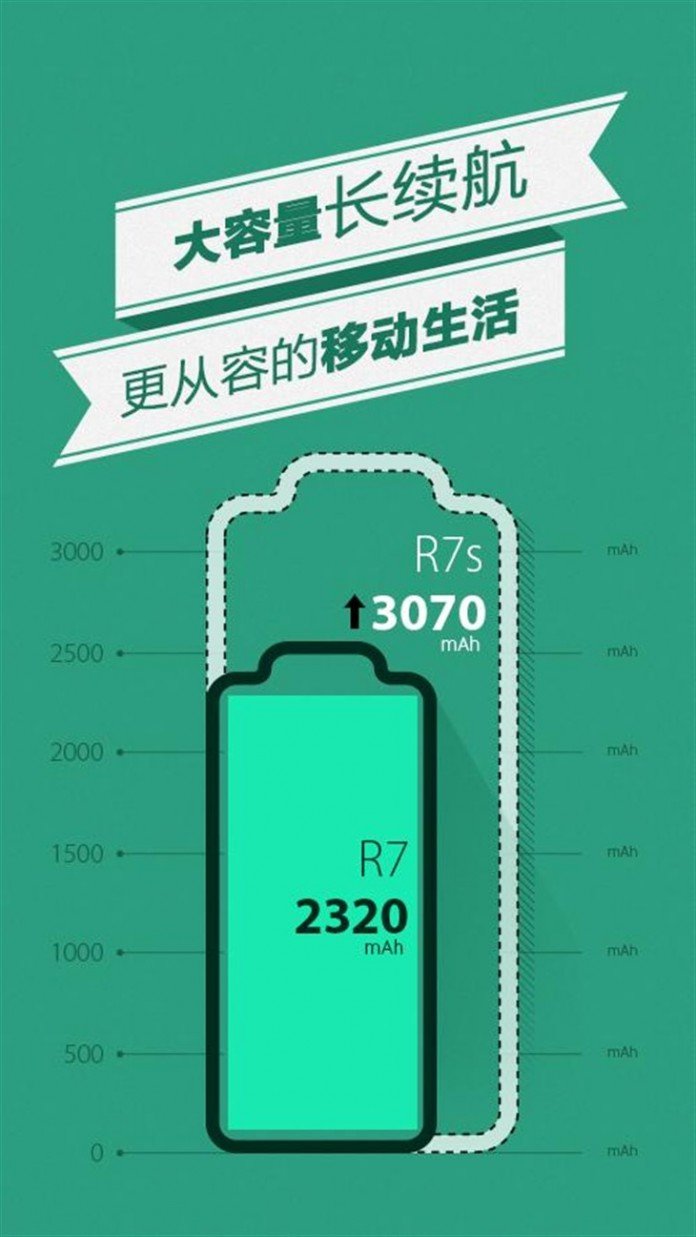 In the last few days we have talked to you aboutoppo R7S, a new variant of the mid-range of the Chinese manufacturer that will be officially launched on 20 October.

The indiscretion of the possible presence among the well-known technical specifications was recently leaked 4 GB of RAM. 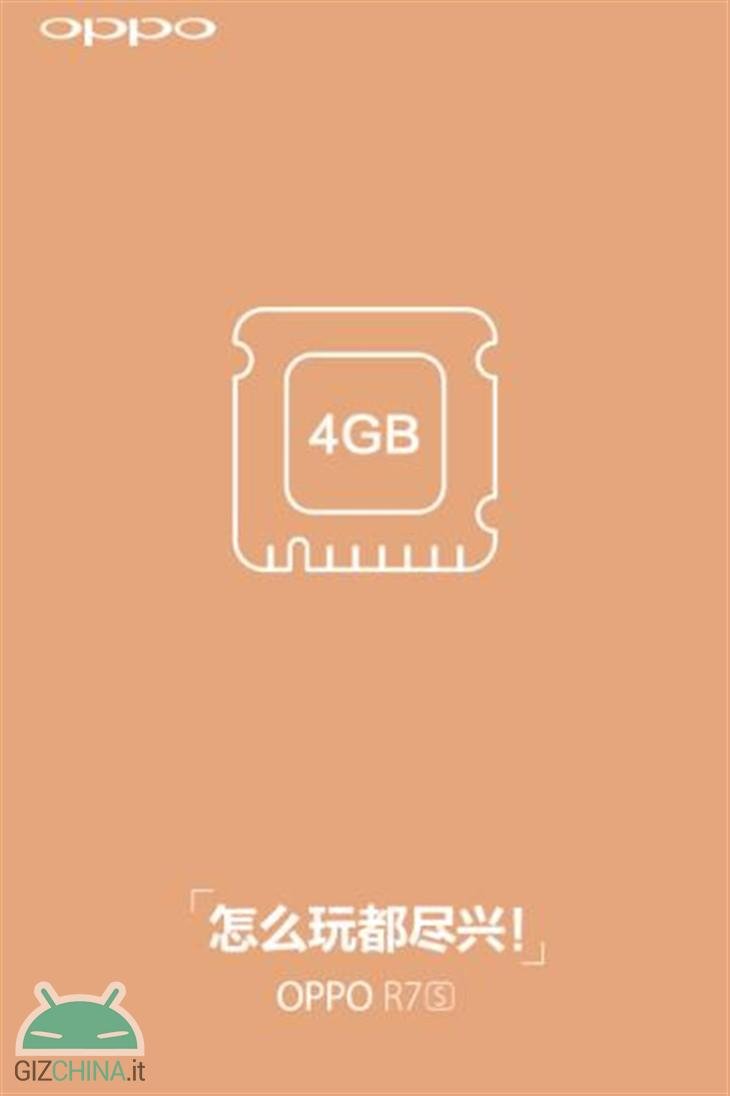 This detail was officially confirmed by the producer through a teaser image released on their Chinese social accounts.

Oppohe also released a second teaser in which he stressed the battery capacity of theOppo R7s passing by 2320 mAh dell 'Oppo R7 ai 3070 mAh of the new variant with support for quick charging VOOC.

The complete technical data sheet, we remind you, should be characterized by the following specifications:

No information is currently available regarding the possible sale price and officially supported markets. It is not excluded that theOppo R7s you can also arrive in Europe through the official dealer OppoStyle.

What do you think of theoppo R7S?