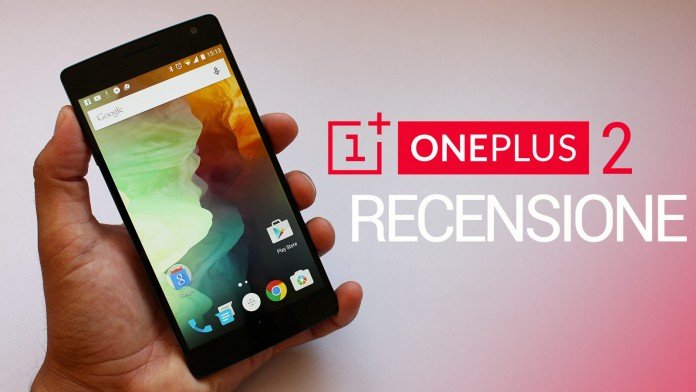 Finally we offer our full review of the OnePlus 2, the new "Flagship Killer" of the company (mandatory quotes) launched in recent weeks.

The version of the OnePlus 2 object of the review is the official (international) version, which can be purchased through the well-known invites system. 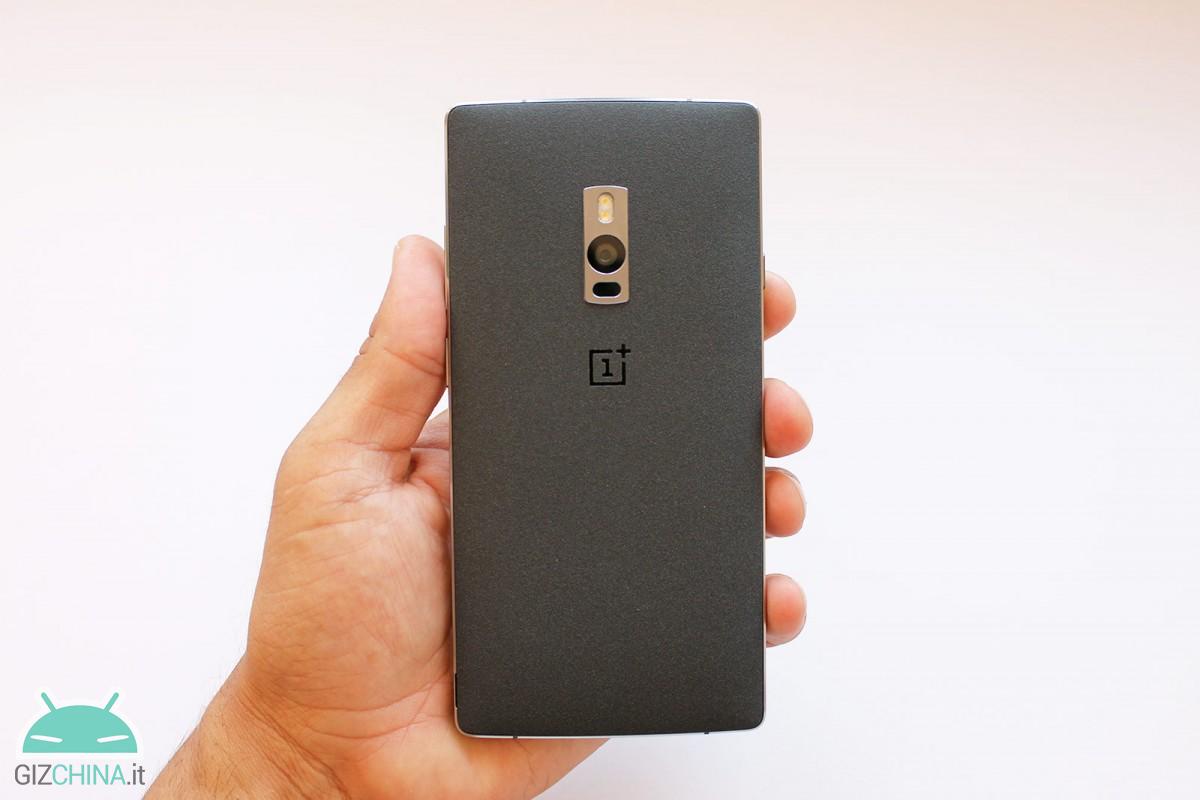 OnePlus 2, the review of GizChina.it 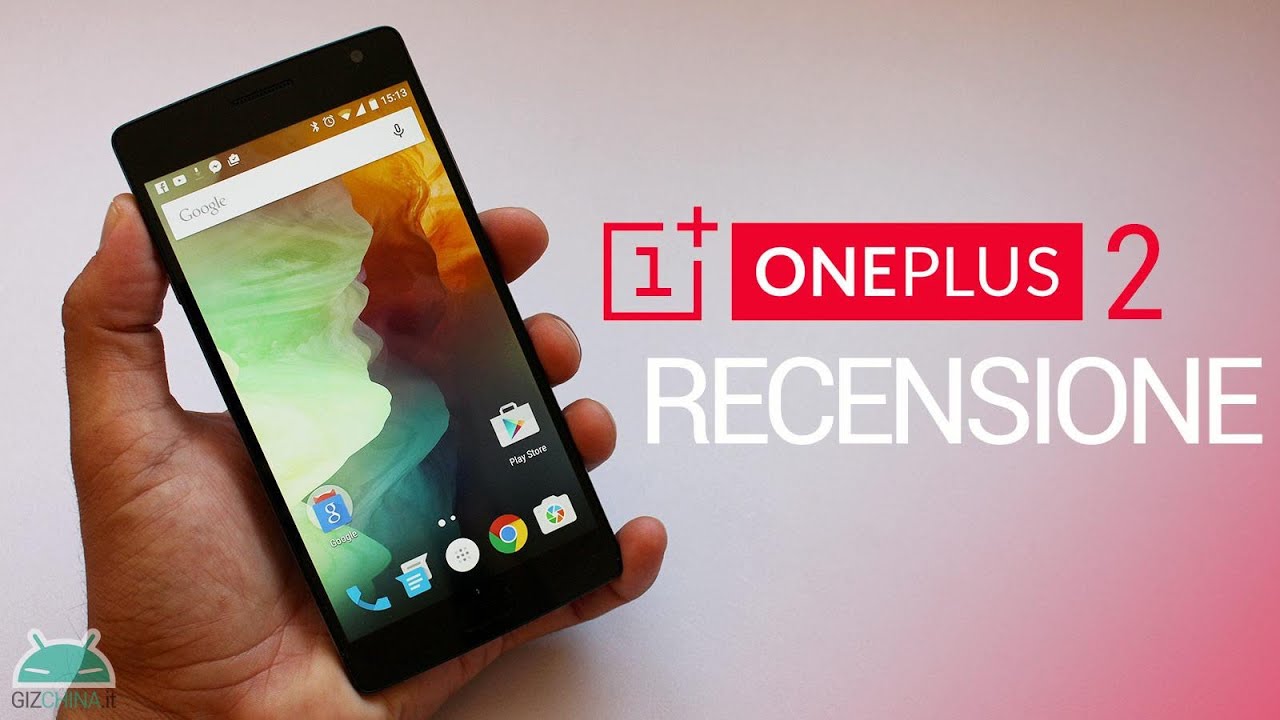 The device arrives in a small red cardboard box, different from the one seen for the previous model, but rather elegant. Inside the bot we find, in addition to the smartphone, a cable Reversible USB - USB Type-C and a power supply in European format.

An accessory equipment, therefore, rather minimal and, as usual, without earphones. 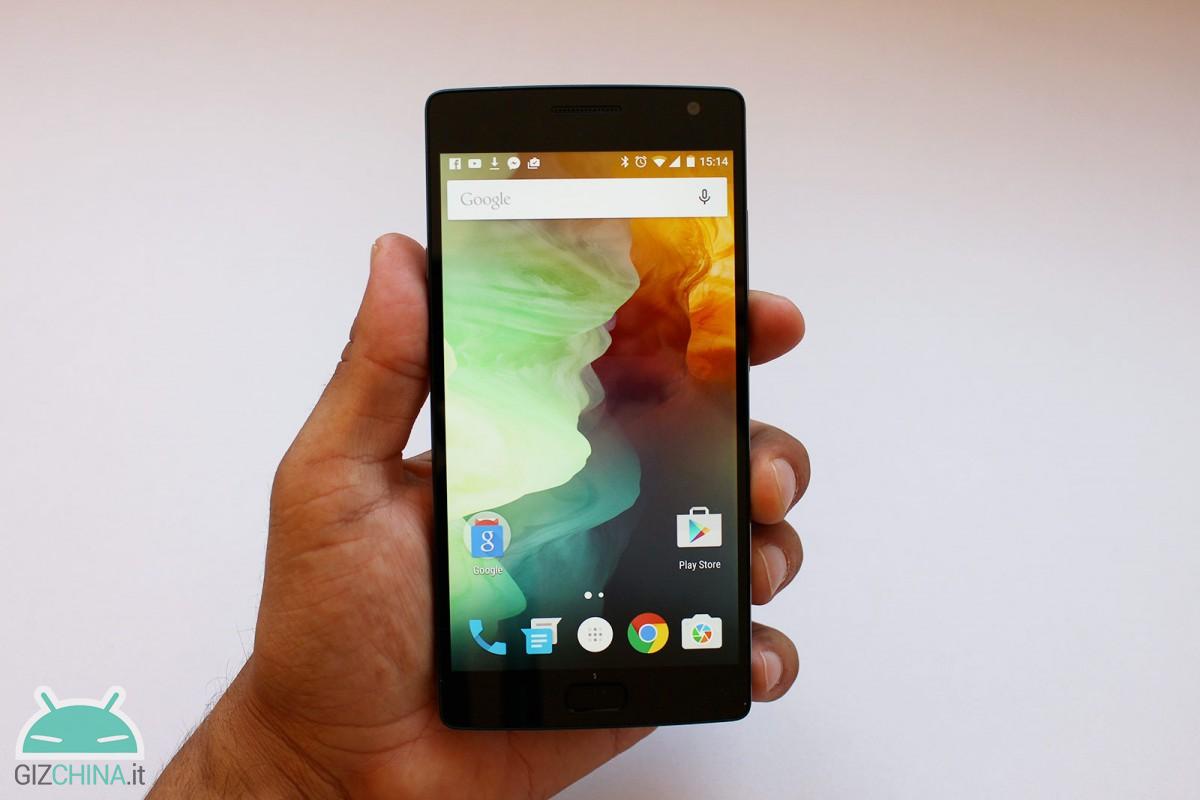 Compared to OnePlus One, OnePlus 2 is characterized by a slightly redefined design, especially as regards the back-cover and the chin of the device.

The rear camera is slightly lower, in a rather unusual position, while frontally we find the soft-touch button with the fingerprint reader integrated.

Let's briefly see the arrangement of keys and inputs: 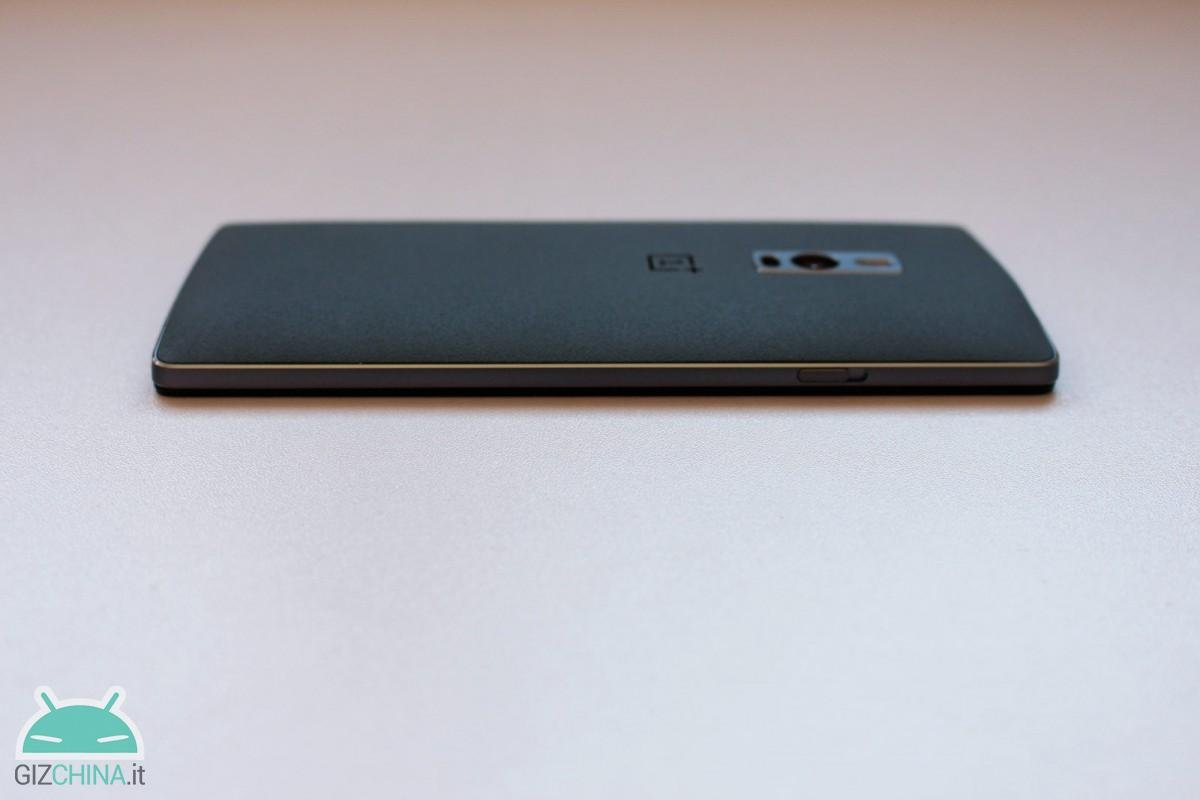 On the right hand side we find the volume rocker and the on / off button. 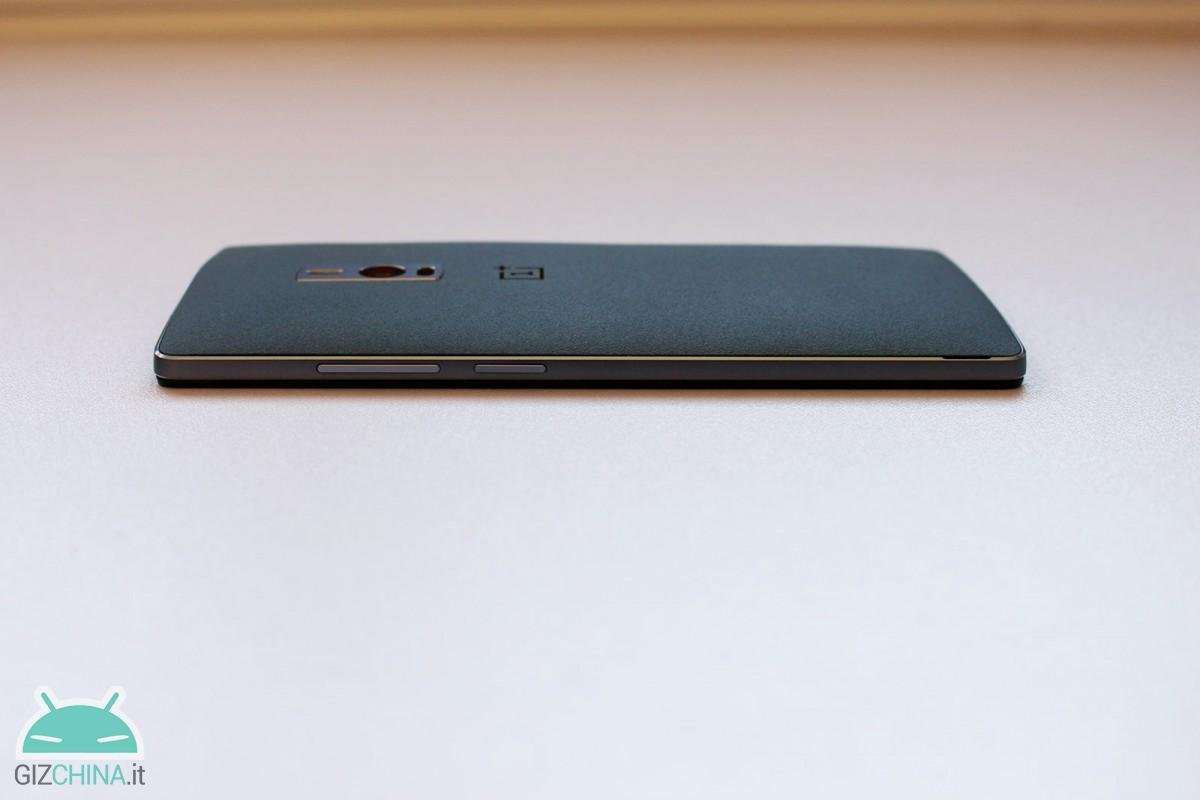 On the left profile the new slider for the adjustment of style notifications iPhone. 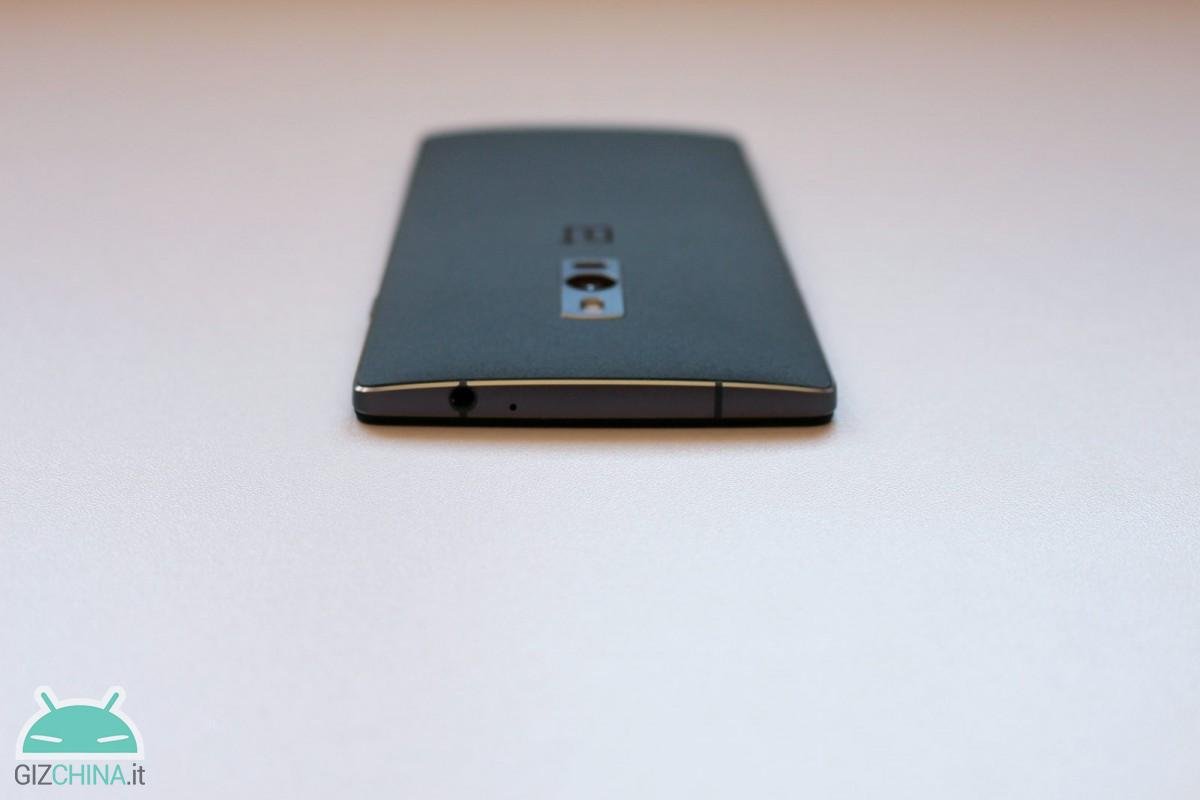 Top the jack from 3.5 mm and according to microphone for the reduction of environmental noise.

Below, instead, we find the new connector USB Type-C and a double side ring that hides one microphone it's a single speaker of system. 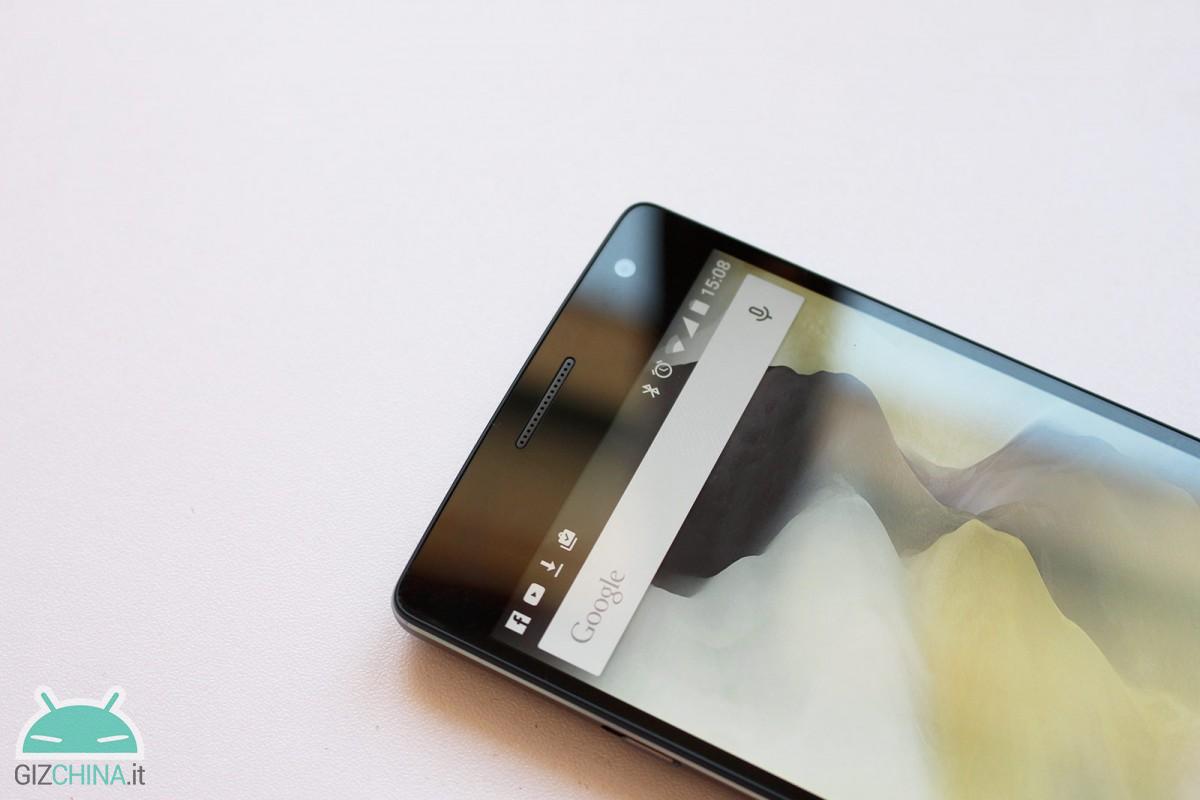 Frontally we find the capsule on the top, the camera from 5 mega-pixels, the brightness and proximity sensors and a small LED notification. 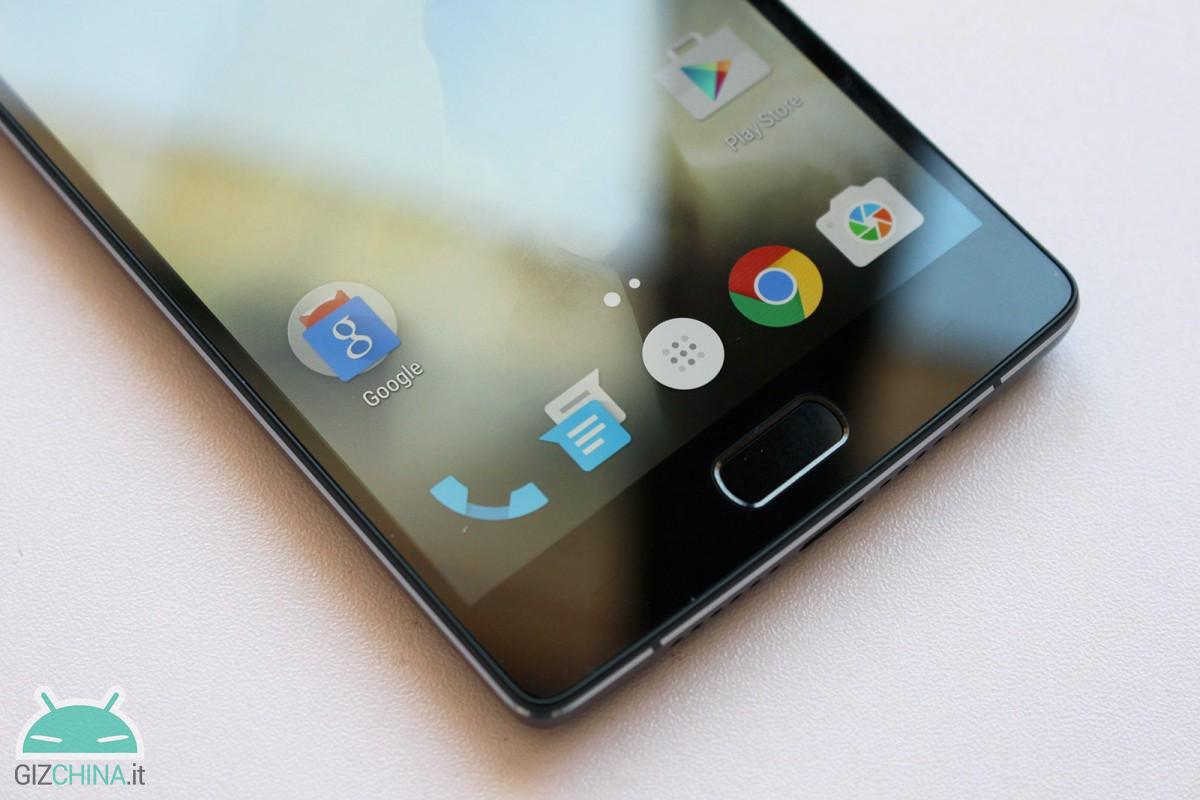 At the bottom, instead, the soft-touch button with fingerprint reader. 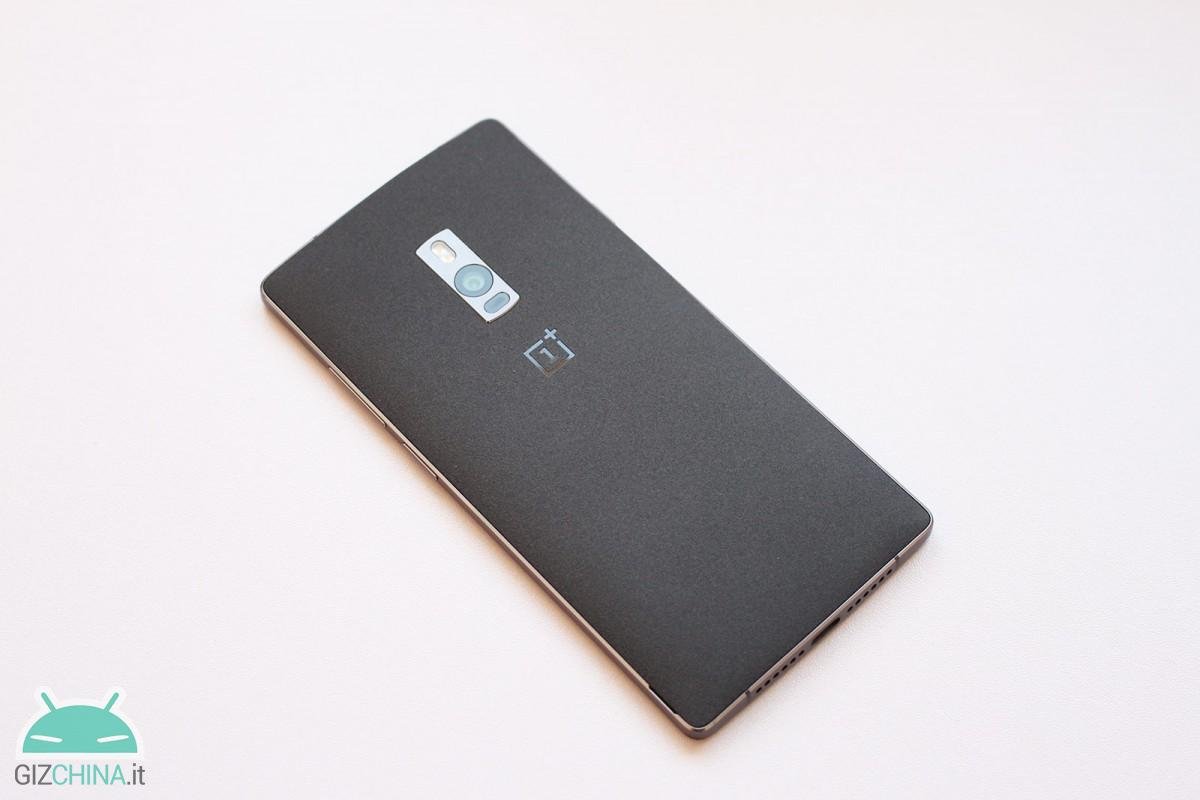 On the back, finally, we find the rear camera from 13 mega-pixels with double Flash LED, autofocus laser e optical image stabilizer.

The back-cover of our sample is the Sandstone Black slightly rougher than the OnePlus One. The same is easily removable and replaceable with alternative solutions proposed by the manufacturer such as Bamboo e Kevlar.

Below it you can access the double SIM slot, both in format Nano. The battery, however, is not removable. 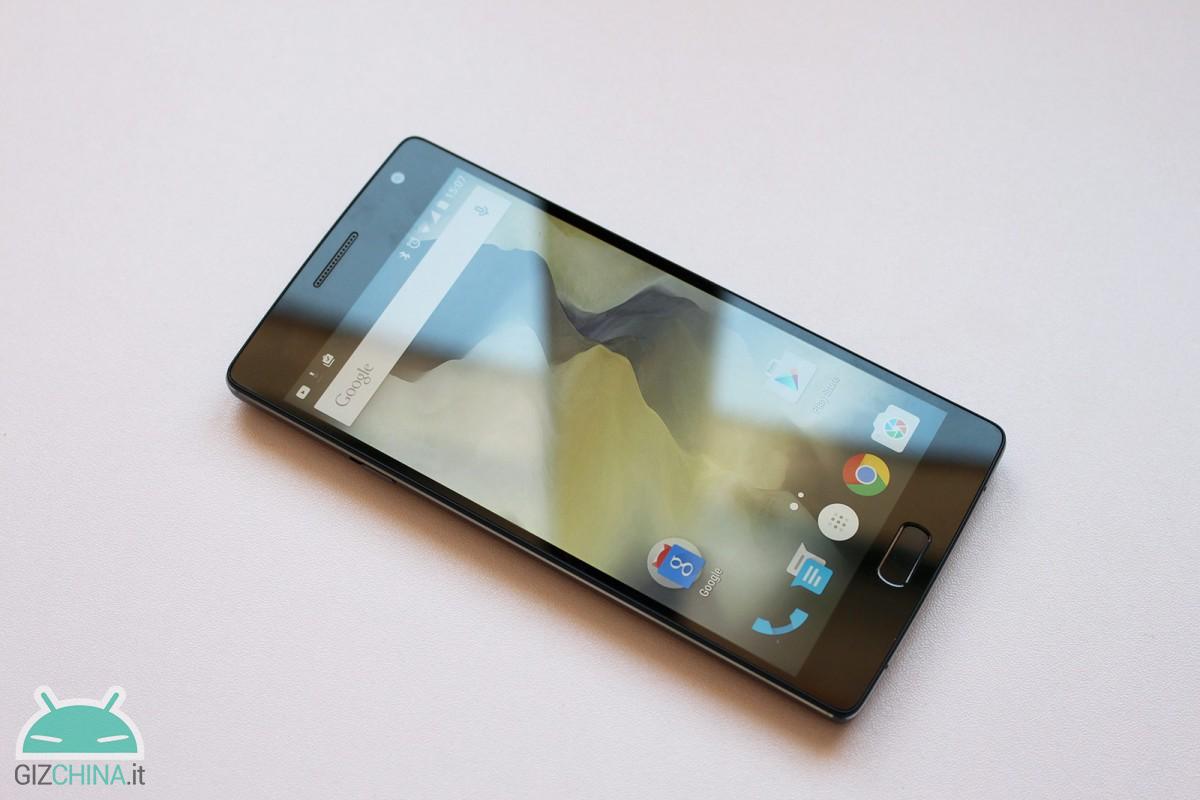 The display of the device is very bright and is characterized by an excellent color rendering associated with good viewing angles.

The touchscreen is very fluid and responsive both during navigation and typing. The brightness is excellent and is well managed by the appropriate sensor.

Absent, however, options for calibrating colors on the display.

Il OnePlus 2 It is available in two variants: from 3 GB of RAM e 16 GB of internal memory and 4 GB of RAM e 64 GB internal memory that can not be expanded. Our sample is the variant from 64 GB, all allocated in a single partition. Present support OTG.

Il OnePlus 2 It is moved by the processor octa-core Qualcomm Snapdragon 810 with clock a 1.8 GHz accompanied by well 4 GB of RAM DDR4 and from the already mentioned 64 GB of internal memory.

<strong>The Eurobursar</strong> OnePlus he managed to “work the miracle”, if we can define it that way, keeping the terminal temperature fairly balanced even during intense use of the device.

By pushing the device with intense multitasking and high-resolution video playback, the temperature has never gone beyond 45°.

The terminal is very fluid in all operations with an excellent user experience thanks to the Oxygen OS.

Read complete data sheet of the OnePlus Two and compare it with that of other devices. 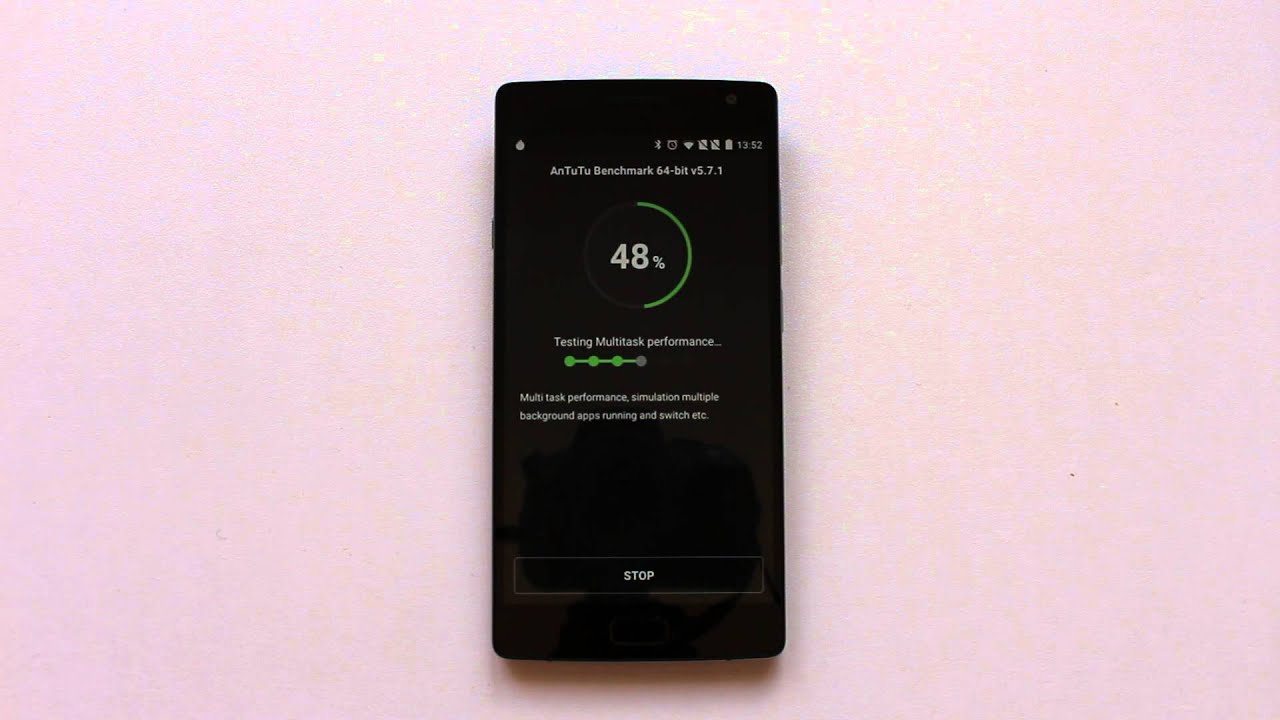 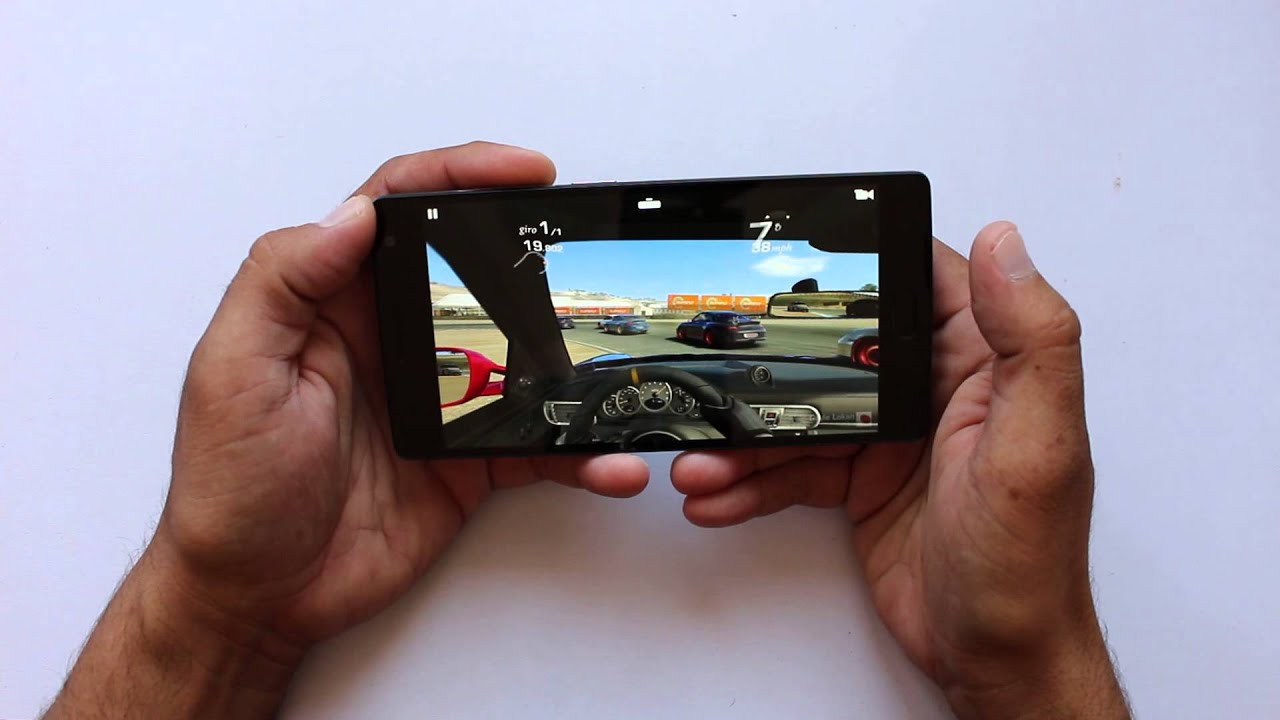 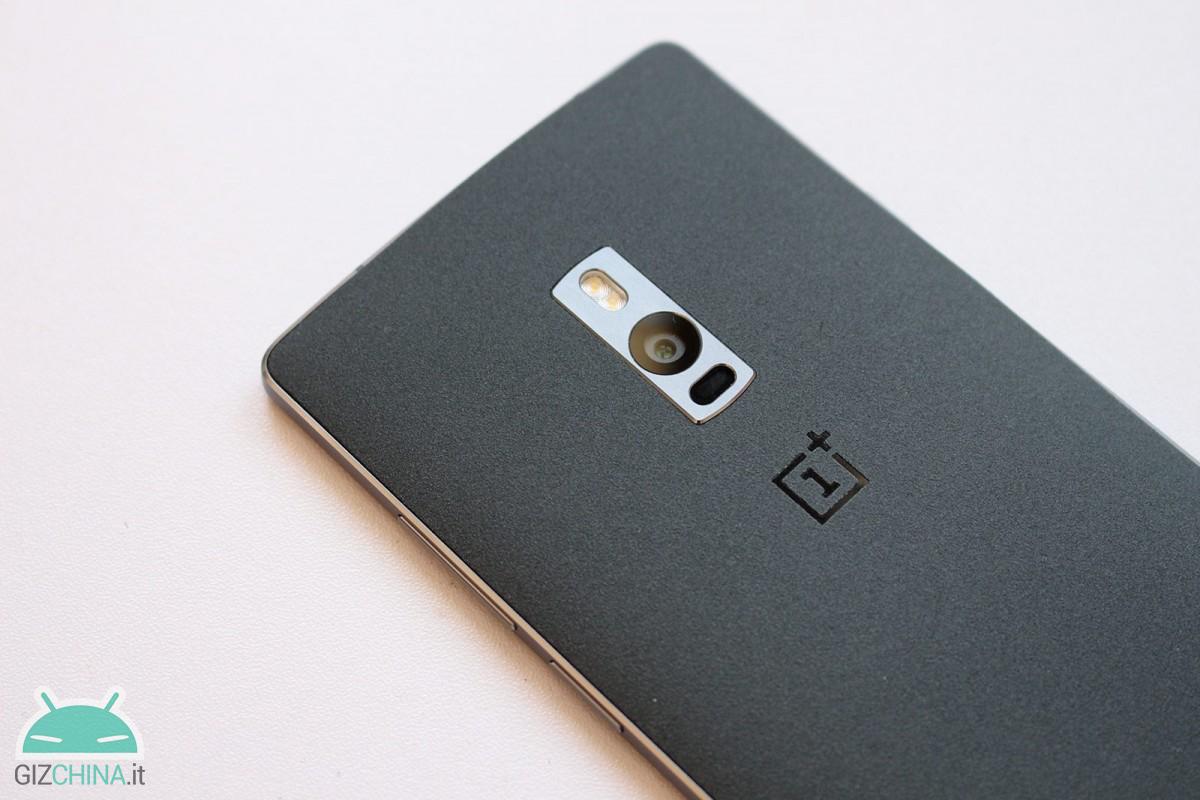 A photographic sector that, on paper, has nothing to envy to competing solutions, but which, to the test of facts, does not express its full potential.

The photographic performance is of a high standard and represents an excellent upgrade compared to the OnePlus One but the software optimization currently does not allow to fully exploit the hardware components available.

THEautofocus laser it works quite well although not lightly. The main problem concerns the slowness in shooting which in some cases requires a lot 4-5 seconds from the tap on the screen to save photos.

In the daytime, the camera makes excellent photos with well-defined and detailed subjects.

Excellent also the implementation ofHDR that improves the contrasts without distorting the details of the shot too much. Compared to other solutions, theHDR is here slightly more pushed.

At night, however, the dual Flash LED it does its job well even if the problem of the shutter speed gets slightly worse in total darkness.

Lo optical stabilizer works well above all in reducing the tremolos in the videos, recorded at the maximum resolution 4K, with a good level of performance.

The front camera from 5 mega-pixels allows you to make selfies and video calls fairly defined.

Here are all the photos taken with the 2 OnePlus 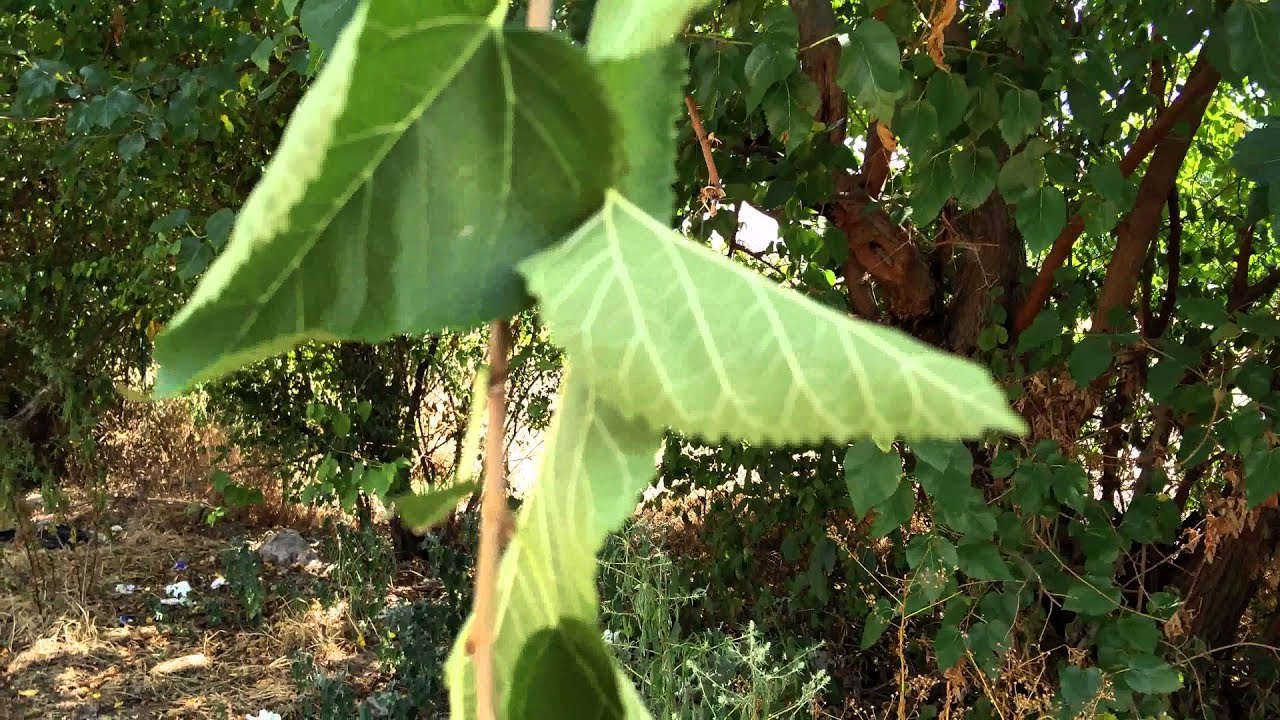 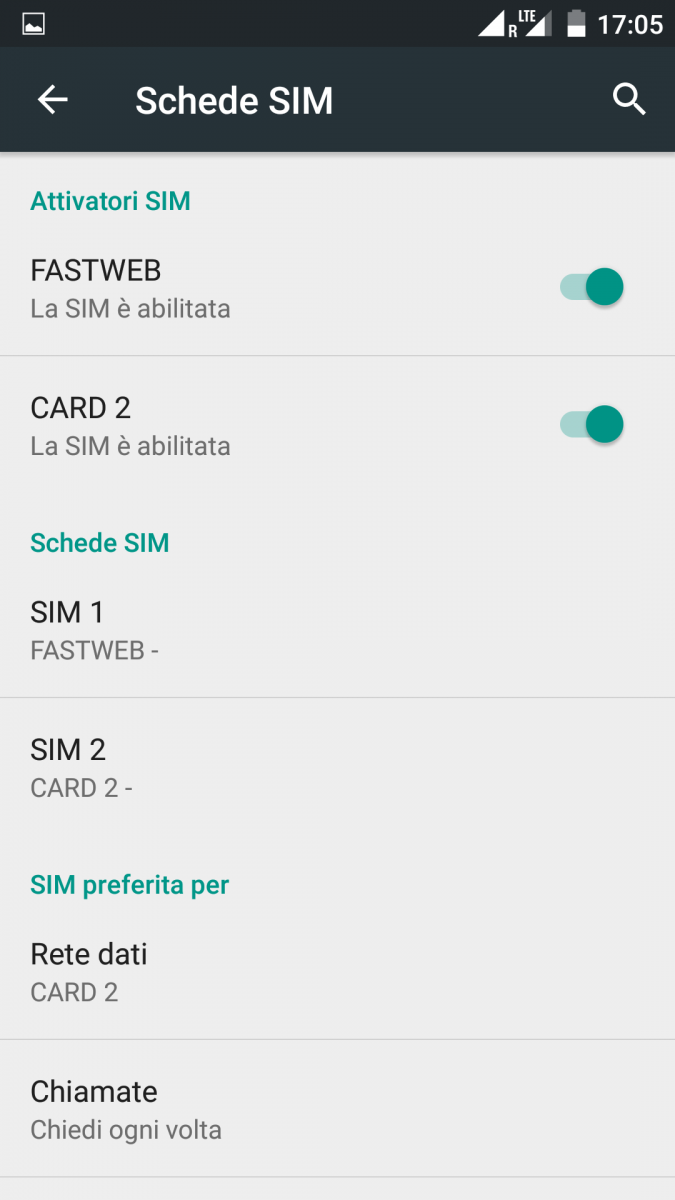 One of the main changes compared to OnePlus One is the introduction of a double SIM slot (both in format Nano) with support for connectivity LTE, including the 800 Mhz band (in the international version). Reception and navigation are excellent even in the mobile cell exchange.

In consideration of the perplexities that emerged in the network, we have tested the Dual SIM support also on the Chinese version of the 2 OnePlus.

No problem with regards to the WiFi, Bluetooth (tested in pairing with a L it's a Xiaomi Mi Band) and with the GPS, really quick to hook the signal and keep the fix during use.

Compared to OnePlus One, OnelPlus 2 loses double speaker in favor of the connector USB Type-C. The maximum volume is lower than the predecessor, but the overall sound quality is slightly better thanks to the implementation ofAudio Tuner MaxxAudio with which it is possible to manage the separate equalization of Music, Movie e Toys.

Il fingerprint reader It is really very responsive and allows you to unlock the device even when the screen is off. A feature certainly very useful and comfortable in everyday use.

Comparing the recognition speed with other devices with the same technology, such as the Samsung Galaxy S6, we can state that the OnePlus TWO has one of the most accurate sensors in circulation.

We have found, as reported on GizChina.it in recent days, a bug that prevents the unlock with fingerprint from the screen that requires the reinsertion of the PIN previously set to restore the full functionality of the same. We hope the manufacturer will fix this problem as soon as possible.

We have found that in Wifi consumption is quite contained but in LTE it is slightly larger than the competition.

Some drain in stand-by prevents the terminal from reaching record autonomy.

Unfortunately, the introduction of theUSB Type-C has prevented the manufacturer from adopting a quick battery charging system, which however is charged by 0% a 100 % water content in about 2 hours and minutes 30.

As software implementations we find the OnePlus Shelf, a custom panel accessible with a swype from the left with recent apps and more viewed contacts, le gestures on screen off, the possibility to switch profiles MaxxAudio through the volume panel, the customization of soft touch keys, the ability to set the black theme and the complete management of the app permissions in style Android M.

Il OnePlus TWO is one of the best smartphones around for what compromises quality / price, thanks to a very powerful hardware and a very light software.

However, it is not the flagship killer declared and acclaimed by the company, since the software is still immature from some points of view, the camera does not perform as it could and the fingerprint sensor sporadically loses a few shots.

It's worth switching from OnePlus One a OnePlus Two? At present, no, since the change is not radical, but represents only a natural evolution of the previous model.

Il OnePlus 2 is available for purchase by invitation on OnePlus.net at the price of 399 € in the variant from 4 GB of RAM e 64 GB of internal memory.