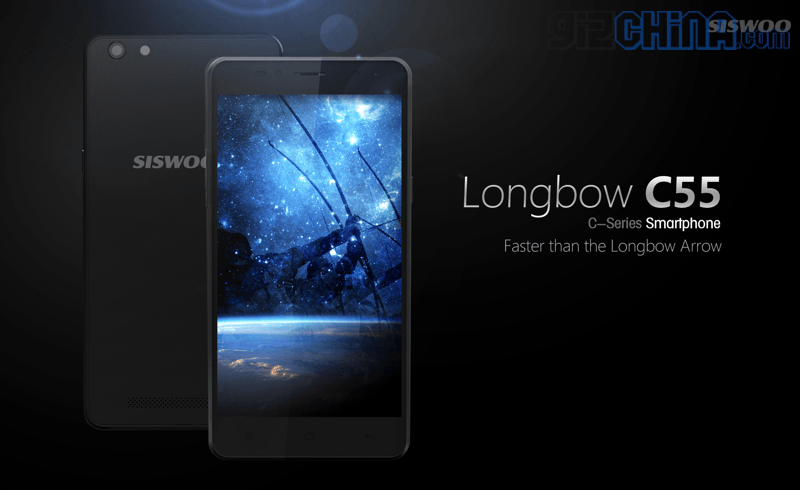 The Chinese company Siswoo has updated the data sheet of the recent Siswoo C55, a smartphone characterized, previously, by a MT6735 quad-core SoC and from a back camera from 8 Mega-pixel.

With the latest revision the manufacturer has partially revised the hardware specifications of the device, which now provide the much more powerful SoC octa-core MediaTek MT6753, the same installed on the new Meizu M2 Notes, accompanied by the same 2GB RAM of the original version and from the same front camera from 5 Mega-pixel, as well as the internal memory, which remains from 16GB.

The rear camera, however, has undergone a generous upgrade, passing from 8 ai 13 Mega-pixel, while the supplied battery will not be from 4200 mAh as declared in the launch phase, but by "alone" 3300 mAh, which still remains higher than the average capacities of today's batteries.

Il Siswoo C55 will continue to be sold to dollars 150, about 135 € at the exchange, a price already announced previously and certainly interesting for the new hardware revision of the device, which will make this smartphone much more attractive.

What do you think of this device? Only 135 euro could be considered a good deal, although it will be necessary to see if what is reported in the technical data sheet will also correspond to good performances.