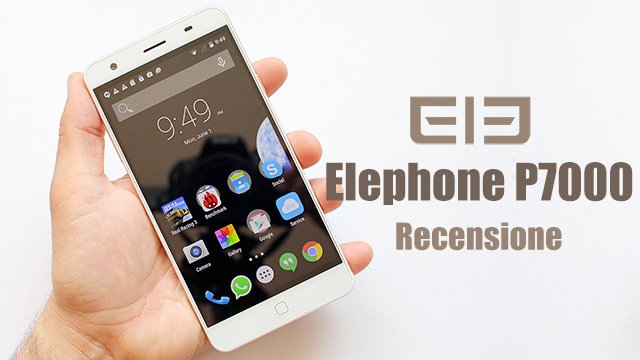 Finally we have the opportunity to offer you our review in Italian exclusive dell 'Elephone P7000, the new and highly anticipated flagship of the company equipped with octacore processor, 3GB of RAM and fingerprint reader.

The interest generated in the last few weeks around the P7000 is mainly justified by the excellent price / specific ratio that the device offers, but it is time to find out if all this also corresponds to the performance of the same level. 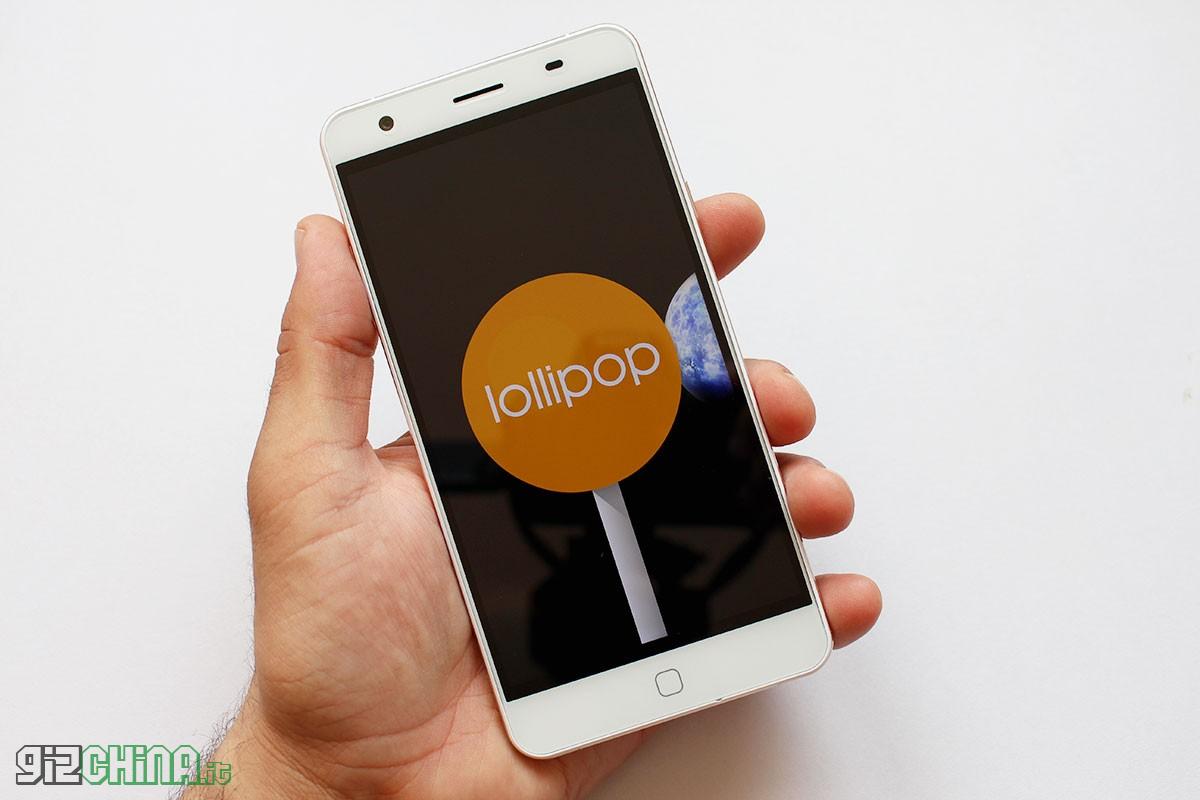 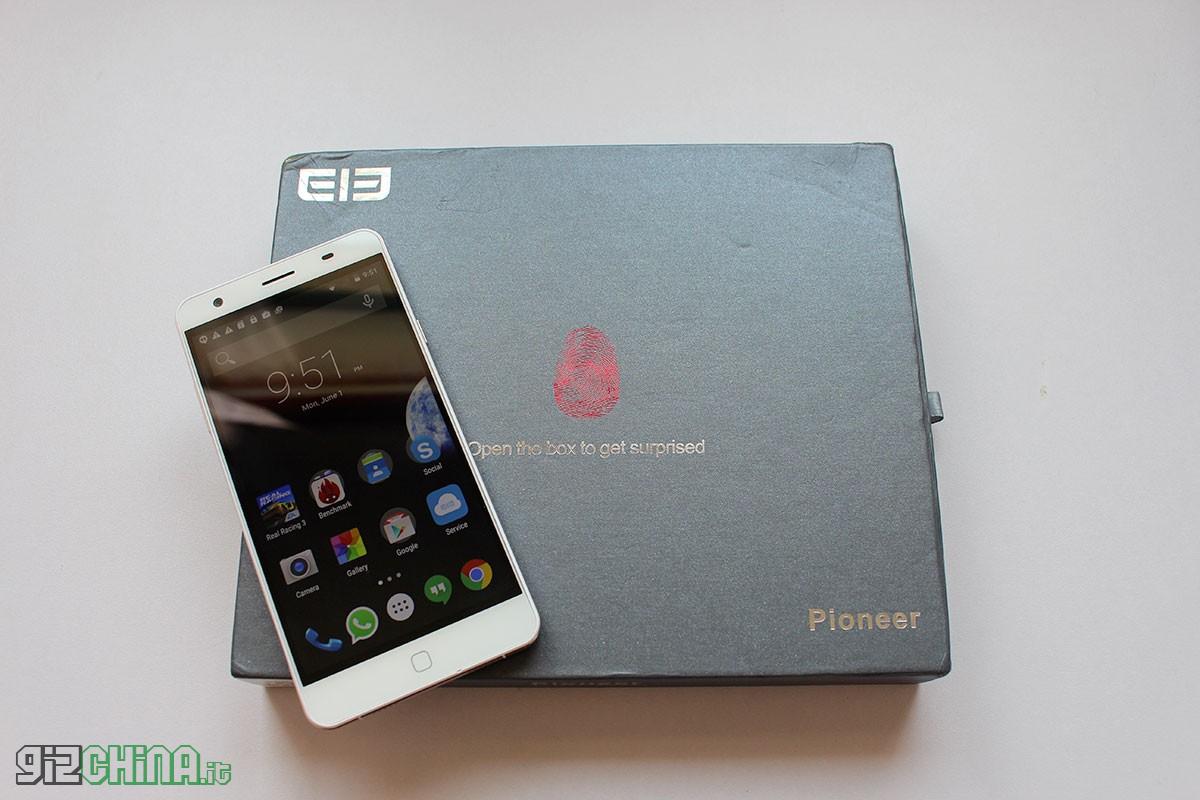 The sales package of the Elephone P7000 is characterized by a more elongated shape than the standard boxes, with a fingerprint imprinted on the top and a writing that invites you to open to discover surprises. 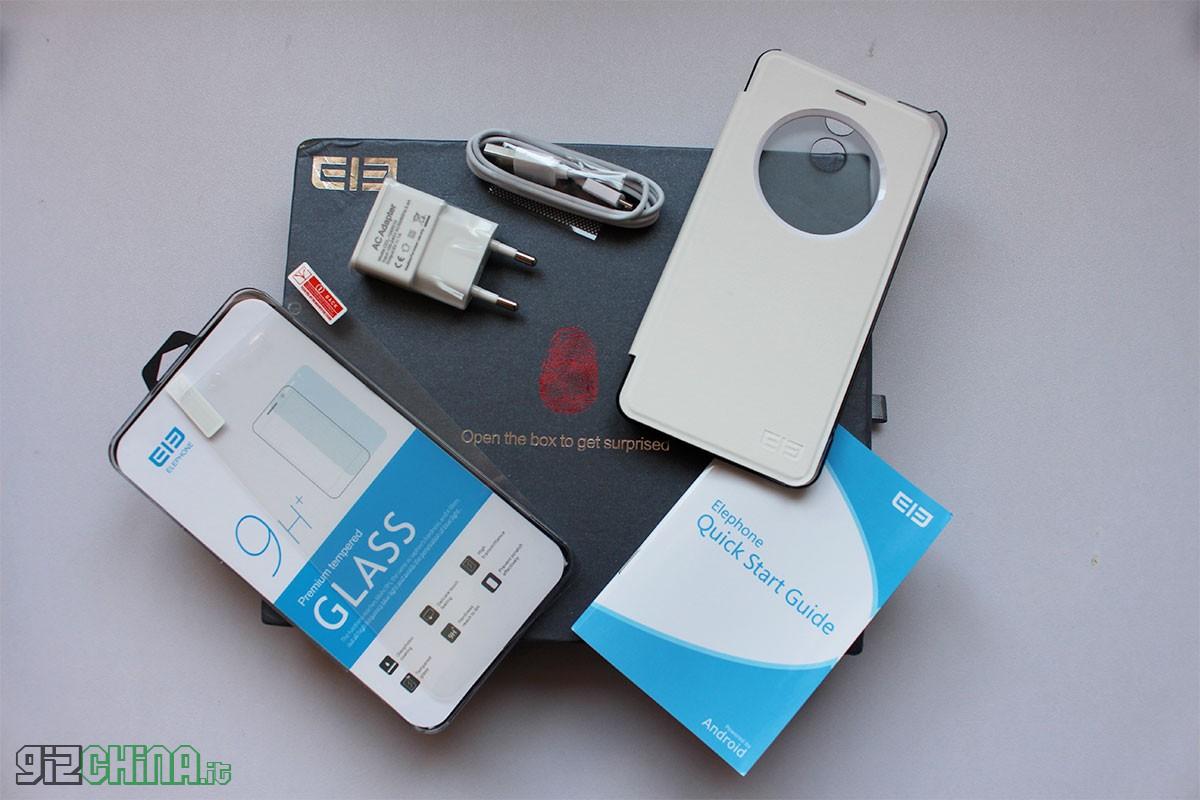 These surprises are represented by a very complete accessories and in fact in the box we find:

The complete specifications of the Elephone P7000

As anticipated in the introduction, the Elephone P7000 is characterized by very interesting specifications and, in particular, by the well-established 64-bit Mediatek octacore chipset MT6752 by 1.7Ghz, flanked by 3GB of LPDDR3 RAM e 16GB of internal memory (only partition from about 12.5GB) expandable with micro SD up to 64GB. But the salient point of the technical data sheet of the device definitely concerns the endowment of a fingerprint reader installed on the rear body and, therefore, reachable with the index finger in the handle. 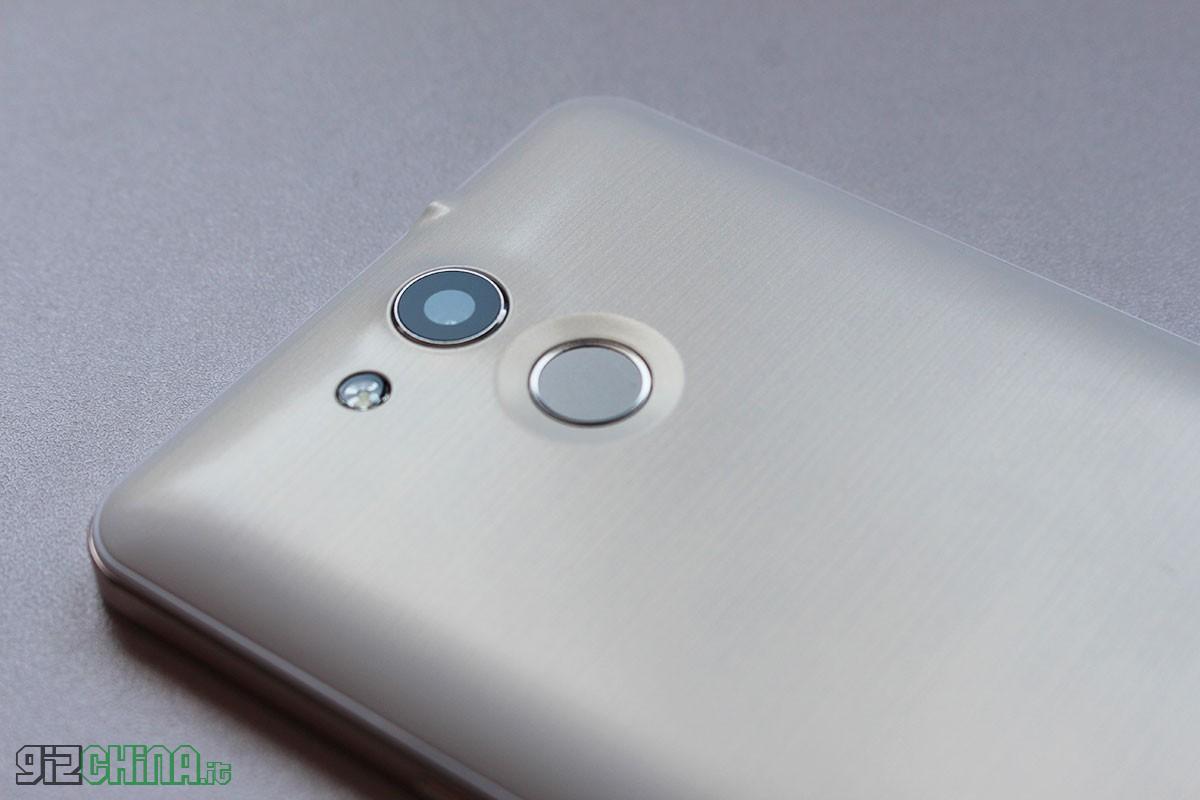 As on many other smartphones in the category, also on the P7000 the Mediatek processor is flanked by a GPU Mali T760. The display of the P7000 is instead a panel with a diagonal from 5.5 inches, with resolution FullHD 1920 x 1080 pixels, protected by a glass Corning Gorilla Glass 3.

Support is not lacking dual dual SIM 4G LTE (1 SIM standard and a micro SIM), while the battery is a unit from 3450 mAh. 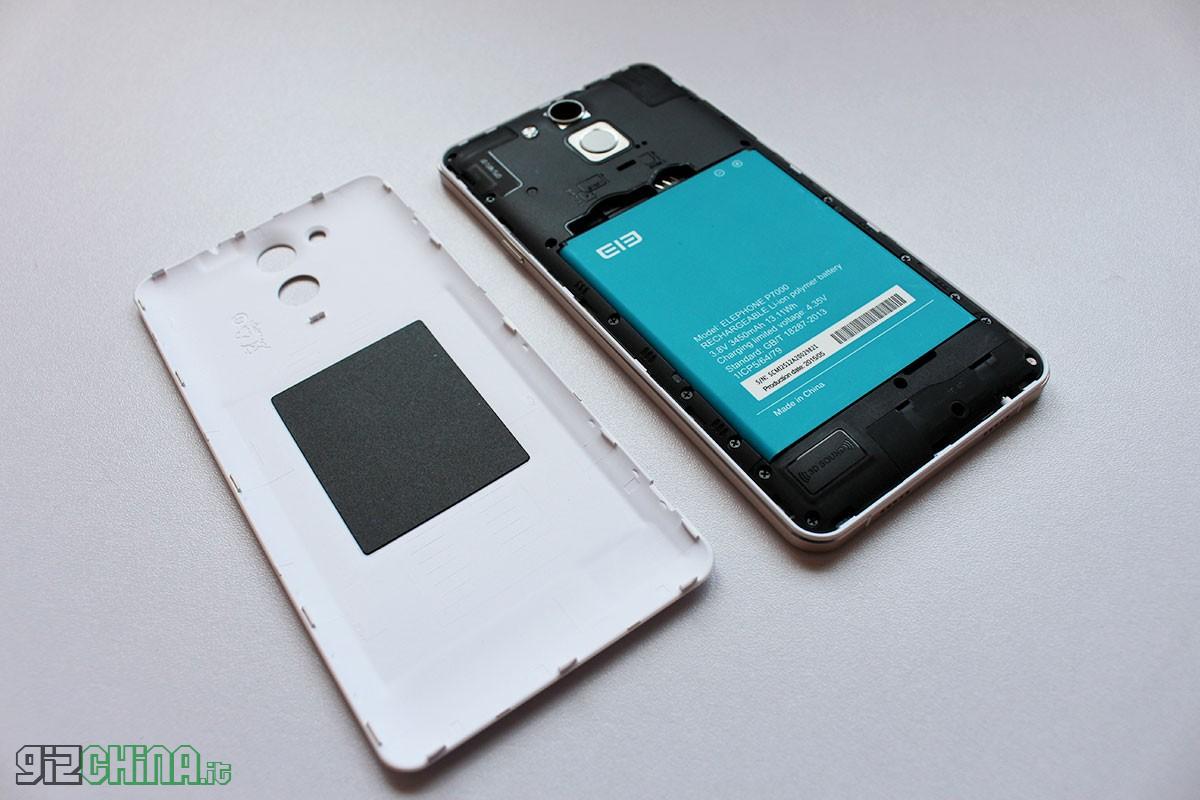 The photographic section consists instead of a rear camera with a sensor XMUMX mega-pixel Sony IMX13 with dual LED flash and opening F / 2.0 and a front from 5 mega-pixel.

The specifications of the device are completed Dual band WiFi a / b / g / n, Bluetooth 4.0, the GPS with Glonass.

The design of the Elephone P7000 is certainly not one of the most striking features of the device.

Except for the metal perimeter frame, the construction materials of the P7000 are mainly plastic, albeit of excellent quality. The assembly of the device is, in fact, very good and, in particular, the back cover appears very thick and such to dissipate very well the heat produced during the most demanding sessions of use. 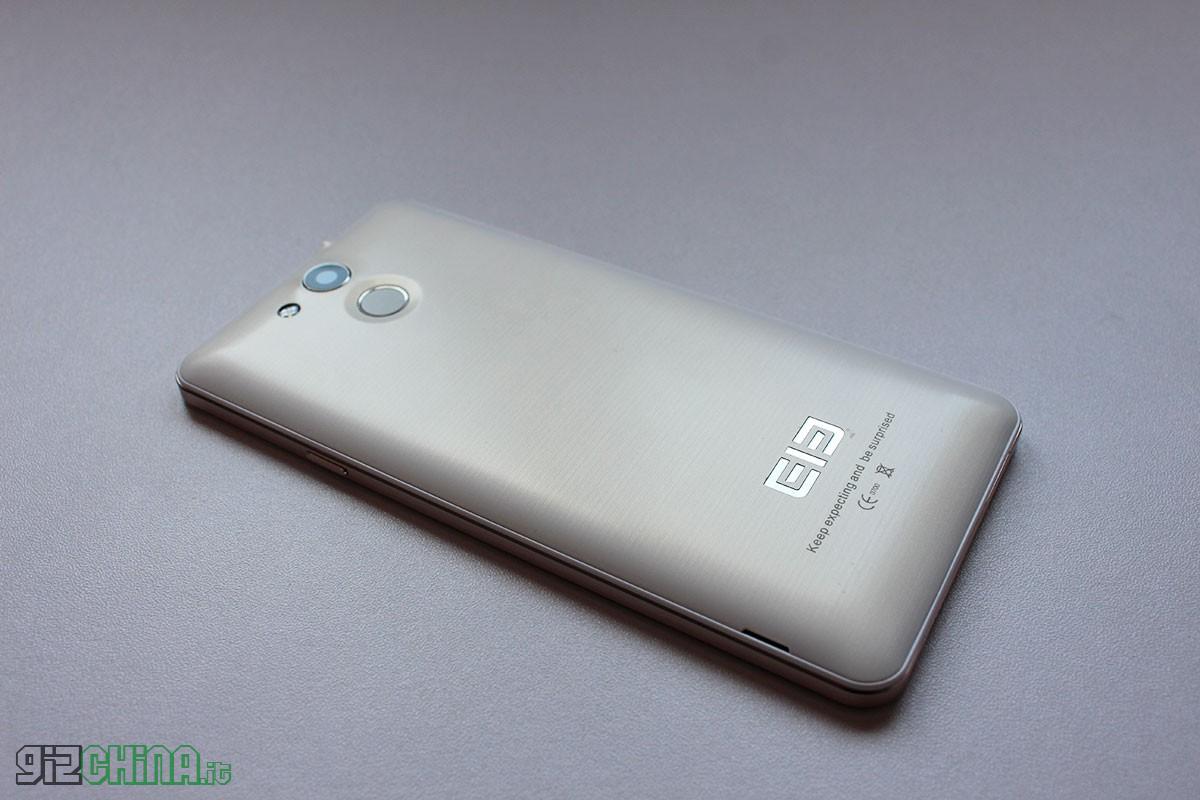 In general, the P7000 appears to be a very solid device, characterized by a good grip and good grip.

The dimensions are such that they can not be easily used with just one hand of the device, even if some gesture and the fingerprint reader come to the rescue in this direction.

Like the Ulefone Be Touch, even the Elephone P7000 is equipped with a fingerprint reader, even if the same is positioned differently than the device previously reviewed, or in the back. 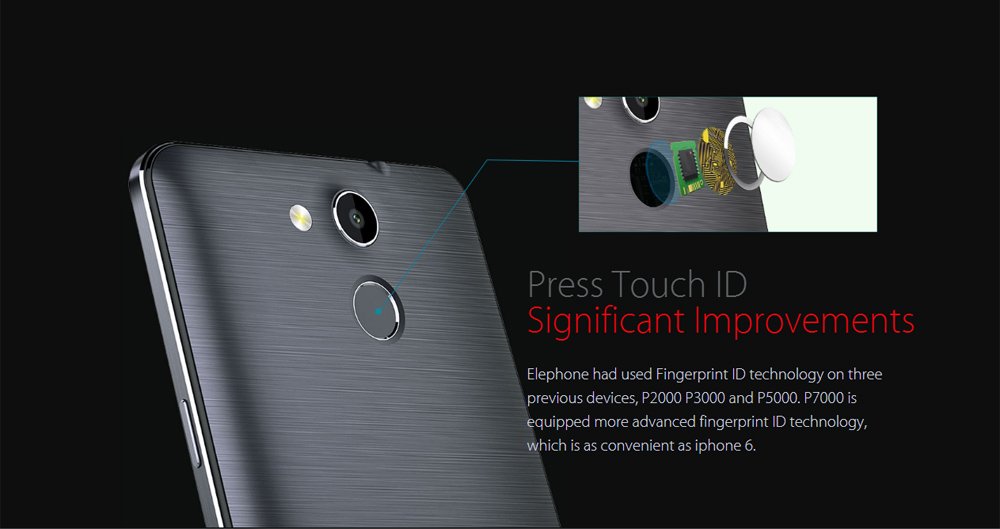 In addition to the different position, the reader installed on the P7000 proved to be much more reliable and faster in reading the impression, guaranteed in a more instantaneous and above all almost at every touch.

The Elephone P7000 features a display IPS diagonal with 5.5 inches, glass Corning Gorilla Glass 3 and a FullHD resolution 1920 x 1080 pixels which, although characterized by a good level of brightness, highlights a not perfect color reproduction, in particular as regards the black which seems to be a bit subdued. 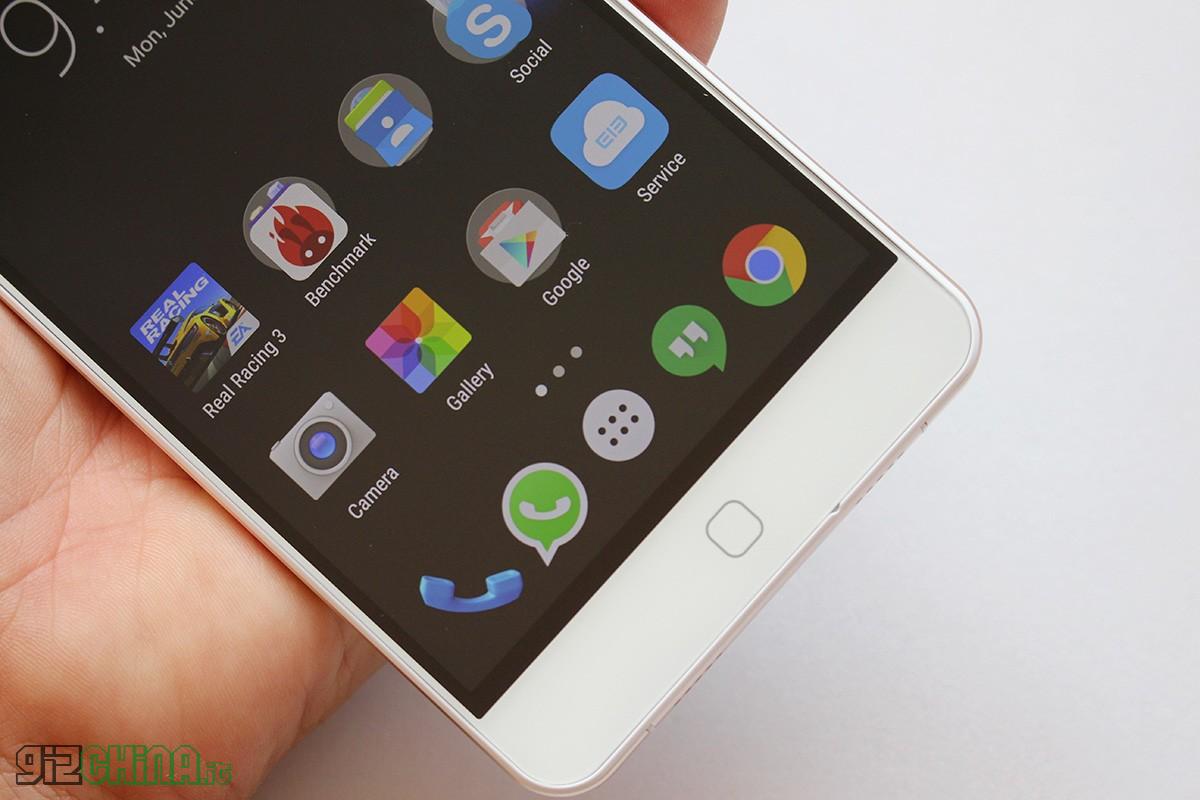 Furthermore, the panel is characterized by an assembly defect, ie a backflow of the backlight in the central part, detectable in the display of the softer colors. 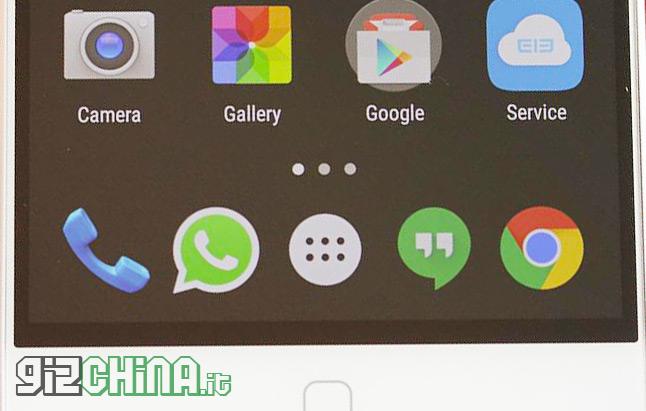 Despite the appearance with the display off, the bezels of the panel are quite thick, from an aesthetic point of view, this is one of the main "limits" of the device.

The brightness sensor turns out to be quite reactive in its adjustment (even if, from time to time, it is "frozen"), while the touchscreen, although free from Ghost touch or jamming problems, is average in terms of sensitivity in the touch.

Although the one installed on the Elephone P7000 is in general a good display, I think it is now legitimate to expect something more from the company, especially with reference to the assembly defect highlighted above.

The Elephone P7000 is factory equipped with a ROM already updated to Android Lollipop 5.0.

The ROM is almost completely stock, with the only addition of the classic Dual SIM management menu, those of fingerprint reader management e of the notification LED and gestures on screen off.

Some occasional crash of some apps highlights the need for software optimization for the Elephone P7000, while for the connectivity, WiFi, Bluetooth and GPS (with Glonass) work perfectly.

In general, the ROM runs quite well, even if compared to the fluidity detected on the Ulefone Be Touch that of the P7000 seems to be of a slightly lower level. From this point of view, most likely it affects the presence of a display with FULLHD resolution.

The excellent performances in the MT6752 chipset benchmark tests are now known to all and are also confirmed on the Elephone P7000.

In fact, in the various benchmark tests performed, the scores obtained by the device are in line with those totaled by the other smartphones in the category, with the exception of the test with Epic Citadel, which instead returned a score much lower than the average.

In the classic test of AnTuTu Benchmark the device scored a good score 39.997 points. 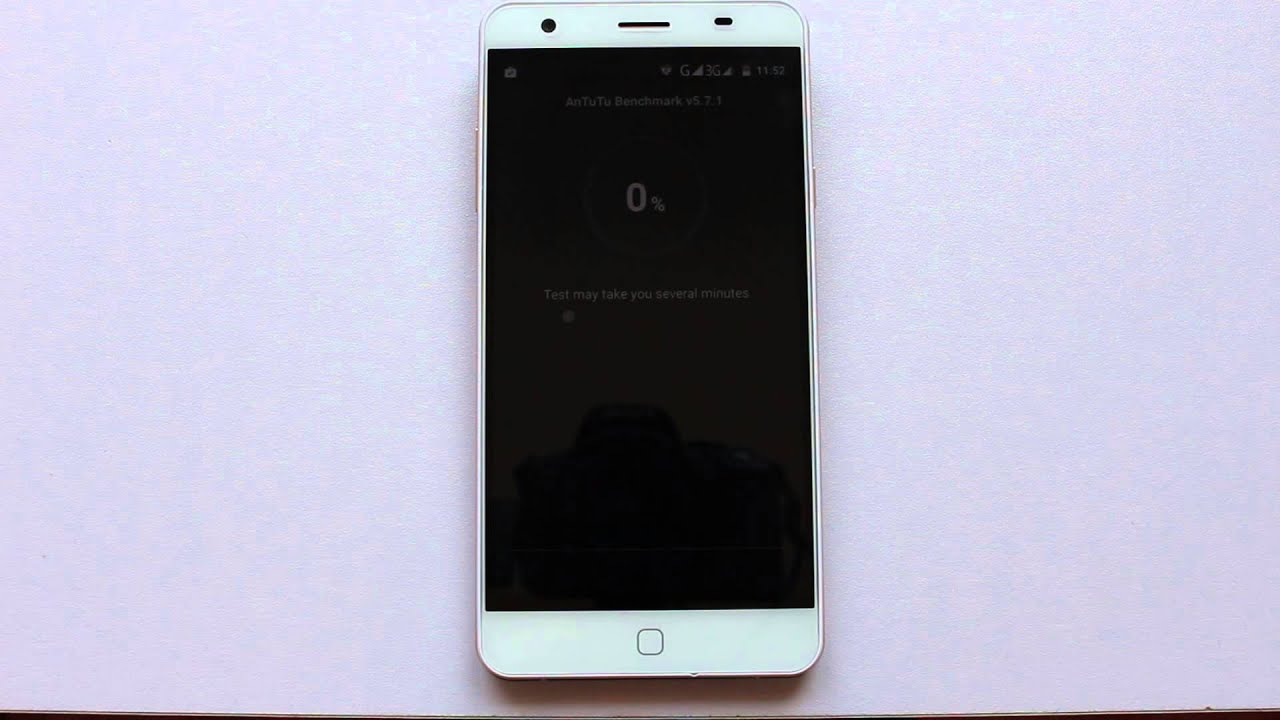 Here are all the other scores obtained by the Elephone P7000 in the various benchmark tests:

As well as the MT6752 processor, also the GPU Mali-T760 now represents a guarantee in the services offered. On this new series of Chipset and GPU, in fact, Real Racing 3 does not show any problems, with a reproduction of the elements to the maximum (including the reflection in the rearview mirrors) and a gaming experience that is always very pleasant, albeit with some sporadic loss of frame. 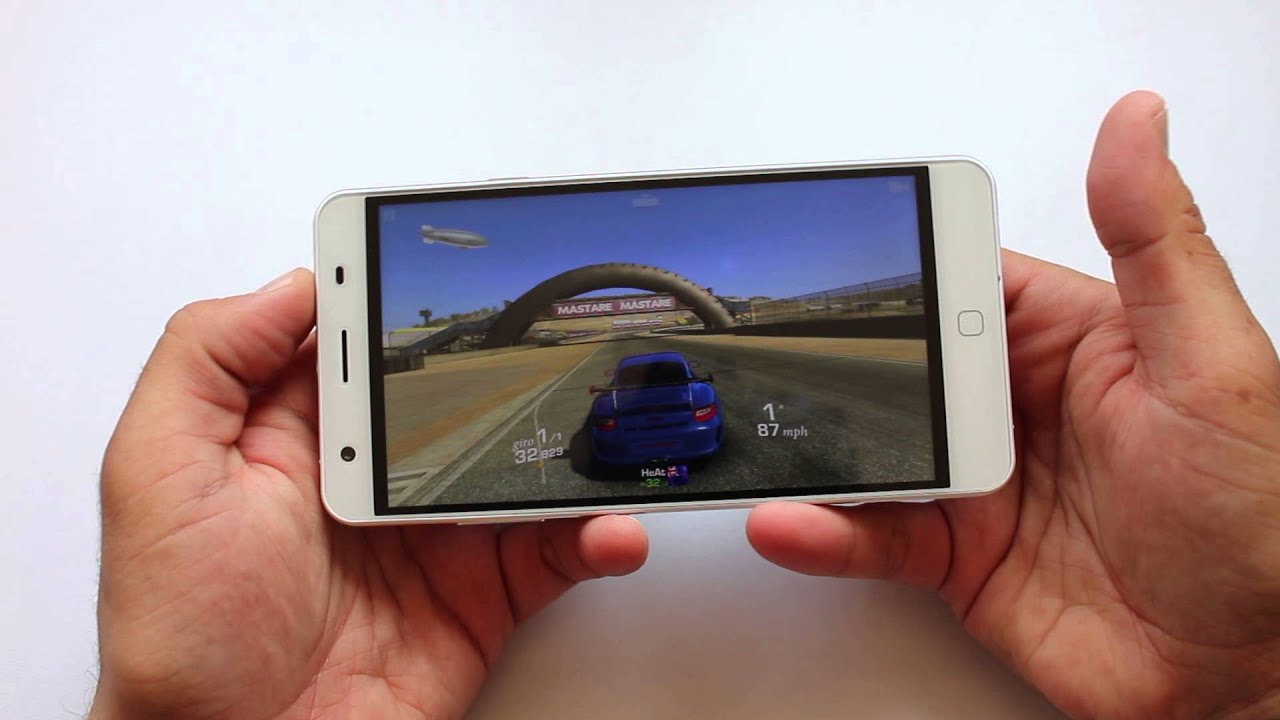 The reception of the Elephone P7000 is good, although slightly lower than that detected on the Ulefone Be Touch.

Both SIM slots of the device are equipped with the support 4G LTE connectivity, hot switchable through the dual SIM management menu. No problem either in 4G (where coverage is present) or in 3G.

The audio in the hands-free speaker is not particularly high, while it is excellent in the ear capsule and good in the headphones. 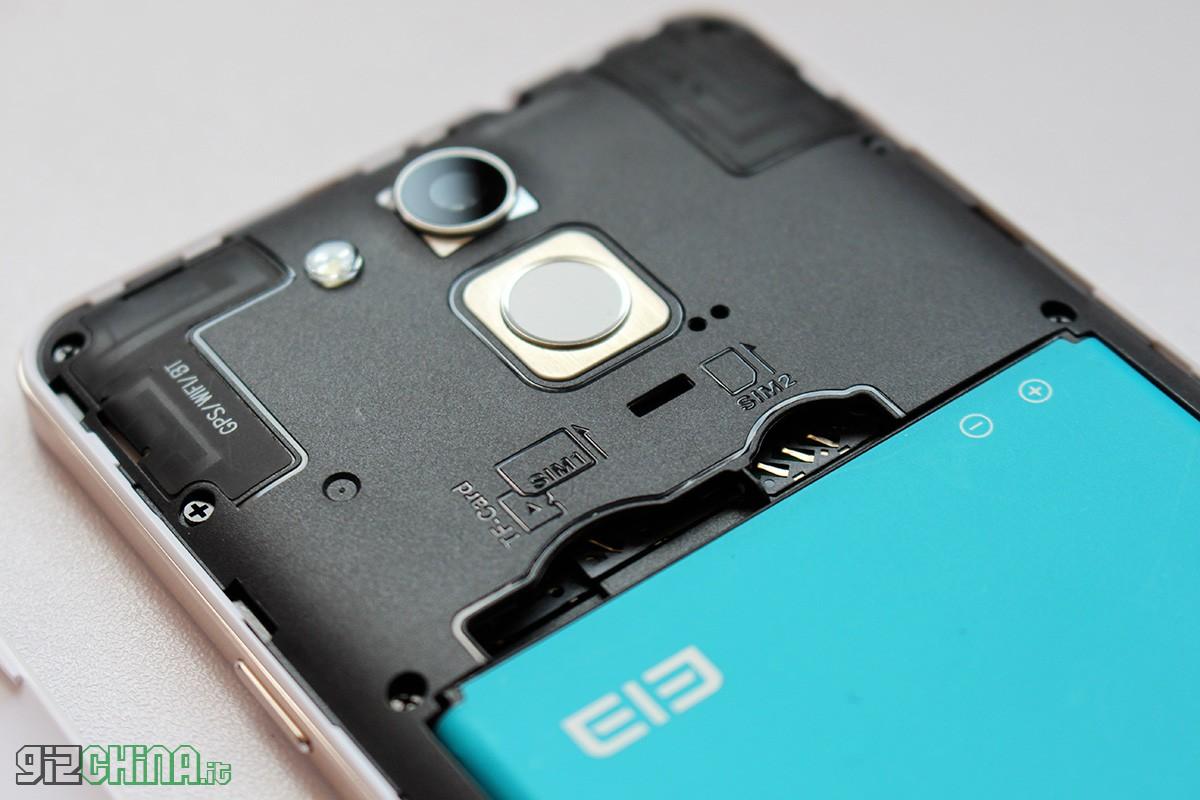 Despite the high-end hardware equipment, the Elephone P7000 photographic section also appears to be intermittent in performance.

What on paper is an excellent sensor (rear from XMUMX mega-pixel Sony IMX13 with LED flash and F / 214 aperture) offered in these days of testing results not always up to spec.

However, it is necessary to underline that what is highlighted is to be related to the higher expectations towards the sensor. With the Elephone P7000, in fact, it is still possible to get good shots, especially in macros performed in good lighting conditions.

Instead, when the brightness level drops, it is quite visible on photos of the photographic noise.

The LED flash is affected by the same bug detected on the Ulefone Be Touch, as, as you can see from the samples, they tend to red.

The front camera is instead average. With the sensor from 5 mega-pixel installed on the P7000, in fact, you will be able to take discrete selfies, but characterized by a little 'photographic noise.

Good 1080p video recording, albeit characterized by the same focus problem detected in the Ulefone Be Touch review. Some audio problems starting the video. 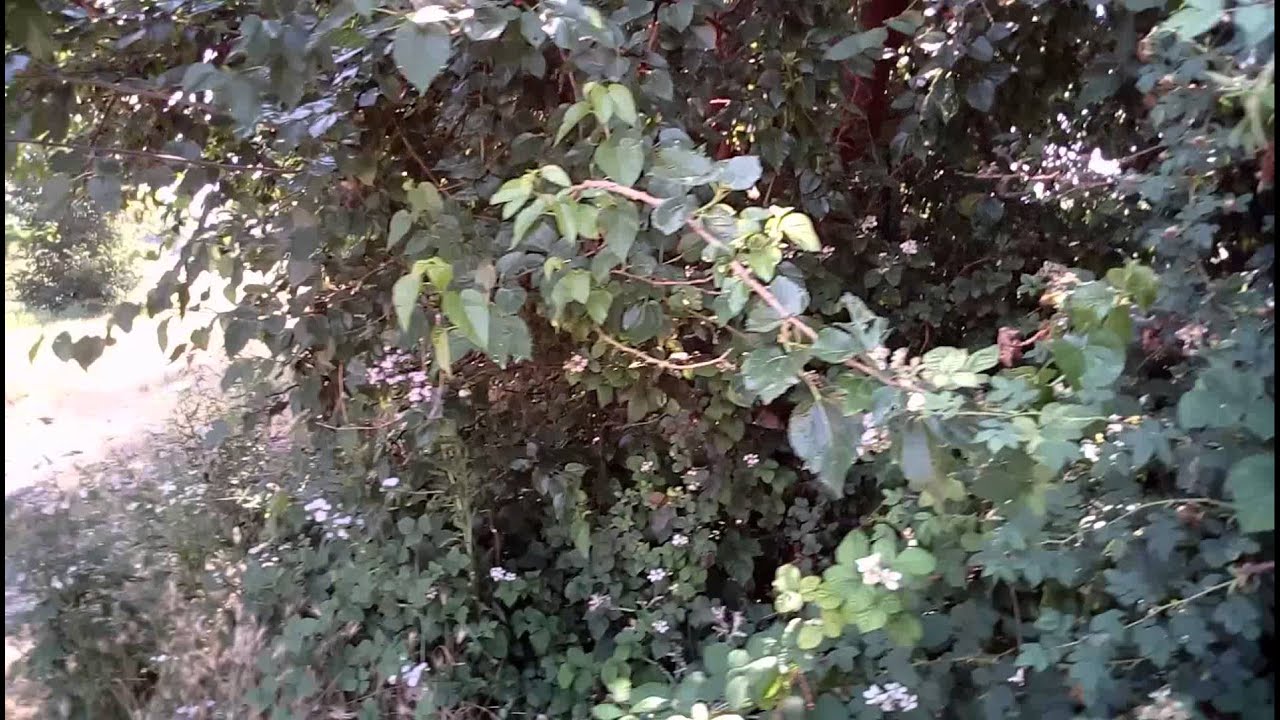 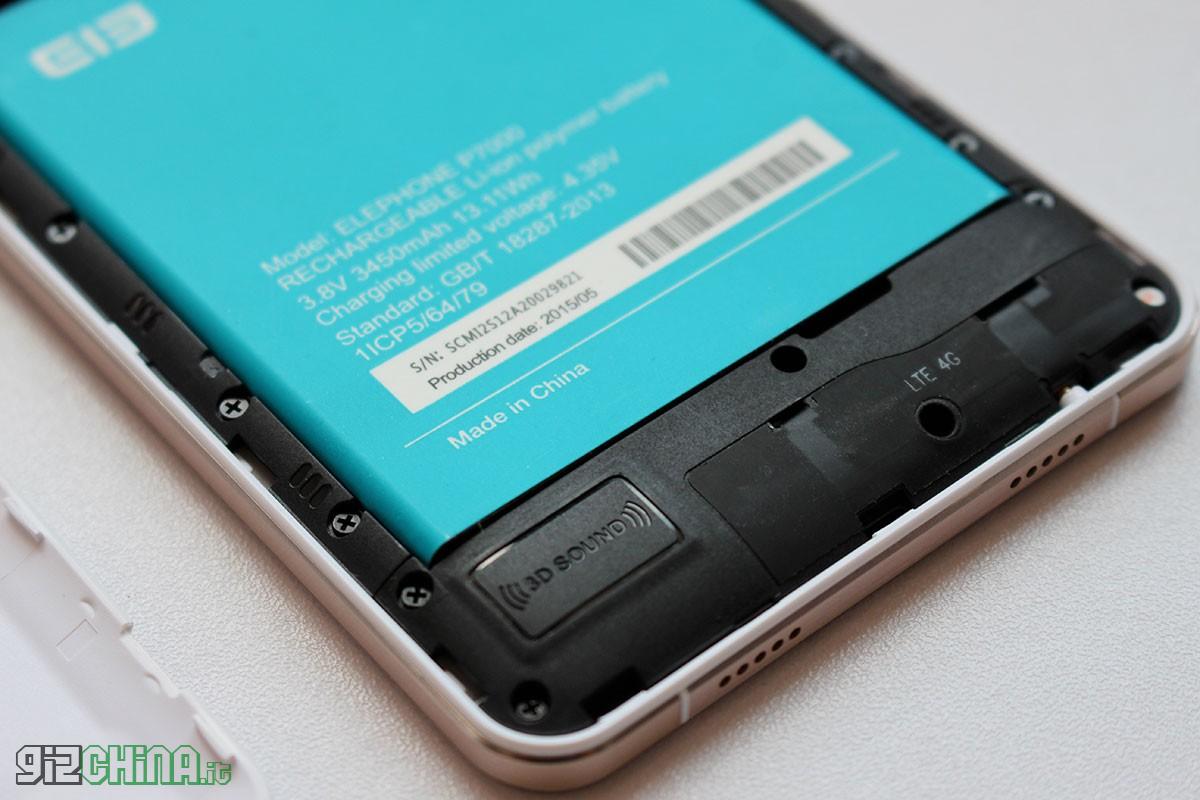 The Elephone P7000 is equipped with one Removable battery from 3450mAh, a unit which, considering the amperage, is characterized by an average autonomy. In these days of testing, in fact, the best result obtained in a day of intense use (with both SIM active and alternating 3G / 4G and WiFi) is on 3 hours and 15 / 30 screen minutes on.

The result obtained can certainly be improved, even if it is necessary to underline that, taking into account the technical specifications, the same is in any case higher than that recently detected on many other devices.

The Elephone P7000 is probably the most anticipated Chinese Android smartphone in recent weeks and, for this reason, given the strong expectations towards it and considering the bugs detected, it could be easy to indulge in negative judgments.

What is certain is that the device requires software optimization, in particular in the general fluidity of the system and in the photographic compartment, too discontinuous in the results and with an LED flash that distorts the colors of the objects portrayed.

However, as already mentioned for the Ulefone Be Touch, often used during this review as a term of comparison, even the Elephone P7000 remains a very interesting device characterized by an excellent quality / price ratio and which has what it takes to compete for the best buy title of this first half of 2015.

In closing we remind you that the Elephone P7000 is available on Tinydeal.com at a discounted price of well 18 € for you readers of GizChina.it thanks to the voucher 209P7000.