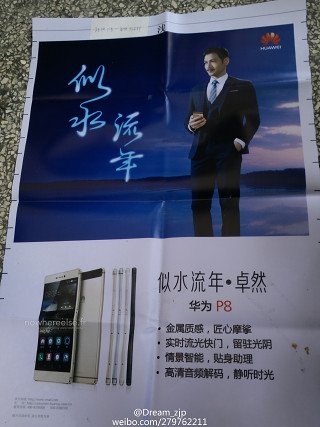 Il Huawei P8 will be officially launched tomorrow, but this is not enough to calm the leak of news and images related to this device.

Today has been leaked an advertising image in which the device is shown in its final version at 24 hours from the official launch.

As can be seen from the image, the Huawei P8 will be available in 4 different colors at launch: black, White, gold e silver.

What seems to be missing is the fingerprint sensor that previous rumors suggested was implemented as on Huawei Mate 7.

We just have to wait until tomorrow to find out the complete technical characteristics of the Huawei P8.