The new SoCs are intended for future smartphones and tablets and in fact they include an integrated modem for mobile connectivity. 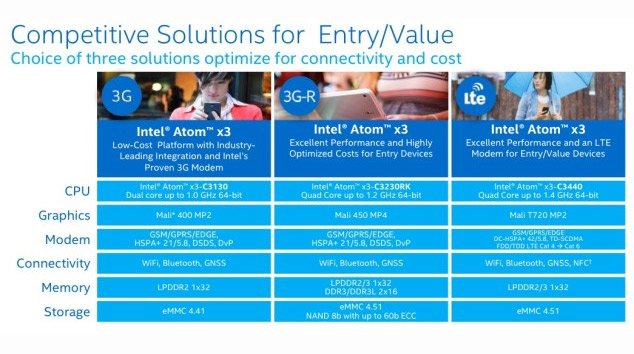 The series Atom X5 ed X7instead, they represent the successors of Cherry Trail and are based on the current ones Intel Atom Bay Trail. The Atom X5 ed X7 they are the first company processors made in 14 nanometers and include the new eighth-generation Intel GPUs.