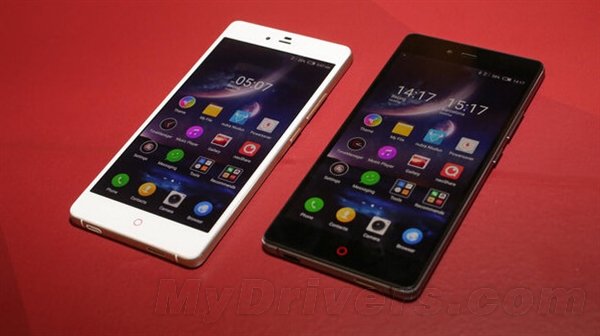 By the end of this month we will know every detail, but until today the specifications of the Nubia Z9 were still unknown. Many rumors, of course, have pointed us on the right path by talking about a high-end model equipped with Snapdragon 810, but only thanks to the confirmations that have just arrived from the well-known Antutu benchmark we finally have reliable information, which will almost certainly be confirmed during the official launch neighbor 26 March.

It certainly cannot be said that ZTE (the manufacturer hiding behind the premium brand Nubia) has concealed the cards it is about to play well. In order to attract attention to a product that has missed the important appeal of the Mobile World Congress, in fact, the company has circulated some rumors and many images of the future flagship phone (even shown in a hands-on) and he "carelessly" let Antutu record the data of the new terminal. Thanks to this oversight, therefore, not only do we now know the design, which as imposed by fashion will be based on glass and aluminum, but we also learned most of the Nubia Z9 specs. With pleasure and slight surprise, for example, we discovered that the device will arrive on the market with Android Lollipop 5.0.2 standard, while the use of 3GB of RAM, in line with the new market standards. 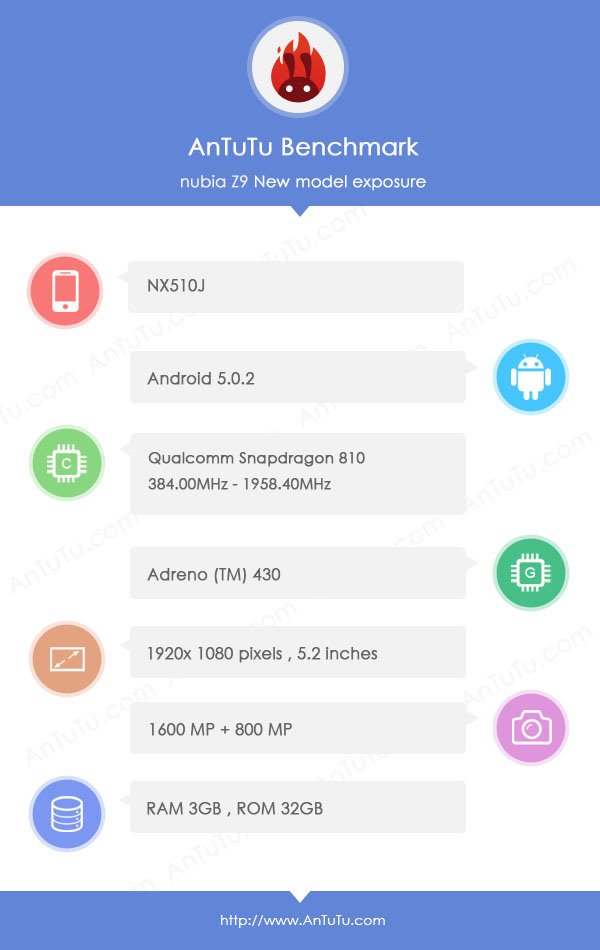 The well-known benchmark tells us about a device with display FullHD from 5.2 inches diagonal (a good compromise for those who can't stand too bulky devices but don't want to sacrifice the screen size), which we must probably identify with the standard or mini model of the future device. Nubia Z9, in fact, according to rumors will follow the same market policy that led to the presentation of the Z7, Z7 Mini and Z7 Max and will therefore arrive in three different versions.

The specifications just released also inform us of the presence of a ROM from 32GB, an excellent photographic compartment (equipped with a rear sensor from 16 Megapixel and a front one from 8 Megapixel) and, of course, of the SoC Snapdragon 810. 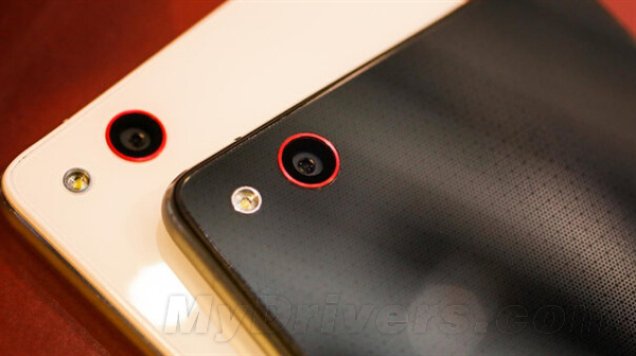 The details released today should prove to be fairly accurate, but we are still eager to find out the features of the other two versions of the device (which may be quite different). If these Nubia Z9 specifications prove to be correct, would you be interested in purchasing this device?